You never really know who you will meet on your travels.  Looking at him, I never would have dreamed that he had created such a mass amount of great work that was stunning and thought-provoking.  I loved the smoothness of his metal art pieces. The pieces were heavy, cool to the touch, and engaging. He was a metal sculptor from Santiago, Chile, and one of this countries greatest treasures. He has many public pieces of art displayed worldwide in Boston, Beijing, Madrid, New York, and Santiago.

He was the first Chilean artist to make large-scale metal sculptures. He began his studies in architecture, but soon after became interested in fine art. Eventually moving to Paris to continue his studies in painting and drawing at the Ecole de Beaux Arts and the Academie Jullian de Paris. Castillo won numerous grants and awards for his work, including the famed Fullbright Scholarship.

He only died a few years ago without enough recognition for his works in my opinion. And to me, he had the proverbial life of a talented artist. They never really receive their recognition while alive, but mostly only after death. But without further ado, let me introduce you to:

and his works of art 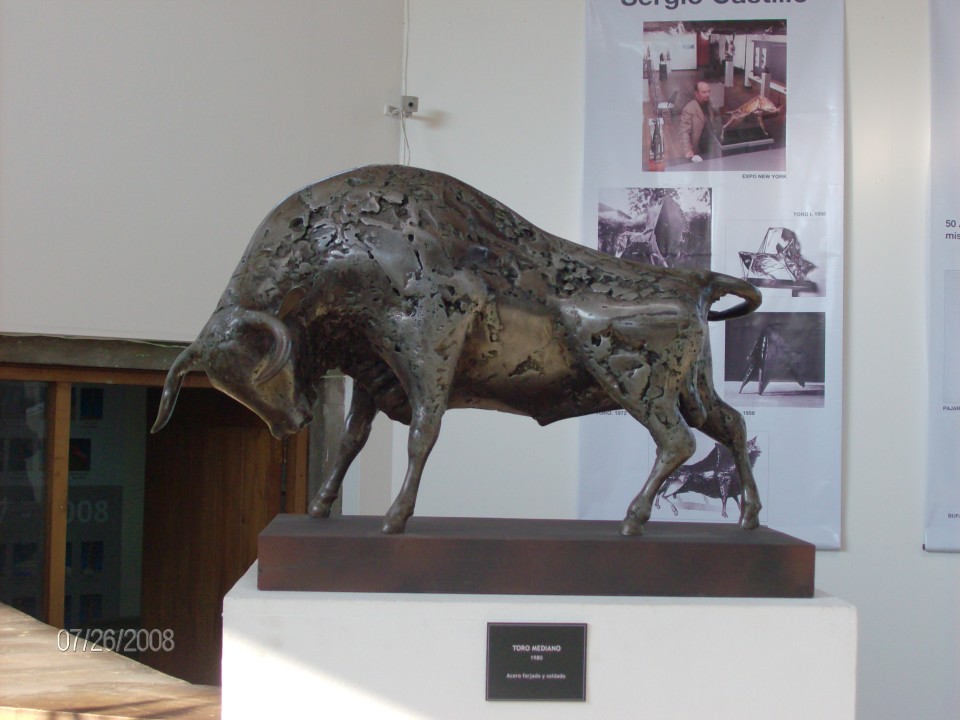 Sergio Castillo is a treasure of Chile. 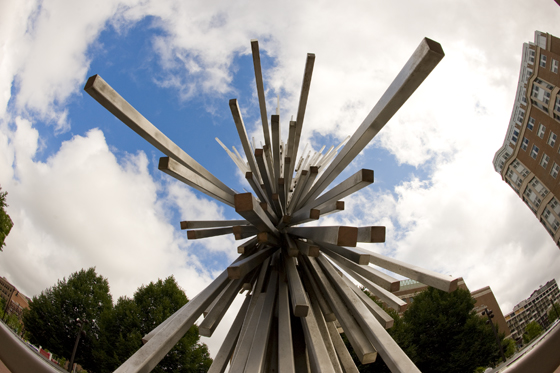 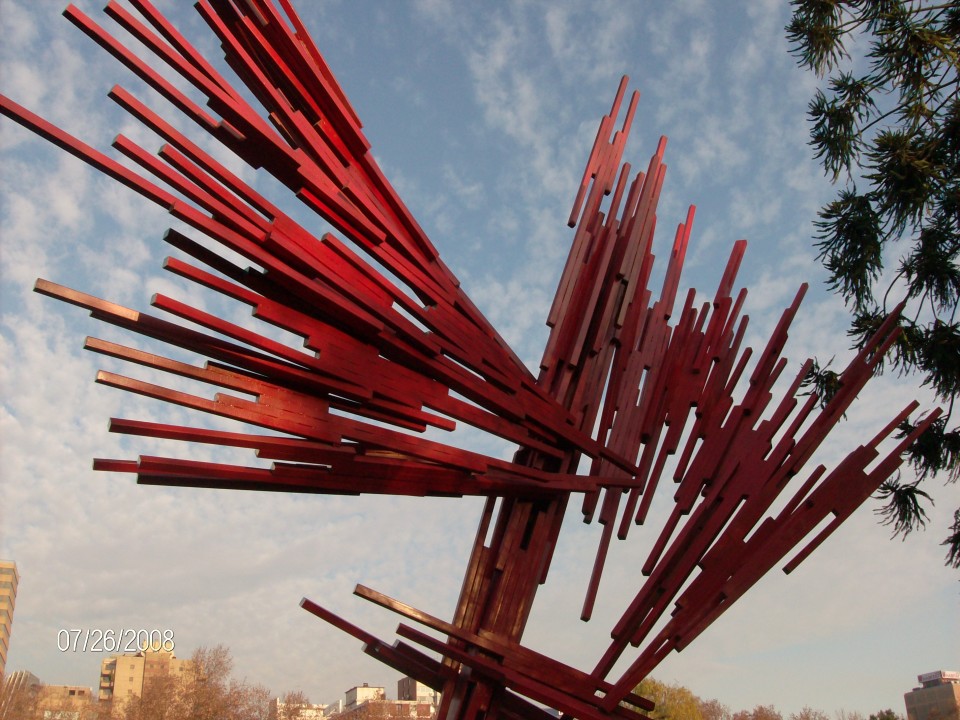 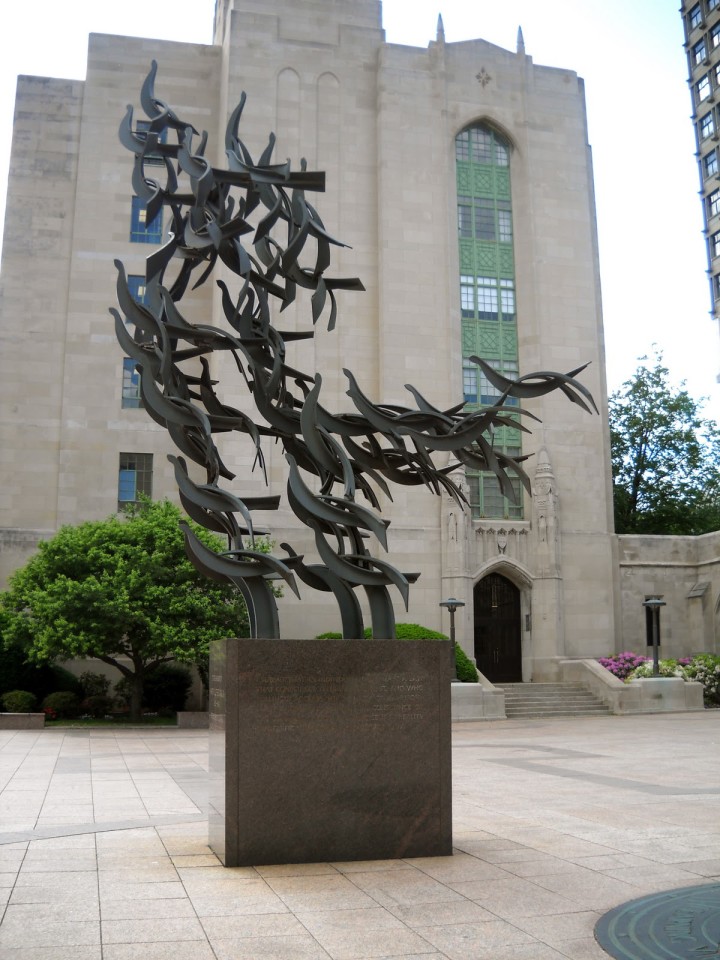 A value-luxury adventure traveler at heart, Dr. Cacinda Maloney shares her experiences as someone who has traveled every six weeks of her life for the last 20 plus years. Being a travel writer, blogger and social media influencer, she now travels more than that! She is Phoenix, Arizona based, but maintains an apartment in Santiago, Chile. She is a member of the Professional Travel Bloggers Association (PTBA), Media Kitty and the International Food, Wine and Travelers Association (IFWTWA). Read more...

As a personal friend of Sergio, and Silvia Westermann from Boston, I own a large TORO, his Hemaphrodite, and a small Toro. Also, in 2009, I initiated the “rescue” of a neglected early work in Sausalito, CA which is now displayed in a new place of distinction on the waterfront. their.I suggest people view it. A great sculptor and wonderful gentleman. who i remember welding on the top of his “Free at Last”. John Livingstone

John, thank you so much for adding this comment to my story about Mr. Castillo. I had a wonderful time meeting him and I also have a small Toro from his personal collection. What is the name of the waterfront store where it is displayed? I would love to come visit.

There are 4 very large Castillo sculptures on the Boston University campus including Free at Last which is a tribute to Martin Luther King who graduated from BU.

Awesome! I have never been there, but would love to see them.

Hey Cacinda, truly an interesting friend to meet traveling. I believe I had seen the last piece in Boston a long time ago, very interesting to see something like that come full circle and hear about the caballero who crafted it.

Yes, he is an amazing sculptor and I would love to see his pieces in Boston.

Hi Cacinda! Thanks so much for entering the contest, this was such an awesome post! You’re very lucky to have met the talented Sergio Castillo, his art is very inspiring!

Truly Sr. Castillo is one of the greats from his country and such a kind man. I was honored to sit with him and chat!