How I Grew Up in the Beijing Zoo, Beijing, China 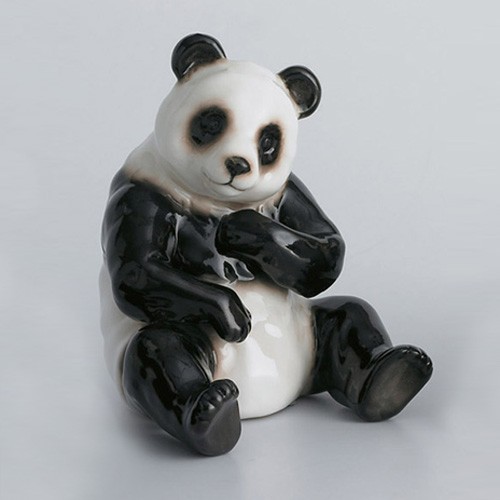 As a little girl, she bounced around the house bumping into the coffee table, when the precious crystal glass panda figurine fell to the floor. Reaching down and grabbing it right before it could have hit the floor, she was relieved. She scanned the room, and soon she realized her house wasn’t like other people’s house, as her mother was a collector. A collector of things and this time the collection was Pandas. Figurines of every size to panda imprinted towels, t-shirts, and hot plates, to Christmas ornaments and jewelry.  You name it, her Mother had it.

If you googled panda collectibles on eBay, that was what was in her house, she even had a panda closet, for when the overflow of the collection became too much. Her house could have been known as the Asian Panda House and along with that came the stories and the memories that engraved in her mind on how one day, she too, would collect memories of her own pandas, just in a little bit different way.

They pulled up to the building with the big concrete sign of golden letters, in Mandarin it read:

She was so excited, she took a deep breath, as she could barely hold back her energy. Finally, the day had come that she had dreamed about her entire life, a chance to see a real-life giant panda bear in China. They lived here at the Beijing Zoo, which was built in 1906 during the Qing Dynasty. At the time it was a small area of land with only a few humble pavilions to house the animals. Later it was renamed as the Beijing Zoo in 1955, and now covers a massive amount of land and breeds over 5000 animals in more than 450 species, but there were only one species she wanted to see:

The Beijing Zoo has rare Chinese animals, such as the Giant Panda, the Golden Monkey, the Red Panda, Sichuan golden monkey, and Manchurian tigers. But she could wait no longer. 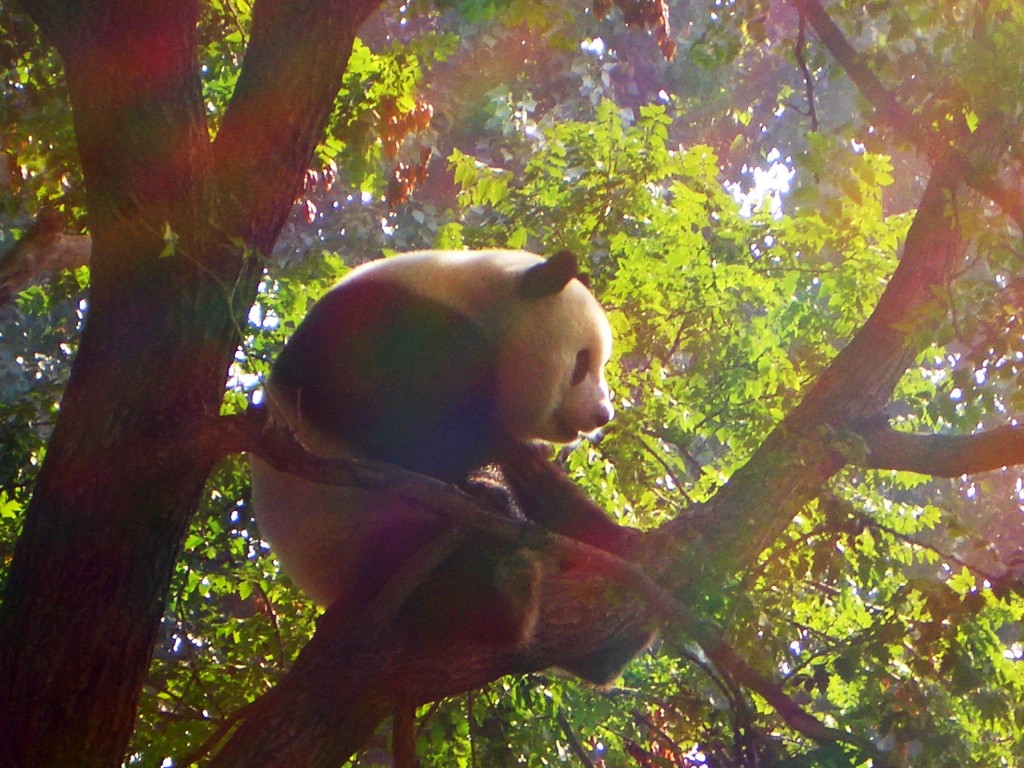 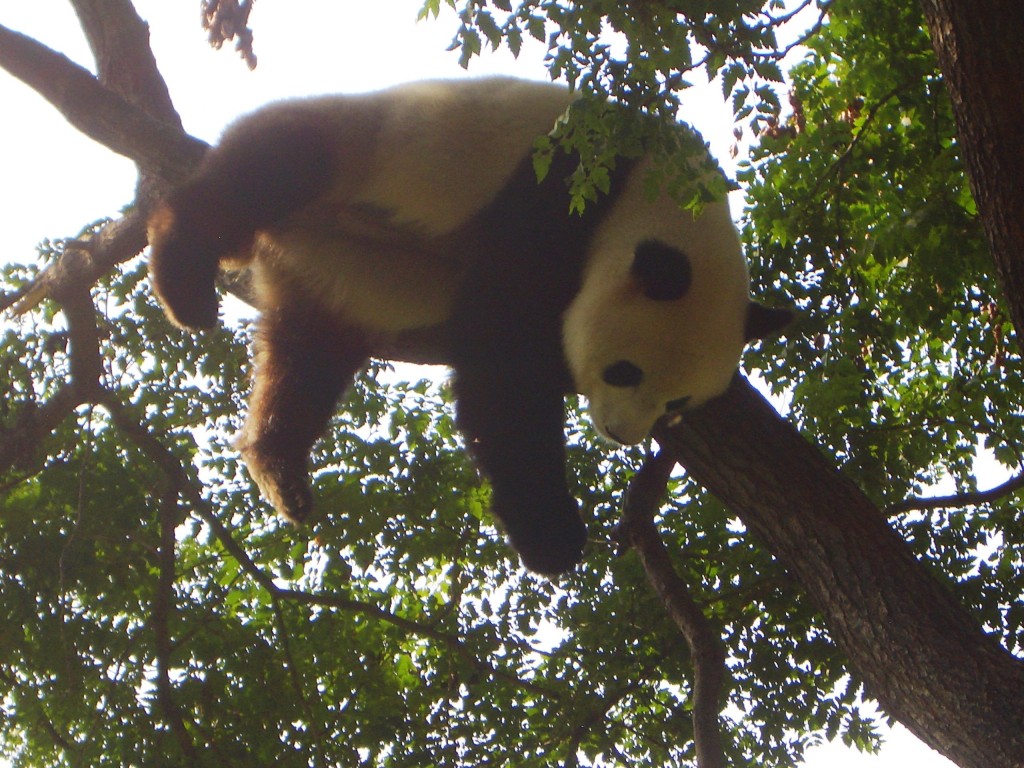 In the over 10,000 square meter Asian Games Panda House, built in 1990 for the 11th Asian Games, they currently house 5 pandas, the youngest being 2 years old. The Giant Panda Hall is designed on a circular pattern inspired by the Tai Chi symbol. 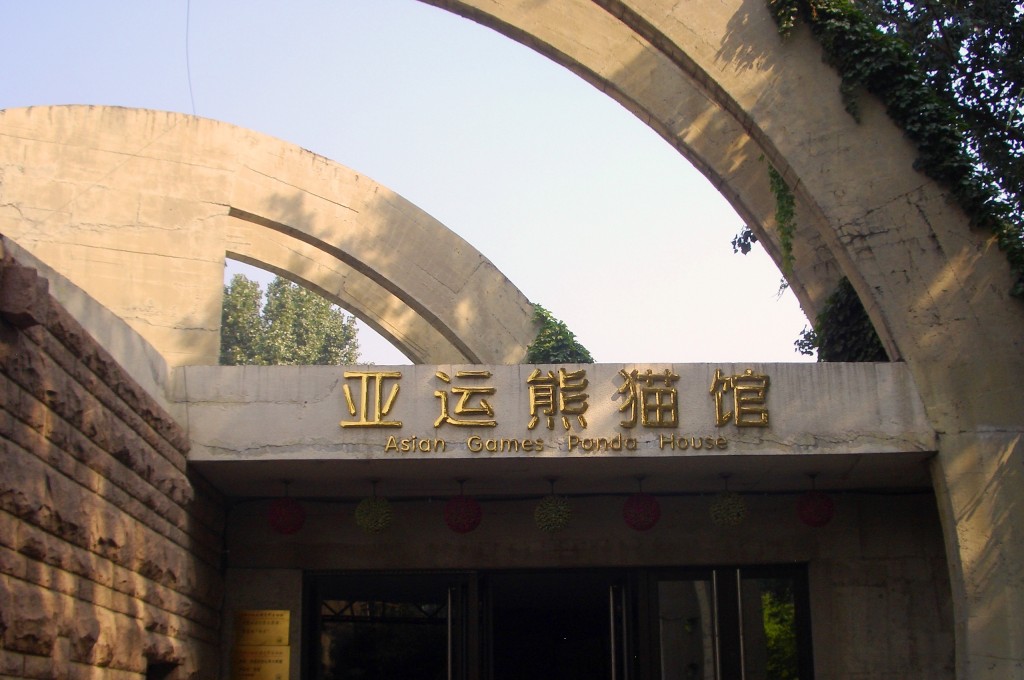 They have an interior hall and an outside “playground” for the pandas with trees, climbing structures, and lots of places to lean back and enjoy a snack. There they were, lounging around and hanging from the trees! Looking so innocent and soft, like a real-life, stuffed teddy bear. She was amazed at their leisure, the nonchalant attitude they had as they grazed and relaxed in the warm sun. Finally, she had gotten to have a face to face encounter with a Giant Panda, the emblem of China. Obviously, that she was me and I finally felt satisfied in the moment, one more bucket list item had been checked off! 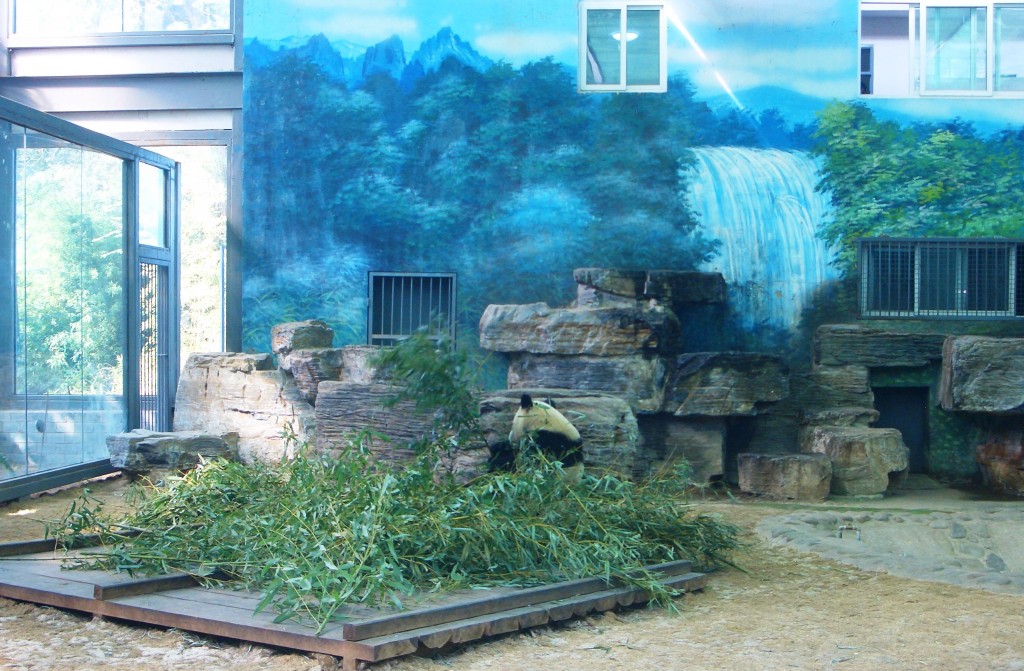 The Giant Panda lives here on its diet of 99% bamboo and thus bamboo is grown right here on the premises.  They also live in a few mountain ranges in central China, mainly in Sichuan province, but due to farming, deforestation, and other developments, the Giant Panda has been driven out of the lowland areas where it once lived.  The Giant Panda is a conservation reliant endangered species 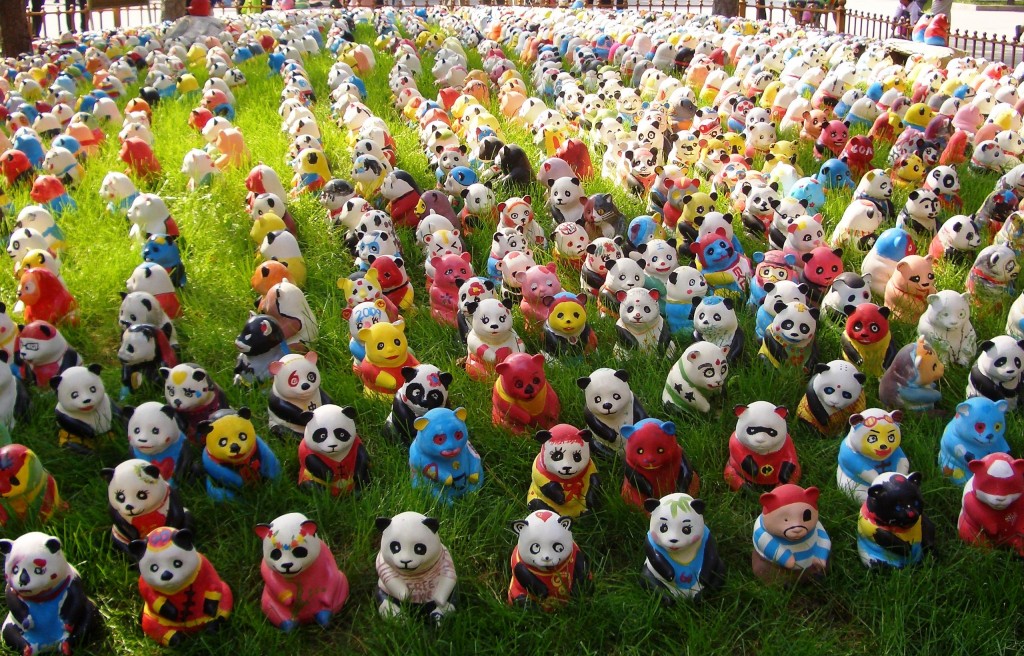 While the dragon has historically served as China’s national emblem, in recent decades the Giant Panda has also served as an emblem for the country.  Its image appears all over China and for that little girl in me, represents the country I always dreamed I would once go to.

The Ancient Water Town of Harris – Venice of East China