Isn’t value luxury worth it? The Devil is in the Details

What is value or smart luxury?  It is basically staying in high-end or boutique hotels, an amazing bed and breakfasts, charming apartments,  rentals cottages or anything that is considered in the luxury market at discount prices, for great price points or using your points in a loyalty program.  Getting more bang for your buck with the same luxury stays, but just at discount pricing.  Vacations that make the most of your budget, while maximizing your enjoyment of the experience that mean the most to you is called “Value Luxury”.  I have also heard it called bargain luxury.  You get what you want a deep discount and cut out the middle man. 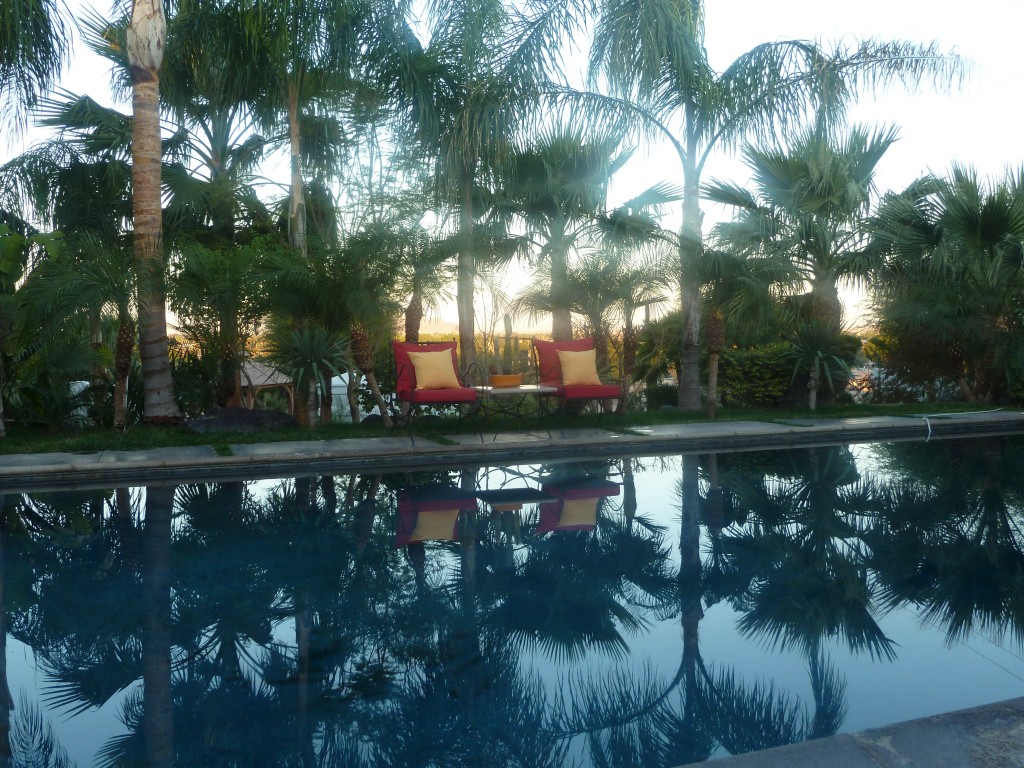 I had been staying at the Westin Harbour Castle Hotel in Toronto, Canada for a conference on travel blogging.  When I went to leave, for the first time in over 18 years, I had a flight that went mechanical, and then was rebooked to a flight that got canceled.  Basically, I spent my entire day at the airport in Toronto, Canada because American Airways was unable to get me to Phoenix.

So what did I get in way of my compensation for this inconvenience?

Let me tell you:  Not much.

I was given a hotel voucher for an overnight stay at the Hampton Inn Toronto Airport and 2 food vouchers, one for $10 dinner and one for a $5 breakfast.

The reason I am writing this post is to explain why I don’t stay at Hampton Inn’s very often or really at any low-end budget hotel very often.

I thought to myself as I was boarding that bus to the hotel: “Really, how bad could a Hampton Inn be?”  Well, let me tell you. 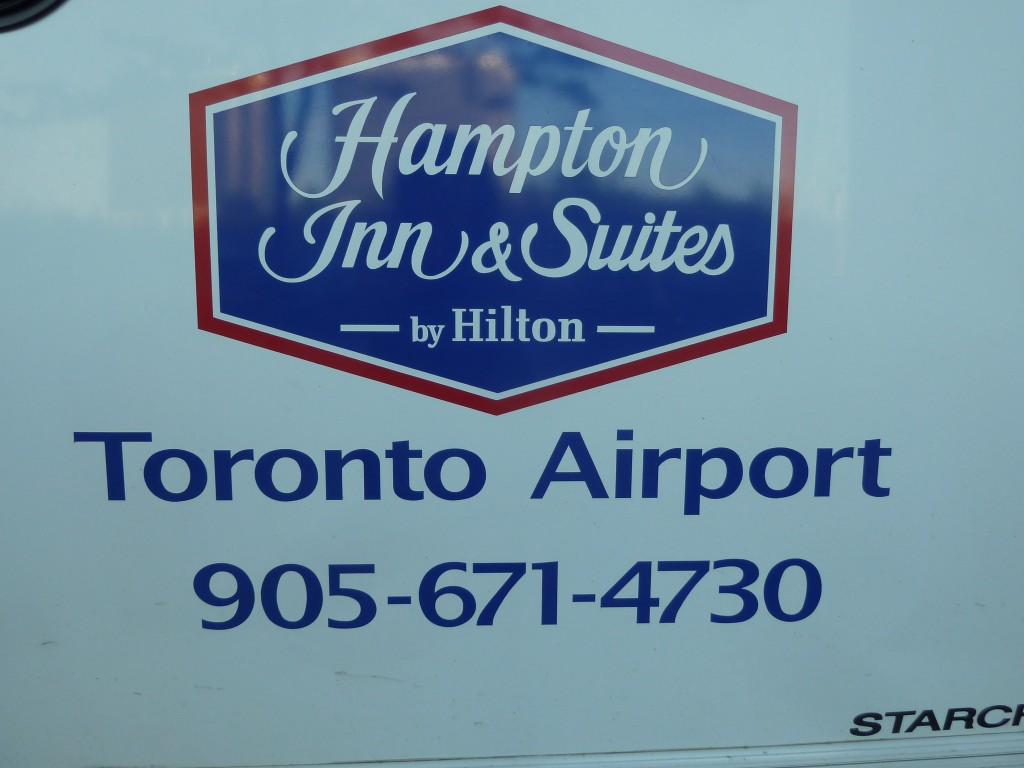 Truly this one is one of the better low-end hotels I have stayed at in the past.  It looked to have been recently refurbished and I do have to say that I liked the designer style and colors that were picked.  Check-in was fast and informative, although, she did forget to mention the free wi-fi, which is a must for a travel writer or really anybody these days.  Once I made it to my room which had a smoking stench, I simply called down and requested a non- smoking room to get a room change.  They were courteous and the change happened quickly without me even telling them my name when I arrived at the front desk.

But truly the reason I don’t like to stay in low-end hotels is not a function of the designer curtains, furniture or accessories, but it is in the details of the hotel.

They simply are not acceptable and although appeared to be clean, just don’t have the thread count or down comforters that I am accustomed to, ie they are not soft or comfortable. 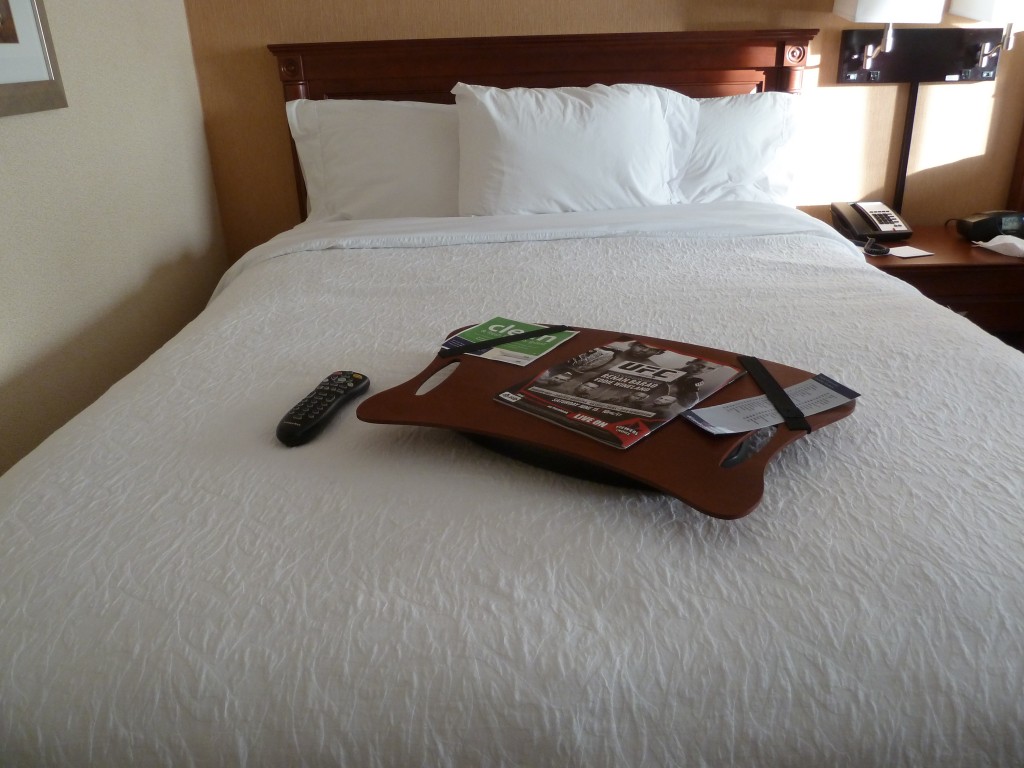 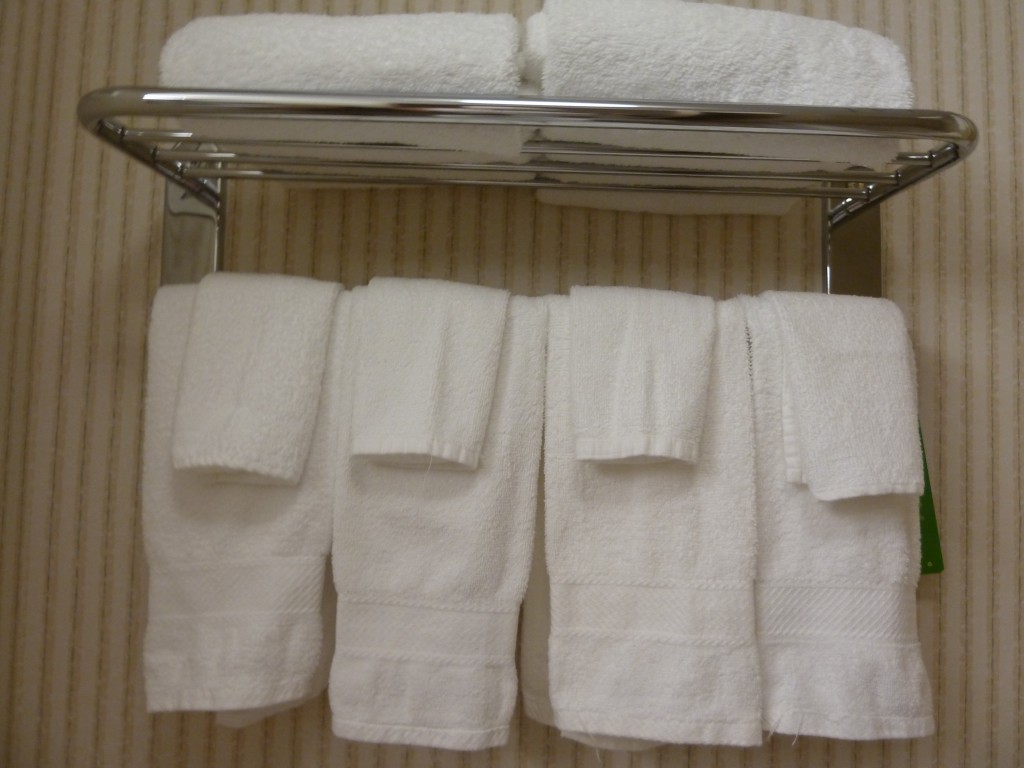 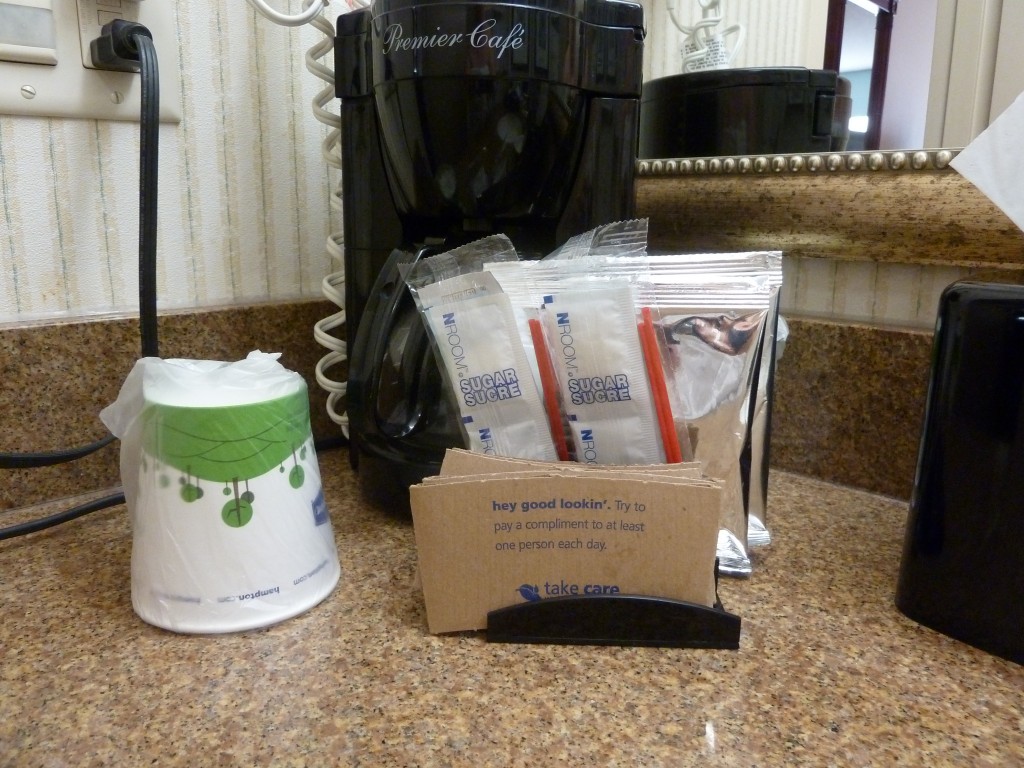 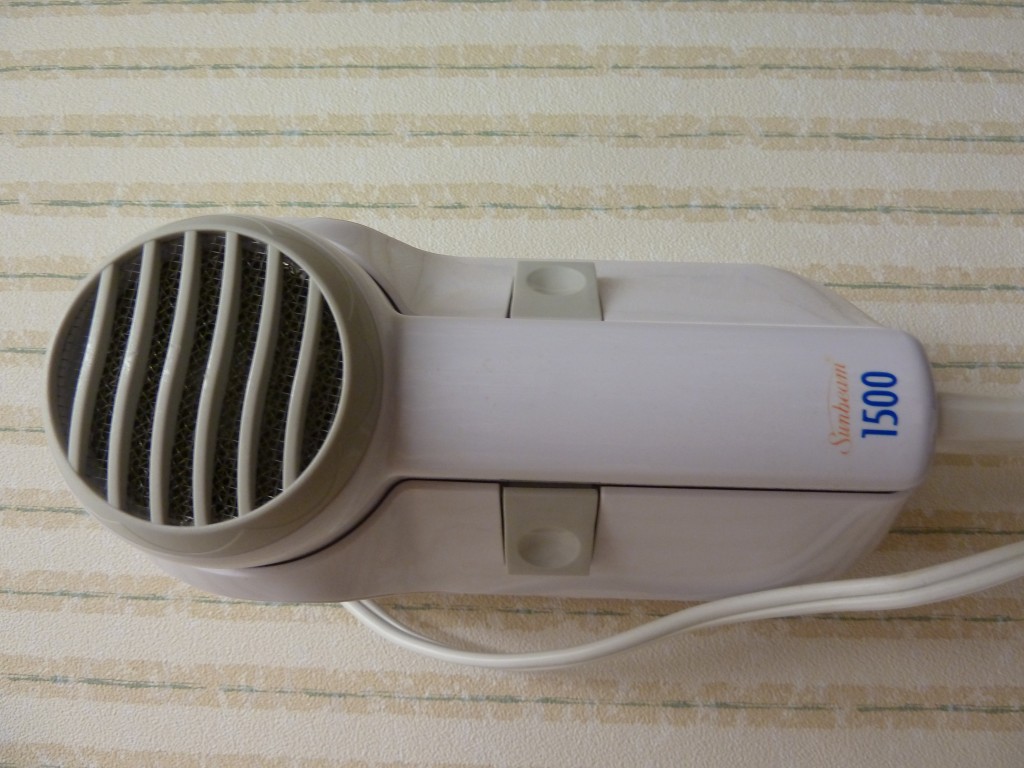 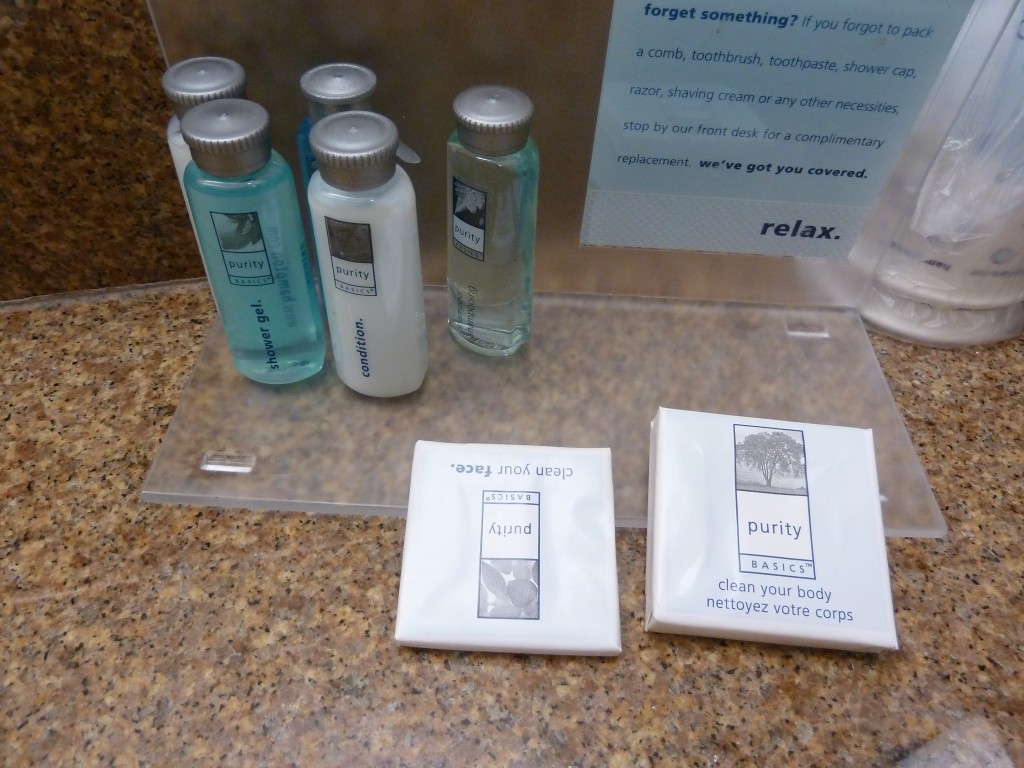 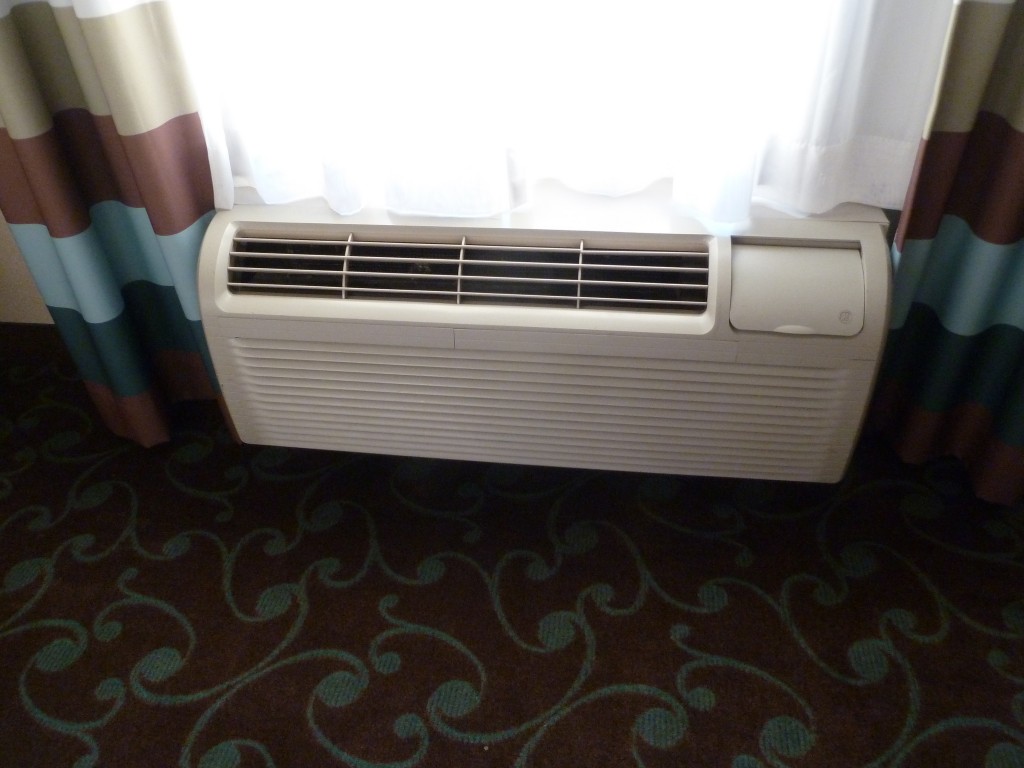 So, why not just work a little extra in finding the deals yourself or gaining the hotel loyalty points to be able to stay in a luxury property, instead of having to deal with the above mentioned lacks?  Honestly, I am so used to staying in high end properties, that I had forgotten what lower end brands were like.  Also, it never crossed my mind to take photos of the Westin Harbour Castle Toronto, as it wasn’t that spectacular, it just had the minimum amenities that I have become used to.

The costs to stay at the Hampton Inn Toronto Airport was free in this situation paid for by American Airlines and typically runs $149 CAD for two queen beds.  The cost to stay at the Westin Harbour Castle Toronto was 5000 points and $75 a night or 10,000 points per night.  Without the cash and points option, it would run $198-250 CAD per night, and who wants to pay that?  That is why I am a member of their loyalty program and mostly always use my points to stay in high end hotels over $175.

Bottom line: Be on the look out for the higher end, luxury places to stay, so you don’t have to deal with low budget accommodations.