The Quirky Side of San Francisco 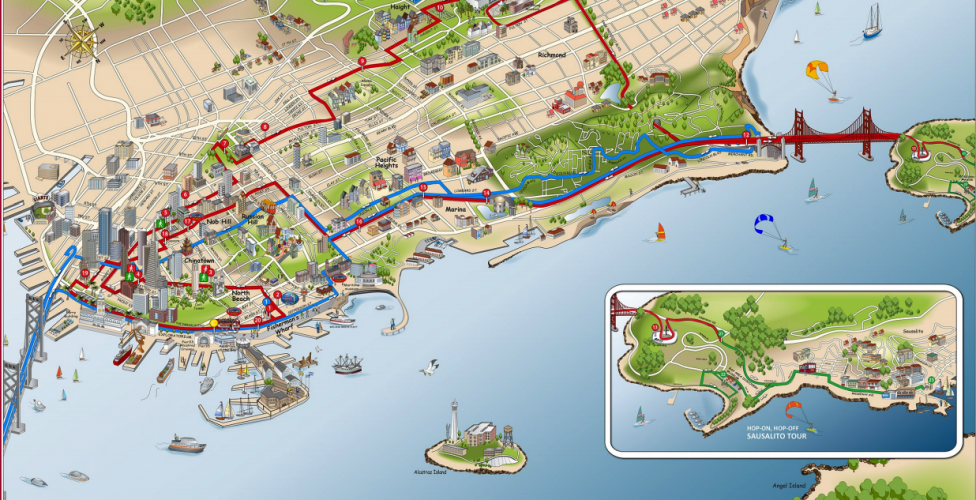 One thing San Francisco is not short of is quirky charm. In fact, the city has this in spades. Sitting on a peninsula in the Pacific, this west coast metropolis is a place of spectacular vistas, rolling fog, winding streets, hippie culture and much more.

San Francisco Has It All

If you’re planning to stay in a San Francisco hotel, you might be keen to catch the usual tourist attractions, such as Pier 39, the Golden Gate Bridge and Park, Lombard Street and Alcatraz Island. These iconic visitor spots are certainly well worth a look.

And of course, you can do the typical tourist things and ride a cable car. As no trip to the city is complete without a ride on a cable car. This mode of transport harks back to a time before cars and buses, and it helps to give San Francisco its distinctive character. You can enjoy a tour of the various hills and neighborhoods, while also getting a fascinating insight into local life. By cable car, you can visit districts such as Fisherman’s Wharf, Union Square and Chinatown. And remember to take your camera with you because there are bound to be plenty of excellent photo opportunities.

The Quirky Side of San Francisco

However, there’s a whole other side to this urban jungle that’s altogether less well known yet even more intriguing.

One top tip is to take your camera to the Wave Organ. Located on a jetty that extends into San Francisco Bay off Marina Boulevard, this eye-catching acoustic sculpture features a mixture of cement tubes, bricks, PVC pipes, gravestones, blocks and stone slabs. It’s designed to use the waves that lap the shore to generate unique sounds and effects. The unusual creation was designed by artist Peter Richards and stonemason George Gonzales in 1986. While there, you can enjoy fabulous views over Alcatraz Island and the bay.

Another off-beat attraction and a similarly exciting place to take some great photos is Vermont Street in the Potrero Hill District. Much less famous than its similarly winding counterpart Lombard Street, this road in fact has more bends. Between 20th and 22nd Street, it features seven sharp twists. This is great to do as a couple or for solo travel to San Francisco!

The Camera Obscura is another superb attraction. Located on Cliff House at 1090 Point Lobos Avenue, the building looks like a giant 35mm camera. Only in San Fran! Inside, you will find a live 306-degree color image of the surrounding area that is projected through a small hole in the ceiling onto a platform.

Of course, the city has plenty of bars and clubs to make the most of too, and it is renowned for its thriving gay scene. For a guaranteed great night, you can check out drag venues such as Asia SF, complete with its ‘gender illusionist’ bar staff. Other top venues include Stud Club, which prides itself on being open to revelers of all kinds, and Aunt Charlie’s Lounge.

Another thing this metropolis is famed for is its music scene, and if you fancy a look at some of the iconic musical spots of years gone by, check out the Great American Music Hall. Built in 1907, this beautiful building is certainly worth a visit. You might also want to take your camera along to the Fillmore, which used to be a big-band venue in the jazz era and has staged shows by the likes of Eric Clapton, Santana, and The Who.

These are just a few of the city’s attractions. One thing’s for sure, you won’t be bored while you’re staying in San Francisco!