National Geographic once called Rocky Mountaineer Train one of the “World’s Greatest Trips.” 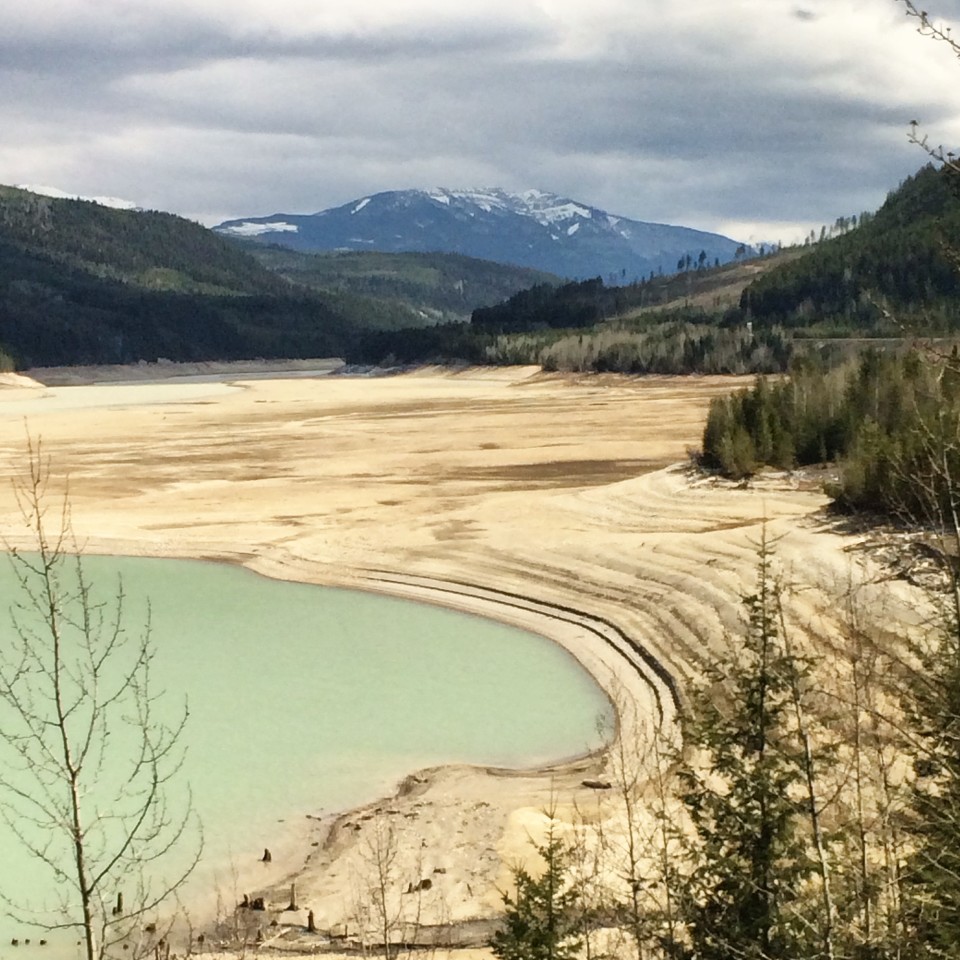 National Geographic once called the Rocky Mountaineer “Named as one of the World’ Greatest Trips.”

My Dad is a car guy, he still is. I believe once a car guy, always a car guy. Any extra money he had was always spent in that direction or anything related to it: cars, license plates, car garages, trailers, car magazines, car parts. Car, car, car, oh, and they had to have been made in the 1950’s. He even still has the first car he ever bought in Houston, Texas in 1958, a 55’ Mercury. I can still hear his stories now as he reminisces about the “good ole days”.

Here is the actual car, photoshopped in front of the movie theater where my Dad took my Mom on their first date: 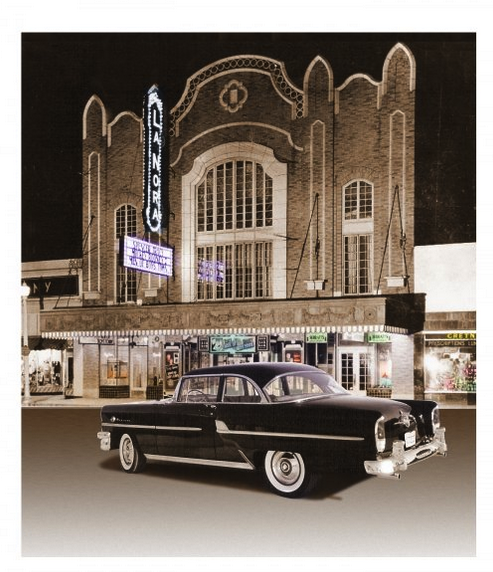 My Mom, on the other hand, she loved to travel. She would talk of the travels she would take “one day”. She made it to lots of places, but the two main ones I remember hearing about the most was:

Mom: “One day I want to go to Australia.”

Me: So I bought her a ticket on my 40th birthday and away we went. 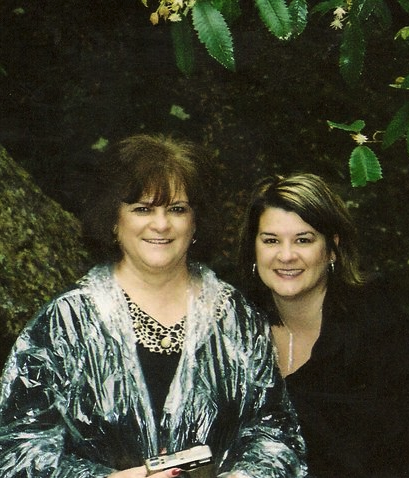 Mom and I: Trip to Australia

Mom: “One day I want to ride that train across Canada.”

Me: I had heard about it for years and when it came time to get my parents  a 50th wedding anniversary present, I knew that train (The Rocky Mountaineer Train) would be the perfect gift: 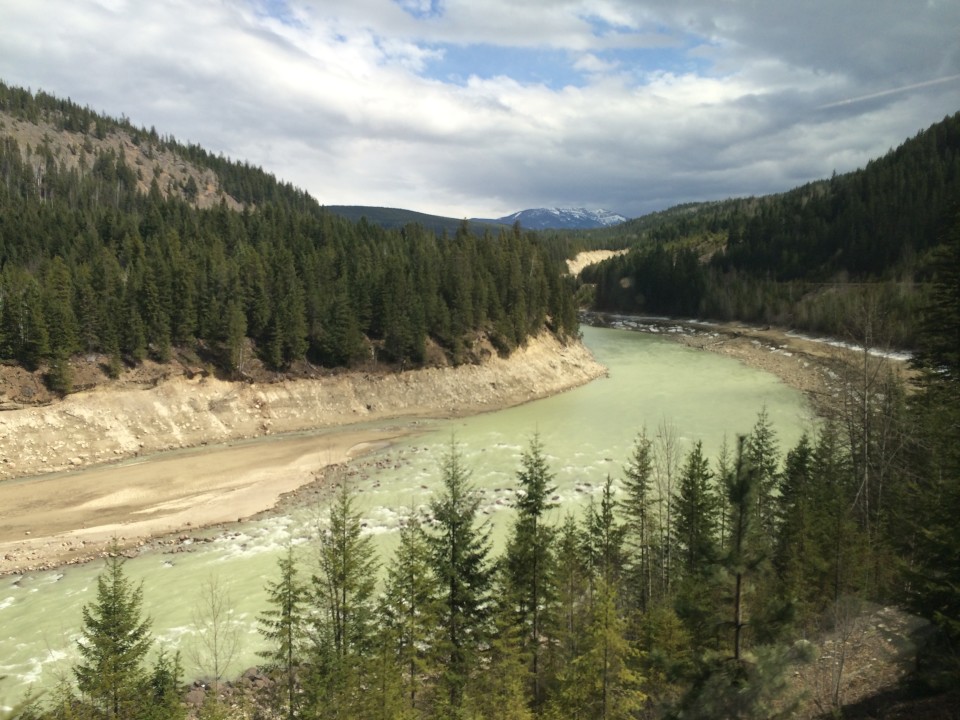 I mean, what else do you get the couple who has spent life together for over 50 years? So that’s what I did back in 1995 and now it was my turn! 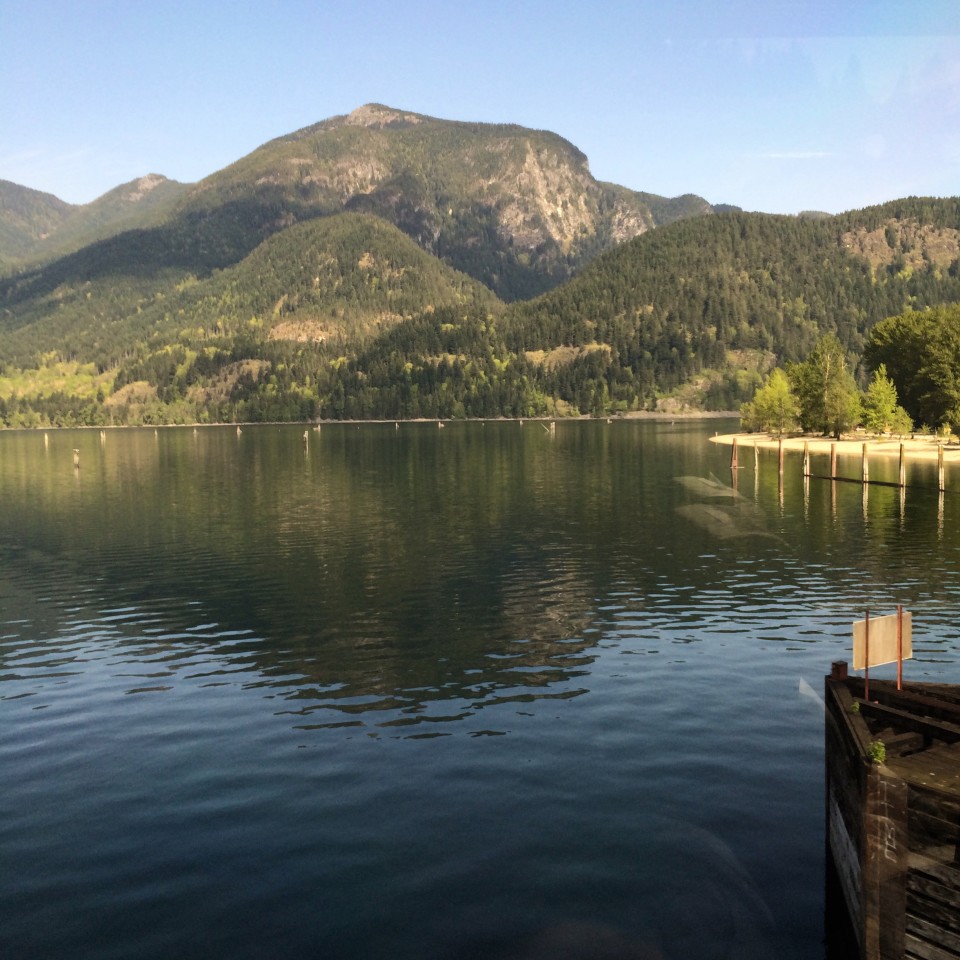 Inaugural trek celebrating 25 years in 2015 of a great railway journey:

I was lucky enough to be invited on the inaugural trek celebrating 25 years of that train riding across Canada on a trip from Vancouver to Calgary. Anxious to get there, I made my way off the bus and towards the bagpipe player. I gazed out the huge floor to ceiling glass windows in the station to get a peek at the famous Rocky Mountaineer train. Soon it was time and with the bagpipes playing, the entire crew lined up outside in front of the train to simultaneously “wave” at all of the peering guests.

The train bellows sounded, the “All Aboard” shout out was made and we were off.

From Vancouver to Kamloops

There are many routes to take when deciding which train ride you want to take. The train ride I was on was from Vancouver to Kamloops and then Kamloops to Banff.  I had only two short days on the Rocky Mountaineer train that had that unforgettable scenery. 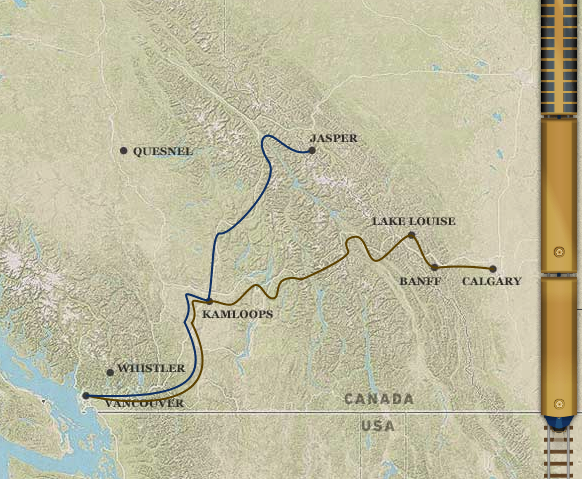 I was assigned my seat in the Gold Leaf Service. Once onboard, you will notice how big these ”train pods” are. Gold Leaf is the Rocky Mountaineer Train’s first class category, which is keeping with my value luxury branding. These cars have two levels, an upper-level glass domed car for sitting and a lower level train level for dining. Also if you want to step outside for a breath of fresh air or to take some photographs, there is also a Vestibule at the back, an outdoor viewing platform. They also have a Red Leaf Service where you are served food in your seat since there is no separate dining car.

Notice the reflection in this photo beauty (which coincides with #5 from this linked article about Rocky Mountaineer Train): 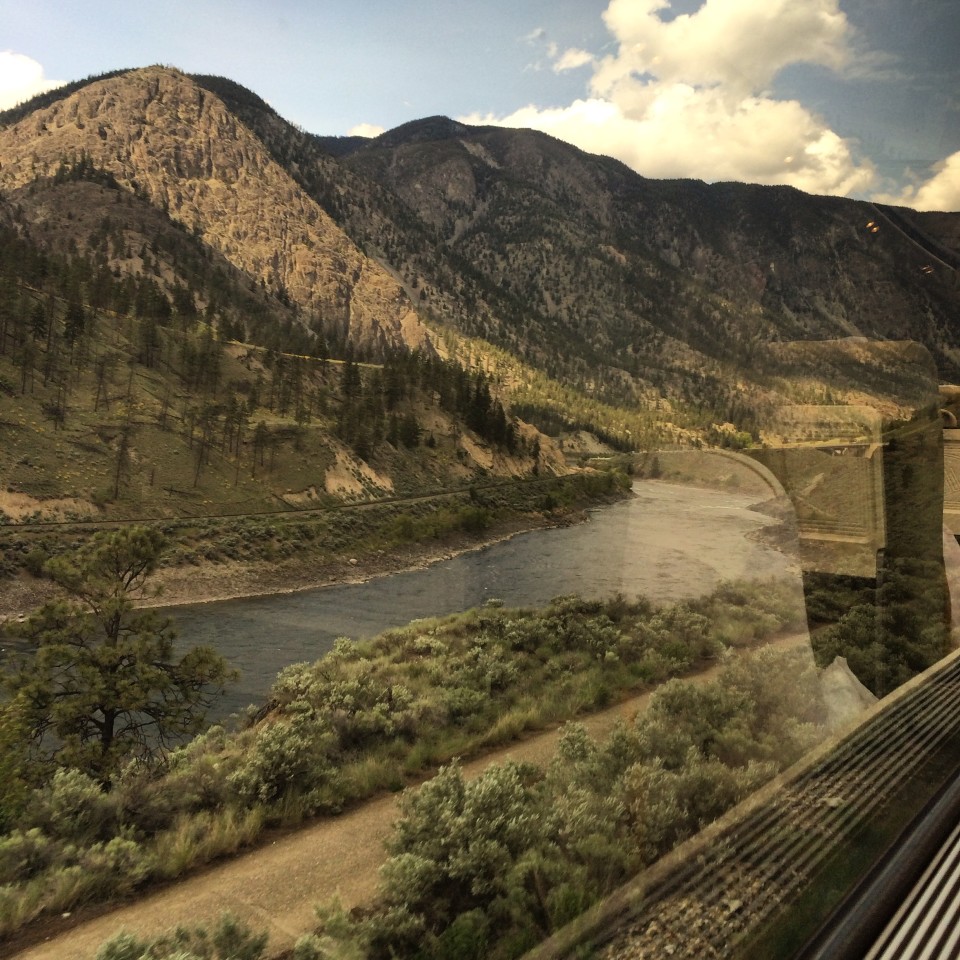 The entire first few hours is fascinating as you watch the landscape change literally right before your eyes. There is no doubt that Vancouver is a beautiful place, so be sure and save a few extra days for that, but as the landscape begins to change, the city eventually gets left behind and eventually you are right smack dab in the middle of the forest and majestic mountains. Really words don’t suffice it here, as the scenery takes the front row. 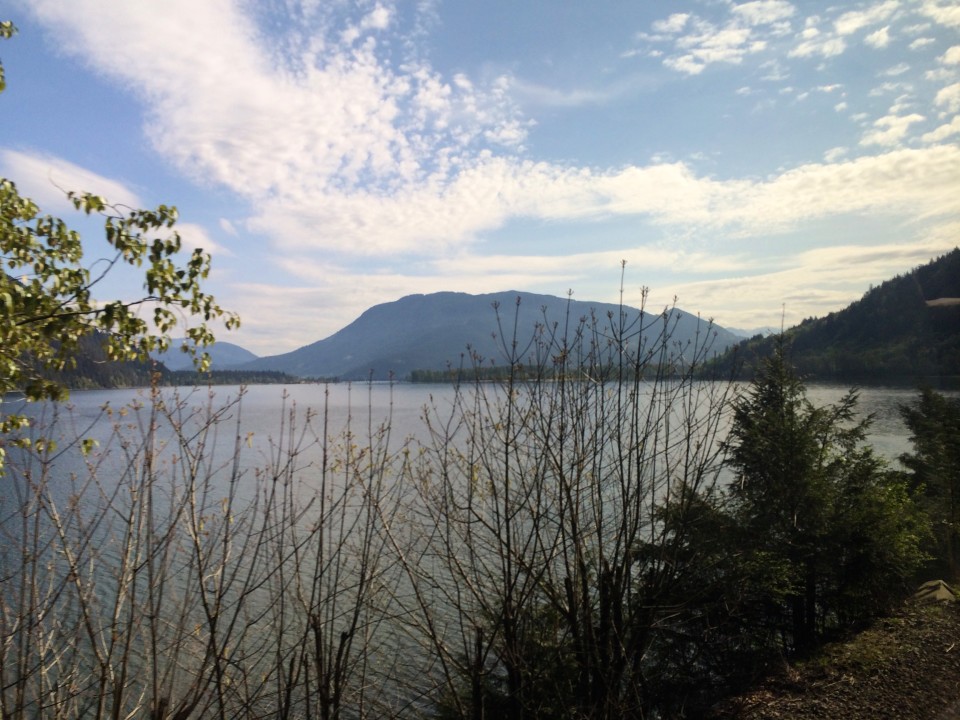 At times, the views from the panoramic windows of the Rocky Mountaineer train seem like a dream, where there are almost too many trees, streams, rivers, mountains, waterfalls, and vistas to see.  Signs of life as we know it are left so far behind that you will think you have become Lewis and Clark explorers, only in style and luxury! Be sure to put the Rocky Mountaineer Train on your bucket list. 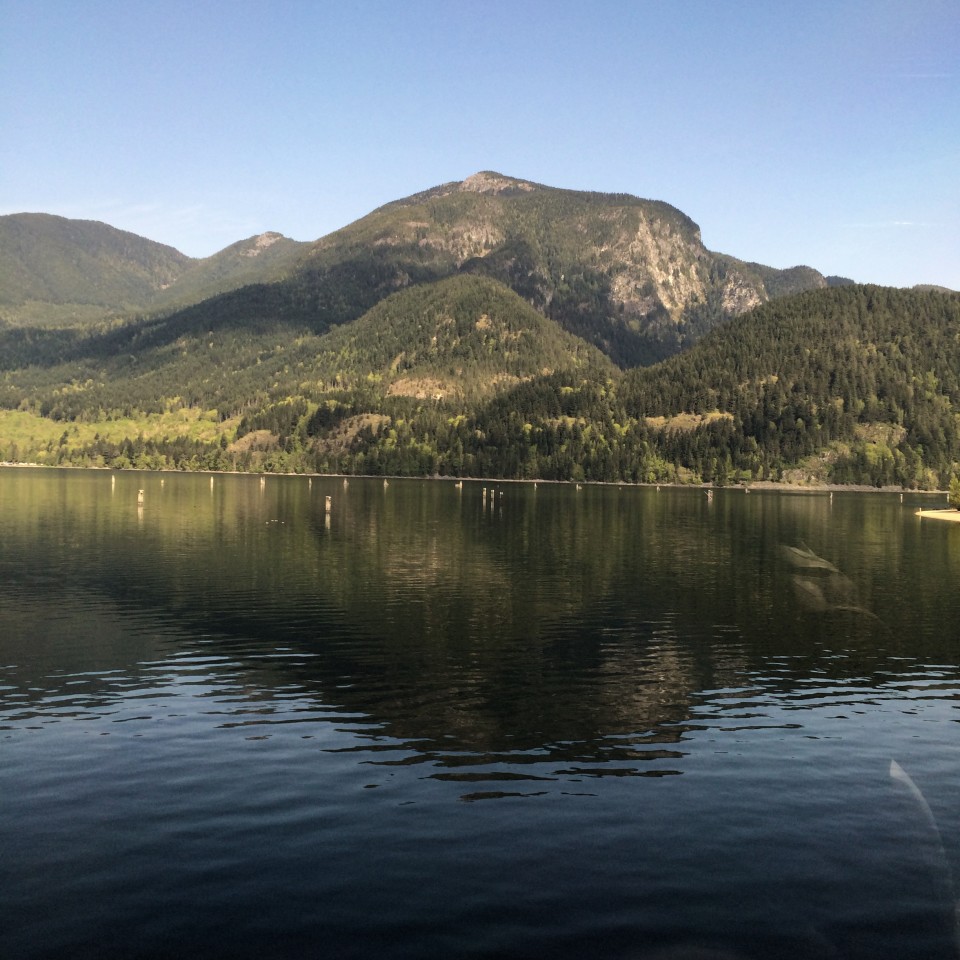 Lonely Planet once called the Rocky Mountaineer Train “one of the life-altering trips.”

Lonely Planet says “One of the World’s Ultimate Experiences.”

You should take a ride on the Rocky Mountaineer Train and tell me what you think about it! 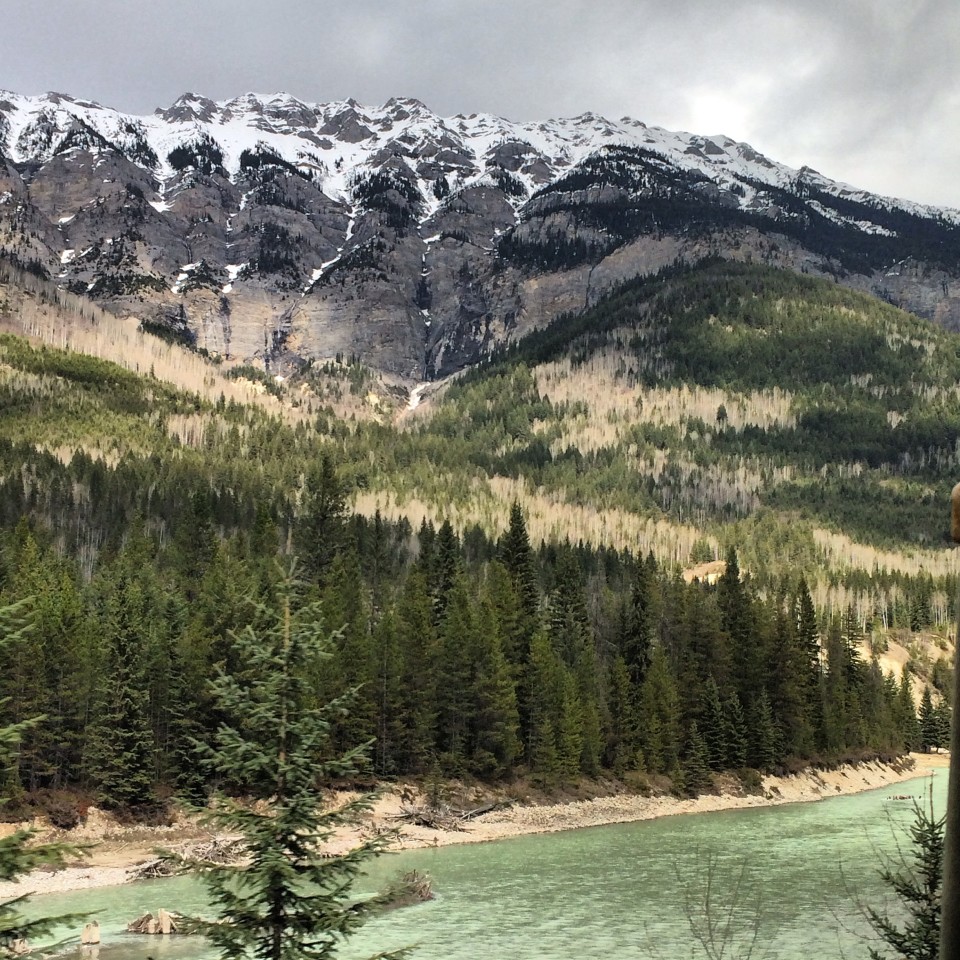 Here is another article I wrote about my time spent on the Rocky Mountaineer Train:

And a few more about experiences on the Rocky Mountaineer Train:

8 Hours on the Rocky Mountaineer Train

All Aboard! 5 Reasons to Ride the Rocky Mountaineer Train Now

Rocky Mountaineer Train routes quiz: and what mountain animal are you?

How Not to Meet People on the Rocky Mountaineer Train 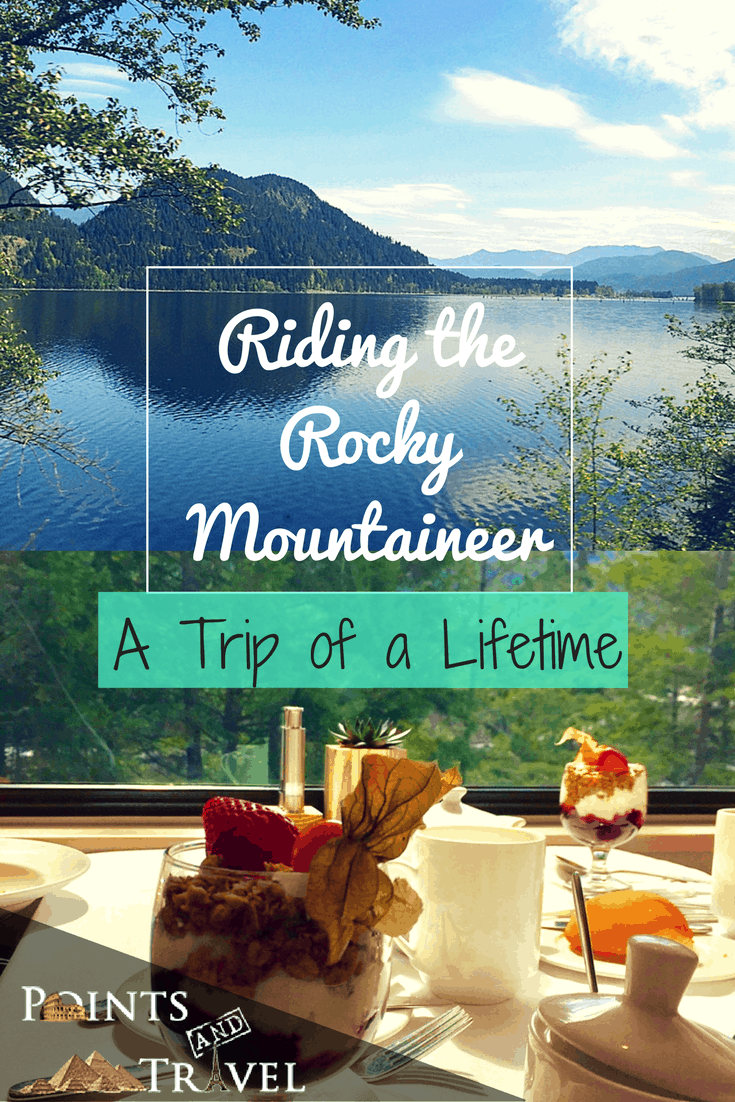 A couple of years ago, we traveled the Rocky Mountaineer between Vancouver and Whistler (Gold Leaf service!). It was so interesting how the scenery we saw from the train was so different than what we're used to seeing when driving that route. Guess when you're not driving, you can focus on the waterfalls and bridges and gorges and mountains! Last year, we took VIA Rail (don't tell Rocky Mountaineer!) from Vancouver to Jasper and back (lucky us, we won sleeper tickets as a door prize). Fab trip. Now we'd like to do the train trip between Vancouver and Calgary with Rocky Mountaineer, because you chug through the Rocky Mountains during the daytime (stopping in Kamloops for the night at a hotel).

True, when you are not driving you cam see so much more!

I love GoldLeaf! I practically lived in the open-air viewing car - except when it was time to eat, of course!