Sawasdee Ka!  That is the first greeting I hear upon entering my Thai Airways (ThaiAir) international flights to Bangkok.  With two hands put together, as if in prayer and a bow with the head.  I like this already!  It feels very respectful.

Some of the highlights included the following: 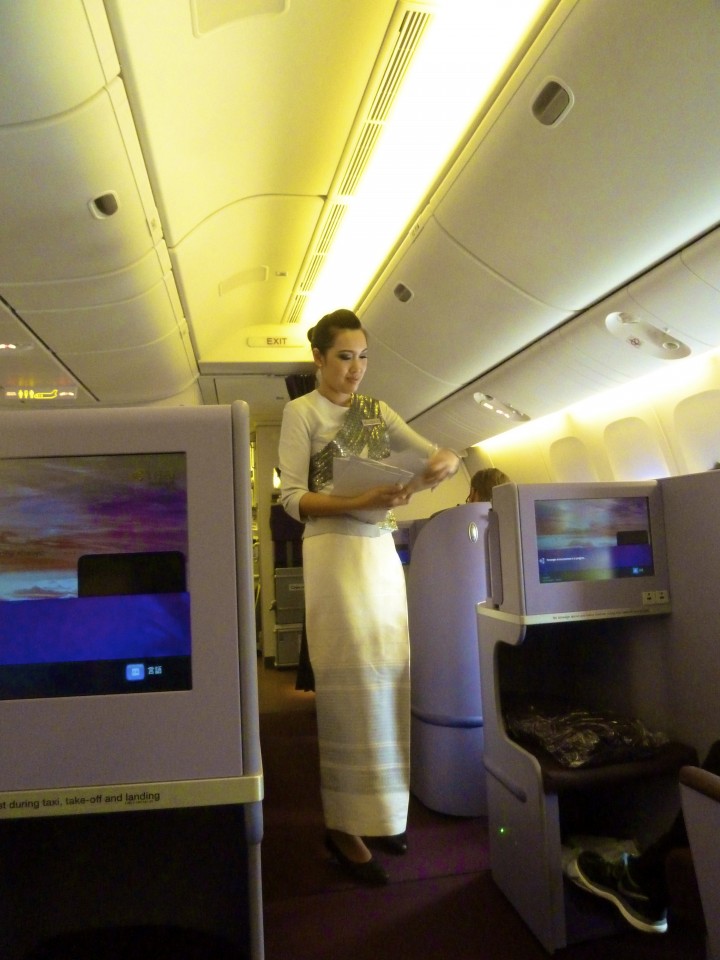 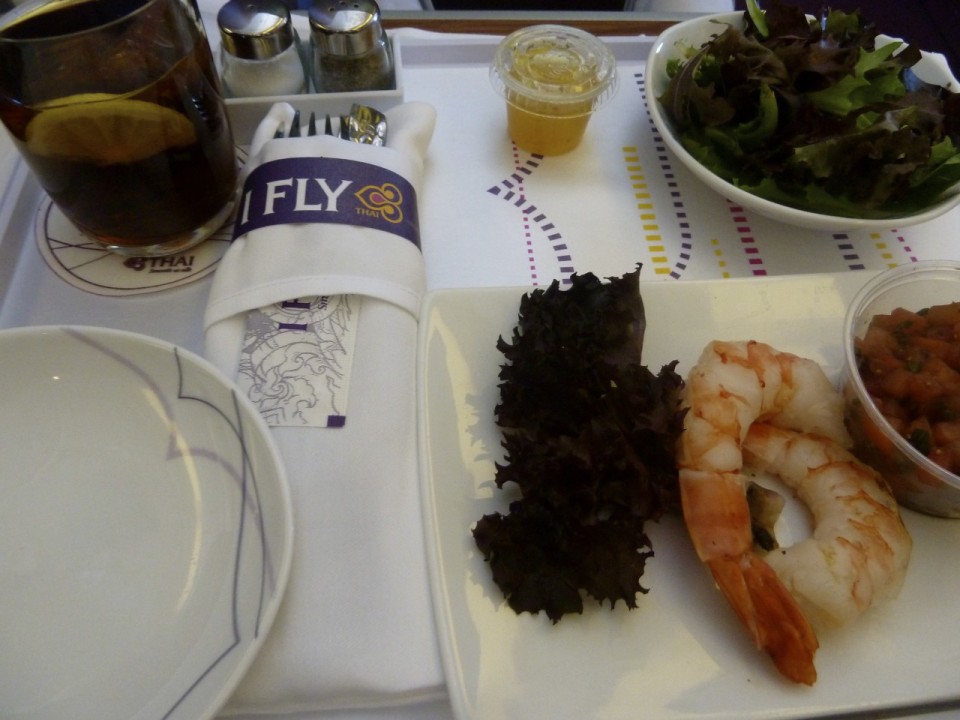 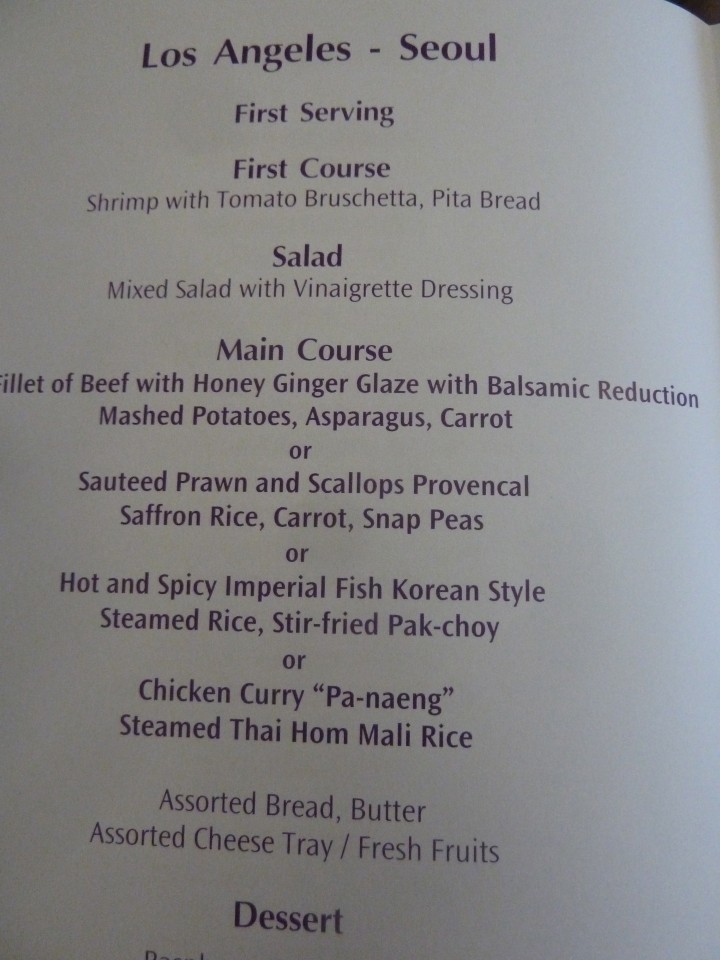 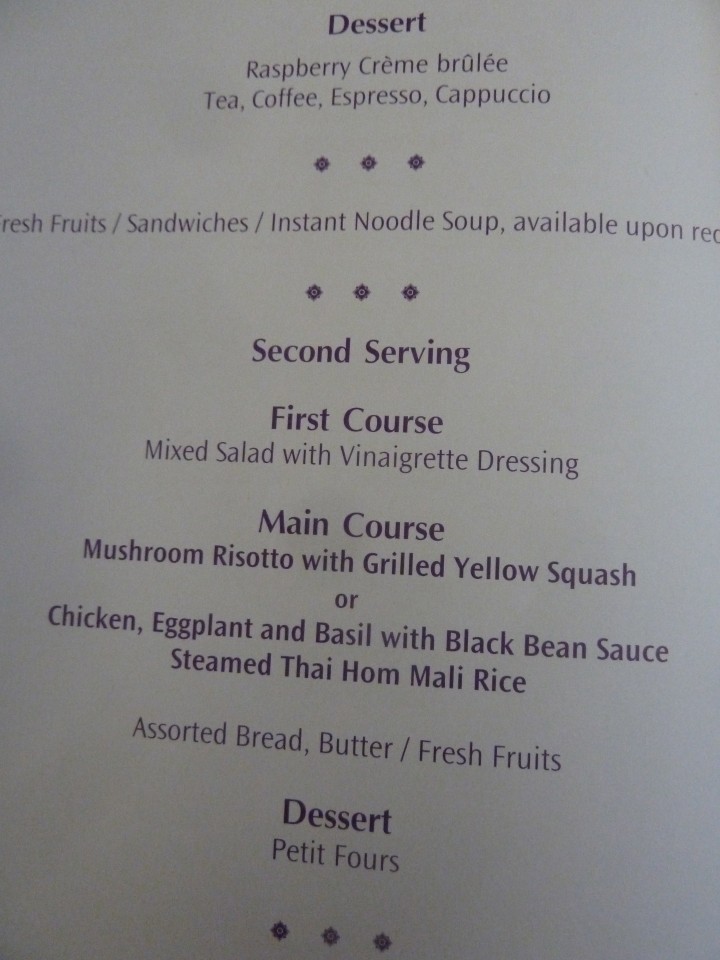 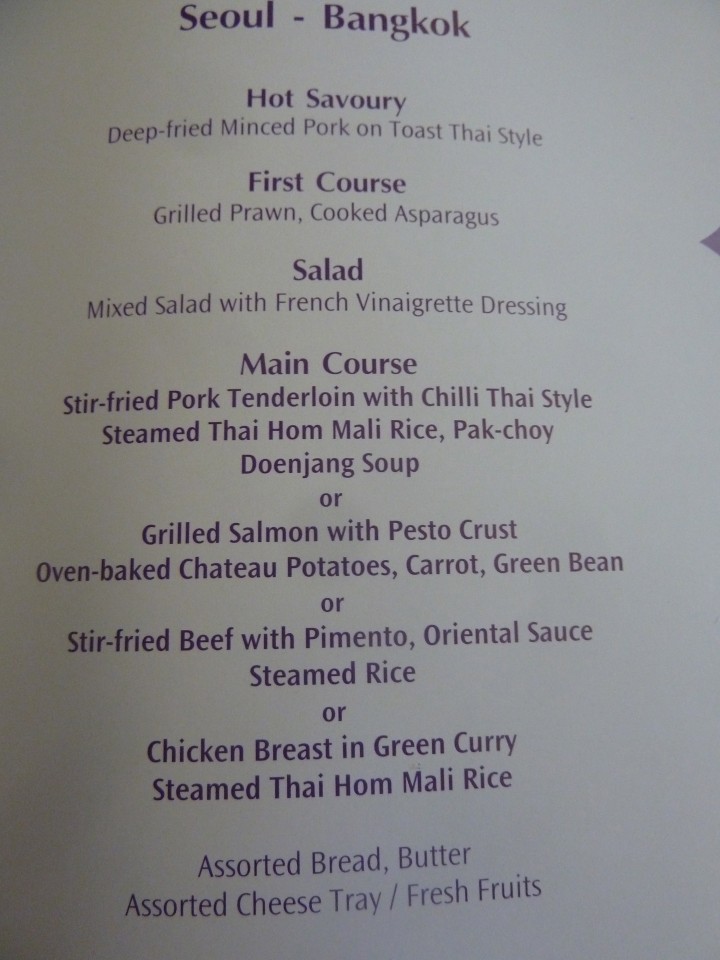 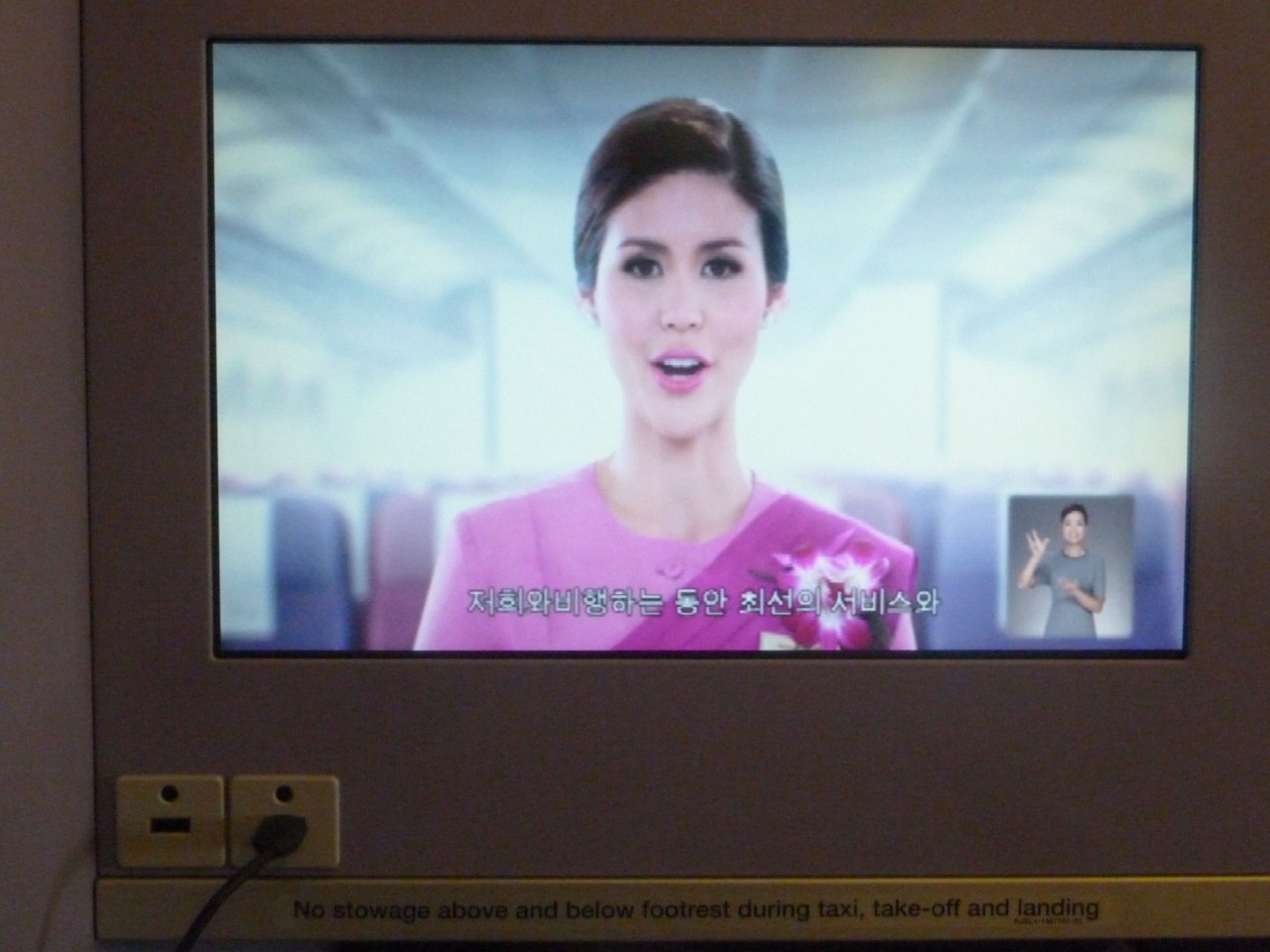 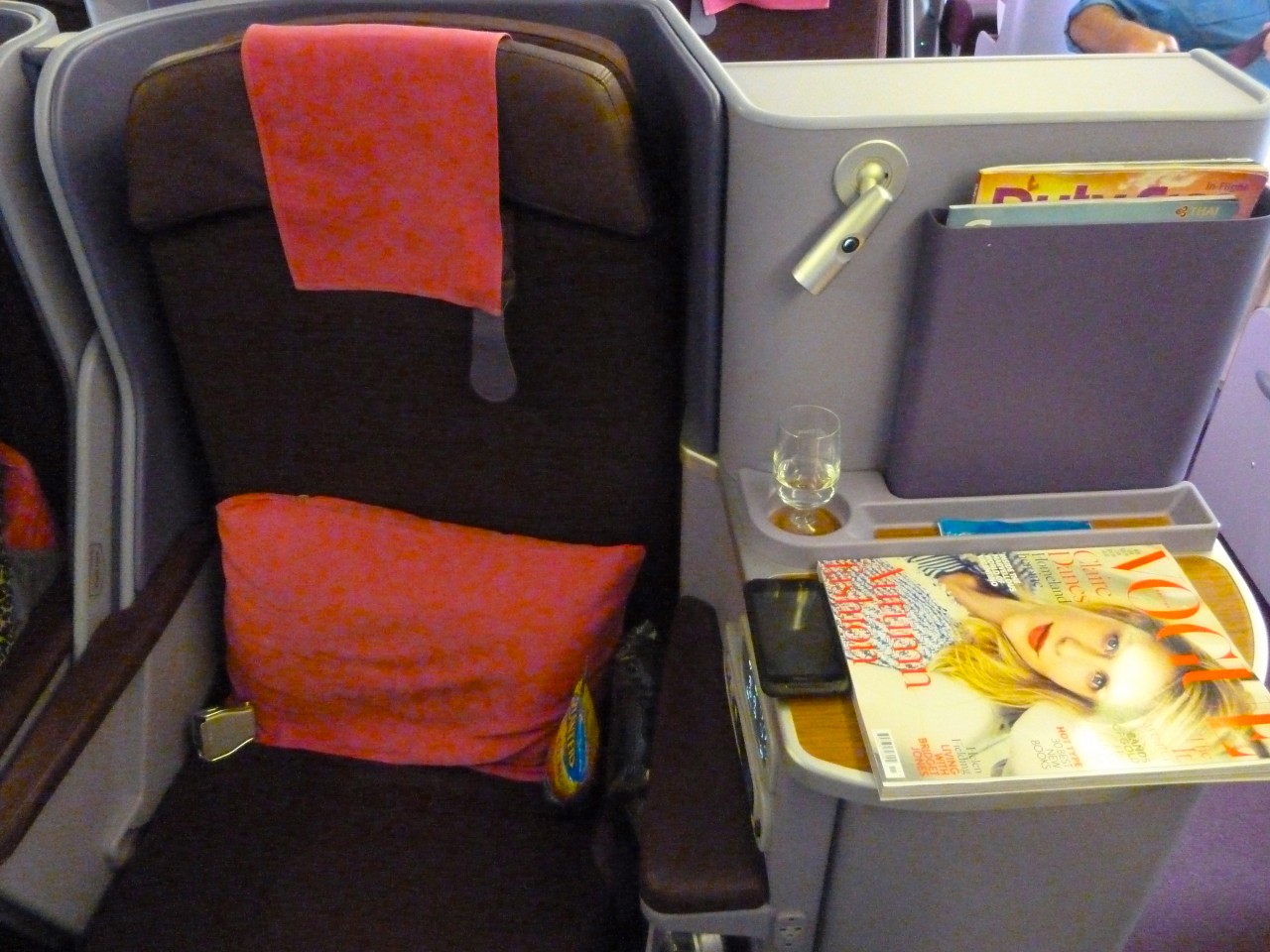 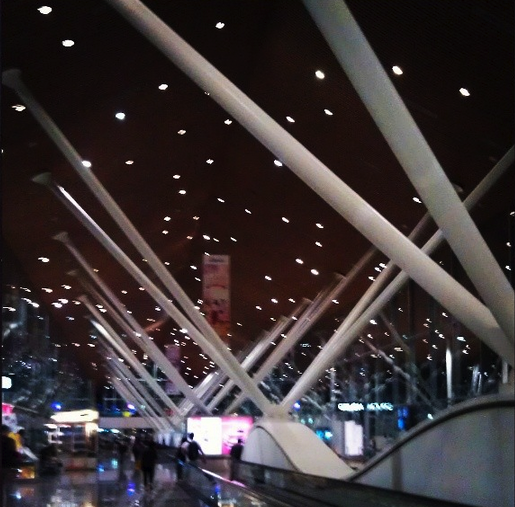 Beware of some pitfalls:

Once on the ground, I snapped a few photo of Thai sculptures in the BKK (Bangkok) Intenational Airport. Just past immigration, it is a large scale sculpture of one of the most famous episodes in Hindu mythology called the Samudra Manthan or “churning of the milk ocean”. It is an impressive sculpture that illustrates that the Thailand culture has strong Hindu and Vedic Brahminist roots. 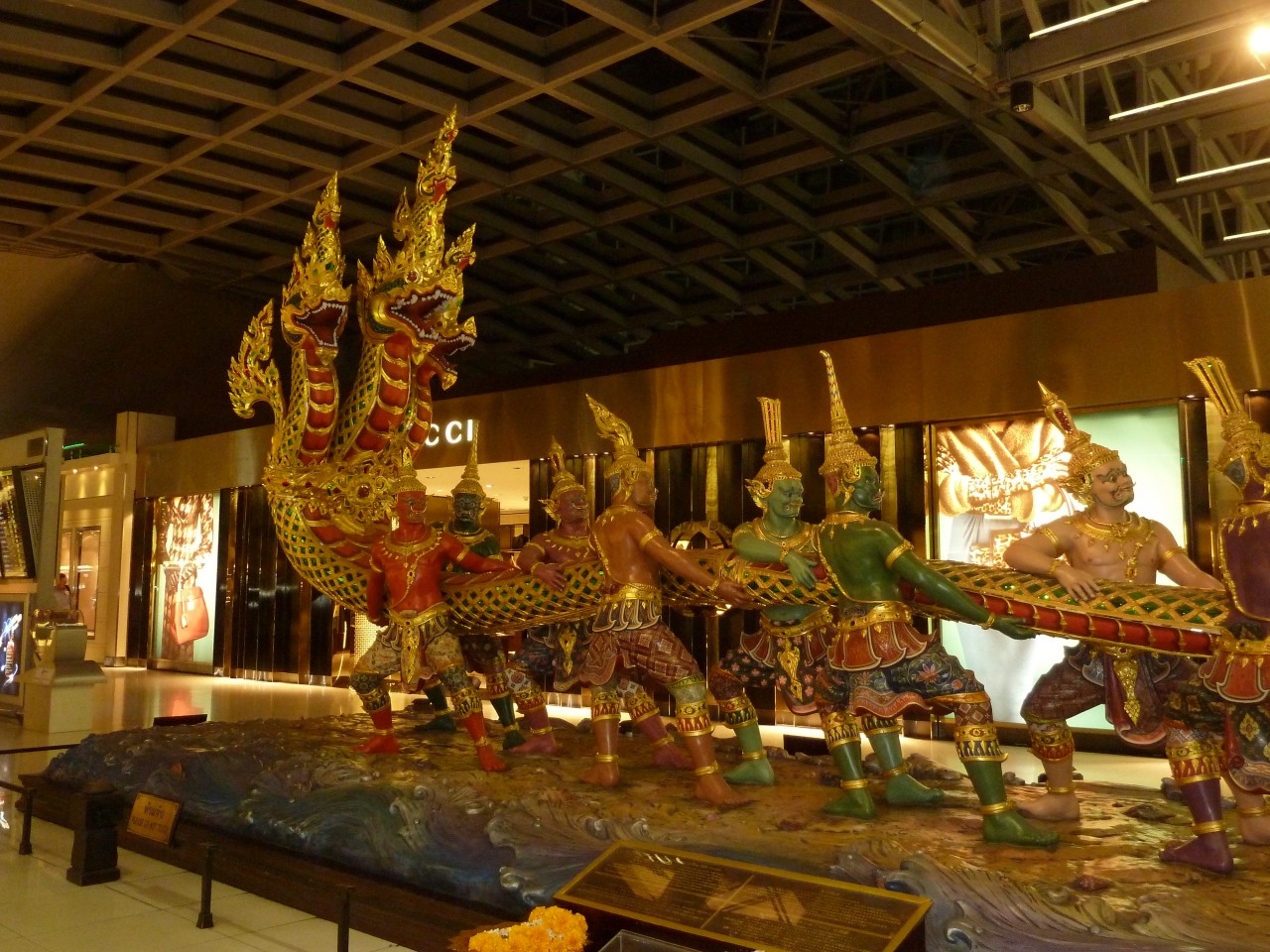 Sculpture inside of BKK Airport

And this funny sign for the Monks to check in at the Thai Airways International ticket counter!! 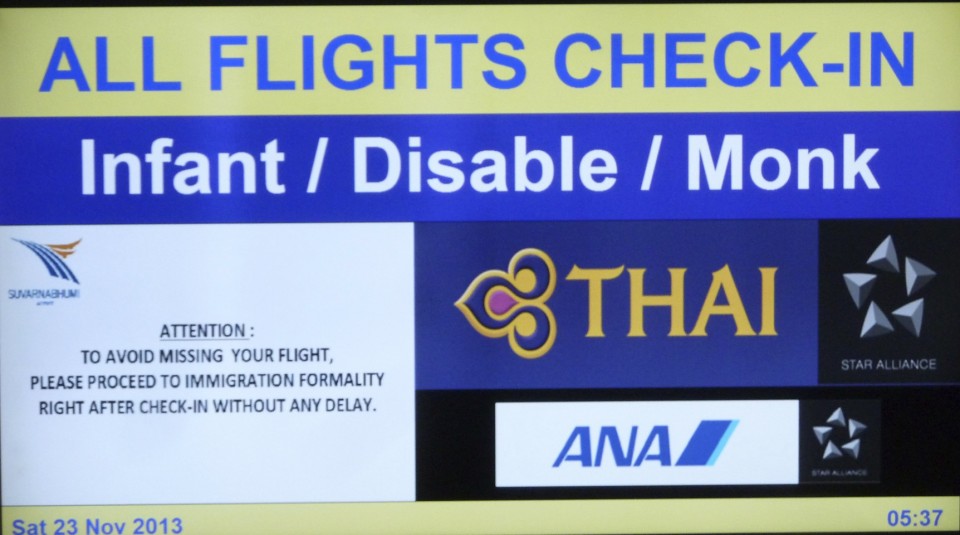 Overall, you will not be disappointed in getting some great service and shut eye during your trip to Bangkok from Los Angeles using Thai Airline.

And when you get there, be sure and take a trip down the  hao Phraya River, take a cooking class at Amita Thai Cooking School, explore the Temple of Dawn in Bangkok, ride a longtail boat out to James Bond Island or head on over to Malaysia and relax for a while.

Disclosure:  My trip to Bangkok, Thailand was provided by Thai Airways International, in conjunction with the Tourism Authority of Thailand.