India is one of the countries where you will find a wide range of beautiful creatures. In fact, there are hundreds of wildlife sanctuaries as well as National Parks here. These are the ones that provide shelter to the wild as well as endangered animal species. Unfortunately, the main threat to these animals is the human population increasing. After all, human activities lead to habitat destruction. With their habitat loss, many animals succumb to death. It is not surprising why there are so many endangered animals in India! 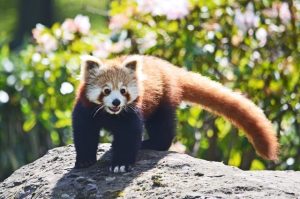 With the threat of extinction looming over the animals, many are struggling to save the endangered species of India. Let’s take a look at the endangered list below.

The royal Bengal tiger is the national animal of both Bangladesh and India. Aside from that, this big cat is an adaptable animal. This means that regardless if it is in mangrove forests or wetlands, they can live in them easily. However, the number of wild tigers has gone down significantly over the past few years. 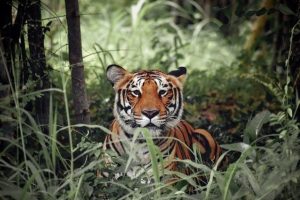 Poaching is a human activity that is threatening their numbers. You can still see them at the Ranthambore National Park and Bandhavgarh National Park. Also, this subspecies of tiger is in the Sundarbans National Park too. There are numerous tiger conservation projects today in the hopes that their numbers will go up.

Snow leopards used to have larger habitats to explore. Unfortunately, they have limited space. In fact, you can see them in Himachal Pradesh as well as the western and eastern Himalayas. Aside from that, its current population is down to 500 in India alone. Again, the greatest threat to them is poaching. Humans kill them for their body parts and pelt. 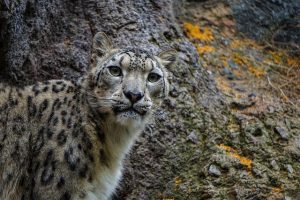 The Asiatic lion was a common sight across southwest Asia all the way to eastern India. Aside from that, the present population is in India only. In fact, you will see them at Gir National Park. This is why the International Union for Conservation of Nature has declared them an endangered species. 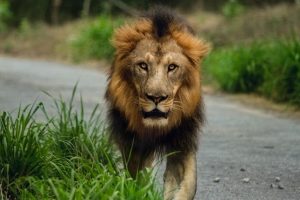 The red panda or red cat-bear is native to the eastern Himalayas. Aside from that, its population has been steadily decreasing. It’s because of habitat degradation, poaching, and fragmentation. Nowadays, you can spot the red panda in West Bengal’s Khangchendzonga and Arunachal Pradesh. Also, these red pandas are living in Namdapha National Park.

The Kashmiri red stag is a majestic animal that is on the IUCN red list. In fact, the Indian Government has included it in its list of high conservation priorities. That said, this specie is only living in the Dachigam National Park where they are closely monitored. The state animal of Kashmir is facing extinction because of human encroachment and the low fawn-to-female ratio. On a good note, there have been plenty of conservation efforts being done to save their dwindling numbers.

The Great Indian Bustard is not only one of the heaviest flying birds, but they are also rarely seen outside of the Indian subcontinent. This species is found in parts of Maharashtra, Gujarat, and Rajasthan. Unfortunately, there are only less than a hundred of their kind in India. After all, it is being threatened by loss of habitat and hunting. Since it is on the brink of extinction, several efforts are happening in the Thar desert to preserve this specie.

Also referred to as the Indian rhinoceros, this animal is one of the most vulnerable species in India. You can spot them in their natural habitat in the foothills of Nepal, the Himalayas, and India. One of the reasons why their population numbers are dwindling is because of poaching. 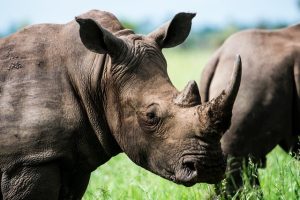 Poachers hunt them for their horns. After all, they believe that they have medicinal properties. That said, there are less than 2,000 of these animals in the country. Some of them are found inside national parks and sanctuaries.

The wild dog is one of the top predators found in the wild forest. They usually live in packs and often conduct coordinated attacks when hunting. Aside from that, they are also known as whistling hunters because of their unique vocals. 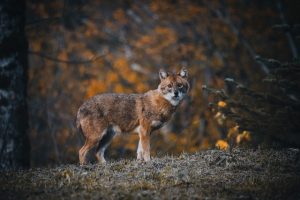 However, only around 2,500 Dholes are living in the country. In fact, they are in several national parks where they are taken care of. These wild dogs are dying out because of the destruction of their habitat and the loss of their main prey.

The numbers for this endangered mountain goat species are on a steady decline. As of today, their numbers range between 2,500 and 3,000. Aside from that, it is also the state animal of Tamil Nadu. However, because of wildlife crimes like poaching, and land encroachment, these creatures are in sanctuaries and national parks. Aside from that, the major threat to them is climate change. 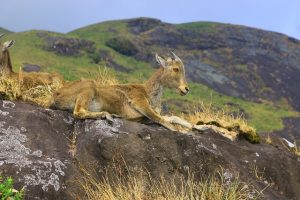 Since the animals prefer to stay in the high altitudes of the Western Ghats, the change in the temperature affects them considerably. If you want to see these mountain goats up close, you can visit the Eravikulam National Park. After all, only a handful are in the Nilgiri Hills

The Indian bison is the largest and tallest in the cattle family. It is common in South and Southeast Asia. However, because of poaching and land grabbing, their natural habitat is slowly decreasing. In fact, the estimated population of the Indian bison is down 30%. 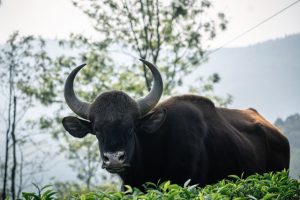 That said, the IUCN has added it to their red list of threatened species because of its low numbers. In fact, this animal is under the protection of the Wild Life Protection Act. This endangered species act promotes the planting of native plant species and regulates indiscriminate grazing.

Meanwhile, the Indian antelope is also facing extinction. This is because its wild population is suffering from poaching. After all, hunters want their pelt for selling. Back in 1947, this wildlife species numbered around 80,000. Twenty years later, these wild animals are now around 8,000 only. Although the conservation of endangered species aims to increase their numbers, other factors are affecting their efforts. 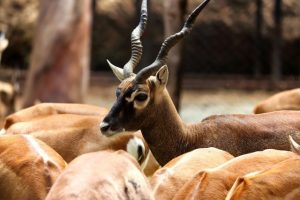 Among these factors are the use of pesticides and moving vehicles too. On a good note, the Black Buck is seen in the United States and other countries to help increase their numbers.

The same goes true with the Mishmi Takin which is a goat-antelope type of animal. It is in northeast India but its numbers are going down too.

Another endangered specie listed in Uttar Pradesh is the Ganges River Dolphin. This is not surprising because of the fishing nets cast into the waters. In addition, the building of dams and poaching are affecting its numbers too. 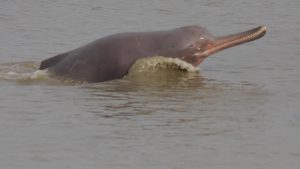 Wrapping Up India’s Most Endangered Species 2022

Thanks to National Endangered Species Day, people are learning more about these dying breeds. Local communities are learning how to save these animals by looking for alternative sources of food. Even rural communities are being taught how to preserve these wild animals. Among these are mountain gorillas, Asiatic cheetah, and Asian elephants to name a few.  With humans on top of the food chain, it is only fair that we learn how to manage our resources for the betterment of the world.

From the north Atlantic all the way to India and the rest of the world, it is vital that we learn that we have an important role to play. Conserving the diverse landscapes around us can contribute to the preservation of species like the ones mentioned above.