Lima, Peru: An Exotic City for Most Americans to Visit

Mainstream guidebooks don’t do Lima, Peru justice.  It is a city that should be on every traveler’s list, known as the City of Kings, or “Los Cuidad de los Reyes”.  It extends outward from the rugged cliffs of the Pacific coastline with a mix of Spanish Colonial and the Peruvian Andes culture all rolled into one. 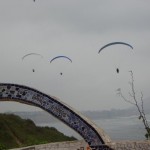 The energy, as well as the historic sites, the beaches and the food make this a city that can be enjoyed by everyone.  LAN has daily non-stop flights, so it is easily accessed from North America.  And now, with the new opening of the Westin Lima, you can experience modern elegance, in rooms with a view in the vibrant San Isidro district.  You can embark on a city tour on your own,   or with a guide. We prefer to email (in advance) a driver, who picks us up at the airport from Lima Limo and ask him to make stops for us along the way from the airport to our hotel so that we can utilize our time better when we are only doing a quick stop thru Lima.  He stays with our luggage and we get the benefit of seeing the sites on the way from the airport to San Isidro or Miraflores for our lodging.

Looking for Things to do in Arequipa, Peru? Go See Write has you covered!

Lima, Peru – Things to Do

Or you can make it to your hotel then, start your day in the Cercado de Lima – The city’s historic center, where the Spanish conquistador, Franciso Pizarro founded Lima in 1535 shortly after toppling the Incan Empire.  Then on to San Martin Square, ringed by white colonial-style buildings and anchored by another statue:  General José de San Martín, who liberated Peru from Spain in 1821 less than 300 years later. 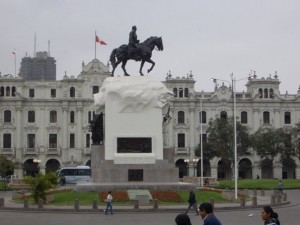 Here you will see the features of the colonial period with Moorish roots that helped make the Cercado de Lima a UNESCO World Heritage site in 1988.

Be sure and look up at the wooden balconies, meant to allow women of Lima society to look out on the street without being seen.  Lima currently has an “Adopt a Balcony” program aimed at restoring over 1000 balconies in the colonial districts.   You will see these on your visits throughout Peru and Ecuador.

At the Plaza de Armas, in the heart of Lima, (where the Cathedral, the Presidential Palace, and governmental buildings are) is where I found the flower lady below just begging to be photographed. Unfortunately, I have misplaced that photo, but will keep you updated as to when I find it!

The Plaza also has a 358-year-old fountain, which the government fills full of Pisco on Peru’s Independence Day.  Pisco is the national drink of Peru.  These people love to celebrate their independence by handing their flags and drinking their national drink. 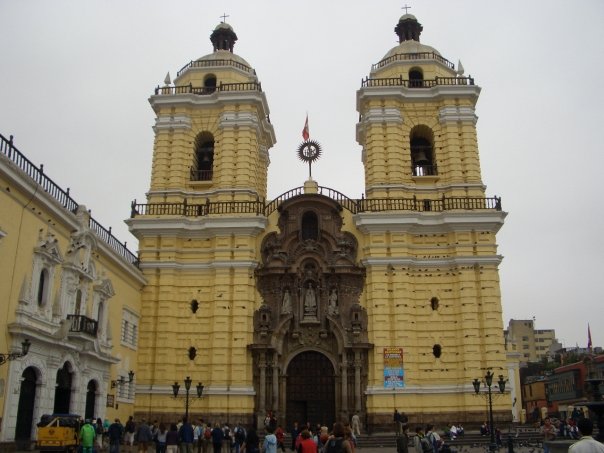 The Monastery of San Francisco, built in 1774, is an awesome stop. The catacombs under the church served as the burial place for more than 75,000 Peruvians.  The display of bones and skulls throughout the dark tunnels is amazing.  Kids and parents alike enjoy seeing the skulls and bones.

Then it is on to Miraflores – the city’s wealthy suburb on the Pacific coast, to El Parque del Amour, dominated by El Beso. 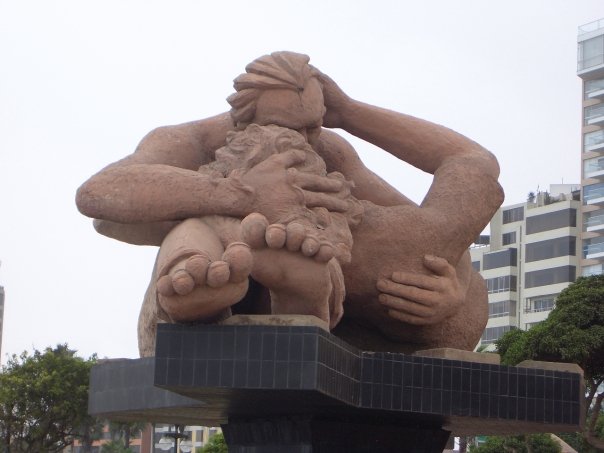 The statue, by Victor Delfin, is a Peruvian version of Rodin’s famed Kiss Statue.   Surrounding the statue are mosaic walls with phrases of love worked into the design.  The park of love opened on Valentine’s Day in 1993 and it is a great way to spend the afternoon overlooking the ocean and watching the gliders.

After all this sightseeing, let’s take a break, dinner at El Kapallaq and Chef Cordero  and then desert at La Rosa Nautica, just for the view! 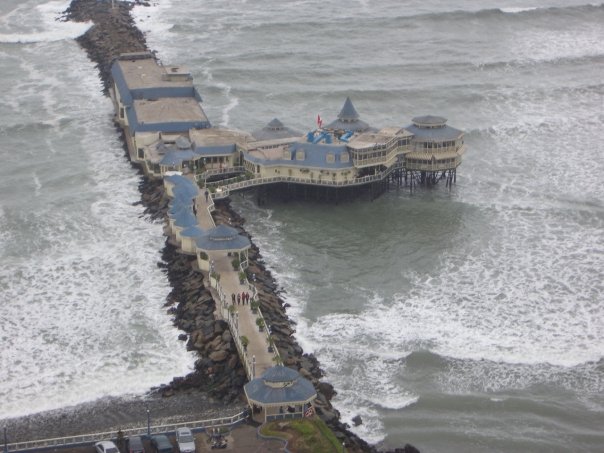 Finally, let’s end the night at the Magic Fountains, an amazing array of 15 types of fountains, ones you can walk through, with lights and music shows.  The world’s tallest fountain is there too!  There is no doubt you will have a great time! 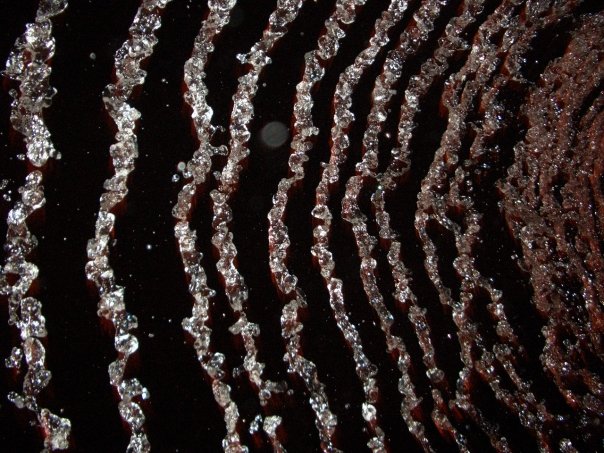