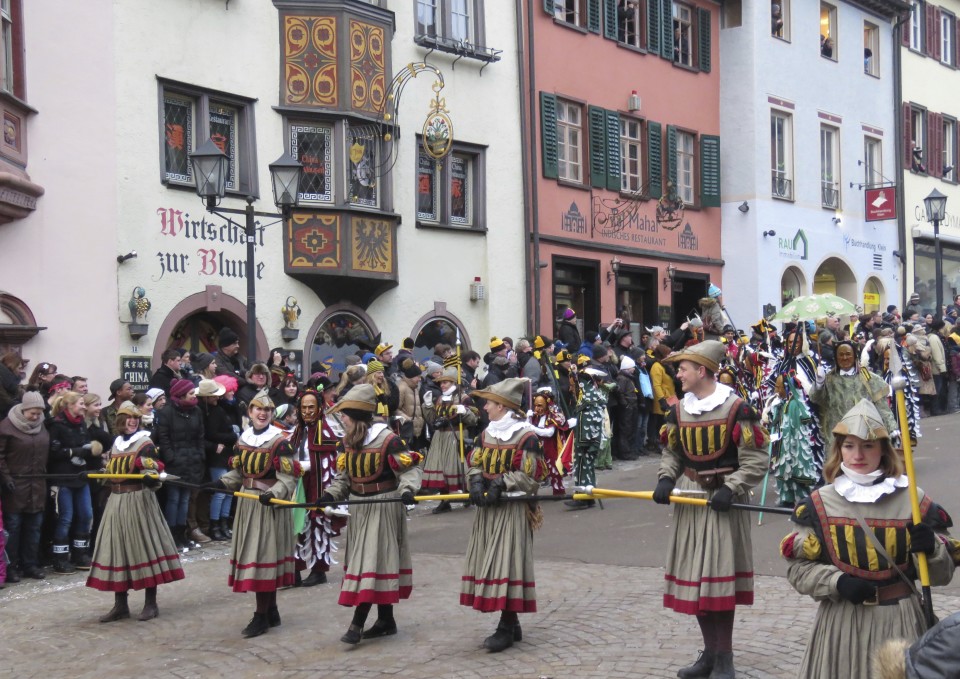 I glance over at the clock in the pitch-black hotel room and try to remember where I am.

I have been on a whirlwind tour of the Black Forest in Germany and being suddenly awakened by a sound from outside my window, I had to get my bearings straight.

“Ok, now which town am in?” I thought to myself.

There is no mistaken this town: I am tucked away in this charming village in southwest Germany getting ready for the most famous Carnival in the region, known as Narrensprung or “Fools Jump”. The Romans founded Rottweil in the 1st century AD and in the middle ages, it became a Free Imperial City. It has a medieval architectural detail style with paintings on the old stonewalls, as well as a large stone gate that demonstrates where the entrance of the city began.

Then I hear it again.

That sound is of the town criers who ride on horses thru the Black Gate of the city and throughout the streets to alert everyone of the upcoming carnival. Then I hear the loudest sound of them all, as the trumpet blares and the band begins to play and march thru the town square. It if officially time to get up and get ready for carnival!

I feel like I had just woken up in the middle of the forest, like sleeping beauty and suddenly I am in the Middle Ages! I fumble around in the dark and decide I better get up and get ready, as “Fool’s Jump” waits for no one! It begins promptly on Rose Monday at 8 am sharp, just as it has since the 16th century. I need to get ready and find my position on the parade route in order to enjoy the army of masked figures that will march down the street making jumps on wooden poles! The parade route is a pedestrian area lined by the old town houses with oriel windows near the town’s Black Gate.

“The idea of “Fool’s Jump sounds like a whole lot of crazy to me, but here we go!” 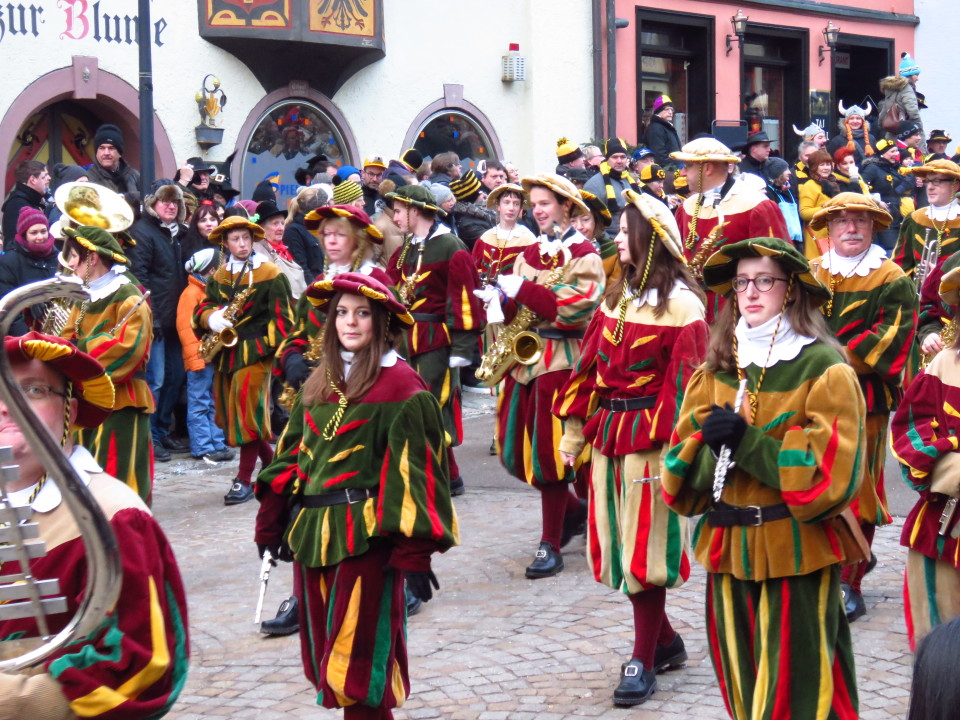 The town of Rottweil in Baden-Wurttemberg (a state in Germany) has been celebrating Fastnacht (carnival) for what seems like forever and today will be no exception. The revelers will be dressed in traditional wooden carved masks with matching outfits that represent the Swabian-Alemannic Fashnacht (the characters of the Black Forest). 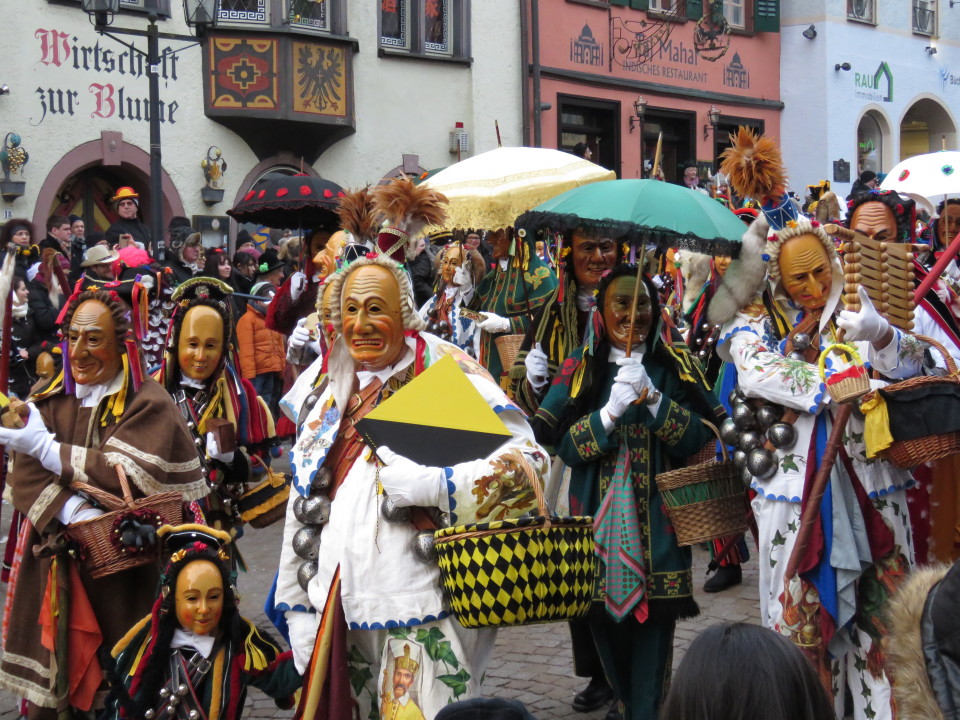 As I make my way through the medieval alleys that constantly provide views of the old church spires and historical fountains, I reflect on the journey of how far I have come to discover Fastnatch in the Black Forest. I realize that before I started this journey I didn’t even know this existed in Germany, but suddenly all the Brothers Grimms stories begin to fall in place. 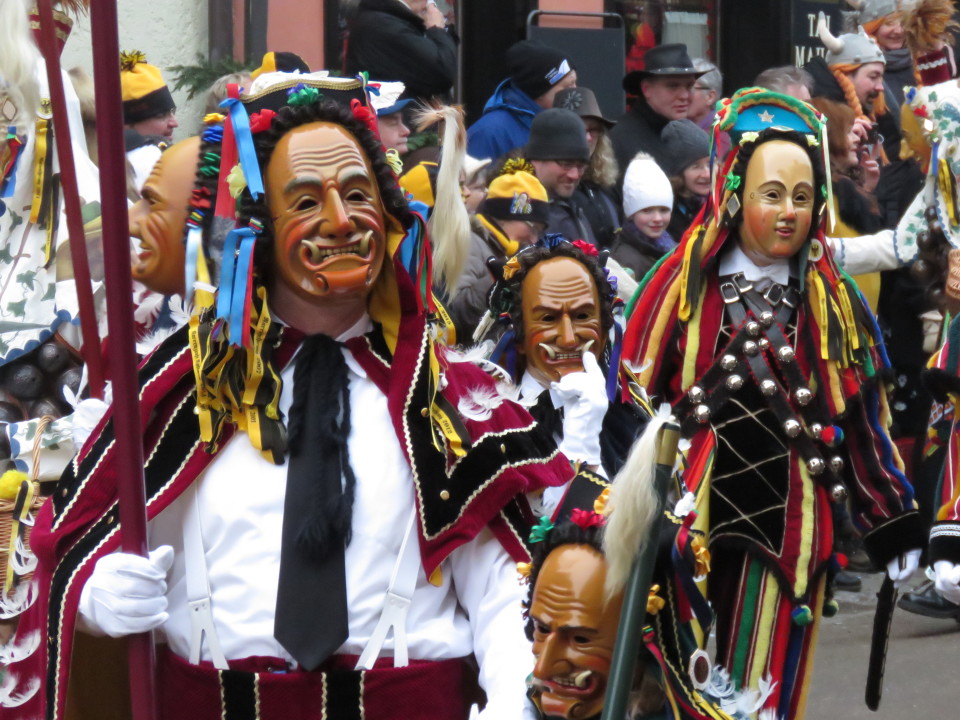 I have arrived in my chosen spot and wait for the revelry to begin. Suddenly I hear what sounds like a whip, snapping once it hits its target. I gaze up and see a series of three Swabian-Alemannic figures. Two have whips and one has a costume that makes him appear to be a man riding a horse. He has large feathers on his head like an Indian headdress. The two men surround this Indian horseman and they throw out their whips, trying to hit his headdress of feathers. They don’t do it lightly, but with full force. One can immediately see that you do not want to be anywhere near the end of that whip. This goes on and on as they gallop along the parade path. They occasionally stop along the parade route to make a real dramatic show. 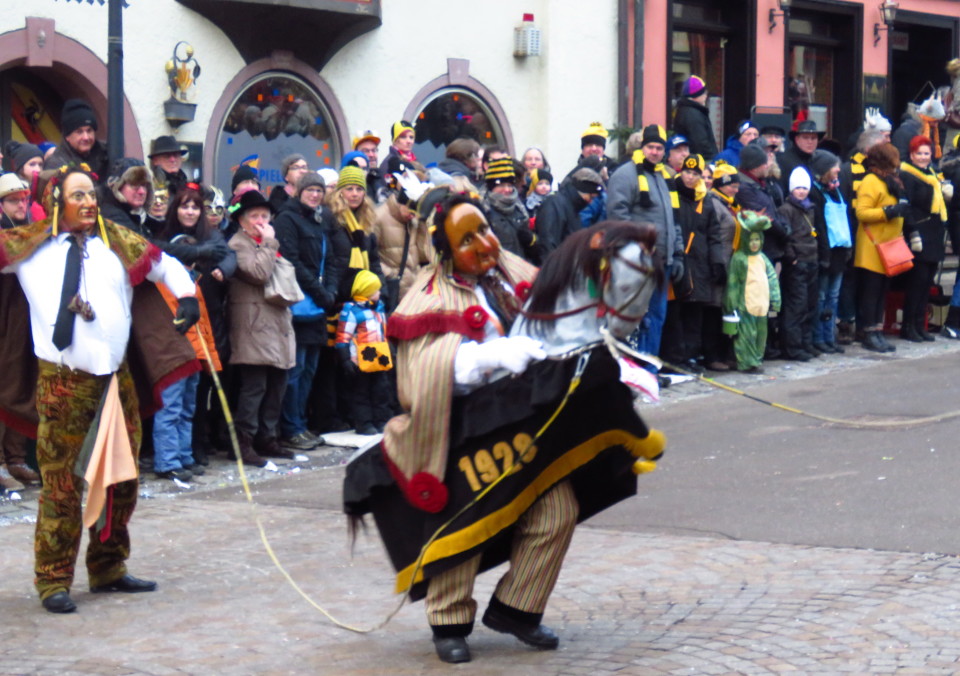 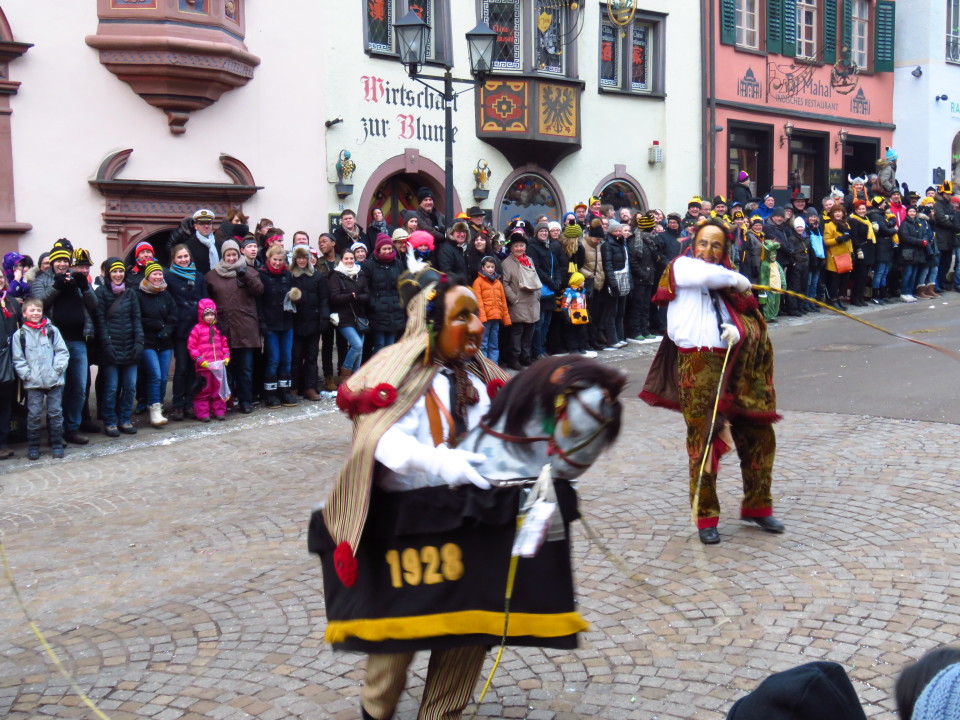 Disclosure: My trip to Rottweil was a sponsored trip by the German National Tourism Board, however, the giggles, laughs and fun I had was all my own doing (with the help of the Fools, of course!).