Home » Destinations » Romance in the Skies of San Diego! 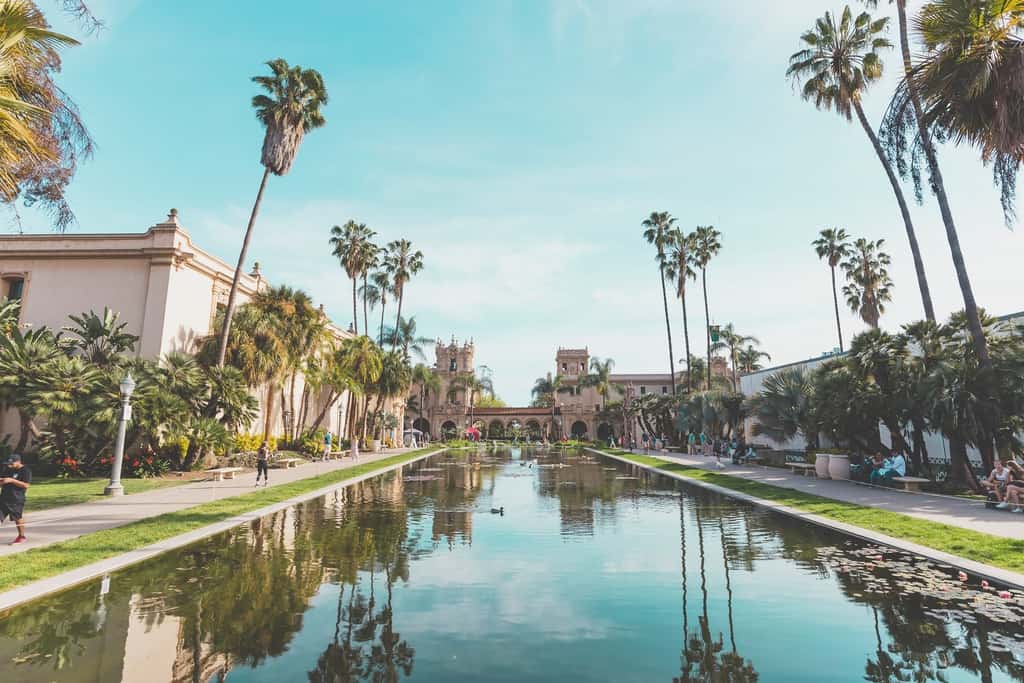 Balboa Park in San Diego, California is considered the Jewel of San Diego – with over 1200 acres of attractions (including a zoo), culture, and things to do for tourists and locals alike. Fortunately for everyone, these lands were reserved for public use in the early 1800s. 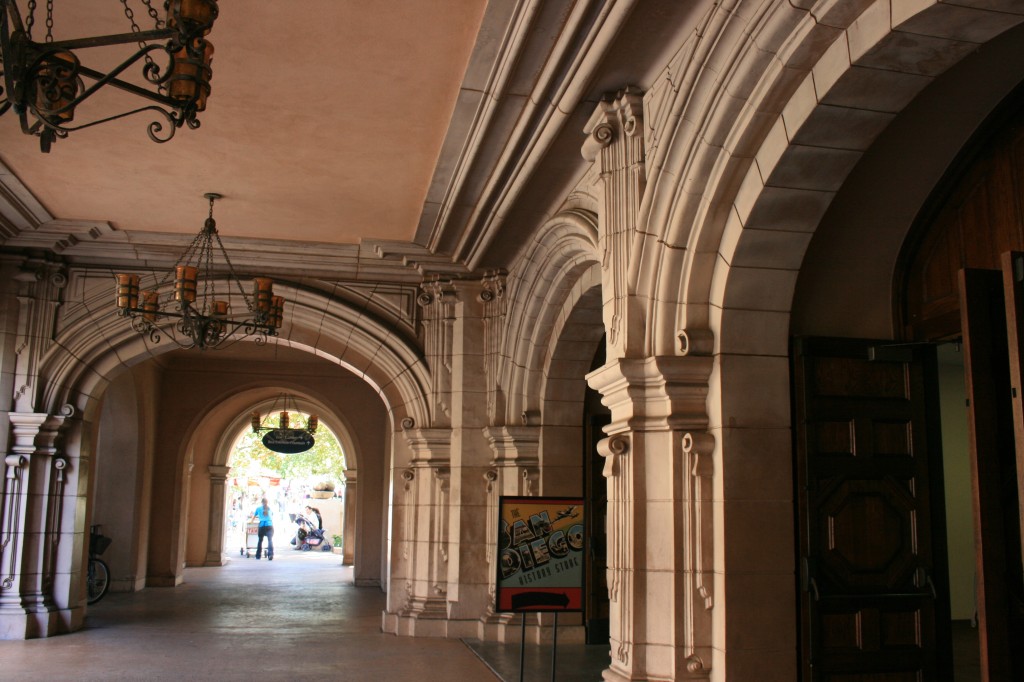 What a wonderful place for San Diegans and visitors to enjoy what has become a wonderful community gathering place. Balboa Park now has 17 museums, beautiful gardens that include Cherry Blossoms in the Spring, an Old Globe Theater, and more than ten restaurants and cafes. It is also an entertainment venue. So believe me when I say, there are plenty of places to discover at Balboa Park! 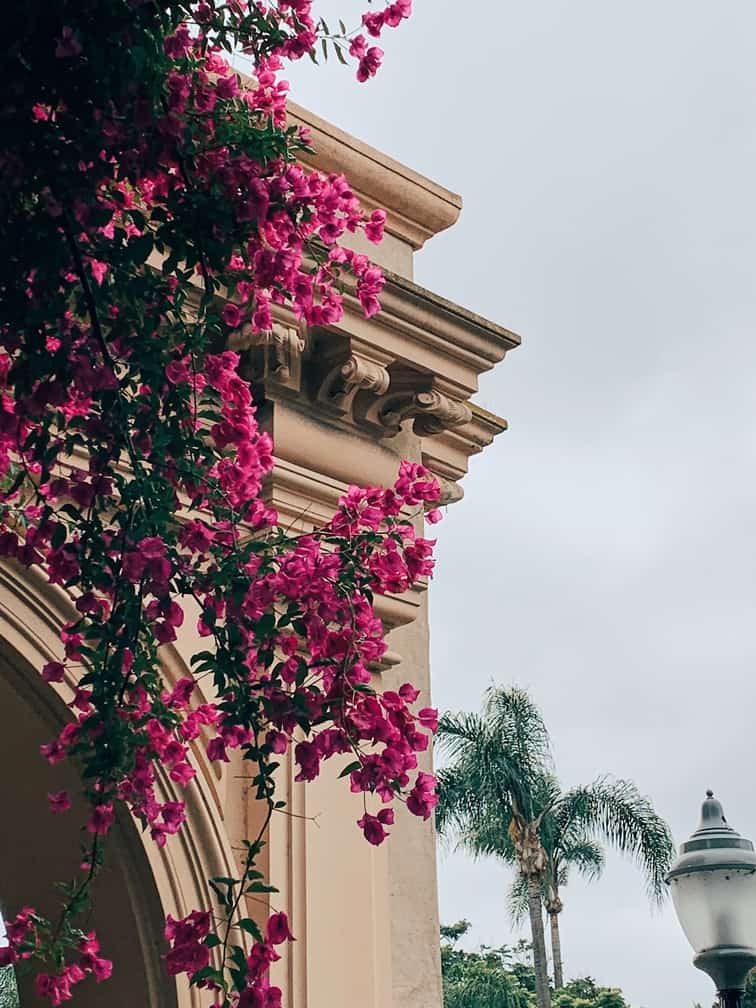 A Visit to Balboa Park

I have been to San Diego almost too many times to count. During my college days, I lived in Los Angeles and many times I made the trip down to San Diego to enjoy what it has to offer. On this particular day, I had a chance to enjoy my time at Balboa Park. This park is a massively-huge urban cultural park with world-class architecture, open spaces, green gardens, and plenty of walking and hiking paths. 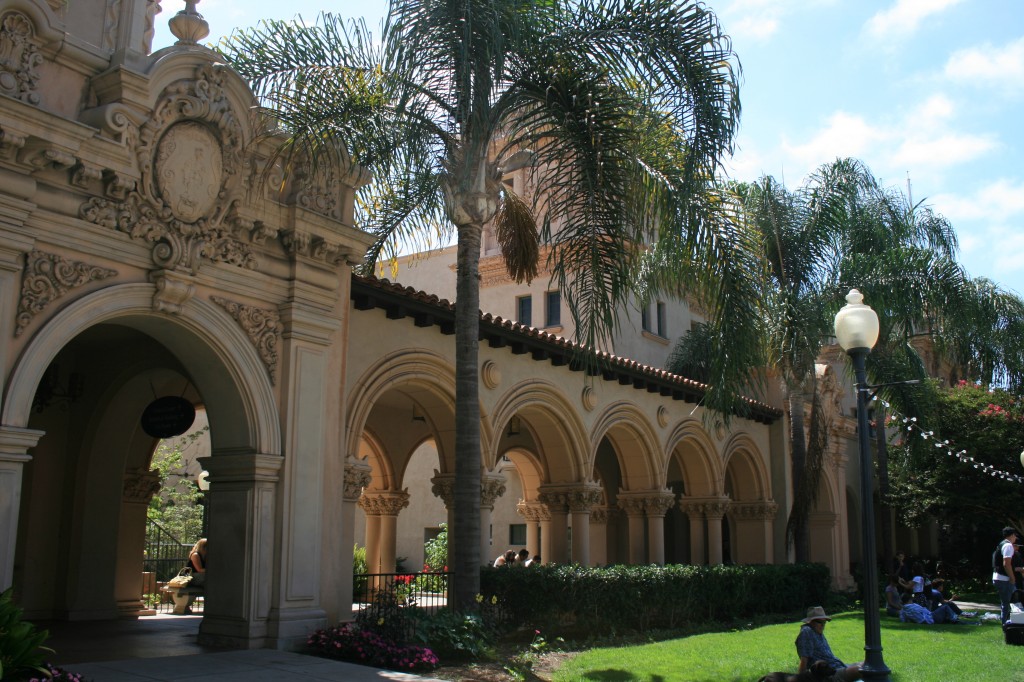 As you may know, it is also the home to an art museum, a few theaters, and the San Diego Zoo. There are many recreational facilities, gift shops, and restaurants all around and it literally can take up a whole day of meandering through it to see it all. 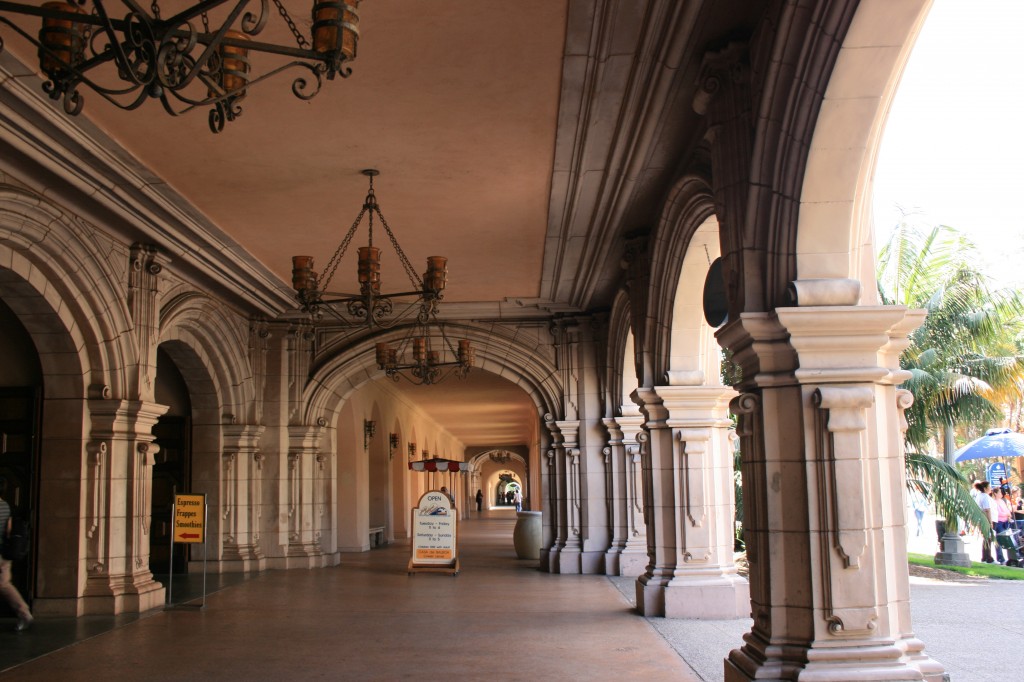 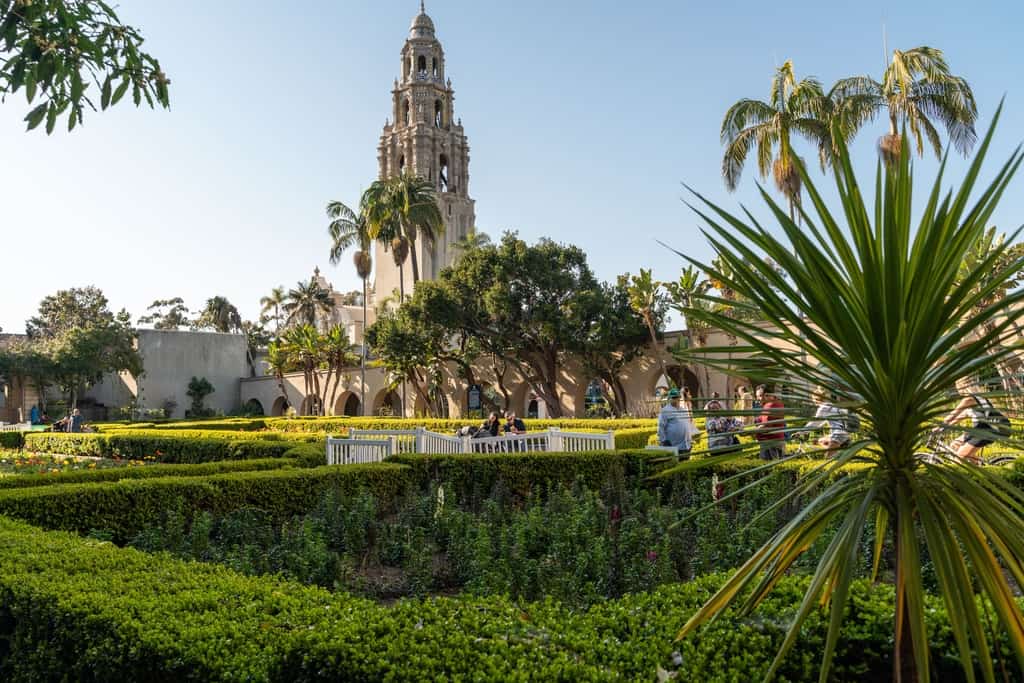 Named for the Spanish explorer Vasco Nunez de Balboa, Balboa Park hosted the 1915–1916 Panama-Californian Exposition (World’s Fair) and 1935–1936 California Pacific International Exposition. The Panama-California Exposition in January of 1915 was aimed at travelers arriving through the newly-opened Panama Canal. These Expositions left a legacy of beauty here in sunny San Diego with their gorgeous architectural style. And honestly, I love this area of San Diego. What stunning beauty to wander around within on a crisp, sunshiny day! 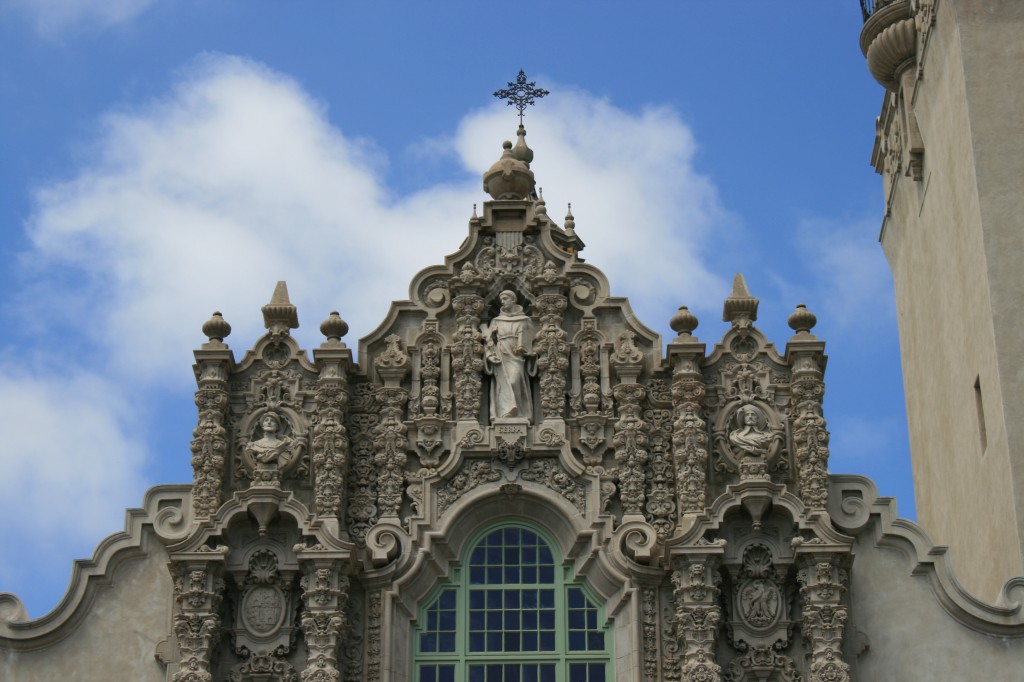 And while I was there, I was able to experience something totally awesome. Something you just don’t see every day. An expression of love. Which is something I long to see in this world, more love, less fighting! 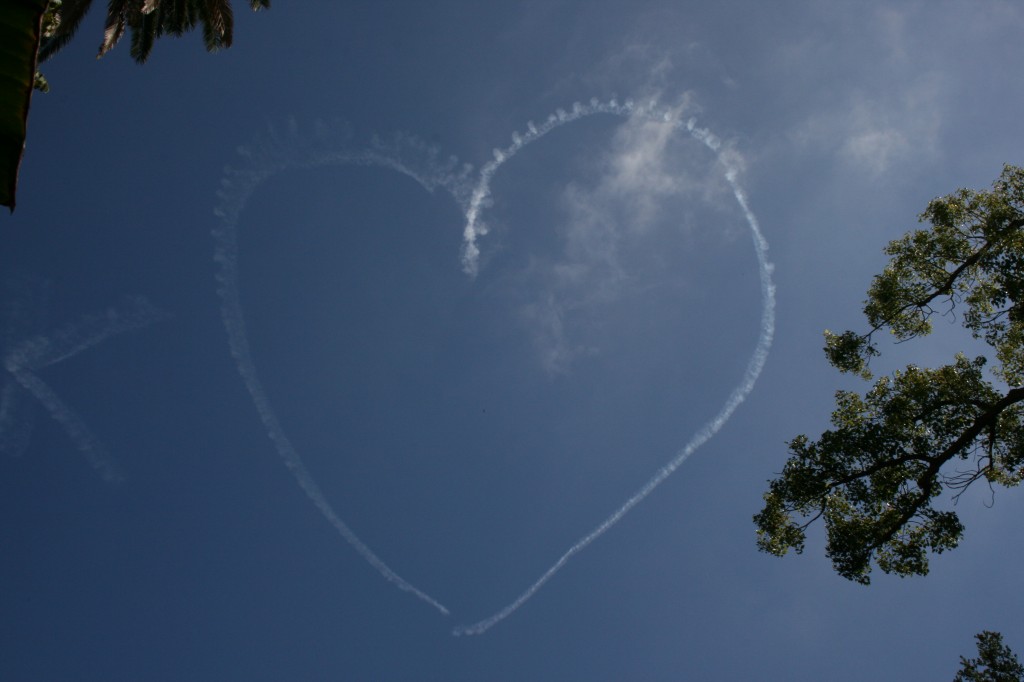 I was taking photos of the intricate architecture, when suddenly, up in the sky, I saw an airplane twirling down as if it was going to fall from the sky. And as I looked further, I could see that he actually gained momentum, revved up the engine, and then went up again. 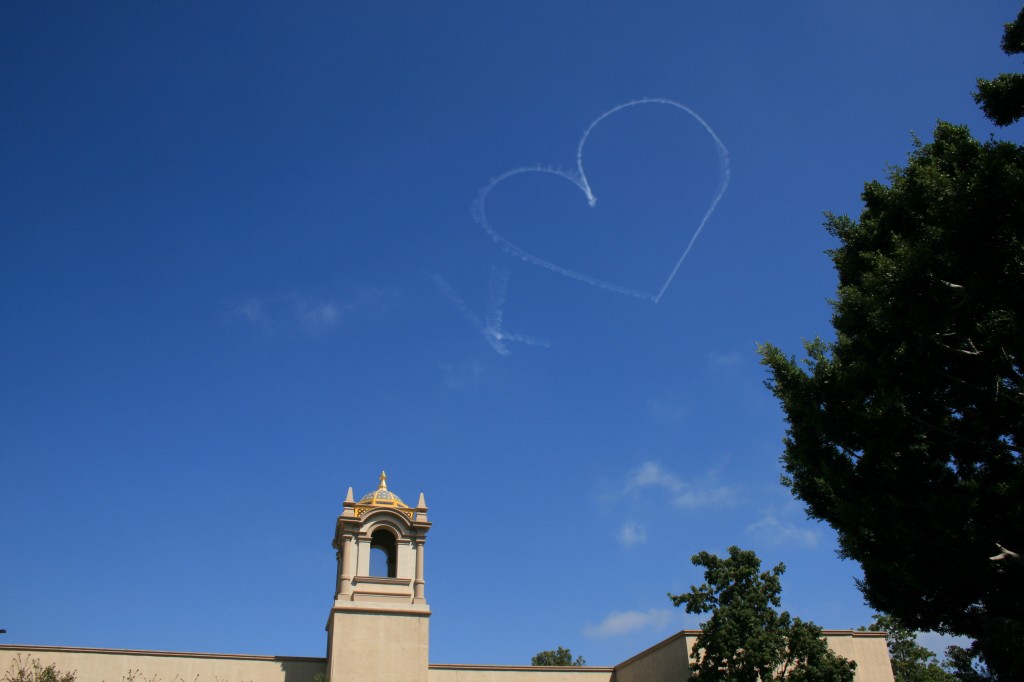 After a while, I could see what he was really doing. He was a paid skywriter in the sky!  He was professing the love someone had for another by making white puffy cloud hearts in the sky. And so as I stopped and watched him do it over and over again until he had the perfectly shaped heart. It was if he was dancing in the air with that tiny airplane, making deep gestures, and then pulling up with all his might. I thought about what a romantic thing it was for someone to do this for their love. Chivalry is not dead! 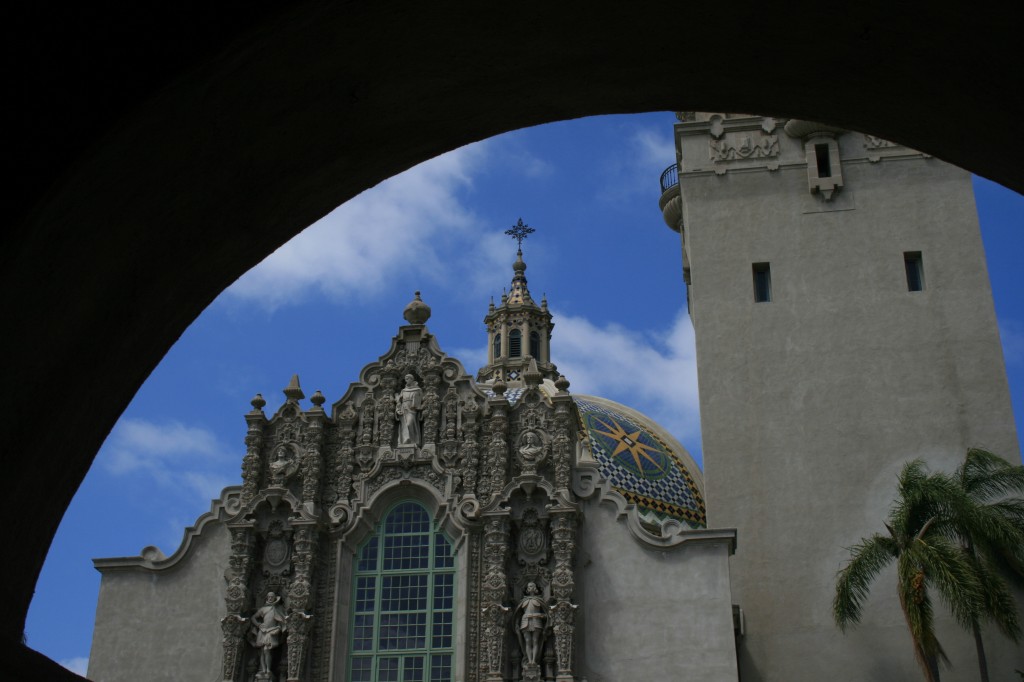 Hop on over to my article: 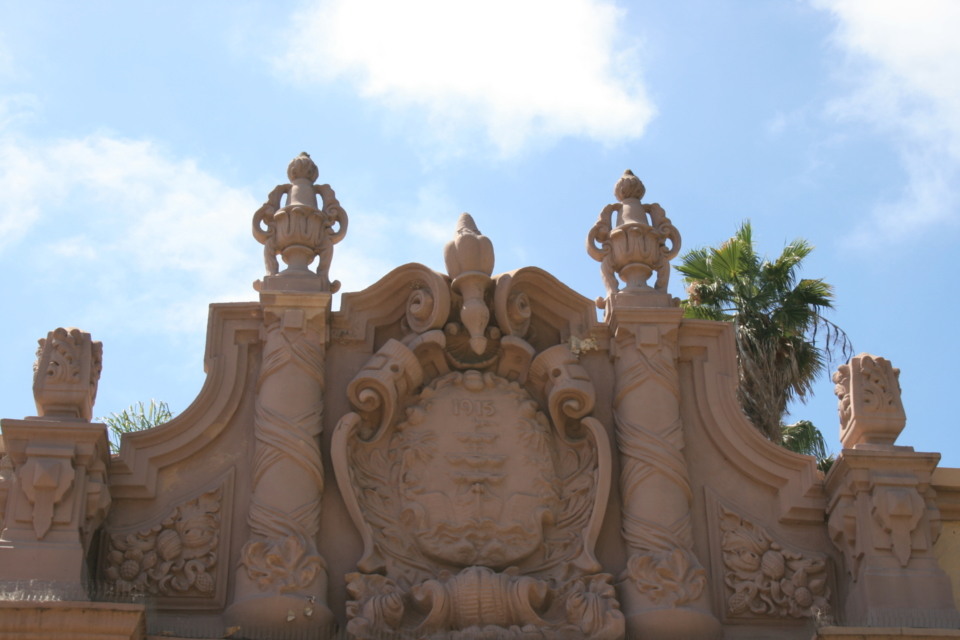 How to get to Balboa Park

If you are staying in downtown San Diego, you can take the Trolley to Balboa Park! The San Diego Trolley is a light rail system operating in the metropolitan area of San Diego. Everyone calls it “the Trolley”. To get to Balboa Park, take the Orange or Blue Line Trolley to the City College stop, then get on bus #7 at Park Boulevard going North to Balboa Park. You can purchase a $5 day-ticket and get on and off the trolley at your leisure, which I can recommend. 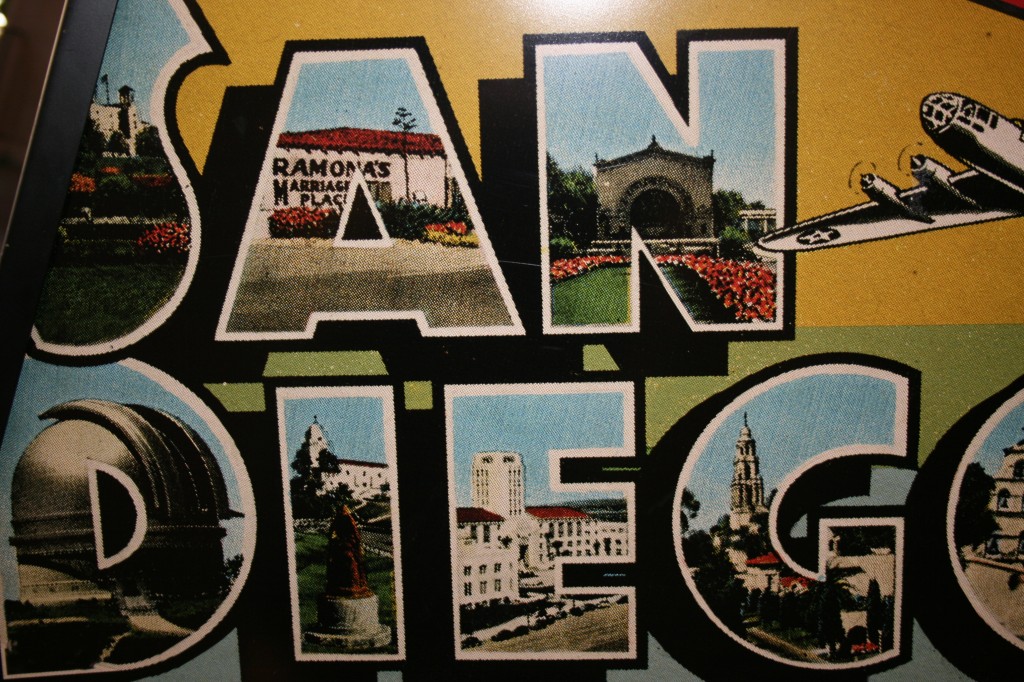 Honestly, Balboa Park has something for everyone and you will not be disappointed on going here, the only problem is trying to figure out what to do, as there are so many options!