Floating up to the stunningly gorgeous jetty at the Raja Ampat Dive Resort on Waigeo Island in West Papua, I knew I was in for a special treat. This was that kind of place, the epitome of a remote, exotic beach vacation. 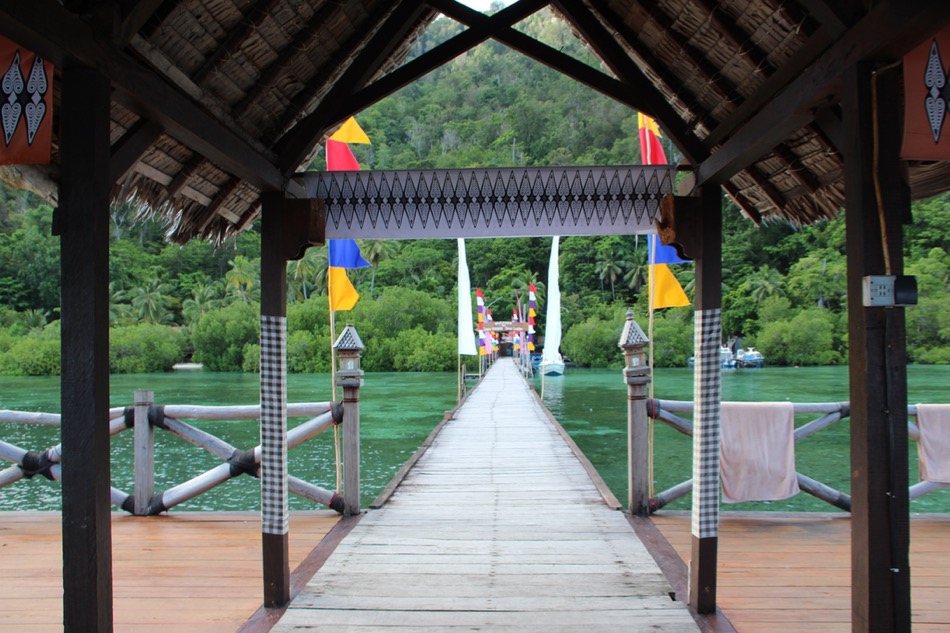 It takes hours and hours to get here, so most people just don’t go. But I was ready for snorkeling, diving, and overall relaxing. 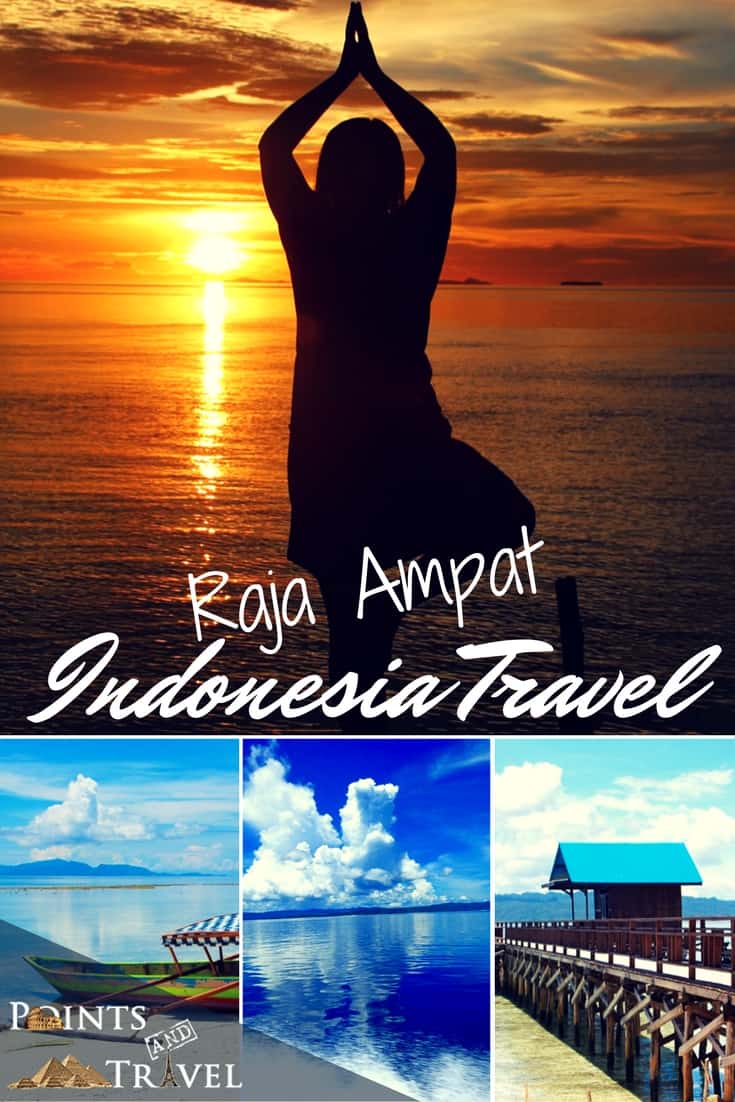 It had taken a bus, two plane rides, a hold hotel for four hours in Sorong, Indonesia for some extra sleep until we took the bus to the ferry to the boat ride to travel to Raja Ampat, Indonesia! It is a long way here and that was coming from Jakarta, Indonesia… but oh, so worth it if you want to experience the last frontier of the world! They say this remote region of the world has been left untouched, rarely seen by outsiders, and yet is pristine for scuba diving and its pristine coral reef system sets it apart from the rest. 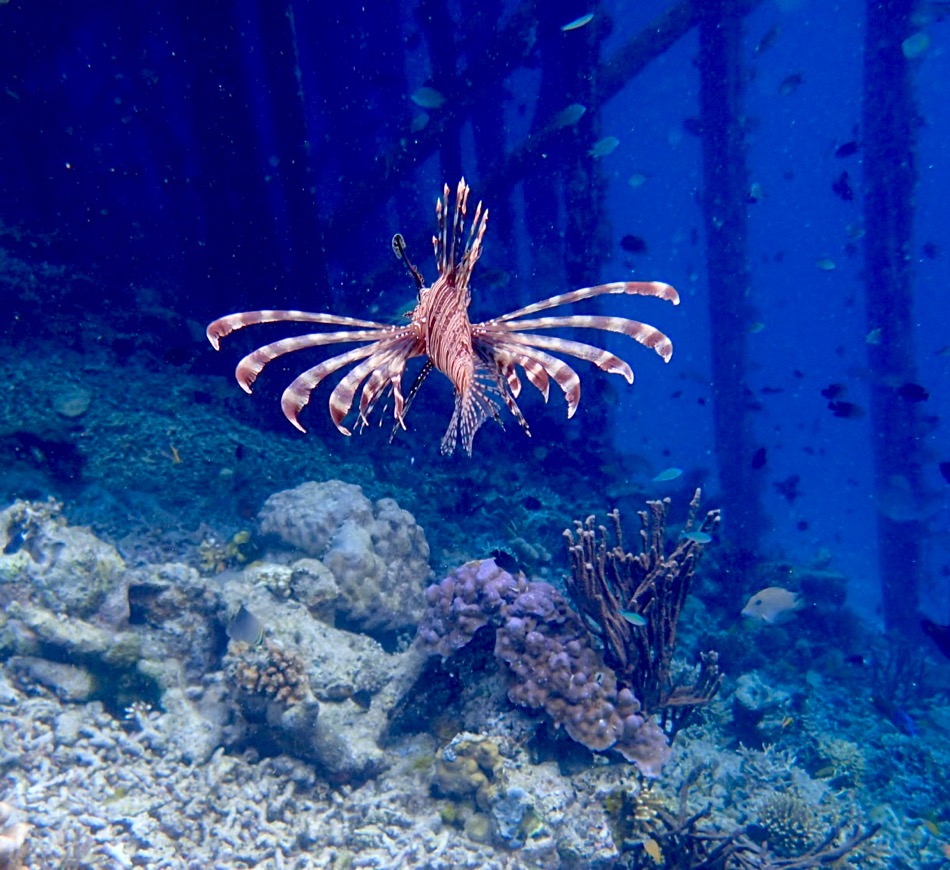 Scientists say it is a biological hotspot and believe that the reef systems here act to restock the reef systems throughout the South Pacific. There are many species you won’t find anywhere else. With one glance down at the pier, the waters are so clear, I could see a smorgasbord of marine life without even a mask. It was like swimming in a tropical aquarium. 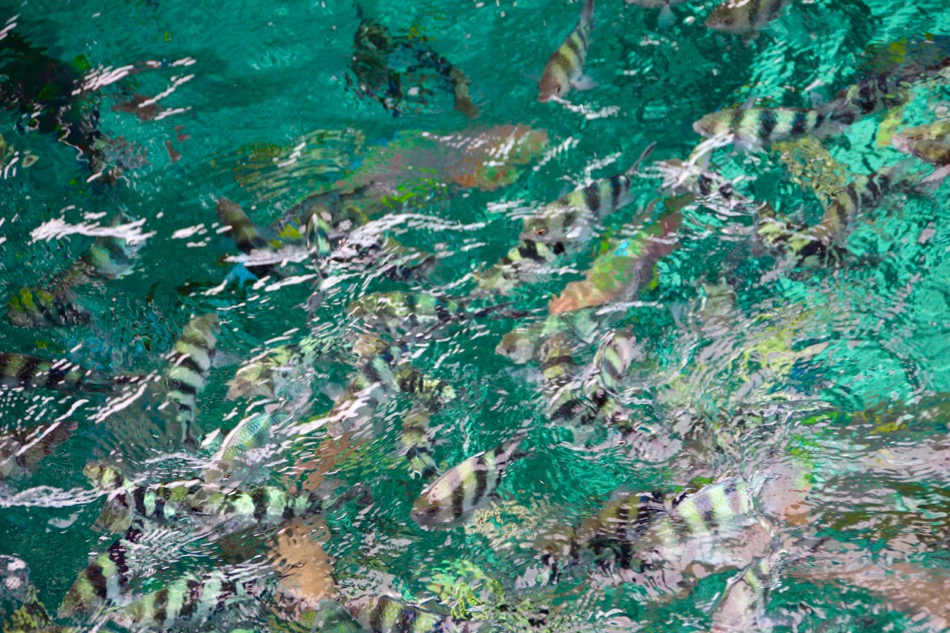 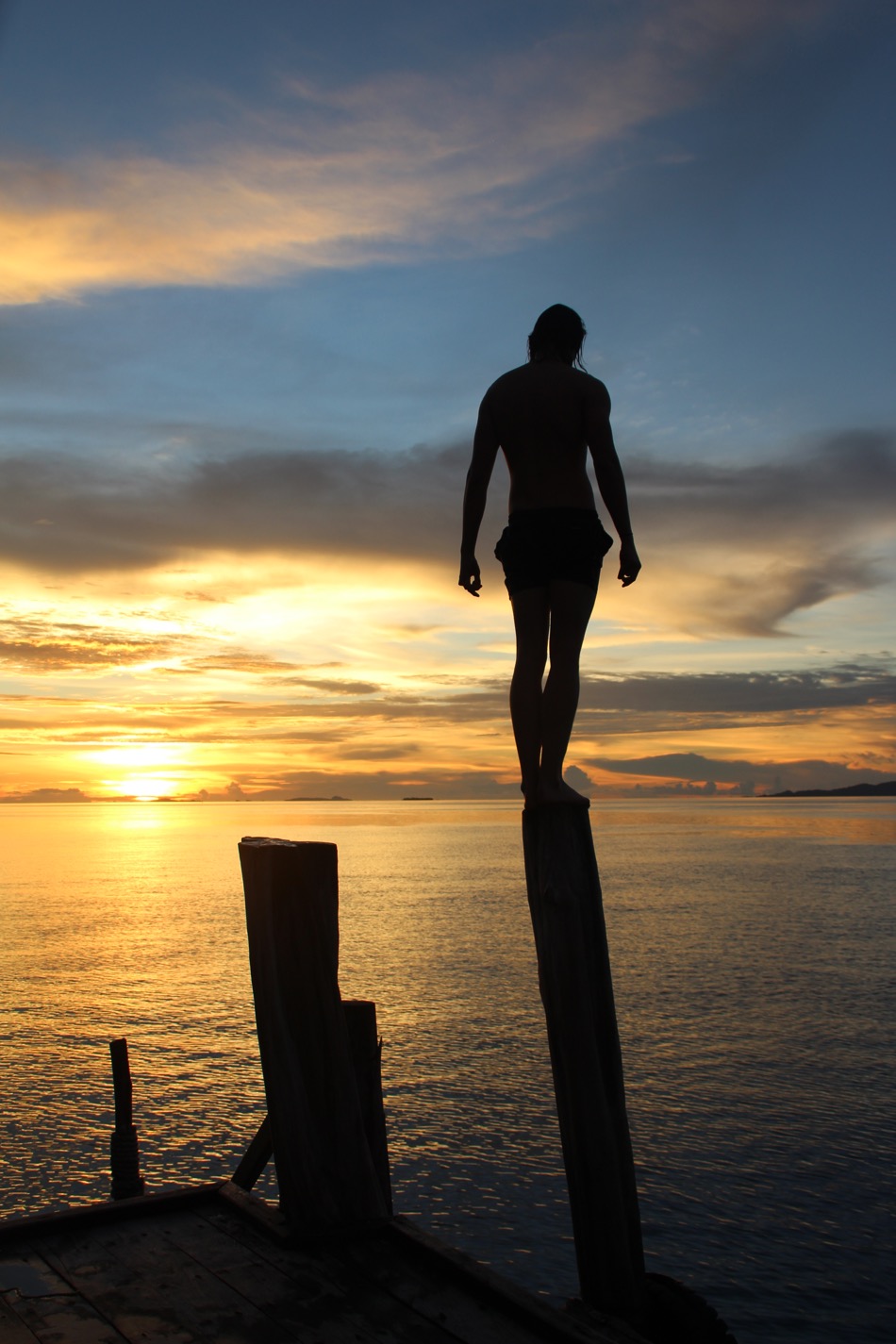 It is not glamorous, though, so keep that in mind, but if you have an adventurous spirit and want to see the edge of the world, then this trip is for you and your chance to travel to Indonesia. 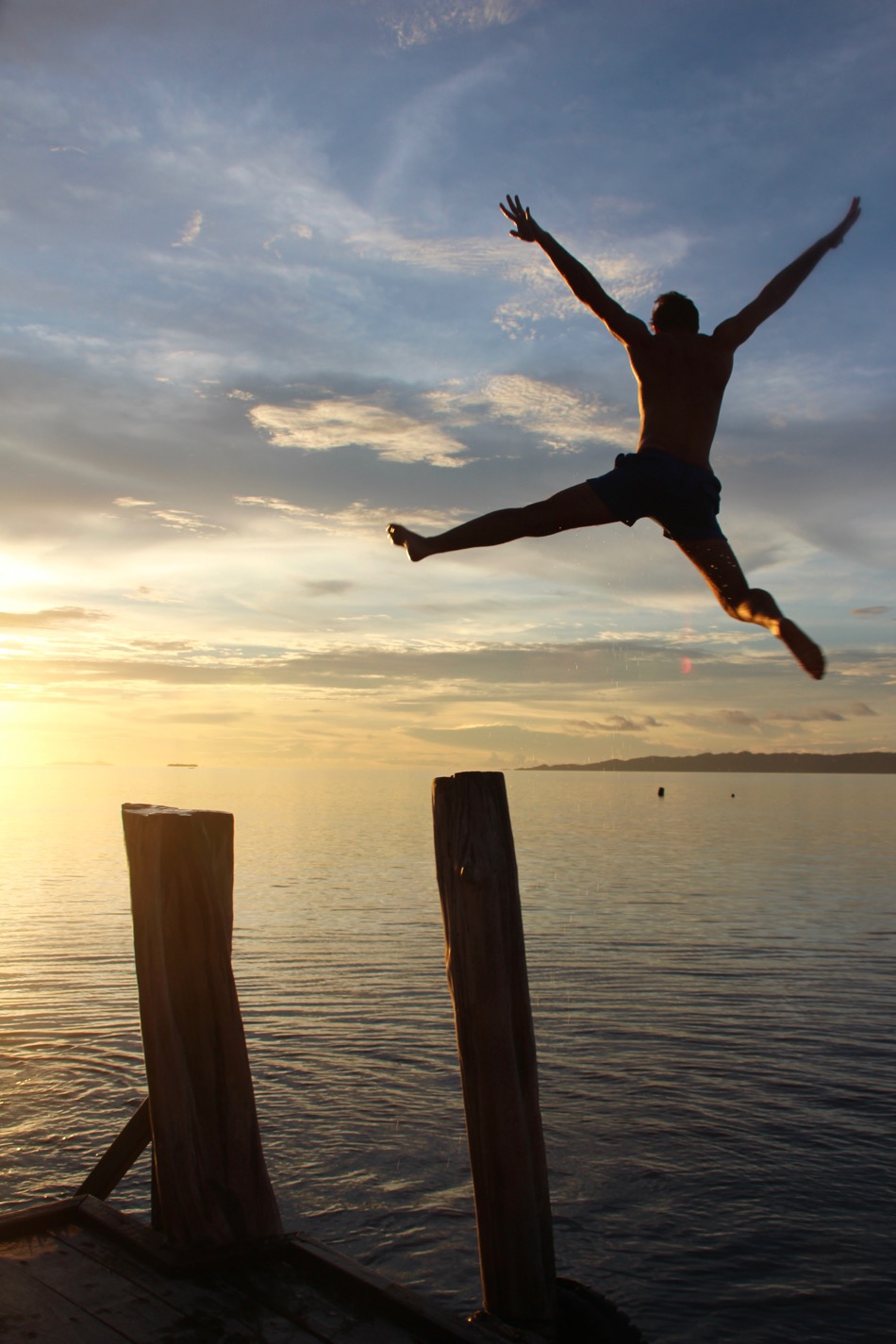 This part of the world reminds me that there are still unexplored places left in the world that are pristine and untouched. It primarily has stayed that way because basically there is no place for travelers to stay. The options are slim with home stays, liveaboard ships, or the Raja Ampat Dive Resort, which is where I stayed. 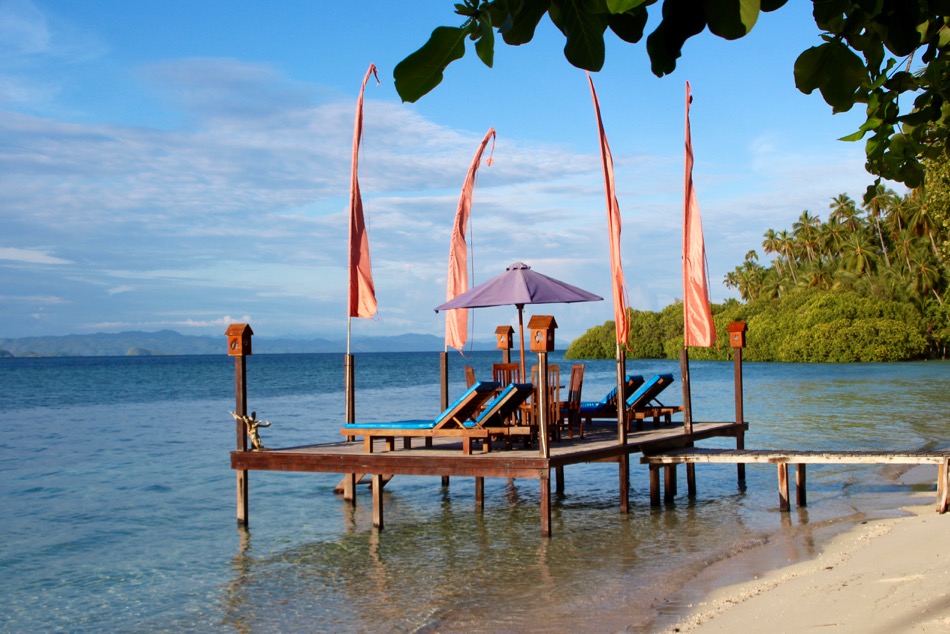 The resort itself is somewhat modern by American standards, but primarily a resort for scuba divers. It is surrounded by natural lagoons and of course the beach. Each bungalow has a sea view, while the real view, in my opinion, is either on the jetty or underneath it. While under the jetty, you will see some of the most colorful and amazing array of underwater species seen around the world. The sea is also very calm and easy for snorkeling for first time or inexperienced snorkelers here. The view from the jetty is worth a million bucks too and the sunsets are spectacular. You cannot go wrong with time spent out above the reef. Also, the jetty was the place to congregate when you wanted good Wi-Fi that you couldn’t get from the bungalow or the dining area. Remember, this place is remote and so Wi-Fi is not abundant! However, I did find it interesting that even the local workers would end up on the pier by the end of the night. Even they had their cell phones out and were staring at them during the wee hours of the night! 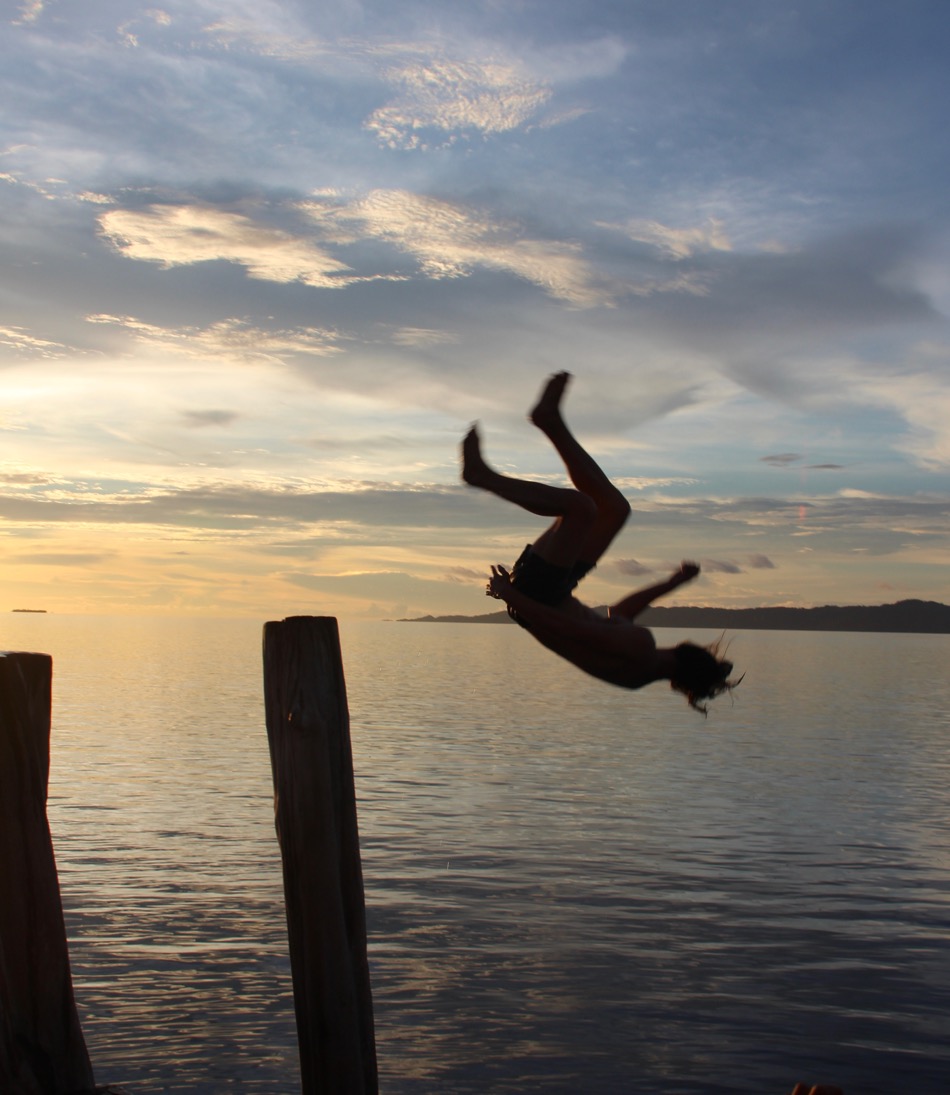 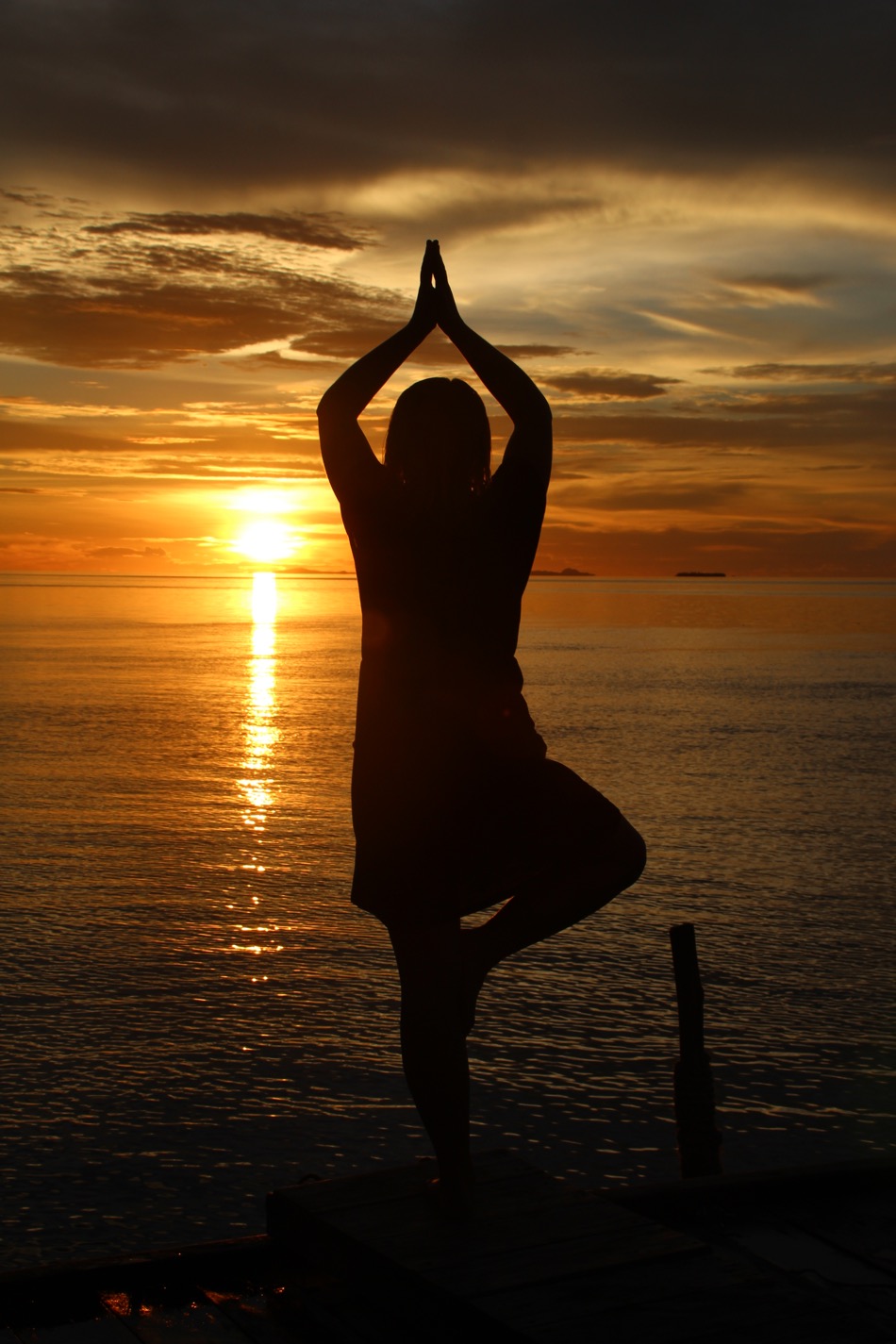 Indonesia Travel: Things to do

Snorkel under the pier

As mentioned before, this is about as good as it gets when you are a snorkeler, to be able to snorkel under the Raja Ampat Dive Resort’s pier. There could also be an opportunity to snorkel under the pier of Arborek Island. They also have an amazing reef right underneath the pier. 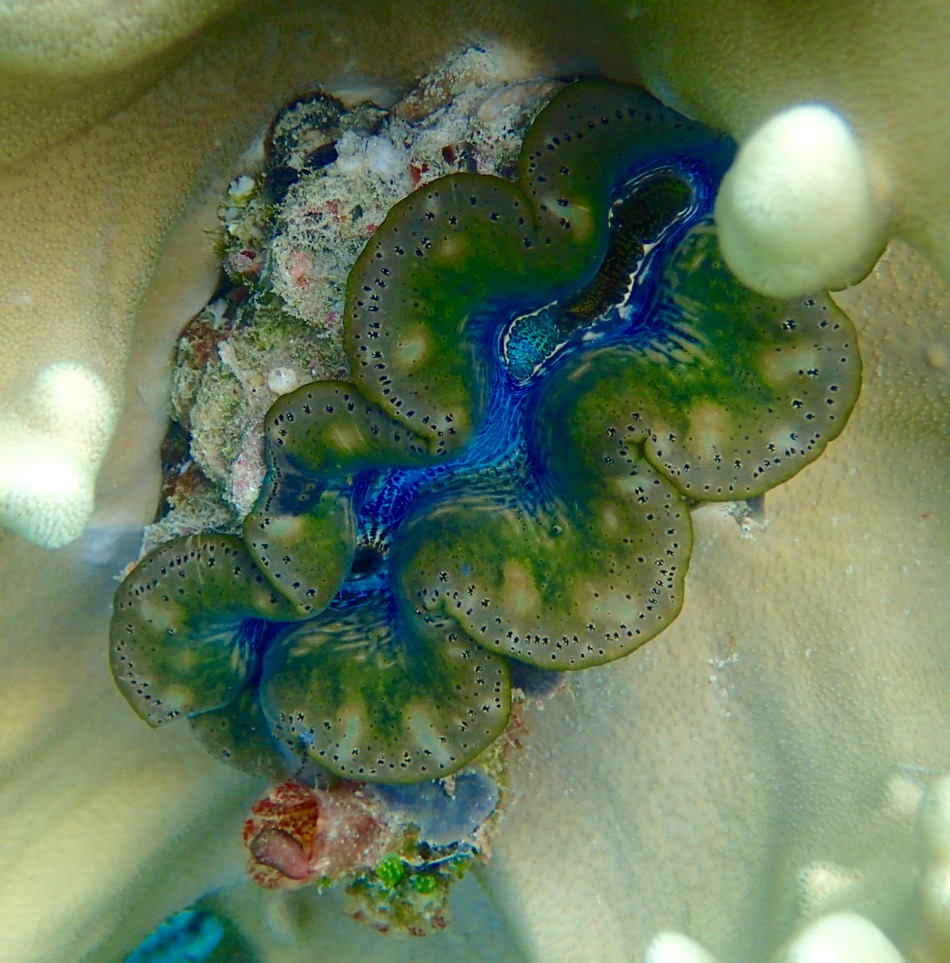 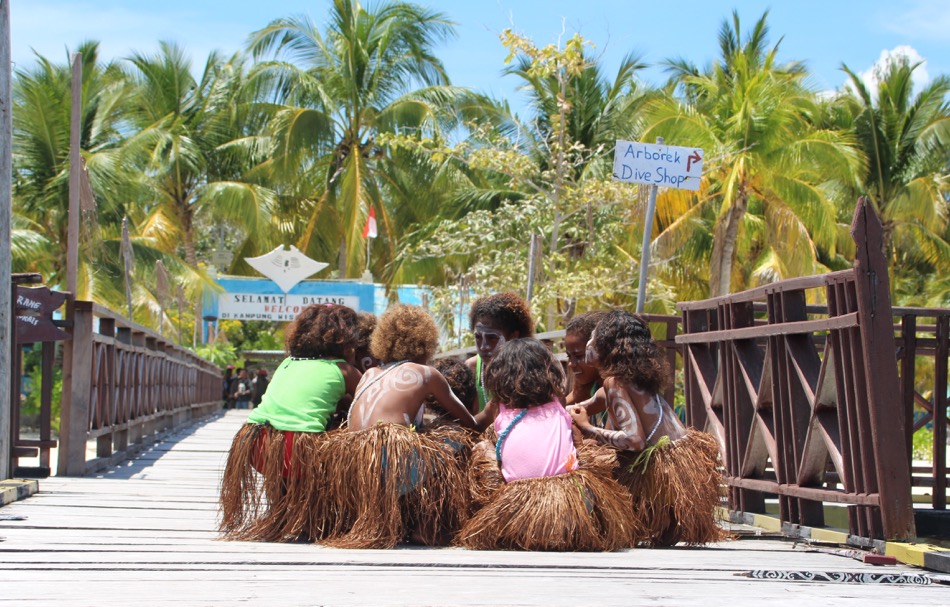 You can make a day trip out to a few of the villages. There are 18 villages in West Papua that have a community that is based on the sea. We made a day of it by going out to visit Arborek Village. Since the Ministry of Tourism sponsored our trip, they arranged for the local aborigine children to put on a traditional greeting dance upon our arrival. It was quite moving and the children were lovely and talented. 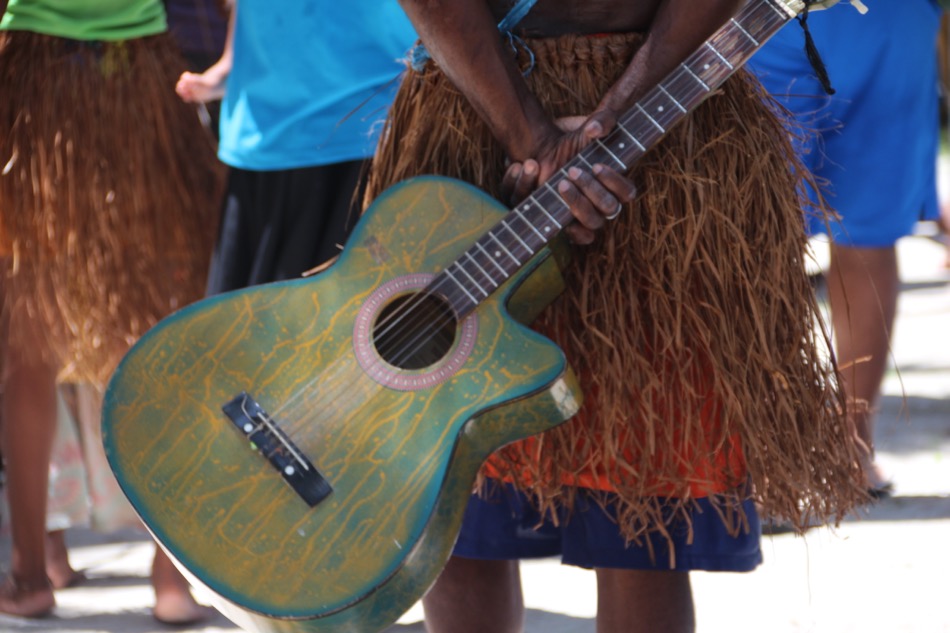 Then the town men played in a band and had us march through town on the sand covered roads. We walked in a circle around the island, watching them dance and sing as they lead us to the main center area of town near the beach, where there were tables for our lunch underneath a shade tree.

Arborek Island has gained a reputation for being a community-based marine conservation island. They recently claimed the #1 spot in 2015 as the village community that has set up regulations for marine conservation with the assistance of the national and local government, research centers, and other organizations. Typically, on the other surrounding islands, the women go out to sea with their husbands, but on this island, most of the women villagers have learned to do handicrafts to make and sell… simple things like sombrero type hats made from a plant source with an Indonesian flare. 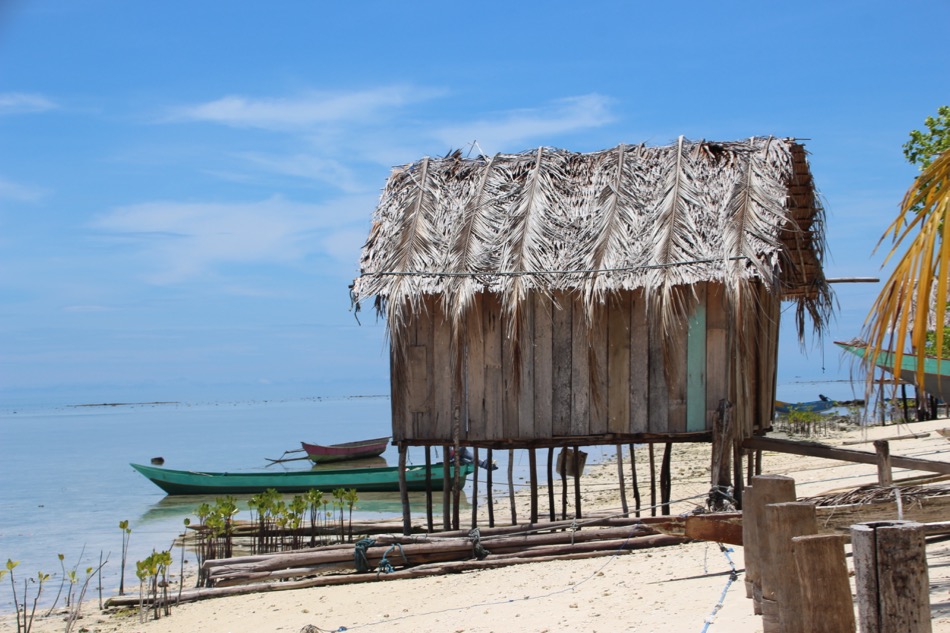 Obviously, the islands are poor, making their living by the sea and without many resources, but they are rich in heritage, culture, and their people. 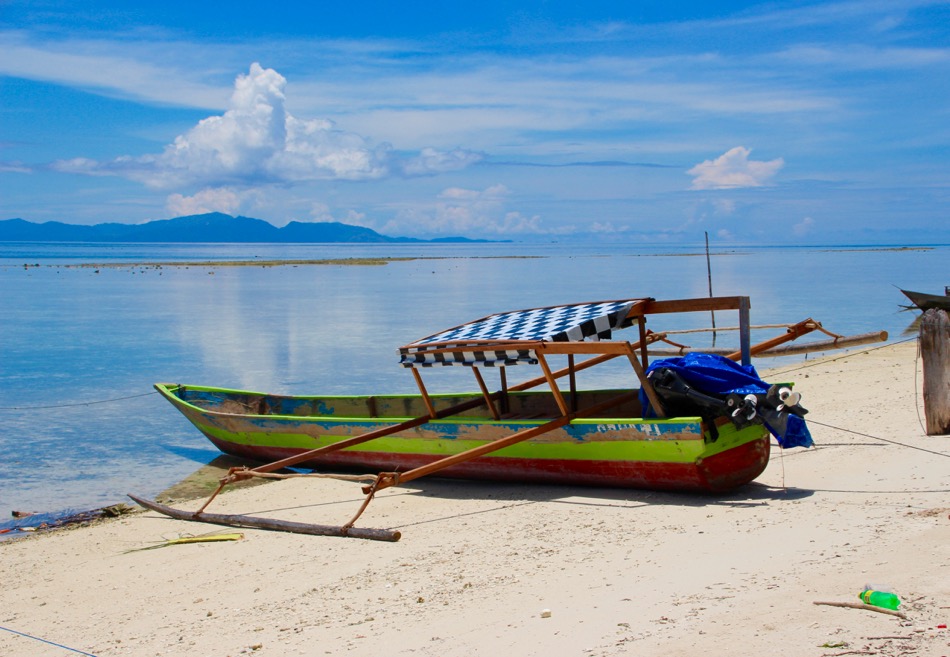 We also visited Sawinggrai Village. It was a true eye opener as to the reality of the lives of the people who live here. 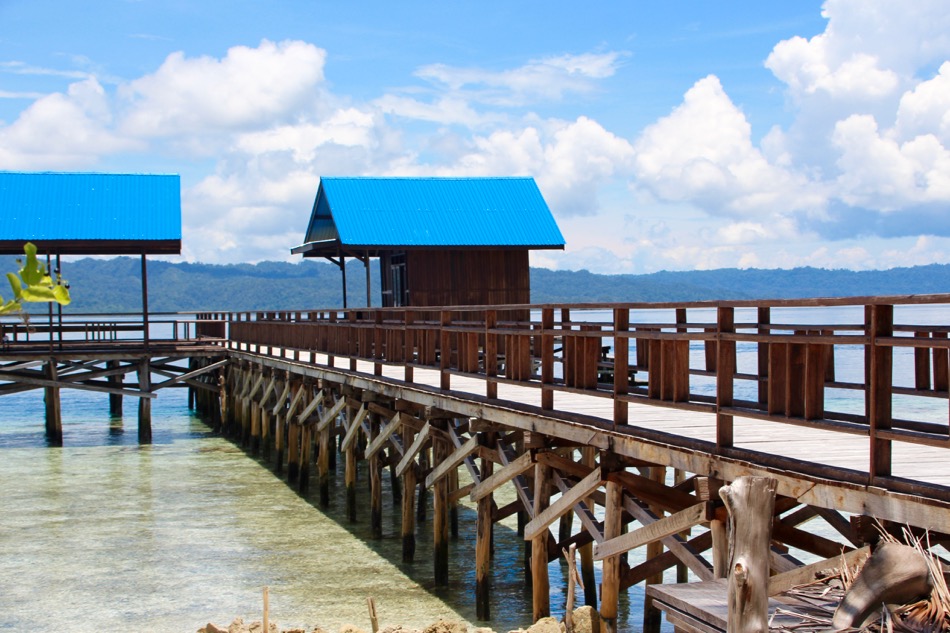 It seems in all the islands, there is a nice pier to dock your boat, but once you get past that, the true reality of their lives emerges in poverty. Here, you can find a single broken flip flop next to an inoperative bicycle wheel. Then see the most gorgeous rooster walk right out in front of a house. 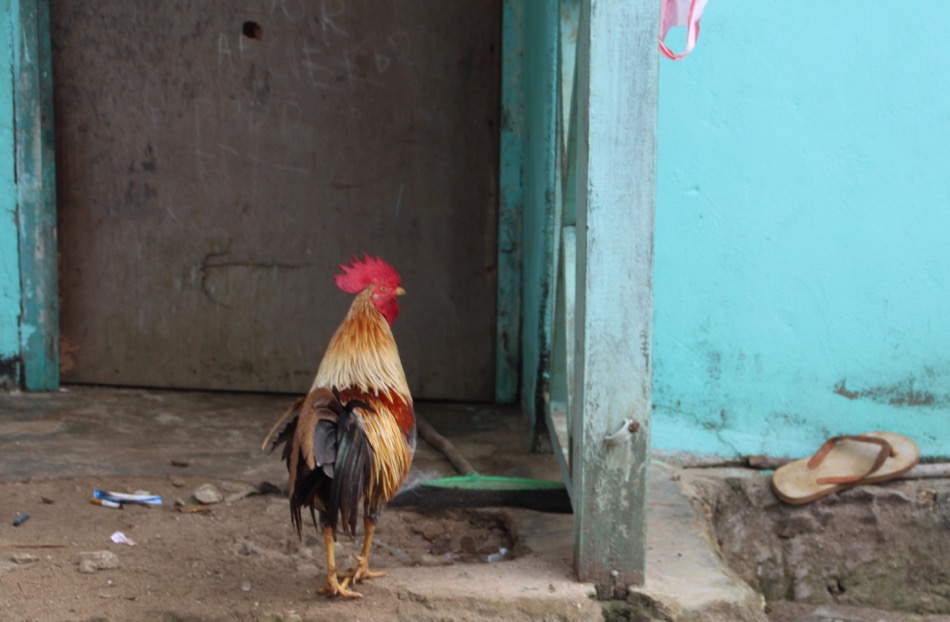 The juxtaposition of these items next to each other sum up the daily lives of these people. 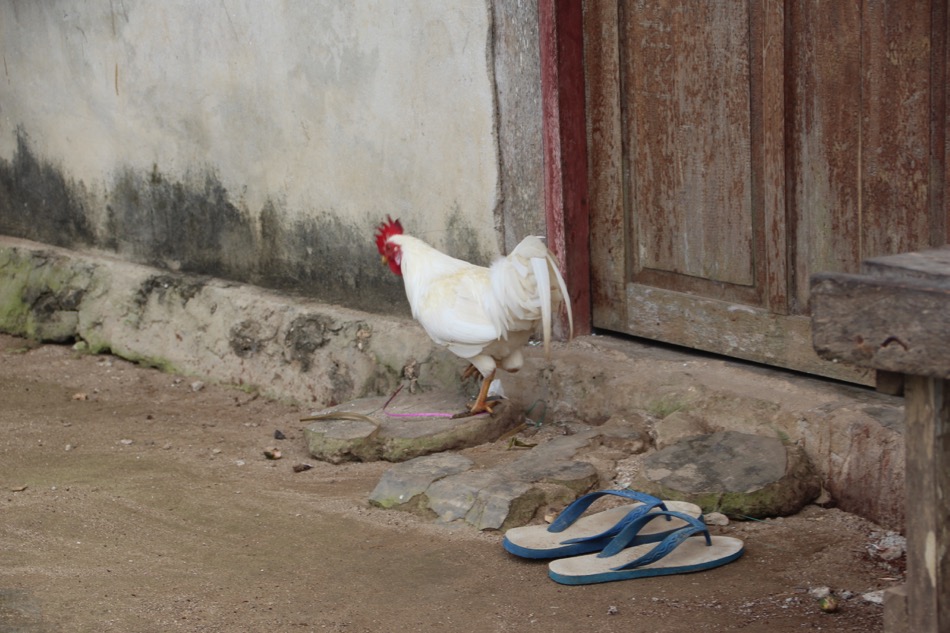 Here we were, a group of “Westerners” with expensive cameras and video equipment landing into their sublime life for less than an hour. They were as curious about us as we were about them. 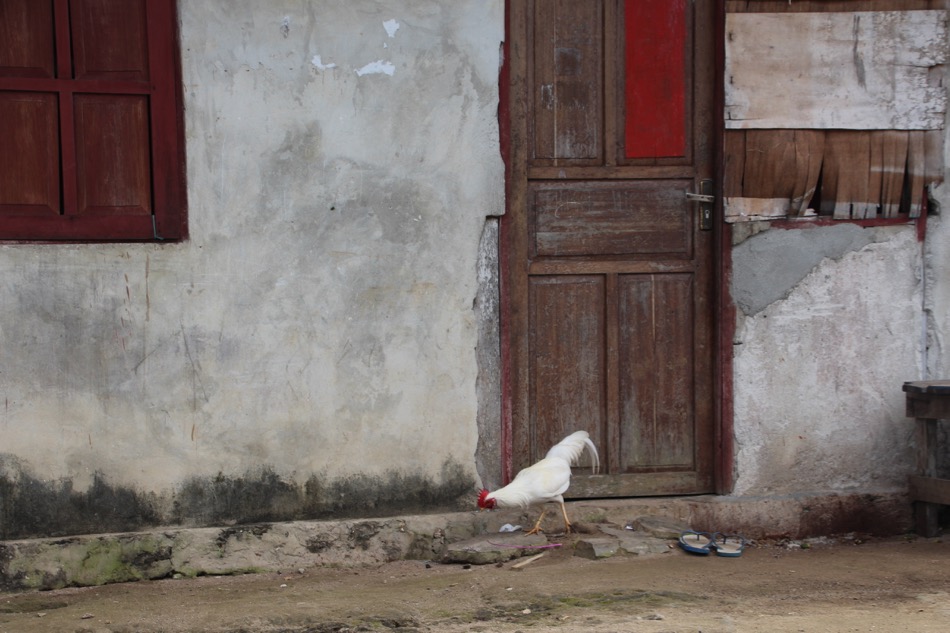 We saw scores of kids, playing. They were everywhere. I saw a cute group of boys playing inside of an old floating canoe in the water that was tied to the shore with a rope. 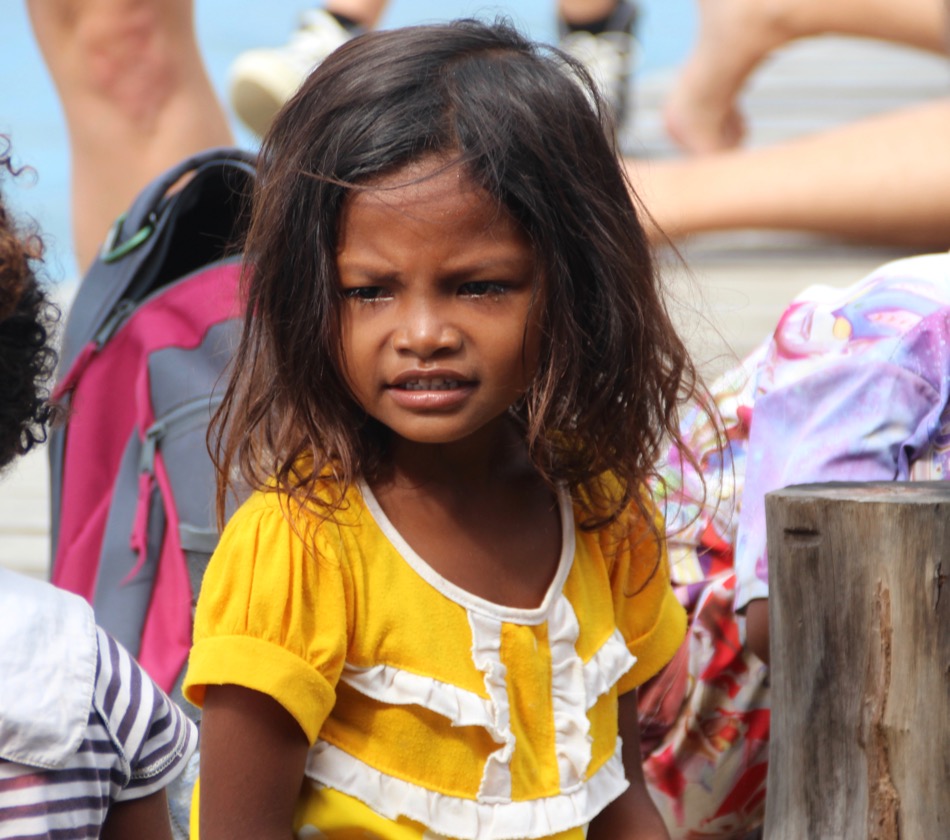 Life here can also be the same as it is everywhere in the world, where the little brother was grimacing because he couldn’t get to the boat with his brother and friends. He whined and hung tightly on the rope that attached the older boys to the shore. Little brothers always want to play with the big boys. 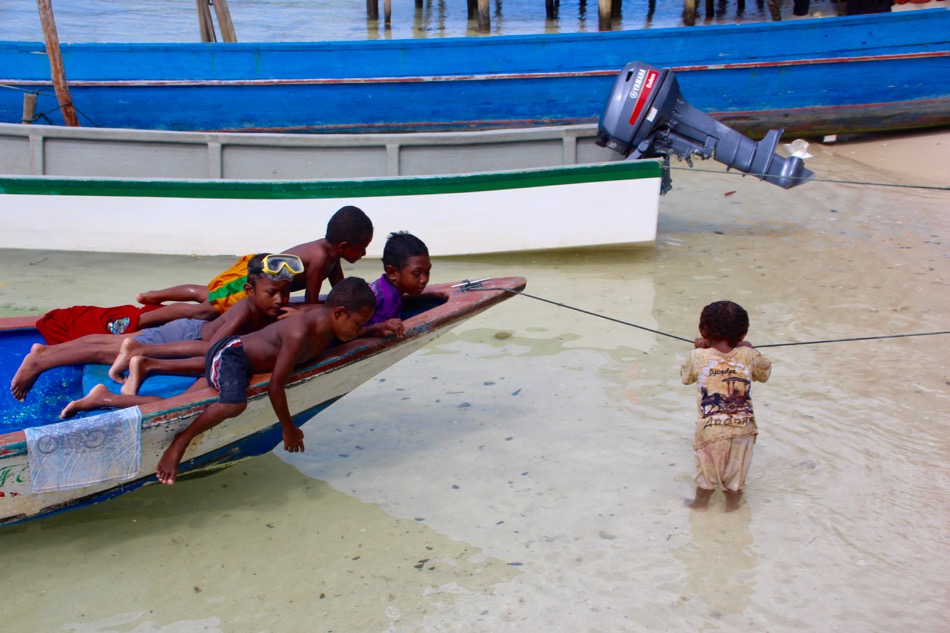 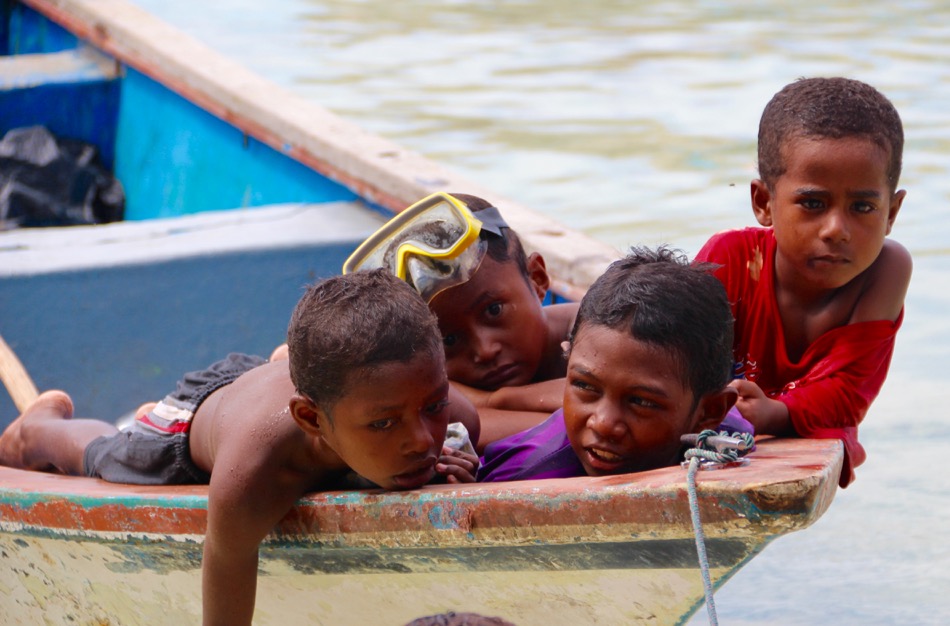 This trip taught me that sometimes people in these remote areas of the world, although they are poor, they are some of the richest ones in life. They lead simple, yet difficult lives. The heat is almost unbearable for the Westerners, yet they endure this, with the island breezes ,of course, every day of their lives. I can see that life can be easy on an island, but it can also be hard. 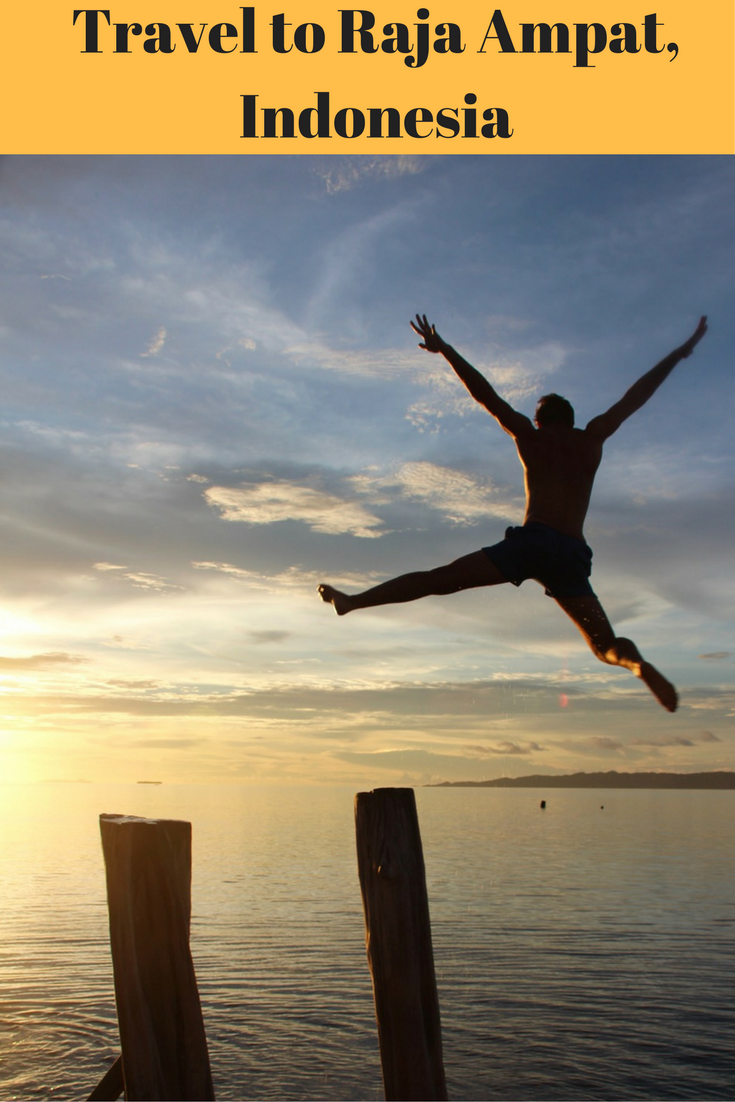 DISCLOSURE: The Ministry of Tourism sponsored my Indonesia Travel to Raja Ampat.