Home » Blog » Mosquitoes in Alaska | How to Avoid the Bugs

No matter where you go, there will be mosquitoes for sure. In fact, even in Alaska, you will still get mosquito bites from time to time. There are 35 mosquito species in Alaska and most of them will be more than happy to sample your blood. On a good note, mosquitoes will only be a problem during early spring. This can be from the second week of June to the end of July or until the beginning of August if at that. In fact, the best season to visit Alaska is before or after these months. 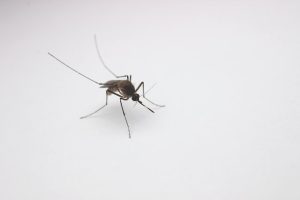 Swarms of mosquitoes can indeed happen in Alaska. In fact, an unofficial record of the most mosquitoes killed in a single swat was 78! This is the stuff of legend in the country. However, this kind of mosquito intensity only happens in rare instances. For example, it can happen on a perfectly windless evening and if there is a stagnant pond nearby. Mosquito swarms can also occur in the interior forest or a moist tundra in Alaska to name a few. In fact, you can find them in the Arctic Circle too!

Fortunately, Alaska mosquitos aren’t a problem in most tourist spots like Anchorage and some parts of the Kenai Peninsula. As long as there is a light breeze, adult mosquitoes will have less time to congregate in one area.

What's in this post: hide
1 How Bad Are Alaska’s Mosquitoes Compared to Others?
2 Climate Change Can Worsen the Mosquito Population in Alaska
3 How to Protect Yourself During Mosquito Season in Alaska
4 Mosquito Repellent You Can Use in Alaska
5 Alaska’s State Bird is Actually Mosquitoes

How Bad Are Alaska’s Mosquitoes Compared to Others?

Alaska mosquitoes are known for their ferocious swarms. In fact, locals call them the unofficial state bird of Alaska.  However, they can be separated by how far they are from the north. According to Derek Sikes, insect curator as well as a professor of entomology at the University of Alaska Fairbanks Geophysical Institute, mosquitoes can get denser the higher the latitude is.

One reason behind this is that there are more stagnant waters. This is because of the permafrost which traps pools of water. In fact, they make the best breeding grounds for these pesky insects. The farther you go in Northern Alaska you go the higher the chances of seeing massive swarms of Arctic mosquitoes.

Furthermore, the curator of insects from the University of Alaska Museum of the North stated that as a general rule, when there is a wet spring, expect mosquitoes in greater numbers. A bad year will depend on one person to the next. However, if you hear a local say this, then it is a bad year indeed.

Climate Change Can Worsen the Mosquito Population in Alaska

In fact, Lauren Culler, a research assistant professor of environmental studies at Dartmouth College stated mosquito species come out in large swarms during the Arctic’s short growing season. And when they do, they do so with a vengeance. 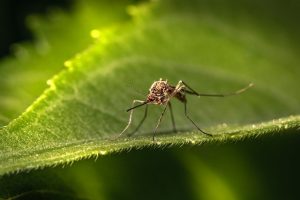 In fact, female mosquitoes are out for blood during this time. The good news is that although there are mosquito swarms in Alaska, they are not as dangerous as in other parts of the United States. In fact, they do not transmit any diseases like the West Nile virus. However, this can change because of climate change.

Since the Arctic is warming up faster, the life cycle of mosquitoes here shorten. Not only that but they can survive for an extended period of time. In fact, swarms of mosquitoes have been seen in Toolik field station in Arctic Alaska.

Jesse Krause, a Ph.D. student from the University of California who worked here, witnessed firsthand the swarms of mosquitoes here according to the Alaska Dispatch. The same goes true in Prudhoe Bay where locals are engulfed in these insects.

How to Protect Yourself During Mosquito Season in Alaska

In the event that you find yourself in a heavy congregation of these annoying insects, there are some simple steps that you can use to protect yourself. 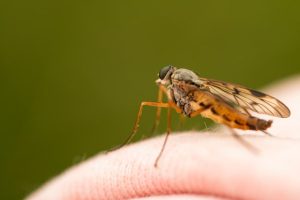 Mosquito Repellent You Can Use in Alaska

A mosquito repellant comes in handy when you need to protect the rest of your body against the mosquito population in your area. If you forgot to bring protective clothing, then these bug repellants can be used.

DEET is a strong chemical but highly effective against mosquitos. In fact, you can spray it on your hair, neck, face, and other exposed skin. However, make sure that you don’t use this on small children.  Once you are out of the heavy bug territory, wash off the repellent.

Not everyone is fond of applying harsh chemicals to their skin. Good thing there are natural alternatives to DEET. In fact, one of them is citronella. When looking for bug repellents, look for those that have this active ingredient. You can also use citronella candles to ward off mosquitos. There are also mosquito coils that can help shoo away these insects.

It is also a good idea to wear permethrin-treated clothes during mosquito season. In fact, the chemical used on clothes is often mild and can last up to 70 launderings. This is useful not just with Alaska’s mosquitoes, but with tropical mosquitoes as well.

The carbon dioxide that we emit often attracts mosquitoes. This as well as other environmental factors can contribute to mosquitoes making a meal out of you. However, there are some people who are just mosquito magnets. If you are one of them then you need to use protection from these insects to avoid any potential health risks. Even scientists who spend a lot of time on the North Slope wear a bug net for protection. 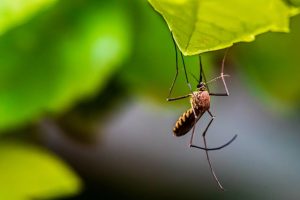 It is not surprising why locals joke that Alaska’s state bird is actually mosquitoes. With millions of these insects flying around, they can actually pass as the Alaska state bird. This is especially true with the way they flock in the skies. The next time you are thinking of going on a trip here, especially to the Yukon River, make sure that you come prepared against these insects as well as black flies.

The good news is that there are easy steps to protect you from mosquitoes. Aside from using a synthetic compound like in bug repellents, the most effective method is to use natural repellants like citronella and bug nets.