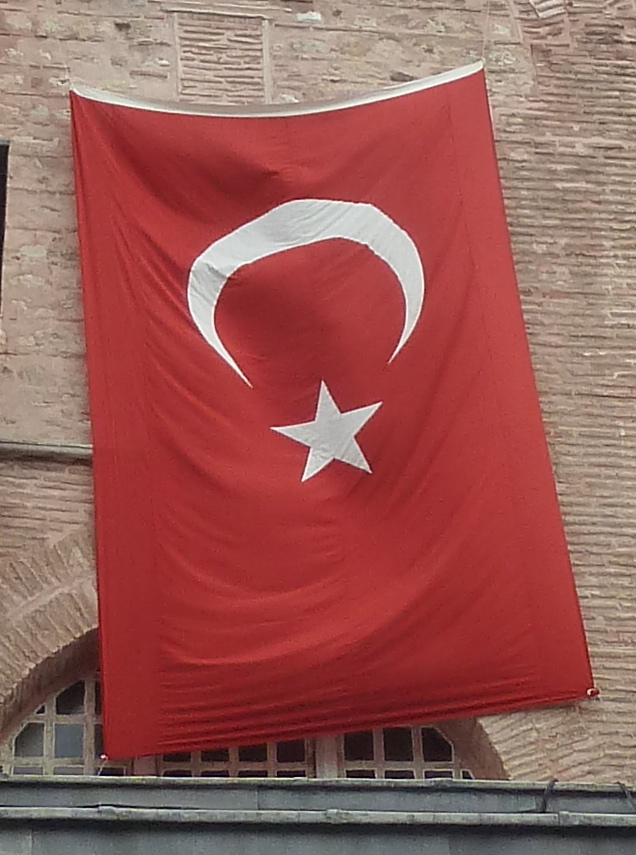 The flag of Istanbul, Turkey

While I was in Istanbul, it was a national holiday known as Republic Day, and the flags of Turkey were out in full force. It was the best display of patriotism I have ever encountered. 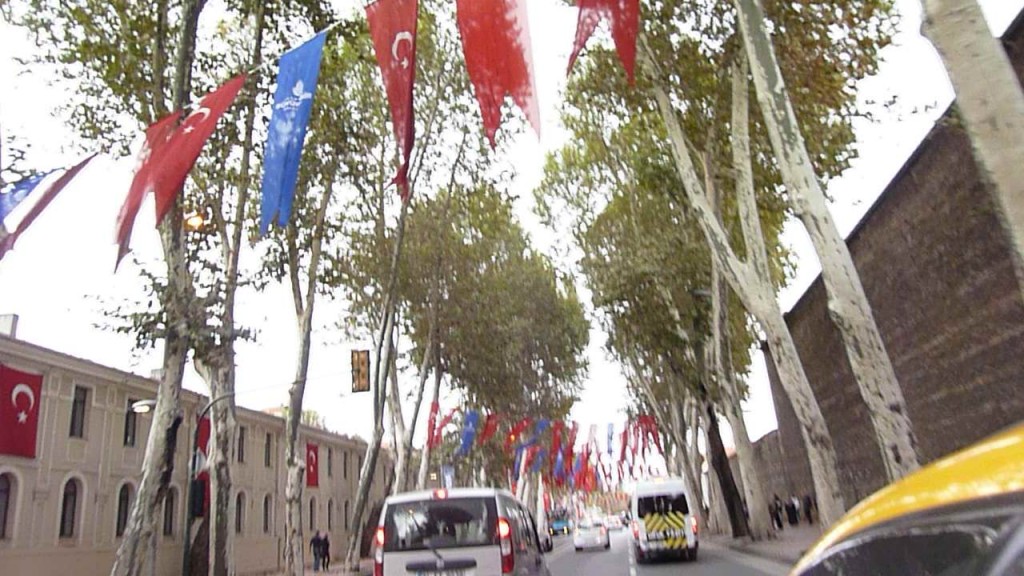 There was a religious holiday going on as well, so festivities were in full force. 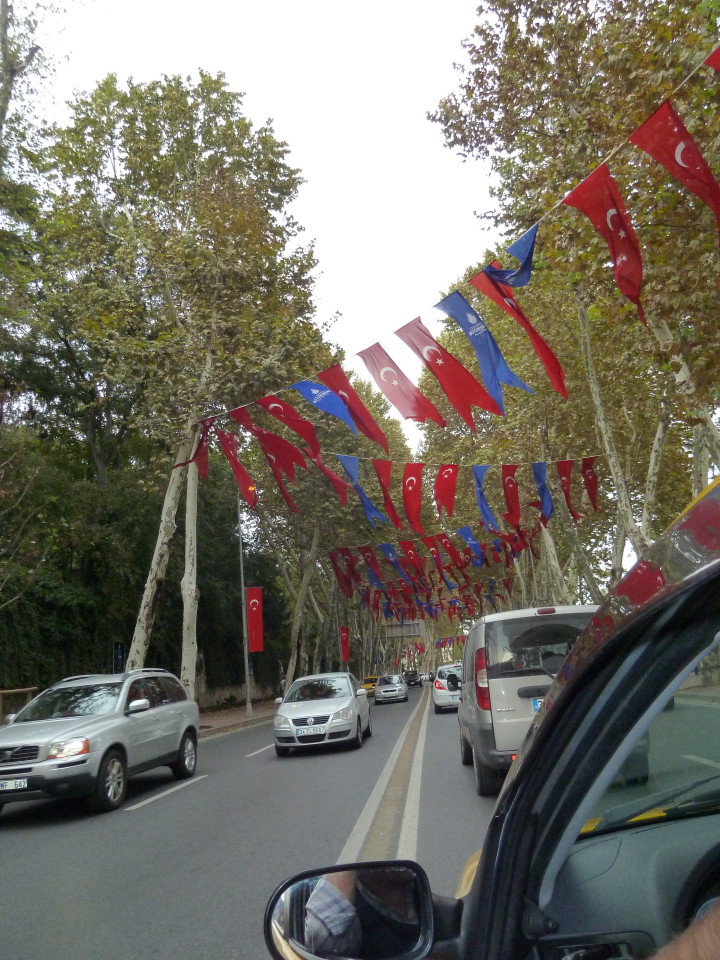 I have to say that I have never seen anything like it. 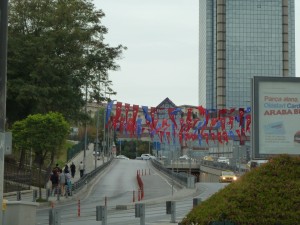 You couldn’t go a few blocks without literally thousands and thousands of flags all across the streets, hanging in every spot there was to hang a flag. What great shows of patriotic examples they displayed to the world! Just the sheer number of flags forms a patriotic essay. 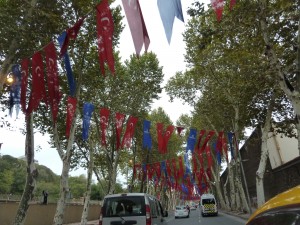 It was truly amazing the city of Istanbul showing such a patriotism to their country. 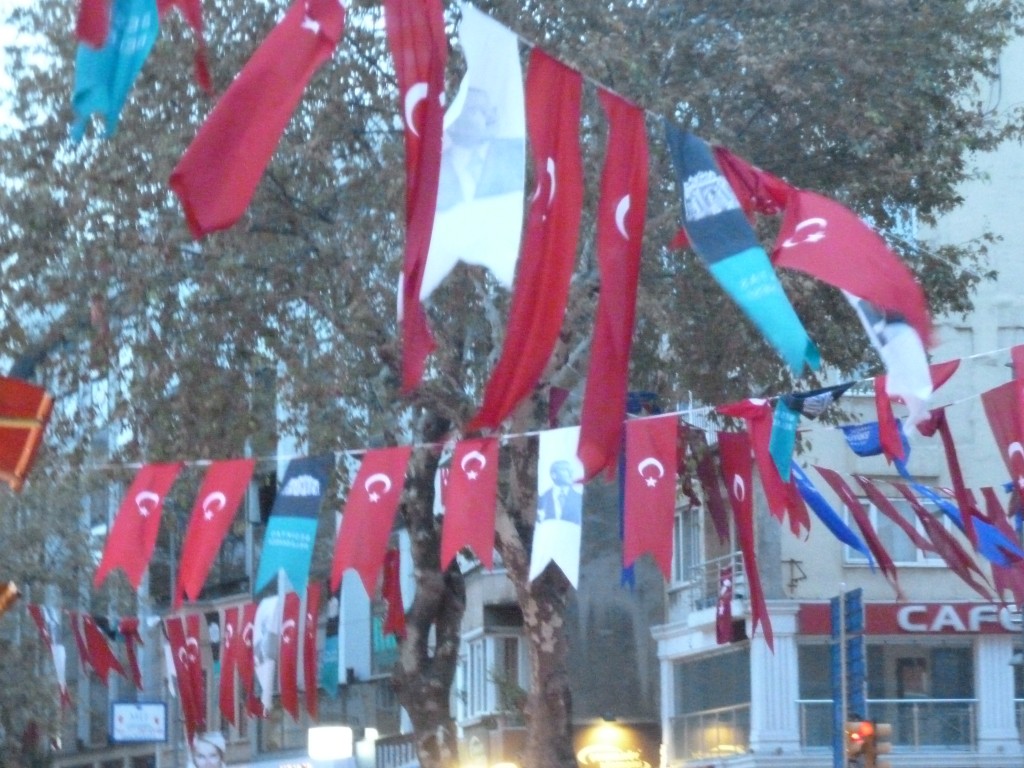 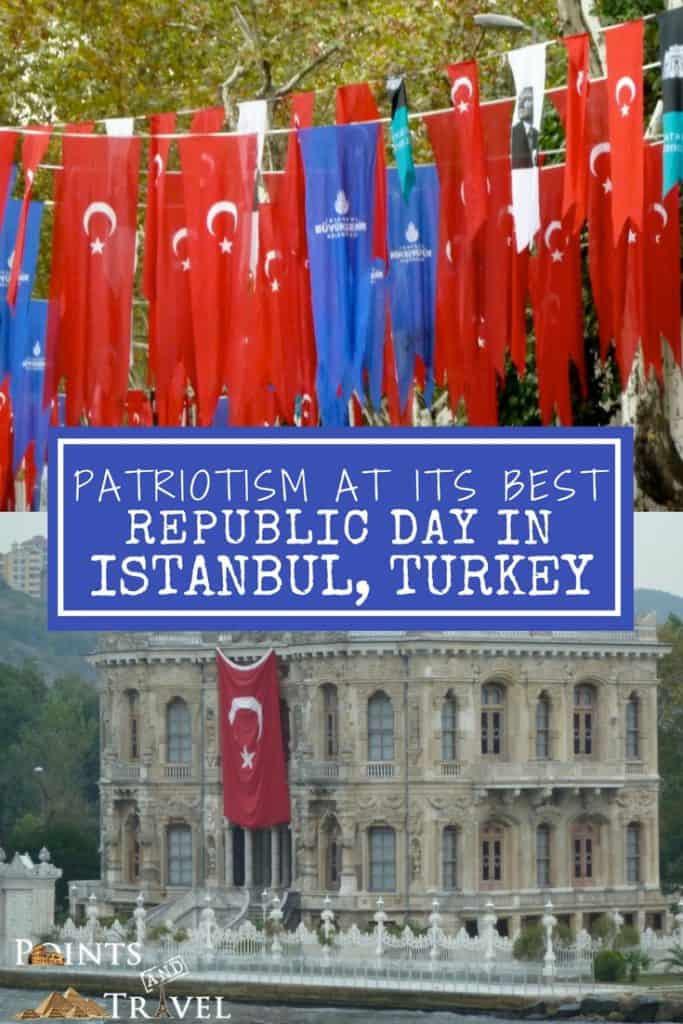 Come along with me as I explore Istanbul, Turkey on its most patriotic day of the year, Republic Day. It is a patriotism example and patriotism essay within itself.

Every ride in the taxi or walk down the street seemed like a festive or patriotic event going on. 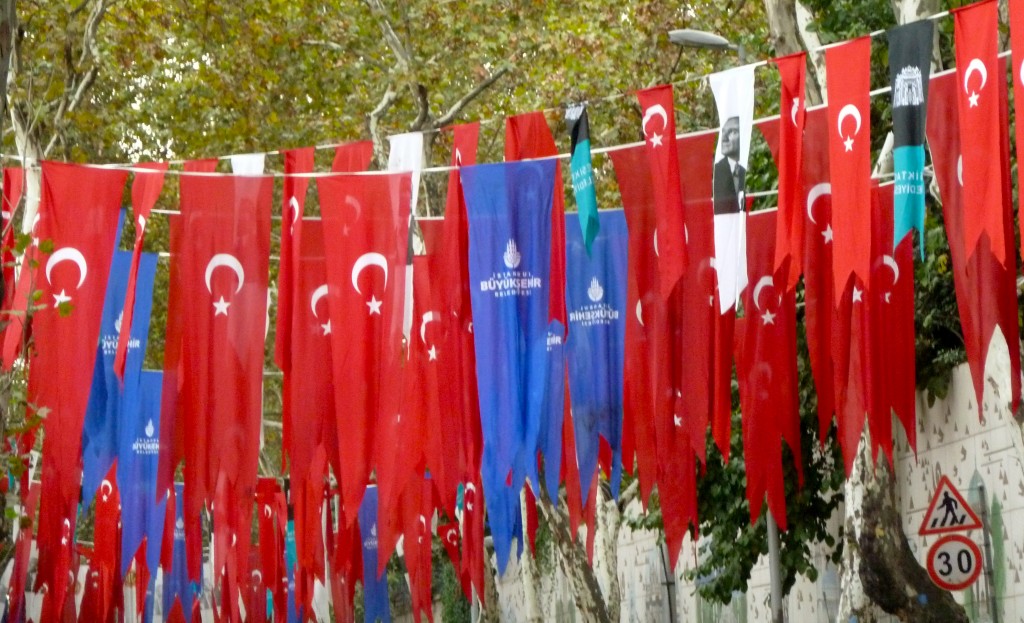 I do have to admit that I loved it. 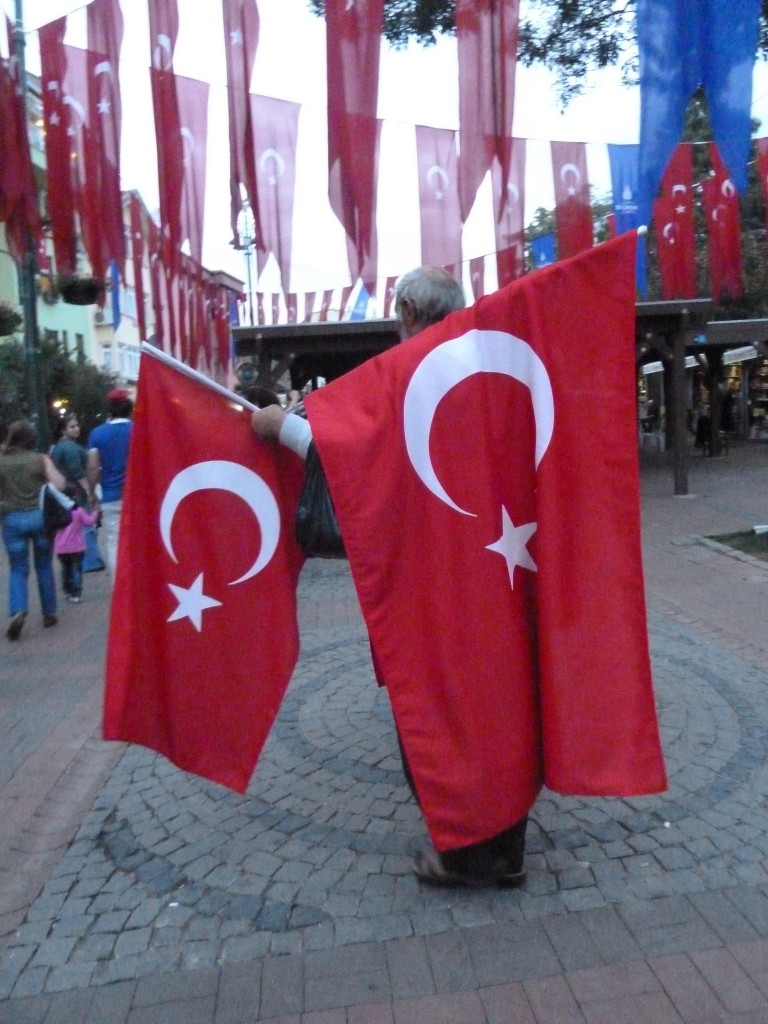 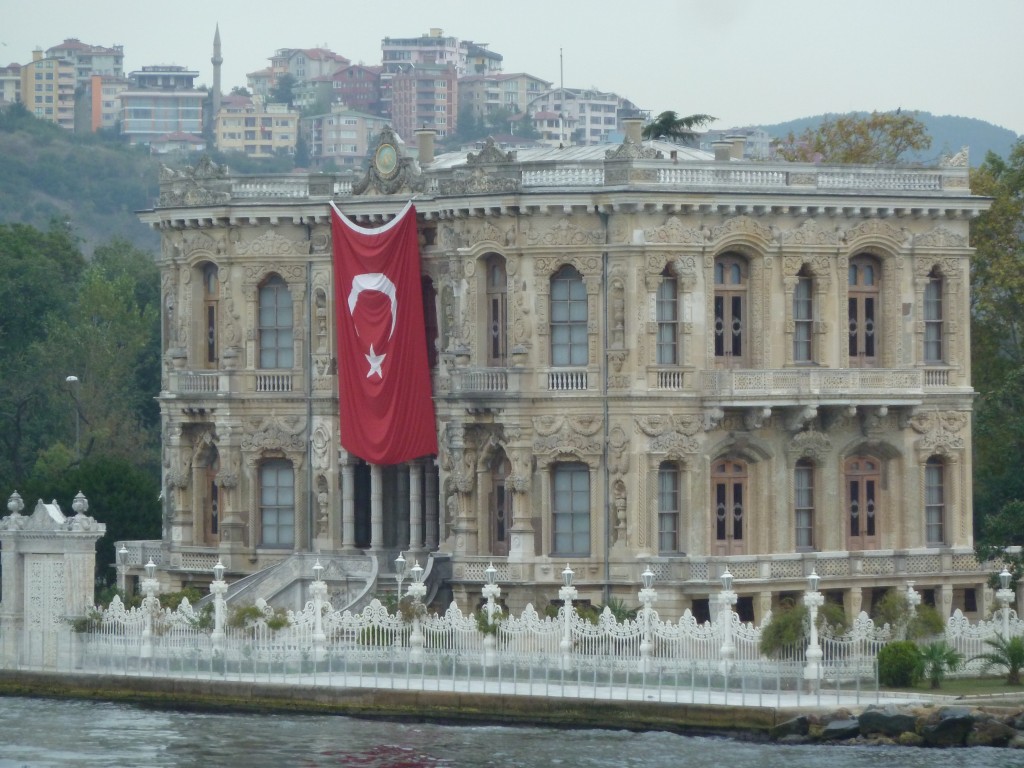 The flag of Istanbul, Turkey

But one of the most amazing things was when we had been out all day, heading back to our apartment on the Bosporus River. 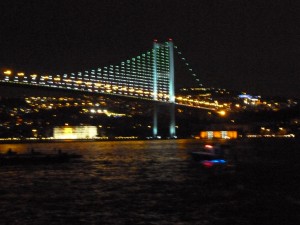 Bridge on the Bosporus River

We were in our bathrobes, winding down for the night when suddenly I heard a few firecrackers.  Then some more, then some more.  So we decided to get dressed real quick and go down to the hotel bar on the river to see what was going on.  It was absolutely, bar none, the best and longest fireworks show I have ever seen.  And I am from Texas and we love July 4th in my state, so I’ve seen some good ones.  I have also been to numerous fireworks shows, from Hong Kong to New York to Mexico, but I have never seen something like this before.  It was spectacular and was a great ending to a wonderful trip to Istanbul. 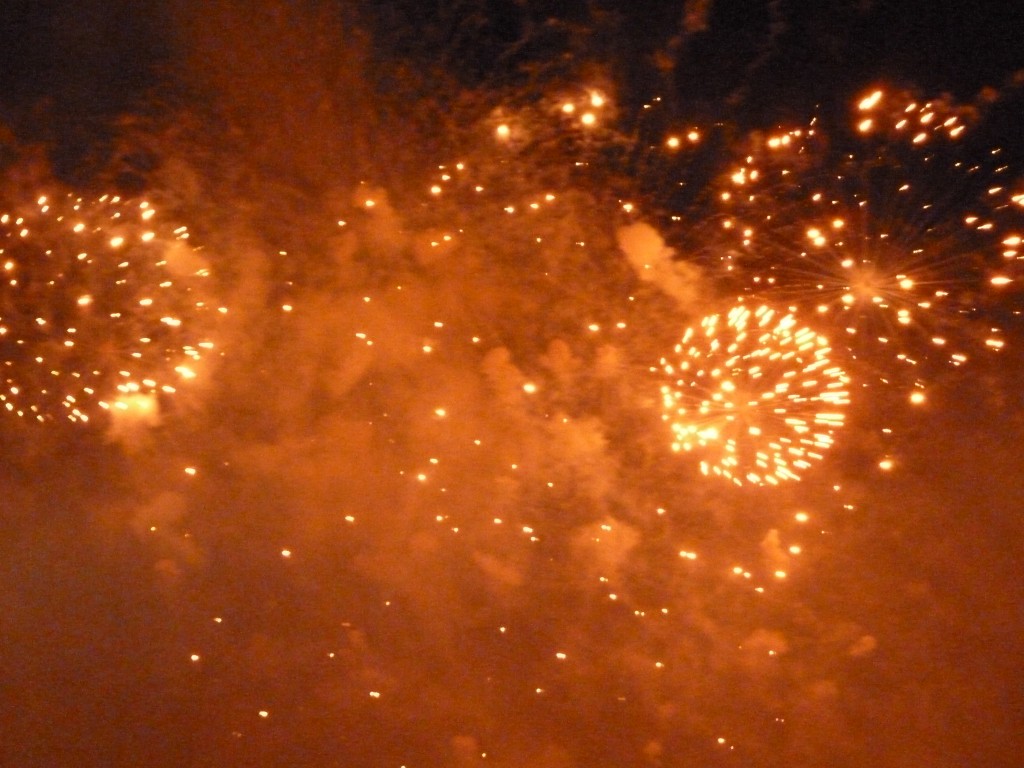 Amazing fireworks show on the Bosporus river in Istanbul, Turkey

“Loyalty to country ALWAYS. Loyalty to government, when it deserves it.” – Mark Twain

“There is no flag large enough to cover the shame of killing innocent people.” – Howard Zinn
“They wrote in the old days that it is sweet and fitting to die for one’s country. But in modern war, there is nothing sweet nor fitting in your dying. You will die like a dog for no good reason.” – Ernest Hemingway

“He who joyfully marches to music rank and file has already earned my contempt. He has been given a large brain by mistake since for him the spinal cord would surely suffice. This disgrace to civilization should be done away with at once. Heroism at command, senseless brutality, deplorable love-of-country stance and all the loathsome nonsense that goes by the name of patriotism, how violently I hate all this, how despicable and ignoble war is; I would rather be torn to shreds than be part of so base an action! It is my conviction that killing under the cloak of war is nothing but an act of murder.” – Albert Einstine

“A patriot must always be ready to defend his country against his government.” -Edward Abbey

“It is not always the same thing to be a good man and a good citizen.” – Aristotle

“Patriotism is supporting your country all the time and your government when it deserves it.” – Mark Twain

2013 marks 90 years of the Turkish republic. Enjoy everyone!!

Amazing patriotism! We were Turkey last fall (not for Patriot Day) and were generally surprised by the amount of flags. Turkey seems be like America - very patriotic.

Yes, I was so astonished at the number of flags and that fireworks show was over the top! I loved it and it made for great photographic shots!