The 60 something, certified tour guide with the short, wavy hair saw me immediately as I came out of the elevator.  She had been canceled due to a tight schedule by a few US Congressmen, who were in town doing business and was assigned to me as my guide of Oslo. “So, what do you want to do first?” she asked.  “Well, I heard about this place, the Emanuel Vigeland Mausoleum, it looks very interesting.

I am pretty sure it will photograph well.” I said. “Oh, hmmm, in the 20 years of taking people on tours, from families to dignitaries, no one has ever asked me to take them there!” She replied! I had read it was the best-kept secret in Oslo and I guess it still is! 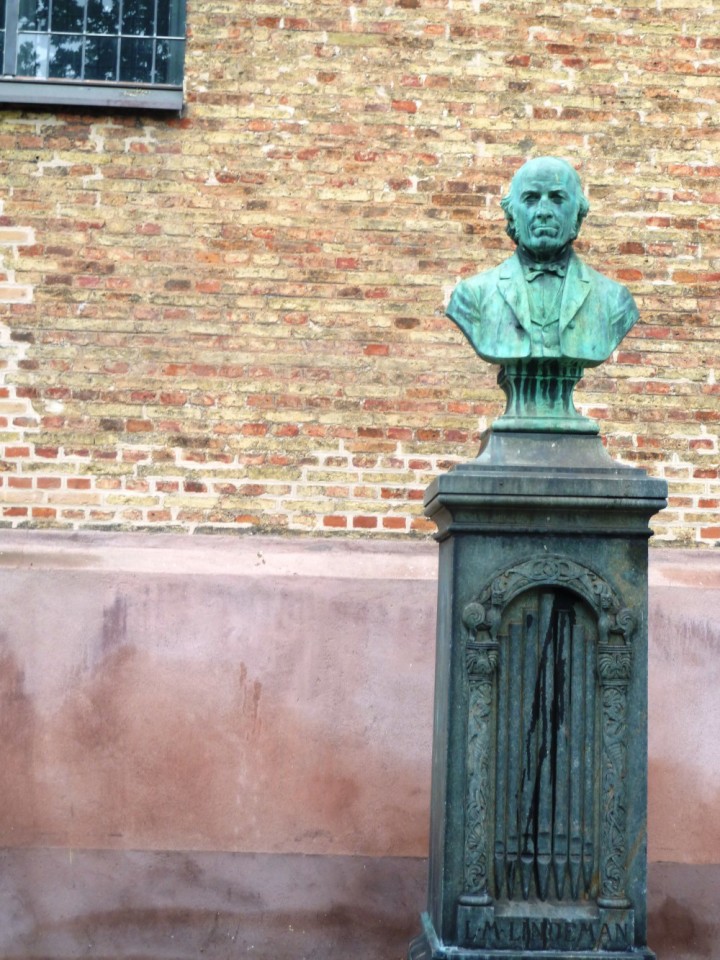 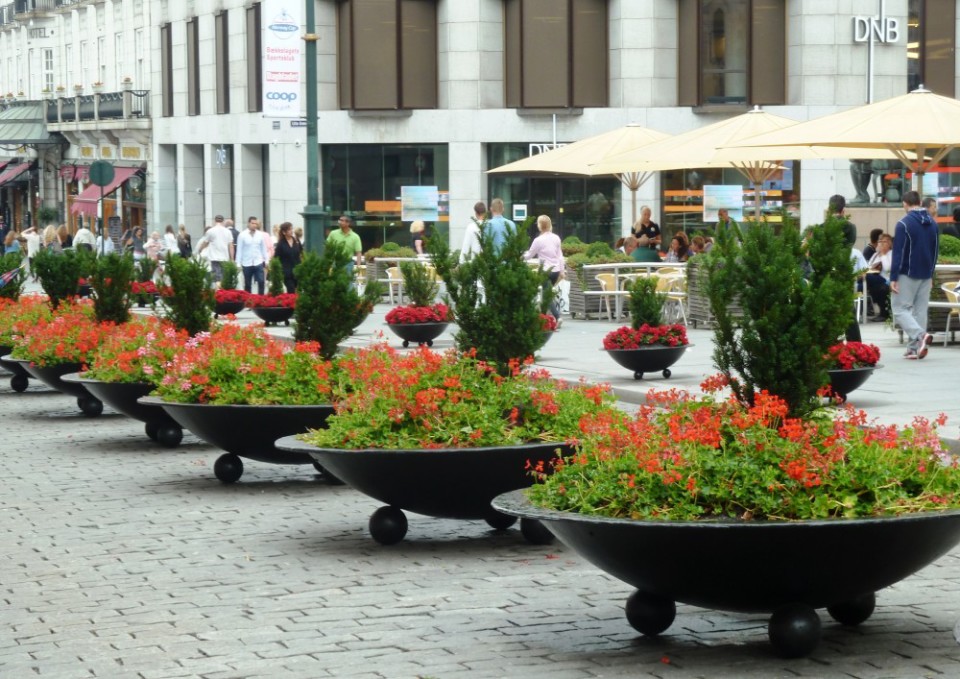 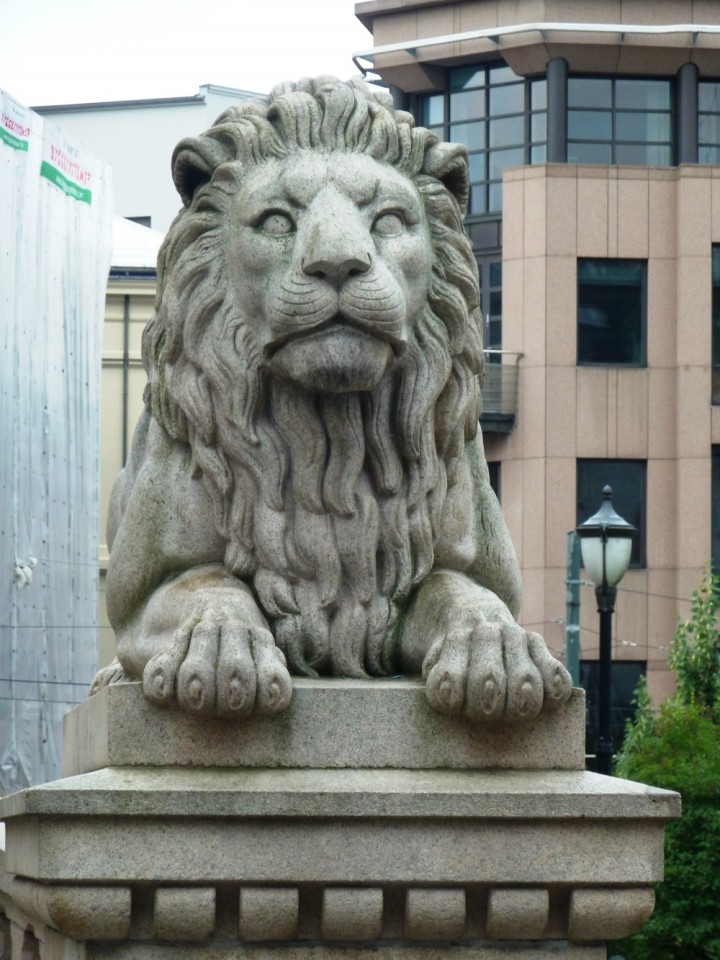 So over the course of the next few hours, she began telling me the history of Norway.  We walked and walked and walked.  I am not really much of a tour person, so it was quite hard for me to stay interested for too long because I like to wander and photograph.  She did well, as I know she didn’t quite get the attention she was most accustomed to. Our hours were over and we had still not seen it. I got the distinct impression that it was not really something on the agenda, which meant that I was going there next. 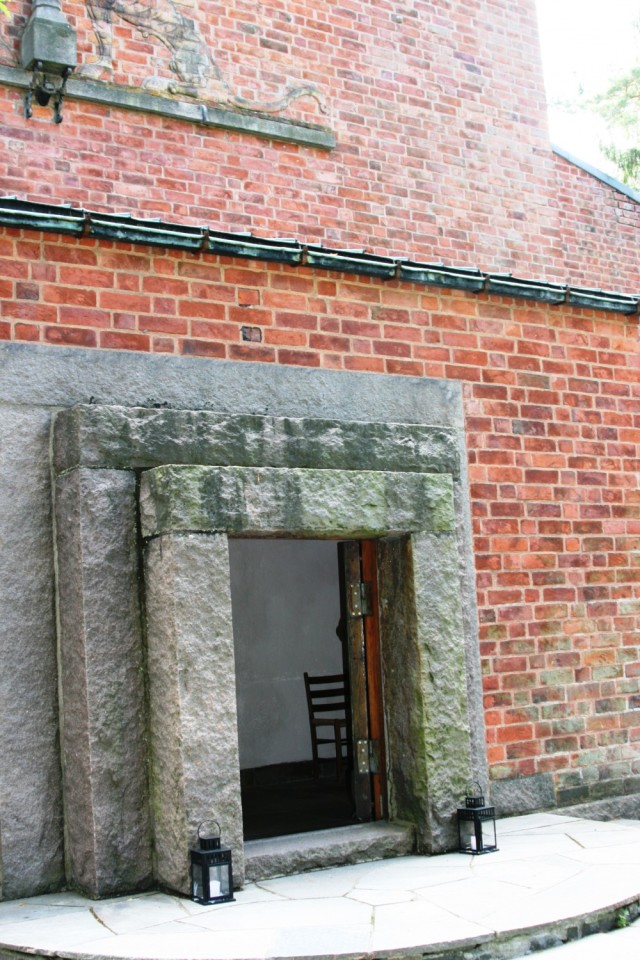 Up in the hills above Oslo, in an ordinary Norwegian neighborhood, there it stood.  I might have missed it if it wasn’t for the lone photographer standing out in front.  Number 8 Grimelundsveien Street.  It was a red brick, an old church-like mausoleum with thousand-year-old oak trees swaying the in the breeze.  The trees there are among the oldest living creatures in Norway and literally have roots that go back to the Middle Ages and to the Viking Age. 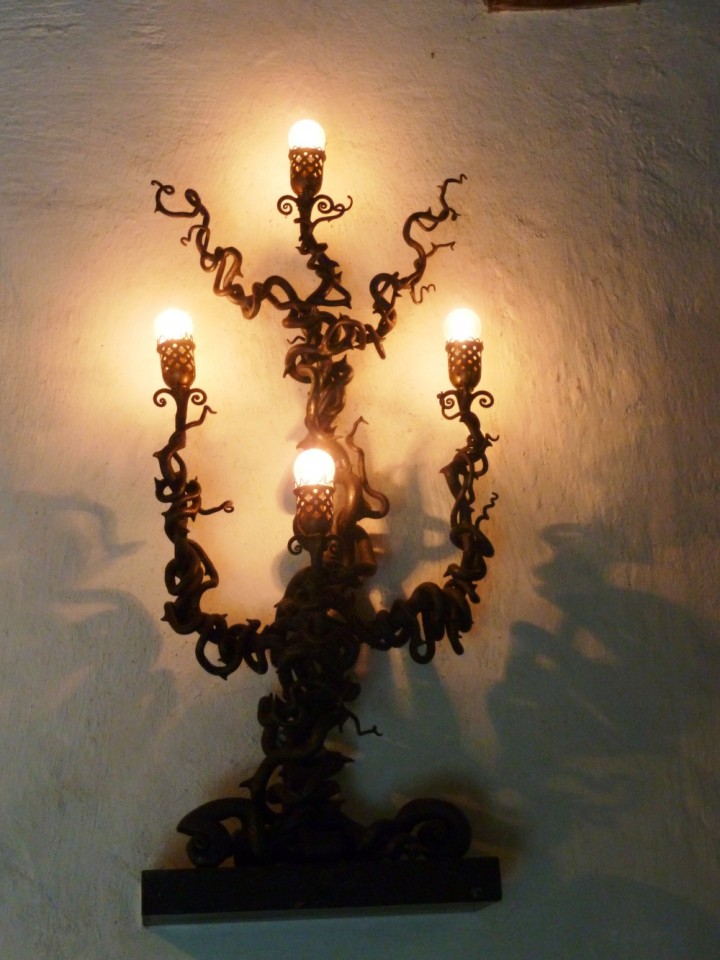 The mausoleum is shaped like a small windowless church, which has overwhelming acoustics that makes speaking out loud almost impossible.   The shuffle of my feet sounded like snakes hissing. To enter, you go through this small door and peer into the darkness. 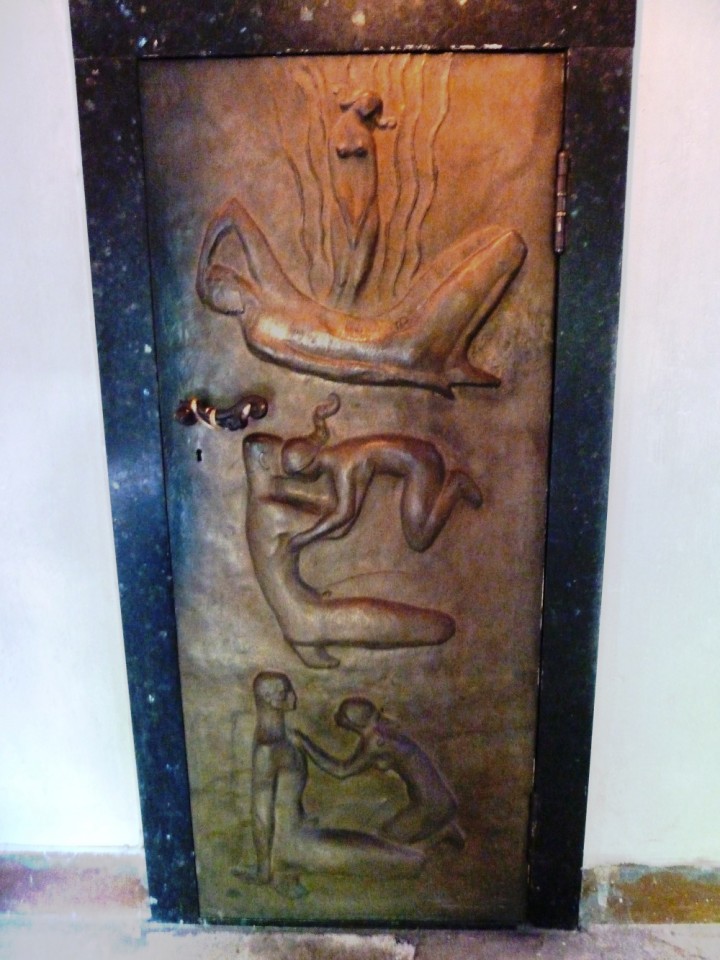 No Photographs are Allowed

No photographs are allowed, which was a big disappointment for me, but worth it nonetheless, thus none of the four following photographs are mine.  The inside walls and roof are covered in a giant fresco depicting the human experience. 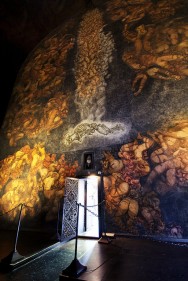 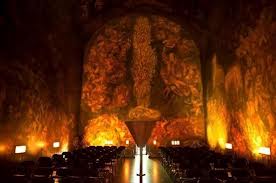 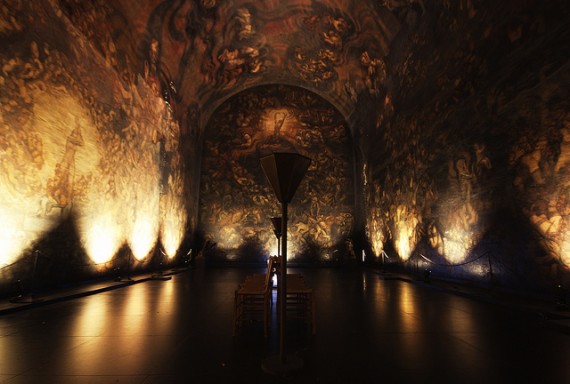 In the darkness, you have to wait for your eyes to adjust, at least a good 10 minutes and as you shuffle around trying to figure out what you are looking at, suddenly you can see more clearly.  I sat in the middle of the room and tapped my foot, which sounded like thunder rolling in from outside.  I am quite uncertain about how acoustics work, but the sounds inside this hall were amazing.

Upon exiting the mausoleum, the door is very low and there is an urn containing Vigeland’s ashes in a niche above the exit door, thus forcing you to bow to him when leaving his space. 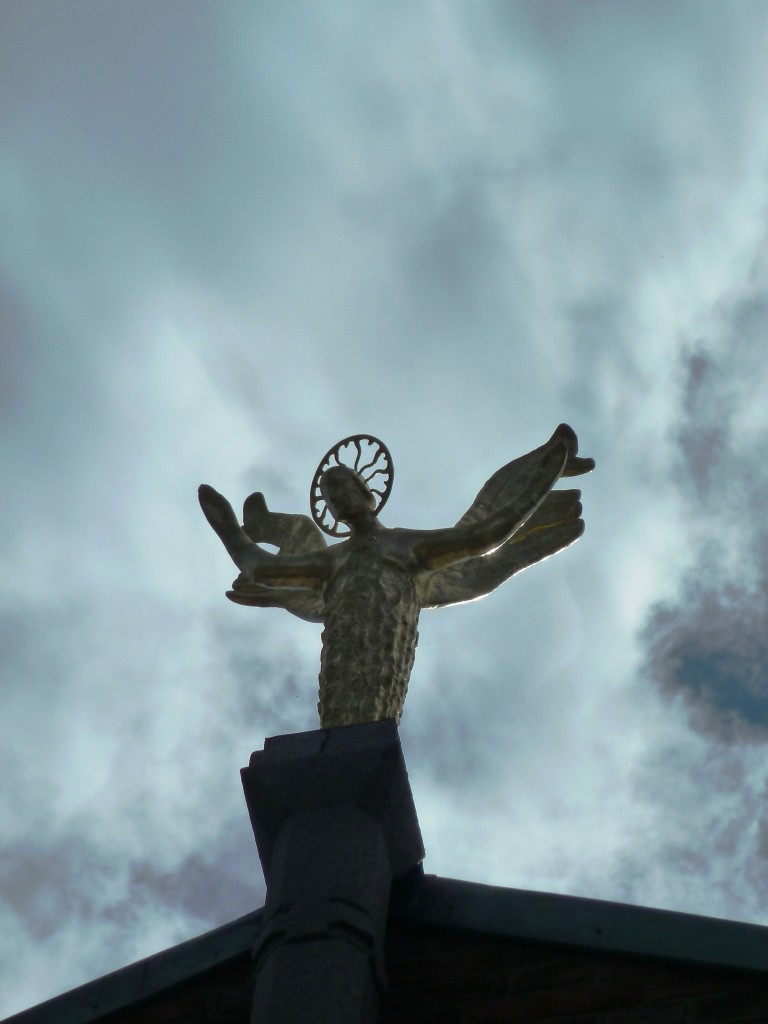 Humor is Revenge For Emanuel Vigeland

Rumor has it that he was annoyed at his more famous and older brother Gustav so that this after-death humor was his revenge. His brother has a famous sculpture park in Oslo.

Disclosure:  The guide was courtesy of Visit Norway USA and Visit Oslo, the visit to Emanuel Vigeland Mausoleum was at my own expense and the opinions expressed are my own.

A Viking Queen:  The Viking Museum in Oslo, Norway

Things to do in Norway: Spend a magical 48 Hours in Oslo

16 Amazing Things To Do During a Norway Winter