The State Hermitage Museum is full of art and culture in Saint Petersburg, Russia. It is the second-largest art museum in the world containing over 3 million pieces of art! And it is a MUST VISIT anytime you find yourself in St. Petersburg, Russia. It was founded by the Empress Catherine the Great in 1764 when she acquired an impressive collection of paintings from Johann Ernst Gotzkowsky. She had to have a place to store all her wonderful collections!

The Hermitage’s Treasures in St Petersburg

You will find art treasures in over 6 massive buildings that run along the Neva River. The most important one being the Winter Palace of Peter the Great. This one was once the official residents of the Russian Monarchs from 1732-1917. I think it is the most recognizable facade of the State Hermitage Museum system. Art lovers, history buffs, and visitors who want to dig into world culture will be fascinated with a visit to the Hermitage.

But I have a story to tell you… 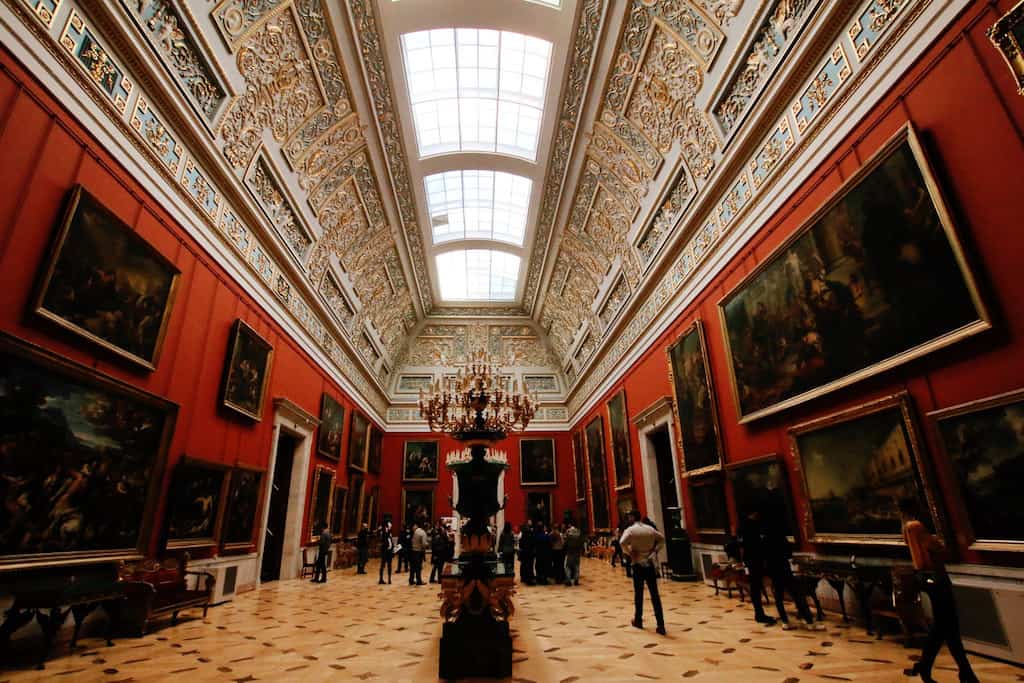 The Evacuation of the Hermitage in St Petersburg

The sounds of thunder crackle outside the majestic doors of the Hermitage. The enemy was fast approaching during the siege of Leningrad during World War II. The employees of the Hermitage St Petersburg had to hurry, in a panic and in a rush, when the order was given from the restorers for permission to go ahead and cut the paintings from their stretchers. They are educated academically and scientifically as visual artists. They also have a real understanding and appreciation of the beauty of the pieces they help to preserve. This was asking the impossible of them, but they knew it was the only way. 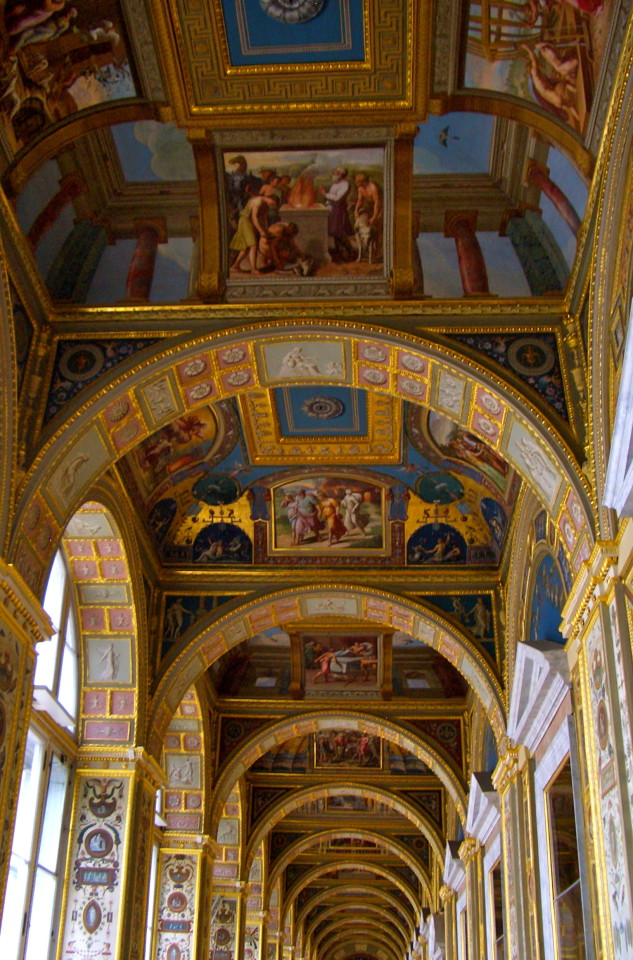 “The empty Hermitage is like a house from which a corpse has been carried out.” 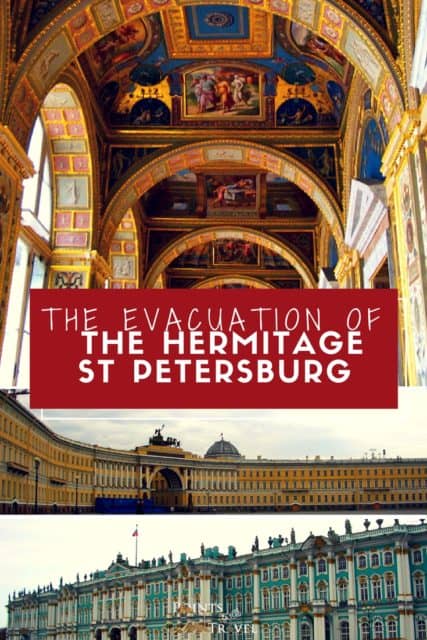 What does that mean—to cut a masterpiece? To slice it right out of its frame? 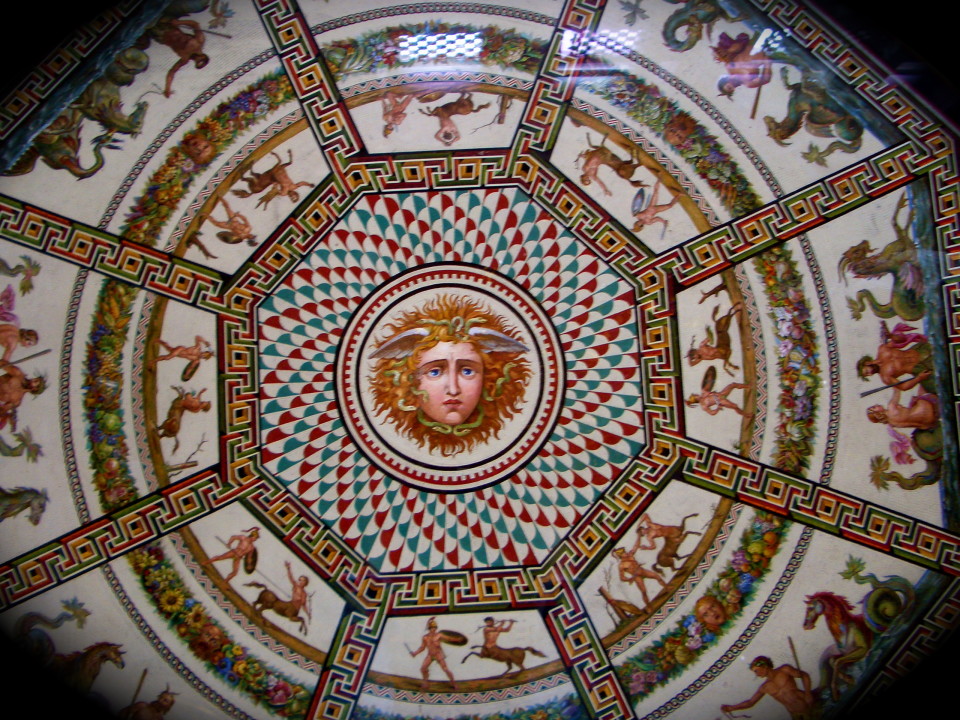 With artists such as da Vinci, Raphael, Rembrandt, El Greco, Titian, Rubens, Michelangelo, Renoir, Picasso, Matice, and these are just a few of the artists who make up the Hermitage St-Petersburg’s European collection.

Can you truly imagine what it would be like to have that knife in hand? Making that first slice? 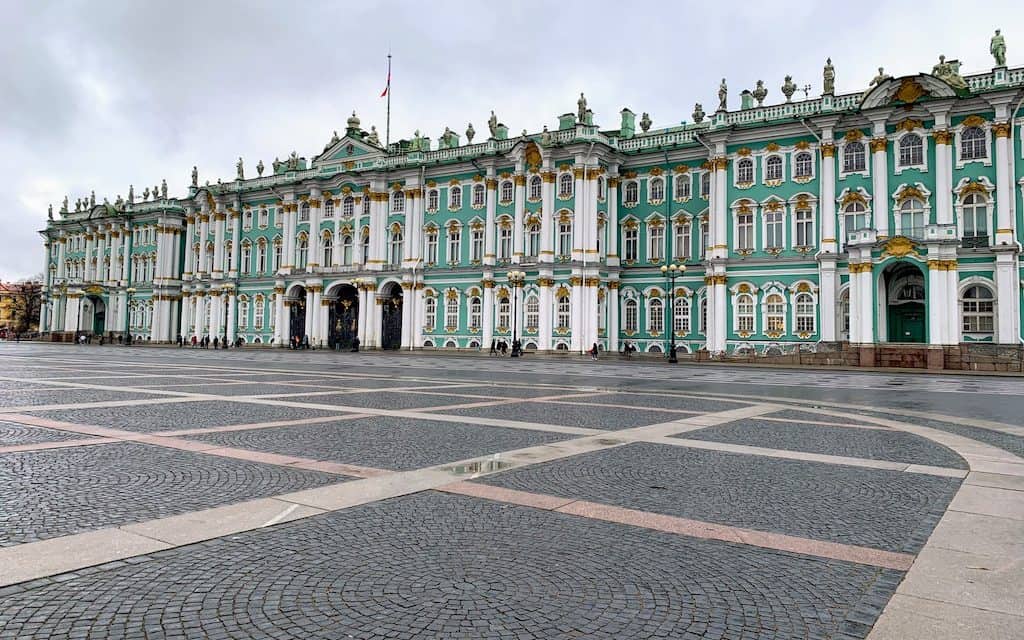 A group of dedicated Russian artists and volunteers offered their assistance to the professionals at the Hermitage St Petersburg to evacuate and/or hide as much of the artwork as possible before the siege upon their city began. They cleared the Hermitage St Petersburg for a place of shelter for those who did not evacuate the city. Its own countrymen worked in vain to keep Russian treasures safe. 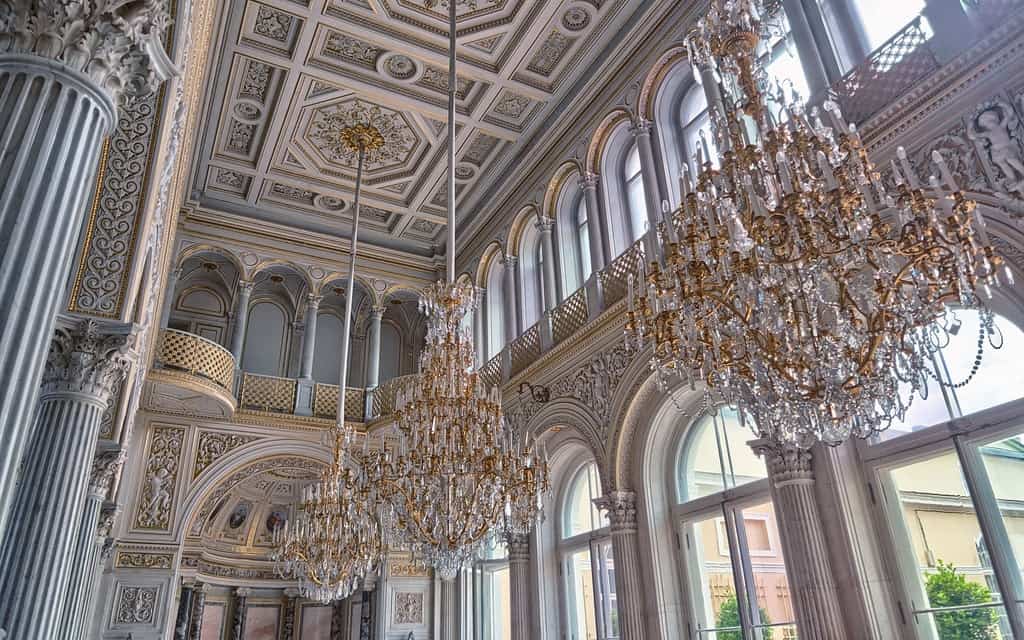 Paintings at the Hermitage St Petersburg were typically kept preserved and rolled into these huge metal tubes when they were waiting for restoration. But due to the emergency evacuation of the Hermitage collections during World War II, they were putting four or five paintings inside each tube. Years after, the tubes changed hands so many times that no one even knew which paintings were inside which tubes. All the paintings are accounted for now and each painting is preserved in its own separate tube. 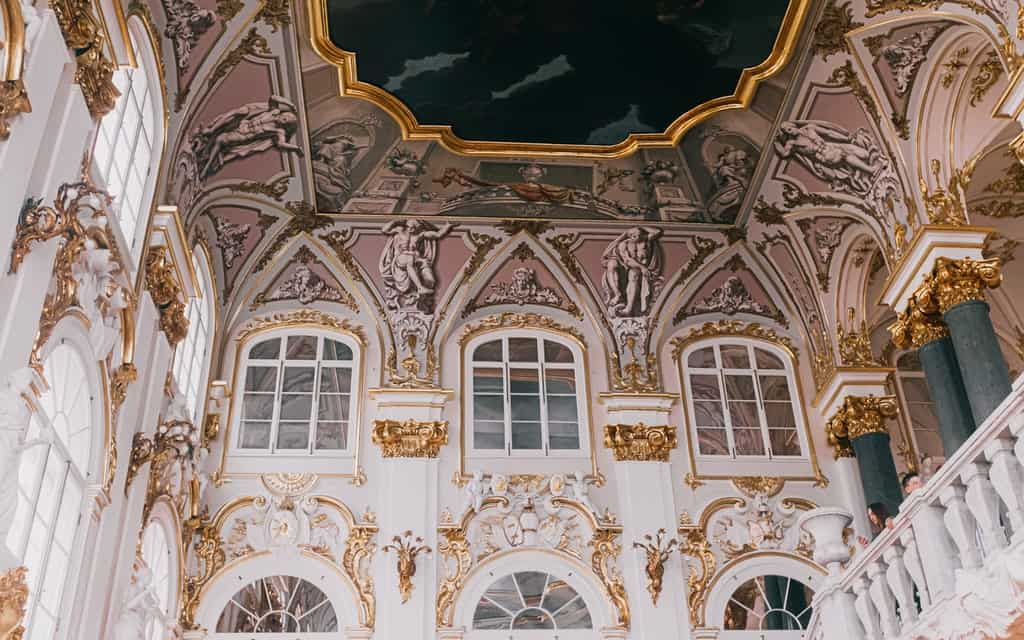 The buildings that held these treasures are treasures themselves. They have massive rooms with stunning inlaid floors and carved ceilings. 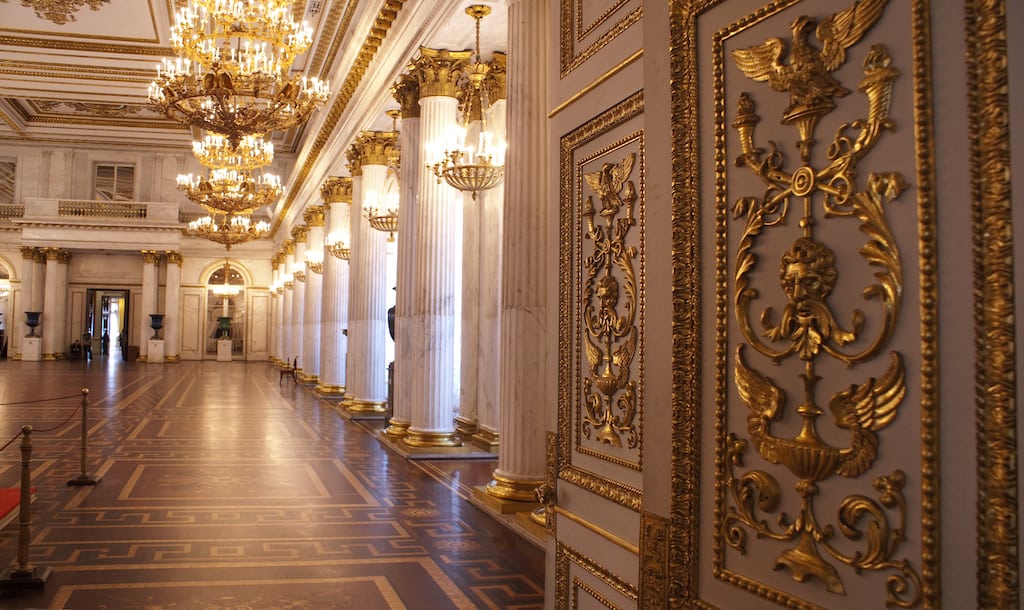 On 11 October 1945, the Leningradskaya Pravda newspaper reported: “Yesterday two trains brought back to Leningrad all the Hermitage treasures which had been evacuated to Sverdlovsk at the beginning of the war. The trains were escorted by a group of Hermitage curators under Professor V. F. Levinson-Lessing…” 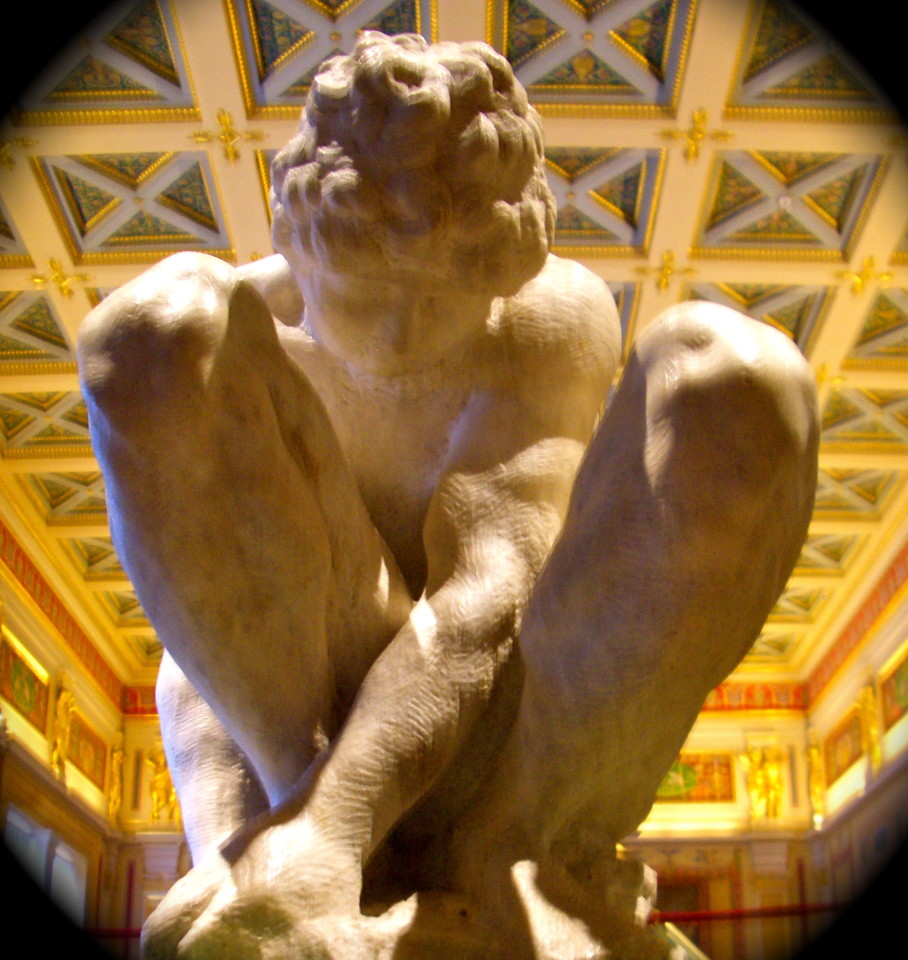 During the war, the restorers saved the entire collection of the Hermitage St Petersburg. However, in some cases, transportation damaged some of the works of art, so they studied every canvas and every sculpture to make sure it was in its best condition when it was returned to the viewing public.

How thankful I am for these people that managed to keep safe a majority of these paintings. I stand here in awe as to how it was possible to pull off such a huge undertaking. With the possible exception of the Louvre, there is no other museum in the world that rivals the Hermitage St Petersburg in size and quality. Its collection is so large that it would take years to view it in its entirety – at last count, there were three million works of art on exhibit. 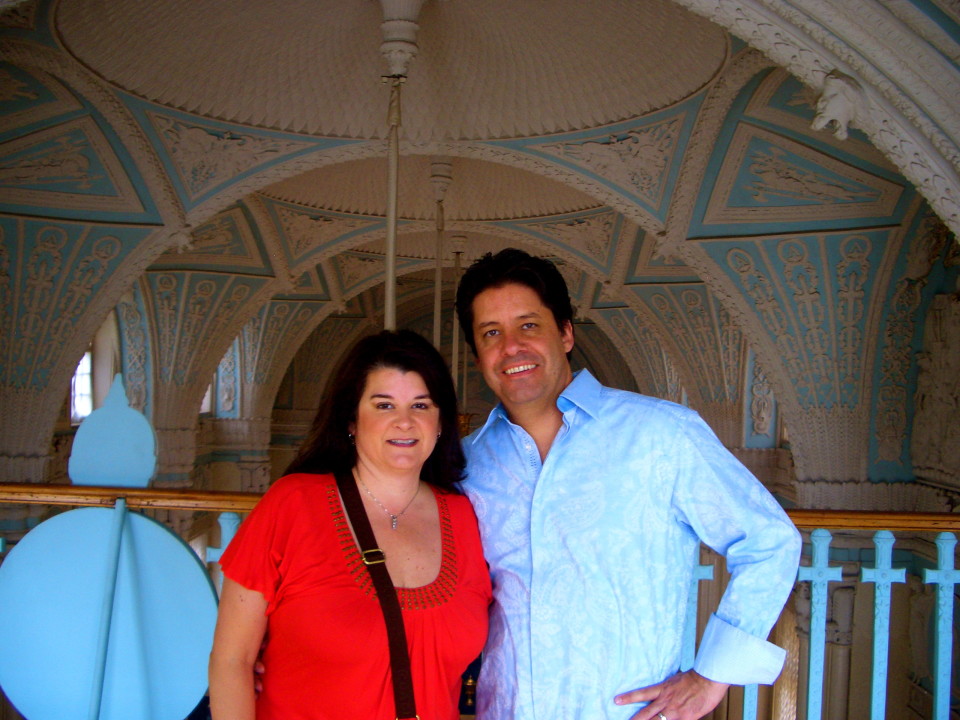 Once In A Lifetime Visit

At least once in your lifetime you must go and see what Russia has to offer the world, it is stunningly impressive. Catherine the Great herself personally collected many of the rarest pieces that are at the Hermitage St Petersburg today.

Tip: If you are planning a trip to the Hermitage St. Petersburg, I suggest you purchase the book:  The Madonnas of Leningrad, by Debra Dean.  It is a fascinating journey into the mind of a volunteer’s detailed memory of the Hermitage St Petersburg and her time spent there. Even though this is a work of fiction, I absolutely loved this book and its descriptions. It will put you right back into the time of 1941 and events that occurred during that time frame. 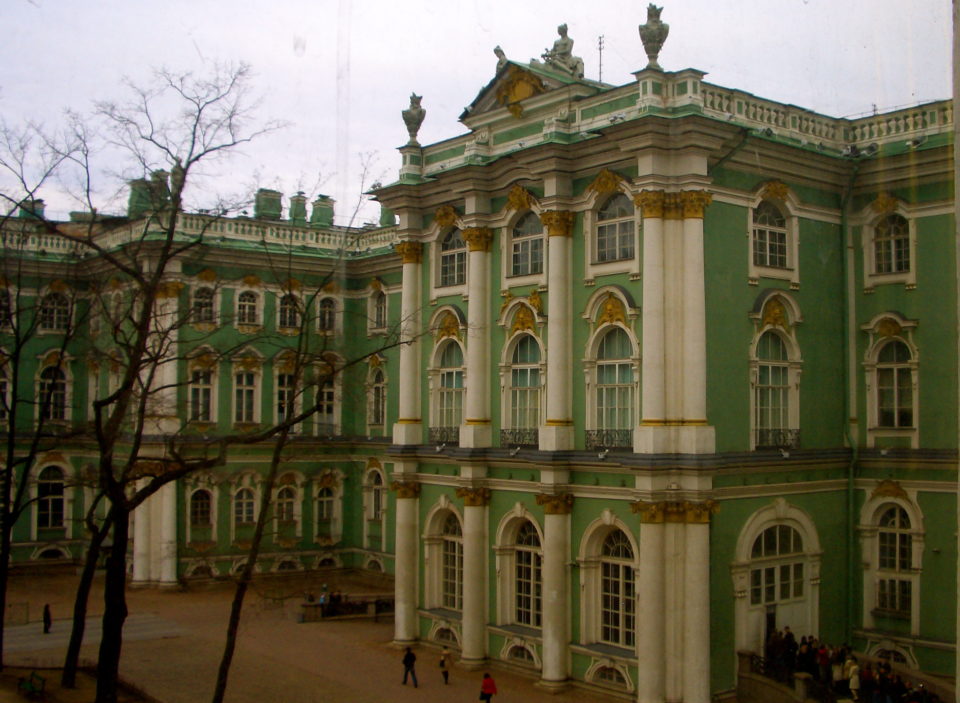 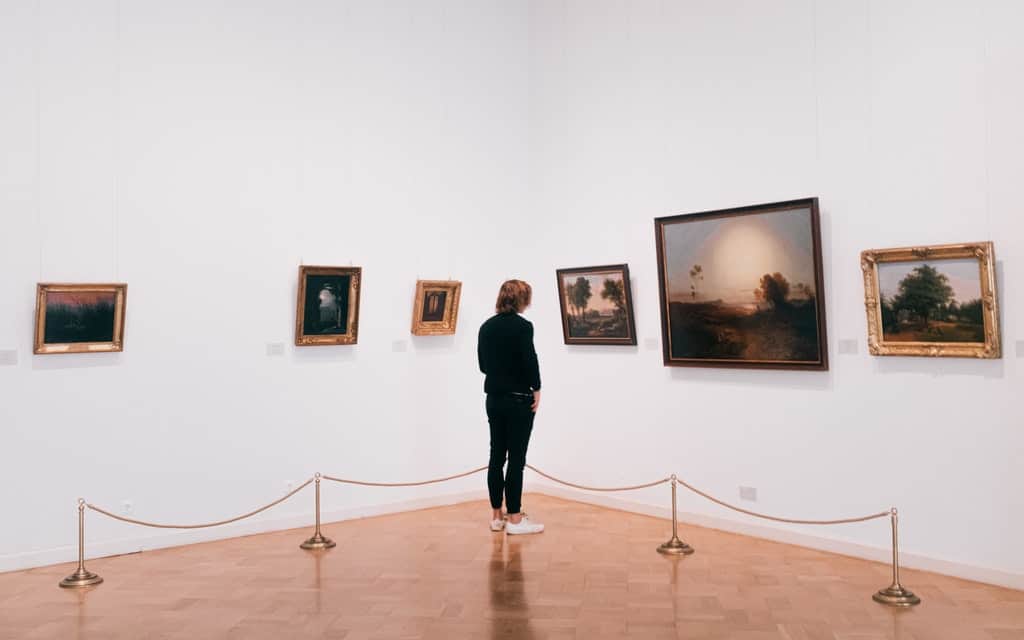 Avoiding the crowds:  In Spring and Summer, the visitor numbers soar to the Hermitage St Petersburg, sometimes due to the cruise ships that come in. The best time to go, therefore, will be the Fall and even early winter (it is cold, but few tourists).

Buy Tickets Online: The Russians are used to queuing up for just about anything, but instead, you should buy your tickets online at Hermitage St Petersburg. After you make your purchase online, they send you a voucher, which you print and present it along with an ID to the office just inside the museum courtyard. There they give you an admission ticket.

Purchase Price:  It cost $17.95 for a one-day ticket, which includes the right to take photographs of the art, which is a bargain. $23.95 for a two-day ticket.

Official Tours: There are 4 different audio guides: a general tour, 17th-century French and Dutch paintings, Impressionists, and Hidden Treasures. You can inquire about these at the Information Desk on the 1st floor of the Hermitage St Petersburg and cost about $5 each.

Closed: Mondays, as well as January 1 and May 9

Ticket Booth is located as seen below, but I would order my tickets online and submit them printed. 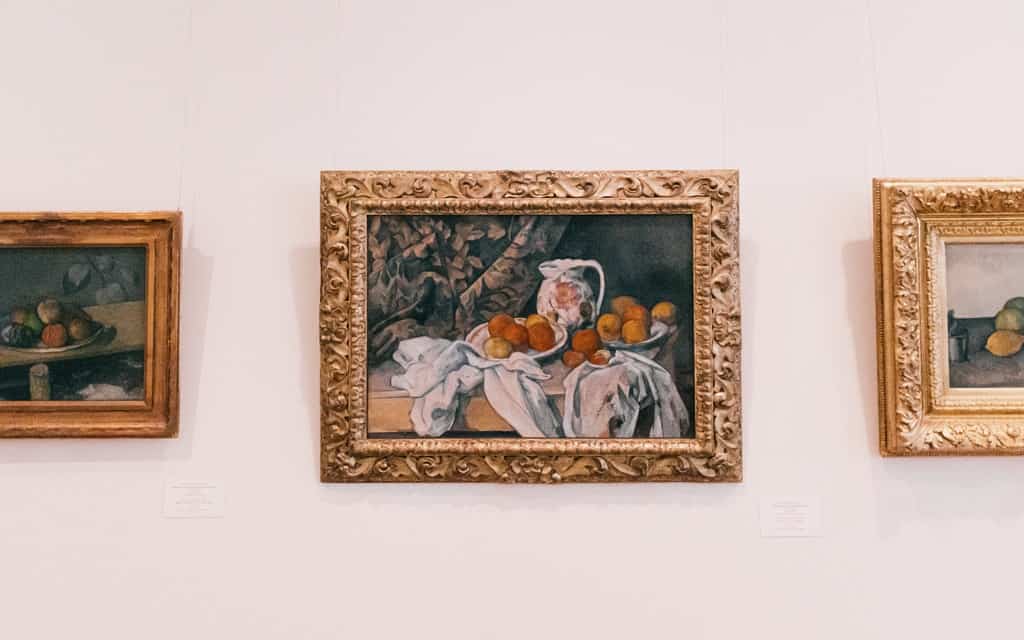 Thank you for posting these pictures though my personal favorites from the Hermitage are Matisee's works.

Sure glad you enjoyed it!

What a creative way to discuss the history of the Hermitage! I really enjoyed reading this post :)

Thanks! Be sure and read the Madonna's of Leningrad for an account of what it might have been like to be there during those trying times.

Fascinating post - what an amazing history and gorgeous pictures. I can't wait to visit St. Petersburg (hopefully next year!)

It almost surreal and place you could spend weeks in. Thanks for the comment.