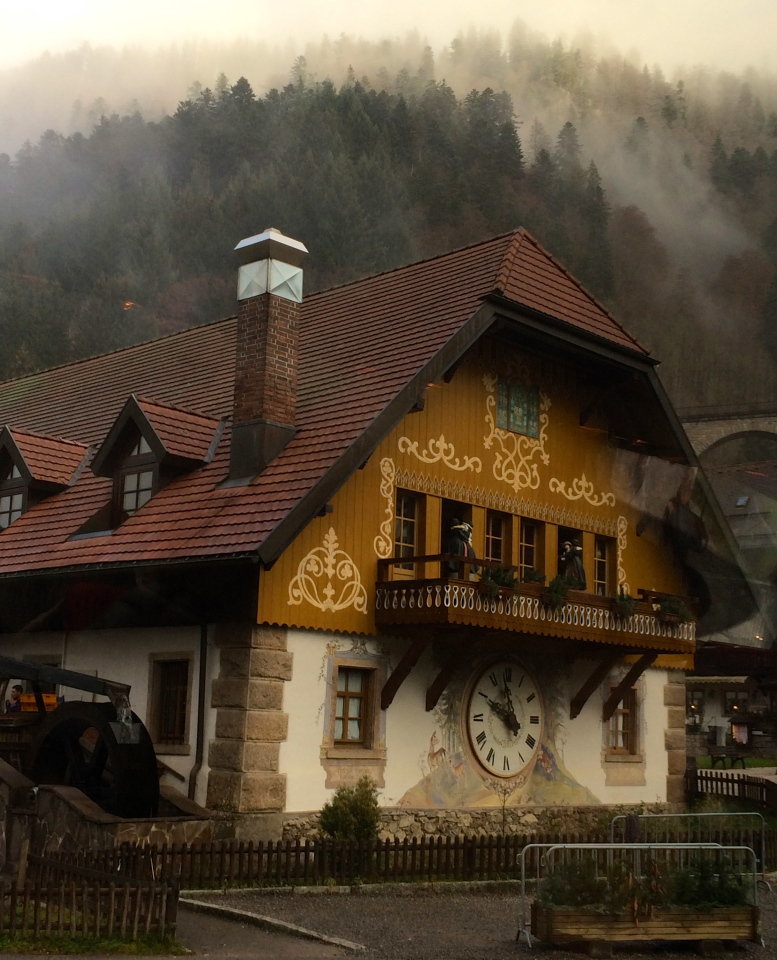 What makes Germany so unique is its myriad of traditions and folk costumes – everything from colorful, playful, inspired by Christianity, or anything that is alluding to a past event. I am sure that you would have no trouble identifying Bavarian Lederhosen, am I right?

But are you also familiar with folk art costumes from the Black Forest? Have you heard of Germany’s traditional Bollenhut Hat? I hadn’t either until my first visit there. Once you see it, you will be very curious about it, as it is quite unusual. It is a broad-brimmed straw hat studded with bright red pompoms, sometimes as large as coconuts! The Bollenhut, which was traditionally worn in the Black Forest region of southwestern Germany, has come to symbolise the entire region! It also reveals something about the women who wear it! A Bollenhut adorned with red pompoms could only be worn by young women once they had been confirmed. Once a woman married, she would wear a Bollenhut with black pompoms. 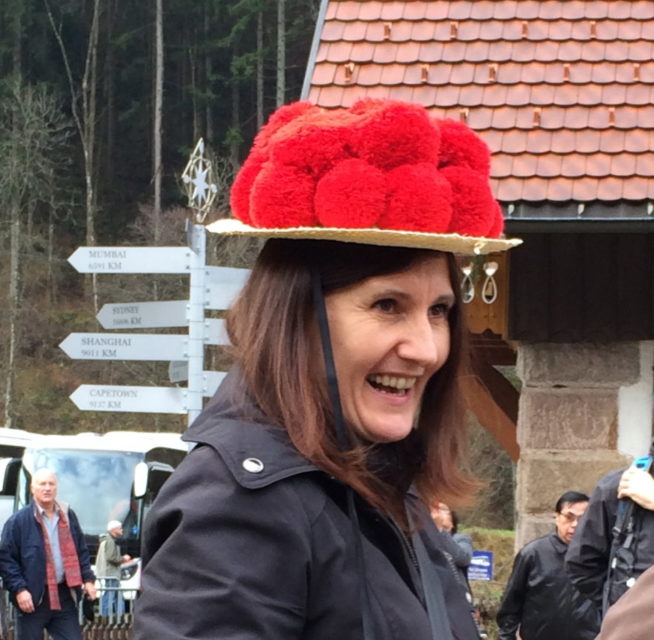 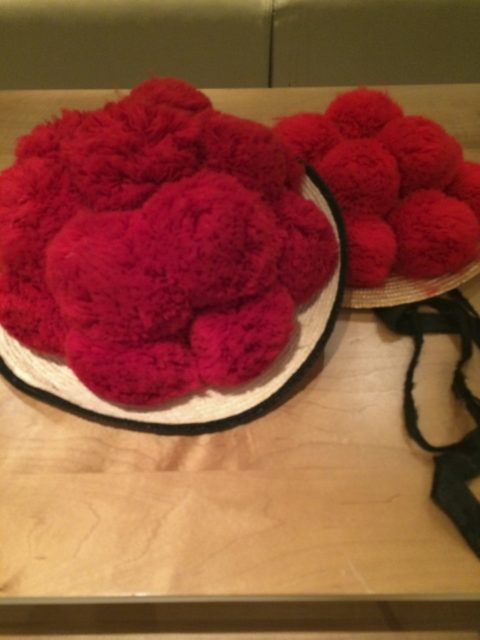 Oddly enough, the Bollenhut hat is traditionally worn in only three communities in the Black Forest: Gutach, Wolfach-Kirnbach, and Hornberg-Reichenbach.  And yet it is still a symbol of the Black Forest.  In fact, I saw it displayed in several different ways and worn a few times in different areas that I visited. 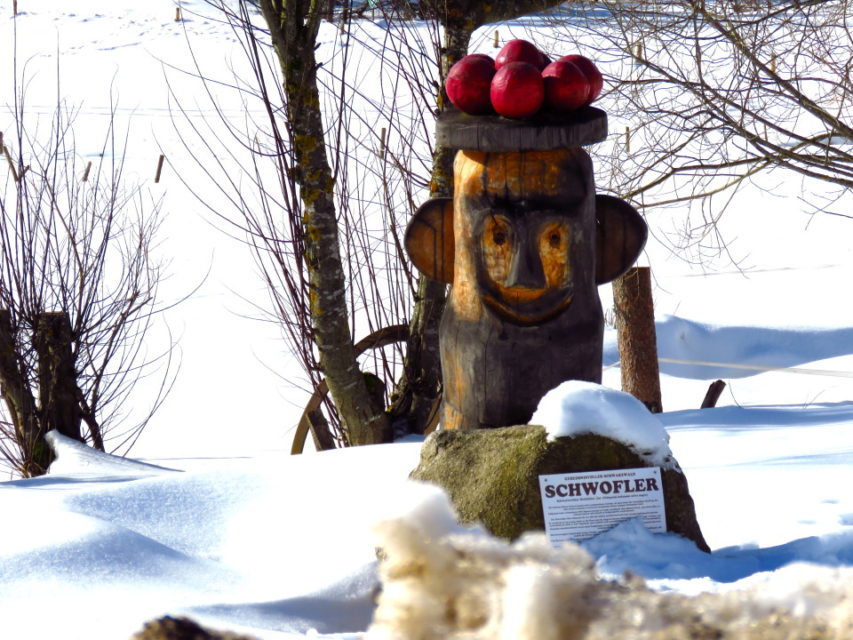 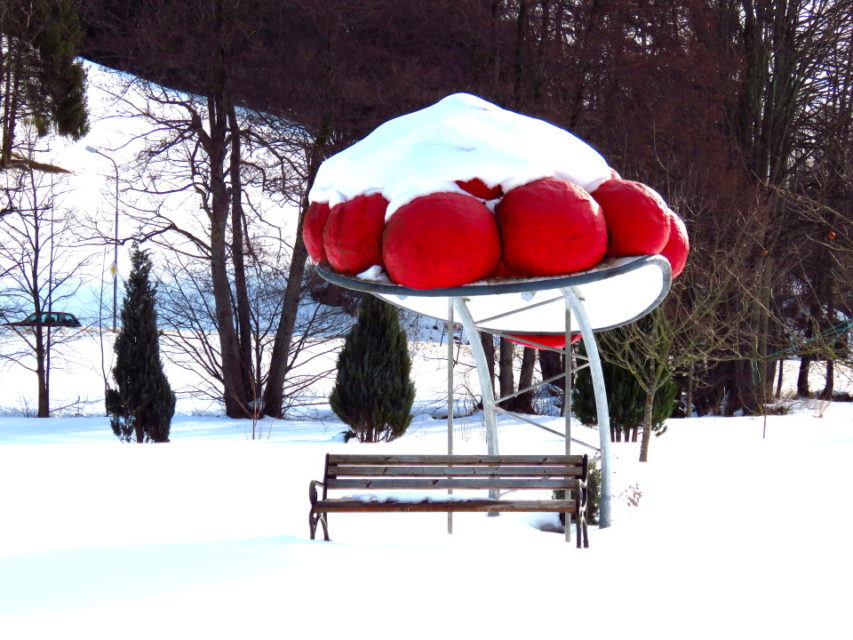 The hat is typically passed down, generation to generation and is made by an ever-decreasing number of skilled seamstresses. Its artful magnificence is only worn and displayed on special occasions. The color of the pompoms has a special meaning, whereas the hat indicates that the lady wearing the hat is unmarried, while black indicates the wearer is married, as mentioned above. 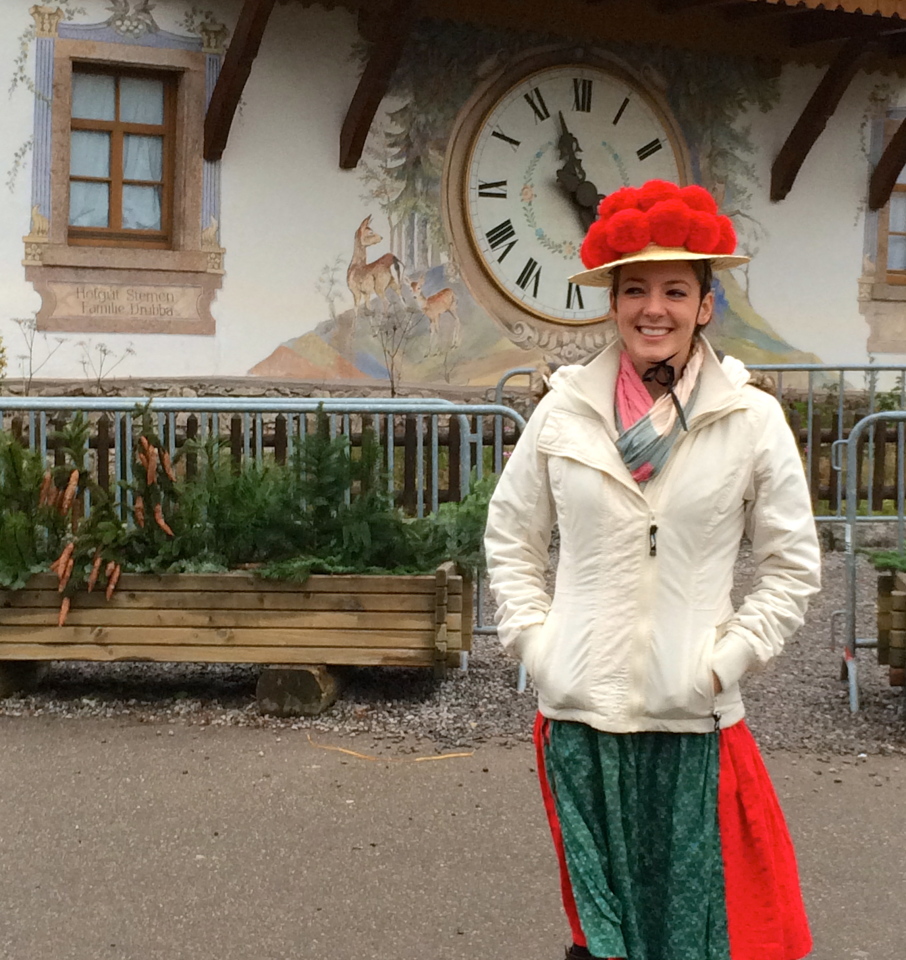 I think it is quite a cute hat, myself! 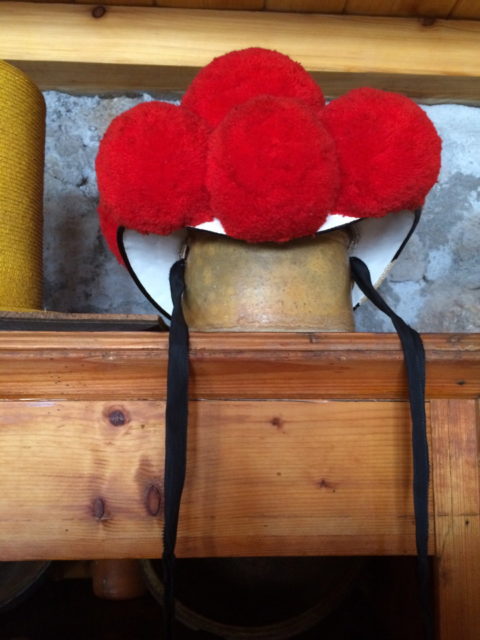 Today, a few people are well versed in this ancient craft and identify so strongly with the tradition as Ms. Waltraud Kech.  After reading this article, I truly believe that Ms. Kech is a seamstress and a guardian of the Bollenhut tradition. Every Bollenhut is one of a kind that Ms. Kech makes herself. Ms. Kech spends at least a week painstakingly crafting each one, using up a kilo of wool in the process! She states that ” the number of pompoms has to be 14″ Or when only 11 are visible, as three of the pompoms are hidden beneath the rest.” She states: “That’s the tradition, and it’s one that you should definitely experience for yourself if you’re ever in the Black Forest.”

Disclosure: My trip to the Black Forest, where I actually saw a Bollenhut Hat was courtesy of the Viking River Cruises Rhine Getaway and the German National Tourism Board.  My joy in seeing the hat was all my own!

I need one fo those hats.