Here is another one of those secret gems I have learned about on my travels: Niagara on the Lake is one of Canada’s best-kept secrets! If you are planning a visit to Niagara Falls, it is well worth journeying the extra 20 minutes beyond the stunning waterfalls to visit this charming town of Niagara on the Lake. 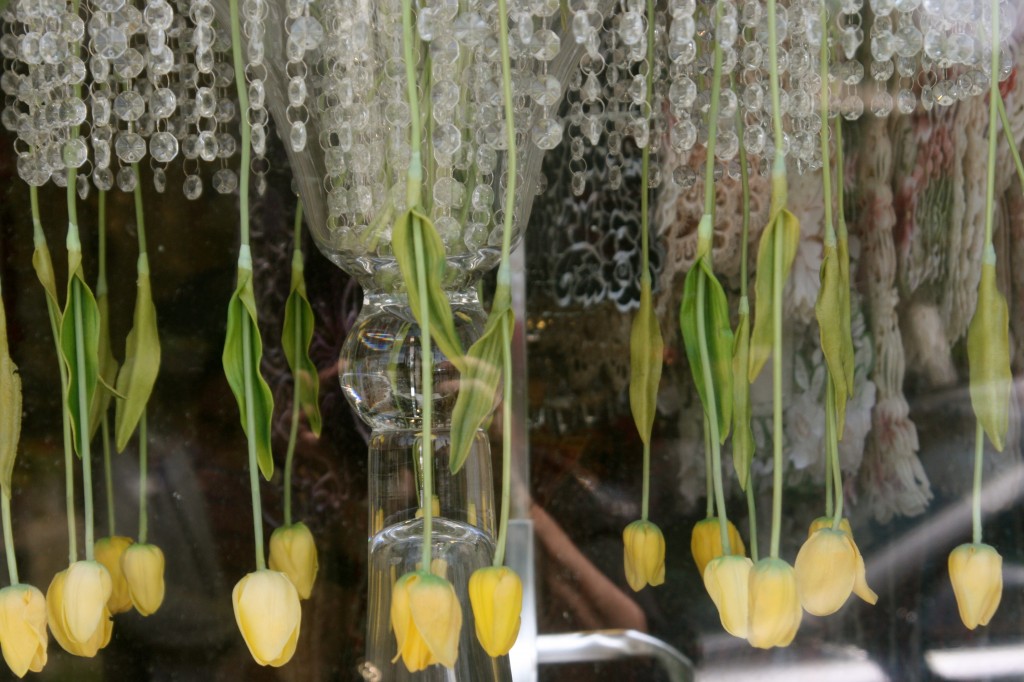 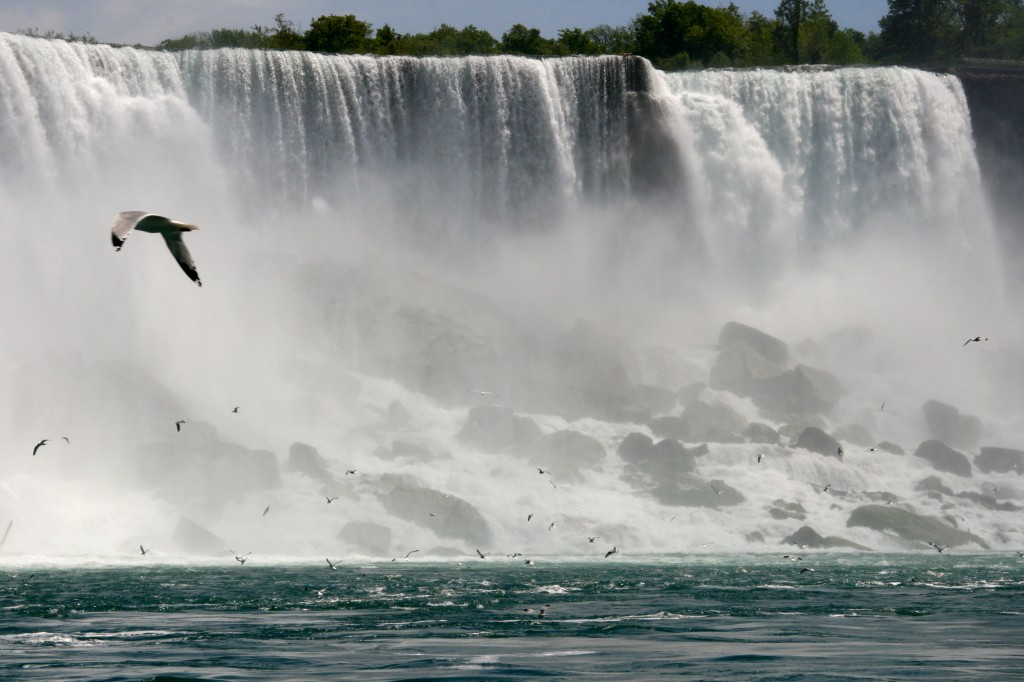 It is hard to believe this place was virtually erased by the burning of the town by Americans during the war of 1812.  Now filled with theaters, fine dining, unique shops, B&B’s, historic inns, spas, and wineries.

Niagara on the Lake Attractions: Wineries

The wineries are abundant and everywhere you turn, you hear mention of a new one popping up. 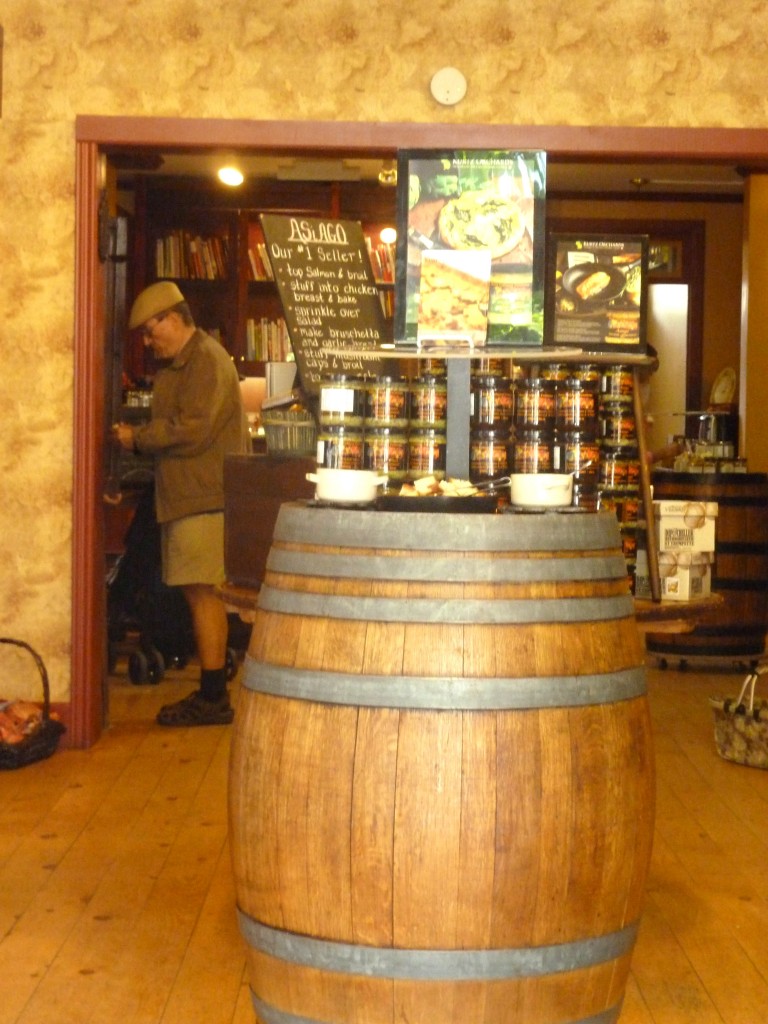 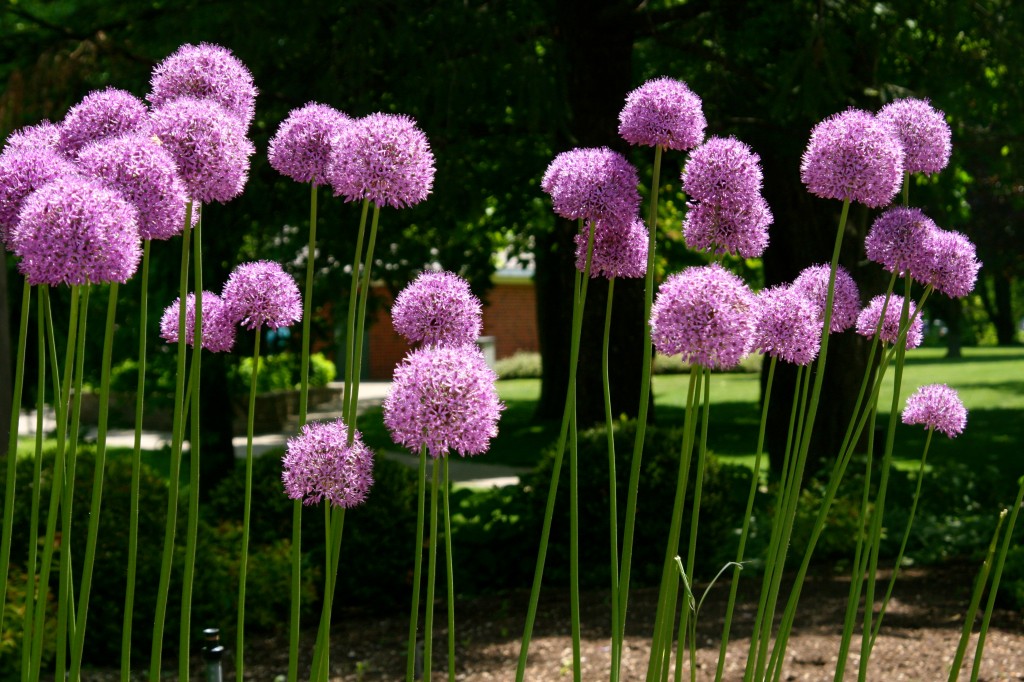 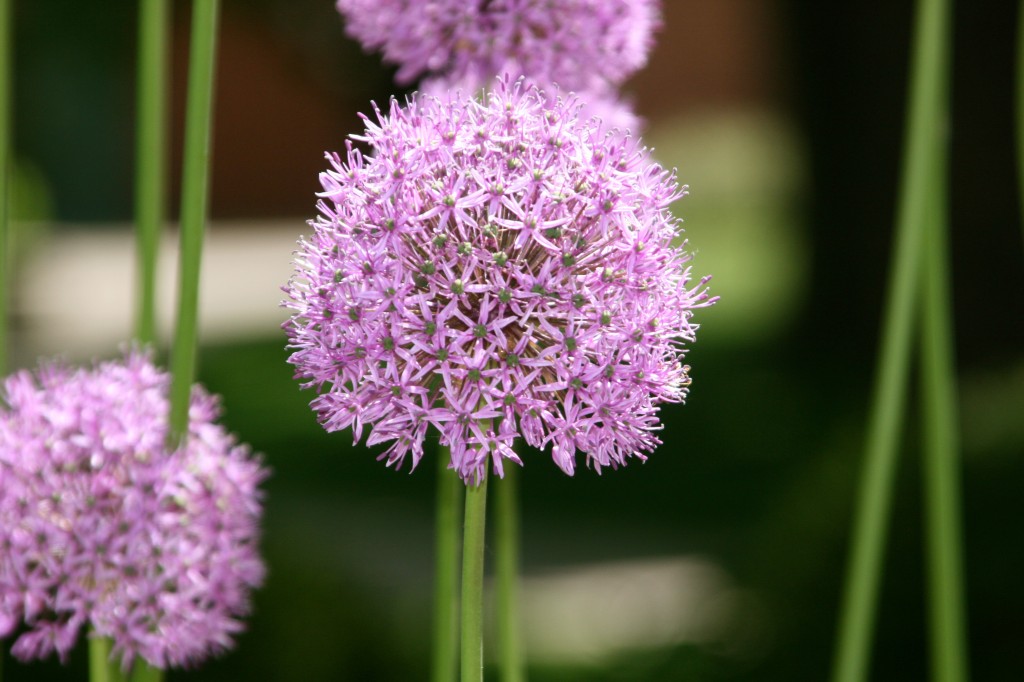 Niagara on the Lake Attractions: Stroll the Town

It is alive and blooming, not only with the most amazing flower gardens everywhere but also with tourists who have come to see “Canada’s Prettiest Town” Niagara-on-the-Lake was awarded that title in the 1996 “Communities in Bloom” competition and BLOOM it was, while I had my short visit to this historic town. 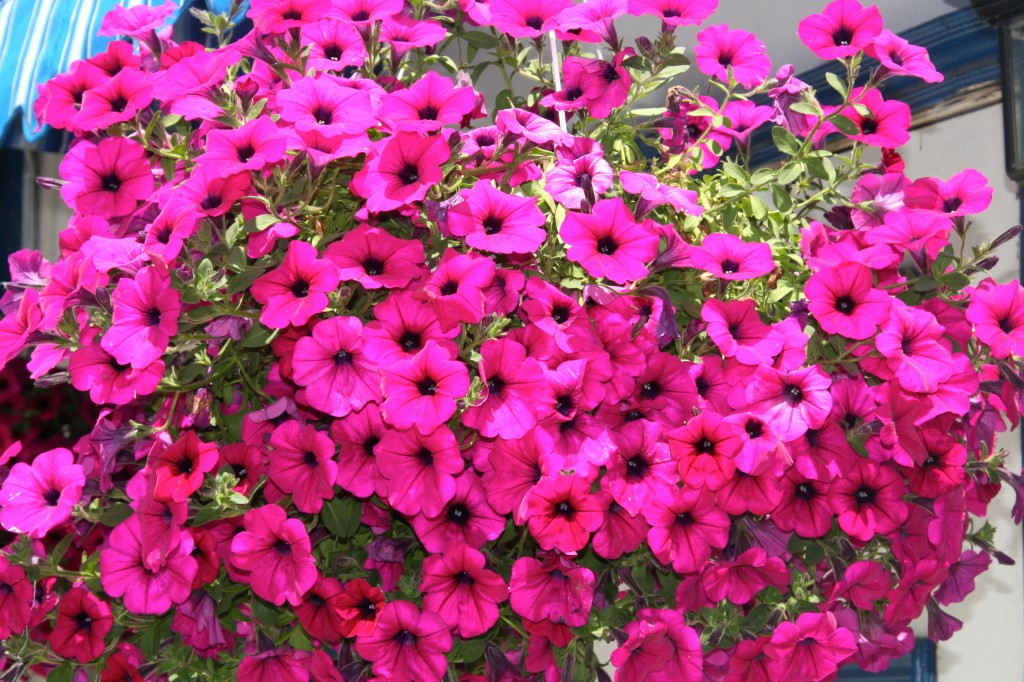 A stunning array of flowers at Niagara-on-the-Lake, Canada 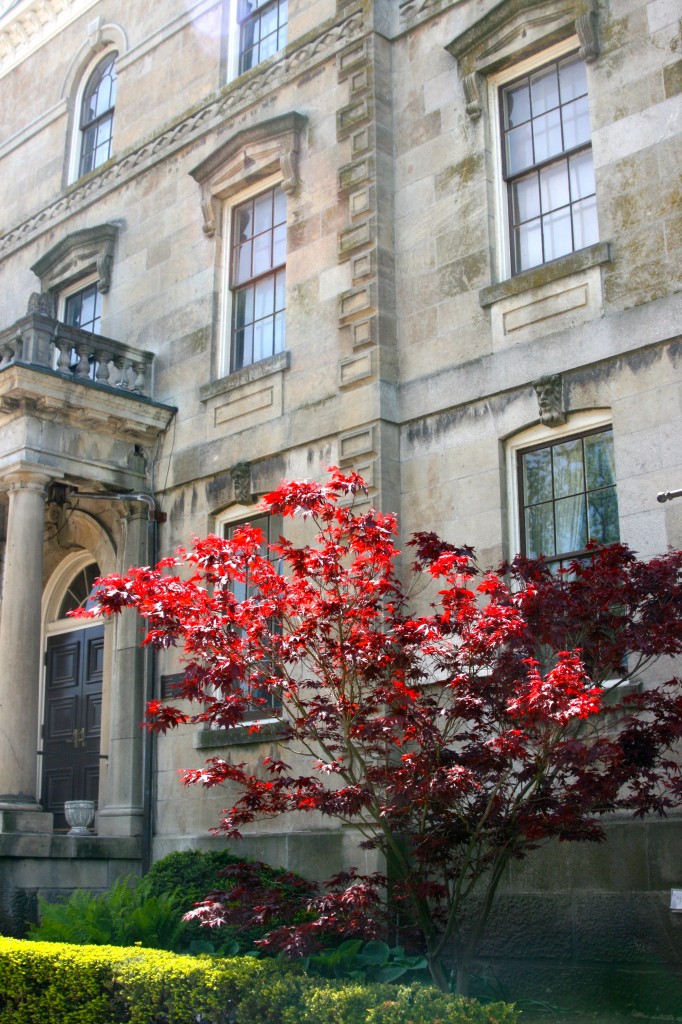 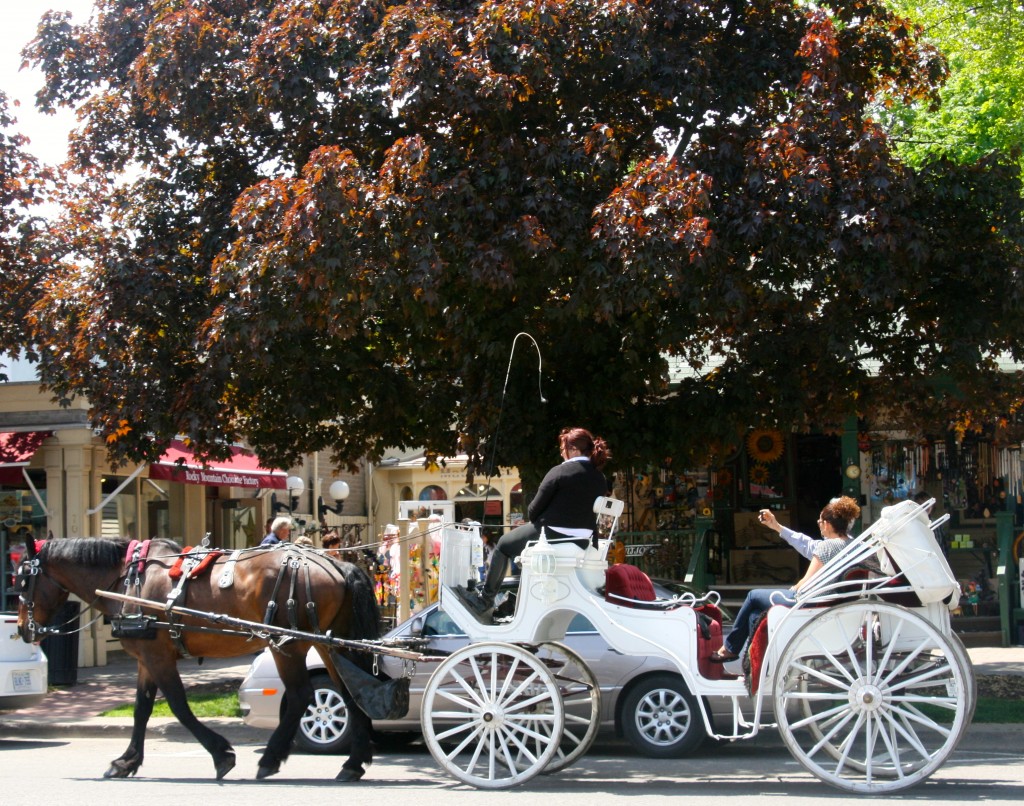 Upon my arrival in Niagara-on-the-Lake, I learned about a celebration going on at Fort George. It was the 200th Anniversary of the end of the War of 1812, when the USA’s ground artillery attacked Canada, choosing Niagara’s Fort George as the target. Here the staff dress up like period British uniforms and put on a demonstration of the war. It is a living museum where you can watch soldiers perform drills. Since my first visit in 2012, the town has had an upswing in tourism visits and still do the re-enactment each year in the summer. 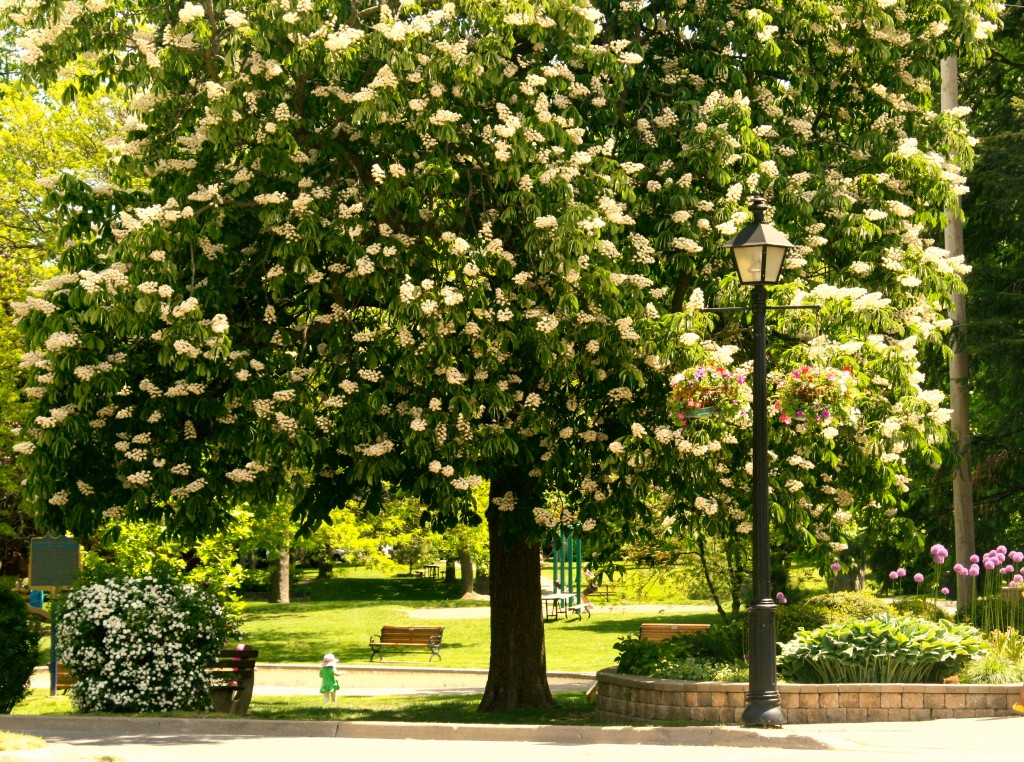 Overall, I had a pleasant day on my recent visit wandering around Queen street, camera in hand, taking it all in. As the fresh aroma of flowers infiltrates your nose, the beauty surrounds this little pretty town and as my friend, fellow travel writer Allouise Dittrick of Traveler’s Ahoy says “Niagara-on-the-Lake:  You’re Pretty Pretty!”

Disclosure:  My trip to Niagara-on-the-Lake was courtesy of King Tours.  Niagara-on-the-Lakes if one of the stops along the way with the Niagara Falls Tour.  Take the tour, it is worth it!  The opinions expressed here are my completely my own!

Wow - these pictures are breath taking! It makes us want to book a flight right now a jet off to Canada. So happy you had an amazing trip, thanks for sharing :)

Jenna! You need to come with me on an epic tour around Canada's prettiest little town, as I need to go back!

I loved Niagara-on-the-Lake. I'm pretty sure I took the same tour you did with King Tours. My only problem with the tour is I would love to be able to stay a full day and night in the town. Just made me want to go back and stay in one of the B&Bs.

Wish I'd realized how pretty Niagara-on-the Lake is. A beautiful reason to go the extra 20 mins.

Yes, I really enjoyed it and Niagara Falls is beautiful, but the surrounding town area and hotels is touristy ugly, so it is a great pit stop.

We were there last year for our first time and it is as lovely as you describe. The beauty of the area, the many fine wineries, the fort on the river, bicycles for rent to explore the area and the Prince of Wales hotel. Every visitor to Niagara Falls should go about 30 minutes away from the Falls and go to the quaint town.

Yes, I agree, it is wonderful! It is the perfect pitstop on the way to Niagra Falls, but really grants spending an extra night here to explore.