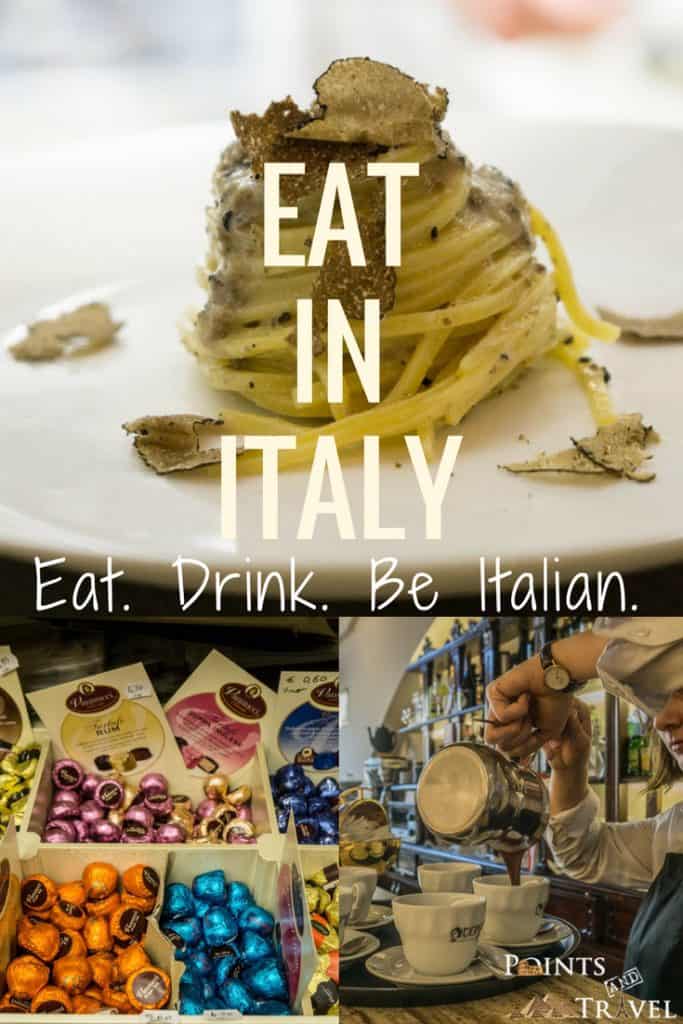 When I found myself with the better part of a day to explore the medieval city of Perugia, I stumbled across a Perugia food tour. It was offered by Via Del Vino Food & Wine Tours. This four-hour tour, created by Susan Guerra, seemed just the ticket for the perfect places to eat in Italy.  Now I confess to not being a connoisseur of great wine or food, but I love them both!

A wedding party of 11 had booked a private tour on the day I had free, but they graciously allowed me to join in. Speaking of party, these folks had partied until 4 am over cards and drinks the night before. They showed up 45 minutes late for our tour and a wee bit bleary-eyed.  Susan rolled with the punches and gracefully adjusted the stops to accommodate our delayed start. 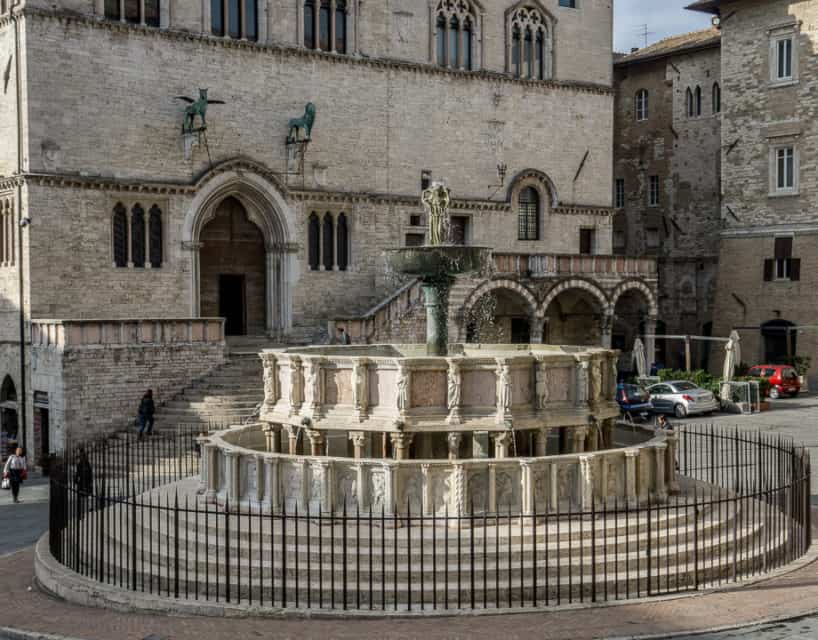 Susan is a second-generation Italian American, married to chef Richard Corazza.  Her passion for all things Italian, especially food and wine, shines with her Perugia food and wine tour as she shows us the best places to eat in Italy.  She holds an Advanced Certificate in Wines & Spirits from the International Wine Center, along with 10 years working in the wine industry. In her email to me, giving the particulars of where we would meet, Susan wrote “come hungry”, and she wasn’t kidding. To eat in Italy was divine. 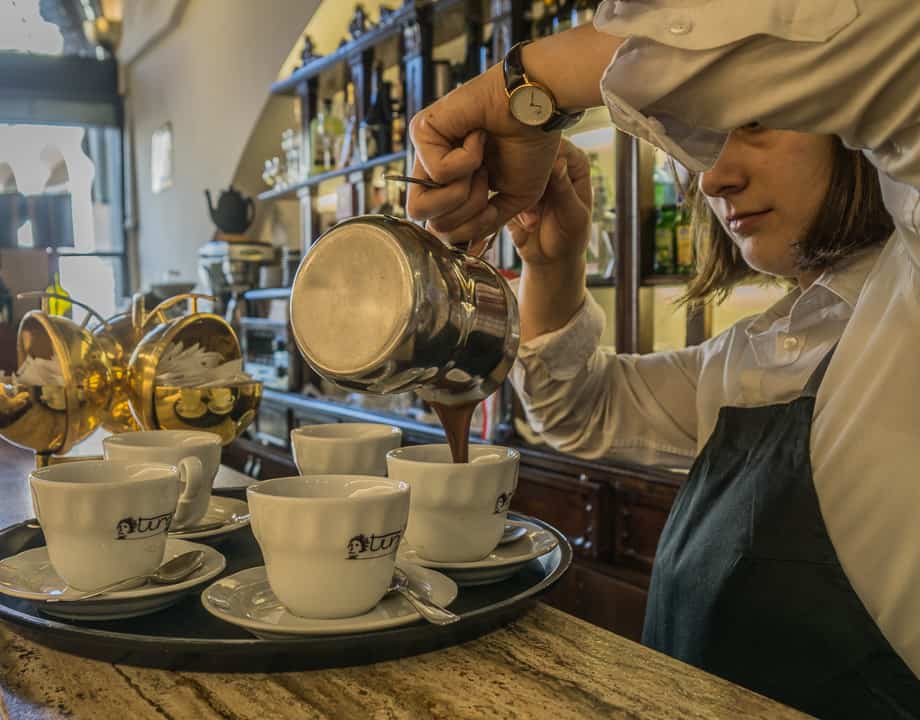 We started at Turan Café in Perugia’s Piazza Novembre, the main square of this fascinating city.  A choice of cappuccino or tea was offered, along with ham and cheese croissants, as well as a chocolate variety. Turan Café is also a chocolatier, with a production room in the back where you can watch the action.  On a warm day, Turan’s outside tables are the ideal place to sip a coffee, grab a pastry, and get absorbed in people watching. 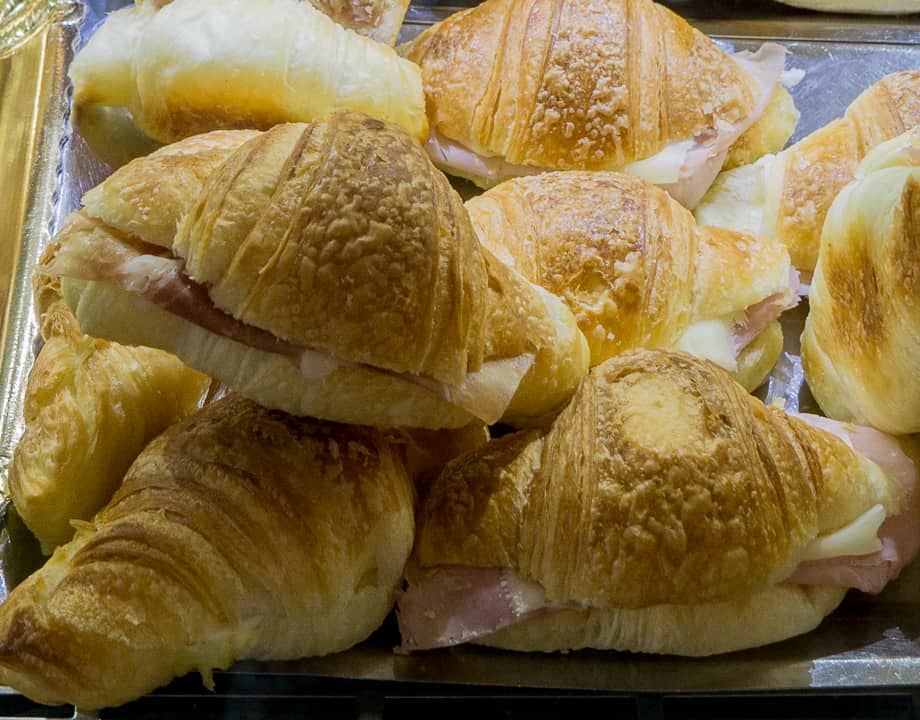 From there, we moved on to Locanda Del Bartoccio, tucked into a cozy basement, where we sampled prosciutto, salami, and local cheeses.  With each stop, it wasn’t just the food that Susan described in careful detail, but also the back story of the owner or chef and the history of the place where we were tasting.  The way she was greeted with smiles and hugs at each business made it abundantly clear that she had nurtured a harmonious relationship with the locals. 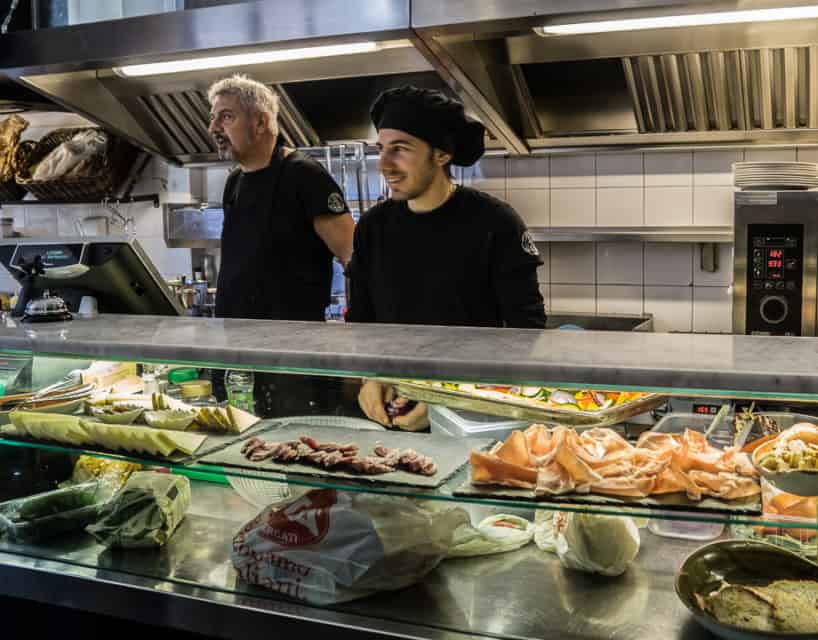 As we snaked our way through cobblestoned streets, Susan was feeding us little bites about the history of this stone-built city. Perugia is the capital of the Umbria region of central Italy. Built on a hill, Perugia’s roots are traced back to the Etruscans from the 1st to the 6th century BC, followed by the Romans in 40 BC.  We were also getting the scoop on each other, learning that Glenn and Sharon, the wedding couple, had rented a villa near Perugia large enough for a handful of family and guests who had come to help them celebrate. 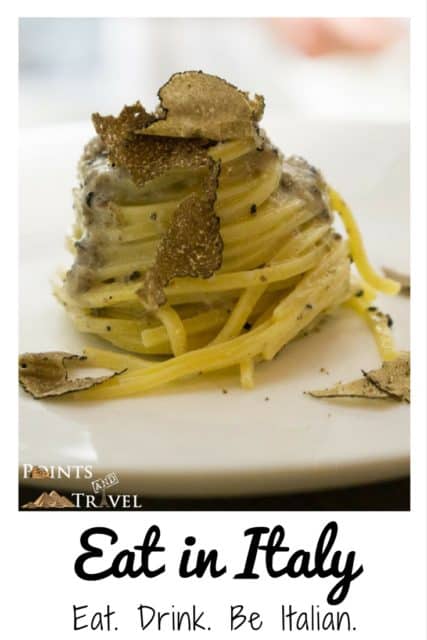 With our next stop at Osteria A Priori, we would get to taste Fagiolina del Trasimeno, a small multi-colored legume, served with Grechetto wine.  This legume faced near extinction in favor of other more profitable crops but is making a comeback thanks to local farmers in Umbria. We then made our way to Perugia’s oldest spice shop and general store, Antica Spezieria Drogheria Bavicchi. Here we were able to pick and choose a handful of Perugia chocolates to sample. 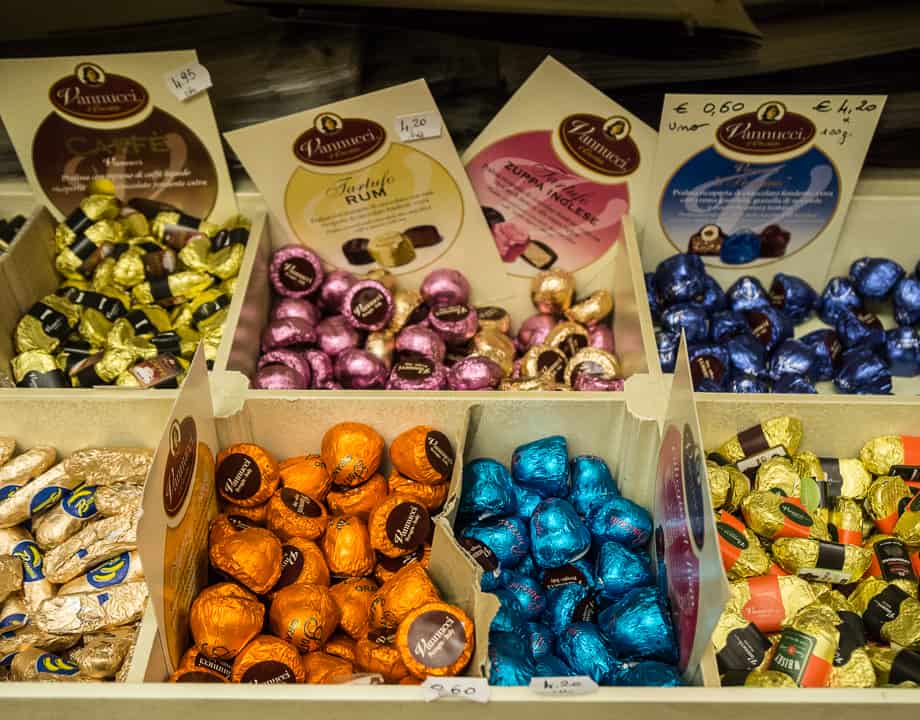 Now at the halfway point in the tour, lack of sleep seemed to be catching up with some in the wedding party as they started to dawdle.  Some were focused on shopping for chocolates or wine during our stops. While others were lingering on the street with cell phones in hand or resting against the stone walls. I had great admiration for Susan, who was doing her best to keep our group moving along. 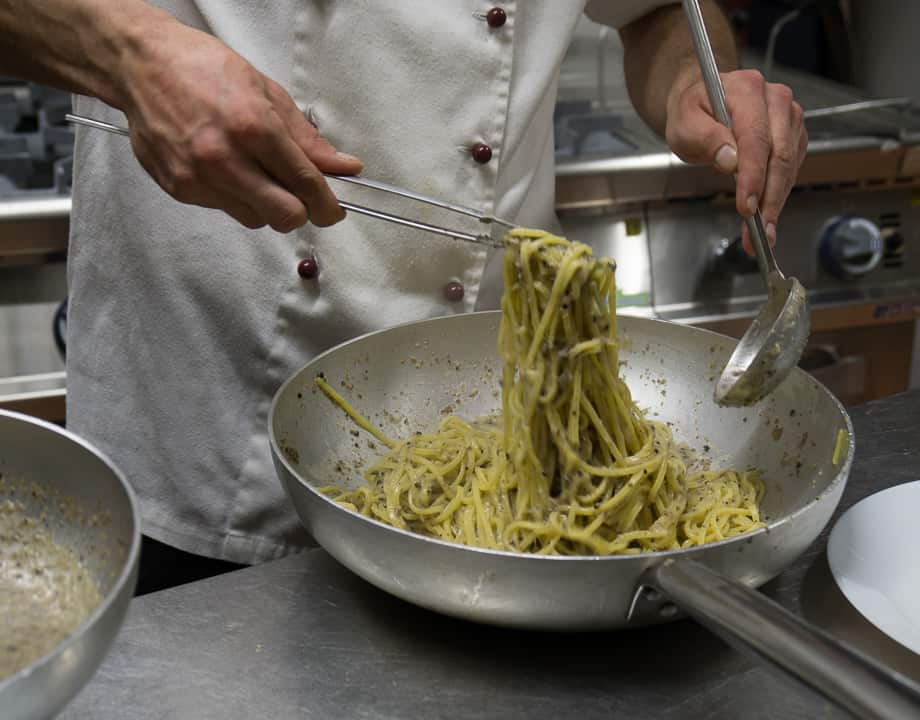 We would mosey on to Bistrot Al Tartufo, where the chef was whipping up a black truffle sauce to serve with homemade pasta.  We’re not talking a small tasting of pasta, but a more than generous helping sprinkled with shaved truffles.  It was divine, especially while washing it down with a glass of Rosso di Montefalco. 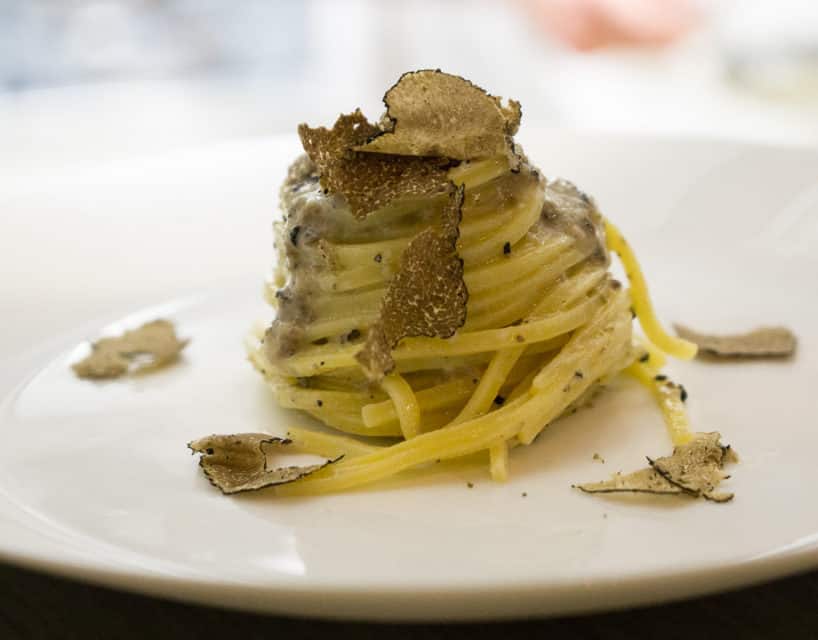 We would meet Marco, who hunts truffles daily when in season. His narrow shop on Piazza Novembre showcased a variety of truffle spreads, oils, and balsamic vinegar.  Who would have ever discovered how this tuber, that frankly doesn’t look very appetizing when plucked from the soil, would become an expensive delicacy cherished the world over?

I must confess to doing a bit of shopping in Marco’s Perugia Tartufi Store, coming home with a balsamic vinegar infused with truffle oil, clearly the best takeaway of this trip. 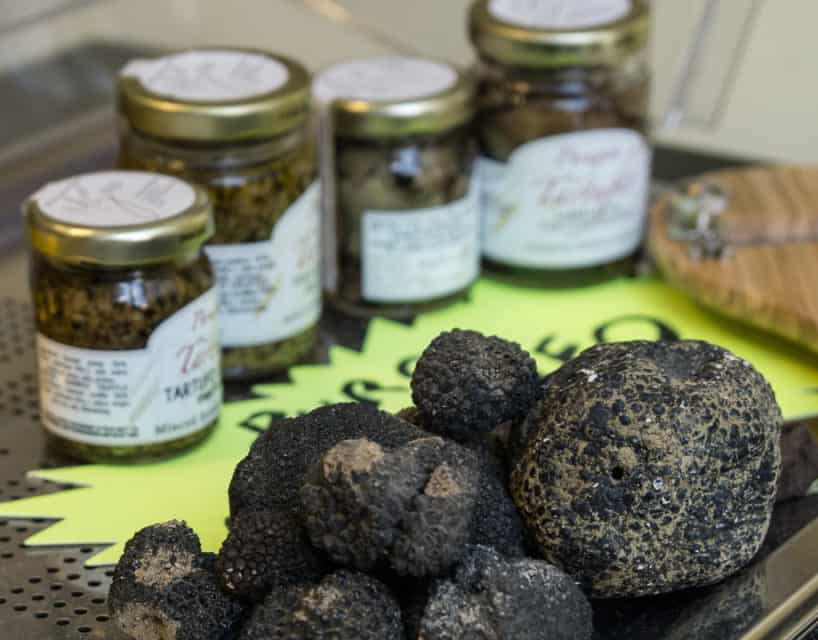 As we approached Non Solo Testo, Susan was singing the praises of Angela, the proprietor, for her flatbread (torta al testo) cooked on an open fire, then stuffed with local meats, cheeses, and vegetables.  Her healthy-sized sandwiches were paired with a taste of Perugia’s original craft beer. 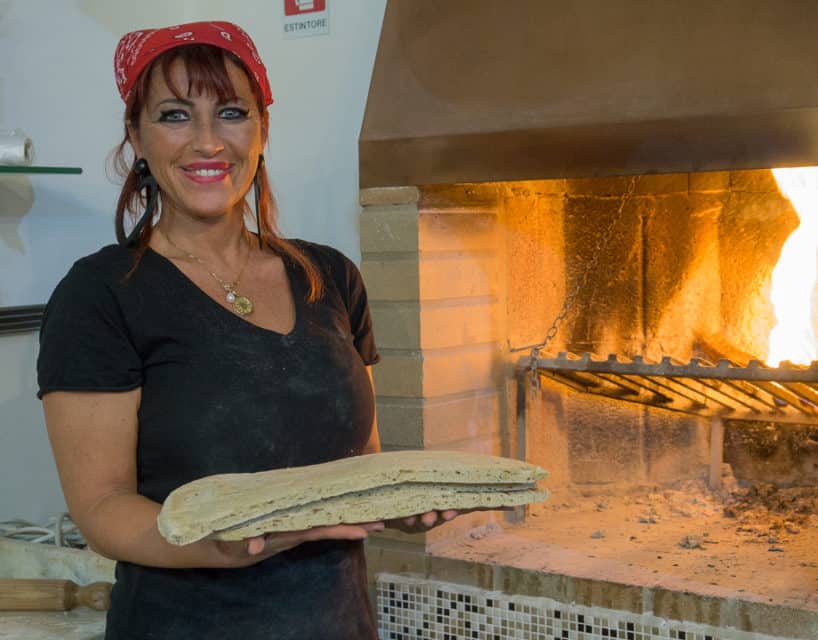 Two scoops of gelato from Gambrinus Gelato, one of Italy’s top 100 artisan gelaterias was our eighth and final stop on the tour.  While enjoying the gelato, Susan gifted each of us a small journal, along with a sheet of coupons usable in all the places we had stopped during our tasting journey. 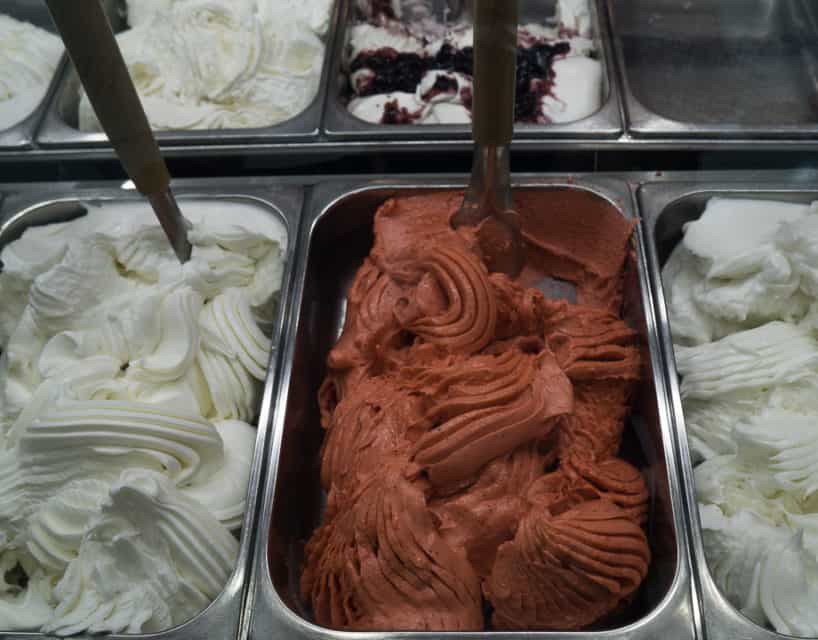 With the tour coming to a sweet end, Sharon and Glenn were off hand in hand to pick up a wedding cake at the local bakery.  The rest of their party made a beeline back to their not-so-mini-van. The wedding couple had shared that after they tied the knot, they would be cooking up a feast for all their guests at the villa.

This handsome couple, on their second marriage, had brought some of their adult children, a minister, and a few friends to their wedding. They both loved to cook, so Via Del Vino Food & Wine Tour wasn’t just a way to fill up the hours, but it hit to the core of their passion for celebrated food. 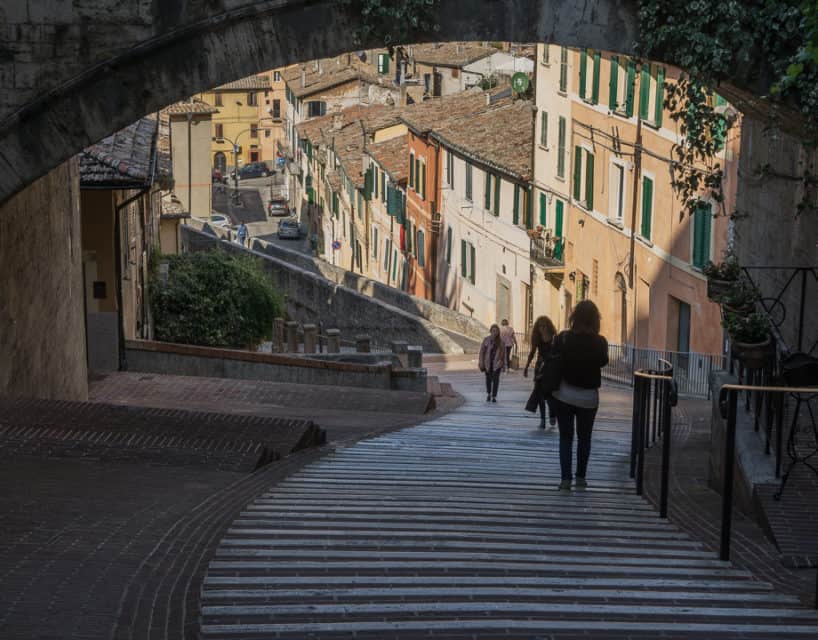 One of the greatest joys of traveling is the people you meet and hearing their stories on your journey. The Taste Perugia Food Tour with Via Del Vino, coupled with the personalities of the wedding party, made for a memorable and scrumptious day in Perugia.

Disclosure:  As is common in the travel industry, Donnie was provided with this foodie tour by Via Del Vino Food & Wine Tours for the purposes of writing this review. While it has not influenced her review, PointsandTravel.com believes in full disclosure of all potential conflicts of interest. All Photos by the author.