Coming around the backside and corner of the Hotel Fauchere, I entered going down the stairs and through the back door. Unbeknownst to me, I came at it all wrong and should have entered thru its glorious navy-blue double French front doors with red and white striped awnings out in front and even a black rocking chair on the sidewalk to get the real flavor of what was to come! Milford PA Hotels have a lot to offer and the Hotel Fauchere is the creme of the crop! Of course, there are other hotels in the neighborhood, like in Jim Thorpe, PA, but I do love this cute little hotel and town. 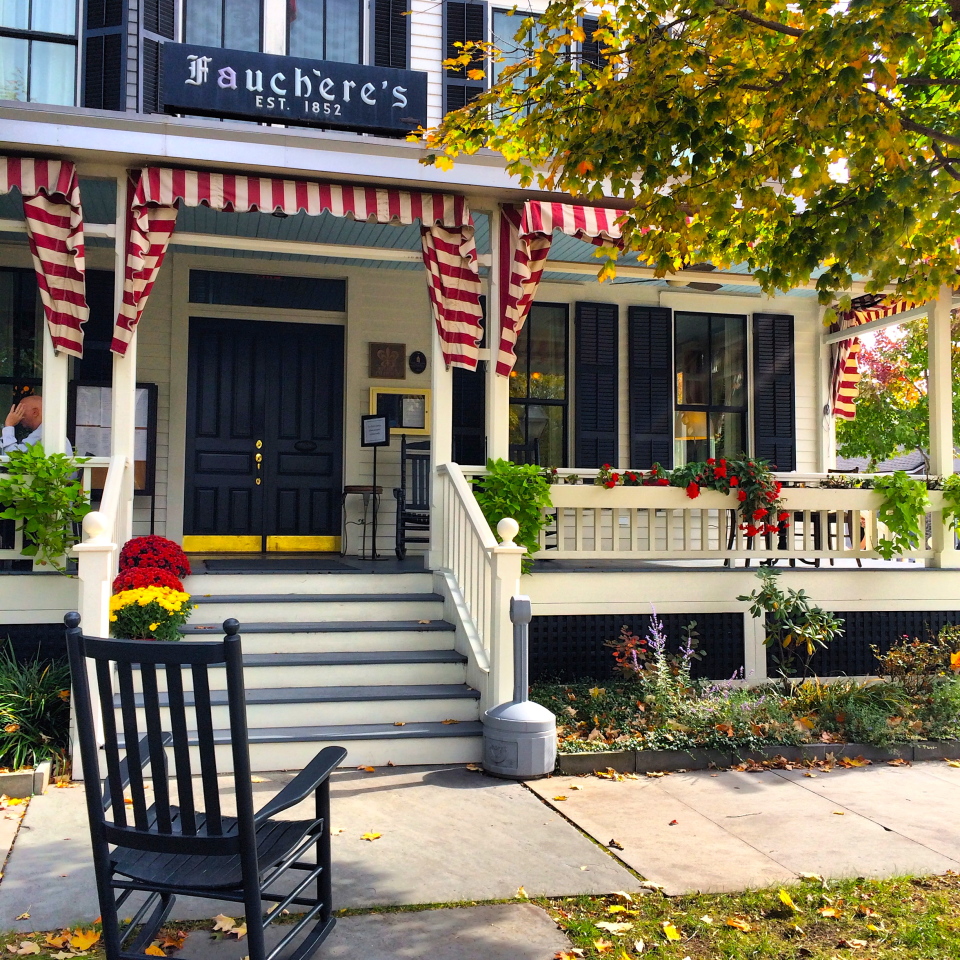 Once I made my way to Bar Louie downstairs, I could not help but notice the print of Andy Warhol kissing the bewildered John Lennon on the cheek hanging on the wall behind the bar. It was a large, blown-up print, one of which only three exist in the world. The owner of the hotel happened to be friends with the photographer in order to gain access to the photograph and he was quite proud to own it. 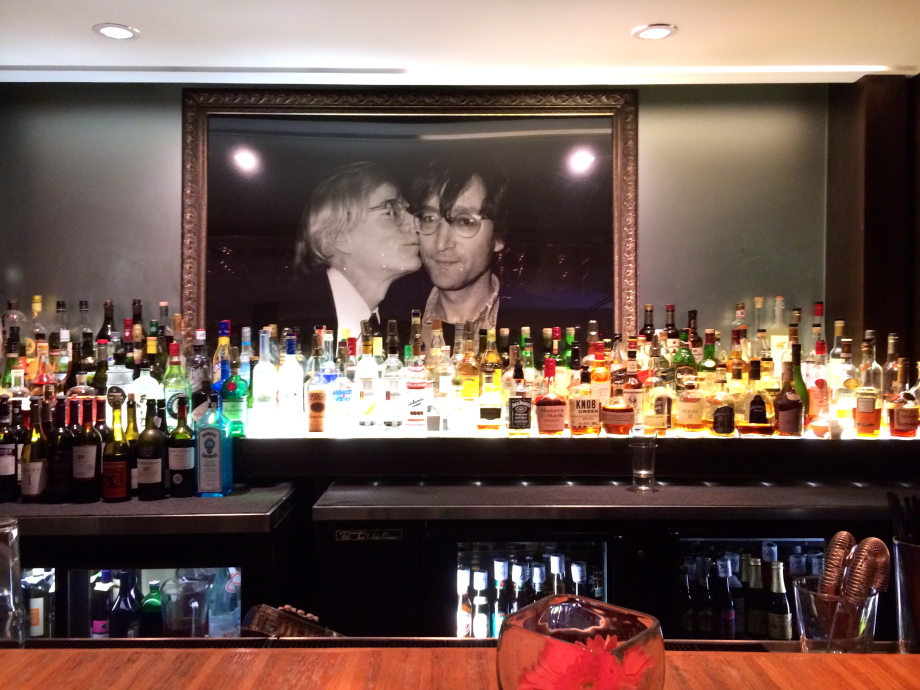 This hotel had been the heyday of times past and had a “hall of fame” stairwell print gallery with everyone from Mae West to writer Thomas Wolfe to poet Robert Frost, Andrew Carnegie and many past Presidents from the USA.  It was literally a “who’s who” of an era gone by. 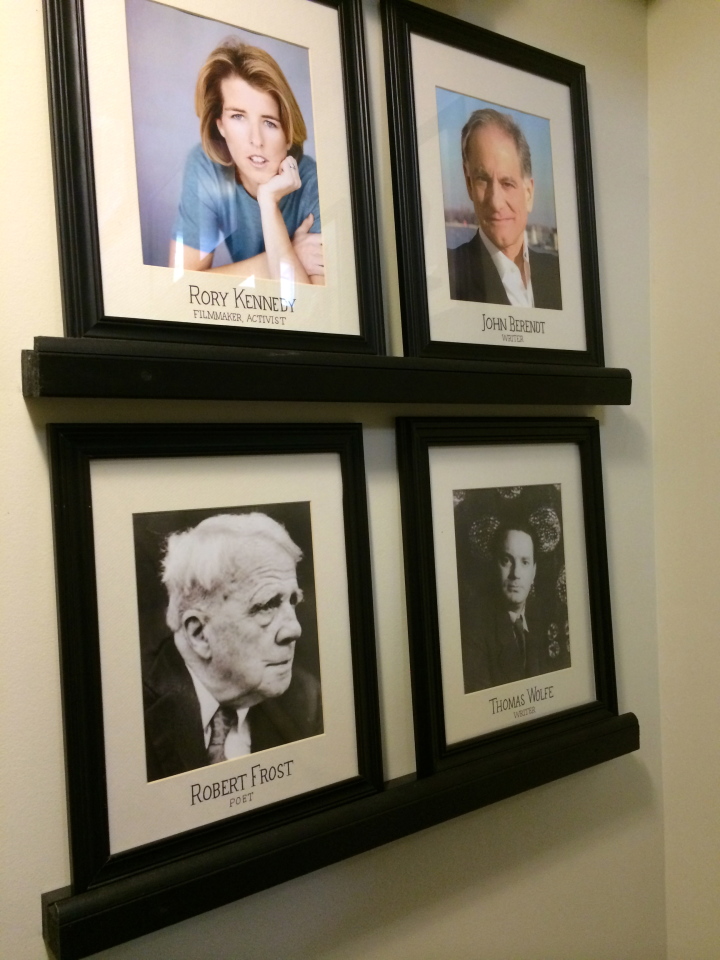 The hotelier, James Frank, met with me to give me a detailed history (really almost a dissertation) of his wonderfully restored Hotel Fauchere in downtown Milford. One thing I love about the owner was his passion for restoration and the blending of the “old” with the “new “to create a vibrant downtown Milford, PA. Today, of the 655 buildings in Milford’s historic district, 400 have been officially declared “historically significant.”

I love it when I meet people on my travels that are so passionate about their life’s work. This hotel is just one of only fifteen historic properties that he (and his business partner) has restored to revitalize this downtown area. When I finally had a chance to visit the hotel properly (from the steps of those navy blue French front doors), I couldn’t help but think of the old Southern plantation-style houses, with their white porches and mason jars of sweet tea brewing outside in the warm sunshine. 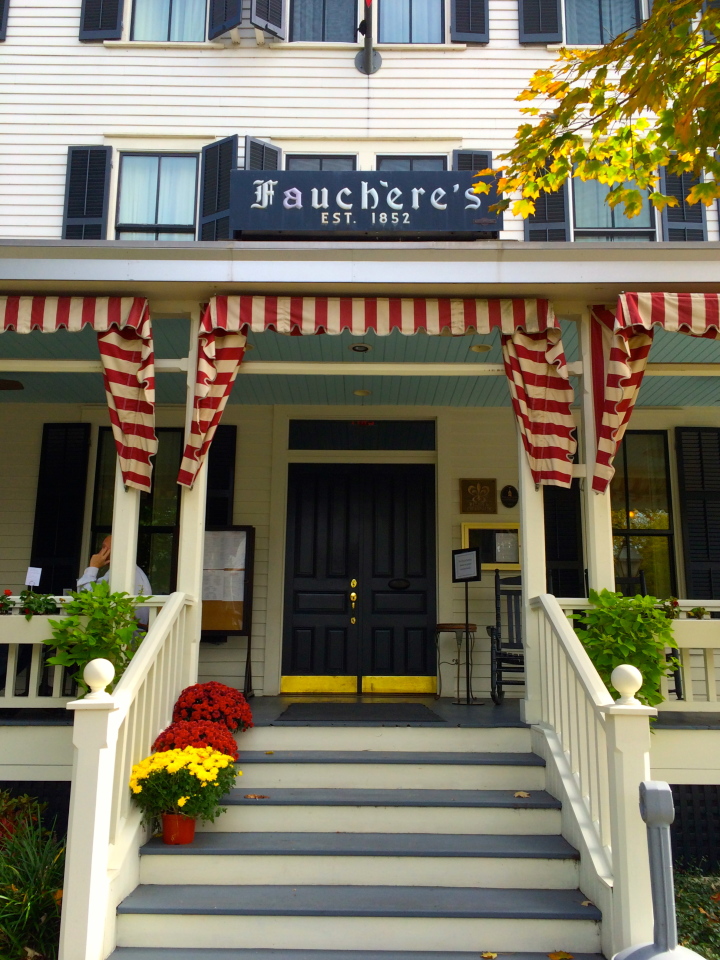 Once inside, I was greeted with lime green and animal print furnishings in an eclectic manner with large palm fronds throughout. The décor is welcoming, comforting, and hip. 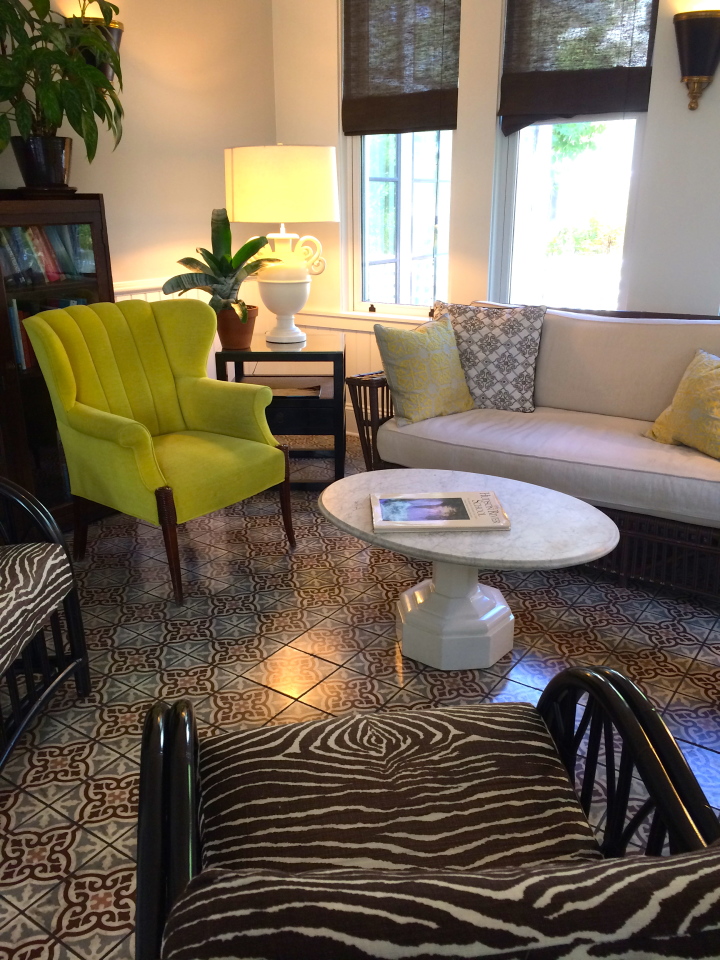 In the fine dining Delmonico Restaurant,  there was a set of frames on the wall that had a collection of old menus from French restaurants from the late 1800s to the early 1900s. Their addition to the restaurant was perfect and sets the stage for its’ French cuisine, as the original Mr. Fauchere was a chef that had immigrated from France. 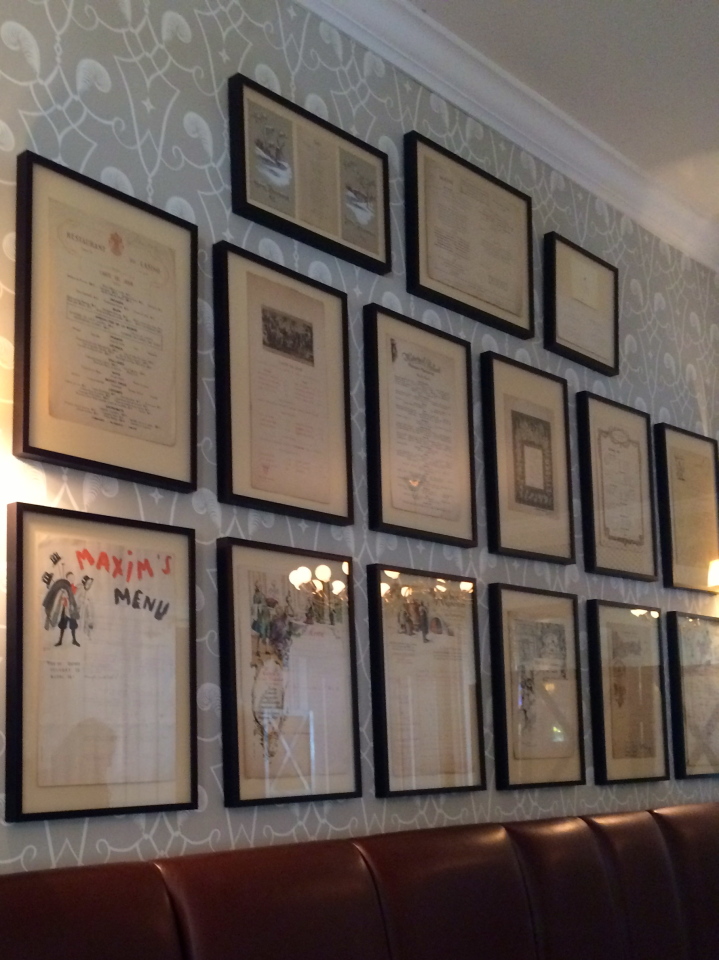 Prior to arriving at the charming Hotel Fauchere in downtown Milford, I had ventured off to Grey Towers Historic House, which was built in the style of a French château with 43 rooms. It is known as the birthplace of the Forestry Department in the United States. 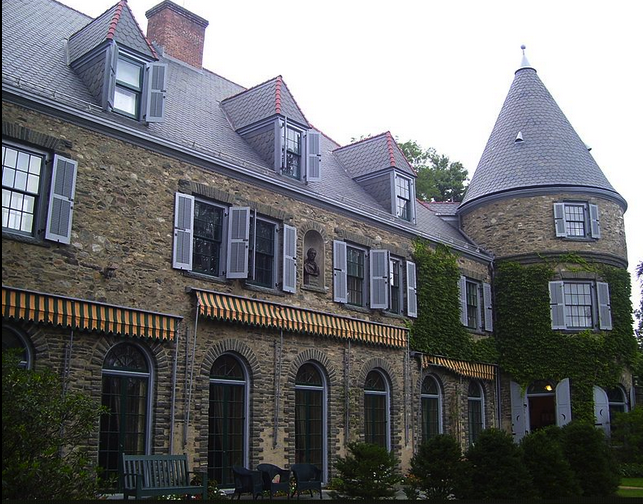 This home and its land were of great influence during the late 1800s, as well as a powerhouse of wealth in the USA political world. The land on which Grey Tower sits was cleared in the late 1800s and during this time, clearing the land meant literally everything in its path. This overshadowing fortress was built with no landscaping and all the trees were completely cleared in a path of destruction of the forest, unlike what is done today. 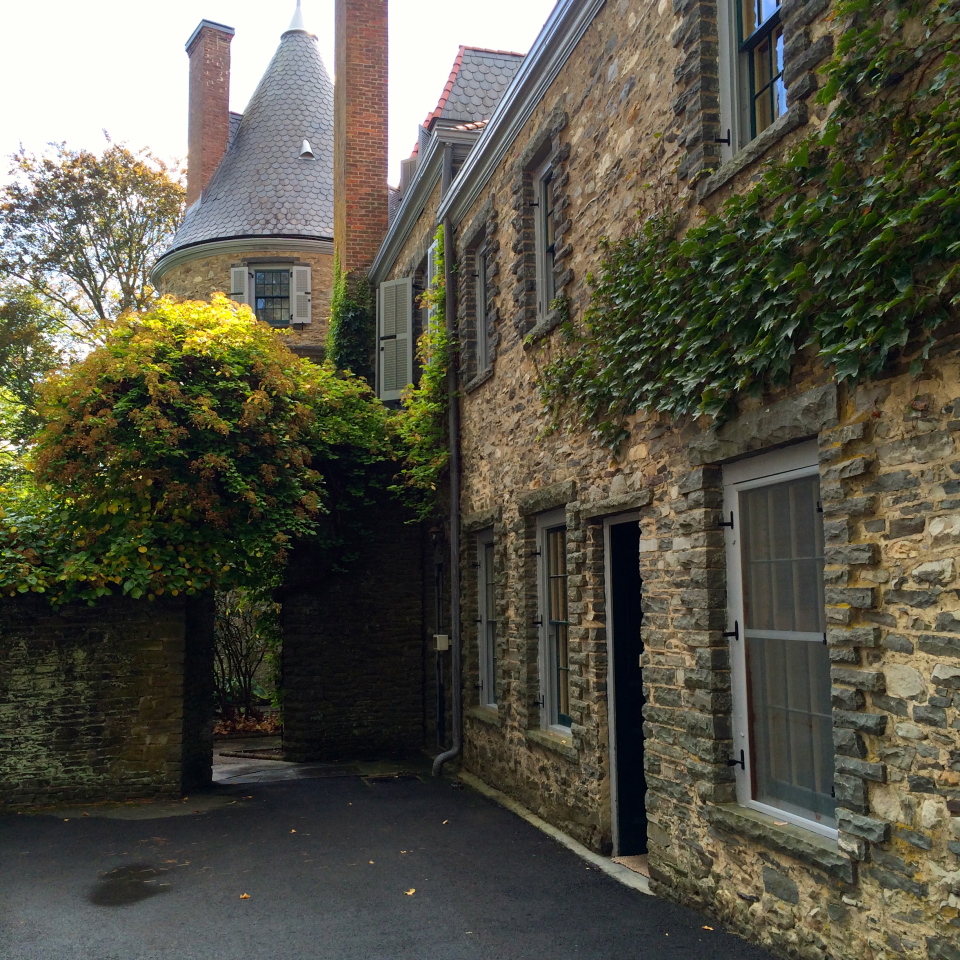 This, however, was the learning ground of conservation techniques of the US Forestry Service, and the family that owned this property single-handedly help shape conservation in America. 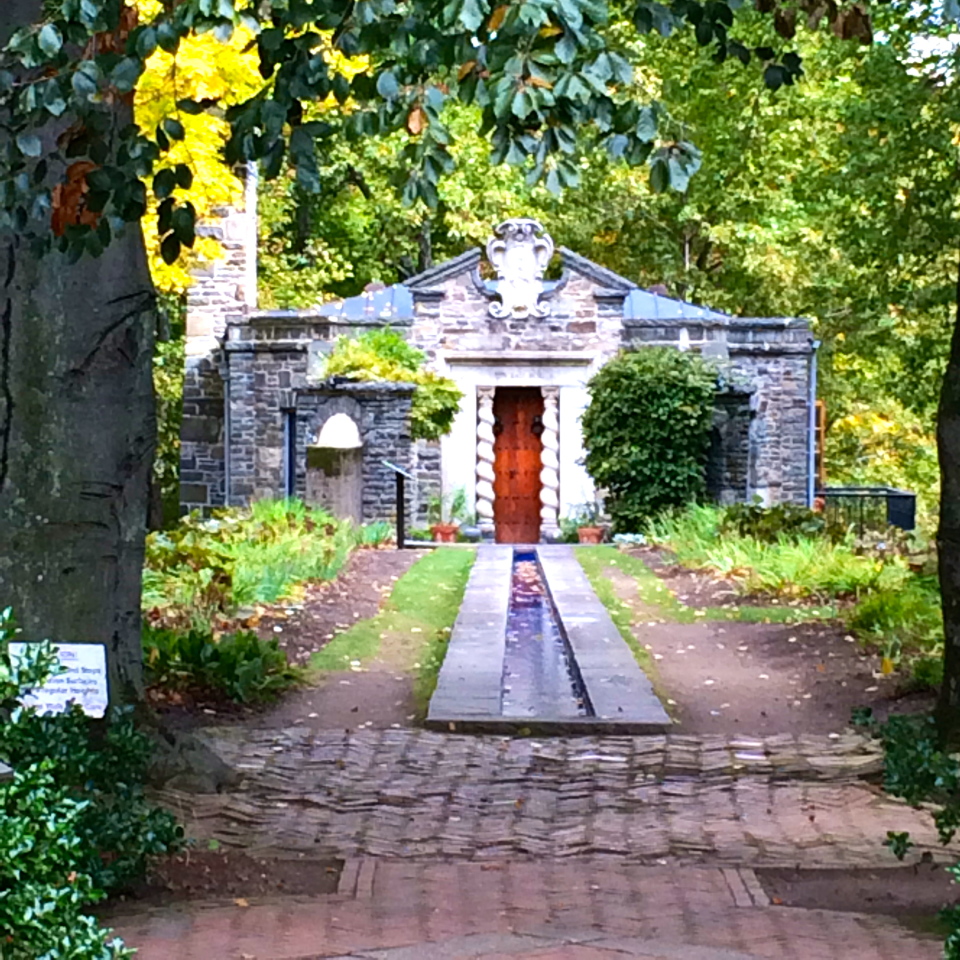 Conservation techniques of the forest

The home and acreage were owned by James Pinchot and it was his personal home, as well as his children’s home for many years.  James soon realized the detriment the land clearing was to the environment and so he made it a point to teach his son about conservation and conservation techniques of the forest.

The home has now been designated as a registered national historic landmark, as eventually his son Gilford graduated from Yale and returned to Grey Towers to help create the first college regarding forestry. He later went on to become the chief forester of the Forest Department and during his tenure, the size of the nation’s forests more than tripled in size. He went on to become Governor of PA in 1922 and served 2 terms wiping out the $30 million deficit.

Today, Grey Tower is administered by the US Forest Service, where they currently maintain the house as it was during that time frame for public tours and help train today’s interns in the Forestry Department of the US Department of Agriculture. 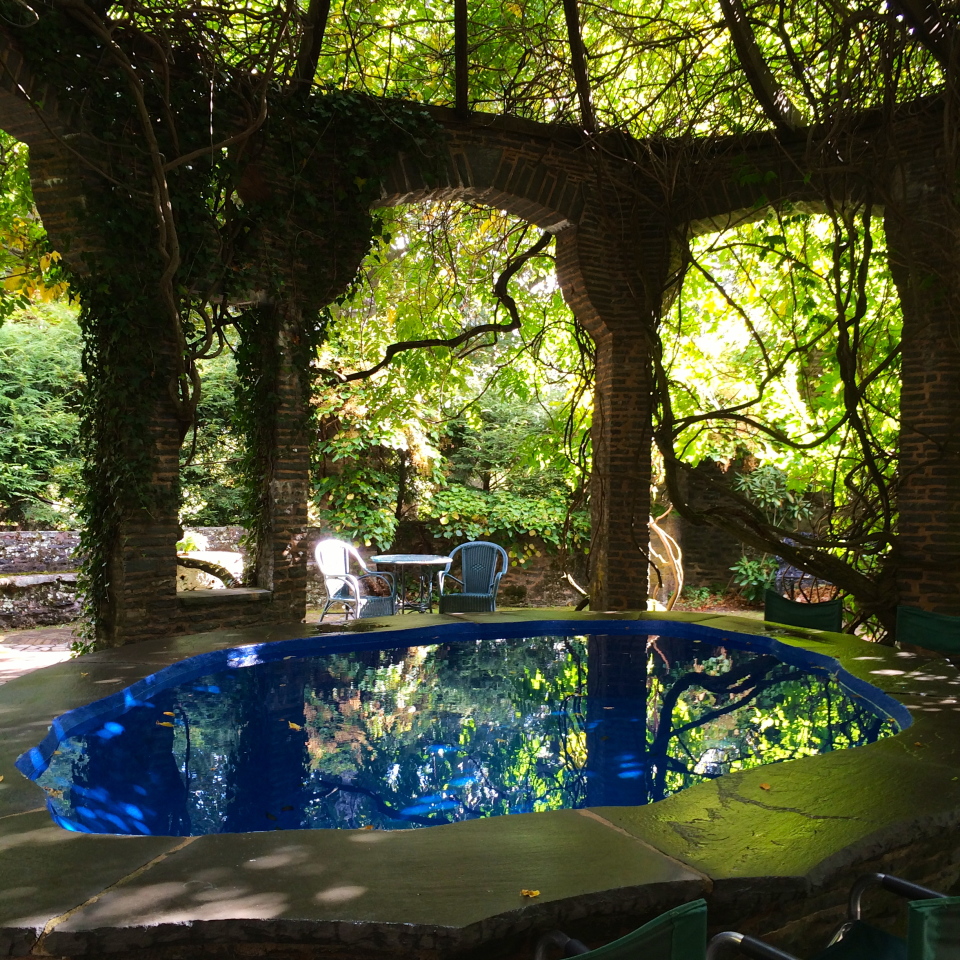 I would be remiss without the mention of Gilford’s wife Cornelia who aided in the beauty of the surrounding of this mansion today by creating an abundant garden and landscaping that beautifies the area. Not only did she add full-time landscapers to the payroll, but she also put in a unique outdoor “dining” room known as the Finger Bowl, which is the most unusual “pool” table you have ever seen. 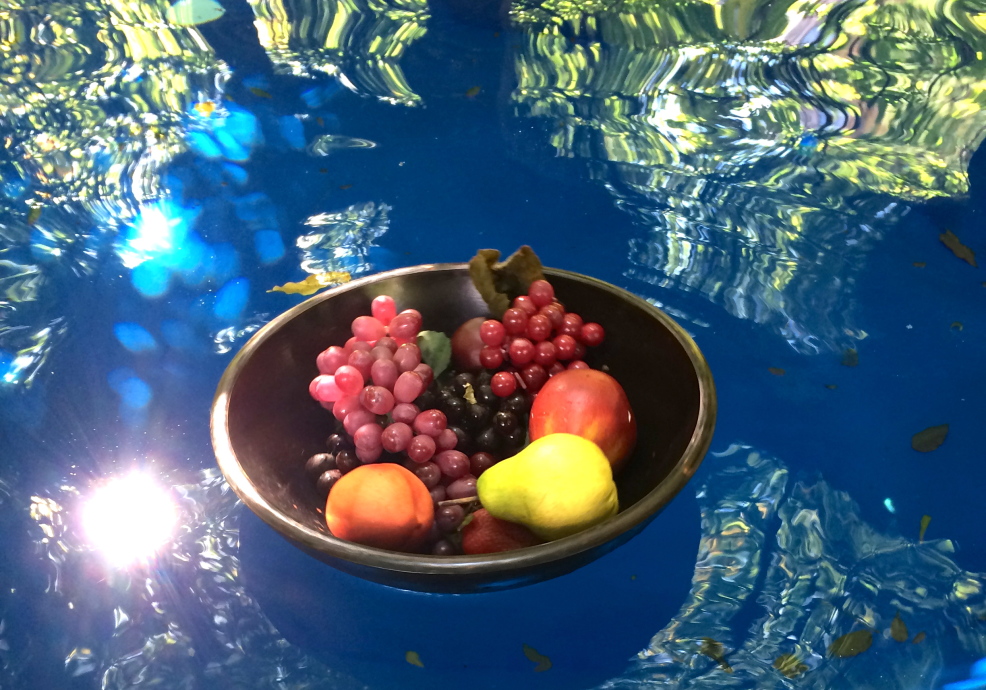 It is a dining area made from a raised pool with a flat ledge. It was meant to help start and create a conversation about things going on during the times. The reason the “pool” table is so unusual is that it is literally a pool of water and the food gets passed around among her guests by pushing specialty made, floating wooden bowls that contained the food to one another across the “pool” where they would eat at these outdoor dinner parties. It is sheltered by a wisteria-covered arbor. 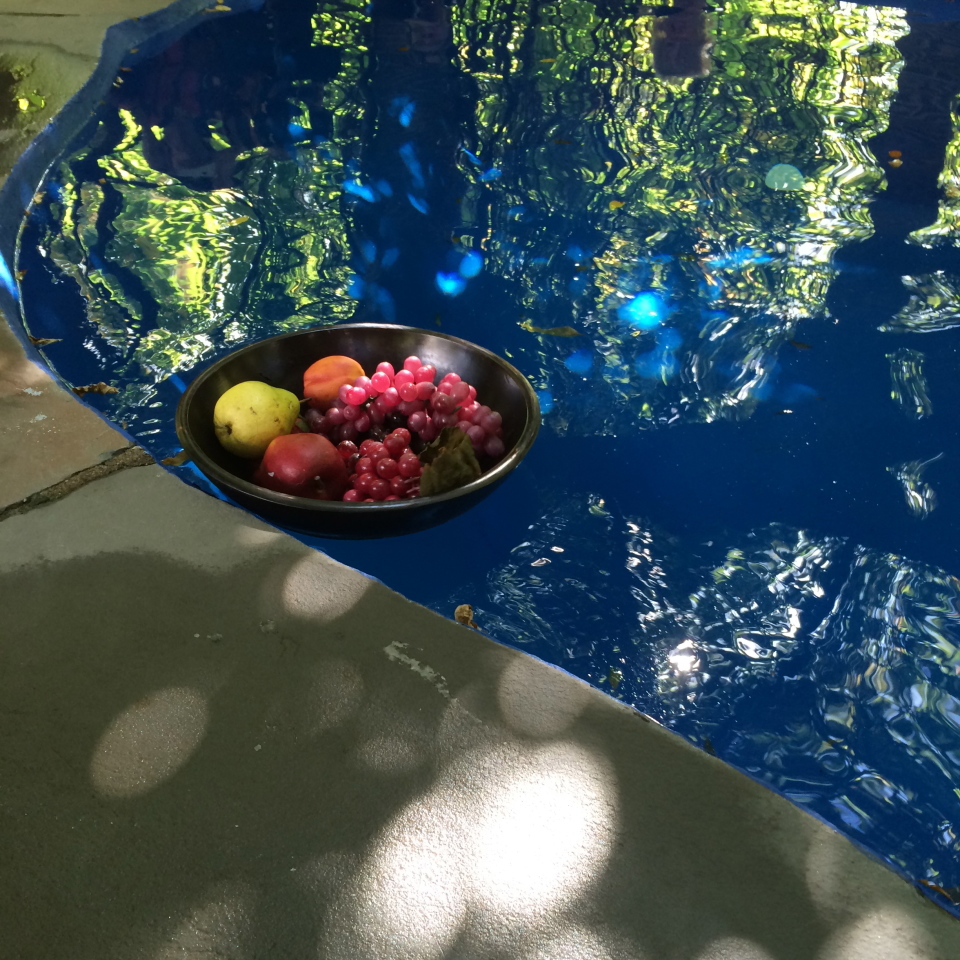 Here you will see the “pool” table and below is the arbor, the semi-covered “roof” of her outdoor dining room. 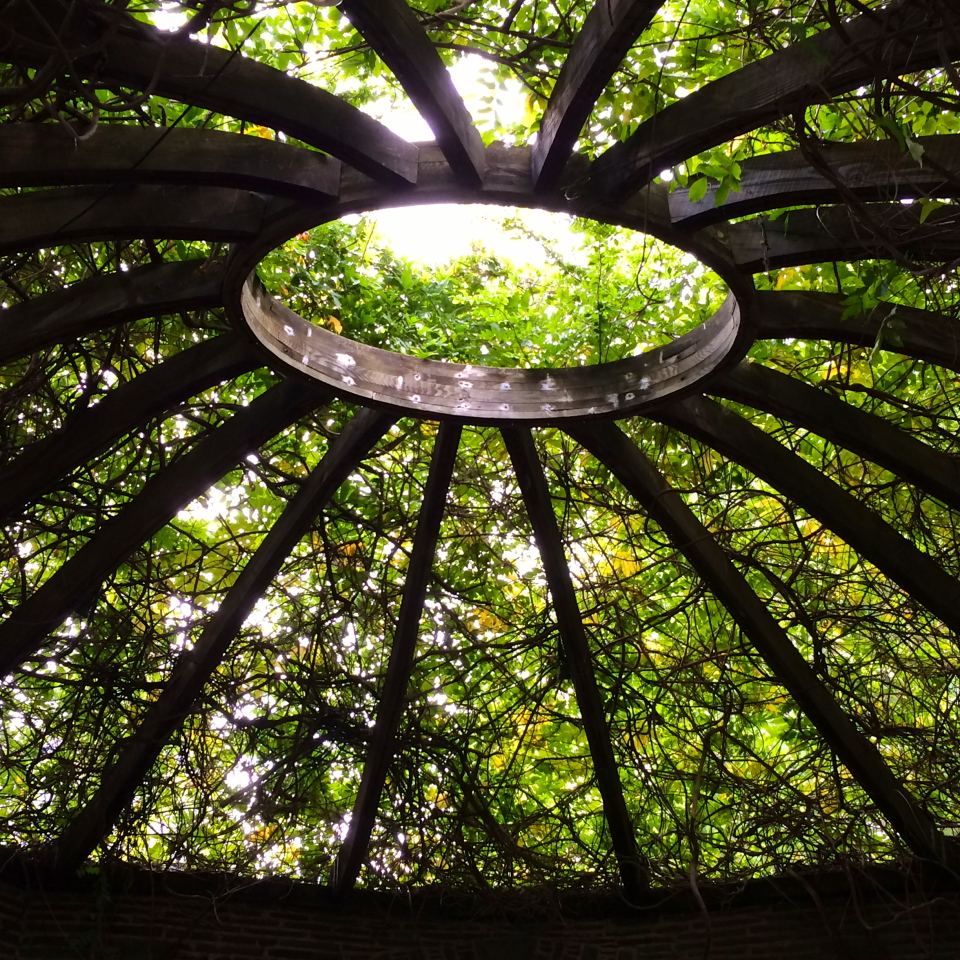 It is said that she was the catalyst for her husband to become Governor by not only creating the most unusual dinner parties in town but also establishing him a residence in Washington which helped catapult him to the Governor’s mansion many years later. 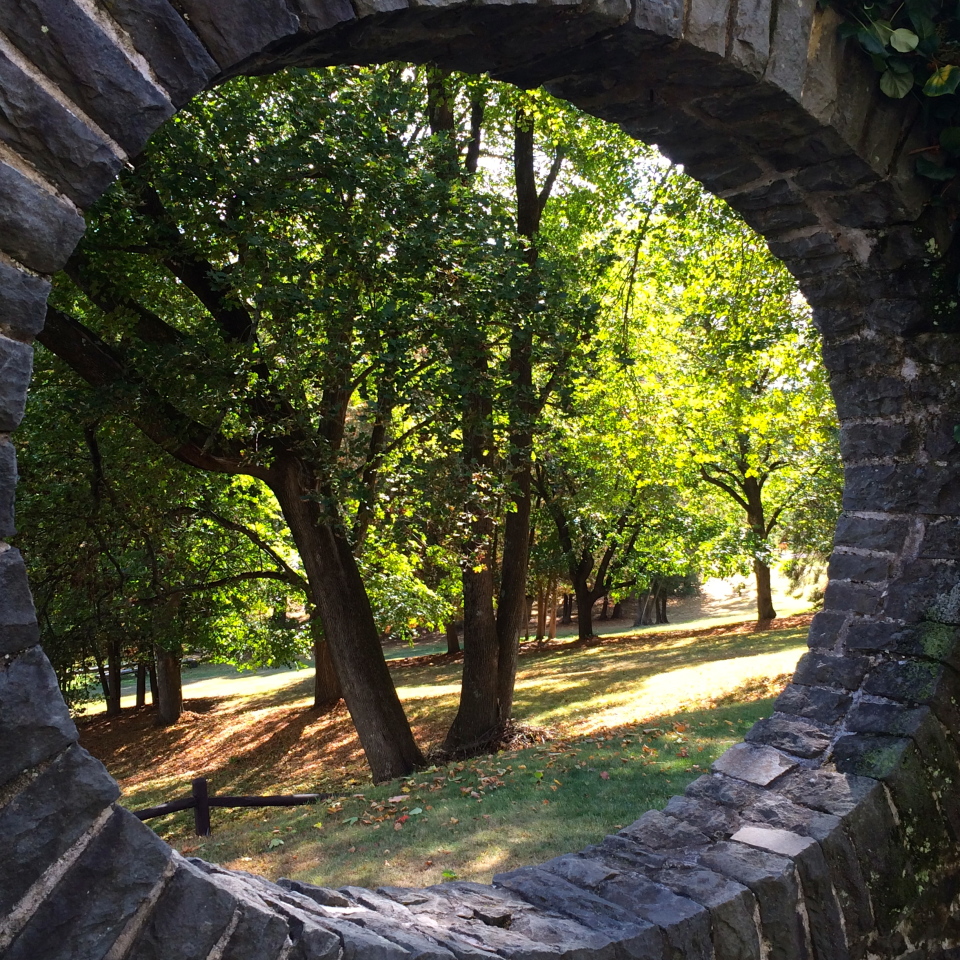 The grounds are delightful and gorgeous during the changing of the leaves and are a must-stop during your visit to the Pocono Mountain area of Pennsylvania, near Milford.

Milford PA Hotels –Where To Stay

Tripadvisor Rating: #2 out of #7 hotels in Milford, PA, USA

Disclosure: As is common in the travel industry, I was provided with accommodations, meals, and other compensation for the purposes of review by the Poconos Mountain Tourism Board. While it has not influenced my review, PointsandTravel.com believes in full disclosure of all potential conflicts of interest. All Photos were taken by the author/or were given permission from the photographer. Affiliate links may be located in this article.

I love the "blending old with the new" concept on designing a property. Its like presenting the past to the modern world. Not insisting and just trying to blend in. Would love to stay there and visit the Grey Towers. Interesting "Pool" table. At first I thought it was a Jacuzzi, not until I scrolled down and read your description. Would be an interesting experience to have dinner on that.

Yes, it is an interesting place!