There is no place on earth more important to the religions of the world than Jerusalem the old city, a UNESCO World Heritage Site. It is made up of several key sites to many religions, such as the Temple Mount and the Wailing Wall for the Jews, the Church of the Holy Sepulchre for the Christians and the Dome of the Rock and Al-Aqsa Mosque for the Muslims. People from all these religions come here as a pilgrimage to their religion. 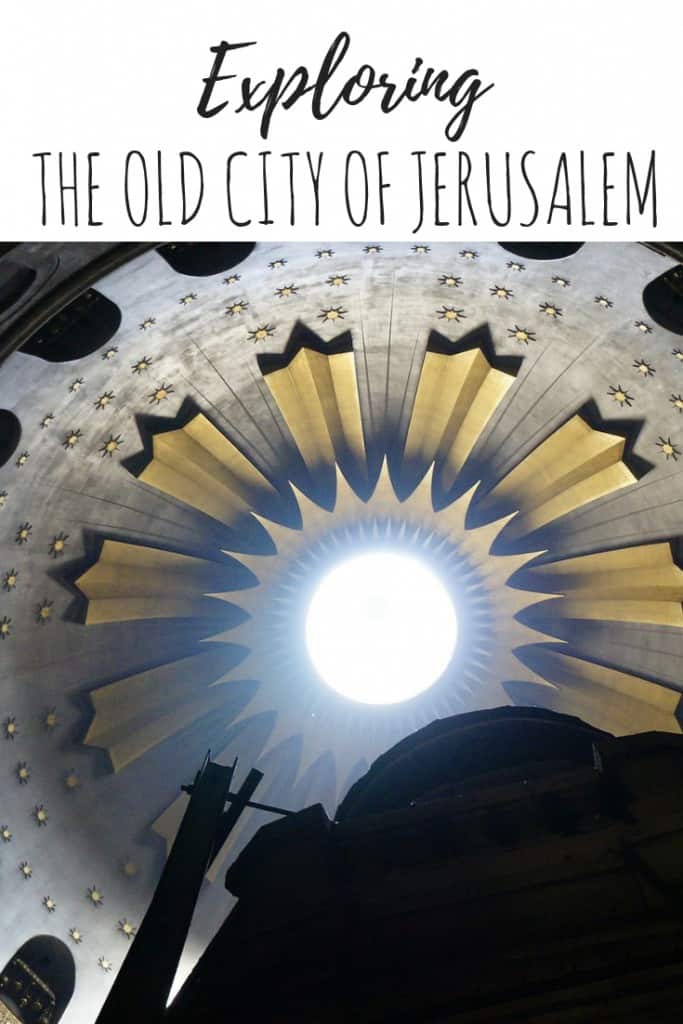 It is the land of the complicated. I have landed in God’s country, the land where it all began: Jerusalem, Israel, or as some call it Palestine. No matter what you call it, it is the gateway between the empires of the world, the central meeting point for all of mankind.

The world’s people, civilizations, nature, and climates: they have all merged here. Israel is that spot where the crossroads of the world began. Known as the spiritual center of the world, ironically it is also the original fighting ground for the powers of the world. I have landed in Jerusalem, Israel. 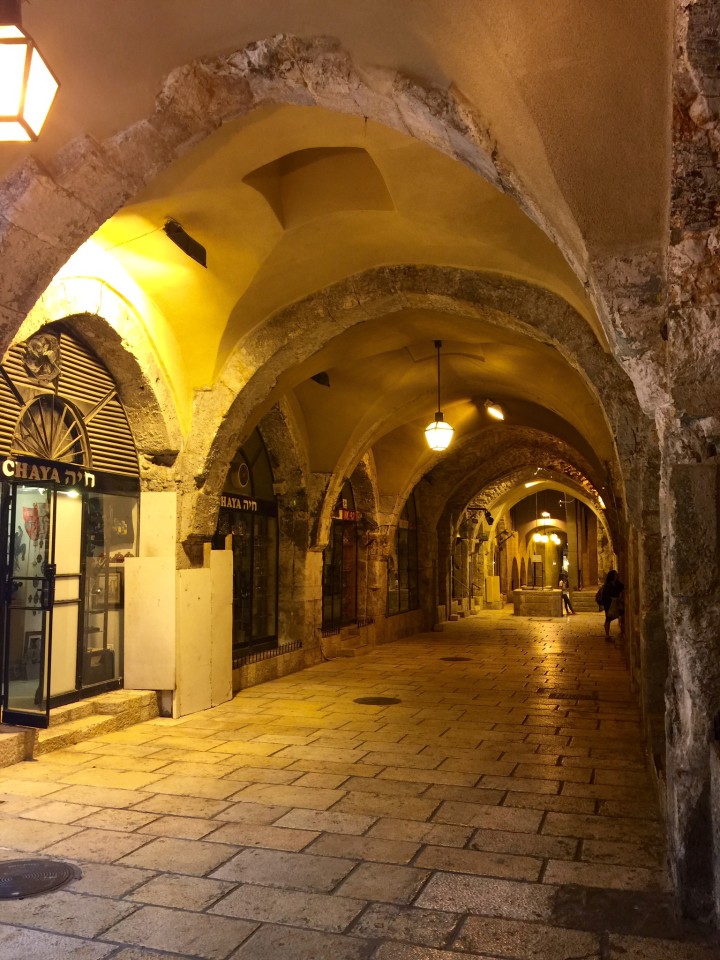 The Politics of the Old City, Jerusalem

Holding back my tears, thinking of the fear of the walking dead, I open my eyes wide and listen closely, trying to grasp the subject.

Today it is the Jewish nation versus the Palestinian one, Jew versus Arab, Judaism versus Islam, yet there has been conflict here almost before the dawn of time, back when Abraham heard God speak to him for the very first time, and the old city of Jerusalem finds itself of strategic importance in that it happened right here on a hill in Old City Jerusalem.

I have arrived during a time when CNN, The New York Times, and FOX news report about the “fear of the new intifada”. Honestly CNN, NYT and FOX, there is no reason to add fuel to fire, as there is plenty of that around here. However difficult, they are a community that is trying to live side by side in Israel, where there are 6 million Jews and 6 million Palestinians in a tiny plot of land.

I call Israel the land of the complicated. 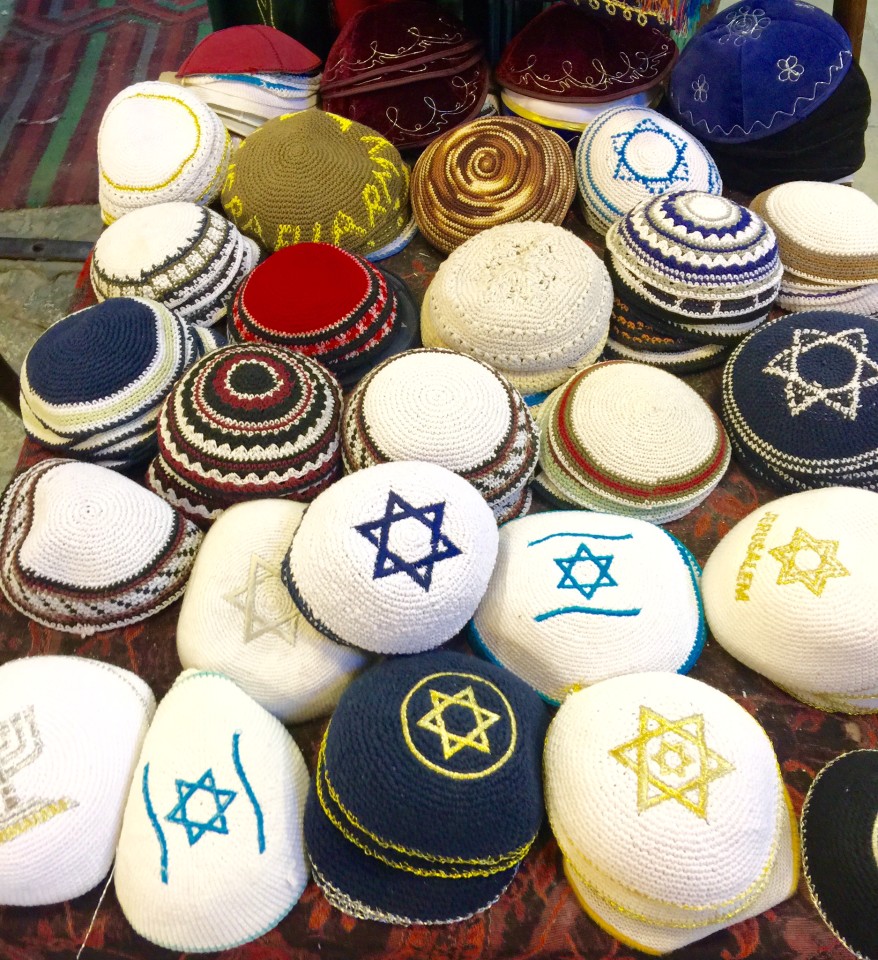 Deep in Jerusalem Old City, you will find the remnants of the Ottoman Empire that was more recently captured by the British and the French and then divided right down the Syrian/African Rift Valley into the North and the South. (Following World War II, the United Nations partitioned the area into a Jewish and Arab state.)

The land is a classical battleground: Your religion either worships one GOD or a gluttony of them. This is the central dividing line between the two concepts of existence here, thus the battle has begun and unfortunately shows no sign of stopping. There is nothing quite like a visit to the Old City of Jerusalem and if you have made your way to Israel, there is no reason not to go and see this world within a world itself. It is fascinating and has the look and feel of nothing I have ever seen before. 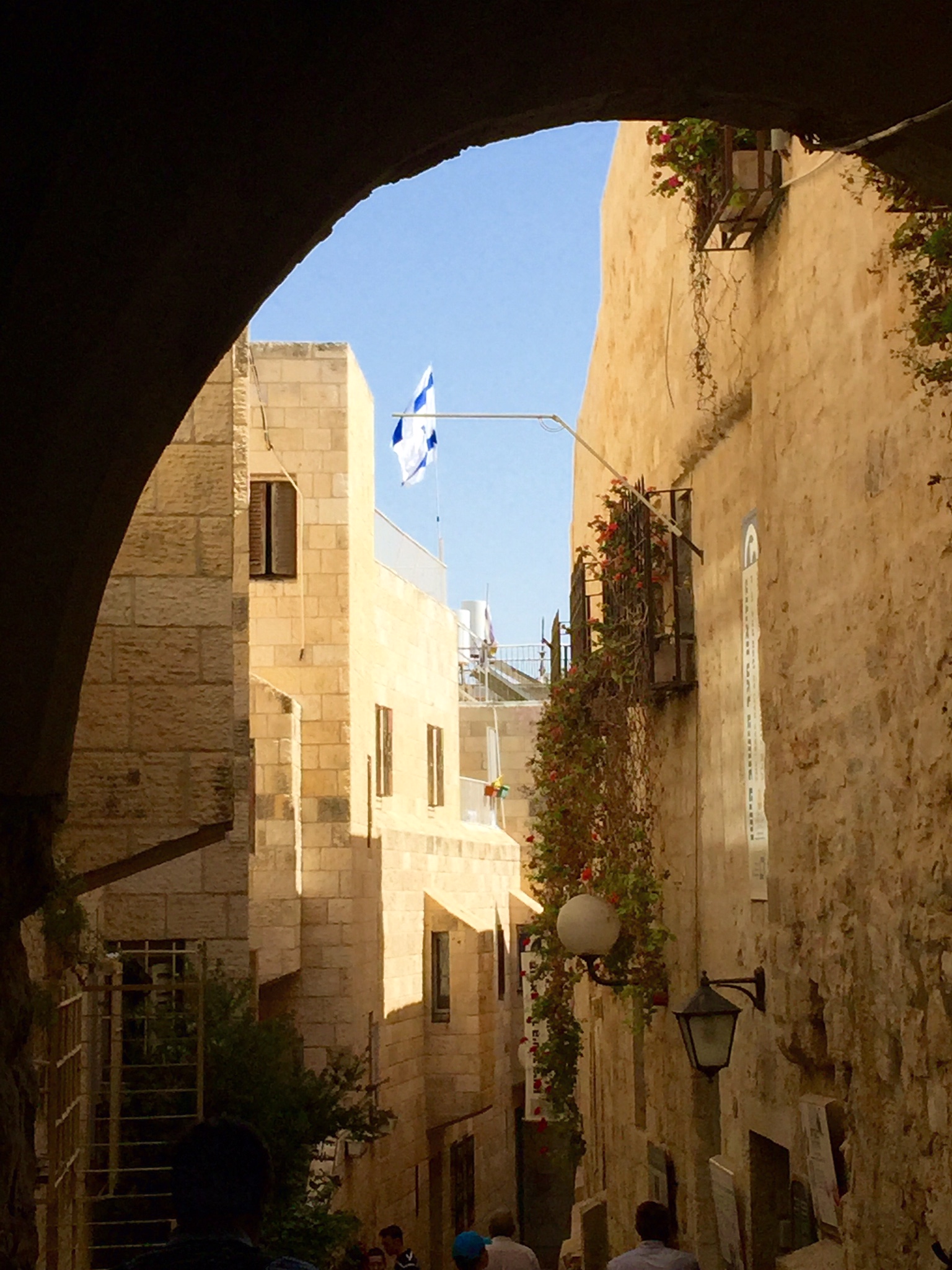 GeographyJerusalem the old city is divided up into 4 quarters: The Jewish, The Armenian, The Muslim, and The Christian Quarters. Depending on your religion and political lean, you may want to choose beforehand what quarter you want to visit. 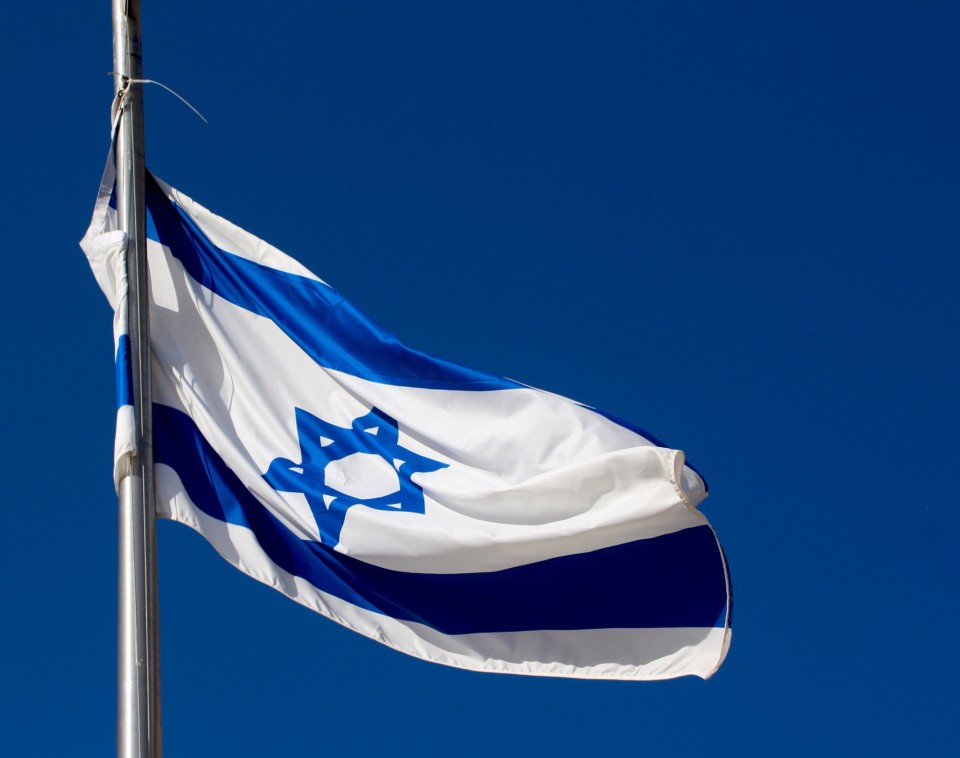 I entered Old City Jerusalem thru the Jaffa Gate where one enters into an Arab market or souk. The Arab and Christian Quarters on the left and the Jewish and Armenian quarters are on the right. Now that you have made it here, I have gathered ups some of the best things to do while in Jerusalem the old city. 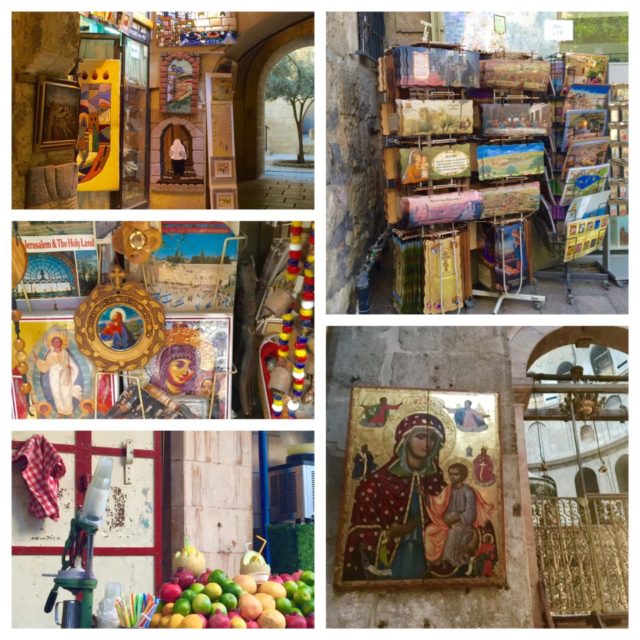 For me, the most fascinating things to see in Jerusalem, Israel are listed below… what things do you like to do?

Things to do in the Old City, Jerusalem

Judaism/Christians: This is a site that has been a religious site for thousands of years. It is the holiest spot on earth in Judaism and is the place where Jews turn toward during prayer. It was from this spot that God gathered the dust to create Adam (the first human) as referenced in the Old Testament of the Holy Bible.

This is also where Abraham took his son Isaac to be sacrificed. Some say this was a test of his loyalty to God when an angel of God intervened and told him not to do it. It is believed that Abraham is buried here as well. Four hundred years later, the son of King David, King Solomon, saw this same hill and decided to build a holy temple upon this hill.

Islam: Temple Mount is also known as the Noble Sanctuary which is the location of Mohammad’s journey to Jerusalem and his ascent to Heaven according to the Muslims. And it is also the home of the Al-Aqsa Mosque, known as Islam’s third holiest site and a key national symbol of the Palestinians. This spot is where the prophet Mohamed spoke to Gabriel. 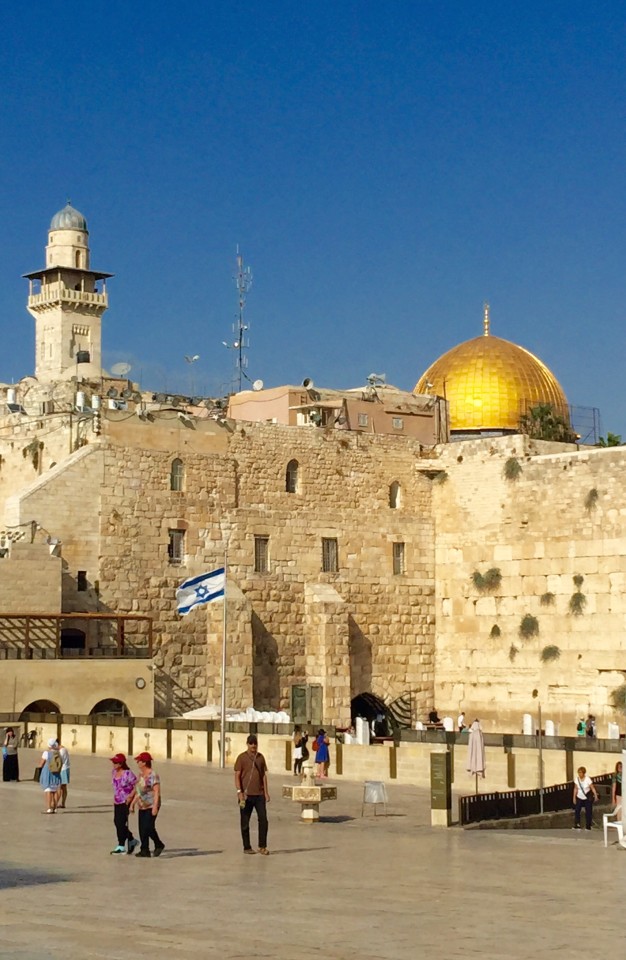 The most interesting thing to me about this hill is that it is the same spot of land that the religions of the world think is the most holiest places on earth! In light of the dual claims of both Judaism and Islam, it is also one of the most contested religious sites in the world.

Church of the Holy Sepulchre

It is known as Calgary, or the place where Christ was crucified. Today it is the headquarters of the Eastern Orthodox Patriarch of Jerusalem. Control of the building is shared between several Christian and secular entities in a complicated arrangement that has been essentially unchanged for centuries!  This is a story unto itself! 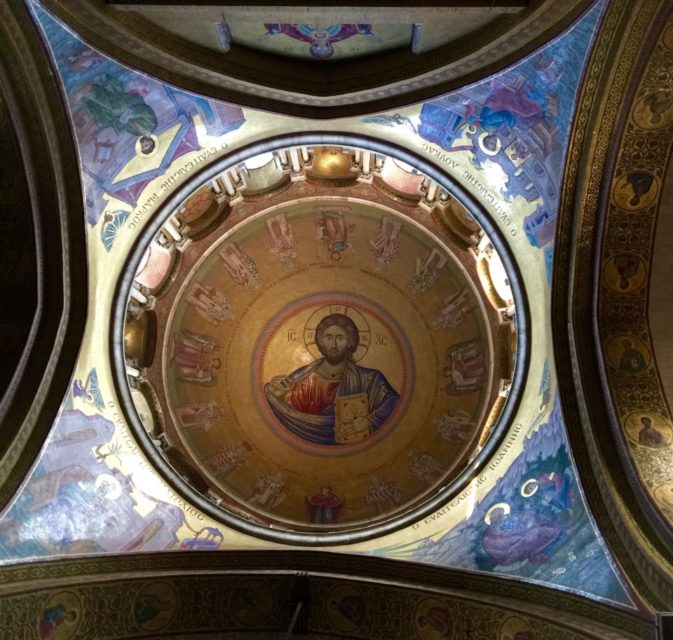 When I was there, it was so crowded, that I was not able to go inside, but just being near The Tomb of Jesus Christ was holy enough for me. Hundreds of Christians line the walls of this holy place, just to see the tomb of Christ. Within the church are the last four Stations of the Cross along Via Dolorosa, representing the final episodes of the life of Jesus Christ.

The path of agony that Jesus Christ made for almost a mile on cobblestone streets carrying his cross to the crucifixion. In the Old City Jerusalem, this march of Christ is divided into 14 stations along a path. 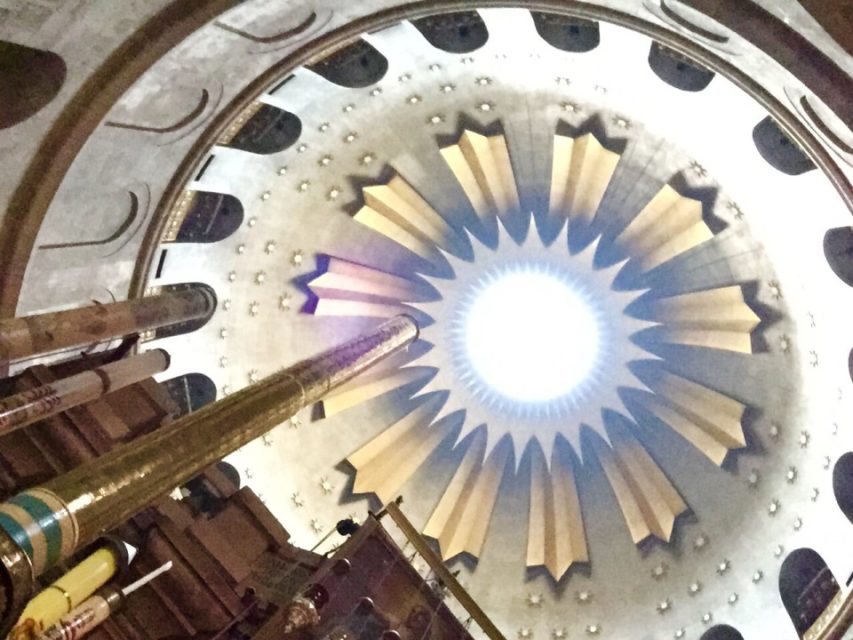 Station #11 is where the nails were hammered into Jesus Christ’s hands and the crucifixion occurred.

Station #12 is where Jesus died.

Station #13 is where Jesus was taken down from the cross.

Station #14 is where Jesus is laid in the tomb. 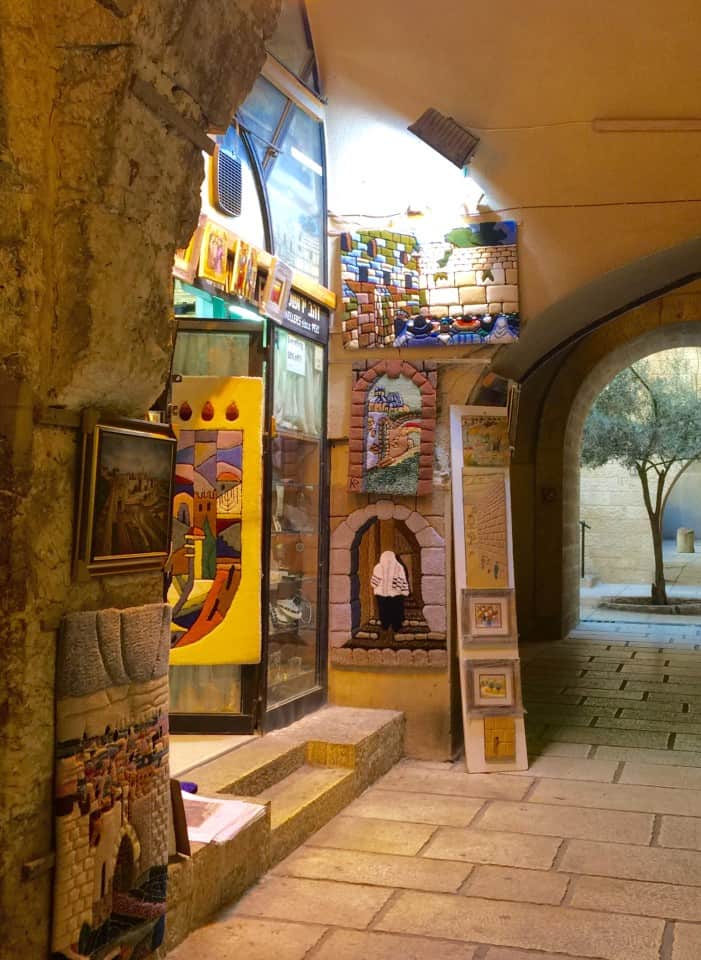 Exploring the Old City in Jerusalem

This brick wall is the portion that is left from the original walls of King Salomon’s temple and the portion left to the Jews to worship. It is believed to be the closest spot to the Temple Mount. It is considered the closest wall to what the Jews consider the holy of holies. It is believed that Gods presence has never left the Western Wall. Traditionally, men and women come here to be as close to the holiest of holy spots in the world and leave a prayer scribbled on a piece of paper. 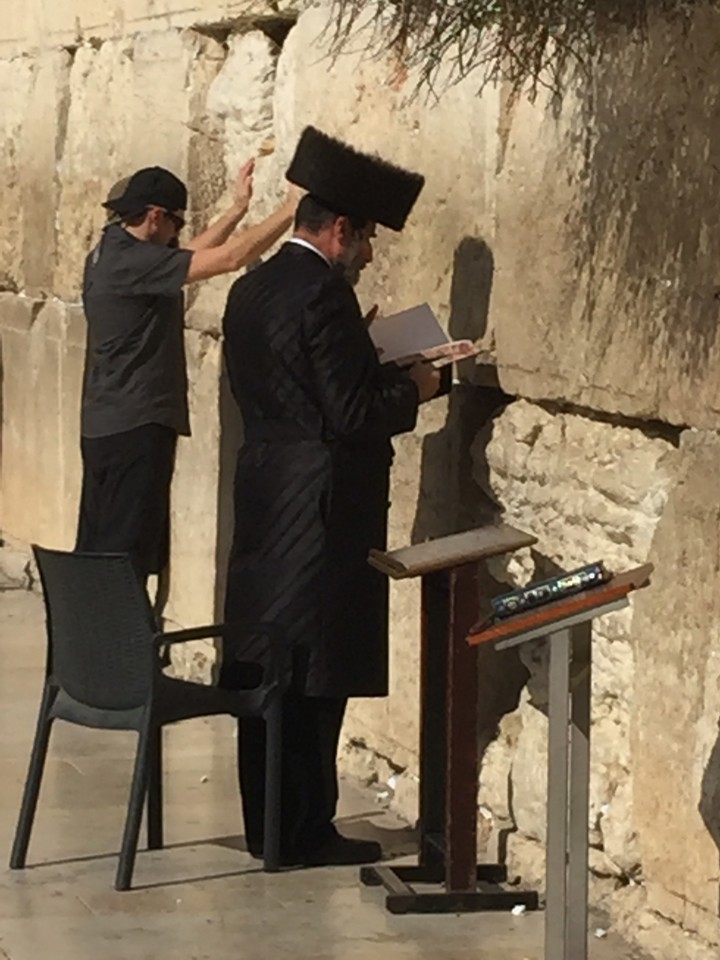 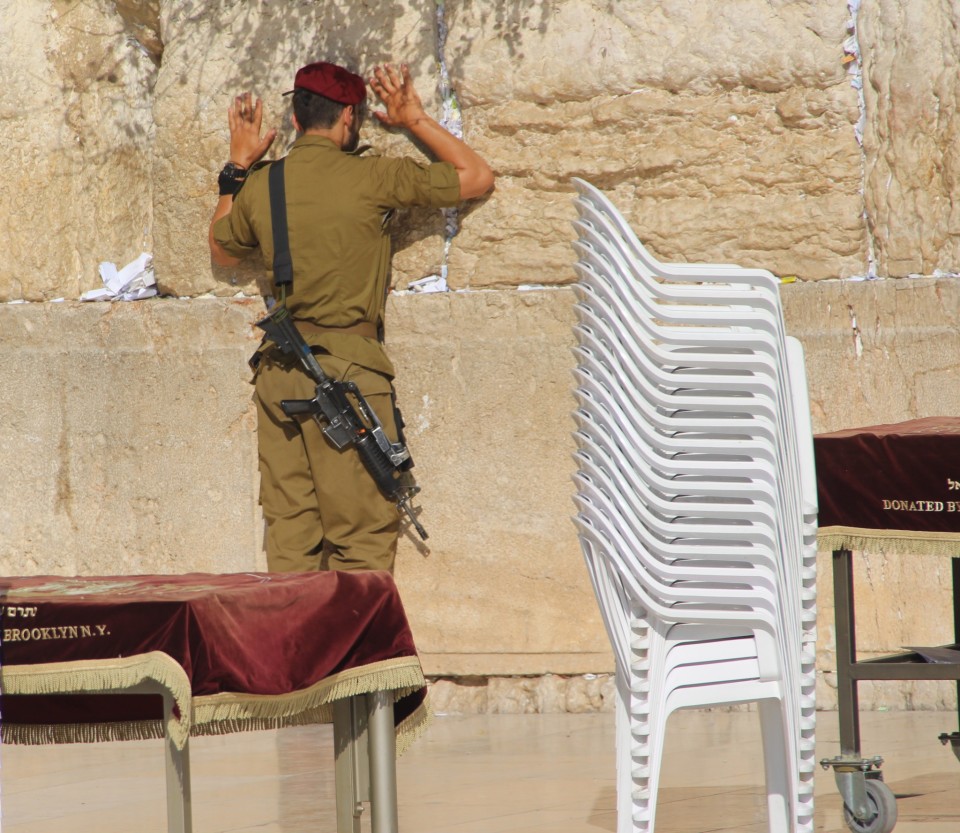 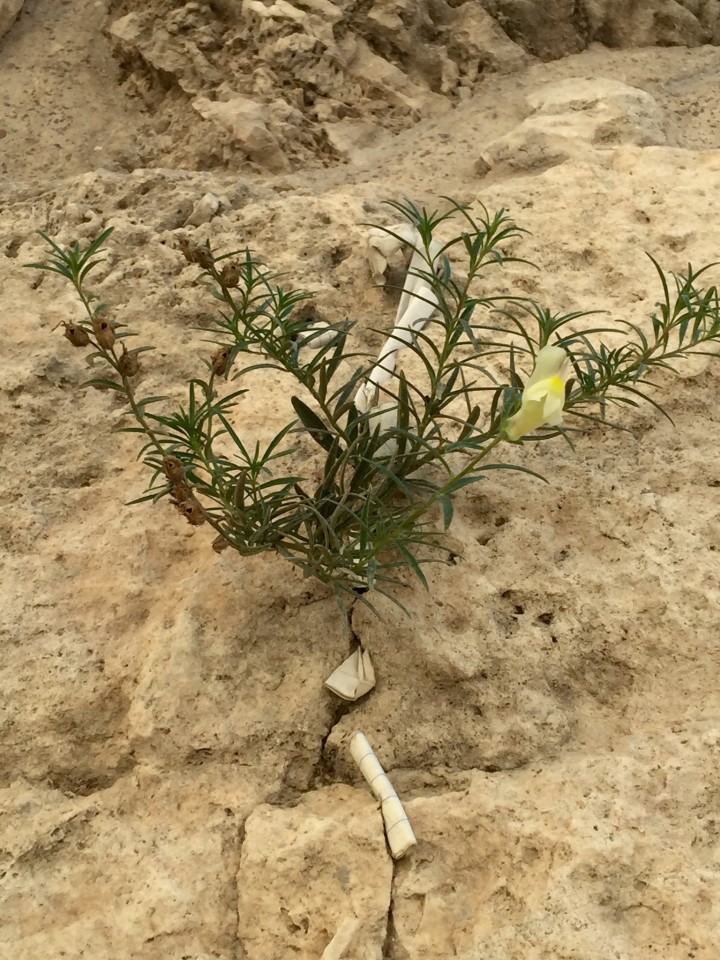 Messages in the wall, Jerusalem the old city

An amazing underground cistern/escape route underneath the city, which can take you to even more close spots of the Western Wall and lead you to several pathways under the city. 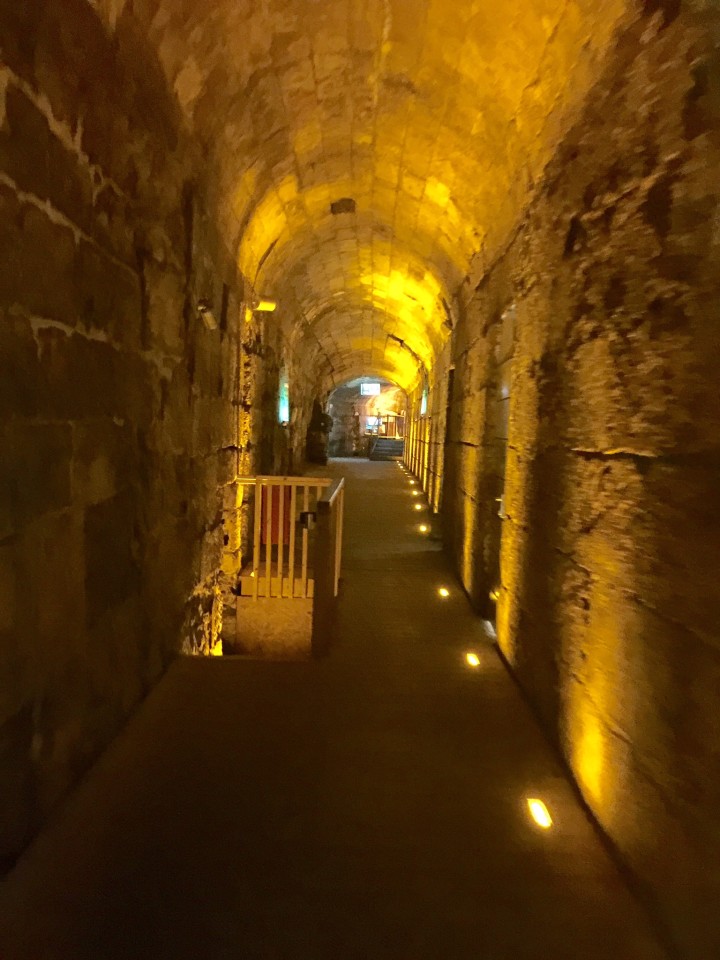 After visiting Old City Jerusalem, my final thought was how it is the world’s responsibility to understand the conflict here. Jerusalem is the only place in the world where the three major religions: Christianity, Islam, and Judaism all live so close together and at times can be a volatile nation. Should we as world citizens and members of the United Nations try to settle the conflict here once and for all or just learn to live with it, knowing that the deaths will come? 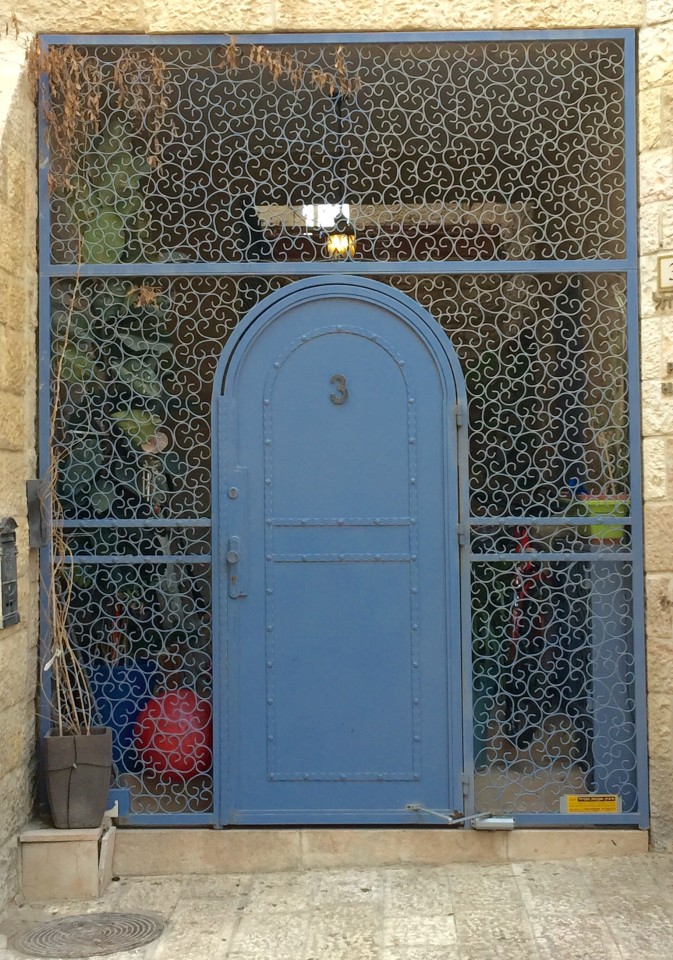 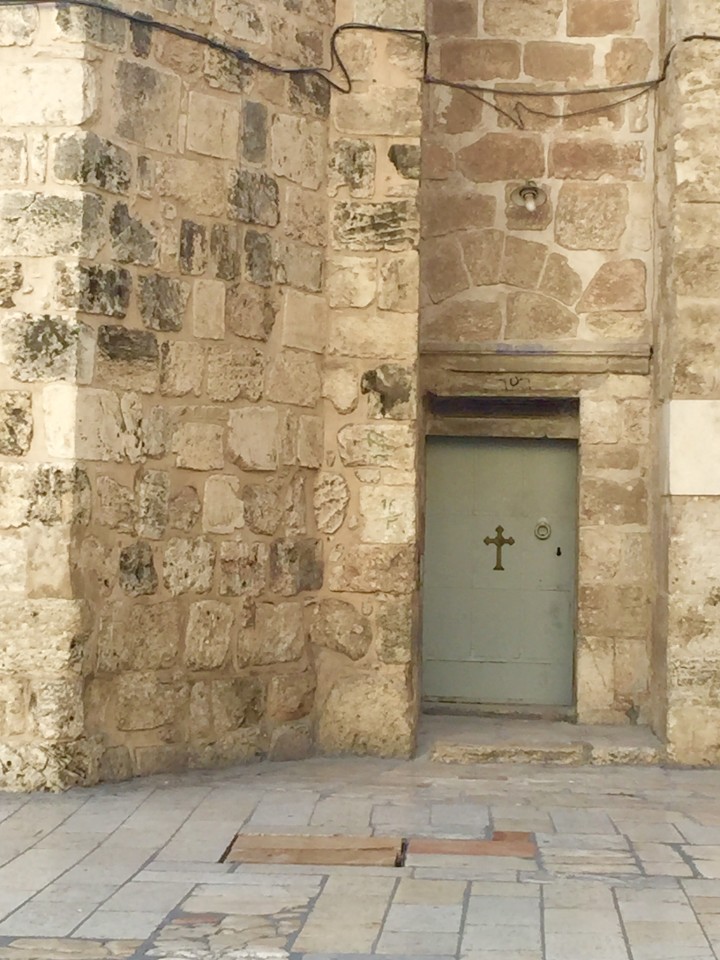 Tolerance, peace, and love may be the only remedy for these conflicts of belief, but I believe nothing will ever change it.

This article is dedicated to Maureen Chai: Her name and the Hebrew word for life. 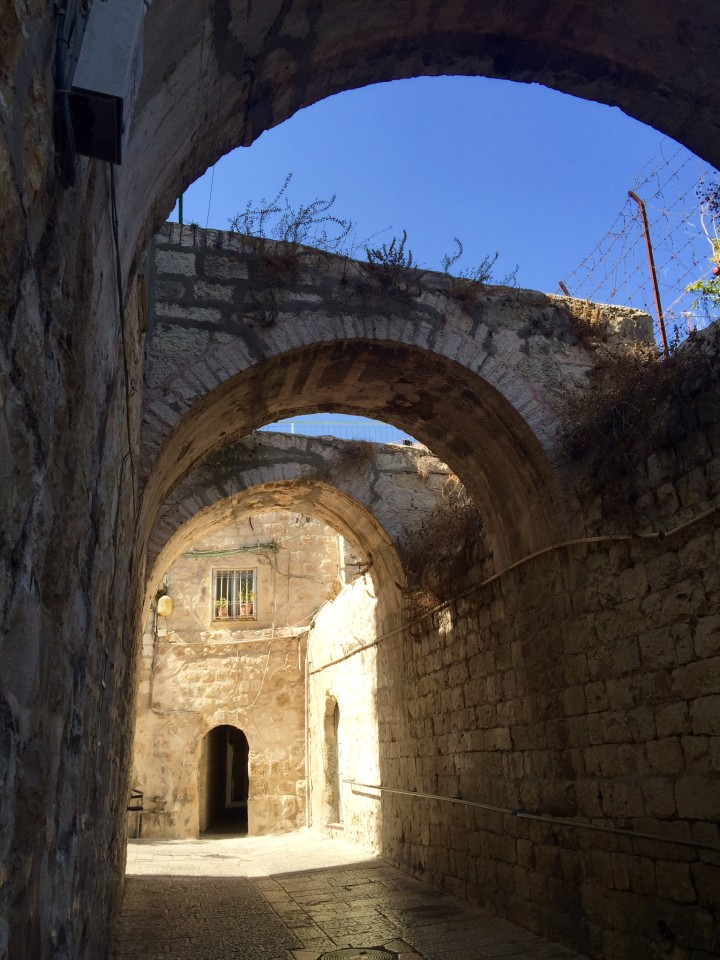 Read More about Travel in the Middle East:

A Journey to Petra, The Rose City

Unique Things to do in Qatar – Doha City Tours

Disclosure: My trip to Jerusalem Israel was sponsored by the Israel Tourism Board.

Your pictures are amazing! Israel is on my bucket list!

Thank you! You would love Israel!! Move it high up on the list!