Ojai is the epitome of what Californians wish their state was like. Nestled just east of Santa Barbara and northwest of Los Angeles, Ojai is a hippie-friendly paradise. The city is known for its focus on ecological stability, organic food production, and resistance against big business. All of this has contributed to making Ojai a resilient little city in California that refuses to be boring.

The townsfolk are also on the same page in their mission to preserve Ojai. This is evident as chain stores (minus a few gas stations) are outlawed by Ojai city code. This helps keep the town unique by allowing for small businesses to flourish without the possibility of being bought out. Ojai has done its part to allow for the strange and exciting to find a home in this Southern California city where local festivals and markets have become the norm. With so much to see and experience in Ojai, here I have put together my personal list of the most fun things to do in Ojai, California. 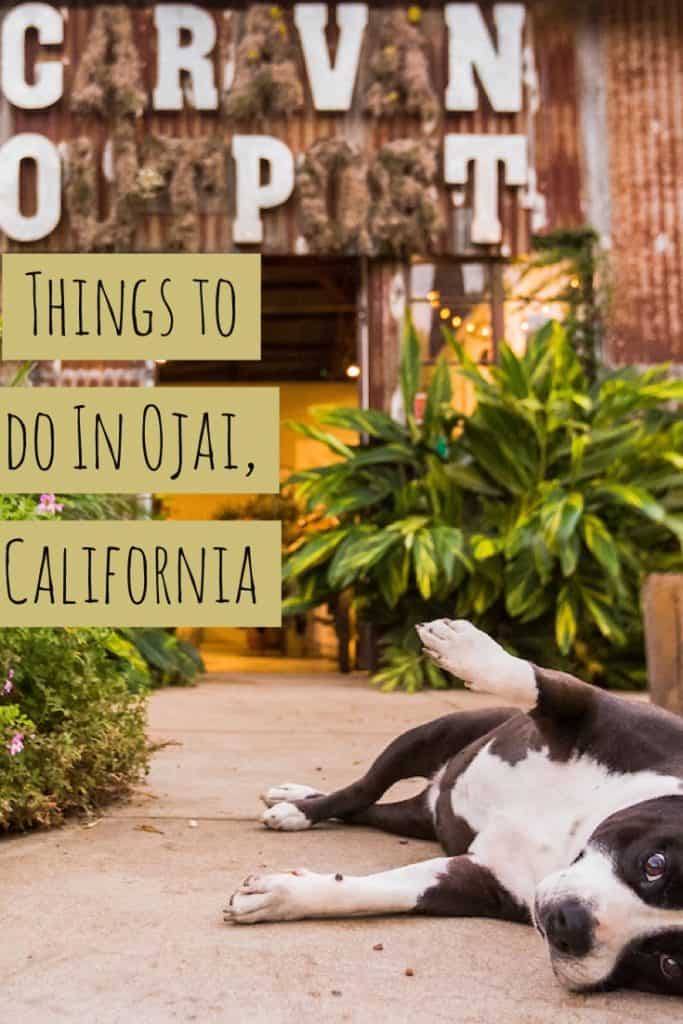 And honestly, I would not have even had the chance to visit and hear of Ojai if it wasn’t for GMC Denali who has sponsored this trip. They flew me out for a Dog and Denali event at Caravan Outpost. It was a fun-filled few days of dog-friendly fun, food, and beach to educate me on the latest offerings of their Denali styles. Being a dog owner myself, the first thing I learned was how dog-friendly this automobile manufacturer is with its leash attachments in the back seat as well as its rear seat reminder that tells you when you have let your dog into the back seat. You will never forget your dog (or your kid!) when you drop your car off at the valet! 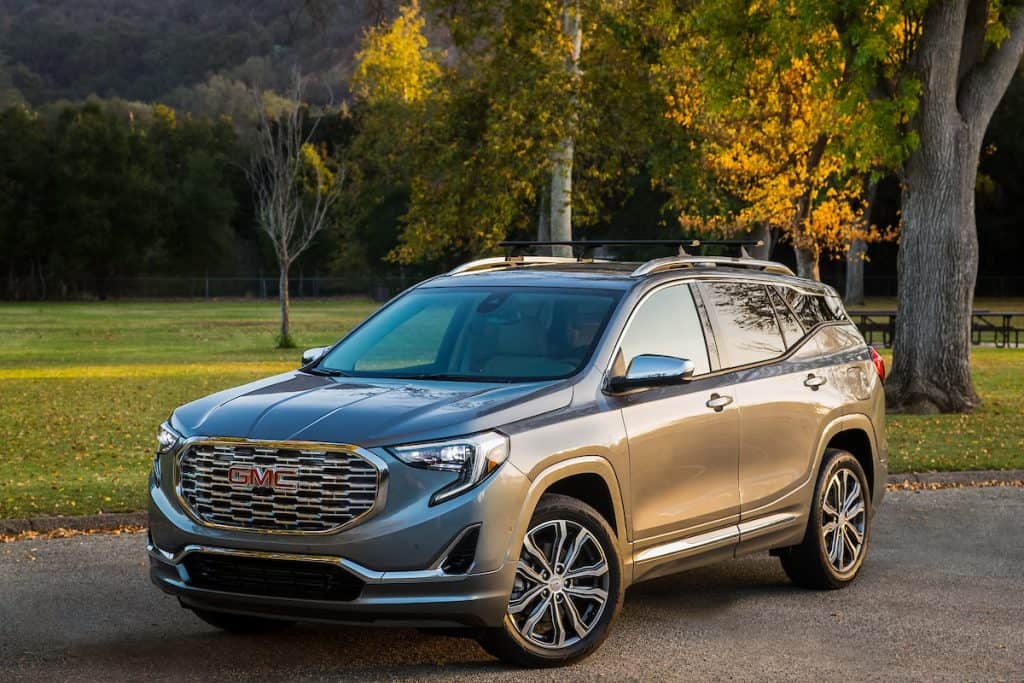 When GMC asked me what I write about I told them soft adventure, culture, and smart luxury travel experiences. They replied, “That is exactly what we are about!” They fulfilled all three as I was able to do soft adventure (dog yoga and a day at the beach), plus culture (Airstream and Ojai California culture), as well as smart luxury (the Denali vehicle itself). 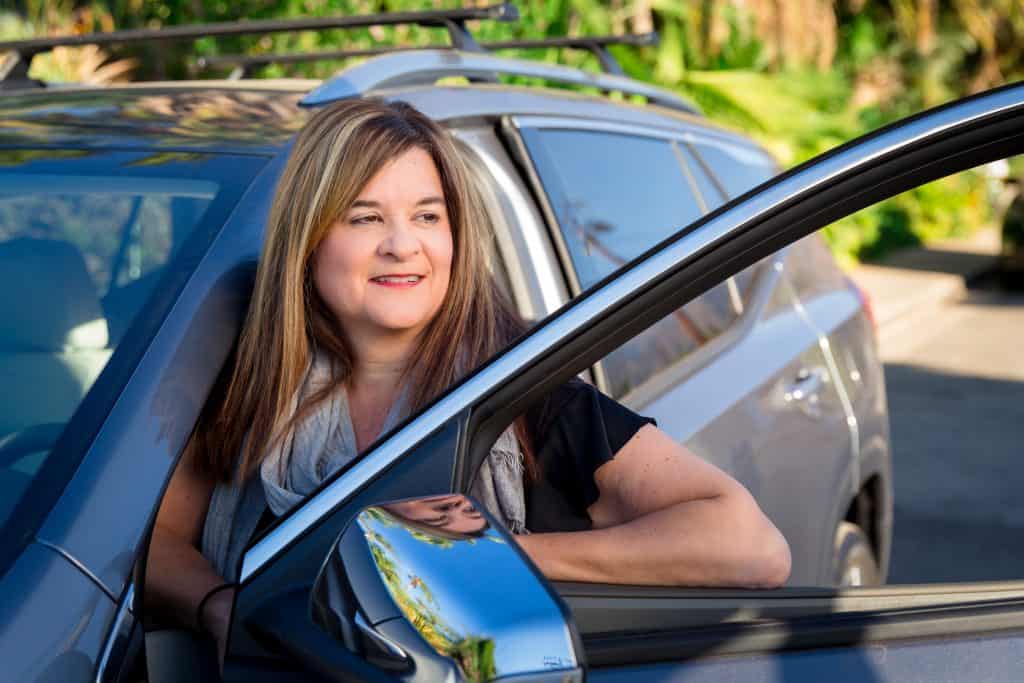 So without further adieu, I leave you with fun things to do in Ojai, California:

#1. Enjoy a visit to Caravan Outpost 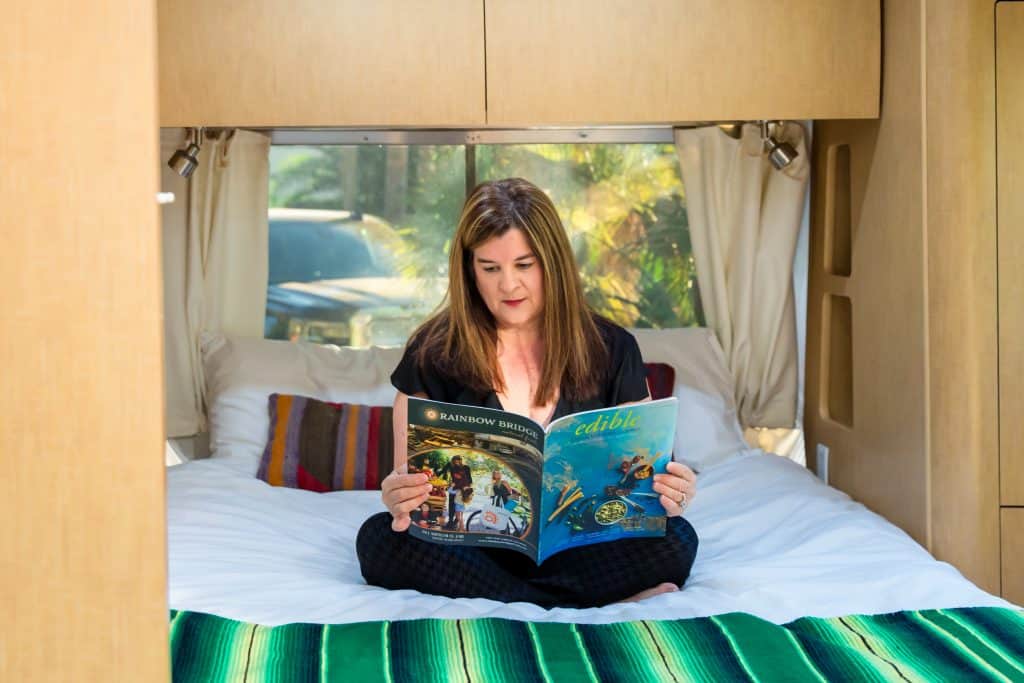 Caravan Outpost is one of Ojai’s many boutique hotels but with a twist! What once was just a bunch of single airstream mobile homes is now a quirky series of hotel caravans hidden amongst the palm trees. Located in a delightful garden-in-the-city setting in downtown Ojai, each airstream is its own little safe haven after you exhaust yourself trying to do everything there is to do in the city. In addition to having a centrally-located fire pit and being dog-friendly, the Caravan Outpost hosts hiking and relaxation trips to destinations in and around the Ojai Valley. This could also be a great experience for family get-togethers or weddings, as you can rent out the entire place and have it catered by the likes of White Sage Catering or Full of Life Flatbread (which I might add are both excellent caterers near the area). 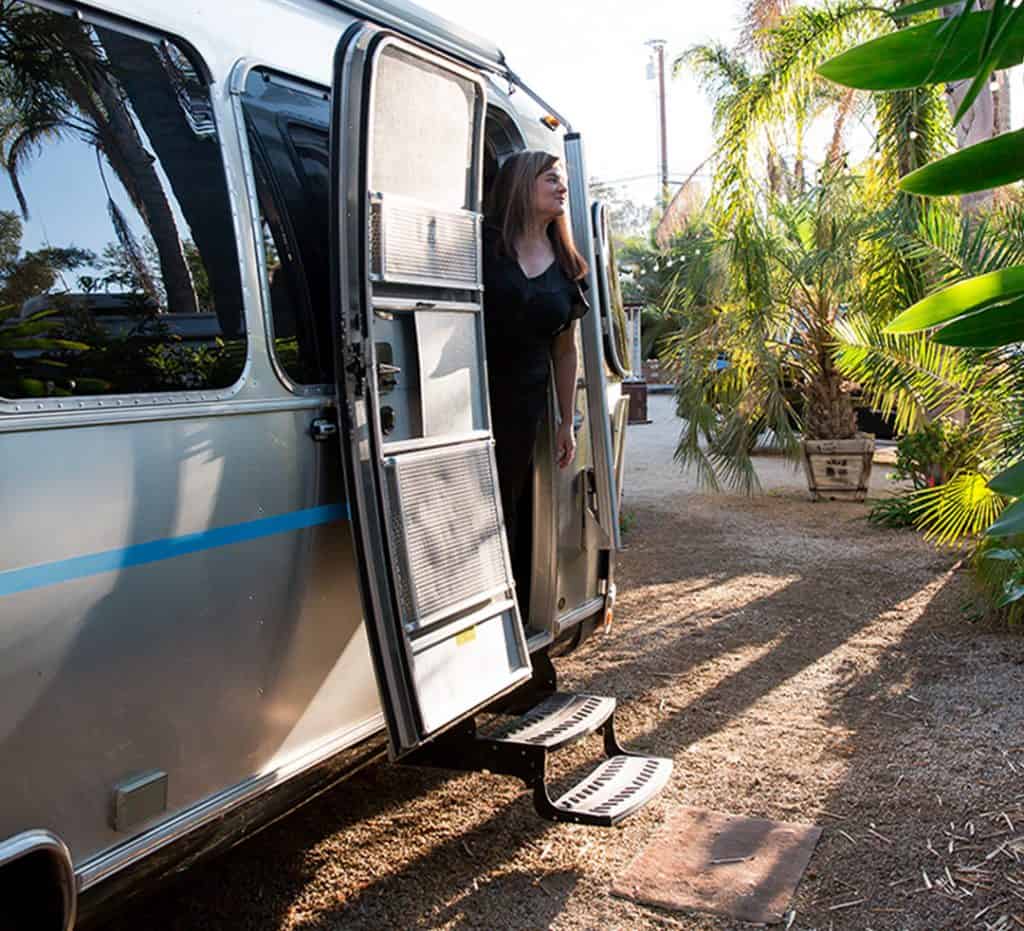 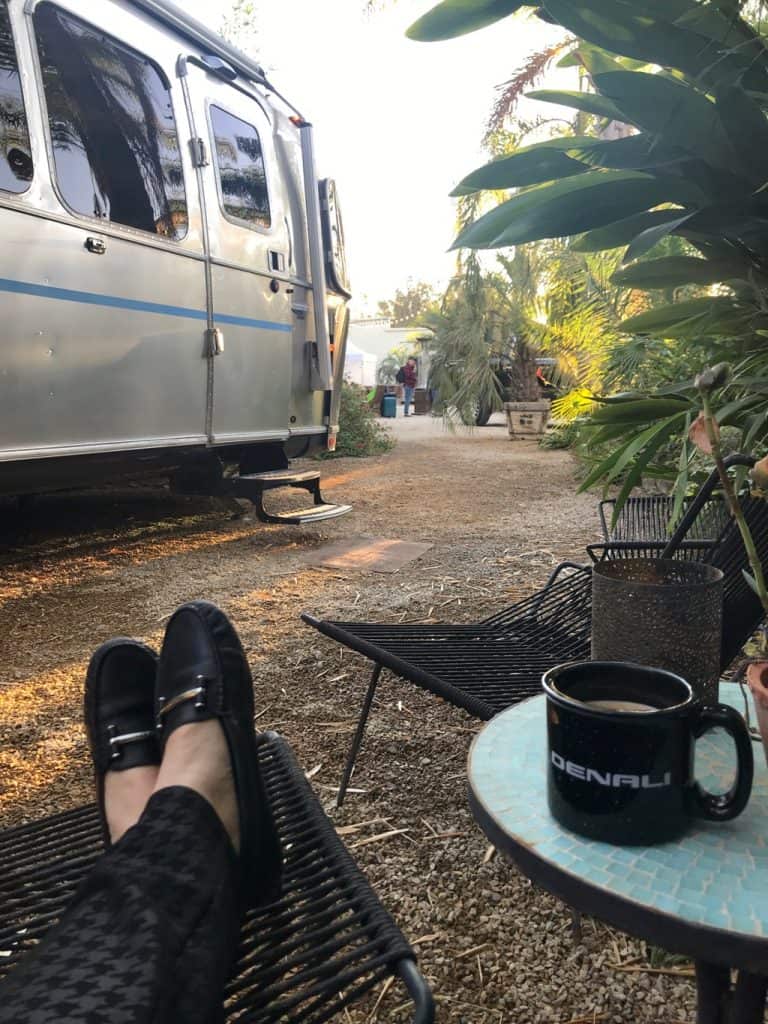 #2. Take time to see the outdoors around Ojai

The bustling city of Ojai borders the Los Padres National Forest to the north. This area serves as the main nature retreat for the city with hiking and other recreational activities on offer. Within the national forest, you can visit the Lake Casitas Recreation Area with designated camping and picnicking areas as well as hiking trails. Lake Casitas is also home to the Ojai Wine Festival held every August. Another natural highlight of Ojai is Matilija Creek where you can go enjoy waterfalls and soak in the nearby hot springs.

#3.  Check out the food scene in Ojai 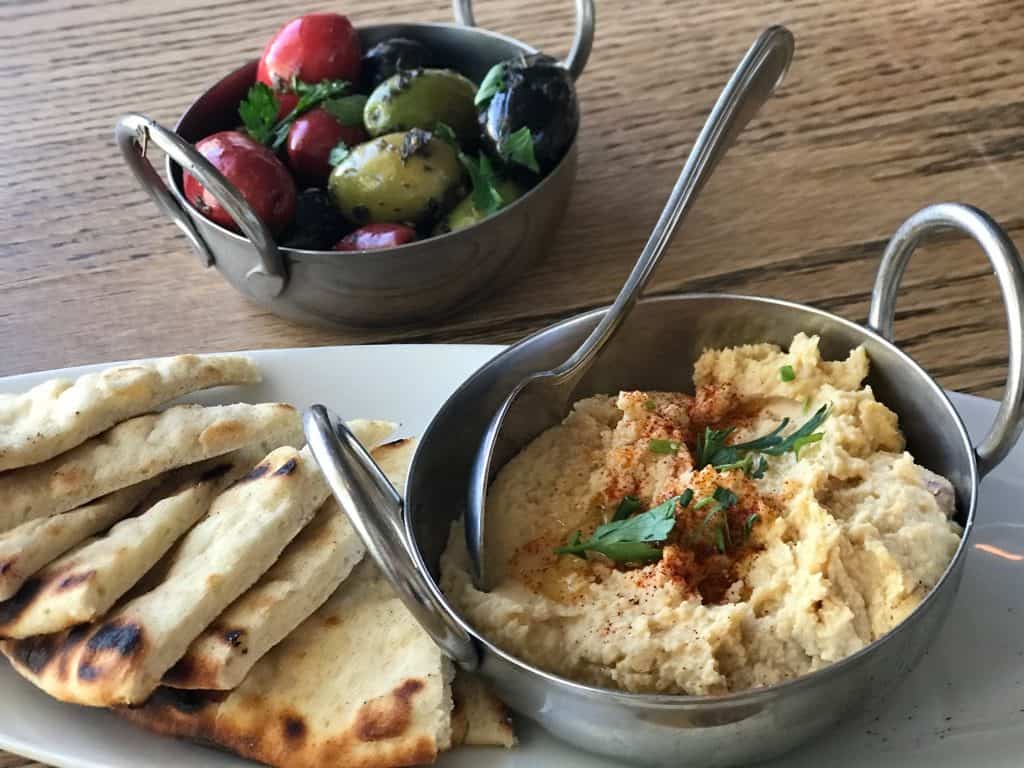 The food scene here is next to none and the restaurants in Ojai make many tourists long for their flavor as soon as they return home. A foodie’s paradise, Ojai is home to a number of farmer’s markets and local organic agriculture businesses. These, in turn, create a food culture that is unrivaled in the state of California. One highlight is Beacon Coffee in downtown Ojai. The owners, Jennifer and John Wheir, are passionate about every detail of the ingredients that go into their coffee and munchies. I absolutely adored their coffee cake.

Another great addition to the foodie tour of Ojai is Tipple and Ramble. The bar, cafe and home goods shop has a wide range of drinks that pair well with the cheeses and bread on offer. The spacious outdoor area has many places to sit (or hang if hammocks are your thing!) My third and final addition to the must-see restaurants of Ojai is just down the street from T&R. The AZU Restaurant & Ojai Valley Brewery prepares different dishes throughout the day and award-winning beers to match. Their Grasslands Lemongrass Ale won first place at the California State Fair Beer Competition this past July and I could taste why once I arrived. There I also tried massively large olives in different stages of their life in olive oil, hummus with pita bread alongside pork ribs off the bone. 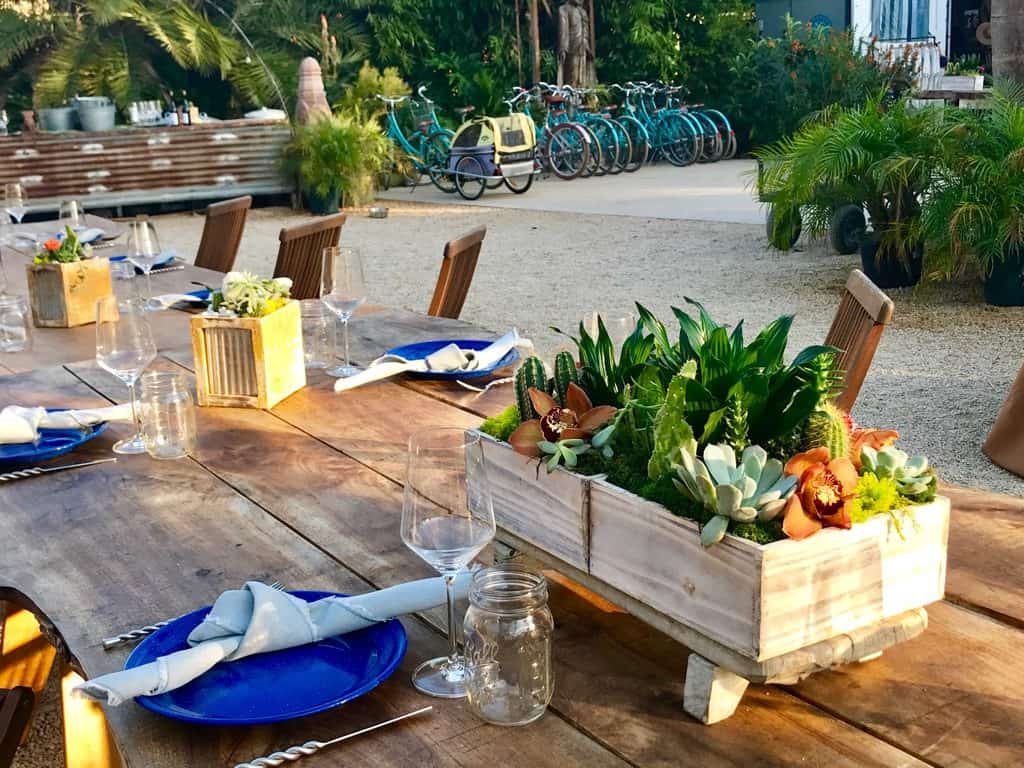 Every June since 1947, Ojai has been home to a classical music festival that takes place over the course of four days. Attendees have the chance to listen to and learn about classical music, symposia, and music education programs from experts in the industry. The festival also focuses on giving people the opportunity to discover or rediscover classical pieces. The Ojai Music Festival takes place at Libbey Bowl which is in the heart of downtown. 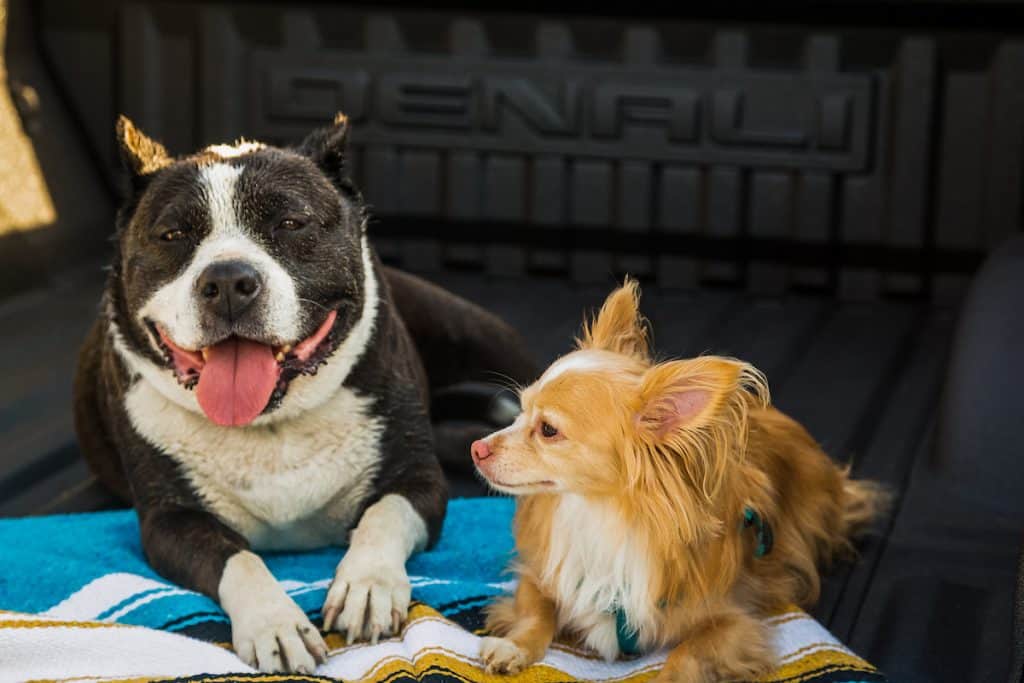 If you are anything like my family, you probably could have trained your dog a little better. The headaches brought upon by wily pets can all be done away with when you visit the dog whisperer herself, Samantha Johnson. This woman, Samantha Johnson, is an expert on dog psychology and behavior and can turn any major issue into a thing of the past. I wholly recommend Samantha if you are in need of some advice as a dog owner. 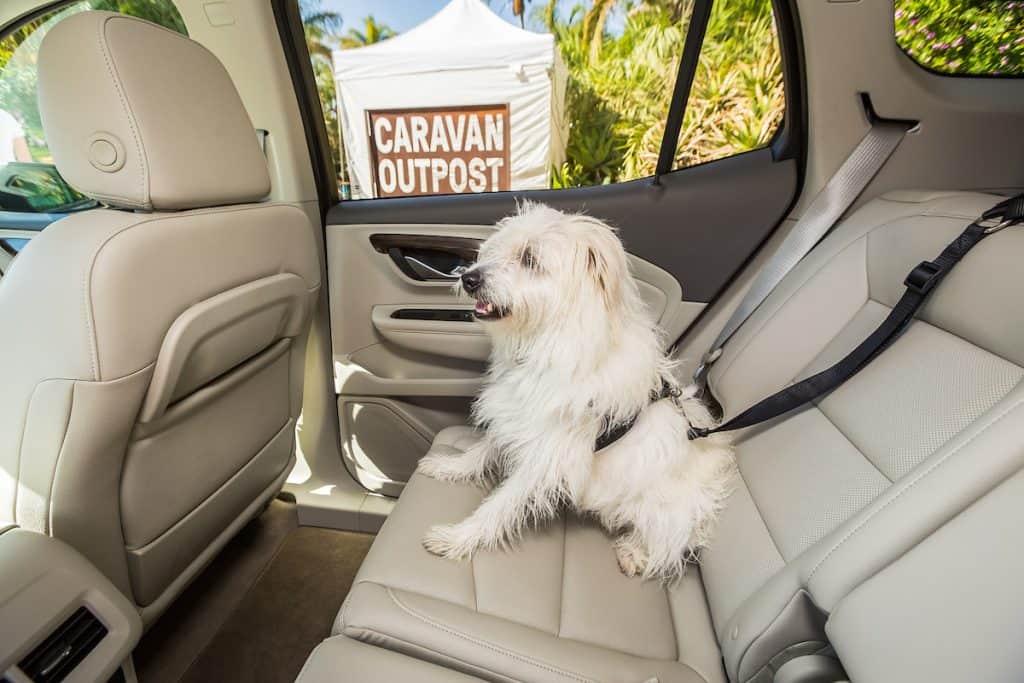 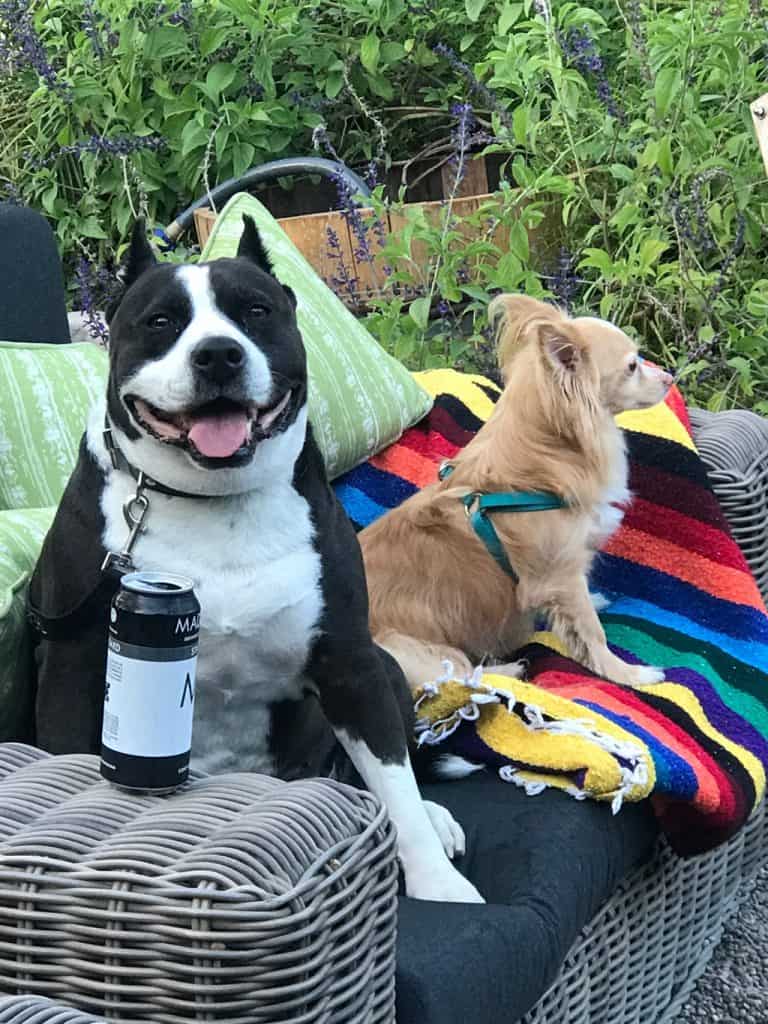 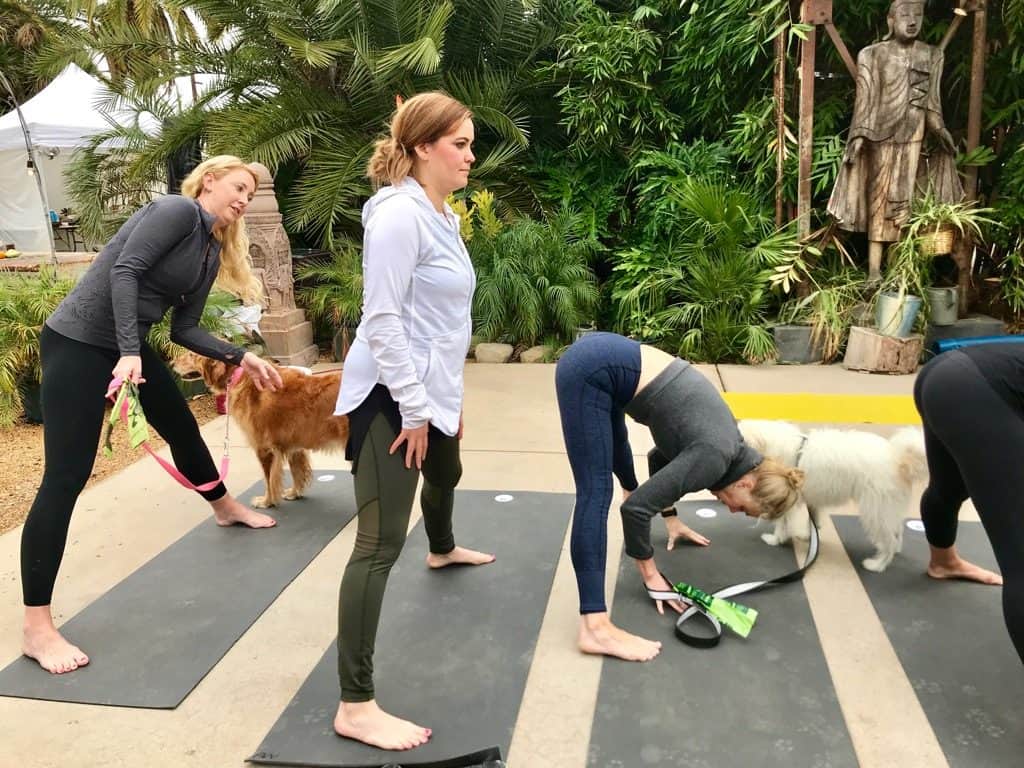 While there is plenty of dog-friendly restaurants and places to visit in Ojai California, one thing I did that was SO MUCH FUN was dog yoga! I had a chance to do a regular yoga class, but the twist was with doggies!  They are so much fun and really did get into it! A special thanks to our instructor Ellen Bain of Peak Power Yoga & Wellness, who came with her own 13-week old French bulldog puppy who was a cutie! 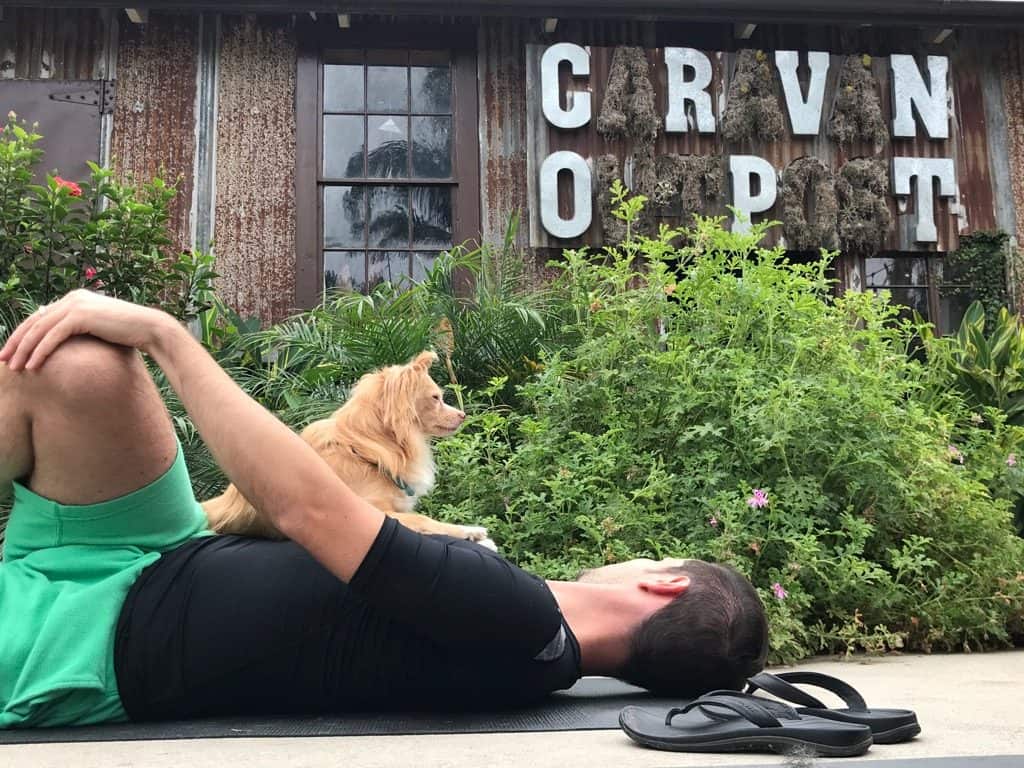 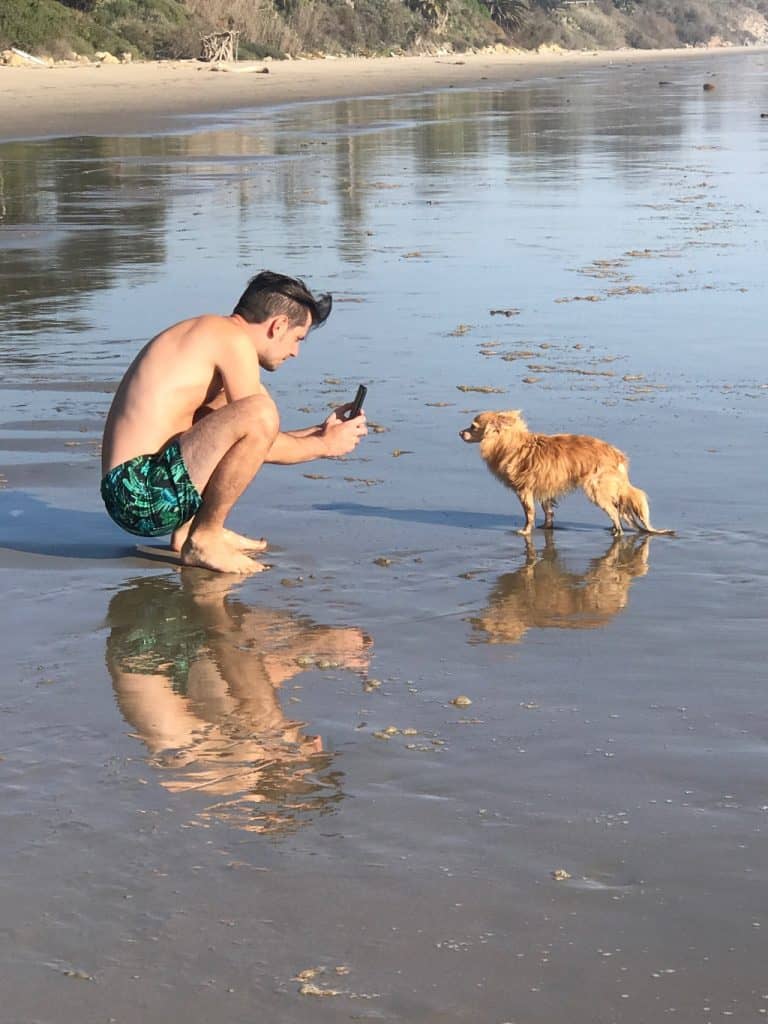 It may not exactly be called “Dog Beach”(nor exactly in Ojai!), but since you have your doggie with you, you might as well take him to a beach that is dog-friendly, known as Summerland Beach at Lookout Park. That is what I did while I was in Ojai. You can’t go wrong with this gorgeous beach and the day I visited, there was barely anyone there but my group and our dogs. They have plenty of room to roam around and when you are done… they even have a pay dog wash. 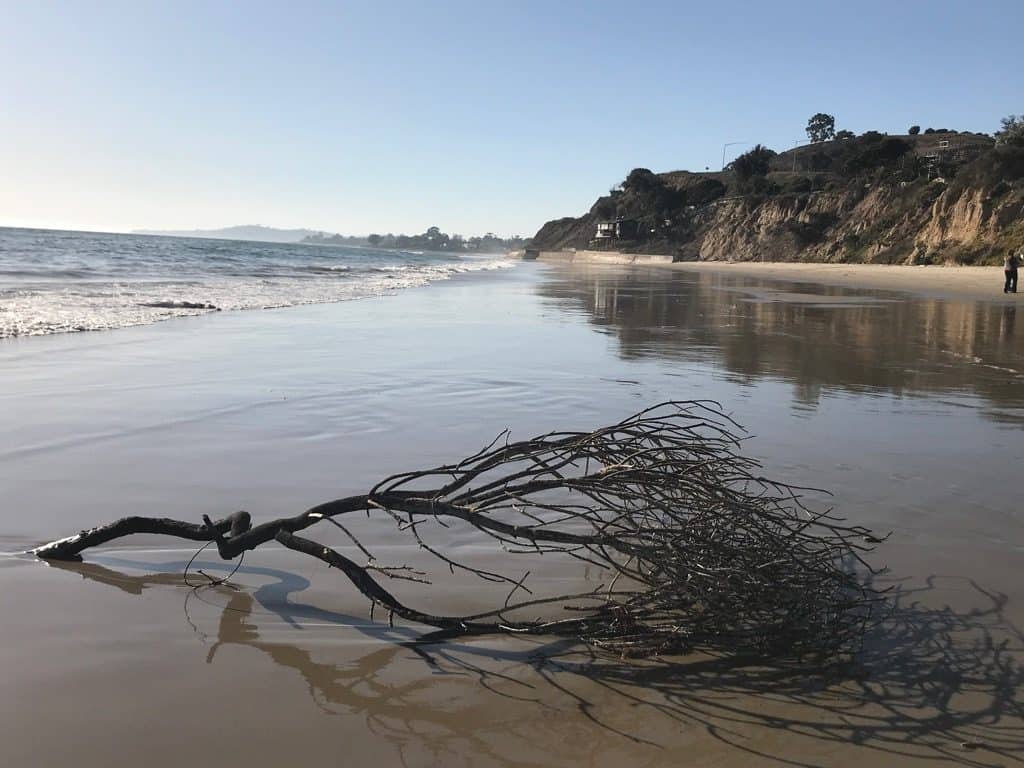 This bookstore, which has often been featured in documentaries and news programs, has been open since 1964. What makes Bart’s Books so newsworthy is that it is mostly outdoors and offers patrons of the store the chance to pay what they think is a fair price. You can grab books after-hours and pay for them by putting coins in the slot of the front door. A truly unique experience is to be had at this Ojai bookstore where trust and the goodwill of others are put to the test.

Fun things to do in Ojai: Conclusion

Obviously, Ojai has a wide range of activities to partake in. Each more memorable than the last. Here I have listed only a few of the many things that make Ojai a tourist destination. Spiritual retreats, outdoor recreation activities, and unique local shops not mentioned here are still worth exploring as I highly recommend not leaving any stone unturned when in the Ojai Valley. And with boutique hotels aplenty, you will have many options on where to call home base when visiting this “Shangri-La” of sorts. A “Shangri-La” where ecology-friendly art and agriculture are championed over making a quick buck. 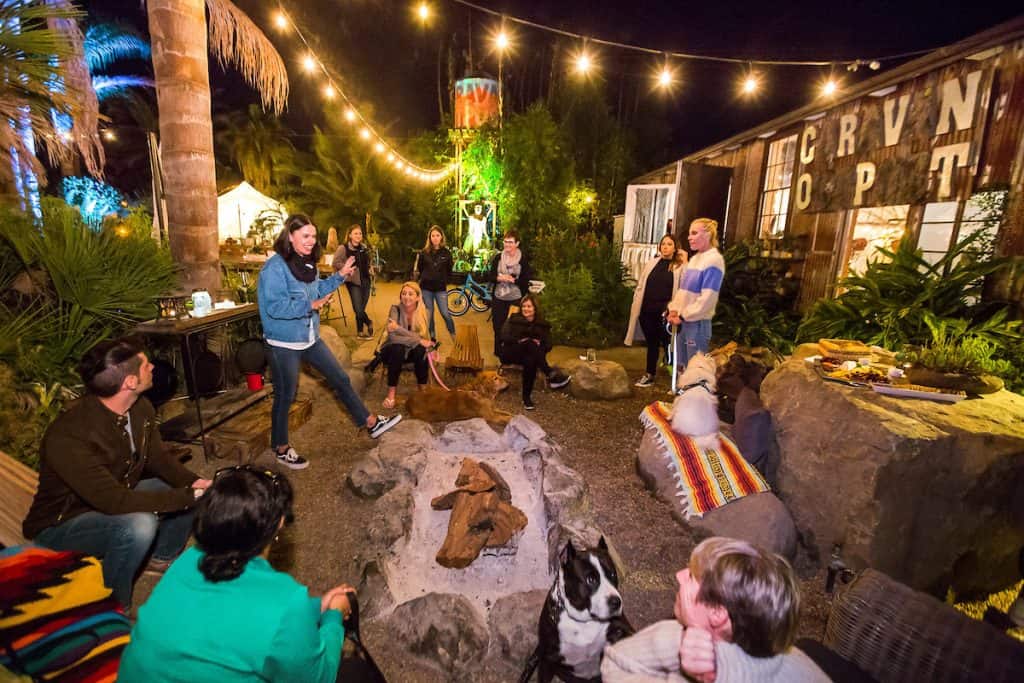 Disclosure: As is common in the travel industry, I was provided with accommodations, meals and other compensation for the purposes of review by GMC and its PR agency. While it has not influenced my review, PointsandTravel.com believes in full disclosure of all potential conflicts of interest. All Photos were taken by the author/or were given permission from the photographer. Affiliate links may be located in this article.

I read your blog and appreciate you. And thanks for giving the great info.

I've never been to Ojai but have always wanted to go since watching Brothers and Sisters! This post makes it look really cool - it's definitely on my list! :)

It is a super cool town!