Nestled into the Northwest corner of the Fijian archipelago, as part of the Mamanuca Islands, is Castaway Island – known to the locals as Qualito Island. Contrary to popular belief it’s not where the Tom Hanks movie Castaway was filmed, but it is pretty close. The movie was actually filmed in neighboring Modriki Island. We spent a couple of nights at the Castaway Island Resort and got a chance to enjoy some of the best Fiji has to offer both able and beneath the waves.

We had the time of our lives, diving off the boat from our little Castaway Island out in the middle of nowhere in Fiji!  Each day we would drag ourselves out of bed early to catch the morning boat to go diving. 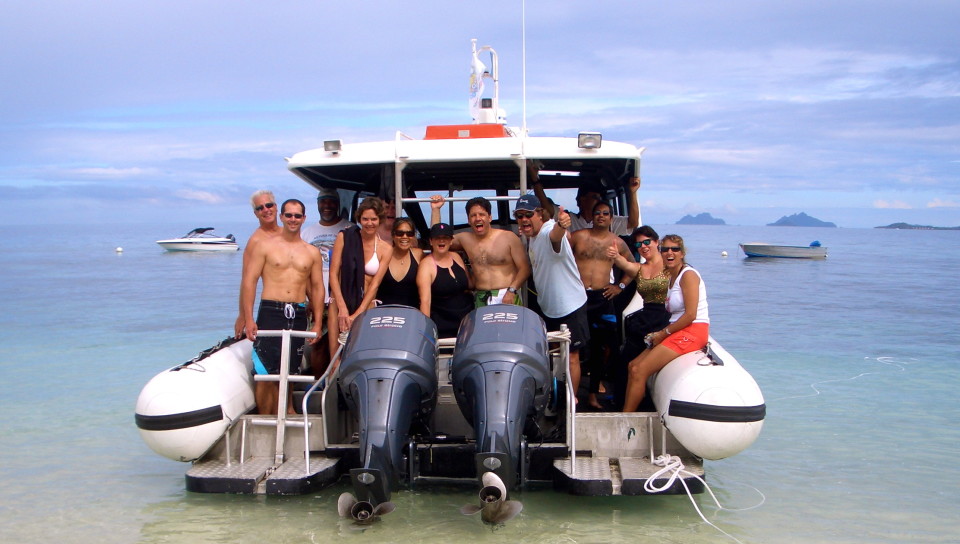 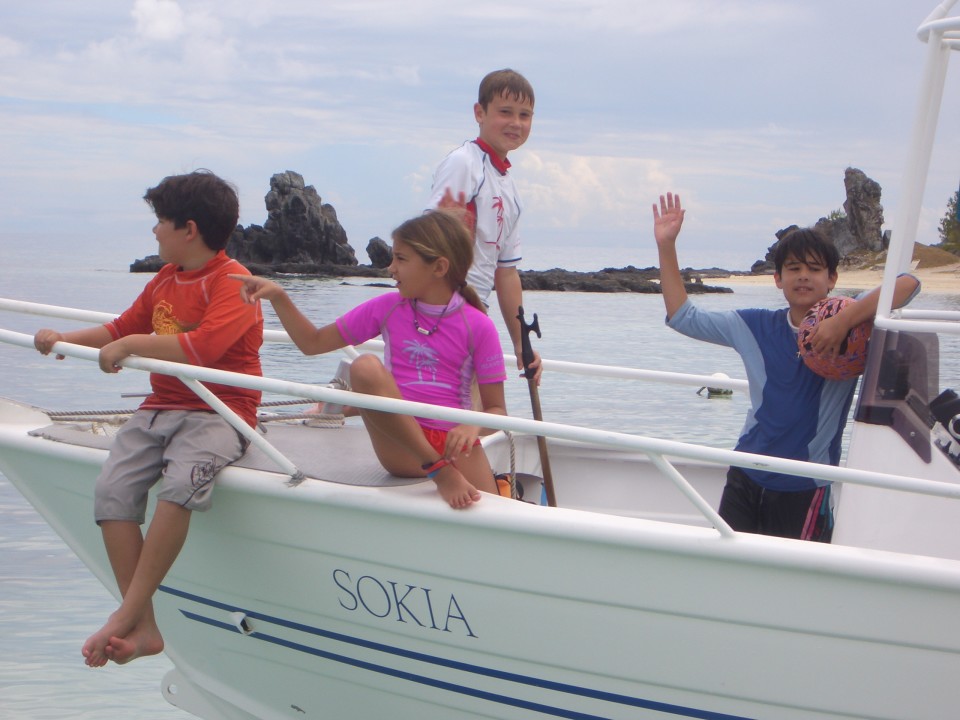 And the kids would do the same.  Adults on one boat and kids on the other.  Perfect! 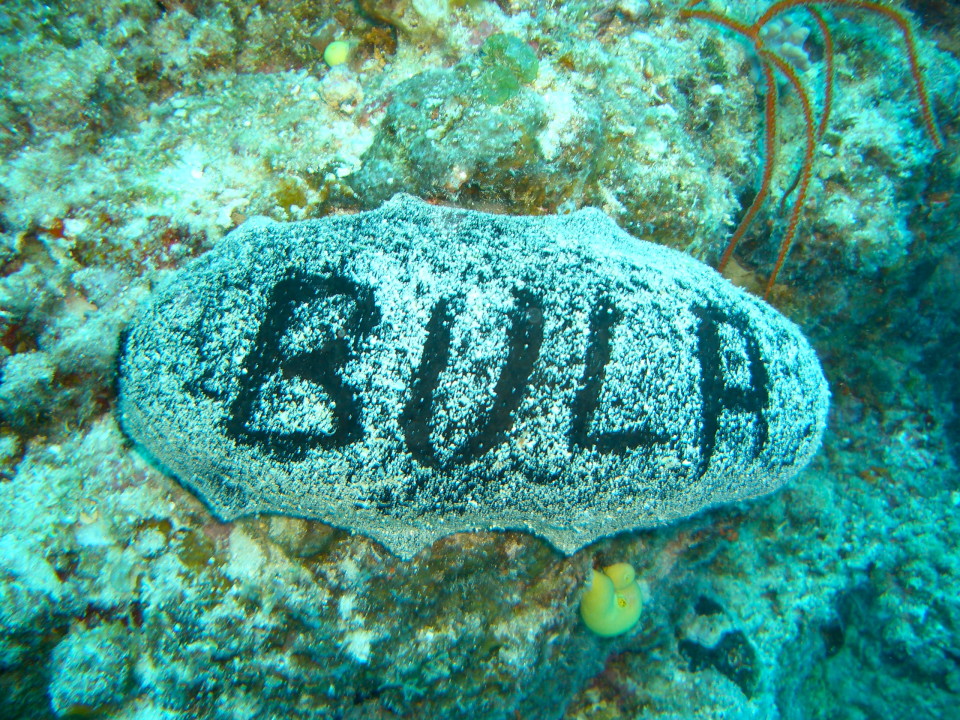 Under the Sea, Castaway Island

It remains today as one of my favorite things to do while on vacation:  scuba dive.  While diving in Fiji we discovered a whole other beautiful world. 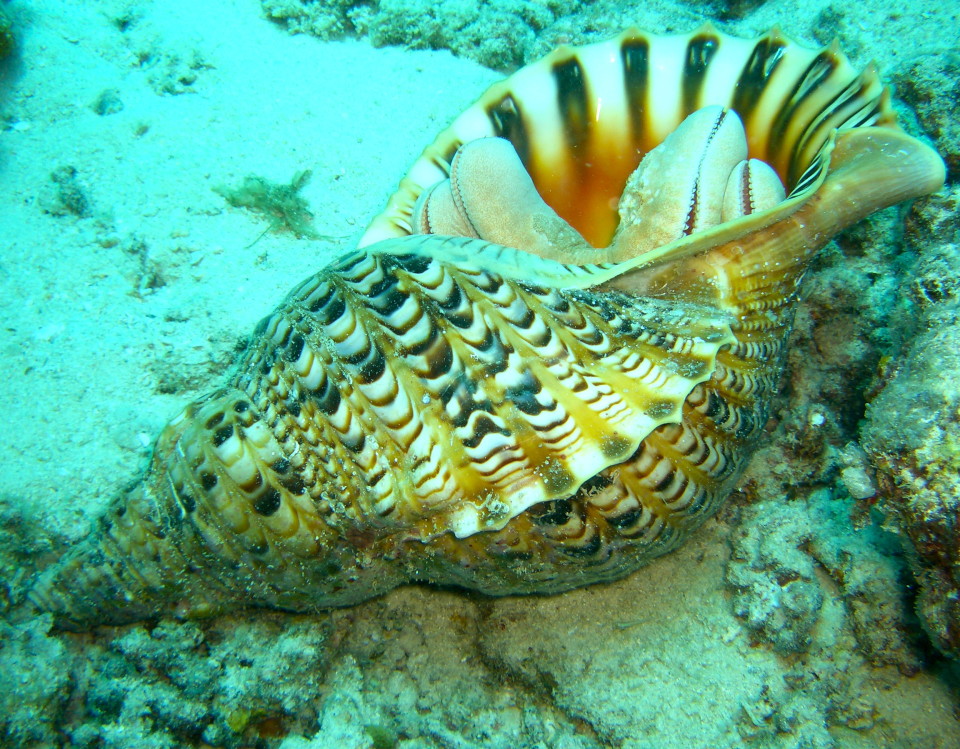 Under the Sea, Castaway Island 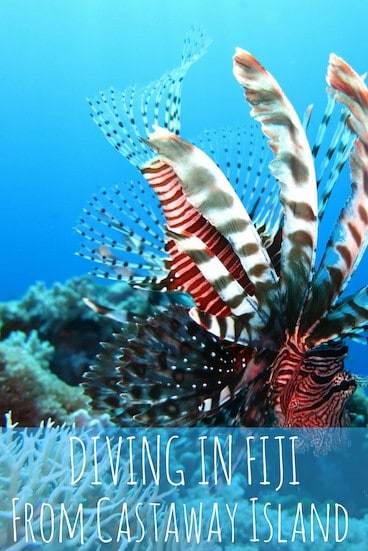 All About Castaway Island

Castaway Island, is an island of the Mamanuca Group of islands in Fiji.  It has 174 acres that are covered in tropical rainforests, white-sand beaches, vibrant coral reefs, and azure blue waters.

Getting to Castaway Island

Flying into Nadi Airport in Viti Levu, Fiji, we flew  Air Pacific’s 747-400 with its double-decker seats! We started at LAX and met a group of other travelers that were going with the same group we were. The kids loved the double-decker seats and it made it fun for the whole group to get to know each other since we were all seated together upstairs. 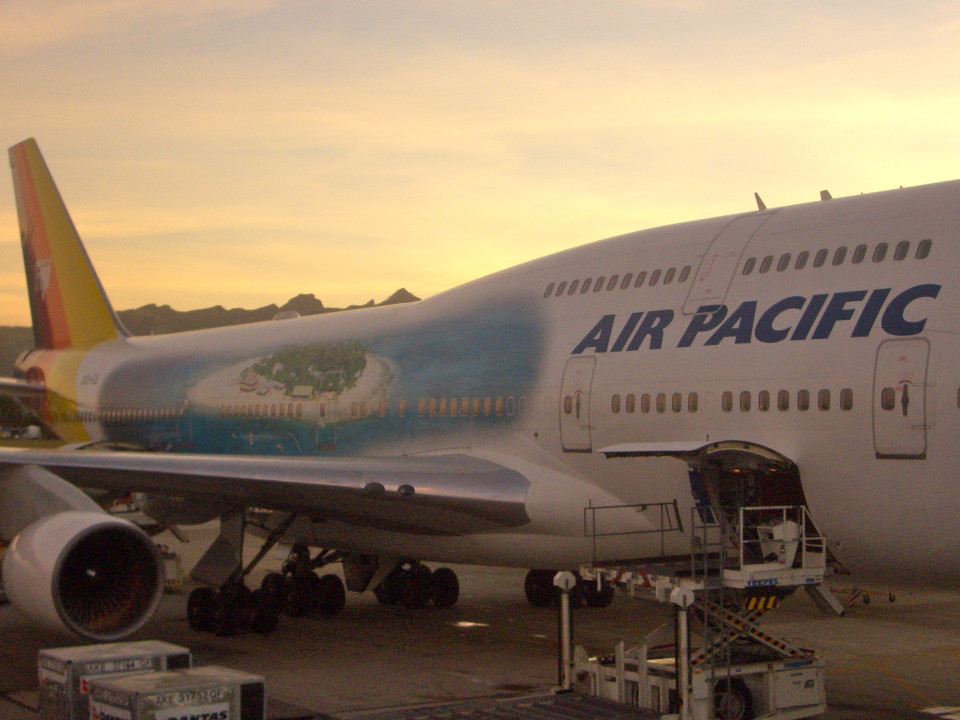 From there, we had a representative from Castaway Island Resort meet us and get us transported to the next leg of our trip, a one and half hour ferry boat ride to the island, which had stops along the way.  There was a seaplane that could take you in 12 minutes, but $$$$$ was the price tag. By the time we got there, we were semi seasick and exhausted, but ready to begin our week-long trip to Castaway Island Resort with the group Kids Sea Camp. As the ferry boat gets closer to shore, we see these two guys riding in their smaller, faster boat coming out to greet us: 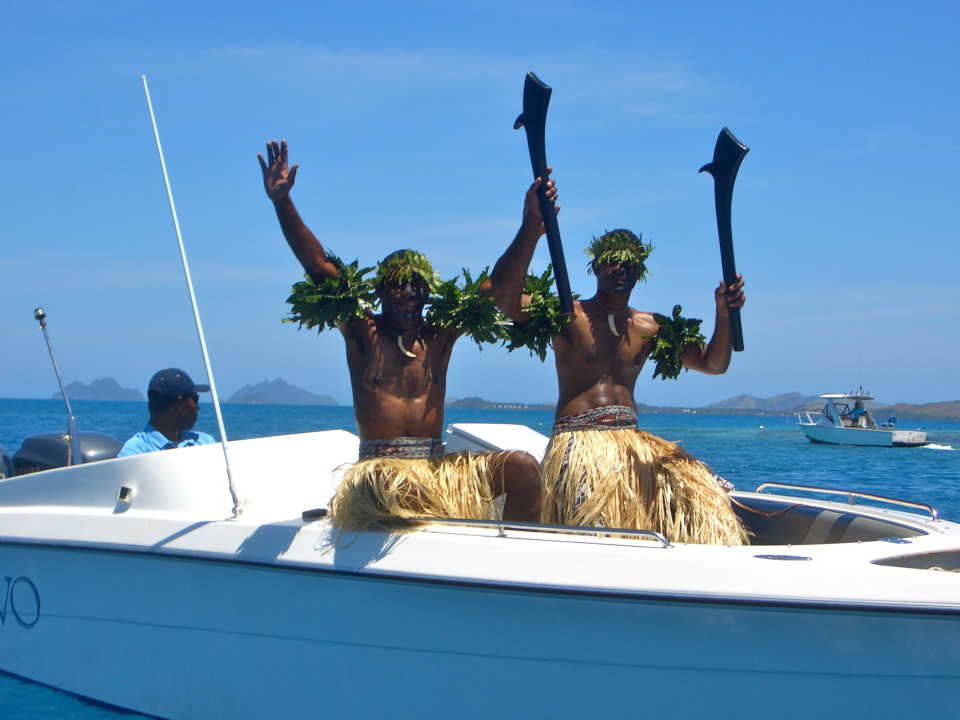 They put on a show as we are ushered off the boat and onto dry land.  Greeted with tropical drinks, suddenly we hear the women of the island, all dressed in their native dress, sing, and dance for us as they, one by one, check-in each guest and lead us to our bure. Bure is the  Fijian word for a wood-and-straw hut or cabin. Especially in the Fijian tourism industry, the term “bure” is often synonymous with the word bungalow, and ours was extremely luxurious! 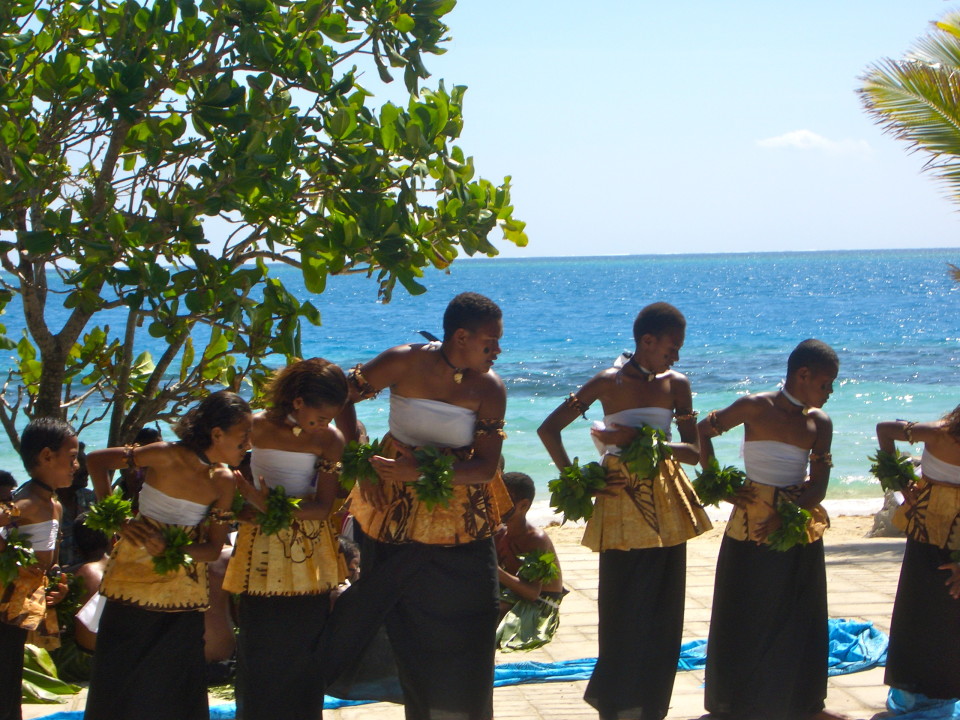 The guys in the boats coming out to greet us and the women with their songs and dance may sound touristy, but I thought it was charming and very well done. We soon got set up in our fabulous one-bedroom, beachfront bure and were ready for some sea, diving and sun. 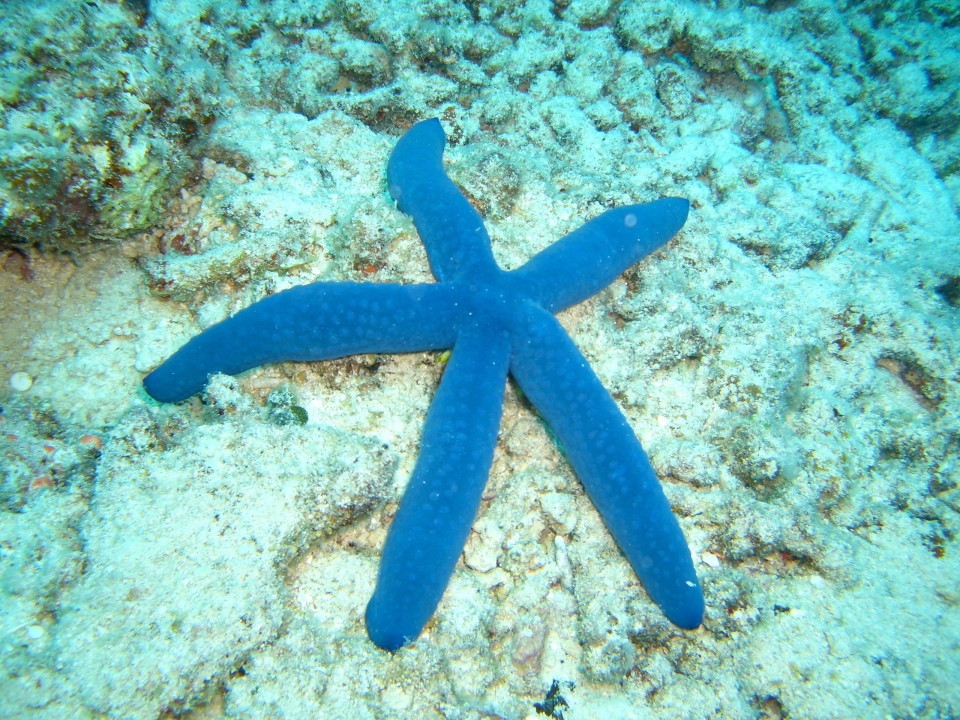 Within minutes, I noticed these fascinating blue creatures that dotted the shore.  I went in for a closer look, and realized that they were the most sapphire blue starfish that I had ever seen and they were everywhere!

Starfish are even drawn into the logo of Castaway Island Resort by my favorite underwater artist and friend, Ron Stevens, also known as Rogest.  He is a master diver and was also honored in the scuba diving Hall of Fame.  In fact, while we were on the island, he presented Castaway Island Resort with this colorful and rich painting he had painted for them, seen below. 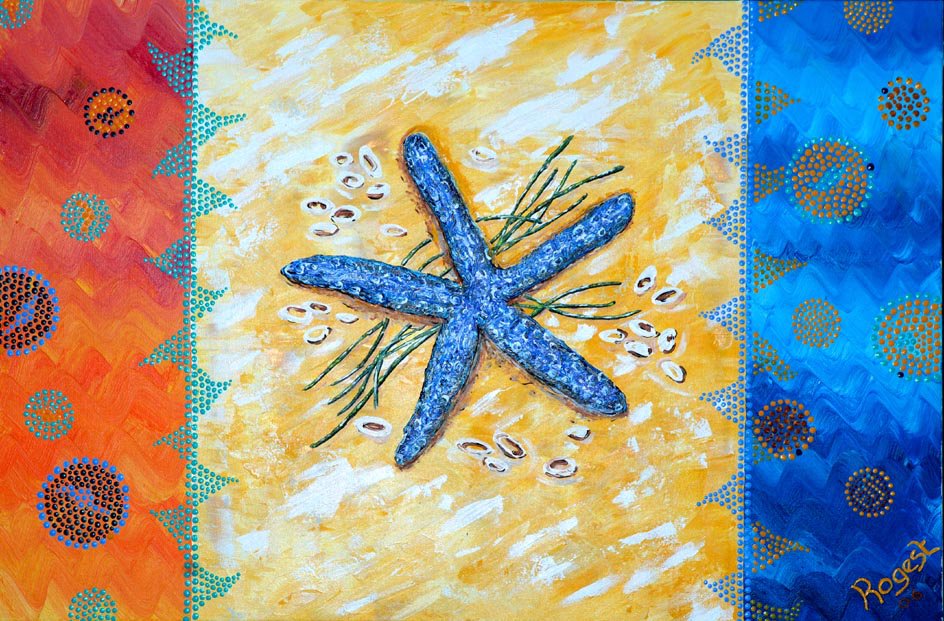 Painting by Ron Stevens, this blue starfish is their logo

I had been looking forward to seeing the island that Tom Hanks’ famed movie Castaway was filmed on, but to my surprise, this was not it. Qualito Island was named after Hanks’ island, as it was sure to draw attention after the making of this film. Apparently, the uninhabited island known as Mondriki Island was where it was filmed. We spent our final celebration afternoon on Mondriki, scouring the island, as the native staffers set us up for a lunch and goodbye party, in which all supplies were brought in by boat.

For you surfers out there, they offer daily boat rides out to cloud breaks, these radical surf spots out in the middle of the ocean, it is the most unusual thing to see. There are guys and gals out surfing in what seems like the middle of the ocean that has a surf break in it, it has got to be seen to be believed. 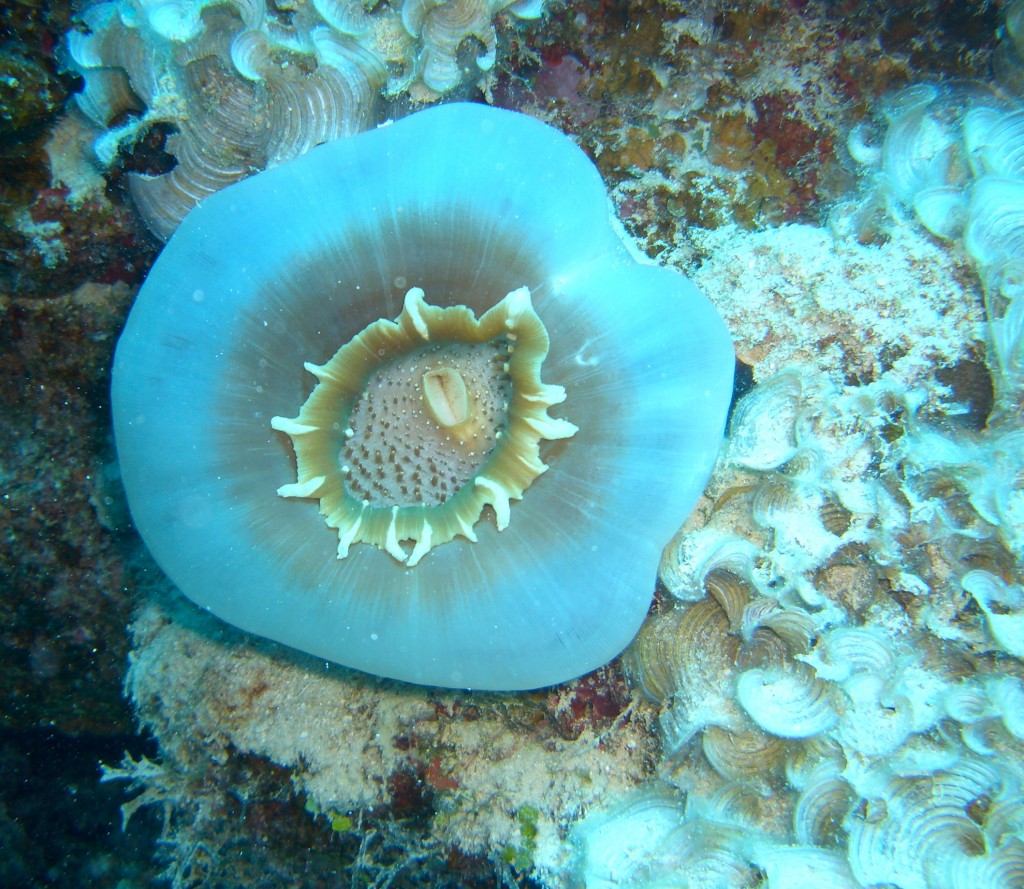 We are fans of scuba diving and were excited to get under the waves and see what Fiji had to offer. We went out on the dive boats daily to a number of different dive sites and saw a rainbow-like array of colorful corals, fish, and plants.

Castaway Island is situated just off the Malolo Barrier Reef, one of Fiji’s top dive locations. Dive sites include Gotham City (apparently so named after the batfish that live there!) and are easily reached by boat from Castaway Island. It’s a good area for beginner – novice scuba divers in Fiji but has something to offer everyone. It’s also possible to do some snorkeling in the Mall Barrier Reef.

Here are some underwater photographs I took while there: 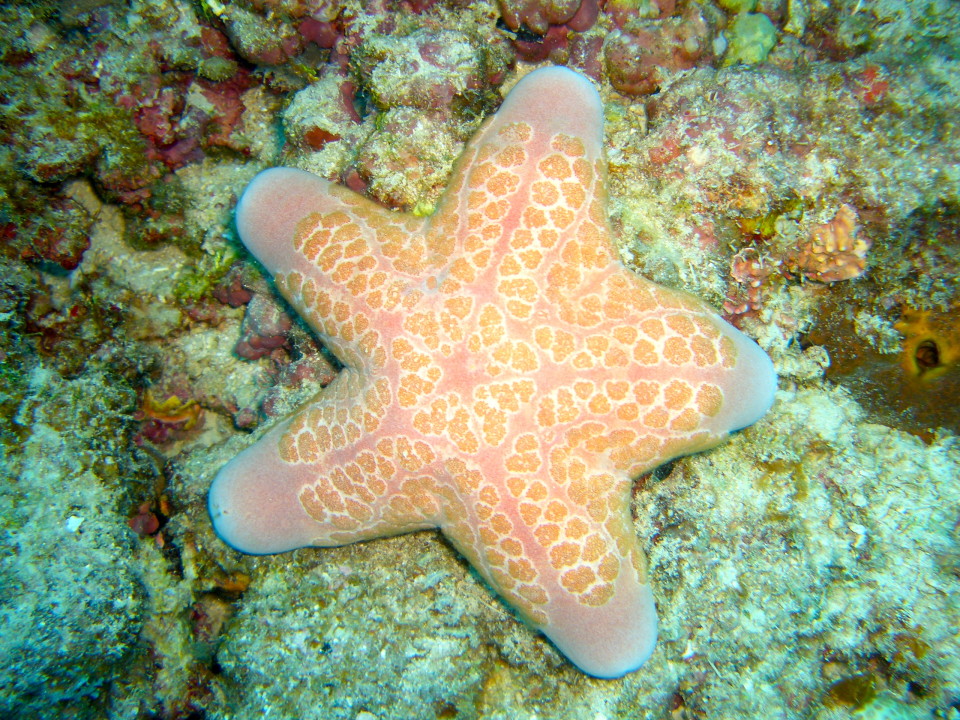 Fiji does not disappoint! 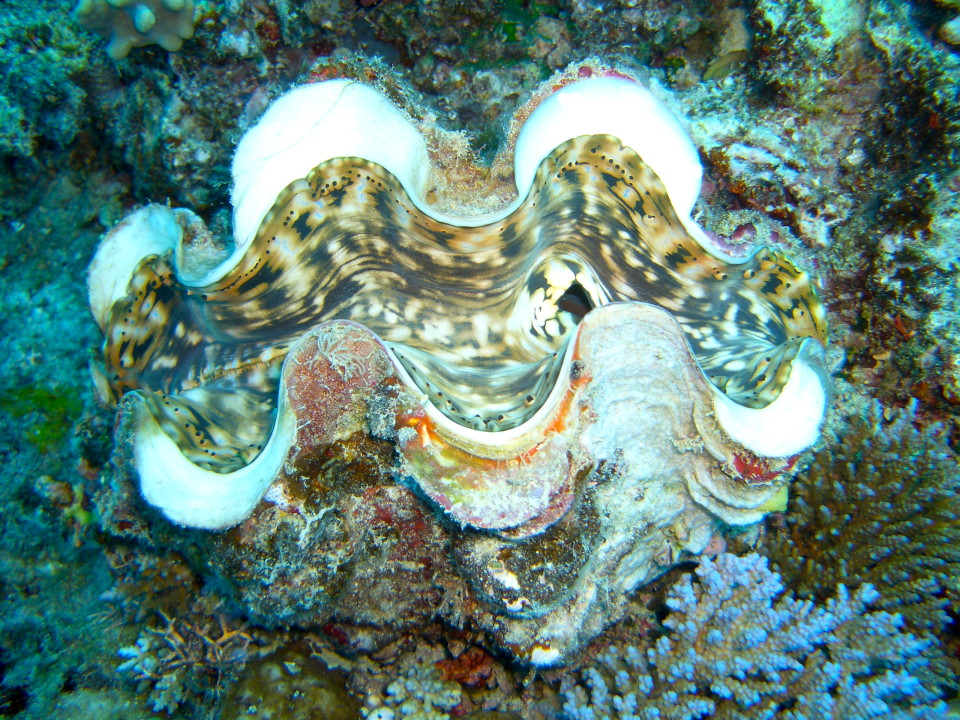 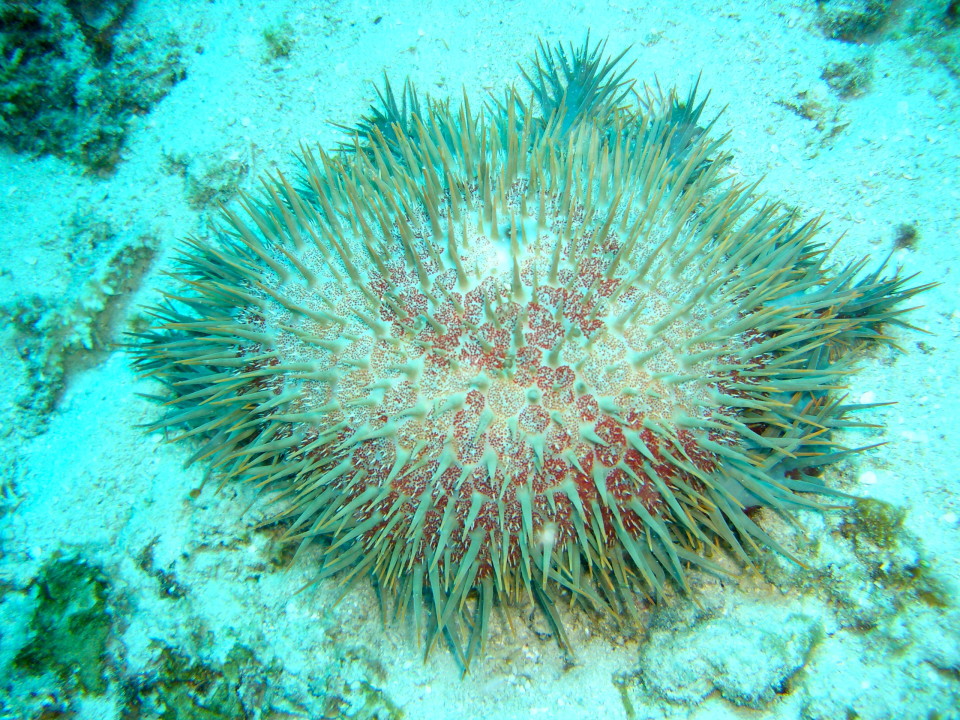 There are so many amazing creatures to see under the sea. 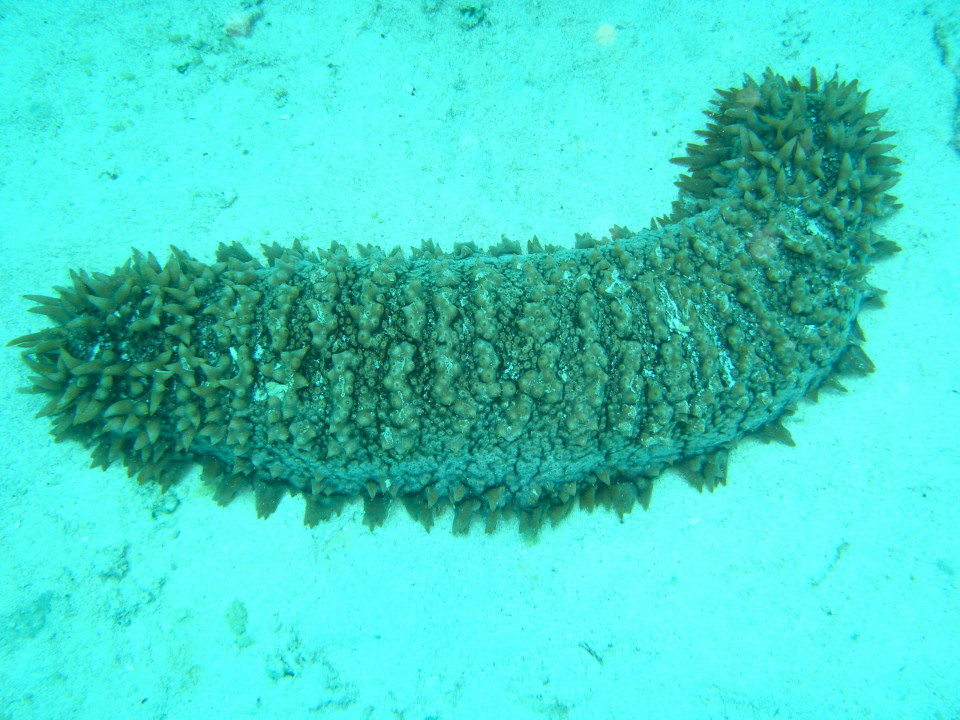 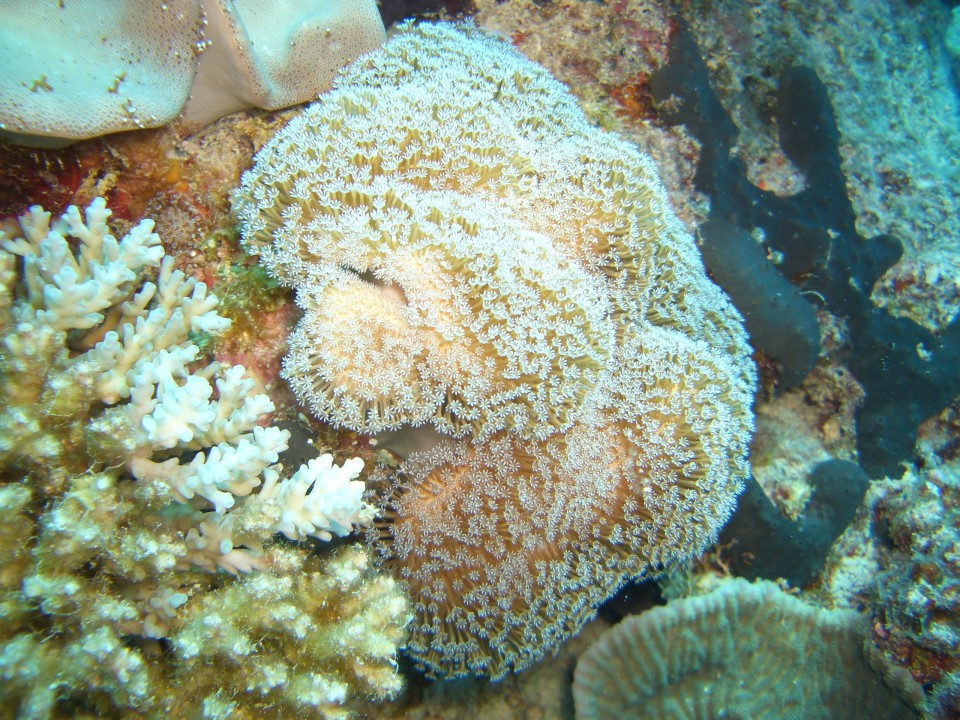 And so, if you ever get a tanker in’ (no dive tank pun intended) for some good old fashion diving and laying on a tropical beach, I would say Castaway Island Resort and Castaway Island is pretty hard to beat!

For other suggestions when traveling with your family and the kiddos, read Travel Babbo’s Best Age to Travel.

wow....im speechless...i am without speech. That sealife is amazing!!! will defly have to do this! can you see all that by snorkeling? I dont know how to scuba heheh

Most of photographs were taken while scuba diving, although you can see the blue starfish along the shore and in 6 feet of crystal clear water. I can teach you how to scuba if you want! Let's go diving!