Costa Rica is one of those countries that has it all, everything from beaches and volcanoes, to jungles and national parks rich wildlife. Places like the coastal area of Tamarindo are packed full of beach bars and tour guides ready to take you zip-lining and quad-biking. Meanwhile, tranquil towns like Puerto Viejo, on the border with Panama, are perfect for laying around on the beach and feasting on seafood. But, that’s not always why people come to Costa Rica.

People flock to Costa Rica from across the globe to admire its natural beauty and wildlife hotspots in the Costa Rica National Parks. Costa Rica is “wild” and has protected (by law) about 25% of its natural terrain through jungles and national parks. In total, the country has 27 national parks teeming with wildlife including spider monkeys, sloths, and quetzal birds. It is no secret that Costa Rica has an outstanding level of biodiversity for such a small country. Huge amounts of the nation are covered in rainforest, which forms the natural habitat for thousands of these birds and animals. Those who travel into the depths of the rainforest also have the chance to see jaguars, ocelots, monkeys, sloths, and crocodiles! 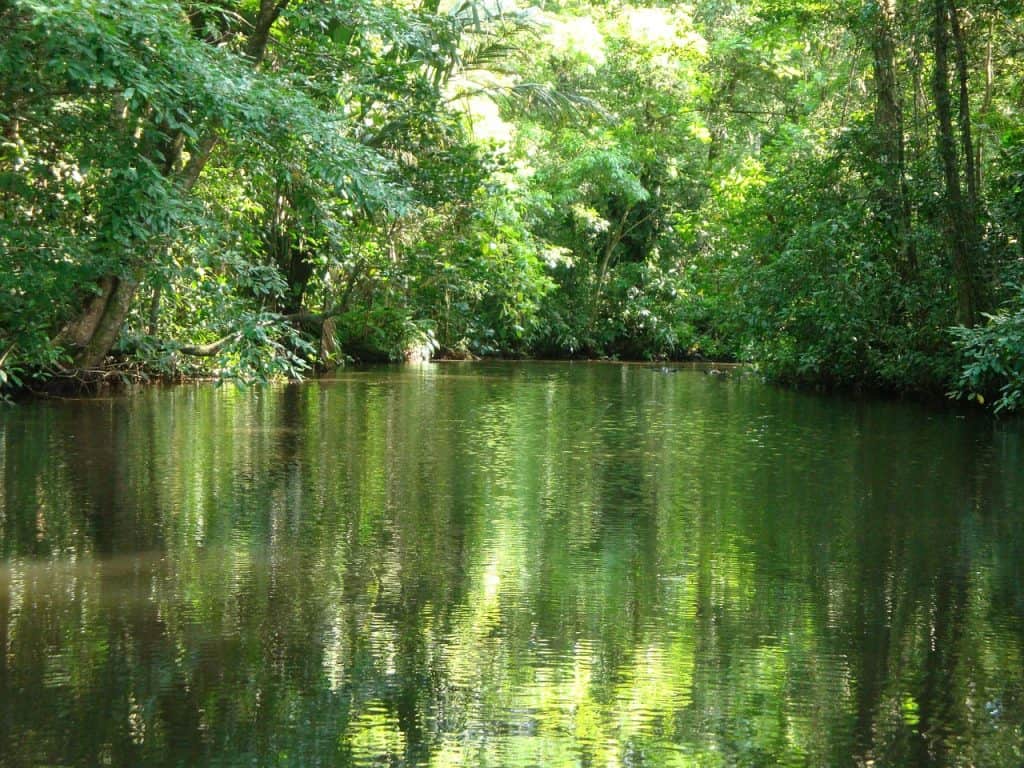 Of course, in order to spot Costa Rica’s wildlife, you need to know where to go and you need to be with someone who knows what they are doing. Here are seven of the best places in the country for wildlife-spotting. Be sure and enlist a guide to help you seek out the rainforest’s inhabitants!

Interested in bringing your kids? Read the Ultimate Guide To Costa Rica with Kids!

Corcovado encompasses a range of different terrains, from the beach habitats along the coast, through the rainforest, up to the cloud forest. Each zone boasts different wildlife and all of them are worth your time to explore. What brings people to Corcovado Park is the chance to see some of Costa Rica’s rarest animals. Sightings of jaguars, scarlet macaws, and Harpy’s eagles occur more regularly than anywhere else in the country, so have your camera ready! Once you come out from under the rainforest’s canopy, you can take a dip in the ocean or go on a whale and dolphin watching tour. At the end of the day, rinse yourself off under a waterfall and relax in your accommodations.

For those that don’t speak Spanish, ballena means whale. Marino Ballena National Park is named after the humpback whales that migrate past its coastline every year. Visitors are able to see whales and dolphins breaching in the water from the beaches. Sea turtles and marine iguanas are also frequently spotted here. This is without a doubt the number one spot for marine wildlife spotting. Just outside the park, in Uvita are a number of hotels as well as some luxury Costa Rica vacation rentals – perfect if you want to spend the night and have a few extra days at the park! 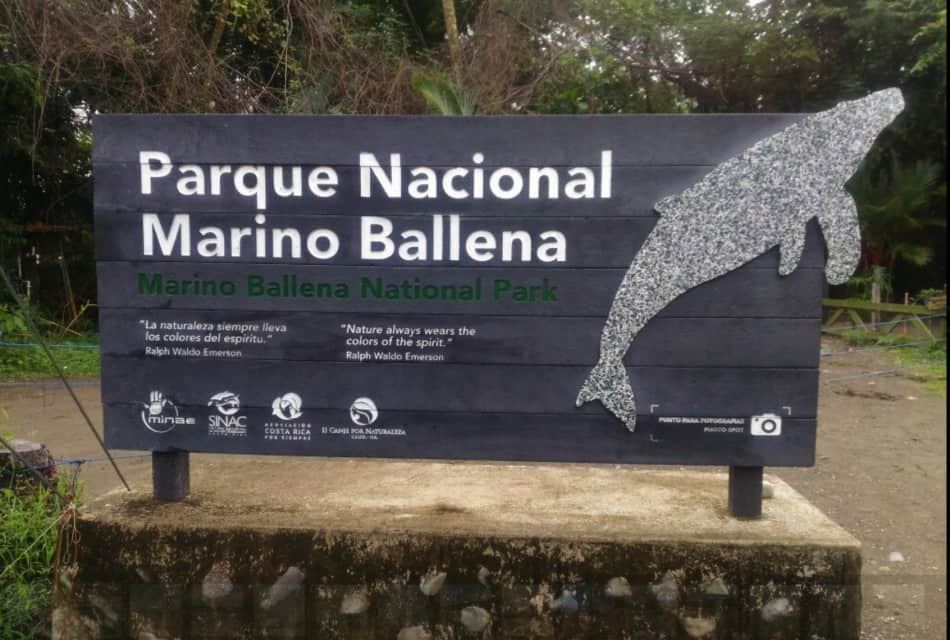 The tours through the Caño Negro Wetlands National Wildlife Refuge are done by boat. With the formidable Arenal Volcano looming in the background, it makes for quite the adventure. This park is a particular favorite with bird-lovers and from December through May, the whole area is teeming with colorful birds. Highlights include the laughing falcon, amazon kingfisher, and toucan. 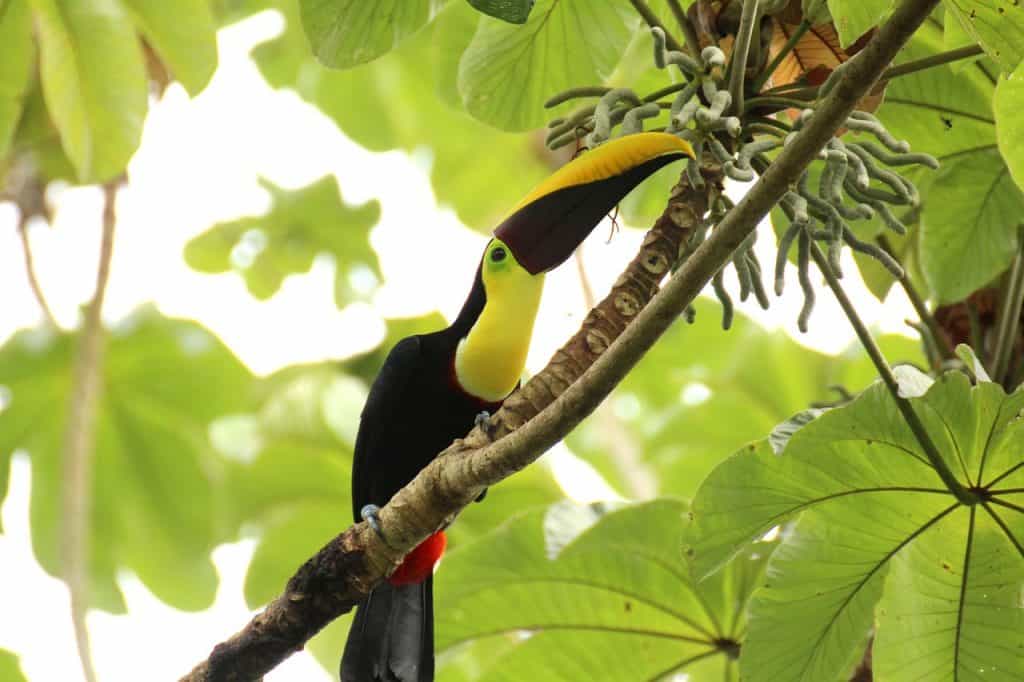 Those with a penchant for fishing will be pleased to know that fishing in Caño Negro is one of Costa Rica’s best-kept secrets. Snook, guapote, and tarpon can all be found in the murky waters of the Río Frío that runs through the park. Make sure you get yourself a license from the ranger hut in Caño Negro Village before you set off. 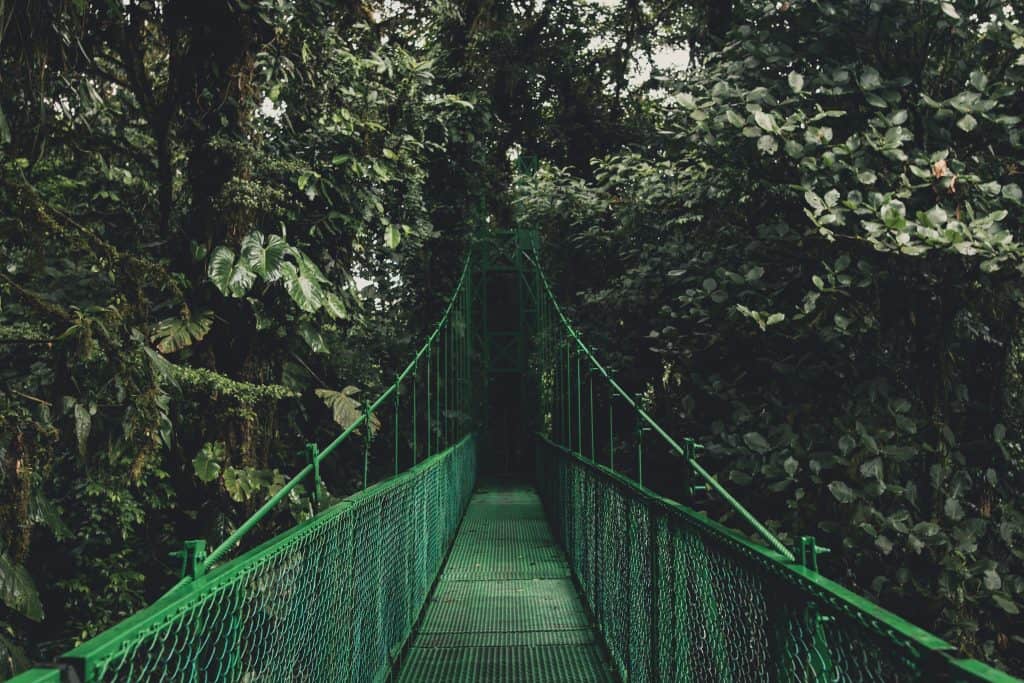 The misty haze that settles over the trees in Monteverde is what makes it such a magical destination. Whether you choose to explore the forest by walking along its hanging bridges, following its trails, or swinging through it on a zip line, you will be astounded by its beauty. One of the main attractions of the park is the brightly colored quetzals that live in the forest. People come from far and wide to admire these striking birds. The cloud forest is also home to butterflies, tree frogs, monkeys, deer, and tapirs. Note that it can get chilly up in the cloud forest so take something warm to wear while you explore the region.

The Tortuguero National Park is one the best places on the planet to see turtles up close. Just like Caño Negro, the park can only be accessed by boat and the journey takes visitors along the shores where they can see the turtles’ nesting spots. Green sea turtles, Olive Ridley turtles, and leatherback turtles all come here to lay their eggs – a spectacle that is breath-taking to behold. The various creeks and lagoons are also home to a number of endemic species. The serenity of the park as you float along the lazy water is thoroughly captivating. Be aware that the water here has strong currents and a large shark population and is therefore not suitable for swimming.

Although the Manuel Antonio National Park is the smallest of Costa Rica National Parks, it is without a doubt one of the country’s best and most beautiful. The park’s abundance of sloths and monkeys is just one of its many attractions. The trails that run through the rainforest wind through the trees, under the shade of the canopy, until they open up onto the pristine white sand beaches. Visitors can easily spend a day soaking up the sunshine on the beach or seeking out the animals that dwell in the leafy regions of the rainforest. 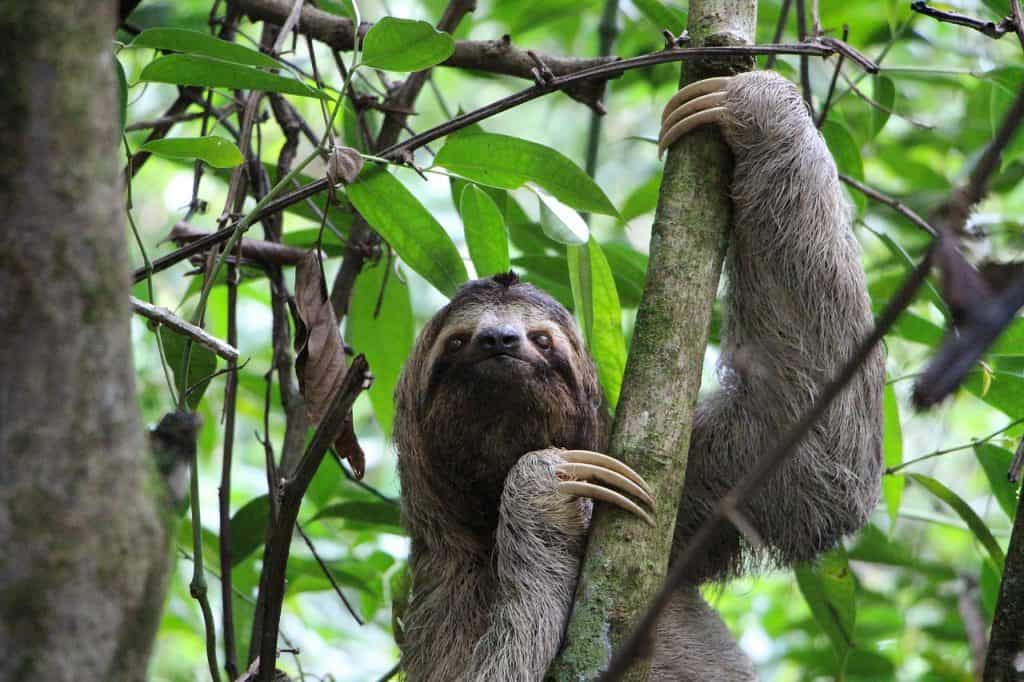 Just outside San Jose, Costa Rica’s lively capital is Carara National Park. Its proximity to the city makes it one of the most accessible and therefore most popular parks in the country. It is a hub of ornithological activity and draws in thousands of amateur birdwatchers, many of whom will happily tell you about the birds you can see. There are other notable attractions at this park: the Crocodile Bridge. From the bridge, you can see crocodiles swimming through the water or sunning themselves on the banks. With these large crocks just 50 feet away, this is certainly not for the faint-hearted.

There you have it, a rundown of 7 of the most amazing Costa Rica National Parks.

Costa Rica is steadily moving up my bucket list! It looks and sounds amazing! Thank you for another great article :)