Visiting the city of New Orleans and hearing the sounds and intonations of blues music really inspired me to learn a little bit about the blues harmonica songs I kept hearing around town. And why they are so closely tied to the sufferings of the Africans (the “cradle of the blues”), Caribbeans, Haitians, and even Catholic Louisianas who live here. From those who taught me, I have learned a lot about the harmonica and am getting close to learning how to play a few of the old tonal songs. 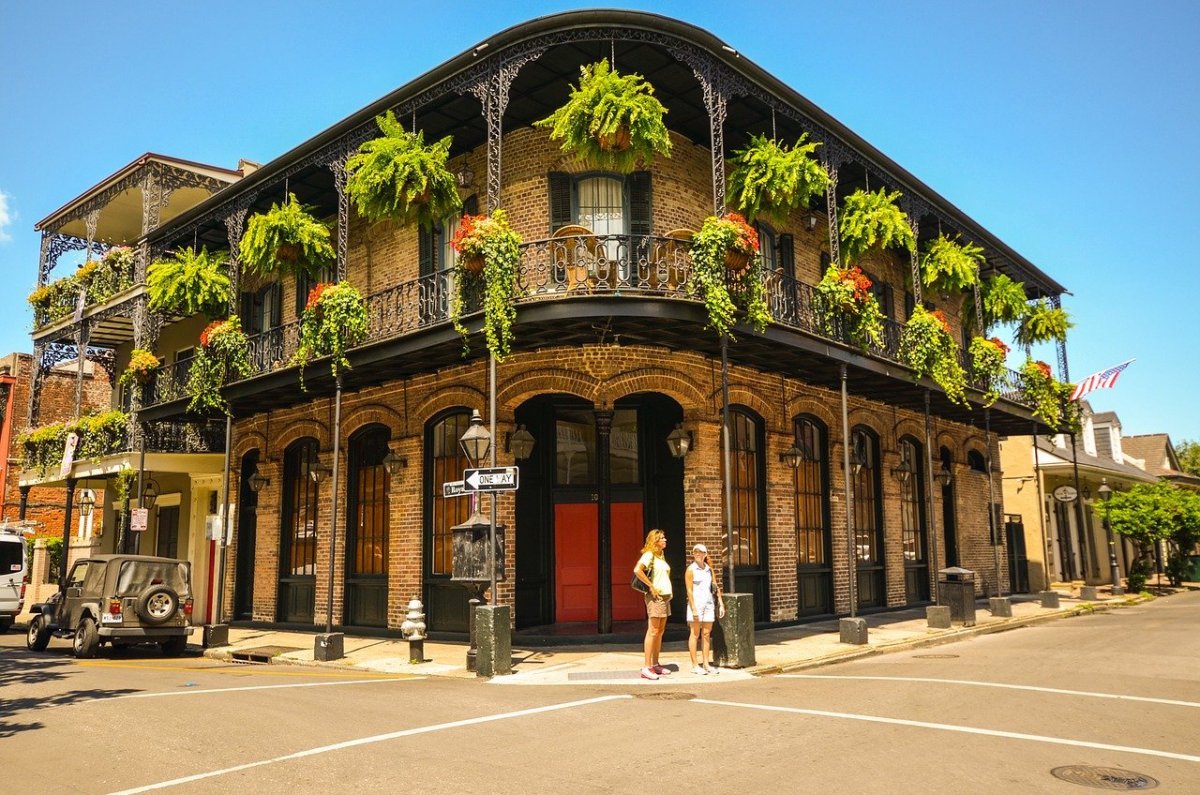 Harmonica Songs that Dig Deep into the Blues Music of Louisiana 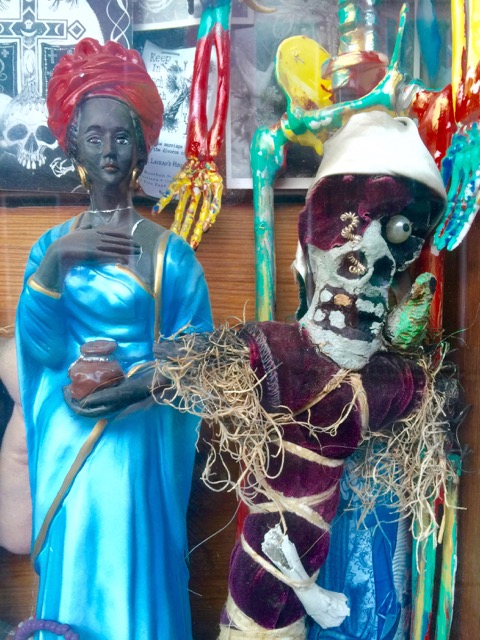 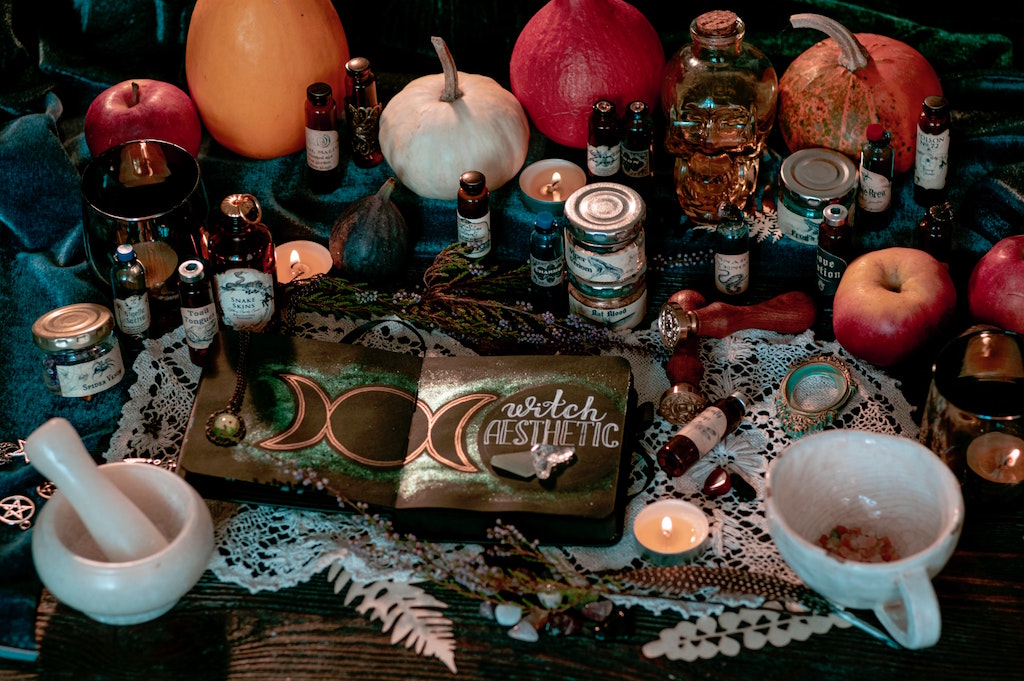 Back in the 18th Century, that magic sound that now is New Orleans, comes from a deeply-rooted system of beliefs known as the “Vodun religion”. It originated among the Fon and Ewe people of the former West African Kingdom of Dahomey. Today, it is known as Benin. Where “Vodun” or something similar to voodoo was more a way of life that comes from an ancestral connection. It gets passed down from generation to generation using word of mouth, rituals, and spiritual practices. It has a particular wavy, nasal intonation that suggests a connection between the music of West and Central Africa and the blues. 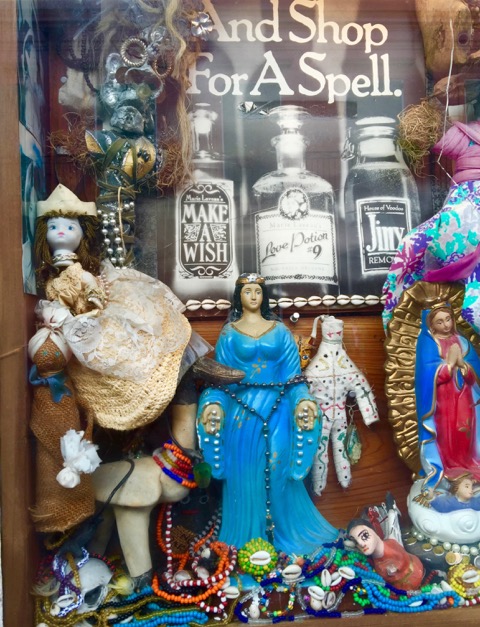 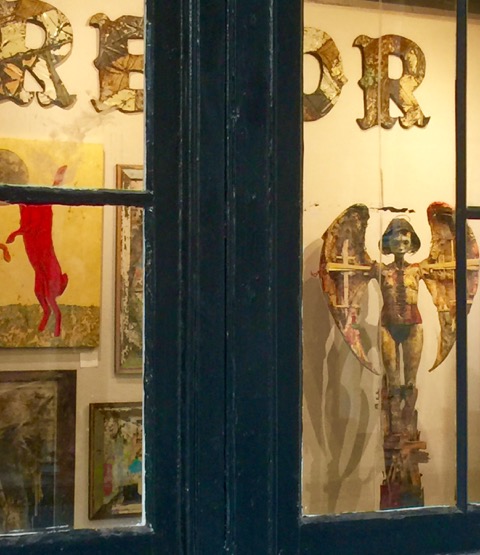 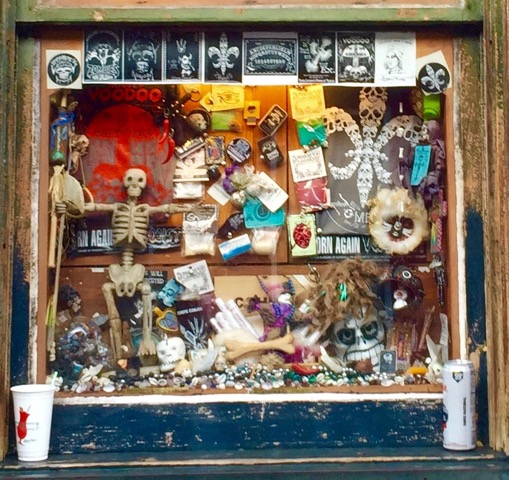 This Vodun religion was transplanted to the Americas and the Caribbean as far back as 1729 when slaves were traded in exchange for European goods. Many Dahomey people were captured and traded into slavery. These enslaved people found themselves en route to French and Spanish colonies in the Caribbean. Once there, they were forbidden to practice their Vodun religion, but quickly realized the similarity between their religion and the Catholic religion that was already in place in these foreign lands. So they basically created a hybrid religion called “Santeria” in the Spanish Islands and Vodou (similar to the word Voodoo) in Haiti. 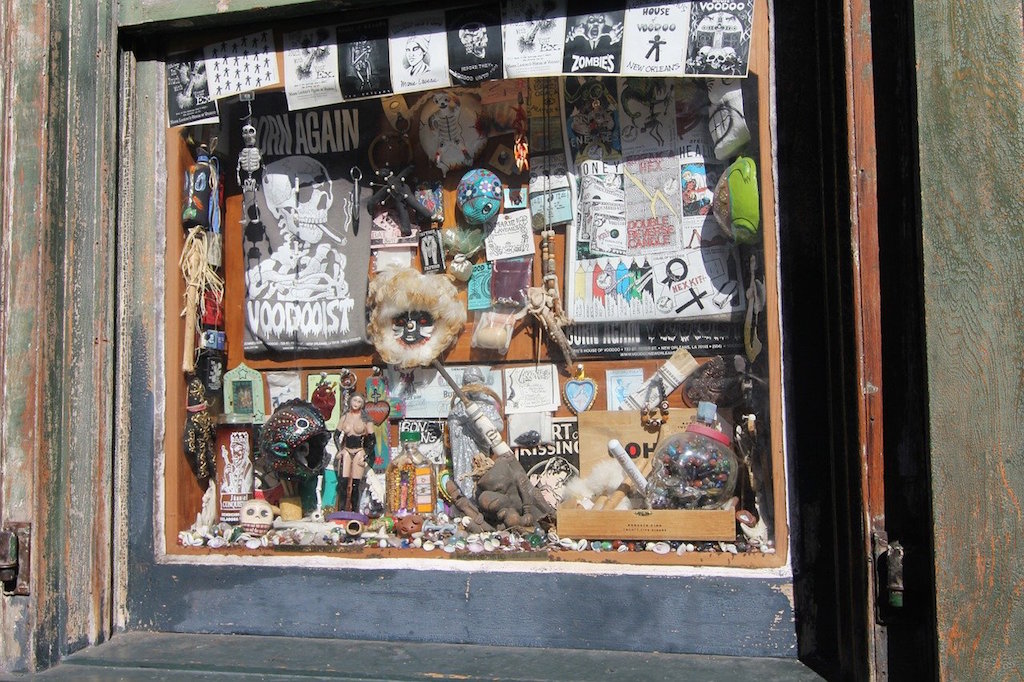 Voodoo has long been an integral part of the religious complexity of the New Orleans, Louisiana slave population that eventually arrived. And literally is the true reason for the blues music via the Haitian slaves that we are able to hear these tonations today. While others have situated the origins of “black” spiritual music inside enslaved peoples’ exposure to their masters’ Hebridean-originated gospels. 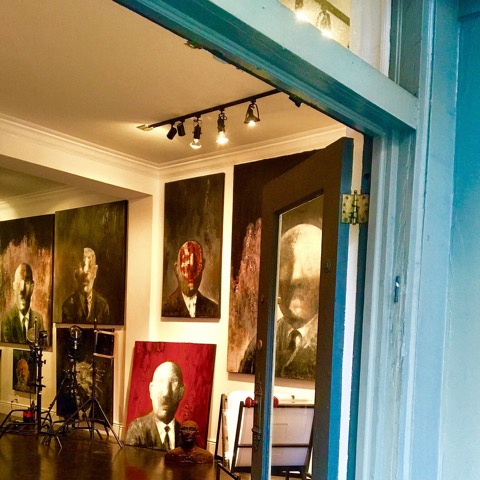 The Blues has since evolved from unaccompanied vocal music of poor black laborers into a wide variety of styles and subgenres, with regional variations across the United States, but especially in the deep South and French-established Louisana. The first appearance of the blues is not well defined and is often dated somewhere between 1870 and 1900. This time period coincides with the emancipation of the slaves. And their transition from slavery to sharecropping in the southern United States. 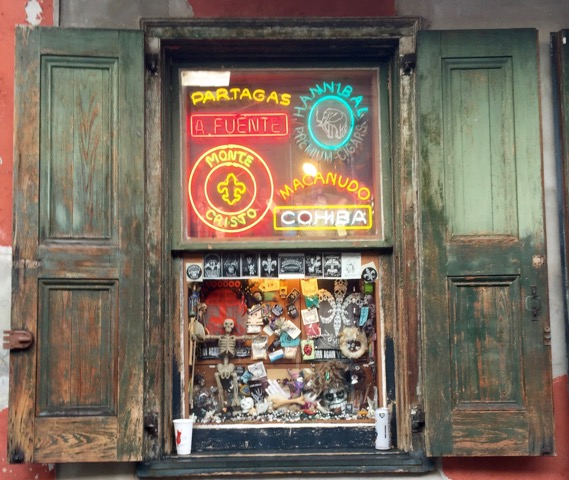 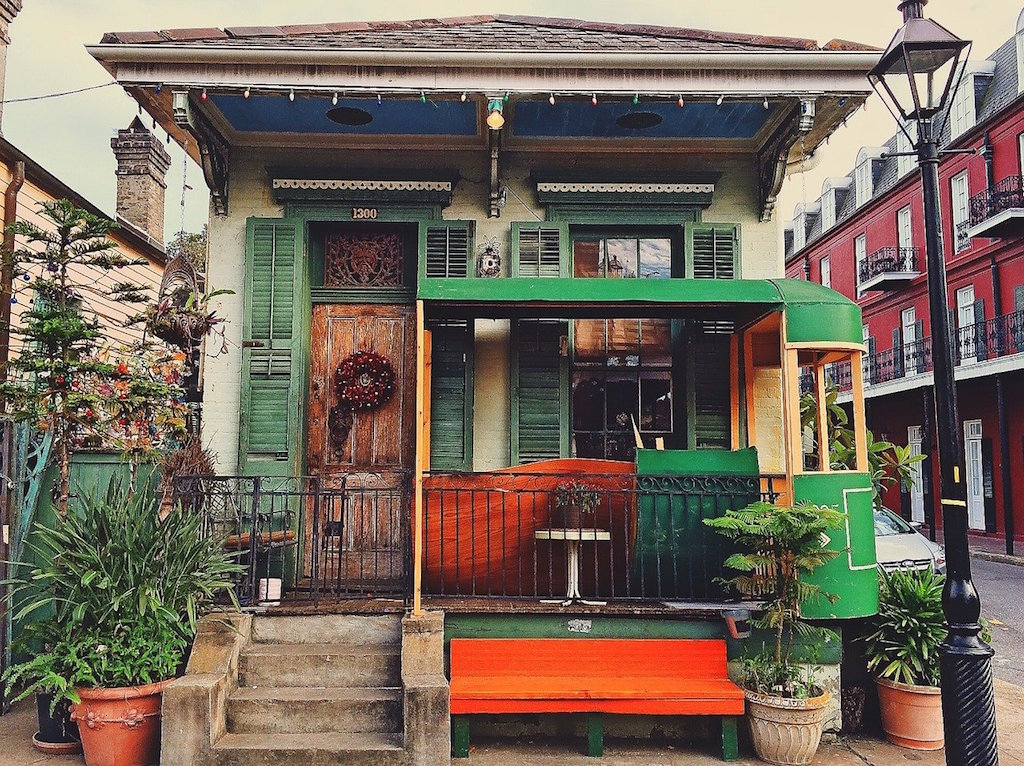 So you can imagine my fascination with learning to play a song on a blues harmonica. I wanted to hear that low tonal sound, the one that gets to the heart and soul of suffering and pain. And honestly, learning the blues harmonica as a beginner can be done. I did it without a formal lesson and it was done online while I was home waiting for travel to reopen. It is especially easy to learn simple harmonica songs when you first get started. I have listed a few of the easier songs below. 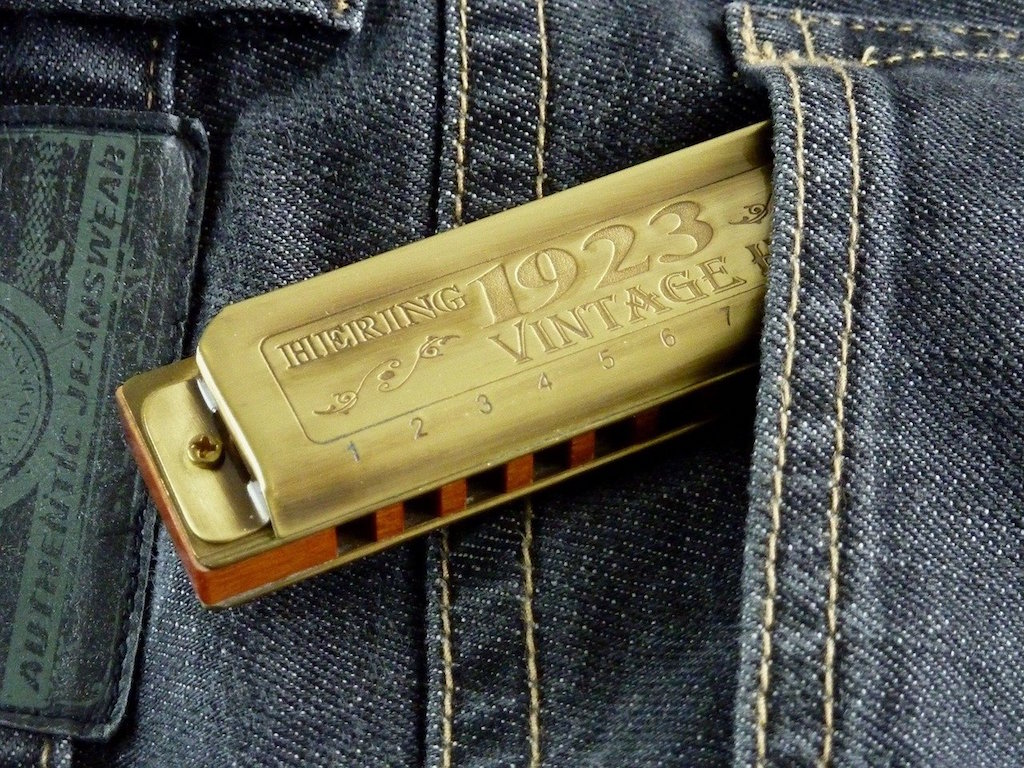 I purchased a blues diatonic harmonica while I was staying in New Orleans, hoping to pick up a few tonal notes and learn to play the harmonica. This diatonic harmonica I bought was of a simple and cheap variety, as I bought it at a retail store near one of the hotels I stayed at and Preservation Hall. 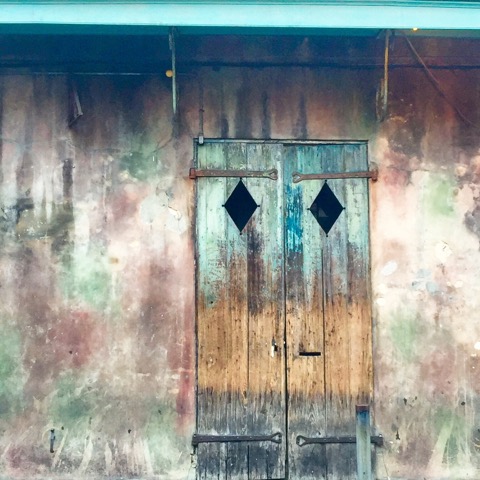 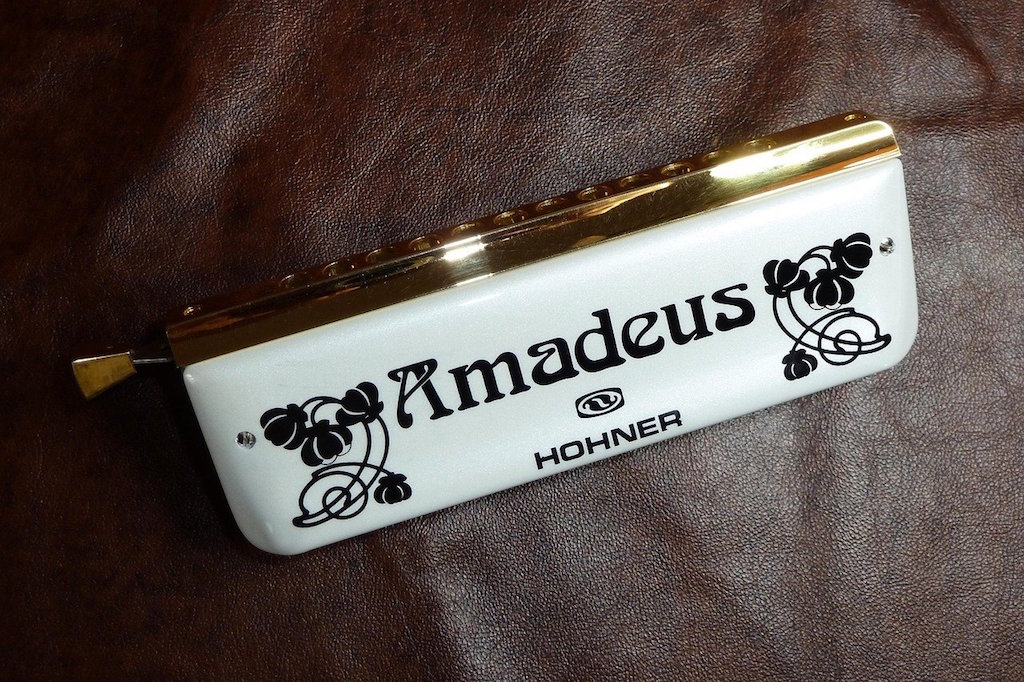 Diatonic harmonicas are the easiest type of harmonica to play They have 10 holes and focus on playing music in one key, which is typically C.

#4 Other Types of Harmonicas:

There are other types of harmonicas, including octave, orchestral, and bass versions. I have also seen many in East Asia, as well as in Europe and even Jordan. 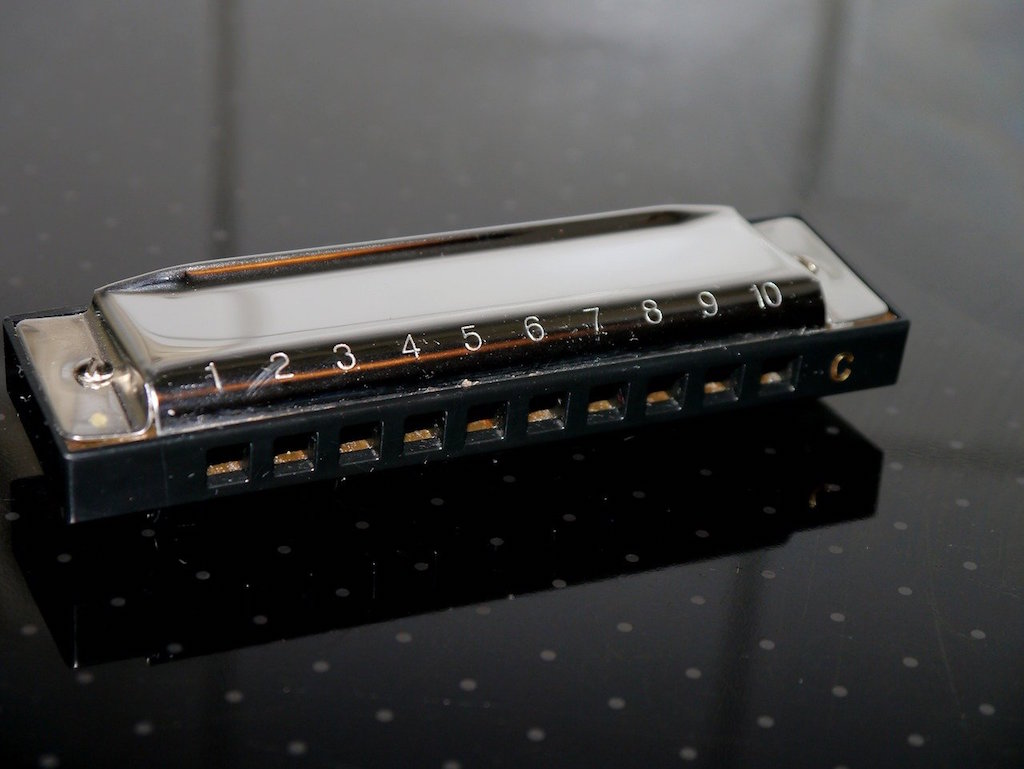 How to Hold a Harmonica 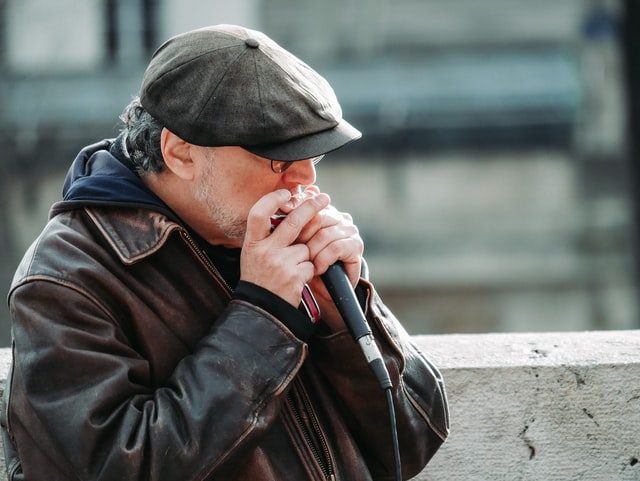 So now that you about the types of harmonicas, you need to learn how to hold one. Most people use a two-handed grip. One hand is used to hold the harmonica while the other is used to play the sounds. I am right-handed, so I was able to hold a harmonica the way described above. But if you’re left-handed and you find this method a bit more difficult, so I suggest using a mirror while trying to learn.

How a Harmonica Works + Its’ Sound

By blowing air into the harmonica or “sucking ” air out of the harmonica, you can produce sounds. The air you blow or suck gets into the reeds inside the harmonica and vibrates them, which is how the sound is made. Basically, you can learn to play 19 different kinds of notes on a diatonic harmonica by blowing and sucking air. 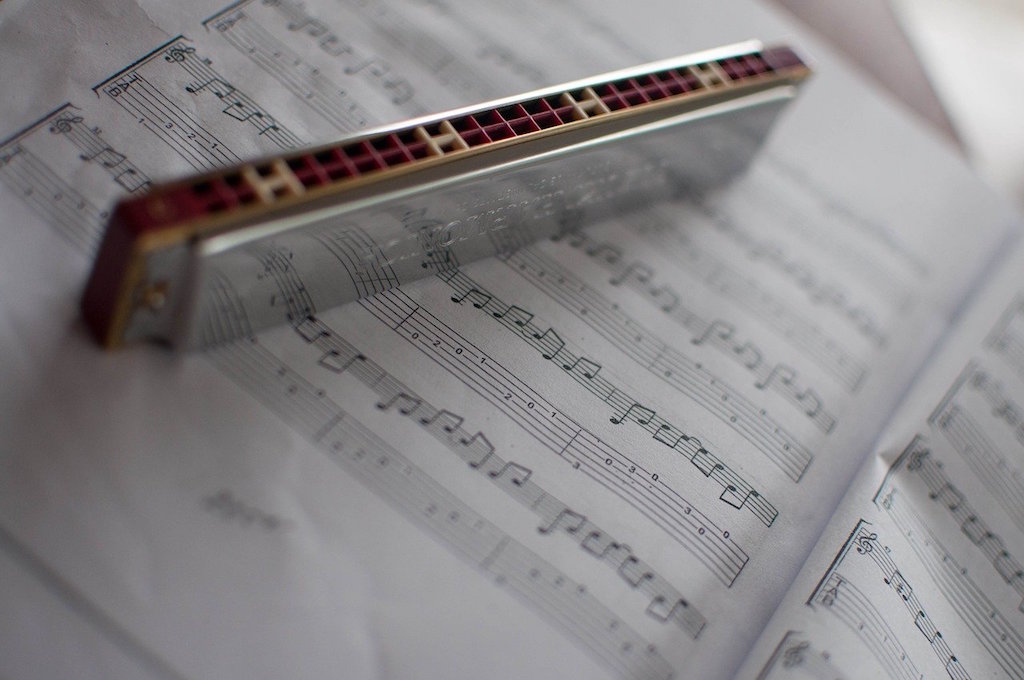 + Tips on How to Play the Harmonica

So in order to learn how to play a blues harmonica, you will have to learn about tabs (short for tablatures). Tabs are a shortened form of writing music. It shows the position and location of the harmonica when performing a piece of music.

Tablatures look like this for “Mary Had a Little Lamb: 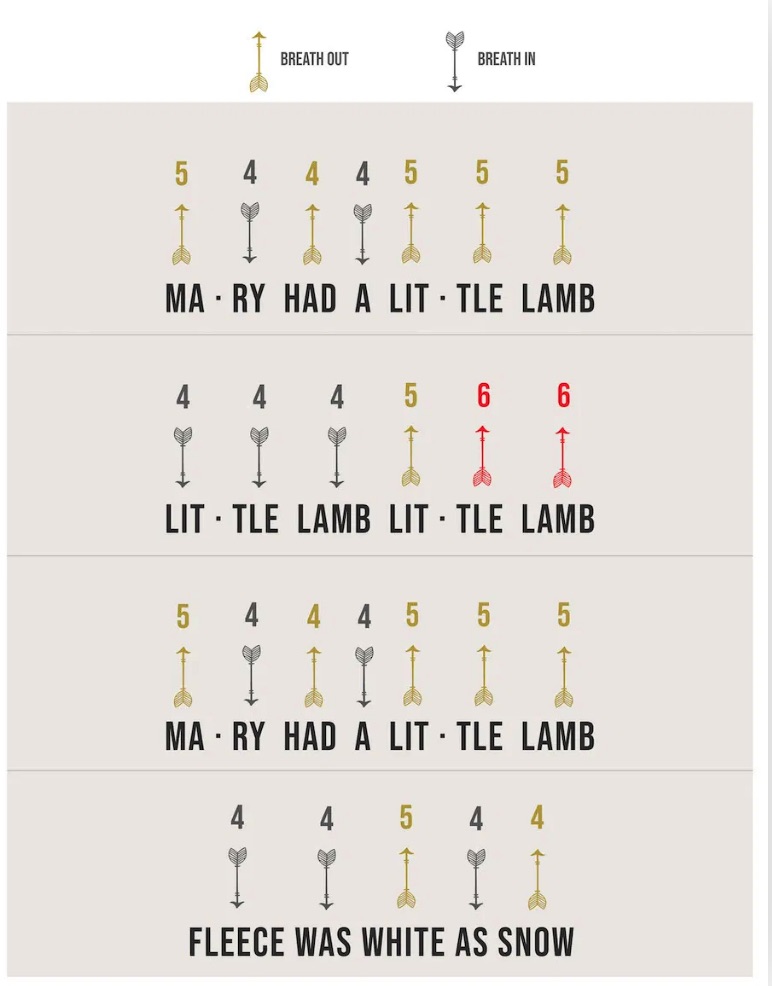 3 Common Tabulatures in the Harmonica Song:

Use cell numbers only for blow notes and brackets for draw notes. 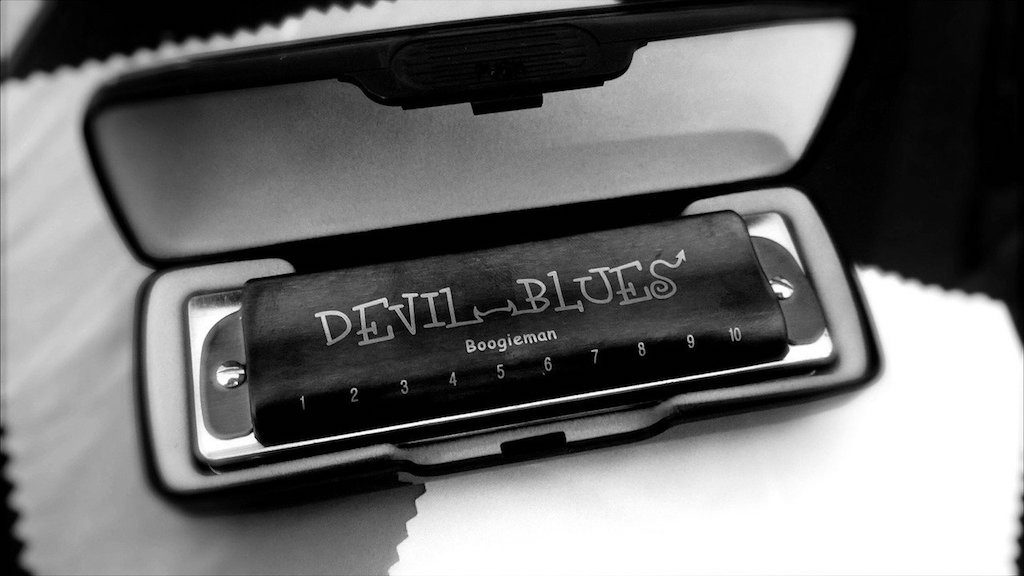 “When The Saints Go Marching In”

So you can imagine the very first song was that I wanted to play. Especially since “When the Saints Go Marching In” is an absolutely beginner song. It only uses holes 4-6, I think this is the perfect song to get started on. And even though you are new to playing harmonica, you are not limited to practicing only nursery rhymes. I love this classic popular blues song that I heard playing everywhere while visiting New Orleans. It is an easy song to get started on. 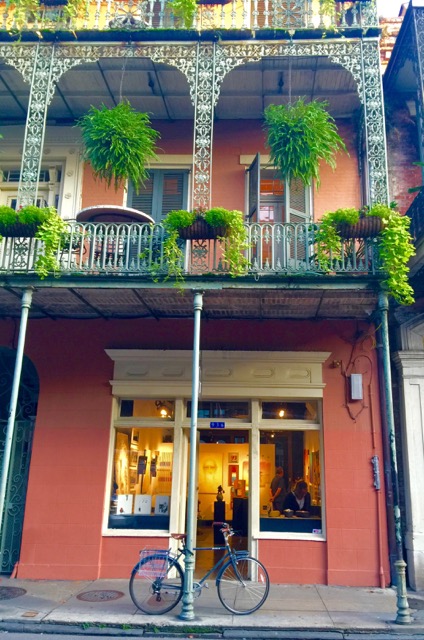 Here are the simple tabs of “When the Saints Go Marching In”: 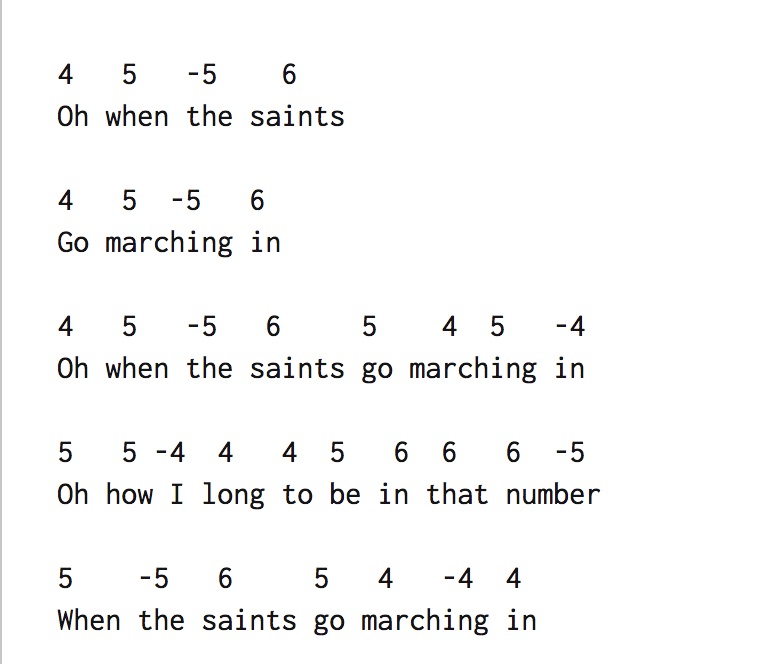 But I want to learn how to play more than just three notes! Here are a few songs that are played with a blues diatonic harmonica: 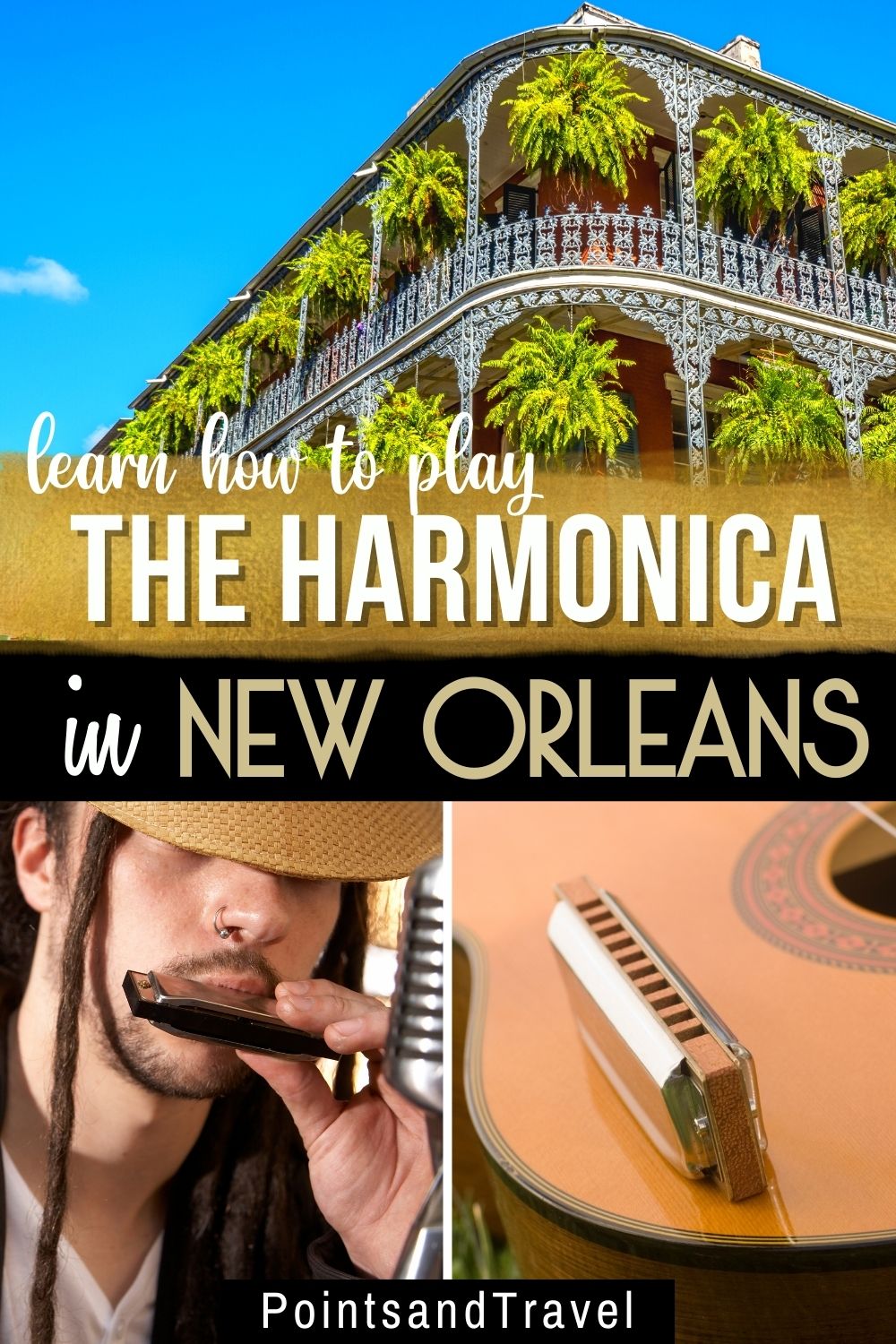 Listen to the band’s frontman John Popper, he is a master of the diatonic harmonica. Start at the 1: 45-second spot. Can he play or what?

Listen to this unmistakable haunting wail of the diatonic harmonica that goes on for almost 45 seconds before the song actually starts.

This top 10 most well-known Harmonica Solo has to include the Godfather of them all – Bob Dylan. 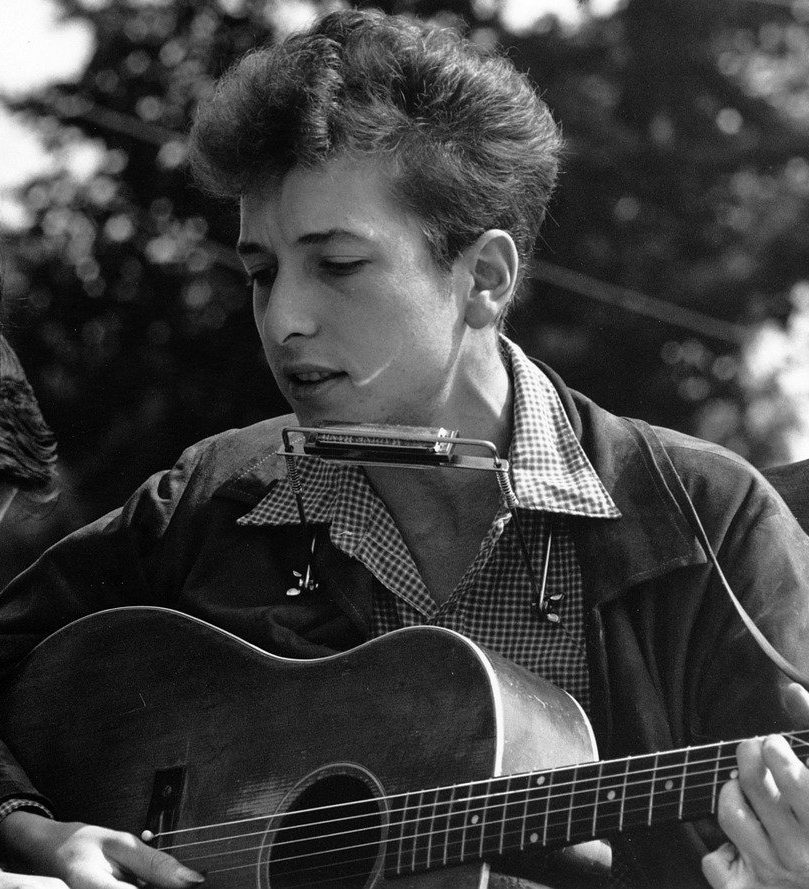 This Flemish-born Harmonica player, “Toots” Thielemans worked with world-famous artists like Quincy Jones, Billy Joel, and Paul Simon. He is considered one of the greatest jazz musicians in the world.

Here I think John Lennon is playing the diatonic harmonica using an Echo Super Vamper E, which is no longer available.

This unmistakable diatonic harmonica solo by Billy Joel is world-famous. Released in 1973 as a solo, Billy Joel often uses the Hohner Special 20 classic Harmonica for this song.

Also released in 1973, the harmonica portion of this solo at the 1:00 minute mark has always been loved by fans. The player, Tom Johnston is responsible for the playing of this solo on his Hohner C Blues Harp.

#8 Once Upon A Time In the West – Ennio Morricone

In this movie, Charles Bronson plays his harmonica, This soundtrack is played on a Hohner Chromonica 40.

Stevie Wonder used the Chromatic harmonica in some of his most prominent works, including ‘Isn’t She Lovely’, ‘I Was Made To Love Her’, and of course, ‘For Once In My Life’. For all his hits, Stevie played the chromatic Hohner Super 64. 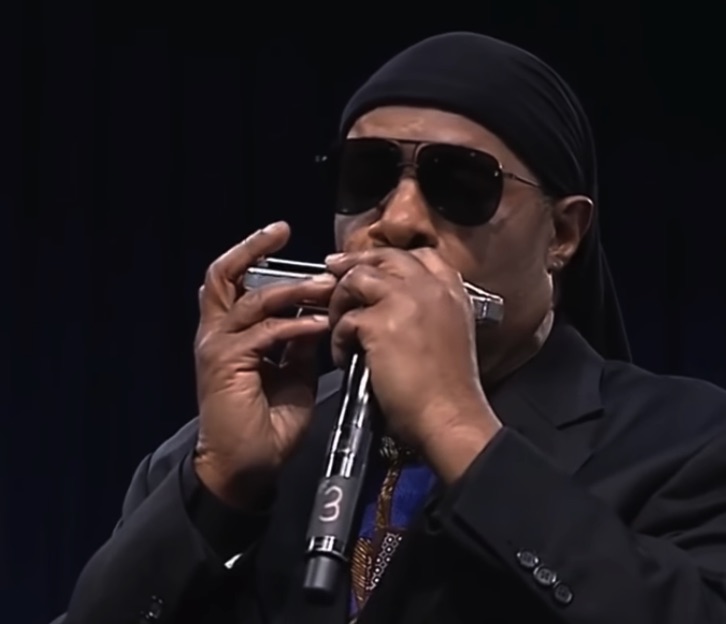 Stevie Wonder on the Harmonica

Bruce Springsteen (known as “the Boss”) chart-topping album called The River that came out in 1975 features the harmonica right from the beginning of the song. Thunder road begins with a soft diatonic harmonica introduction that sets the scene and takes you, the listener on a journey through his soul.

Here are a few easy-to-play simple songs to play on your new harmonica. You can learn to play the harmonica! 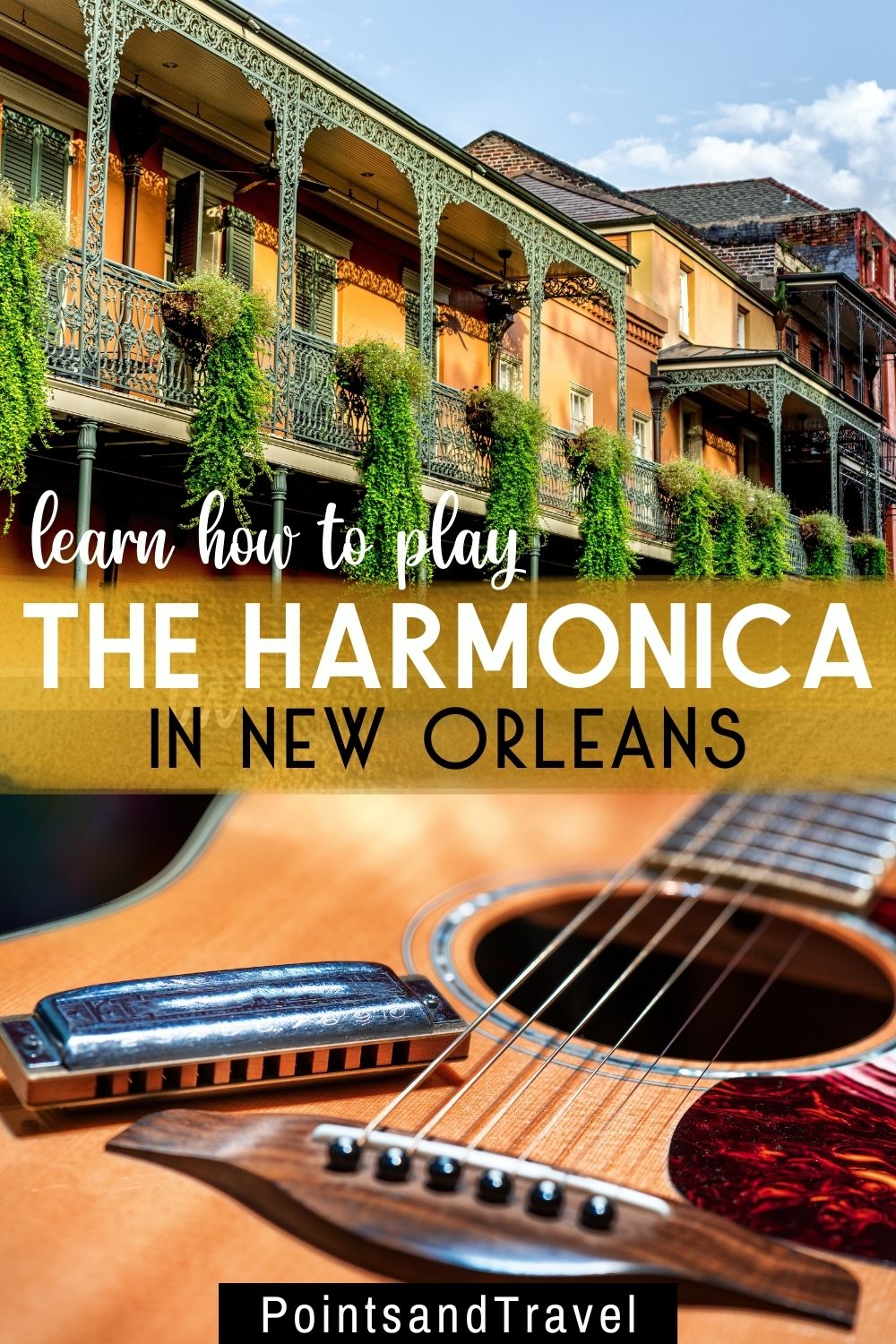 Beethoven may seem intimidating, Ode to Joy can actually be simple to play on the harmonica thanks to how much repetition there is. Get tabs here.

“Stand By Me” was always a popular song. Try to learn to play it on your diatonic harmonica. Get tabs here.

“Love Me Tender” by Elvis Presley is a bit harder than the previous entries on this list, but try to see if you can play it! Get tabs here.

This is one for your Winter or Christmas Bucket List. This song is a bit simplistic but easy to learn when you are just learning to play the harmonica.

So, how about adding harmonica lessons to get you in the mood to visit New Orleans or the Louisiana Bayou? For me, learning to play the harmonica has brought back many memories from my time spent in New Orleans and Lake Charles in the Pelican State. 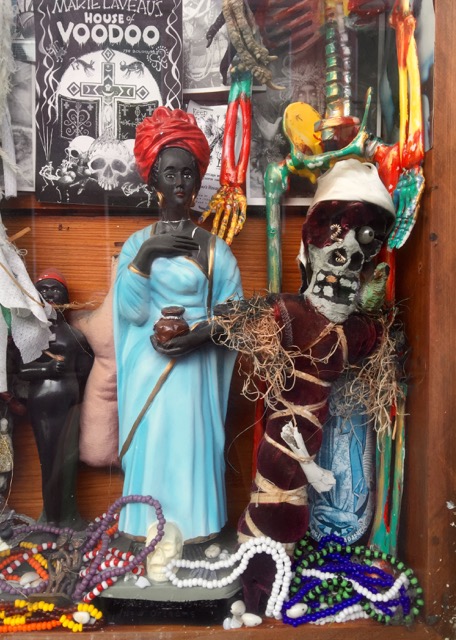 If you make a purchase through my links, I earn a commission that helps to keep this blog running—at no extra cost to you. 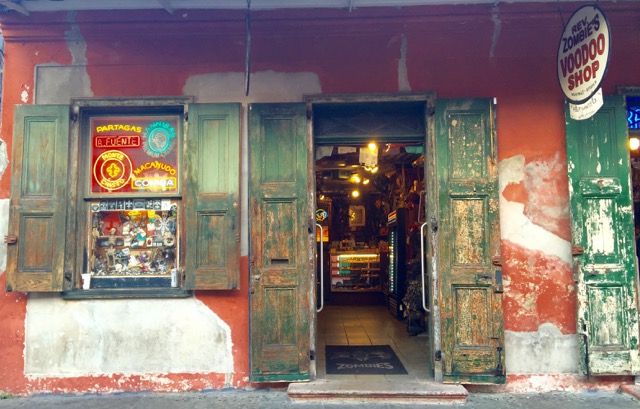 Maybe you would like to read my article about Louisiana Food: https://www.pointsandtravel.com/foods-of-louisiana/