Home » Destinations » Tour of the Baltics – “Tear Down that Wall, Mr. Gorbachev!”

Have you ever wanted to take a tour of the Baltics? Well now is your chance!  Since 1991 when the fall of the USSR occurred. The idea of combining multiple countries that have so much in common, all taken over by the USSR and then freed, should be reason enough to want to visit the Baltic Capital Cities. And honestly, it is not that hard to do, especially if you have a guided tour company to help you and give you plenty of time to explore the surrounding areas.

Tour of the Baltics –

“Tear Down that Wall, Mr. Gorbachev!”

The capitals of the three Baltic countries I am referring to are a trio of architectural beauty – Vilnius is known for its Baroque style, while Riga’s city center has the highest concentration of Art Nouveau buildings in Europe, and Tallinn’s cobblestone streets are lined with beautiful Gothic architecture. Each of these cities is an architect’s dream and to see them all one after the other is perfect! 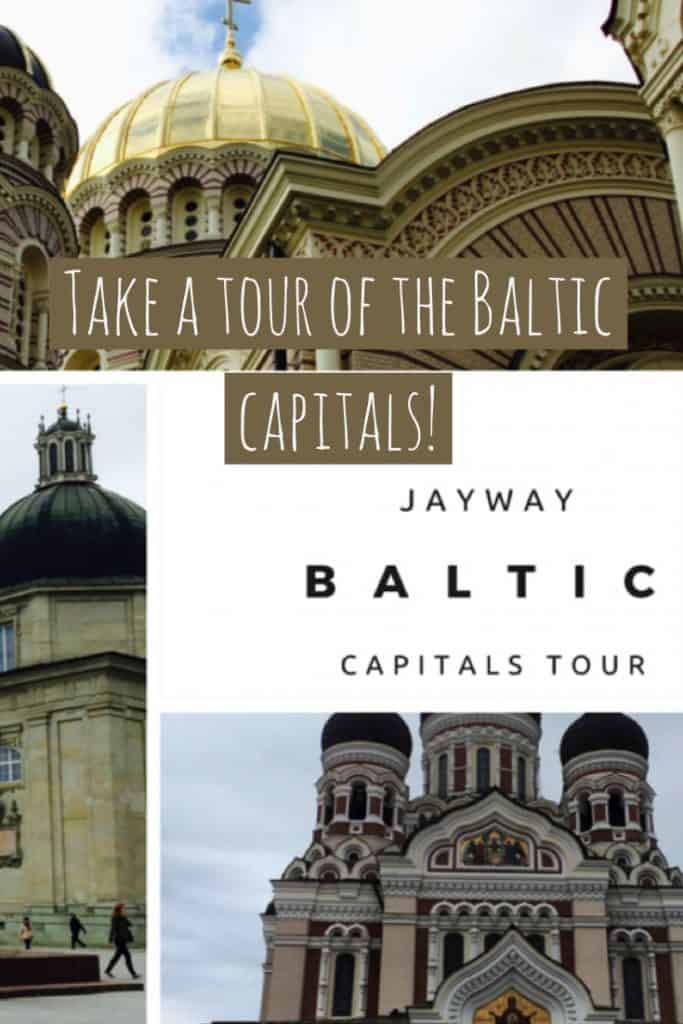 Tour of the Baltics – Vilnius, Lithuania

“Tear down this wall!” 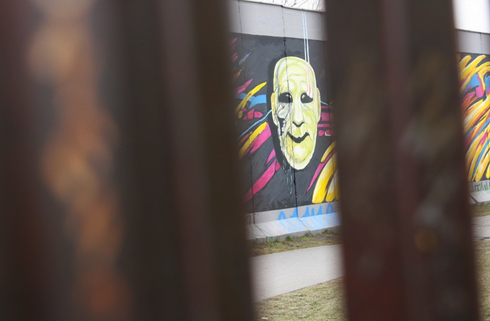 I remember this exact comment made by American President Ronald Reagan:

“Tear down this wall!“ 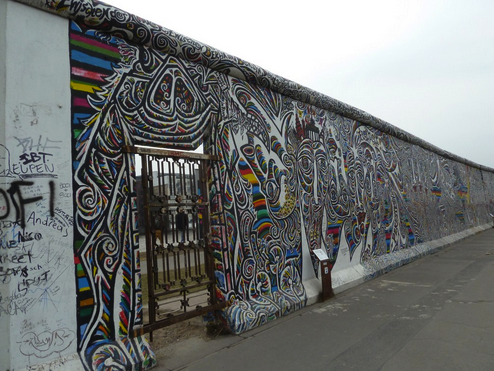 to the Soviet President Michael Gorbachev in June 1987. He was speaking at the Brandenburg Gate behind a bullet-proof glass in Berlin, Germany. His backdrop was the Berlin Wall, known at the time as the symbol of communist oppression. 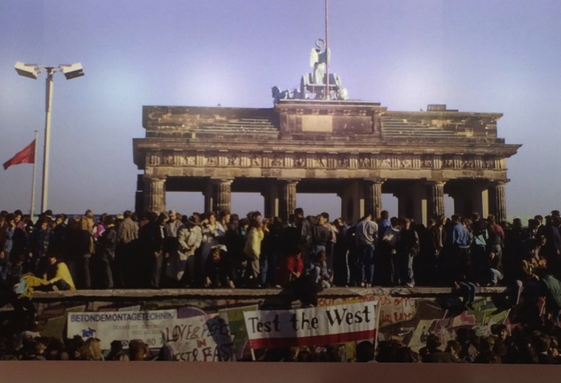 The West German Chancellor would never forget standing near Reagan when he challenged Gorbachev to tear down the Berlin Wall. He said of Reagan:

Tour of the Baltics – Riga, Latvia

“He (Reagan) was a stroke of luck for the world, especially for Europe.”

In the late 1980s, a massive resistance campaign against the Soviet rule, known as the Singing Revolution began in Estonia. The Singing Revolution was a spontaneous mass night-singing demonstration that encouraged the Baltic people to sing national songs that had once been forbidden for them to utter. An event is known as the Baltic Way occurred, where over 2 million people began a human chain that stretched from Tallinn, Estonia to Vilnius, Lithuania. In the wake of this campaign, Gorbachev privately concluded that the departure of the USSR from the Baltic States had become “inevitable”. 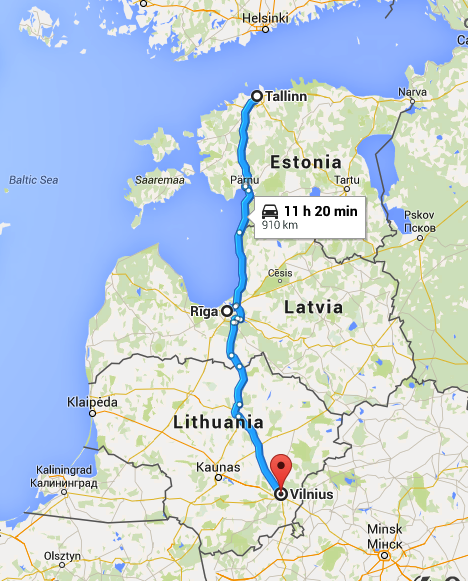 Tour of the Baltics – Tallin, Estonia

A lot has happened since those days, and as we all know, that wall in Berlin did eventually come down and the Soviet Union (at the time called the USSR) was dissolved. The Baltic countries succeeded from the USSR in September 1991. But have you ever thought about what happened to those countries that were a part of the Soviet reign? I truly hadn’t given it much thought until I was invited on a trip to the Baltic Capitals:  Tallinn, Riga, and Vilnius. Doing my research about the three countries I was about to visit was eye-opening and extremely interesting. So there you have it, a bit of back history of the Baltic States. 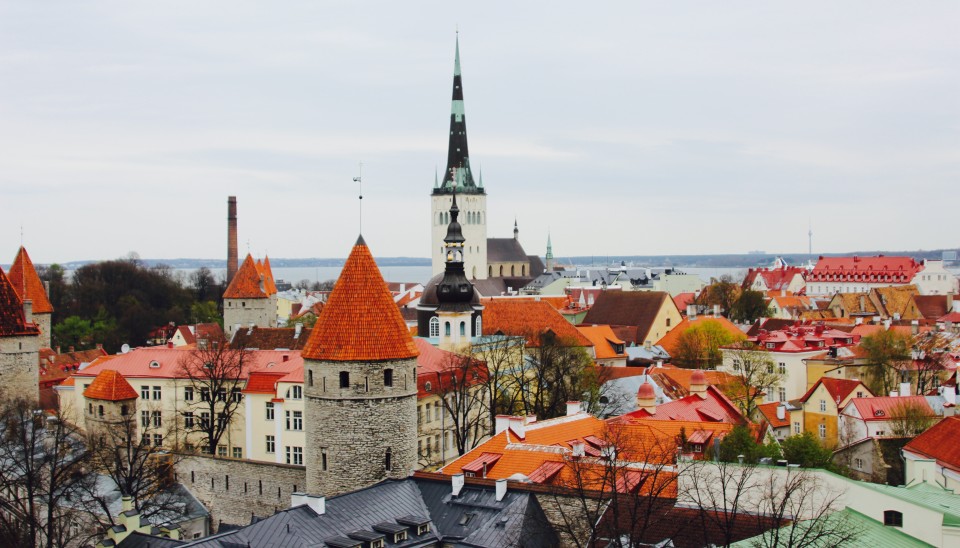 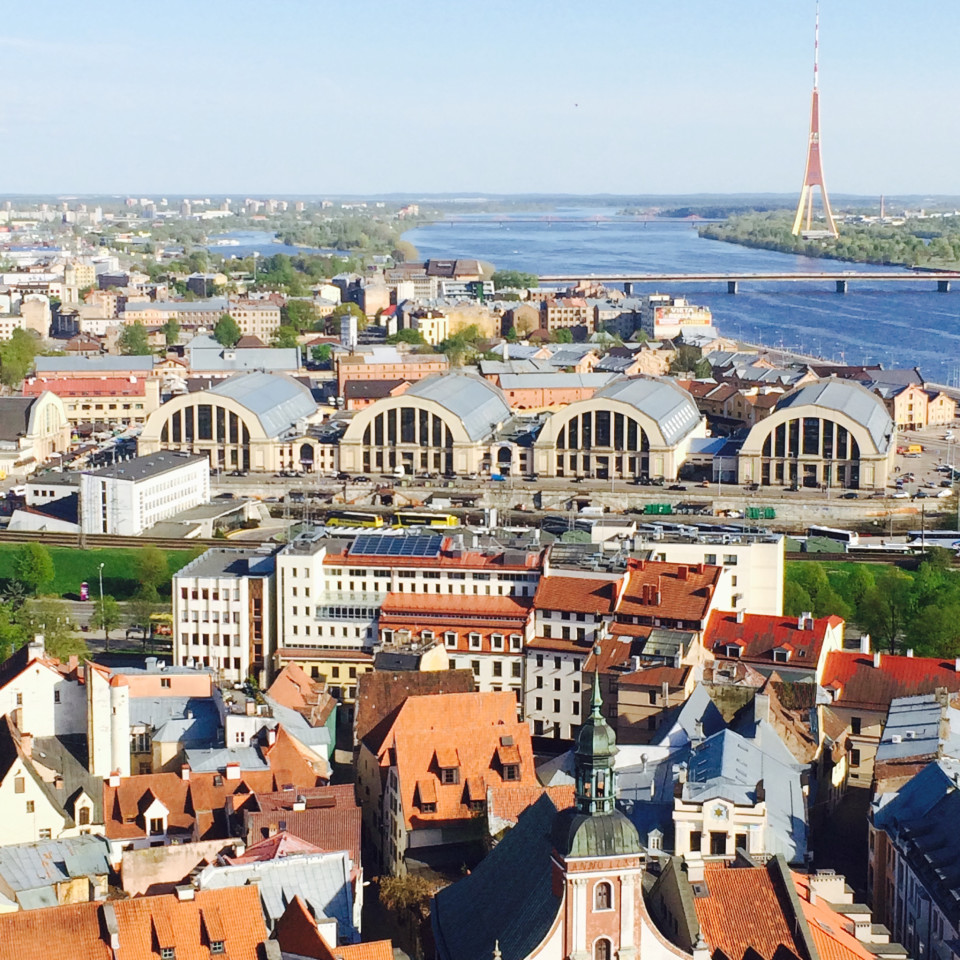 Riga, Latvia from the Tour of the Baltics 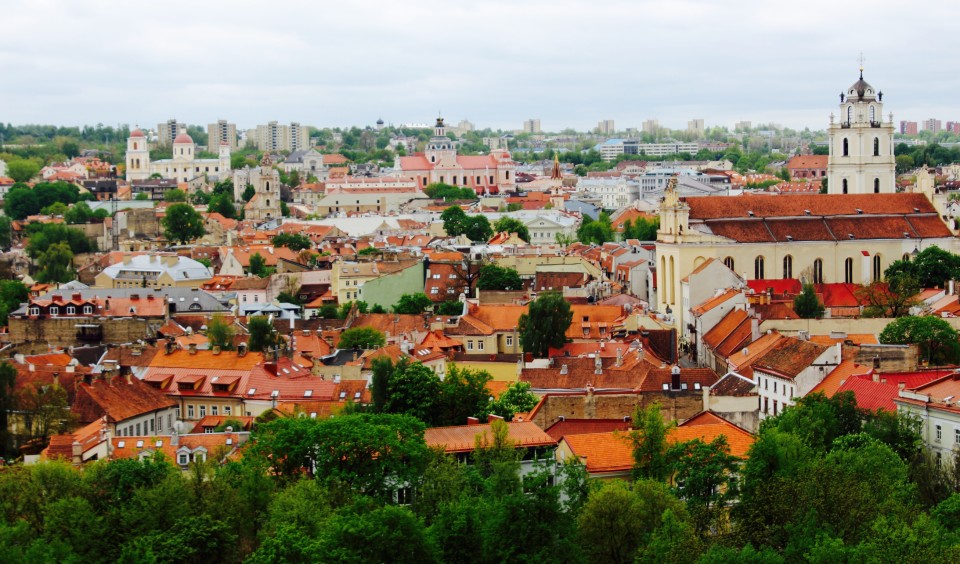 Vilnius, Lithuania from the tour of the Baltics

Tour of the Baltics  – Just do it!

History tells us a lot about people and the way they function. I have come to realize that the people of the Baltic countries are resilient. They are strong. They have endured so much, yet have been able to keep their wicked sense of humor and wits about them. That is what I saw when I took a tour of the Baltics, I saw the humor of the people. I am about to take you on a journey thru these three places, so stay tuned for a series of articles about the Baltic Capitals: Tallinn, Estonia; Riga, Latvia; and Vilnius, Lithuania. It was a whale of a journey and one that I am grateful I went on. I invite you to visit them too, as they are all incredible! 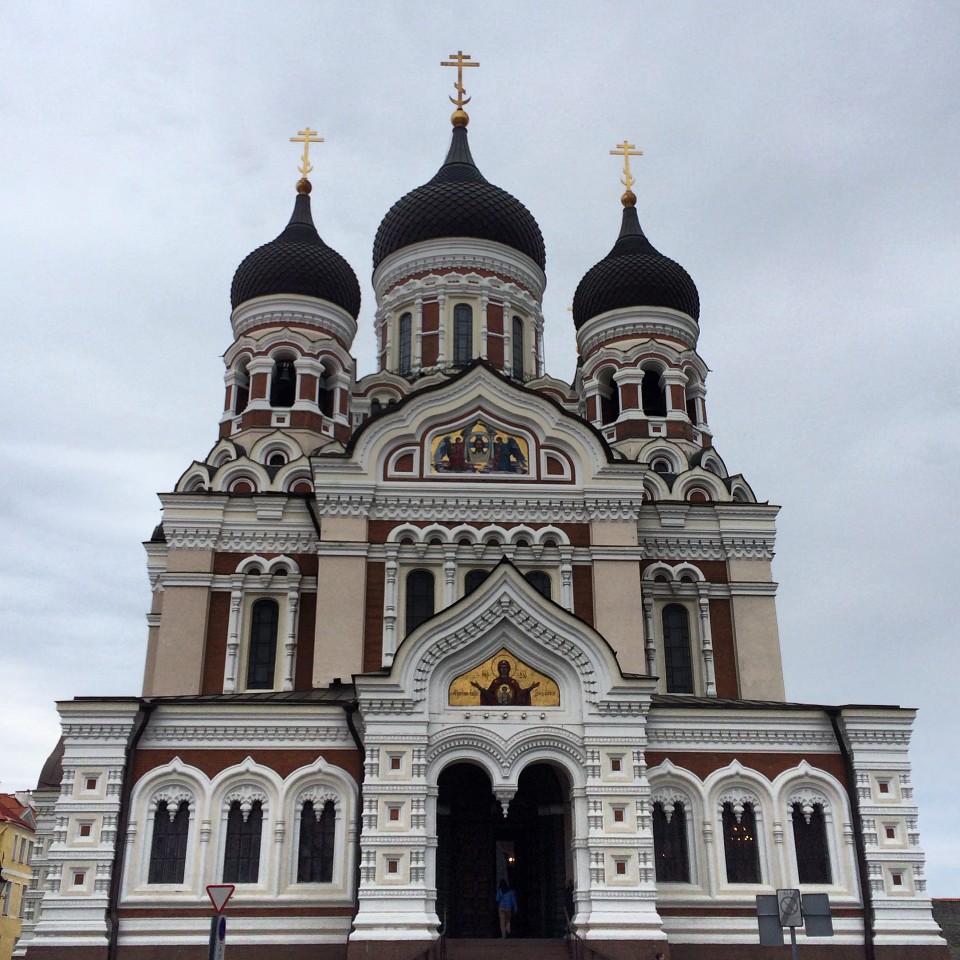 Tallinn, Estonia from the Tour of the Baltics 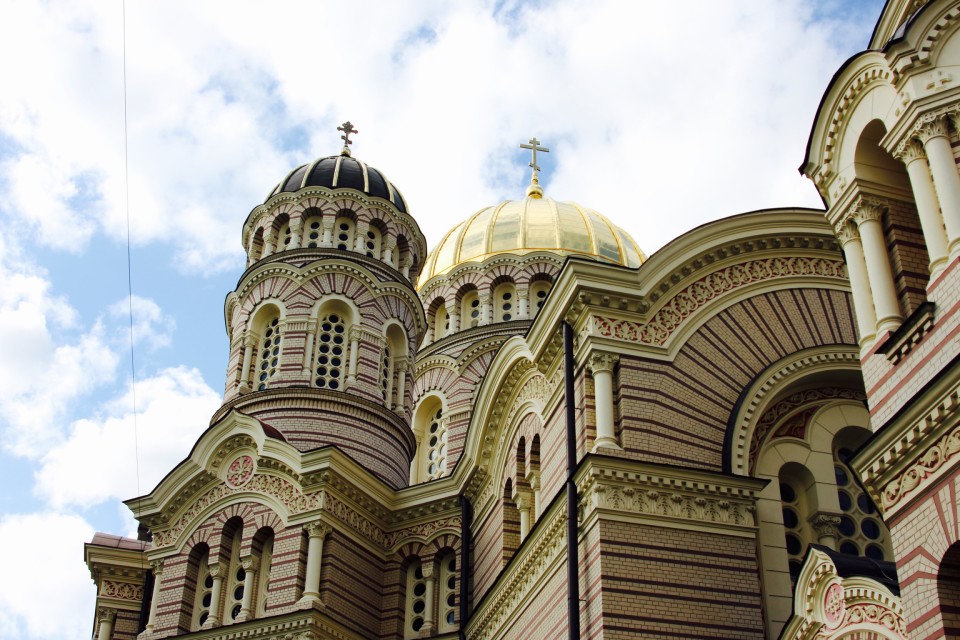 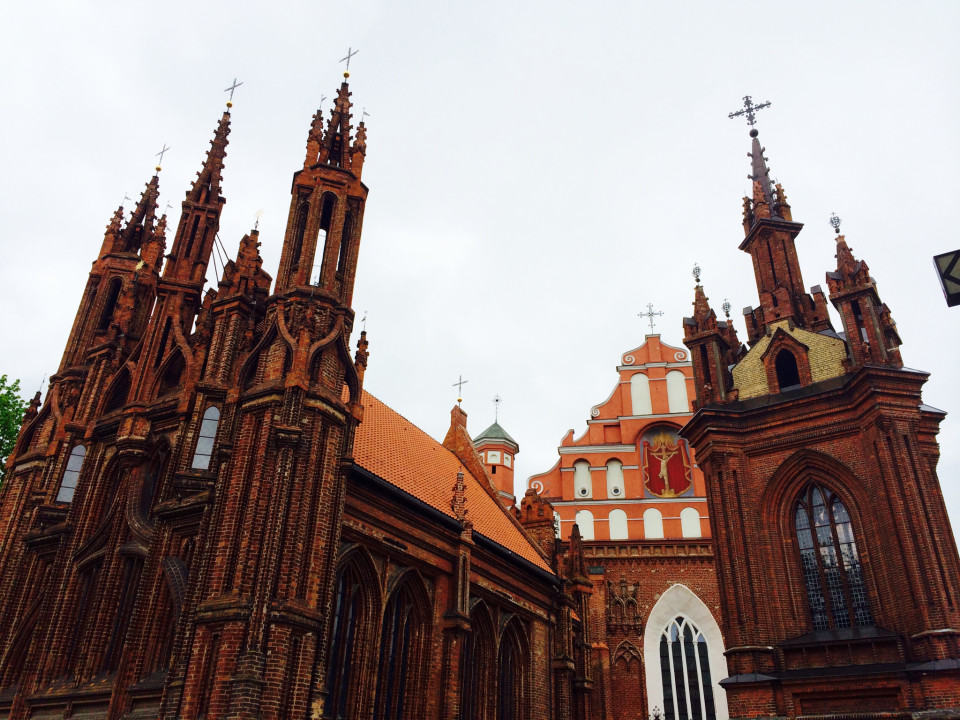 Vilnius, Lithuania from the tour of the Baltics

Can you guess which one of the Baltic Capitals was my favorite? Was it Tallinn, Estonia? Riga, Latvia, or Vilnius, Lithuania? I suspect the answer may surprise you.

THIS POST: #1 Tour of the Baltics – Tear Down That Wall!

#3 A Medieval Gem – The Schlossel Hotel in Tallinn, Estonia

Disclosure: My trip to the Baltic Capitals was sponsored by JayWay Travel, but the awe-inspiring time I had was all because of the Capitals themselves.

I haven't been to Tallinn yet, but both Vilnius and Riga were amazing. I would guess Riga! It's so beautiful. I love traveling in prior Soviet Block countries, so I look forward to your posts.

Corinne, thanks for the guess, I will let you know at the end of the series!