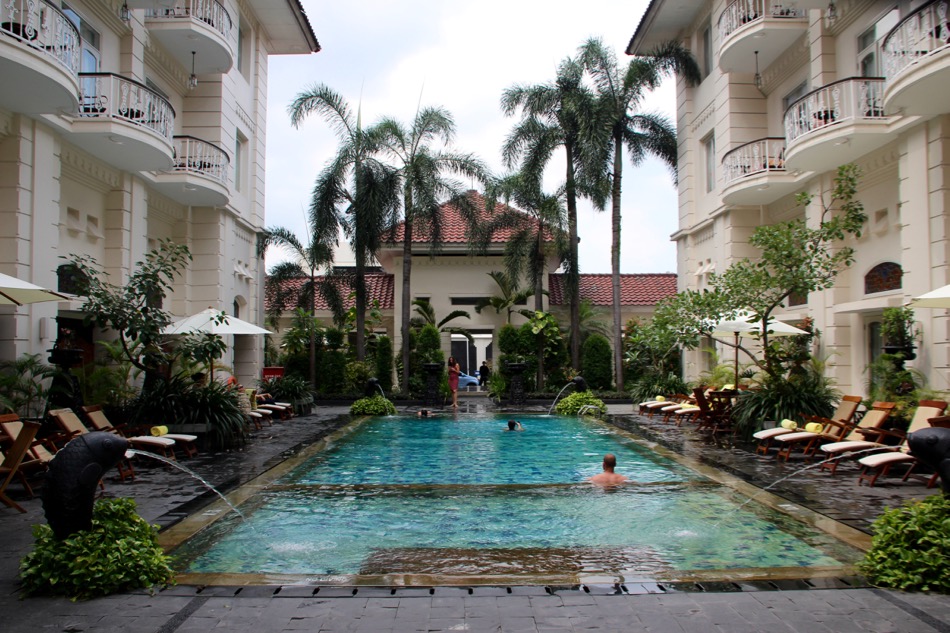 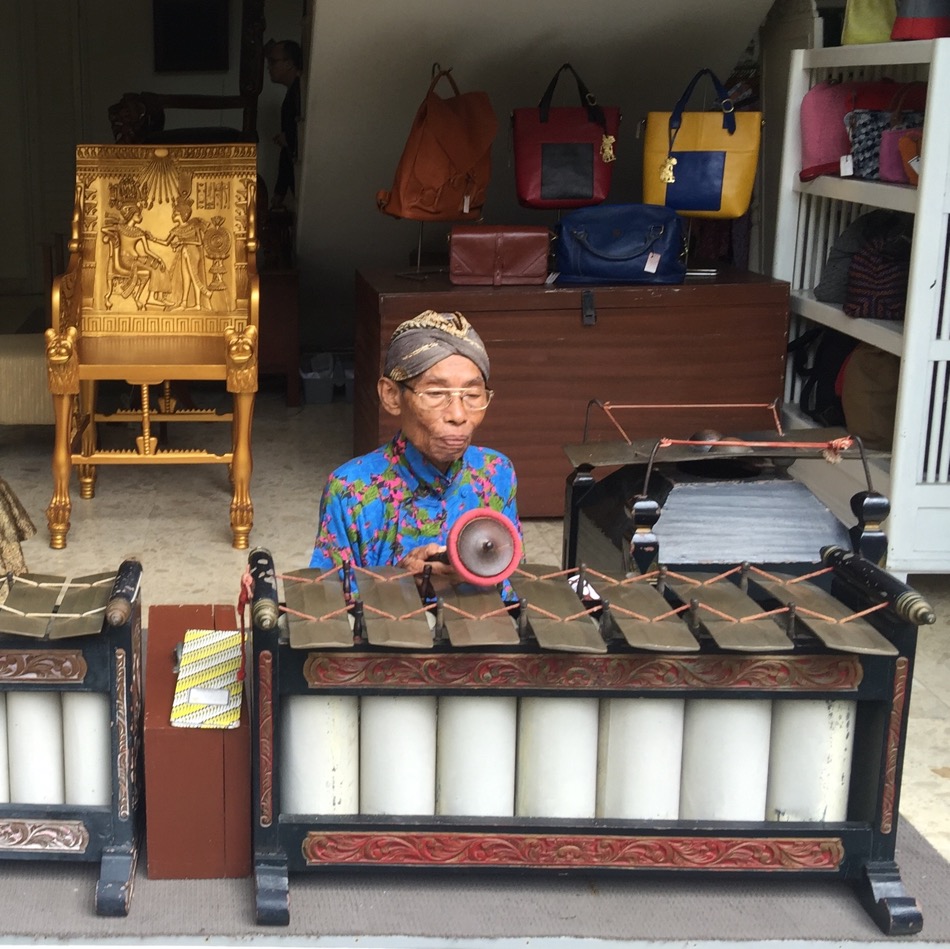 I think back in my mind as I traveled to Indonesia, and it races to the morning when I had a chance to escape the stunningly refurbished and luxury 1918 Phoenix Hotel in all its glory. I walked only about five blocks from the hotel when I had to get a police escort in order to actually cross the street. I had earlier seen some interesting color-blocked houses and wanted to go check them out. The traffic was thick and chaotic. As I approached, I realized I was seeing a clear example of the haves and the have-nots within close proximity. That morning, I had been eating a decadent breakfast with everything you could imagine on the menu at the luxury 1018 Phoenix Hotel, then came here, a mere five blocks away, where people are literally living in trash and waste. 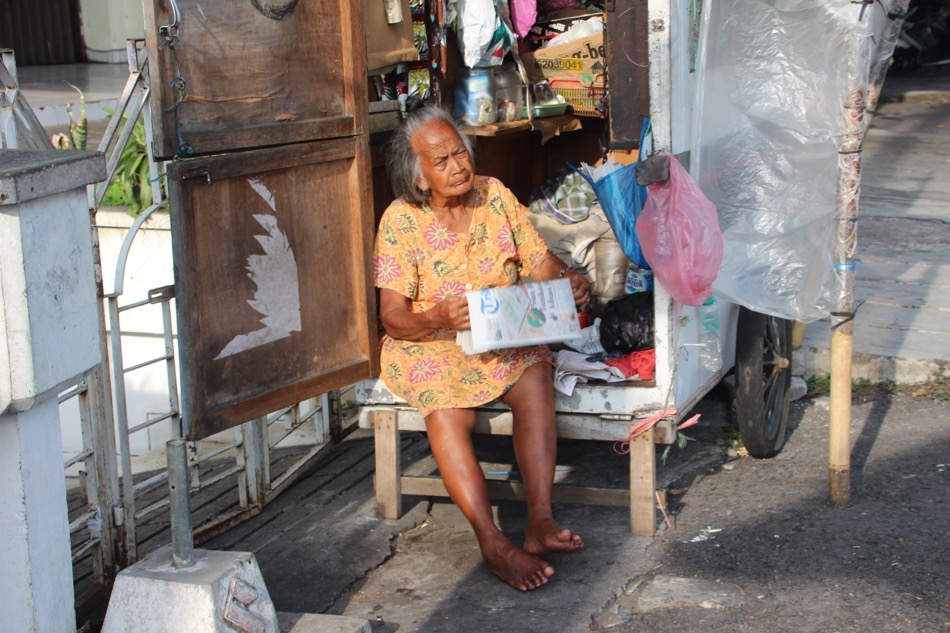 I even saw a woman living inside of a large wooden box with her feet hanging out. 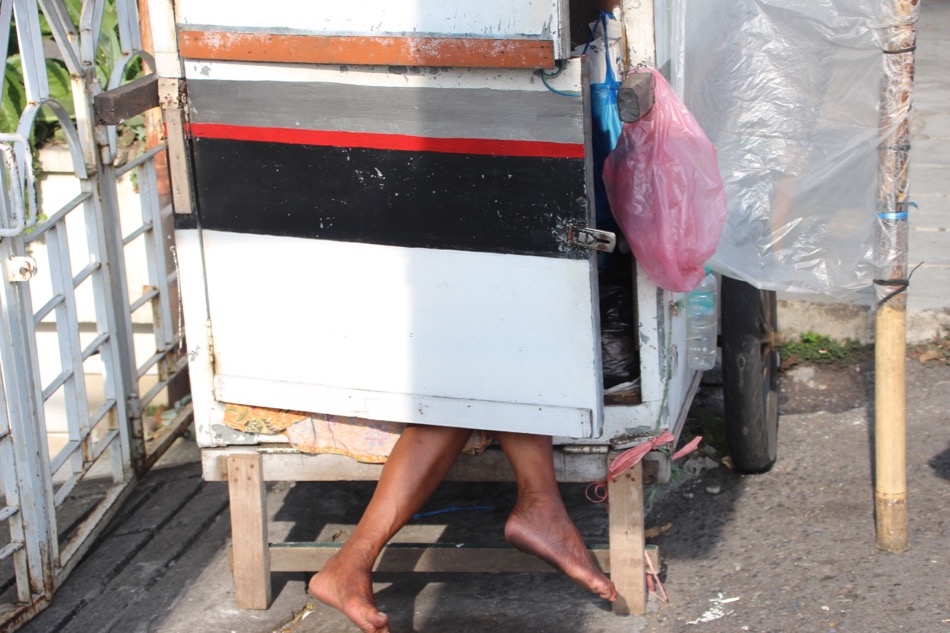 As I descended into the slums, half afraid and half intrigued, I am reminded how luck plays such a huge factor as to who we are and who we will become in our lives. 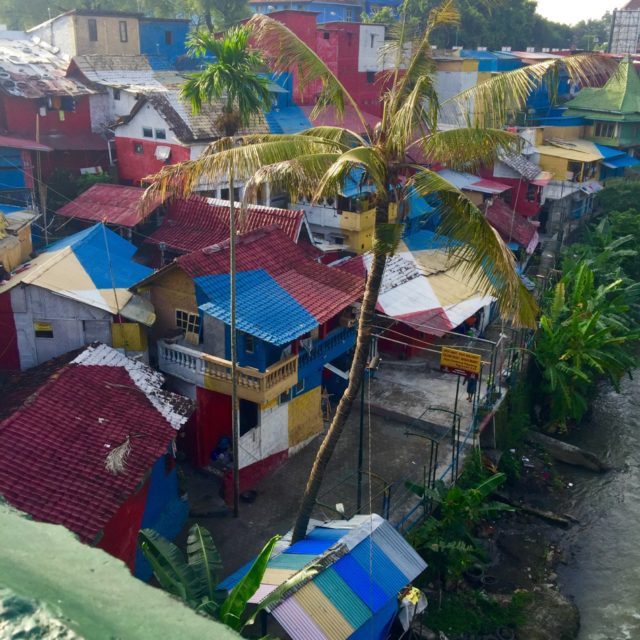 They smile and stare at me as I am coming toward them with my giant camera. 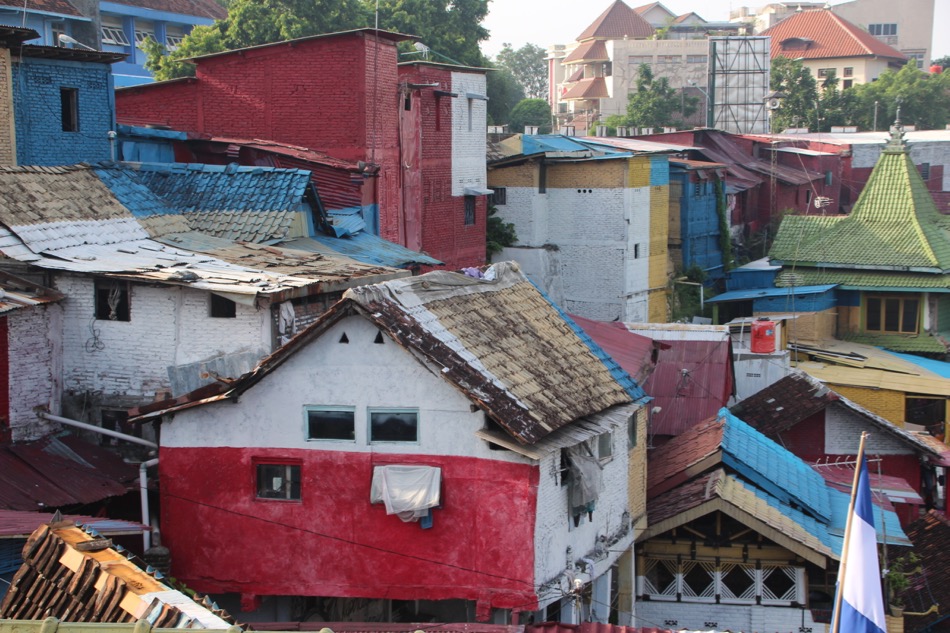 I am sure they have seen my type before. The wandering photographer coming their way is there to snap a few photos and then to escape the poverty. We don’t speak the same language, but through gestures and smiles, I understand that it is OK with them for me to take a photograph of their neighborhood. 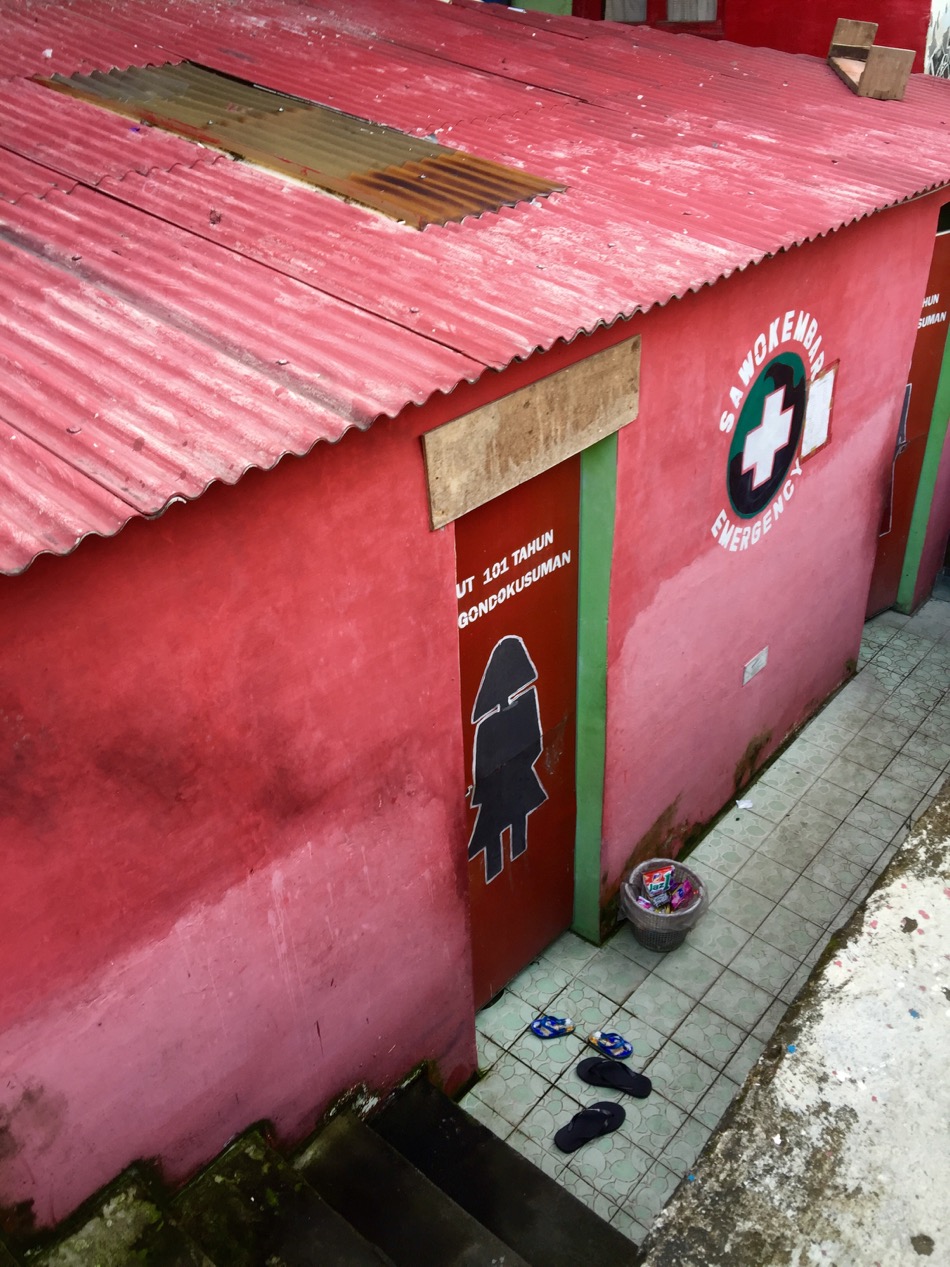 Travel to the Disenfranchised

This is not like Peru, where the poor have become so disenfranchised that they will only take a photograph for money. 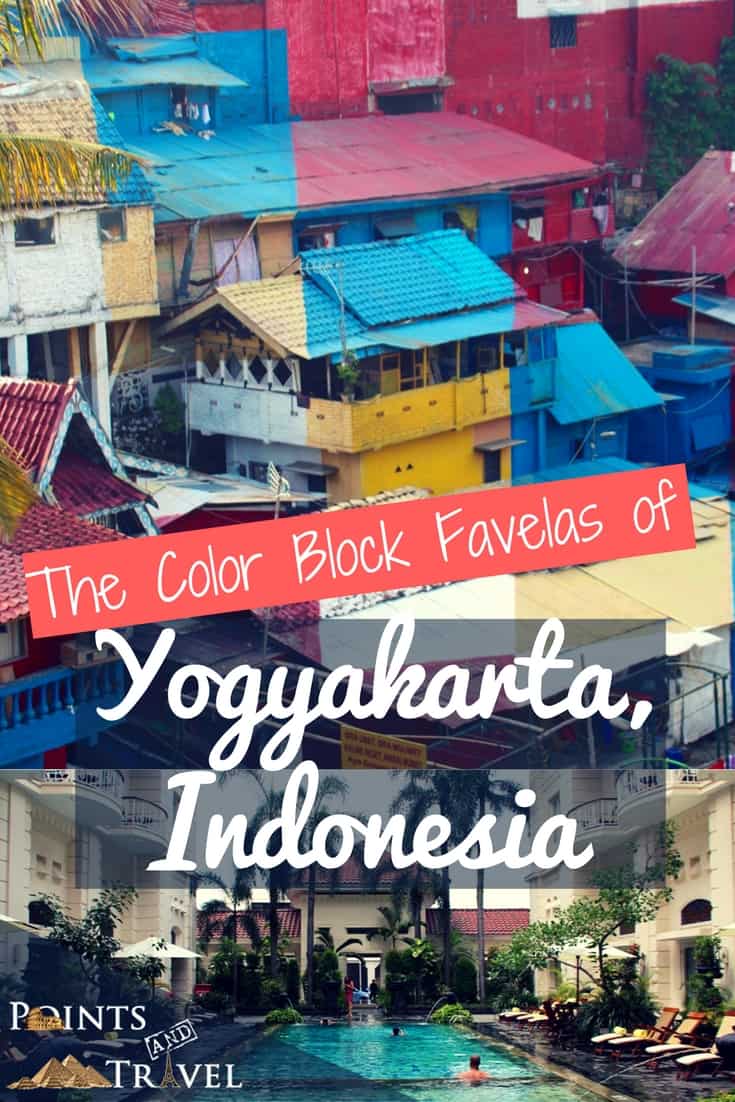 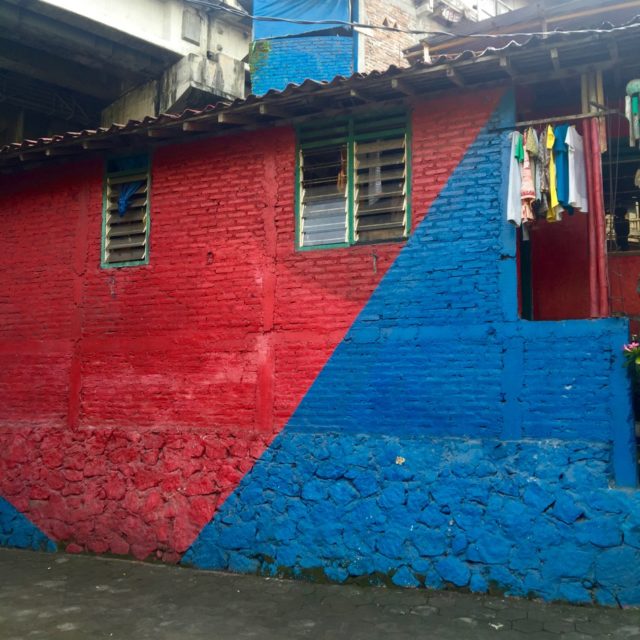 In Yogyakarta, Indonesia, they are curious!

Here in Yogyakarta, Indonesia, they are friendly and actually want you to interact with them. Soon I am summoned by a family. A good-looking man and his wife, his mother, his teen daughter, and younger son.  They hand their cell phone camera over to the friend and ask her to take a photo of me with them! They smile big and seem very happy to get a chance at a photograph of their own with a Westerner. This has happened to me more than once in other parts of the world and I do it, although this time I was covered in street sweat from the heat of the early morning. I am not as refreshed for a photo as I would like to be, but they don’t seem to mind as the perspiration trickles down my back. 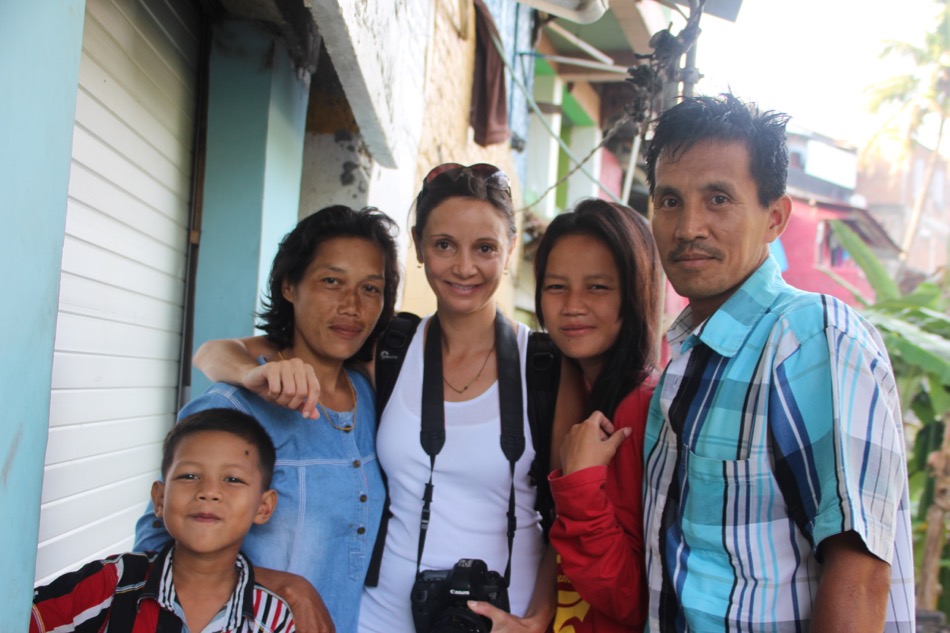 Photo of this family and the more refreshed.

I walk past a dirty staircase with graffiti, trash, and a broom. 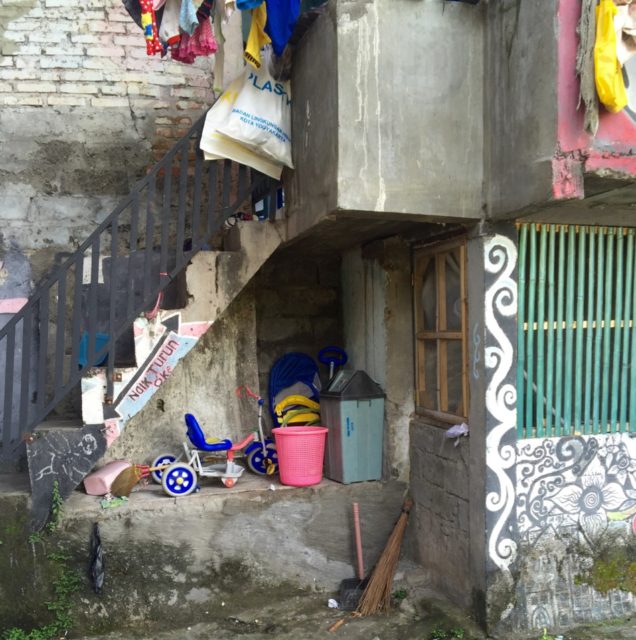 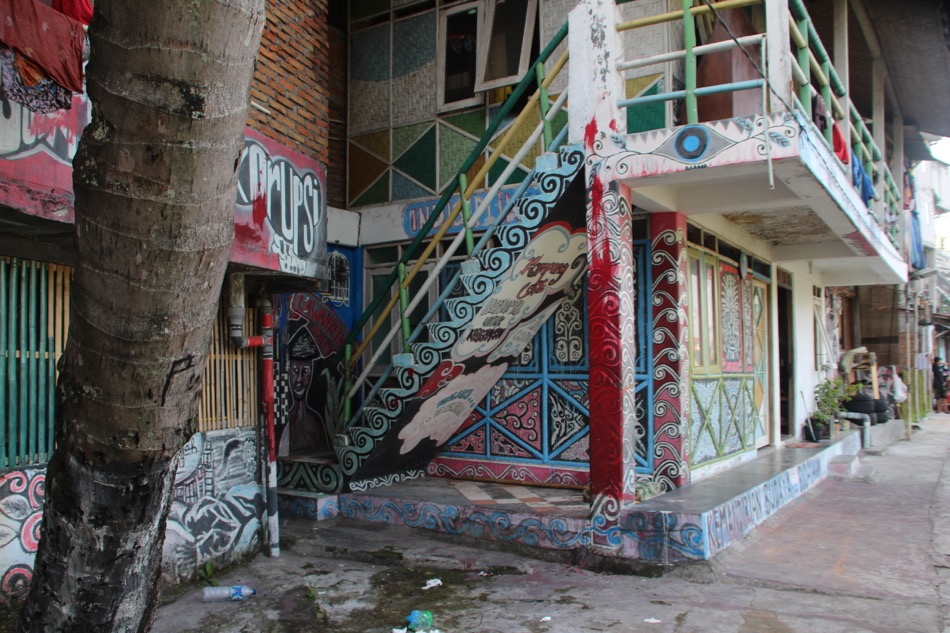 I observe that they have community showers, as I see a mother giving her baby a shower at one. 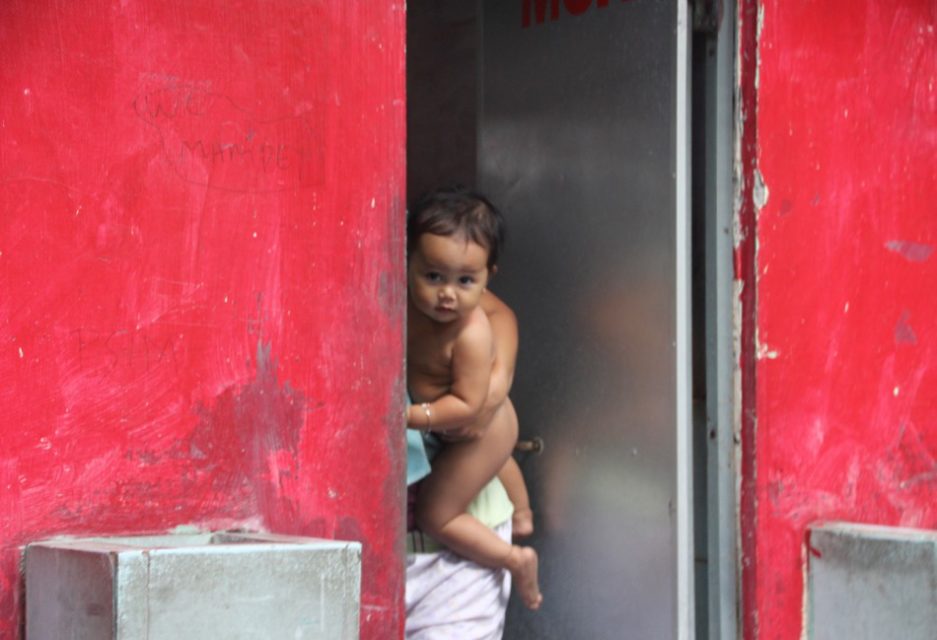 Many of the dwellers here are also disposing of their untreated greywater and waste directly into the polluted river below, as they have no septic tanks. The conditions are horrible. The accessibility to the streets is narrow and there is almost no space between one house to the next. 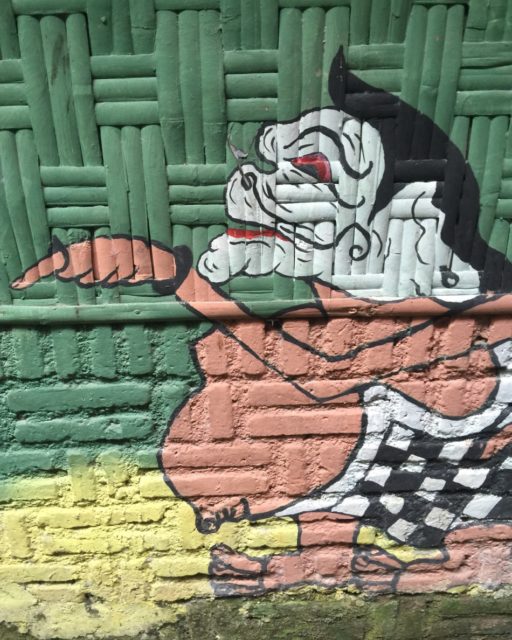 The rooms are shadowy, with only small rays of sunlight penetrating the dark. Obviously, there is no ventilation for air, as some rooms look as if they have no windows. I have heard that many dwellers here admit that some parts of the land belong to them, yet other parts belong to someone else. Many are squatters here within the favela. 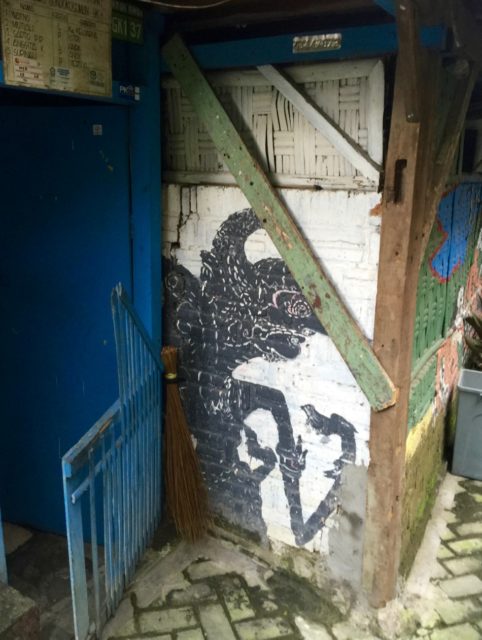 Apparently, these slums typically arise spontaneously in cities that have housing below quality level and are below the minimum standard of living. They are unhealthy to live in and are not supported by infrastructure services such as water supply, sanitation, drainage, emergency access roads, etc. In many areas of the world, they are known as shantytowns or favelas. 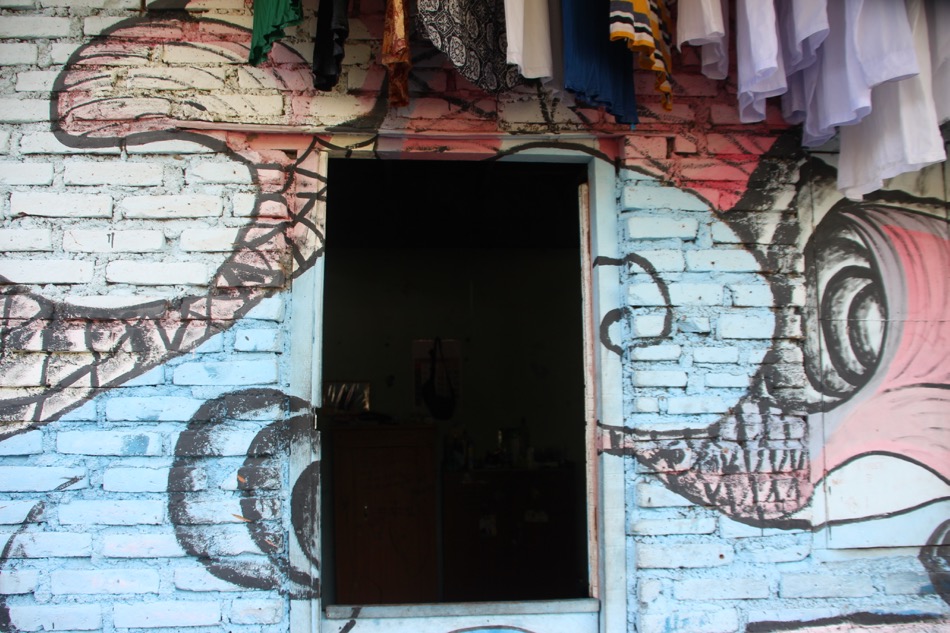 The only bright spot I see is the fact that community artists are trying to change the look of these slums by decorating them in bright color block colors. 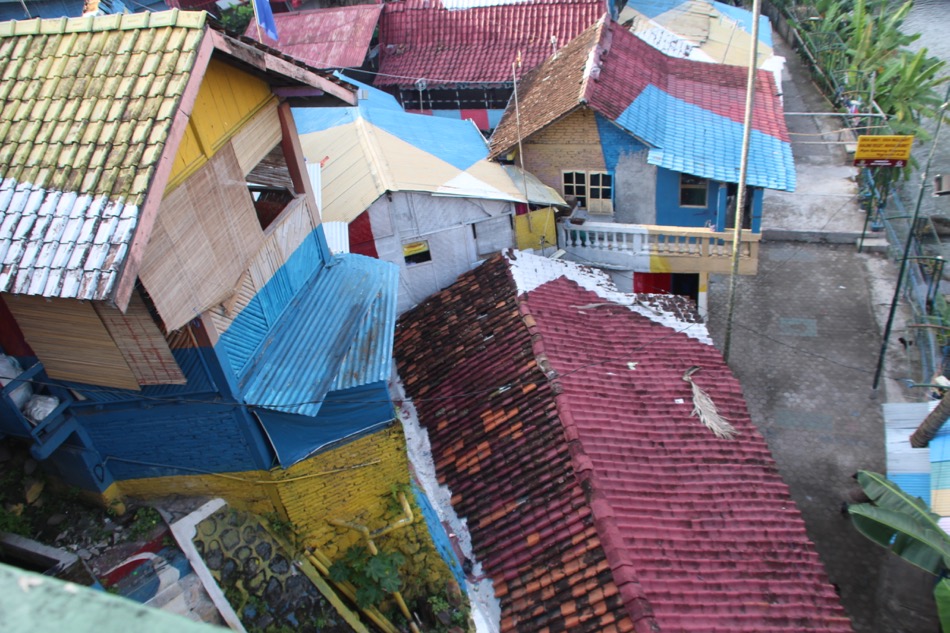 The images almost look unreal, as when later I sent a photo I had taken to my son on his iPhone, he almost didn’t believe it was real. He thought I had doctored it. But I can attest to the looks that these artists have created. It truly does add a bright spot to the lives of these people. It also brings in people like me, to help show the world the conditions under which they live. 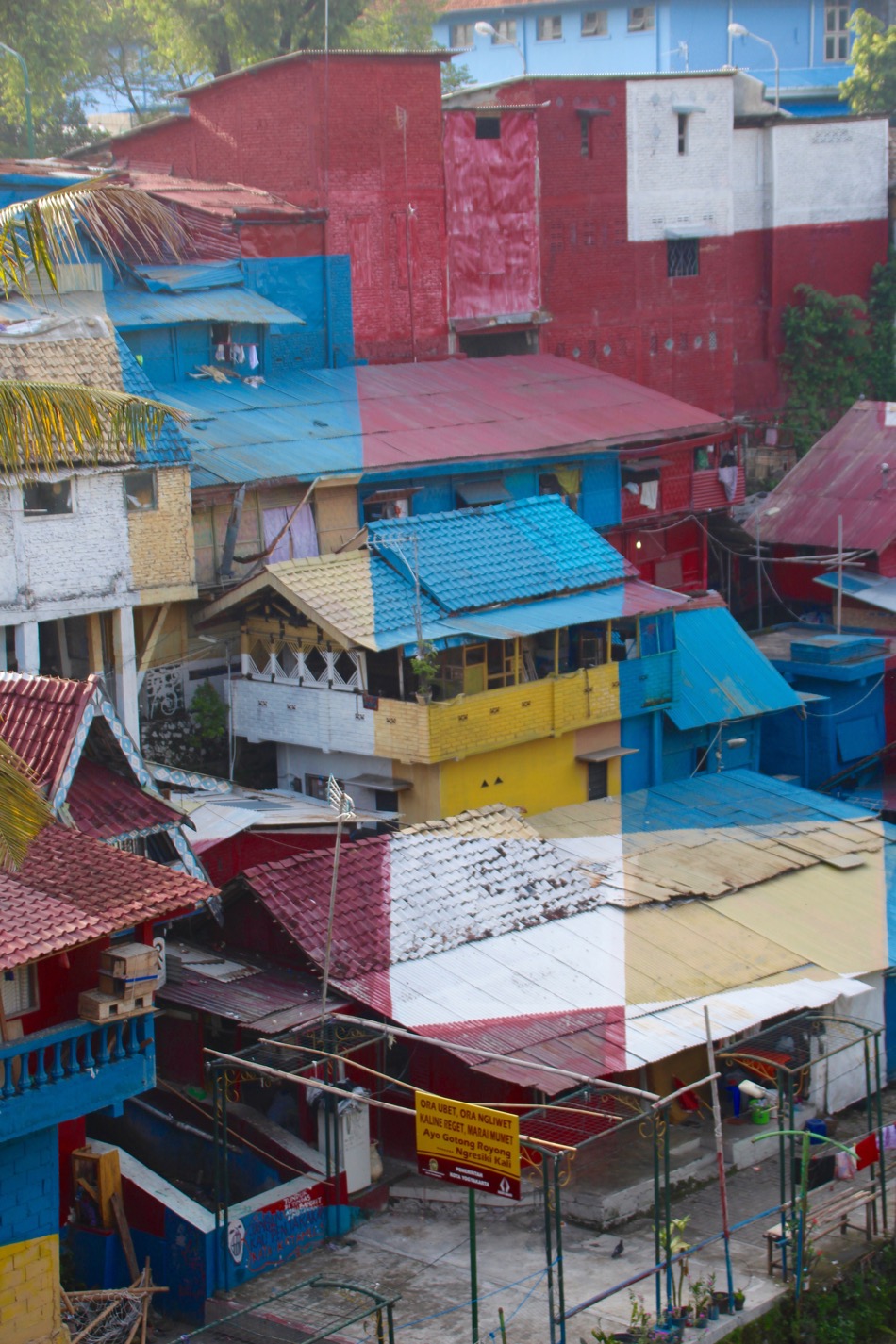 The innovation and creativity of the artist trying to shine a light on these towns make life hopeful, yet almost unbearable for most of its inhabitants. 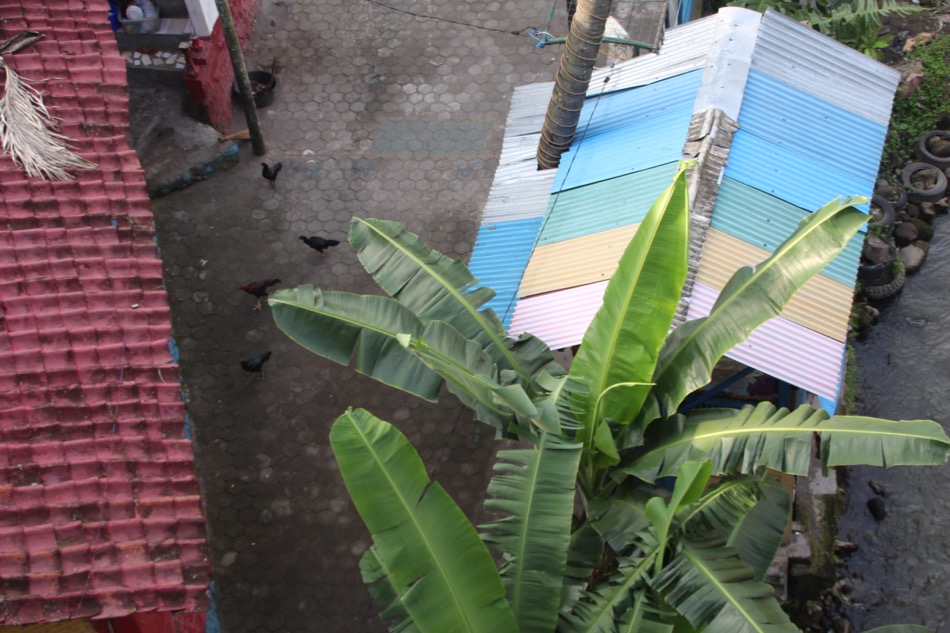 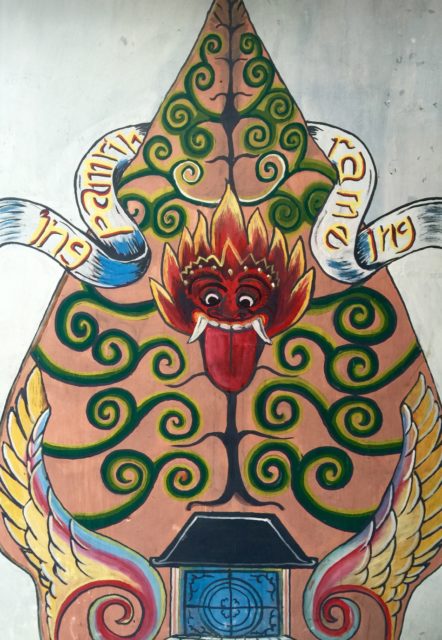 Disclosure: My trip to Indonesia was sponsored by the Tourism Authority of Indonesia

The Best Places to Visit in Indonesia

Travel to Indonesia to learn the Art of Batik

An Off-Road Experience in Bandung, Indonesia 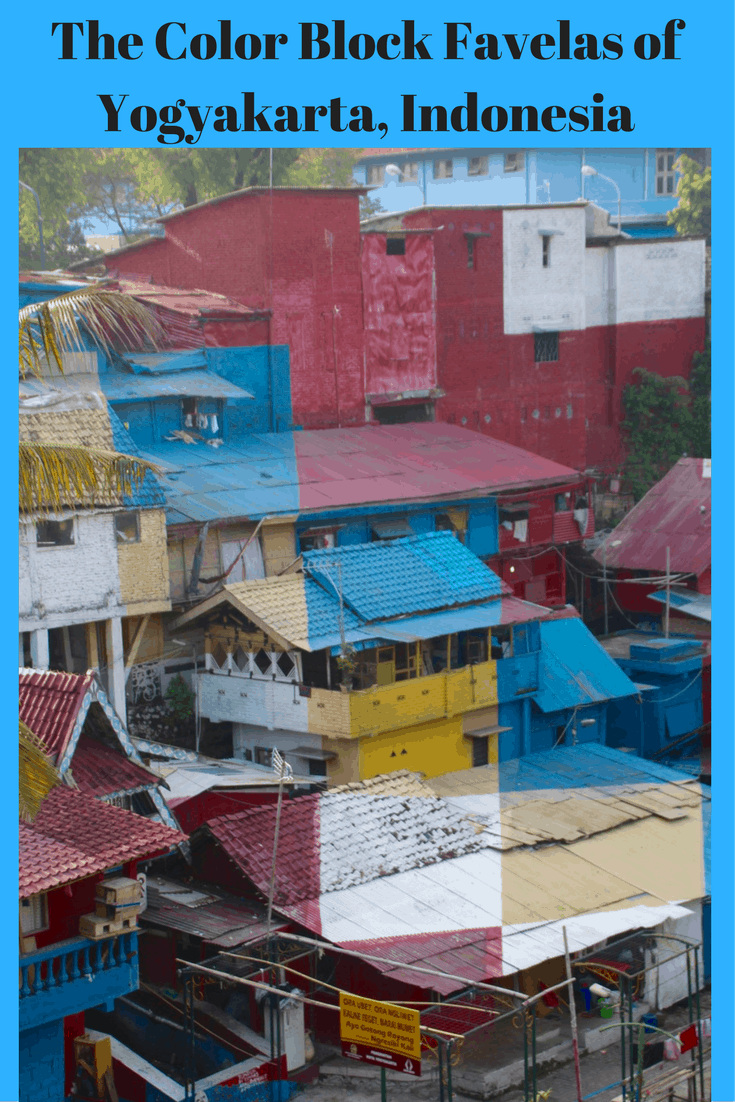