Home » Adventure » Mexican Symbols and What They Mean

Mexico is known for its rich history, culture, and tradition. Also, it is the third-largest country that you will find in Latin America. The country, which is part of North America, has seen sociological and political changes over the centuries. However, there is still evidence of its past events and traditions today. 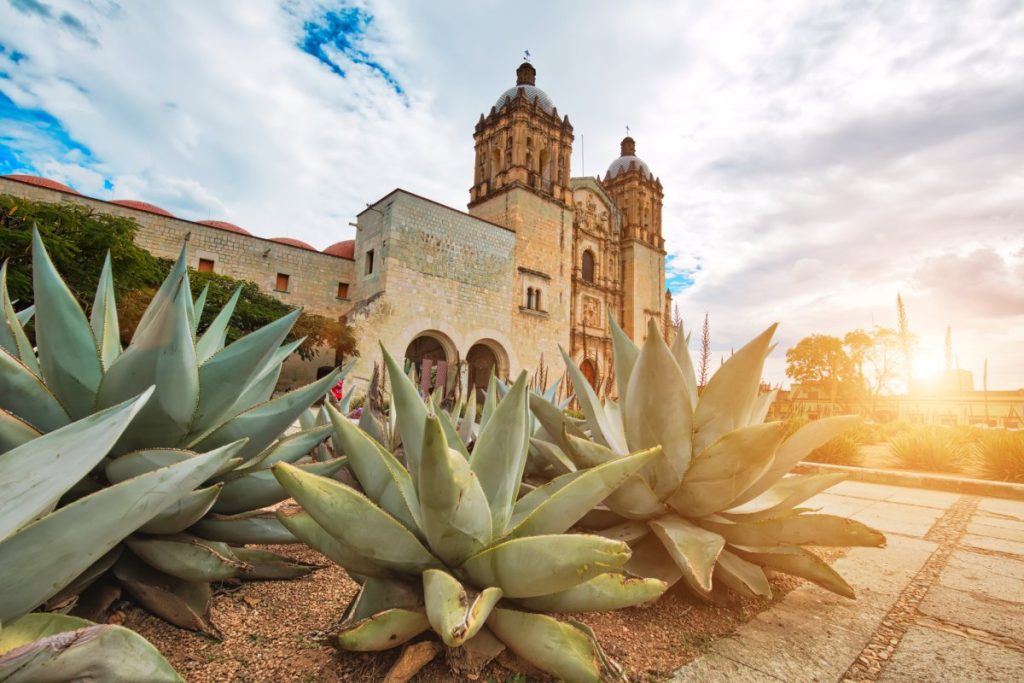 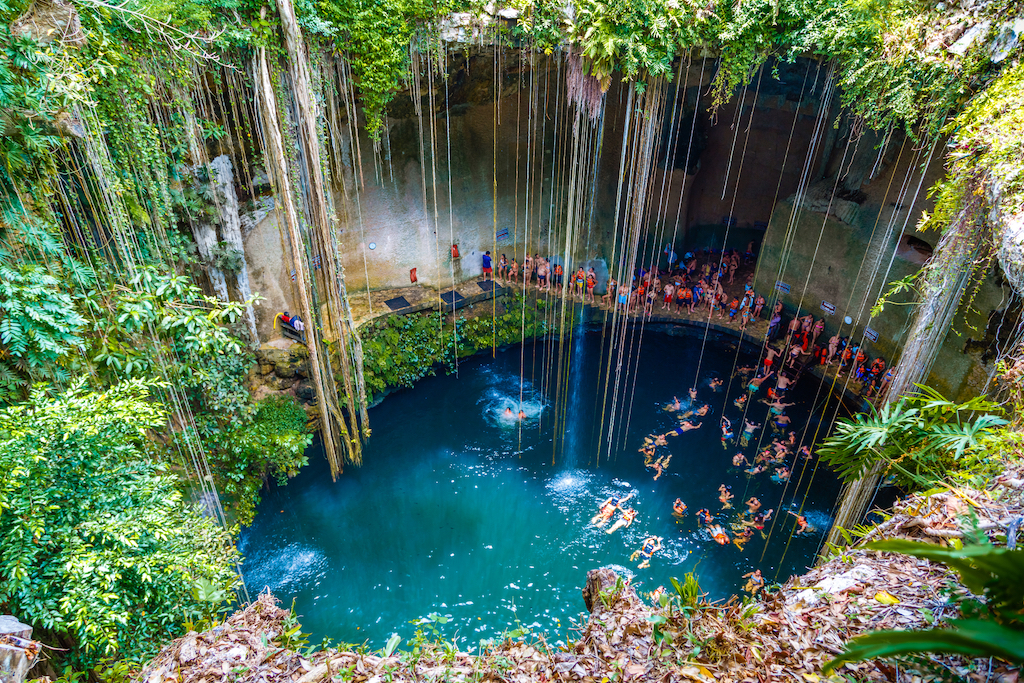 In fact, there are parts of Mexico where indigenous people still live today. These are the Mexican native Americans whose everyday life is similar to that of their ancestors and they still speak their indigenous language. There are more than 16 million in terms of the native population in the country.

Additionally, there are several pre-Columbian ruins found here. Among these are Chichen Itza in the Yucatán Peninsula and the ancient city of Teotihuacan.

A Brief History of Mexico

In order to understand the culture of Mexico better, going back to its history is a must. The federal republic of Mexico has 31 states. Before it became a federal republic, it had a long and impressive history. 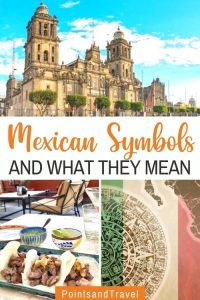 The Olmecs were the first known society to arrive in Mexico. They established themselves on the Gulf Coast. It is near the area now known as Veracruz. There are two main centers: San Lorenzo and La Venta. After years of wandering, more villages sprung up over the years during 300 B.C.

Teotihuacan once stood near what is now known as Mexico City between the years 100 B.C and 700 A.D. The influence of their culture is still visible in the Veracruz and Mayan regions.

The Mayans were the most brilliant civilization that lived in Mexico. They invented their own writing and calendar system. Additionally, they built cities that worked as hubs. These helped the nearby farming towns. However, their civilization disappeared by the 10th century. 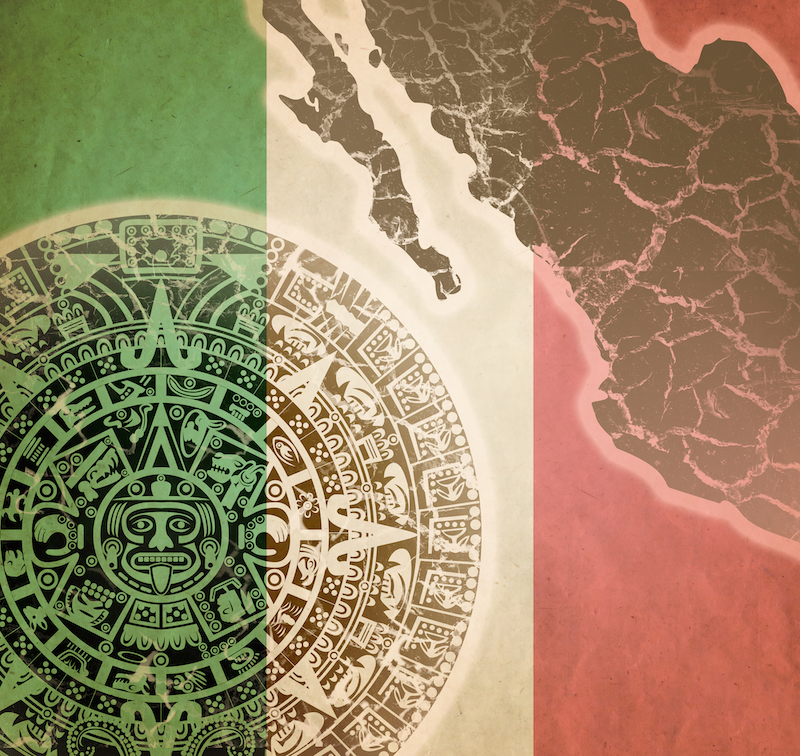 The Aztecs were the last of the great pre-Columbian civilizations in the country. They appeared around 1427. They formed an alliance between the Mayans and Toltecs to become stronger. Their empire spanned the country from the Pacific Ocean to the Gulf Coast.

The Aztec King Montezuma II invited the Spaniard Hernan Cortes to his kingdom. However, his gesture led to the Spanish conquistadores taking over their land. It led to the fall of the Aztec people and their kingdom. By 1574, Spain controlled most of the Aztec empire. However, the Spaniards brought diseases to the country. It killed millions of people during that time. It was at this time that the influence of the Catholic Church came to the country.

The Dolores parish priest, Miguel Hidalgo y Costilla, issued a call to rebellion on September 16, 1810. Historians believe that the first national flag flew at this time. The flag bore the image of the Virgin of Guadalupe. Rebel leaders took up the call to achieve their independence. They did this by drafting the Mexican Constitution. However, they failed to achieve their desire. This led to a new empire.

The Second Mexican empire began from 1864 to 1867. It was an attempt to bring back the glory of the Napoleonic times. Fast forward to 1910, and the country was in a revolution. The Mexican people got tired of the inequality in their country. In 1910, they initiated the Mexican Revolution. The revolutionary army fought for 10 years before they achieved their goal.

Recent years showed that more foreign-owned plants and companies appeared in Mexico. The North American Free Trade Agreement has helped with this. There was an increase in the financial ties between Mexico and the United States. Although the country’s economy remains fragile, it still plays a huge role in Latin America. 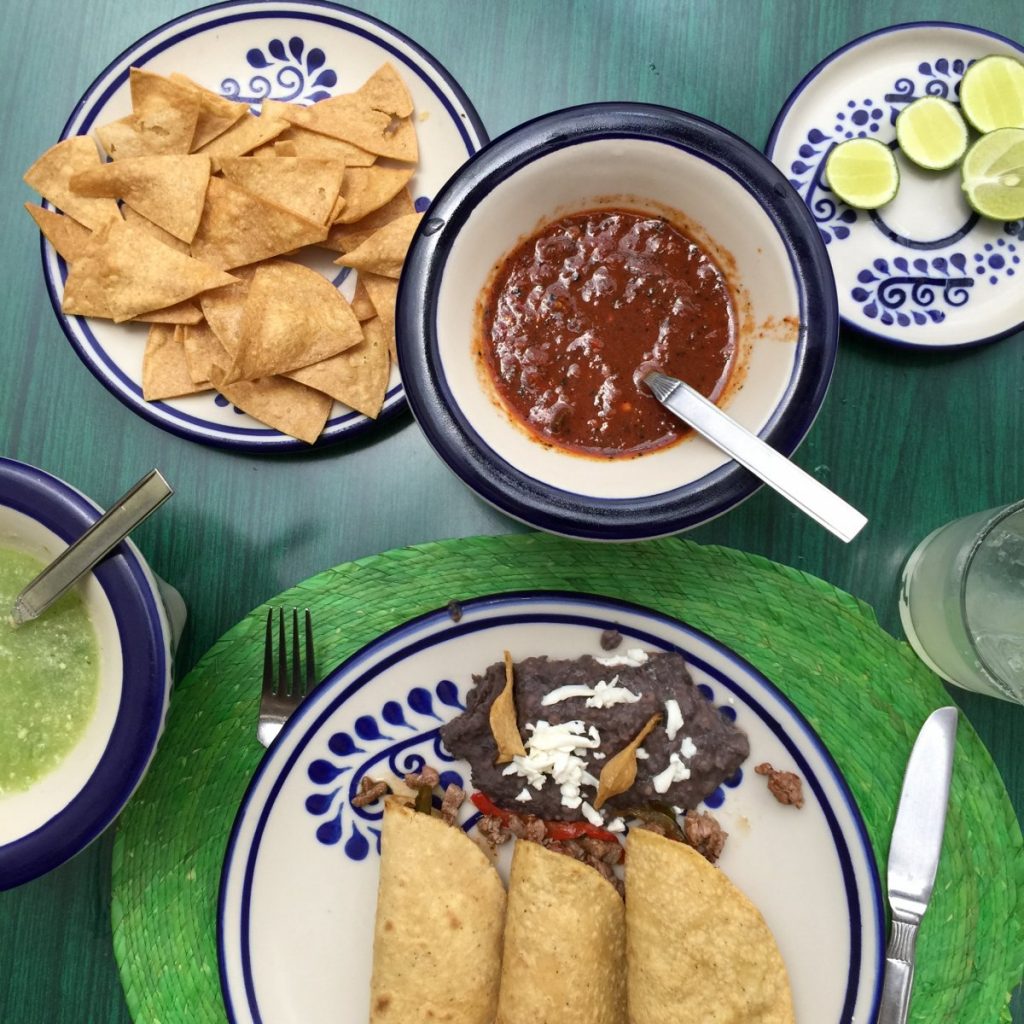 Nowadays, Mexico’s travel and tourism are helping drive the country’s economy in Central America. After all, there are several gorgeous beaches and tourist attractions here. These tourist hotspots have enticed foreigners to explore the land. Among the favorites are Puerto Vallarta, Acapulco, and Cancun just to name a few. You can find them near the Gulf of Mexico.

Mexico has a vibrant culture that is worth learning. Different cultures that previous civilizations had are still being followed today. Aside from that, it is interesting to learn the symbolism of the culture, flags, and traditions here.

The Mexican flag, known for its vertical stripes, is the most important symbol of the country. Its history dates back to Aztec culture. It has undergone several changes over the years. According to Aztec legend, the people will know where to establish their city through a symbol. In ancient times, this symbol was an eagle perched on a prickly pear cactus.

This image depicts the country’s national coat of arms. You will find this on the white stripe of the flag. It also bears the image of a laurel branch. This symbolizes honor and victory. The flag bearer carried it for the Olympic Games. There were instances when the Mexican flag did not bear their coat of arms. However, it resembled that of the Italian flag. 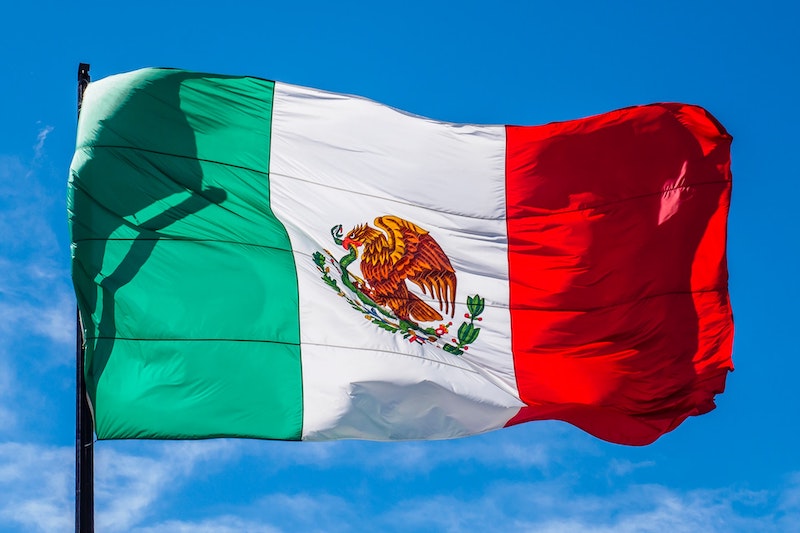 It was during Mexican Independence Day when the design of the flag of Mexico came to be.  The colors of the Mexican flag are green, white, and red. Each color has a meaning. First, the color green represents Mexico as an independent country. Second, the red meant the union of the Mexican natives and European elites for unity. Third, the color white was for the purity of Roman Catholicism.

However, the colors of the flag today have different meanings. The white represents unity, green for hope, and red represents the blood that was shed during the War of Independence.

Traditional Mexican Cuisine is a part of the Mexican heritage. Mexican food has evolved throughout the ages. They used corn husks and served mole on special occasions. For example, they are present at all birthday parties,quinceañera, weddings, and any old backyard bbq. The basic elements of Mexican food are corn, lemon juice, and chili peppers. 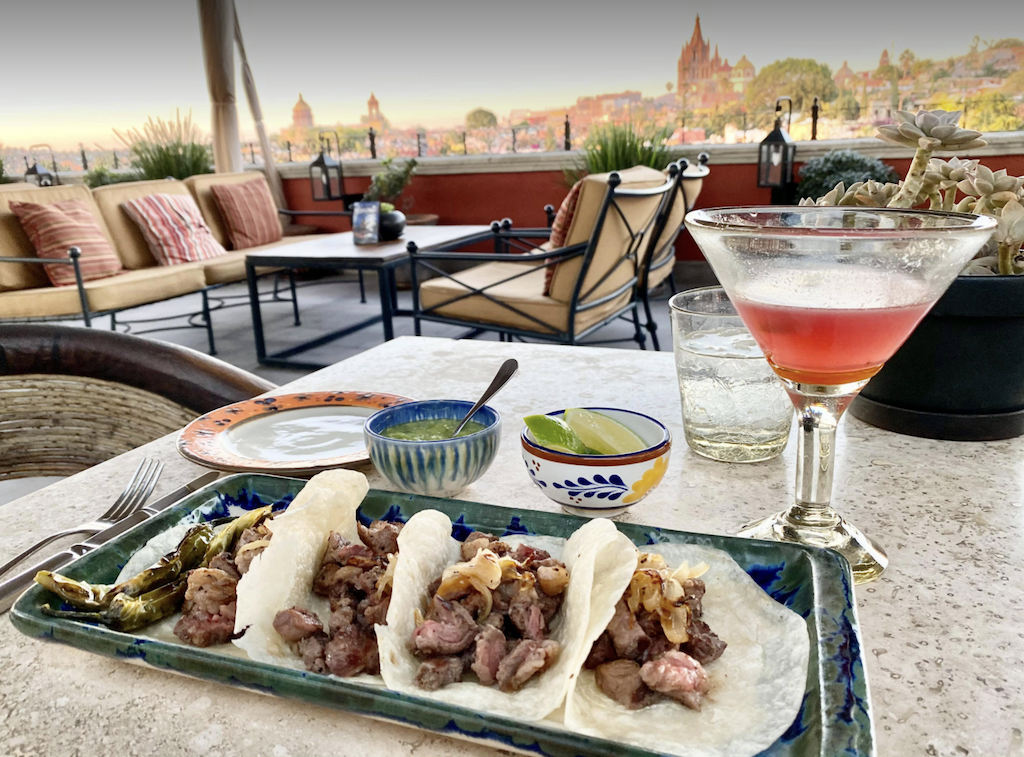 Among the popular dishes in Mexico are tacos al pastor, tortas, and soups just to name a few. Other things that are fun to order are Chile Relleno, tacos, and burritos. Plus, the Mexican’s love to drink, so you should include tequila, mezcal, and margaritas! 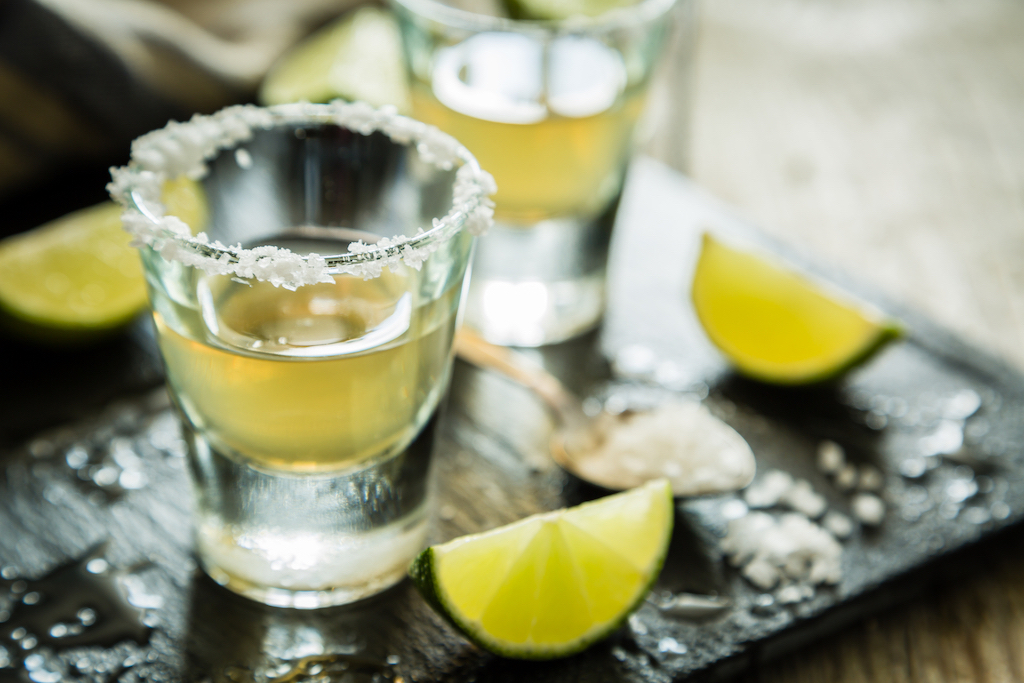 The cross is a symbol that fuses Spanish and Mexican cultures. Roman Catholics associate it with the death of Jesus Christ. The Spaniards appear to have been deeply religious in their faith. In many respects, Spain was one of the most Catholic countries in all of Europe since they were trying to rid themselves of the Muslims and Jews. 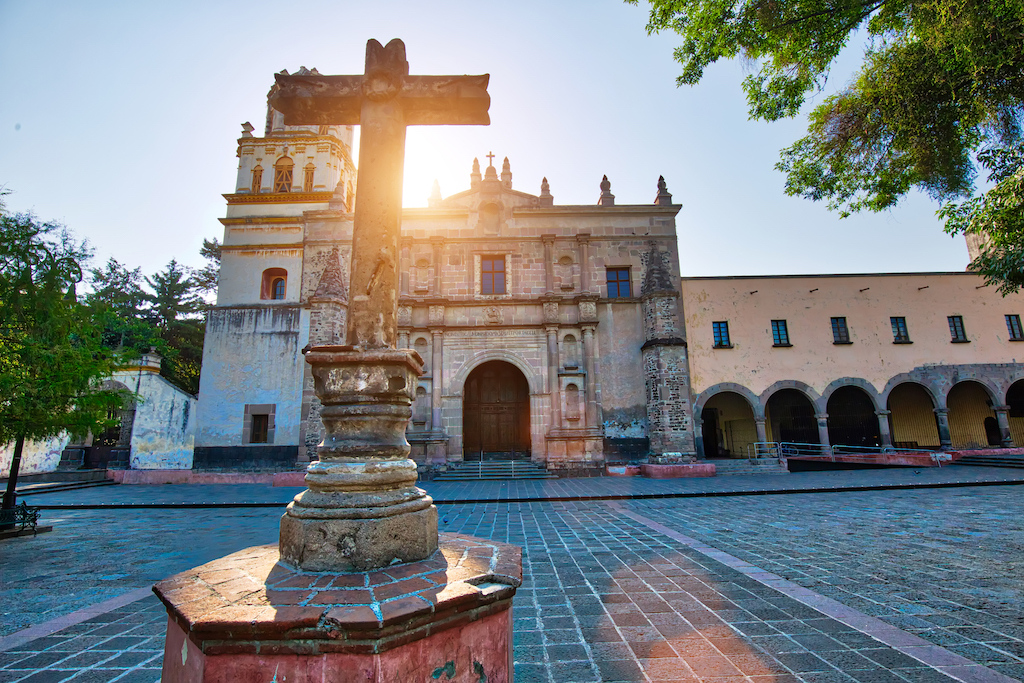 Parish of San Juan Bautista on Hidalgo square in Coyoacan

However, in Mayan culture, the four points of the cross depict the wind’s direction. Religion, and respect for religious institutions, are of great importance in the lives of Mexicans, thus the Mayan people. In fact, the Mayans overwhelmingly report that they believe in God. And that religion is important in their lives. The majority of the Mayans (Mexicans) attend religious services regularly.

Mariachi music is from the people who live out in the country. Their songs, like La Bamba and La Cucaracha, have deeper meanings related to the struggle for money and for the land. If you listen closely, their lyrics are about machismo, betrayal, love, and revolutionary heroes. Today, their struggles are real. 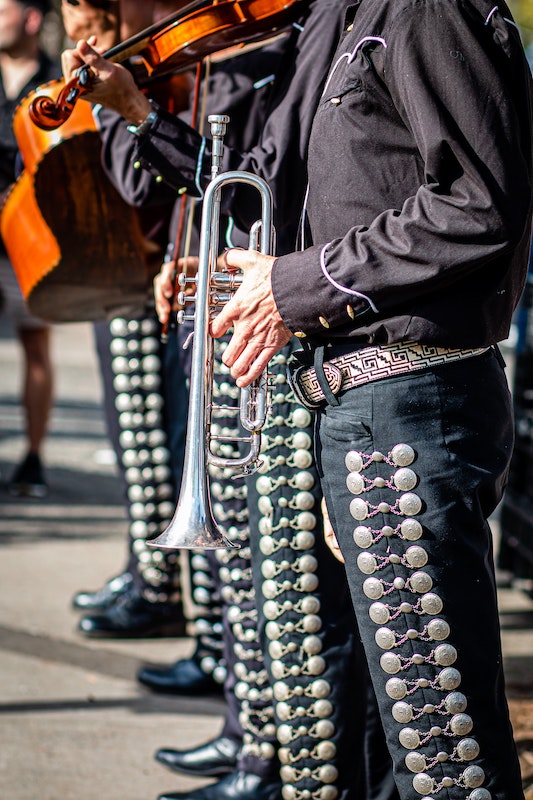 The mariachi bands that we listen to today actually originated in the 19th century. They started in the Mexican state of Jalisco in Cocula. Mexican music today is referred to as “La Cuna del Mariachi” or “The Cradle of Mariachi.” It developed in the northeast region of the country. This is where mariachi music evolved over time. By the end of the 19th century, the “cocula” or the “vihuela”, two violins, and the guitarrón (which replaced the harp) were considered the instruments of the mariachi. But today, the make of the Mariachi band is the classical guitar, two trumpets, and more violins.

The Catedral Metropolitana (the Metropolitan Cathedral) is the national cathedral in Mexico. It symbolizes the conquest of Tenochtitlan by the Spanish Conquistadores. It is an impressive symbol of the Catholic faith. In the zócalo. as it towers over the city. It is one of the most striking buildings in the square. And anyone who’s visits Mexico City should be impressed with the imposing cathedral. The full name of the cathedral is “Metropolitan Cathedral of the Assumption of the Most Blessed Virgin Mary into Heaven“! Wow! What a name! 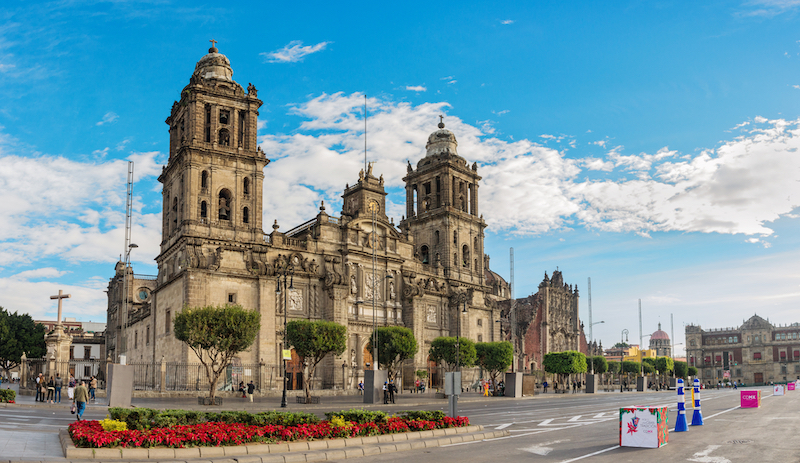 This is one of Mexico’s most treasured architectural masterpieces. Inside you will find high ceilings and walls that are covered with murals. Plus there are 16 unique chapels. Be sure not to miss the high altar.

The National Palace stands on the site of Moctezuma’s palace. Built in 1563, this building housed the three branches of the government. Today, only the executive branch uses the old building. If you visit here, you can also see the famous murals done by Diego Rivera.

The current national flag has its own holiday called Flag Day which is held every February 24. You can feel the national pride of the people during this event as they sing the national anthem. The President of Mexico leads the flag-raising ceremony. An incident in Northern Mexico saw a soldier holding the flag and gets thrown about because of the strong winds.

Sugar Skulls are often associated with Día de Los Muertos (Day of the Dead). The people used sugar, chocolate, or clay to make these skulls. During Dia de Muertos, you will see them as decorations in altars to honor family members who have died. 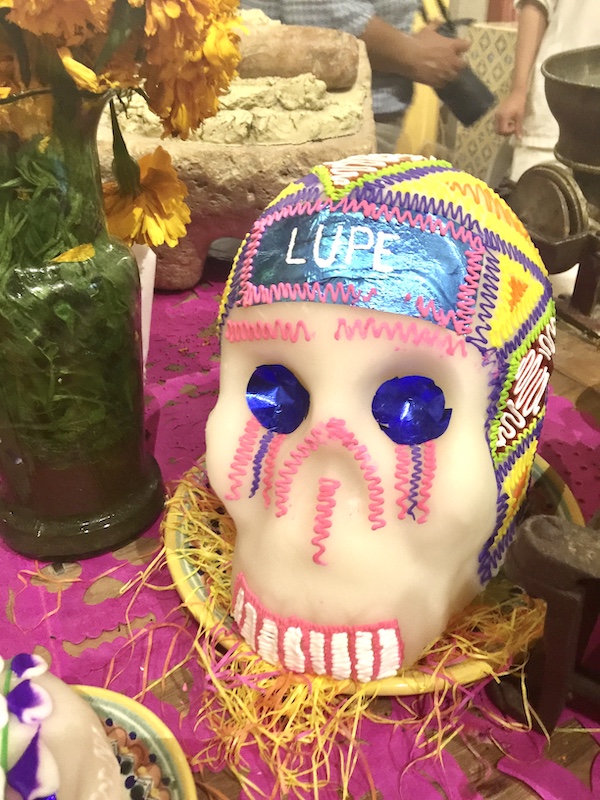 The Day of the Dead is a national holiday in the country. In the Catholic calendar, it is the same as “All Saints Day” and “All Souls Day”. Additionally, women paint themselves in the image of La Catrina during El Día de Los Muertos.

The Calaveras of Mexican illustrator Jose Guadalupe Posada was quite popular back in the day. This was because he would use skeletal figures to depict the social and political unrest. This was before the 1910 revolution which helped him become famous. 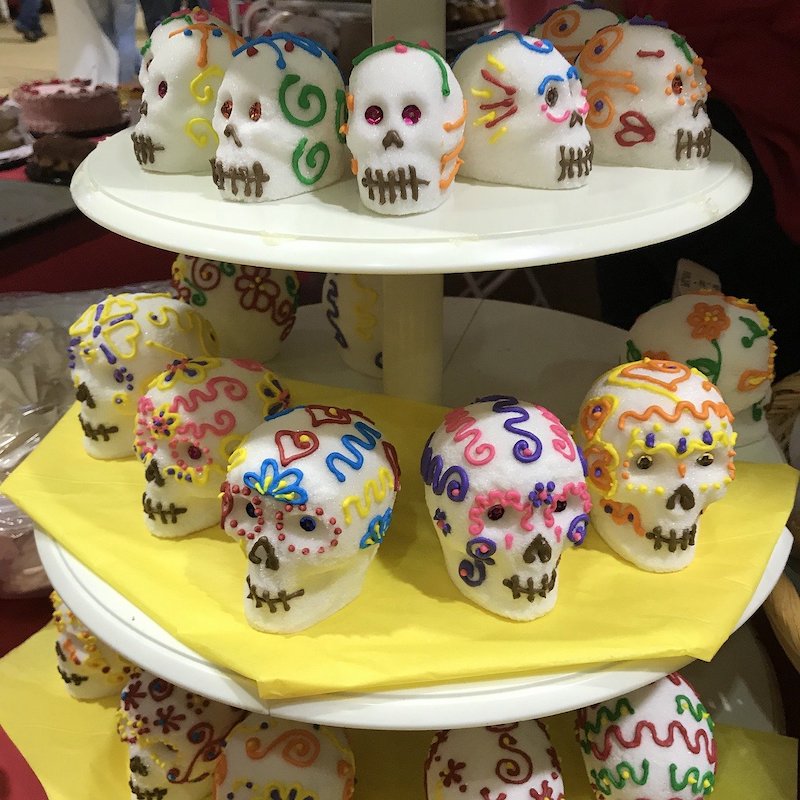 Mexican society believes that the Monarch butterfly symbolizes the souls of the deceased. They have become decorative pieces during Dia de Los Muertos. 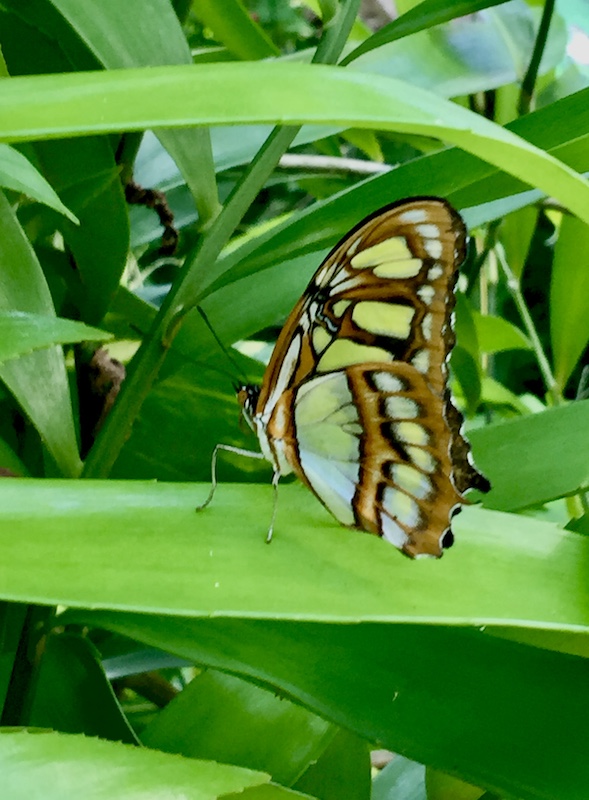 According to Aztec culture, the eagle symbolizes strength and power. It was their symbol for the 15th day in their own calendar. Mexicans believe that those who were born on that date will have the qualities of a warrior.

Papel Picado or the perforated paper plays a role in Mexican culture. It is commonly used as decorations during secular and religious events. Their vibrant colors are often cut to depict certain scenes based on the events. Their colors also have meanings too. For example, purple is for the Catholic religion, white for children, black paper for the underworld. 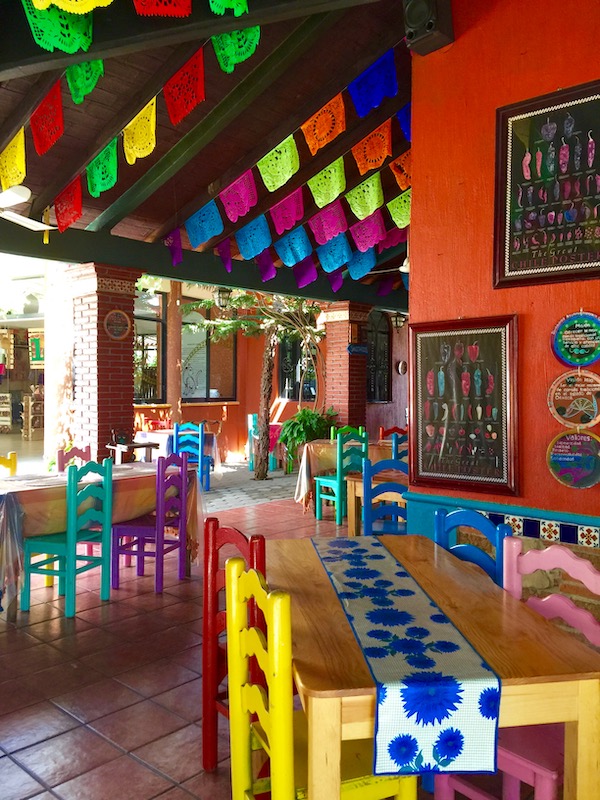 Maize or corn was the main crop of Mesoamerican culture. The Aztecs celebrated each phase of the crops’ growth. What was impressive was the colors of the maize back then. They came in various colors, unlike the corn that we eat today.

The Mexican hat dance is the national dance of Mexico. It started out as a courtship dance where men and women wore the traditional clothing of china poblana and charro suits. The China Poblana/suits are considered a traditional dress or suit that women and men wore in Mexico, especially in the city of Puebla, Mexico. Mariachi music is often performed by mariachi bands or an ensemble using string instruments that sing along. 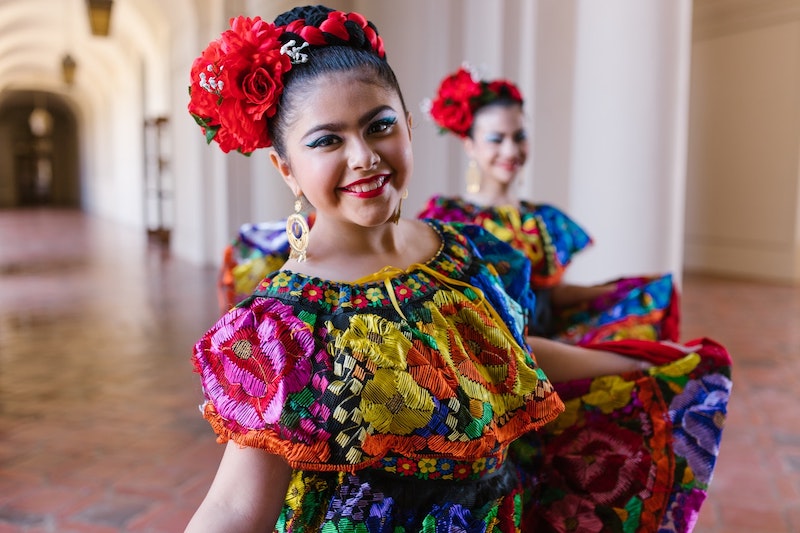