Things to do in Stavanger, Norway!

Stavanger is a city that is close to the fjords and mountains along the southwestern coast of Norway. It is a place where it is easy to go hiking and to explore the famous fjords of Norway. I honestly was not expecting such a pleasant little city when I rode the Oslo to Stavanger train. Stepping outside of the train station, one of the first things I noticed was a huge lake right in the middle of town called Breiavatnet Lake. It had flowing fountains and was situated in the middle of a park. It was fabulous and the day was perfect! 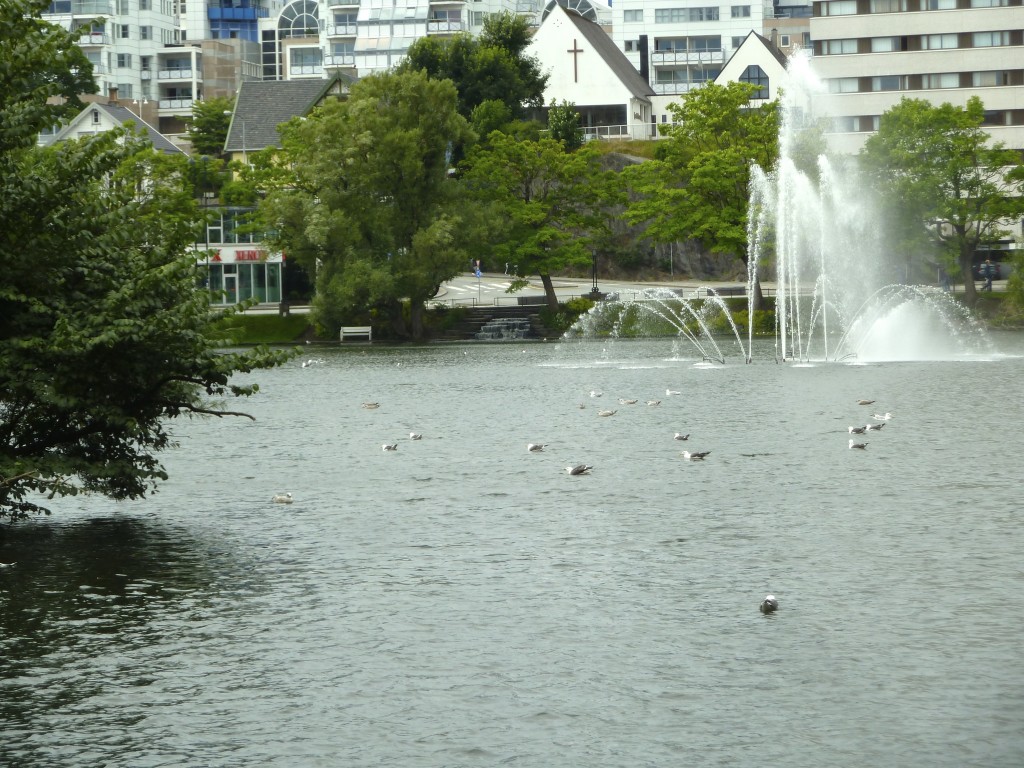 Contents hide
1 How to Get To Stavanger, Norway
1.1 Oslo to Stavanger Train
2 Things to do in Stavanger Norway
2.1 #1 Visit Stavanger Cathedral
2.2 #2 Take a Quick Stop at the Tourism Office
2.3 #3 Visit the Norwegian Petroleum Museum
2.4 #4 Visit Olre Holmegate – A Colorful Part of Stavanger
2.5 #5 Visit Stavanger Harbor
2.6 #6 Old Stavanger & Canning Museum
2.7 #7 Visit Swords in Rock or the Sverd i fjell
2.8 #8 Visit the Stavanger Museum
2.9 #9 Take Cruise Through the Lysefjord
2.10 #10 Take a Hike to Pulpit Rock While in Stavanger
3 Where to stay in Stavanger
3.1 Myhregaarden Hotel
3.2 Radisson Blu Royal Hotel
4 Recommended Reading:

Things to do in Stavanger Norway 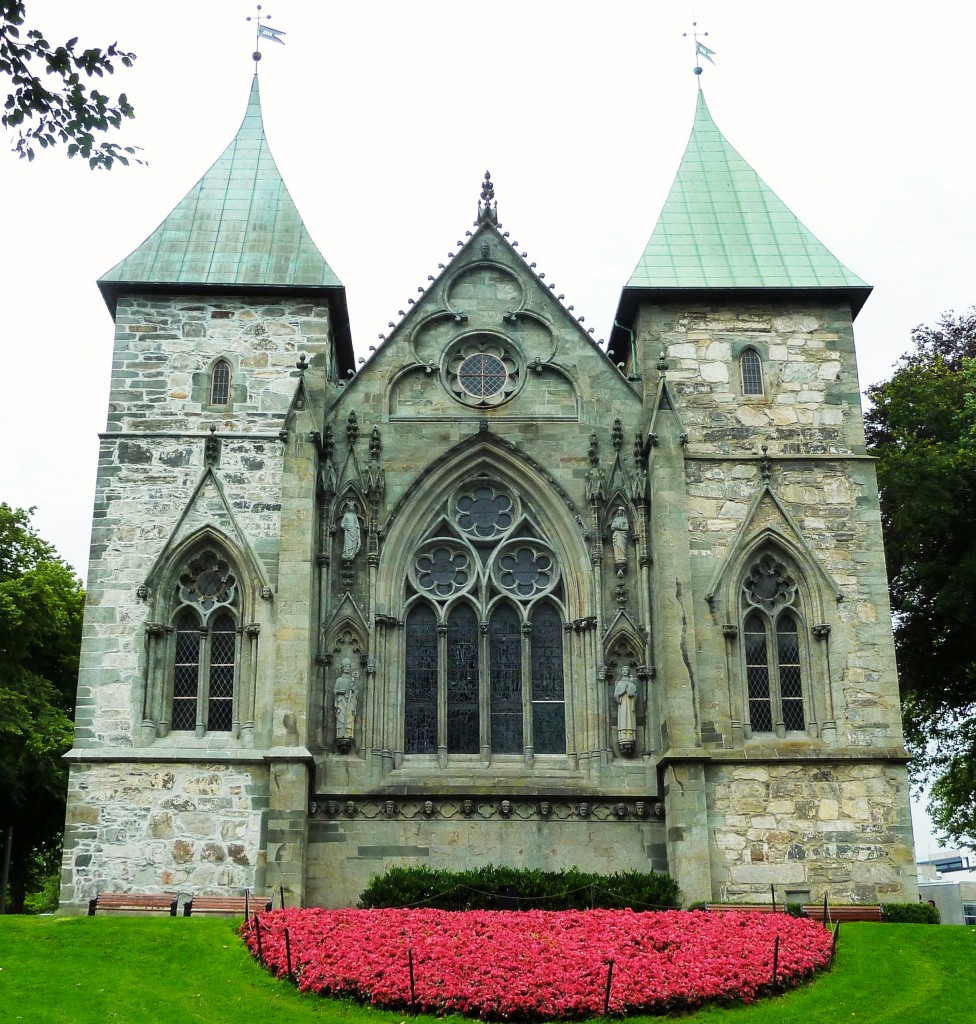 Across the Lake, I could see a charming old church, with the most beautiful vivid pink flowers that lined the back of the church.  They were perfect! Everything here is so perfectly manicured! This church ended up being the Stavanger Cathedral that dates back to the city’s 12th-century founding. This pretty Gothic building is famous for being the oldest cathedral in all of Norway. If you get a chance, go inside and take a look at the pulpit, which was carved with hundreds of figures and painted in bright colors.

#2 Take a Quick Stop at the Tourism Office

I eventually found my way to the tourist office, where the wonderful guide Carmen took me on a tour through the streets of Stavanger. The tourist office had a list of things we could do while visiting this quaint little city. 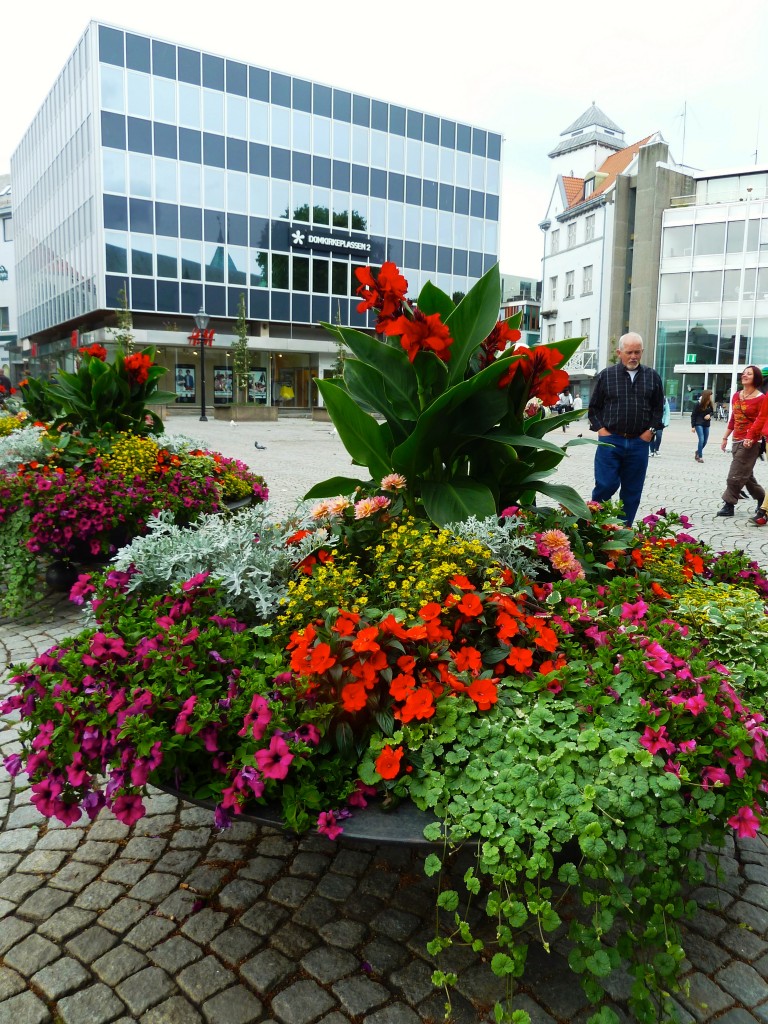 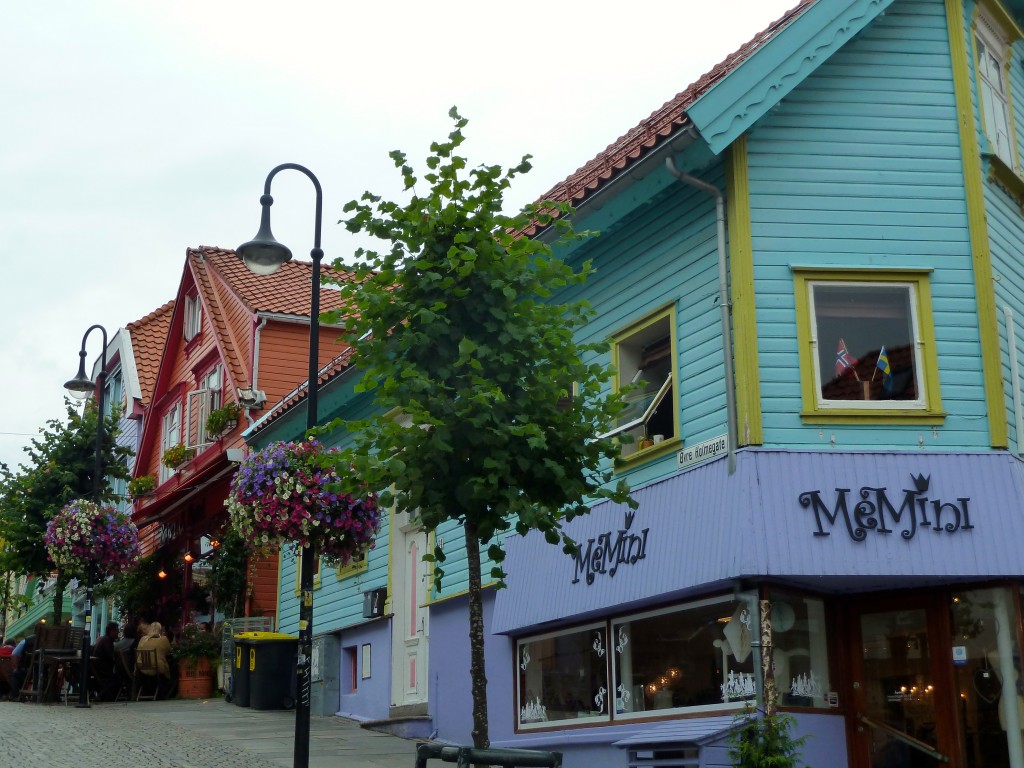 Olre Holmegate is a really colorful street in the center of town that takes you down to the Stavanger Waterfront. All the buildings here have been painted in bright colors. (I think the guide must have taken me there on purpose, as maybe she secretly knows I love to photograph colored buildings!)

It has to be the most colorful street in all of Norway and is also known by locals as Fargegaten (which translates as the Colored Street.) While you are there you can visit a place called Boker og Borst, which is a literary cafe and beer place that is super cool. Also, there is a place called Sjokoladepiken, which makes the BEST chocolate! 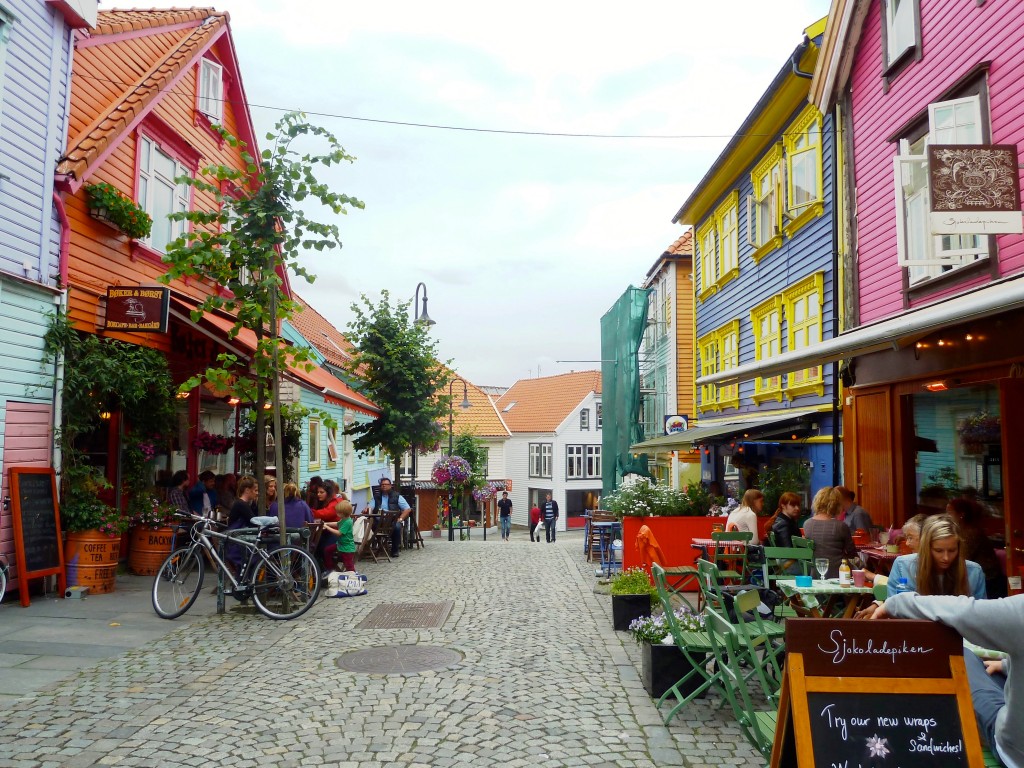 Some say Olre Holmegate is akin to “Notting Hill” in London, which was a run-down area until the 1980s. Notting Hill, Great Britain now has a contemporary reputation as an affluent and fashionable area; known for attractive terraces of Victorian townhouses, and high-end shopping and restaurants. Stavanger experienced its’ renaissance in 2005 when hairdresser Tom Kjørsvik envisioned doing something totally unique with his shop and was able to get the neighbors to play along. 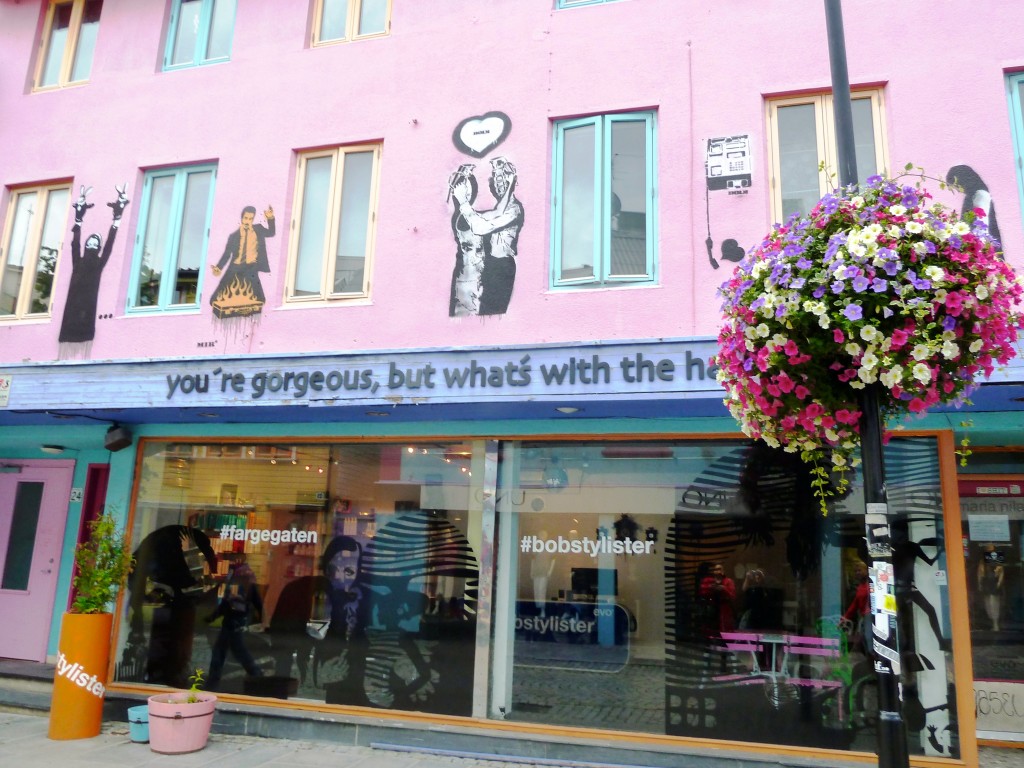 All the houses along the street were painted in different hues of bright colors, in accordance with a color scheme suggested by the artist Craig Flannagan, a prominent Stavanger artist. 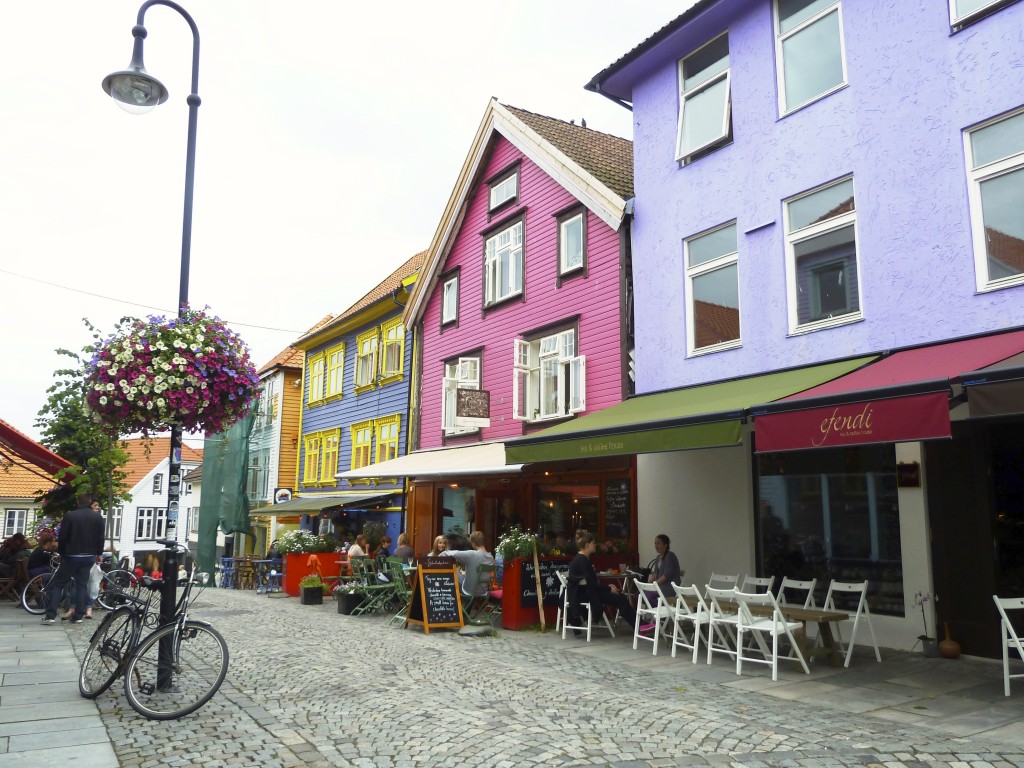 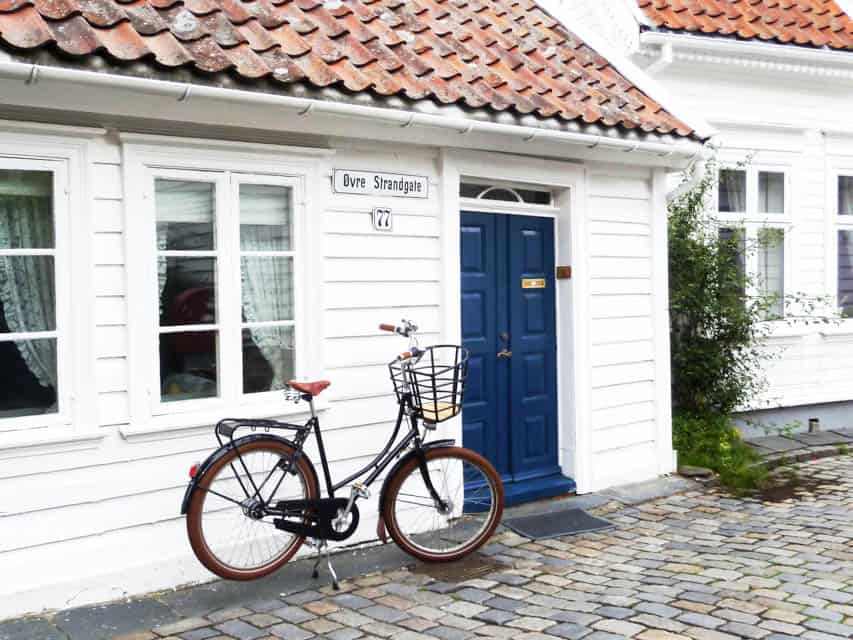 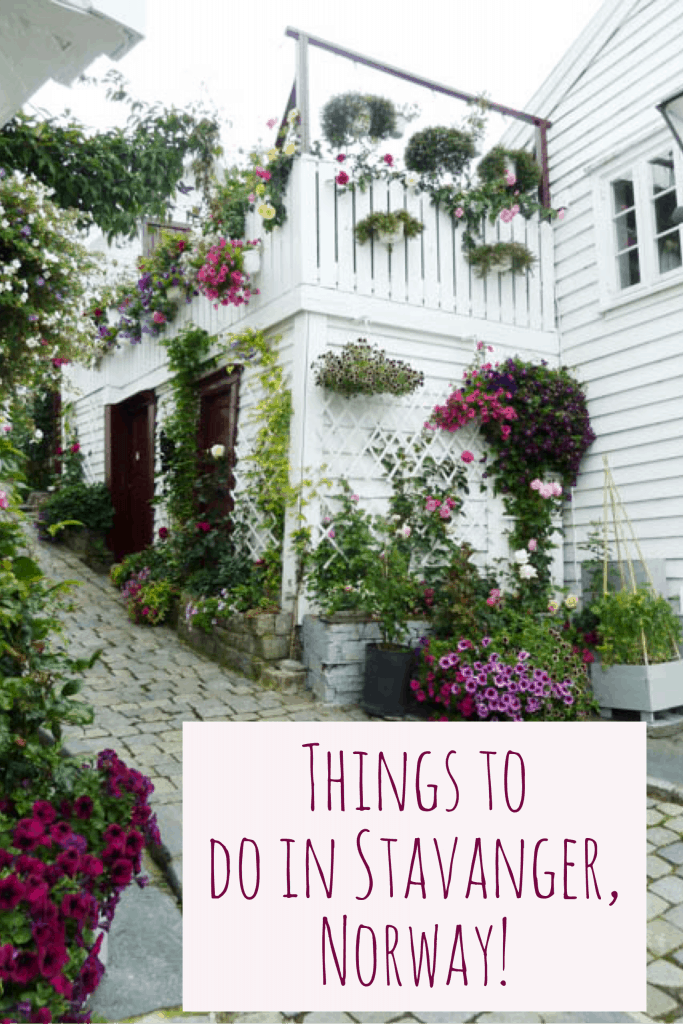 The city is rich in cultural experiences, having been the European Capital of Culture in 2008. Old Stavanger was a picturesque historic area with 173 white wooden cottages dating back to the early 18th century. Each one is adorned with beautiful flower boxes and blue doors along the narrow cobblestoned streets. It is in this area that a lot of the traditional wooden houses in town have been preserved. This is also where the Canning Museum, a former sardine factory is located. It has exhibits detailing Stavanger’s main industry from the 1890s to the 1960s.

#7 Visit Swords in Rock or the Sverd i fjell

#9 Take Cruise Through the Lysefjord

You don’t even have to hike to the peak of Pulpit Rock if you don’t want too!  You can also take a cruise in the Lsyefjord and see Pulpit Rock from a boat.  You can experience the famous Pulpit Rock from the fjords. The Lysefjord offers waterfalls, islands, and nature where you can get a taste of the fresh mountain air and experience the Hengjane waterfall. They have departures all year round and most of the boats are modern with a sun deck.

#10 Take a Hike to Pulpit Rock While in Stavanger 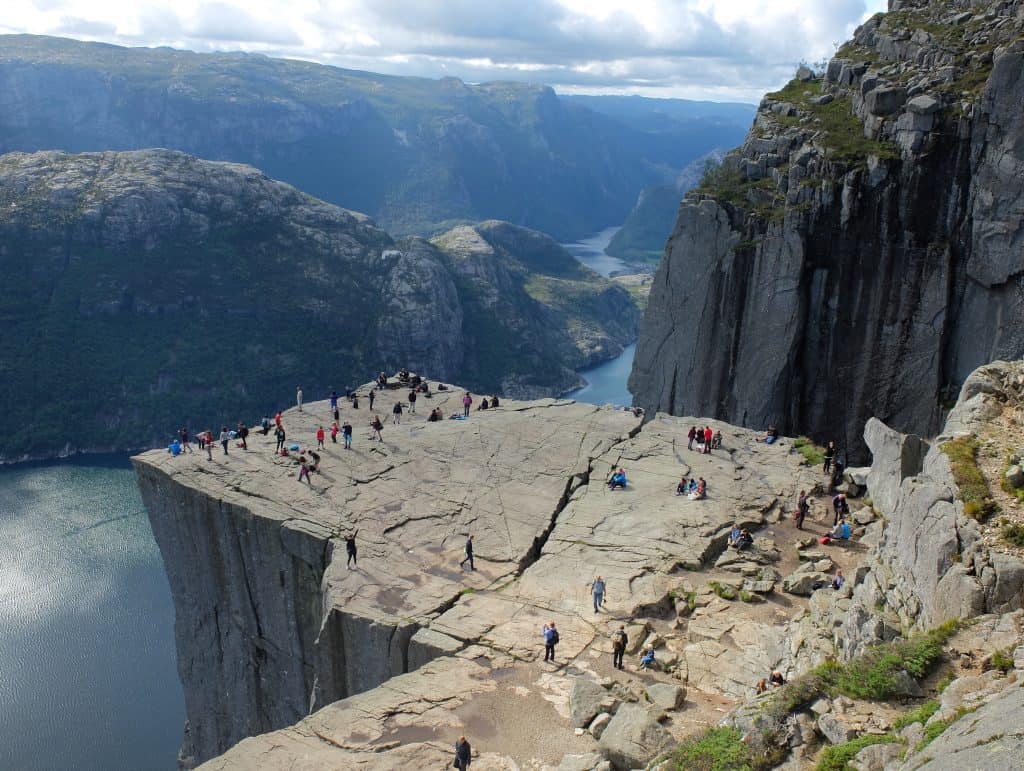 Where to stay in Stavanger 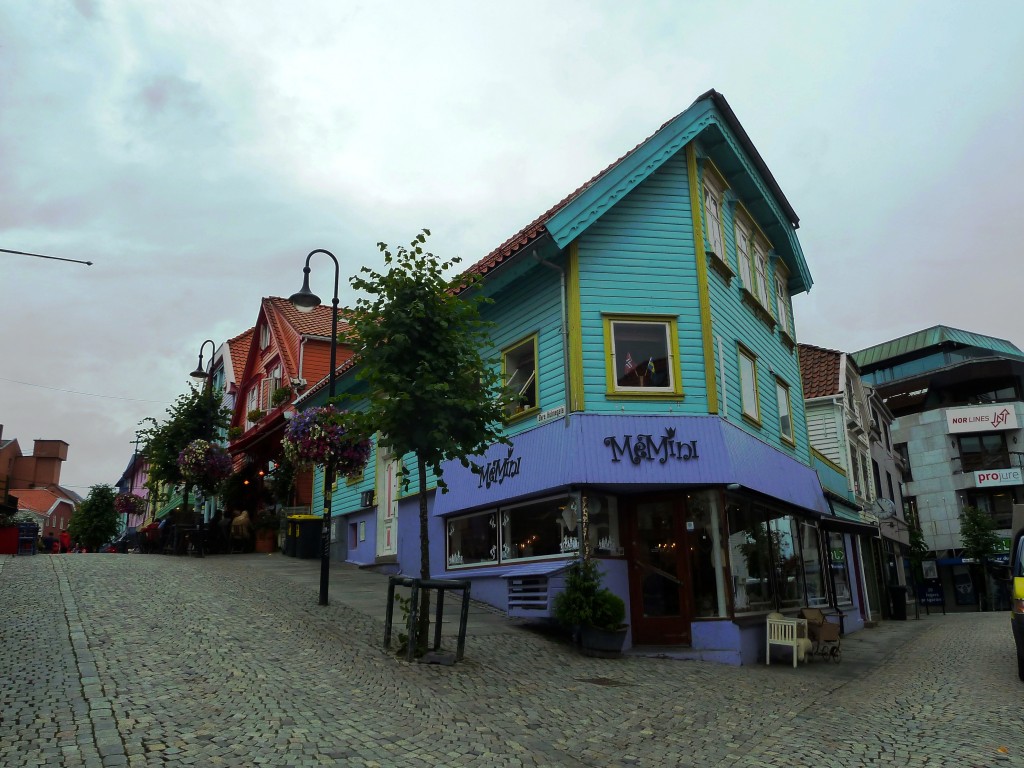