Home » Destinations » 16 Awesome Things To Do During a Norway Winter 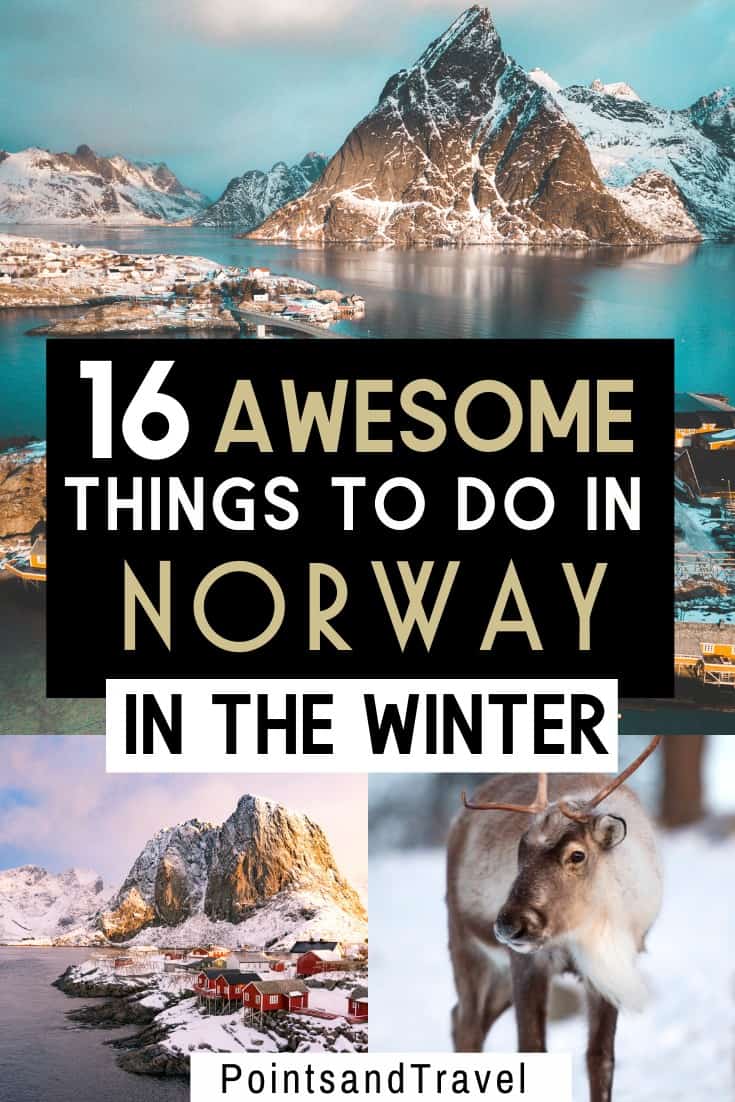 Norway is absolutely beautiful and every traveler should include this country on their bucket list. With its snowy winters, interesting history, vibrant architecture, and wonderful people, the sheer beauty of this Nordic country is just too compelling to be ignored. And if that’s not enough to convince you, here’s my list of 16 amazing things to do in Norway during a Norway Winter.

I never really was a winter traveler, sure, we did the typical Christmas and ski vacations, but to specifically travel to Norway in winter is not something I had done before. There is something incredible and magical about snow and ice. I have started to love bundling up in my thick winter jacket, hat, and gloves to explore the winter snow. Then after a few hours, head inside and warm up around a fireplace and a cup of hot chocolate. Norway is every bit the snowy winter wonderland I had dreamed of as a kid and then some! So come along with me as I explore 16 Amazing Things To Do In Norway During a Norway Winter. 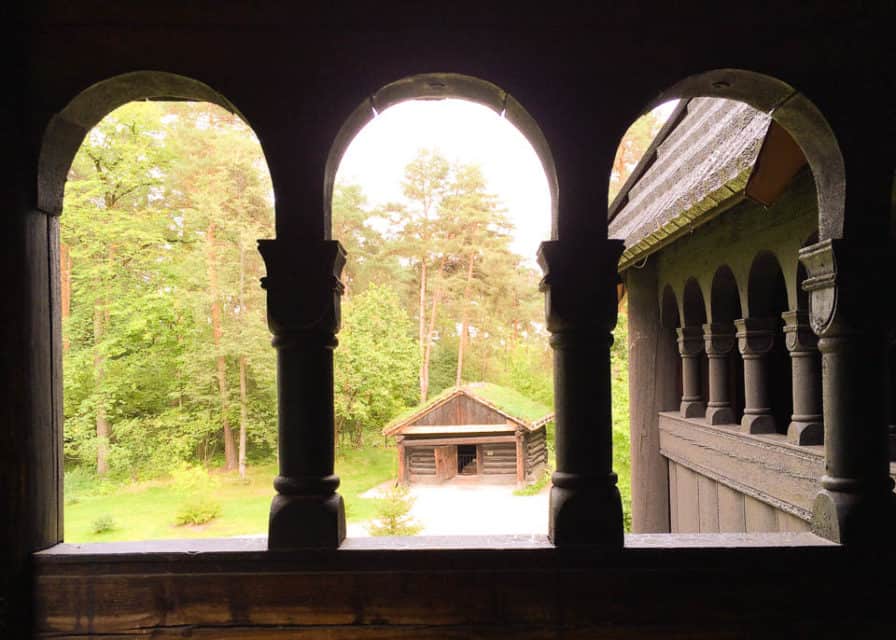 Before I went to Norway, I had always thought that it was way too cold to visit Norway in the winter. But after visiting Manitoba to swim with the beluga whales and to see the polar bears, I realized that even though I saw the Northern lights from there, Norway wasn’t as cold as Manitoba, Canada was! Due to the Gulf Stream, the west coast of Norway rarely drops below zero. So don’t believe the myth that Norway is super cold! Of course, it is always warmer near the coast than it is inland, but still, it is not THAT cold!

I also understand how everyone wants to go to Norway in the Summer to enjoy the warmer weather, hike through the fjords, and to stay in a cabin along the coast. But I think the best time to visit Norway just might be is in the winter!

In fact, winter might just be the best time of year to visit Norway! 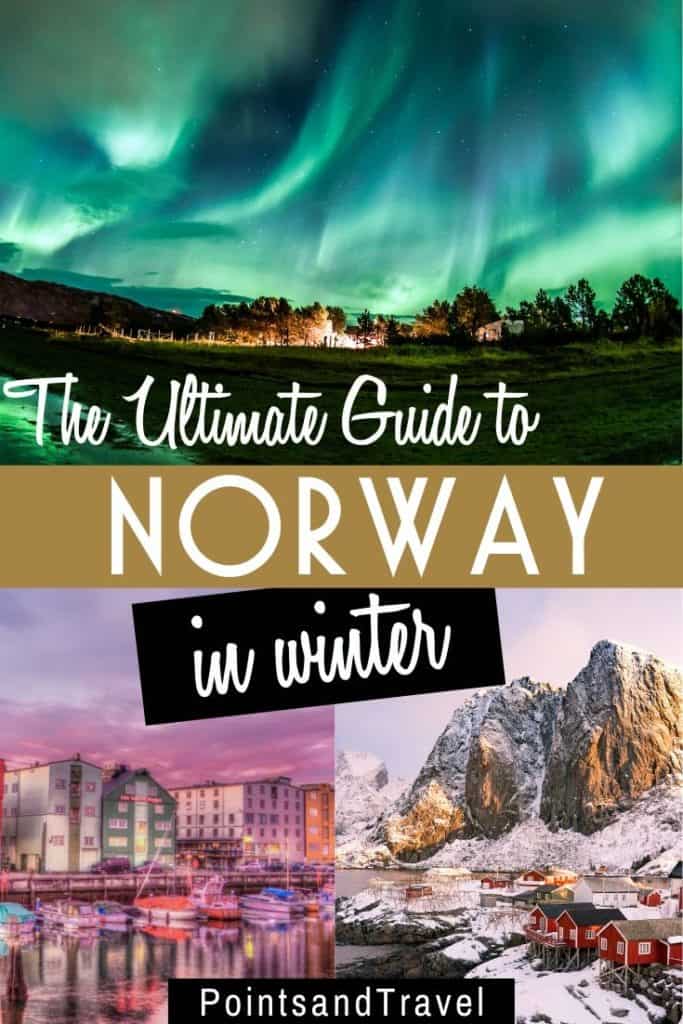 The Ultimate Guide to A Norway in the Winter:

#1 Learn About the Ancient History of the Vikings

Viking Ship Museum: The Vikings have traveled through the rivers of Norway in their longships during ancient times. At the Viking Ship Museum, you will learn more about the history of these ships and other fascinating stories about the Vikings. But the most interesting thing about this is the thought that you will be stepping on the same footprint that the Vikings once stepped over thousands of years ago! Can you imagine a Norway winter back then without the conveniences we have today? Yikes! 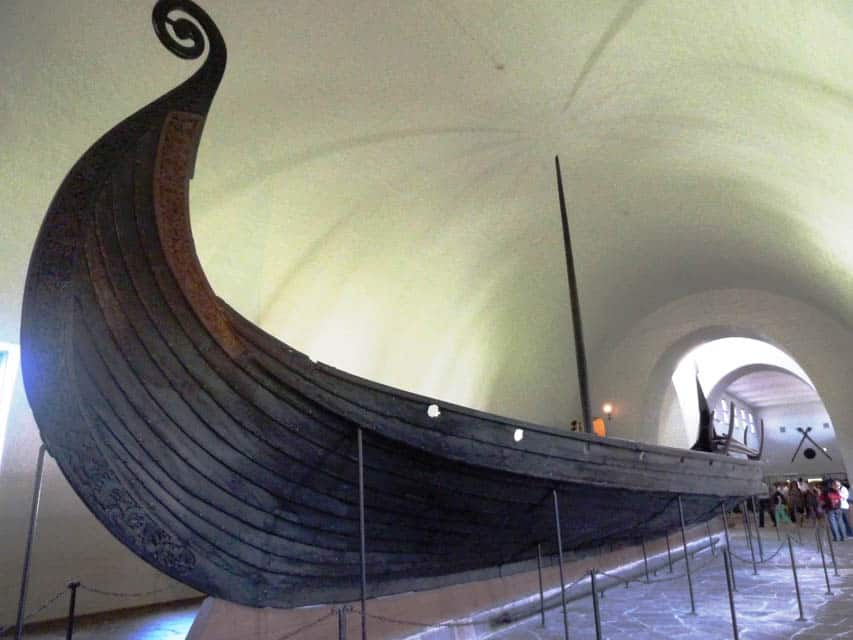 Travel Tip:  The easiest way to get from the airport into the main area of Oslo is by taking the FlytoGet airport express train! 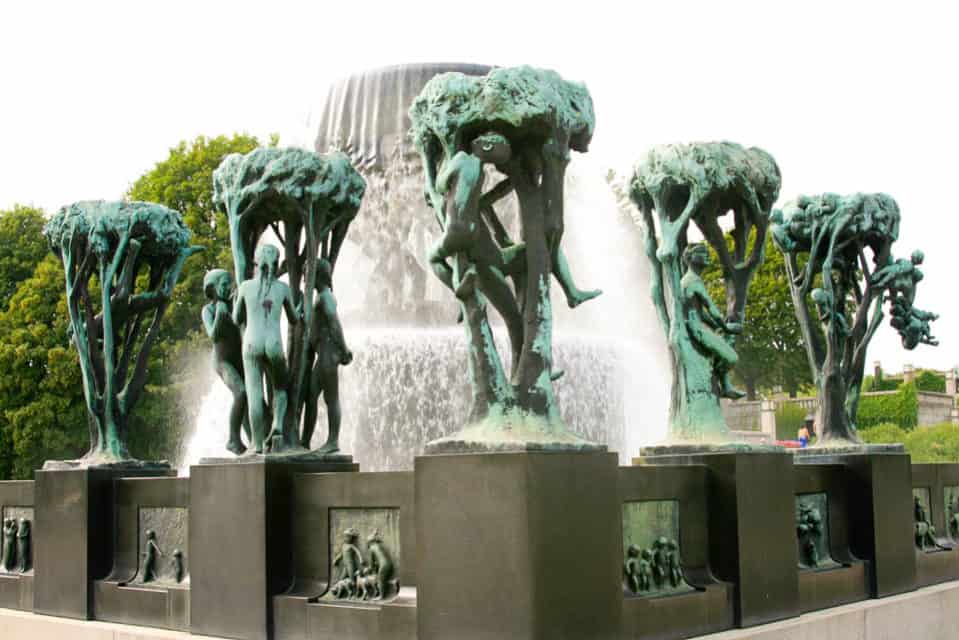 Considered as the world’s largest sculpture park, Vigeland Park is one of the most popular Norway attractions that can be found in Oslo. Walking through the park during a Norway winter, you will be mesmerized by the hundreds of awe-inspiring sculptures made by the country’s most celebrated sculptor, Gustav Vigeland covered in snow. I have seen this park in both the Norway winter and in the spring and both are spectacular! One covered in snow and ice, the other with spring flowers and sun! 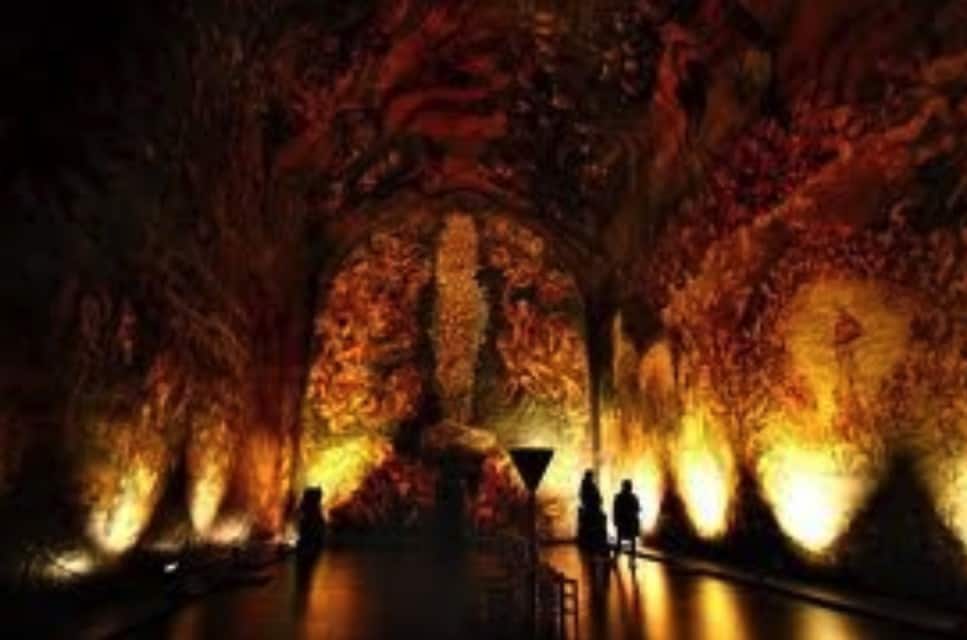 Every city has a secret and this is one of Oslo’s. Gustav Vigeland’s brother, Emanuel Vigeland, is a popular painter whose works can be found at the Emanuel Vigeland Mausoleum. Set in a cylindrical vault, the mausoleum is said to be Oslo’s best-kept secret. Unlike the other museums in the country, there are fewer people visiting this place, which makes it an even more interesting site to visit, especially during the winter, as the dome shape is covered in snow!

Be sure and read: Other Things to do in Oslo

#4 View Paintings at the National Gallery 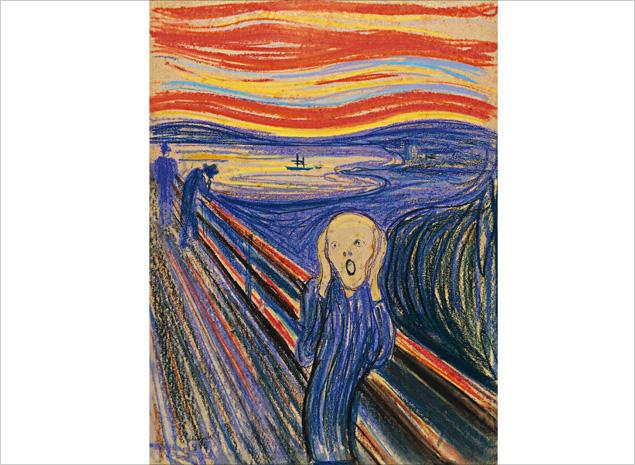 Norway is a trove of museums, which makes it a top destination for artists and art lovers. Home to the largest collection of sculptures and paintings, the National Gallery also displays some of the most popular works of Vincent van Gogh, Edvard Munch, and Pablo Picasso. Be sure and stop by for a visit, especially while it is cold outside in the Norway winter.

What Makes You Scream? 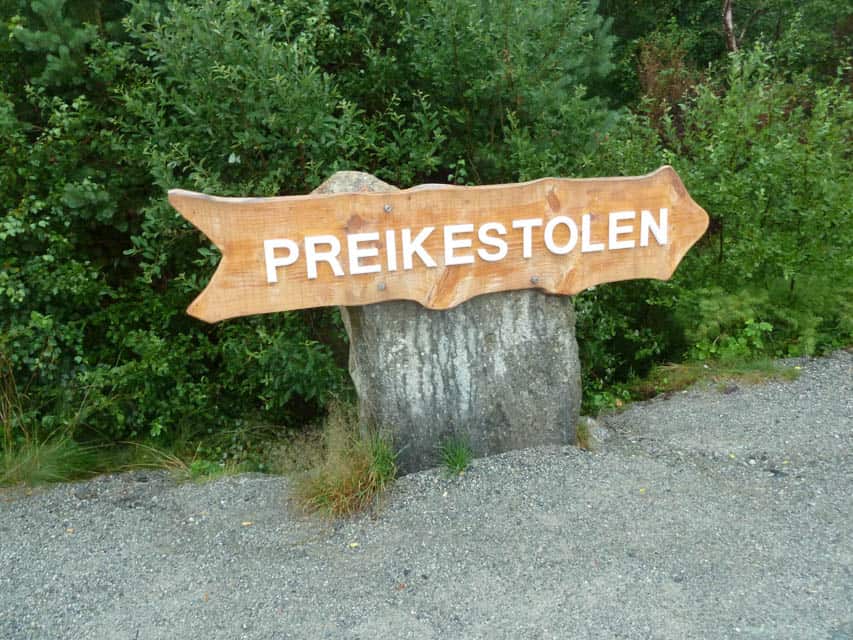 If you are afraid of a mountain’s edge, climbing Preikestolen is one way to test your fear! Towering at 604 meters at the Lysefjord, this enormous cliff is mind-blowing and something that adventure seekers should not miss during their visit to Norway. I climbed it during the shoulder season of a Norway winter and I would recommend it during that time. Not sure exactly what it would be like in the dead of winter. 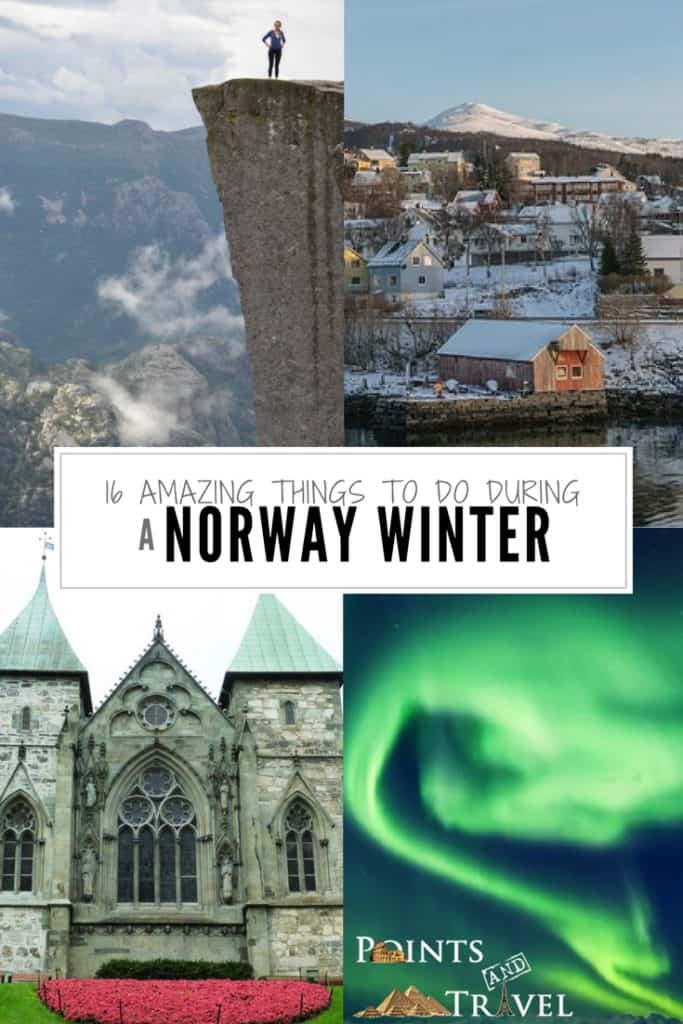 Read about my climb to Pulpit Rock/ Preikestolen 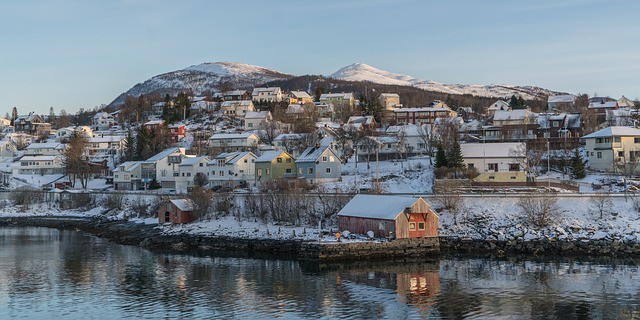 If you want to experience a Norway winter like no other, visit the charming cities of Alta and Tromso, in the northern part of the country. They border the arctic tundra in Norway’s Finnmark region. Alta is located above the Arctic Circle and is best known for its stunning views of the Northern Lights and Finnmarksløpet, which is the longest sled dog race in Europe.  During winter, both cities are beautifully blanketed with snow, which makes for a perfect backdrop for your winter photo! 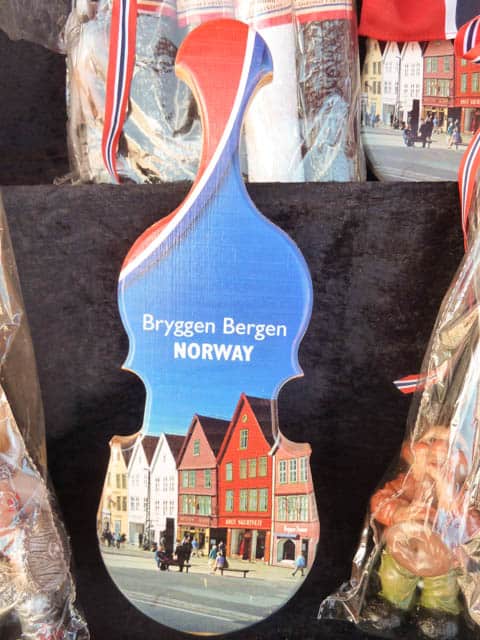 Included in UNESCO’s World Heritage list, Bryggen is a historic wharf established in the 14th century and has been an important part of the trade industry in Norway. Exploring during a Norway winter the wharf, you will find rows of colorful shops, restaurants, and cafes. The narrow alleyways in between the colorful buildings are also worth exploring during a Norway winter.

Where to stay in Bryggen (Bergen), Norway:  The Clarion Collection

#8 Hop on a Ferry at Geiranger

The ferry ride at Geiranger is no doubt one of the most scenic ferry journeys you’ll ever get to experience in your entire life. You’ll be passing at a gorgeous S-shaped fjord where you can marvel at the scenic mountain overlooking the fjord. For a magical Norway winter, the charming port town of Geiranger itself is also worth exploring. 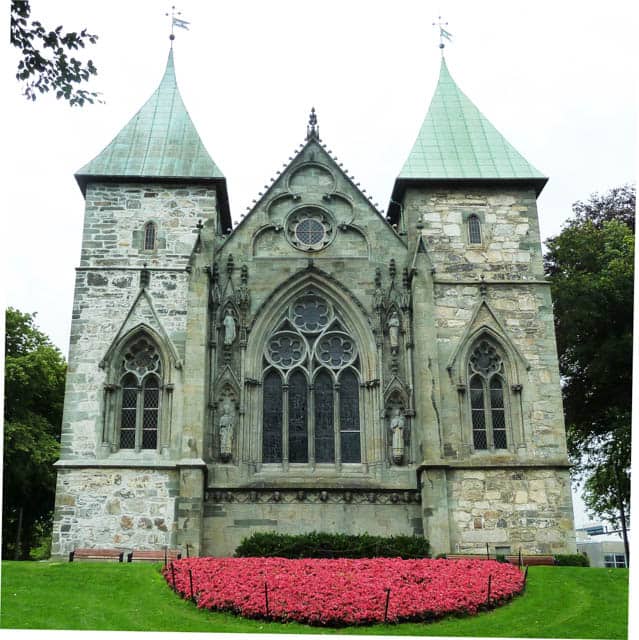 This medieval-era cathedral is a “do not miss” during your Norway winter visit to Stavanger, located in the core of downtown Stavanger. Specifically located between the gorgeous harbor and the city park.  In 1272, a large fire ravaged Stavanger and the cathedral suffered quite a bit of damage. Can you believe it is still standing today? It was rebuilt and enlarged to the Gothic style you see today.

#10 Walk Along the Most Colorful Street in Stavanger 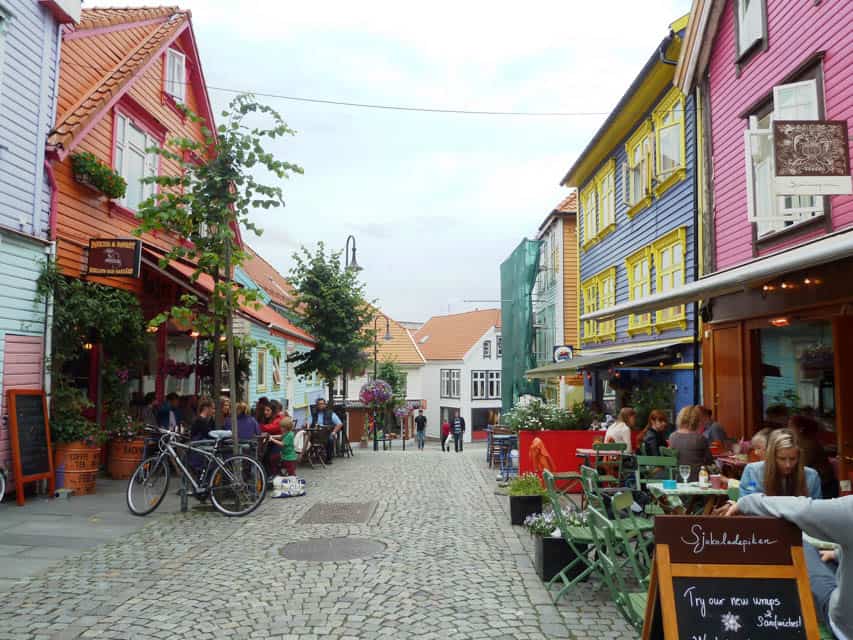 The quaint town of Stavanger, Norway.

Ovre-Holmegate Street in Stavanger is one of the most colorful shopping streets anywhere around with “Banksy” styled street art, and cafes. It is the “hipster” part of town near the port and the fish market. There are lots of branded shopping and plenty of places to have a cozy drink. You can read my article about it here: Ovre-Holmegate Stavanger, Norway’s Nottinghill

#11 Travel to the North Cape 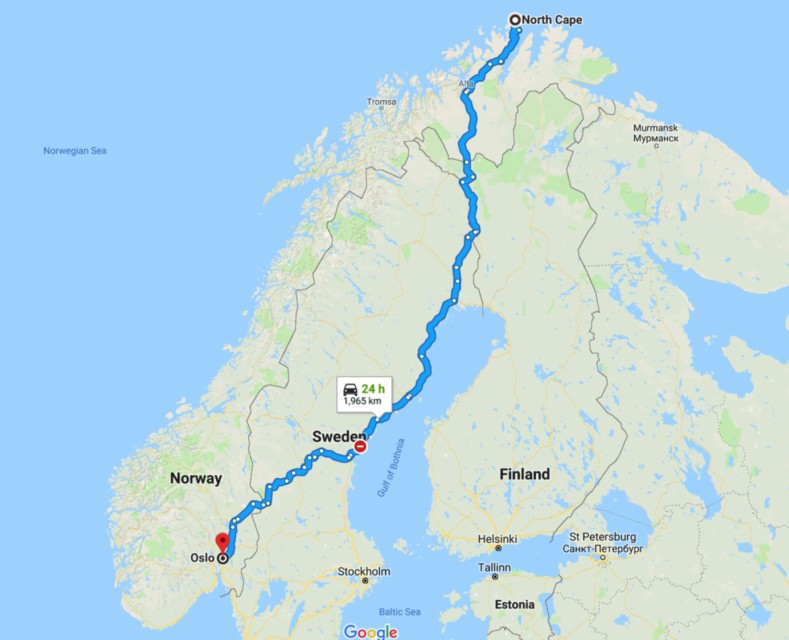 North Cape MapThe North Cape is a popular Norway landmark that attracts many visitors all year round because of its amazing scenery and diverse landscapes. In fact, it’s a great place for Norway’s winter activities, where its snow-capped mountains are a popular spot for dog sledding and skiing. During summer, you can enjoy the Midnight Sun or view the Northern Lights during the rest of the year.

#12 Take a Scenic Train Journey during your Norway Winter Trip 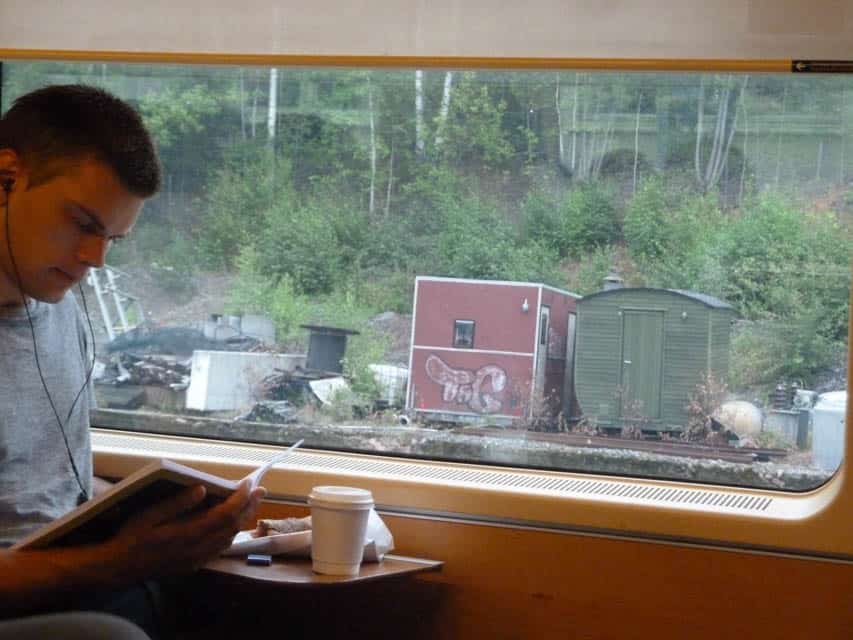 Norway is known for having some of the best rail routes in Europe. The country has more than 2,000 miles of train tracks. Some journeys allow you to enjoy the most scenic views of the country, such as the Bergen Railway. It passes through the Hardangervidda plateau and the Dovre Railway whisks you through the beautiful Gudbrandsdalen valley.

#13 Drop by The Oslo Cathedral during the Norway Winter to Keep Warm! 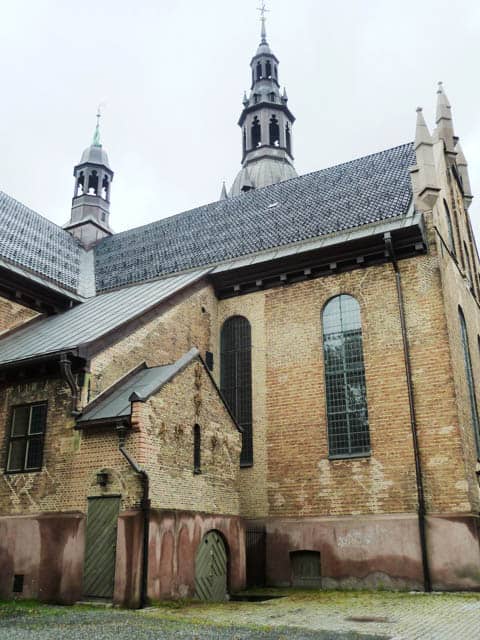 When in Oslo, take time to drop by at the Oslo Cathedral, one of the main attractions in the city and a popular Norway landmark. Built in the 11th century, the church features a baroque facade. It is the first-ever church to have been built in the country.

#14 Marvel at the Arctic Cathedral in Tromsø

Another interesting structure that’s worth a visit to Norway is the Arctic Cathedral in Tromso. The cathedral was built in 1965 by architect Jan Inge Hovig. It is meant to look like huge blocks of ice. You will find interesting mosaics sparkling inside and its facade is made entirely of glass that has a huge crucifix. Truly, this cathedral is a wondrous sight to behold. Tromso is the perfect Norway winter destination.

The Akershus Castle was built to protect Oslo from invasions during the medieval period. Today, the building is being used by Norway’s Ministry of Defence. It is also opened for tours, where visitors can explore the ancient old chapel and the banquet rooms inside.

#16 Watch the Northern Lights at Svalbard during a Norway Winter 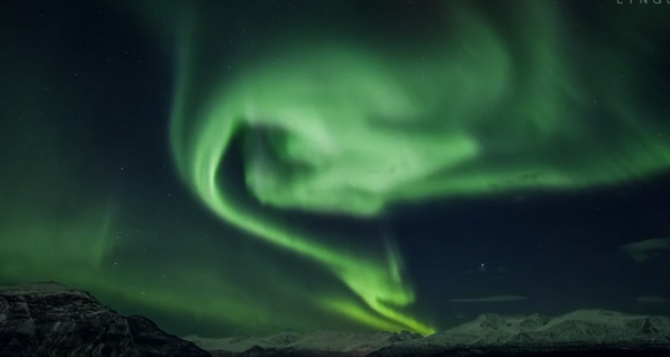 There are various places in Norway where you can witness the spectacular Northern Lights, but Svalbard is the best of them all. Since its location is so hideously north, the island registers aurora activity with only a slight whiff of geomagnetic activities. Thus, you can attest to the unbelievable colors in all their glory, as they move across the Arctic sky in the Norway winter.

Be Sure to Experience Norway’s Northern Lights

#17 Discover the Islands of Lofoten

Lofoten is one of the most visited Norway attractions. This is not only because it is one of those places where you can catch the Northern Lights, but also because of its majestic mountains, narrow fjords, and seabird colonies. Adventure seekers will love Lofoten’s diverse landscape. Here, one can go ocean rafting, scuba diving, fishing, or skiing during the winter.

You certainly will not run out of things to do in Norway. It’s a place where the old seamlessly blends with the new and where you will find the world’s most gorgeous natural attractions. So whether you’re heading to the country in the summer or in winter, the list above should serve as your guide.

A Magical 48 Hours In Oslo, Norway

15 Best Things to do in Oslo

Cruise Through Norway on the: MS Europa 2 – The Most Luxurious Cruise Ship in the World 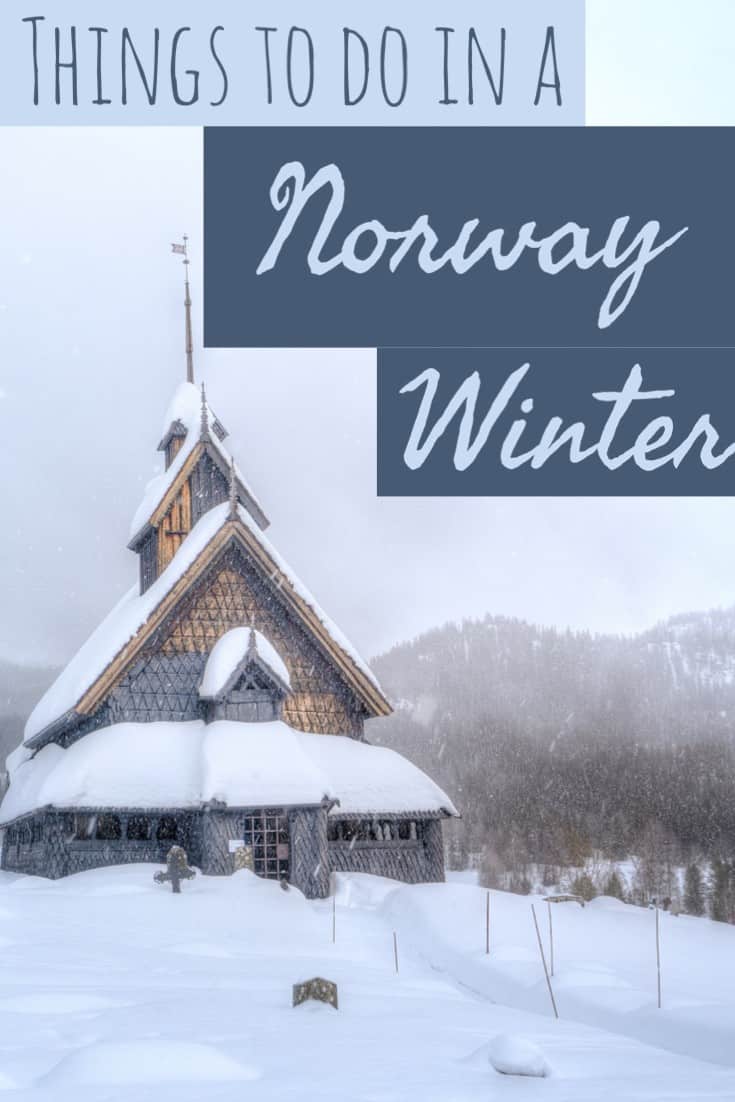 Looks like my next winter trip needs to be in Norway! These photos are unreal. I've been once before during the fall. I've been dying to go back since! It seems like there is a lot to do in Norway in the winter. Were a lot of places closed for winter or did most everything stay open?

Most places were still open when I was there!