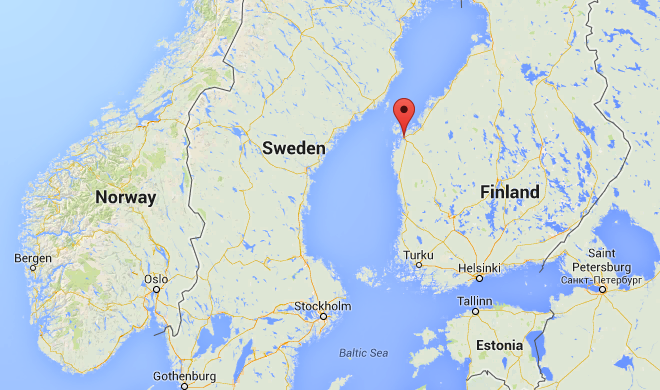 Arriving in Vaasa, Finland, I was ready for an adventure and Finland does not disappoint. Vaasa is the gateway to the western side of the country.  This is where the narrowest part of the Gulf of Bothnia is connected to Finland by their longest bridge, the Replot, in the Baltic Sea. 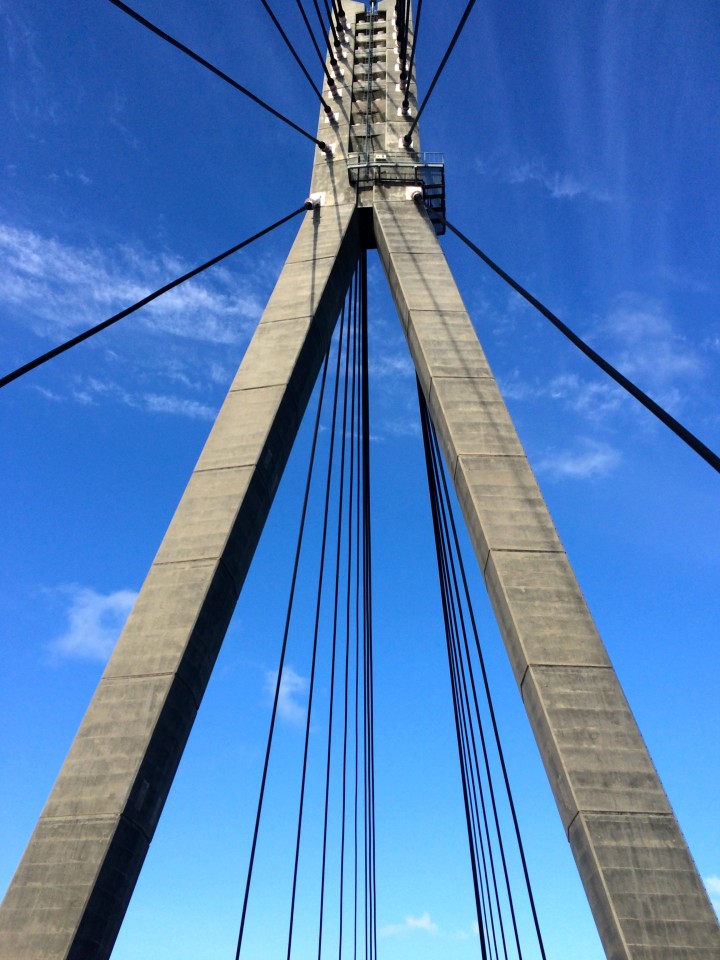 The Replot Bridge near Vaasa, Finland

What's in this post: hide
1 Finland’s Kvarken Archipelago
1.1 Still Unknown World
1.2 What is an Archipelago?
1.3 Summer’s Edge
1.4 Village of Björköby, Finland
1.5 Kvarken Archipelago
1.6 One fun thing to do Kalajoki
1.7 To Kalajoki for Dinner
1.8 Berry Picking – Mother Nature’s Way
1.9 In a world that seems less remote because of COVID-19, I think it is nice to find places like Kalajoki with its plentiful berry population. In a sense, you just have to look for them – because they are out there.

I am about to jet out to a tiny spatter of islands (only 5600 of them!) where the Finn’s and Sweed’s take their summer holiday’s in tiny cottages. This has also been deemed a UNESCO World Heritage Site known as the Kvarken Archipelago. The weekly trek out here to get away from the big cities, as here, one can only ponder life, and well, of course, take a world-famous sauna and jacuzzi or two! 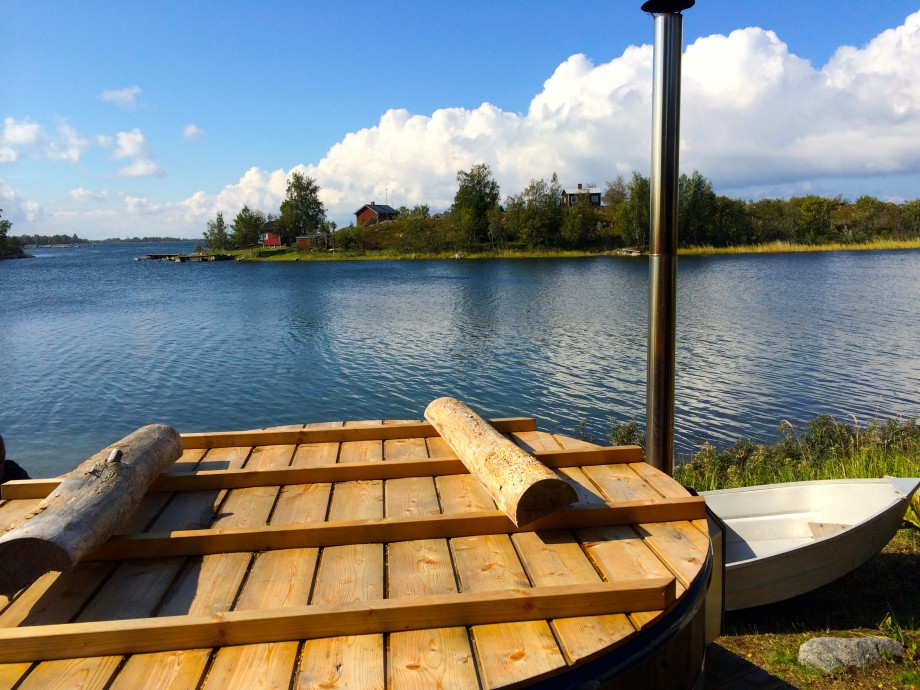 The Finnish Archipelago, Kvarken Archipelago, is one of those yet unknown places in the world, that was once covered in a mile thick sheet of ice ten thousand years ago. Since the ice glaciers are retreating, the land is now literally rising up from the sea and a new landmass is made at a rate of one meter every century!  The joke out here is that one day they can all walk to Sweden! Well, at that rate, maybe in 2000 years! 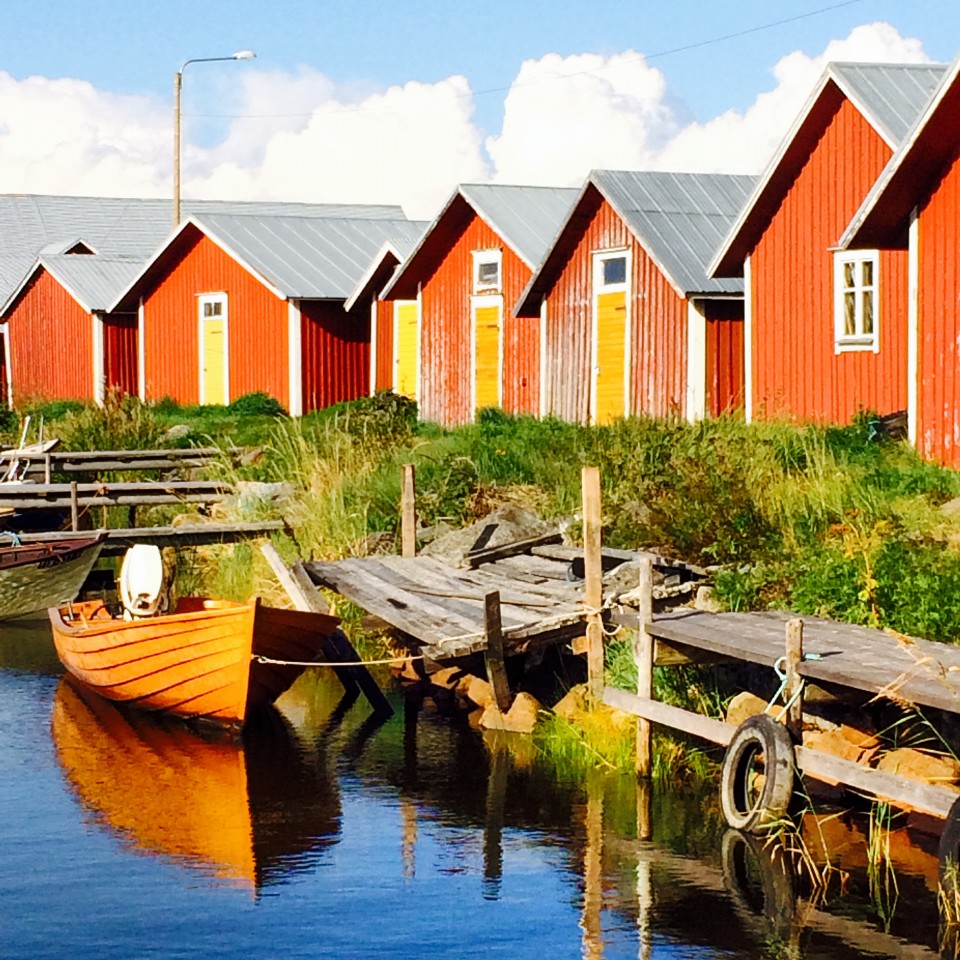 What is an Archipelago?

Honestly, being from the USA, and not learning much about geographical terms in my small town in Texas, I had no idea what the definition of archipelago was! My son was up on all the latest terms, so I asked him. And he said ” Archipelago is a geographical term, Mom! It’s a chain of islands scattered across a body of water. ” Oh, I answered! But how do you pronounce archipelago? Here is the official pronunciation: How to pronounce archipelago And what is the difference between an island and an archipelago? Well, we had to go look that up!

“An island is a land that is surrounded on all the sides by water. The archipelago is the name given to the groups of islands. … an archipelago is wider and larger than an island. Islands have been divided into four types — continental islands, tectonic islands, coral islands, and oceanic islands.” Ok, so now we were getting technical. No really, an archipelago can be found in large lakes or rivers, but most of them are in the world’s oceans. And what is the largest archipelago in the world??? Indonesia, of course! So off I go telling him about my treks through Indonesia…. but we were going to the Finnish Archipelago.

It is late summer and the waters are cold, as we button up the blue and red jackets that were given to us from the men at the dock, I notice that they have built-in life supports inside to create a fashionable life jacket. Honestly, that is one thing I love about the Finnish people, they are so stylish and use design experts to create such functional clothing. 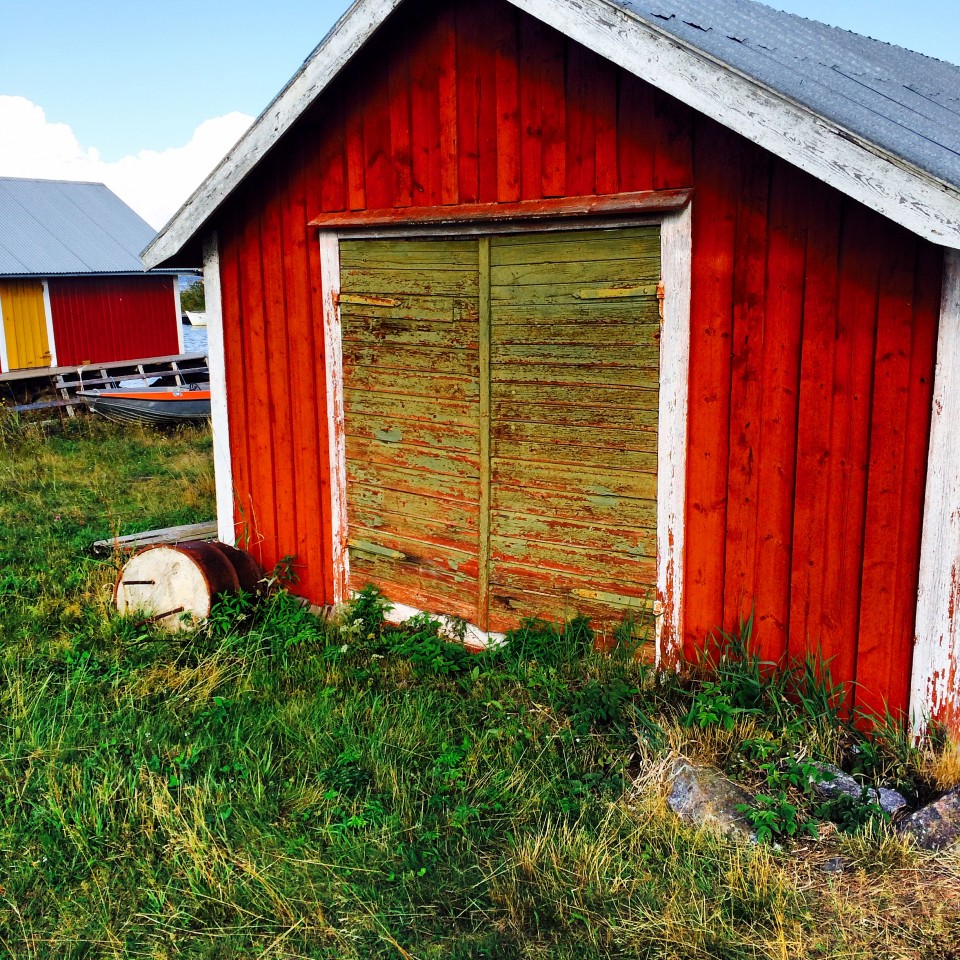 We start the early morning in Björköby, where the boat rides over to the island are waiting and soon enough, I begin to wander off, as the photography in this area is fabulous. There are picture-perfect reflections on the waters with tiny boat-houses all painted in some shade of red and yellow. There is also a viewing tower here that is worth the climb for an overview of the islands, so don’t miss that. 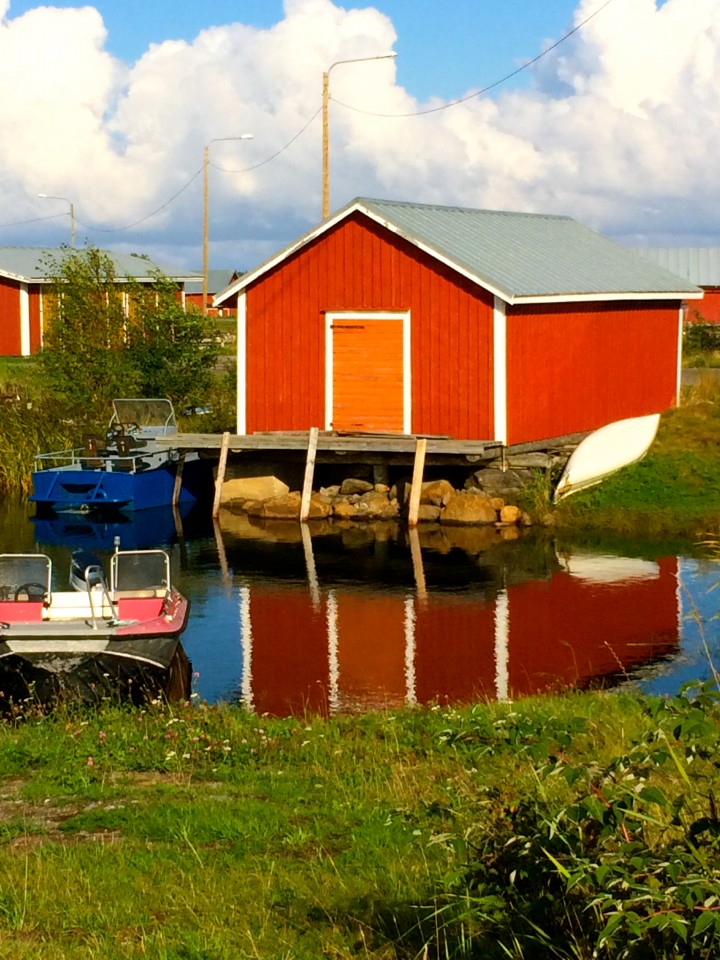 Soon we were loaded into our private boat and jetted across the sea, with wisps of water landing on my face, I quickly zipped up my jacket around my neck and braced myself for the best photo opportunities I could find.  I could hear the noisy shouts of the black guillemot seabirds and chill bumps began to appear on my skin.

On the Finnish side of Kvarken, there is a large archipelago, the Kvarken Archipelago, which includes the large islands Replot, Björkö, and many smaller islands. The Kvarken Archipelago is gorgeous, as you can imagine, and is also considered a protected area, although there are selected islands where these summer cabins are located.  We are on our way to one of these islands to stop at the dock and have a Finnish picnic and coffee. The cabin we stopped at was a private cottage and we piled out onto the dock to take a look. 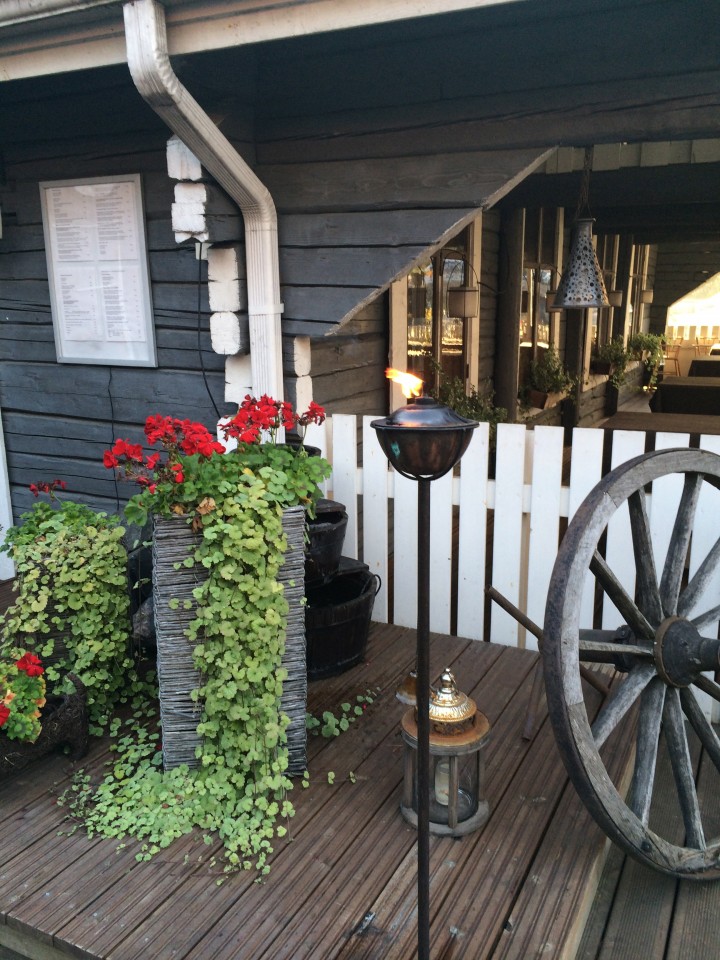 While there, we wandered the islands a bit and then sat to have typical Finnish Oltermanni cheese (similar to Havarti cheese), Hapankorppu sour crackers made from rye sourdough, and hot coffee. I went back time and time again for that cheese, which was of a most delicious variety and the crackers were so good that now I wish I had bought a package to bring back to the States with me.  Soon enough, we packed up again and jetted back to Björköby. 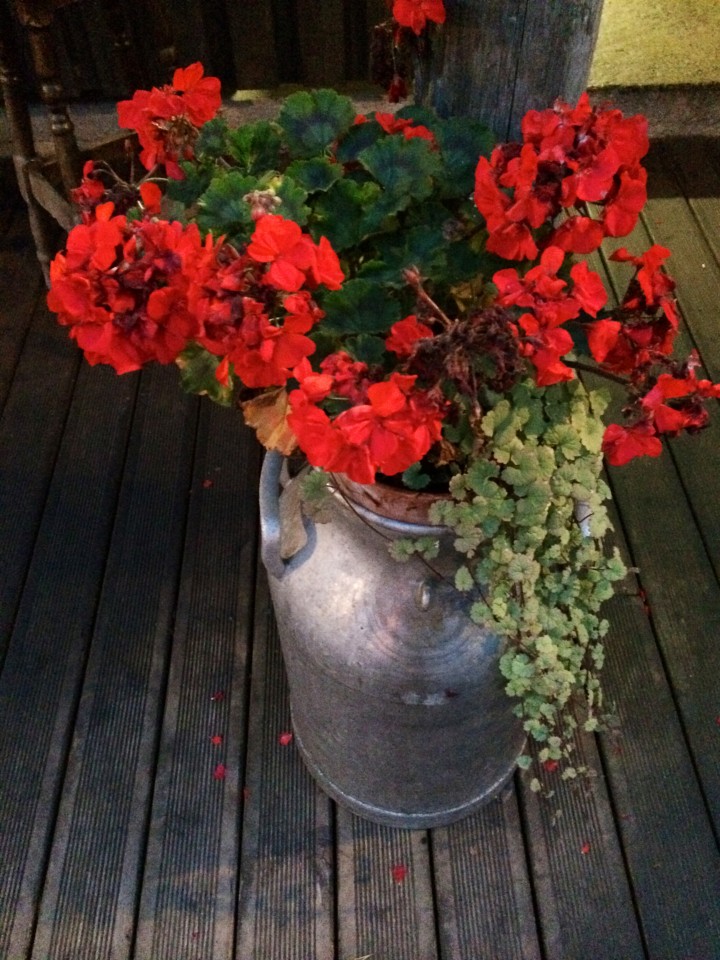 One fun thing to do Kalajoki

Head on over Finland’s biggest surf center that is located in Kalajoki. It is run by Rautio Sports and has been open since spring 2011. It is pretty much the coolest surf beach in Finland. Basically, it is a surf center for all you die-hard surfers out there. They have windsurfers, kitesurfers, and, of course, stand-up paddlers (SUP) boards. They even offer beginners’ courses, for those who want to try it out. You can get your rental equipment here and have a go at it.

Apparently, the shallow, sandy shore is a great platform for safe learning. Sandy banks create excellent training conditions for flatwater windsurfing, and kiteboarding, and jumping. With the right wind direction, you also get to enjoy the great feeling of wave surf.

That evening we made our way to Kalajoki, where I was delighted to find one of those magical places in the middle of nowhere! Being so far from the cities, usually, things begin to change and the expectations are lowered for the chance at gourmet food, but this place was right on target and could not have been tastier. Although family-owned and run, the menu was perfect with the start of a local berry cocktail. 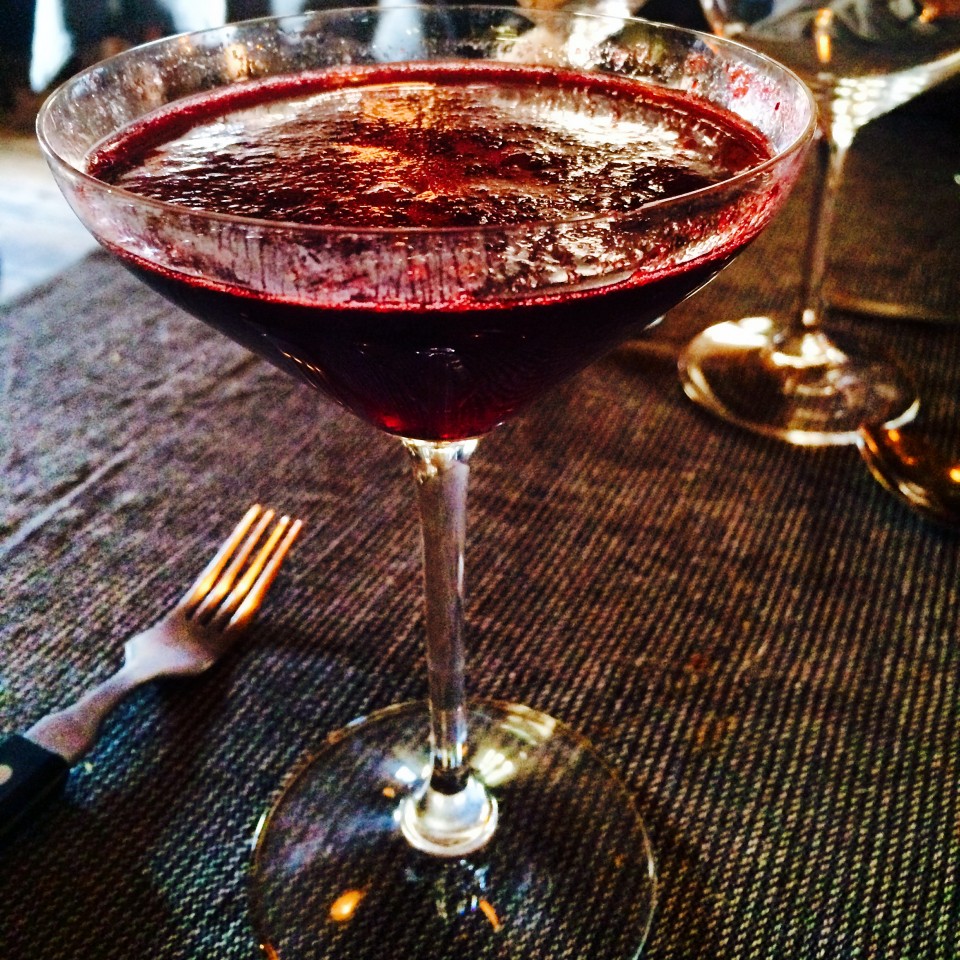 There is a Finnish tradition of berry picking, the food store of Mother Nature and I believe they have perfected the usages of berries here. Berry picking is a part of the lifestyle, culture, and culinary traditions in Finland, as we quickly found out on our many treks in the woods of Western Finland. The berries were readily available on almost every path we took. There are about 50 different wild berry species in Finland found in the marshes and woods and we picked many, including Tyrni (Finnish) or Sea Buckthorn (English name). 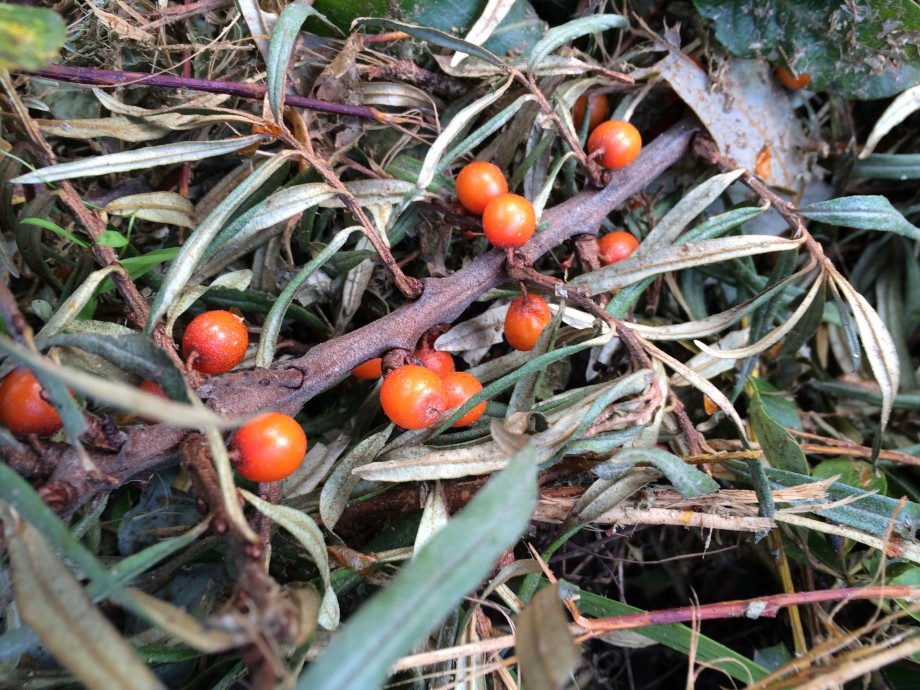 The meal at Pihvitupa Steakhouse was complete with a perfectly cooked steak (medium rare, of course) and sliced cheese potatoes, with a berry crème brûlée for dessert. 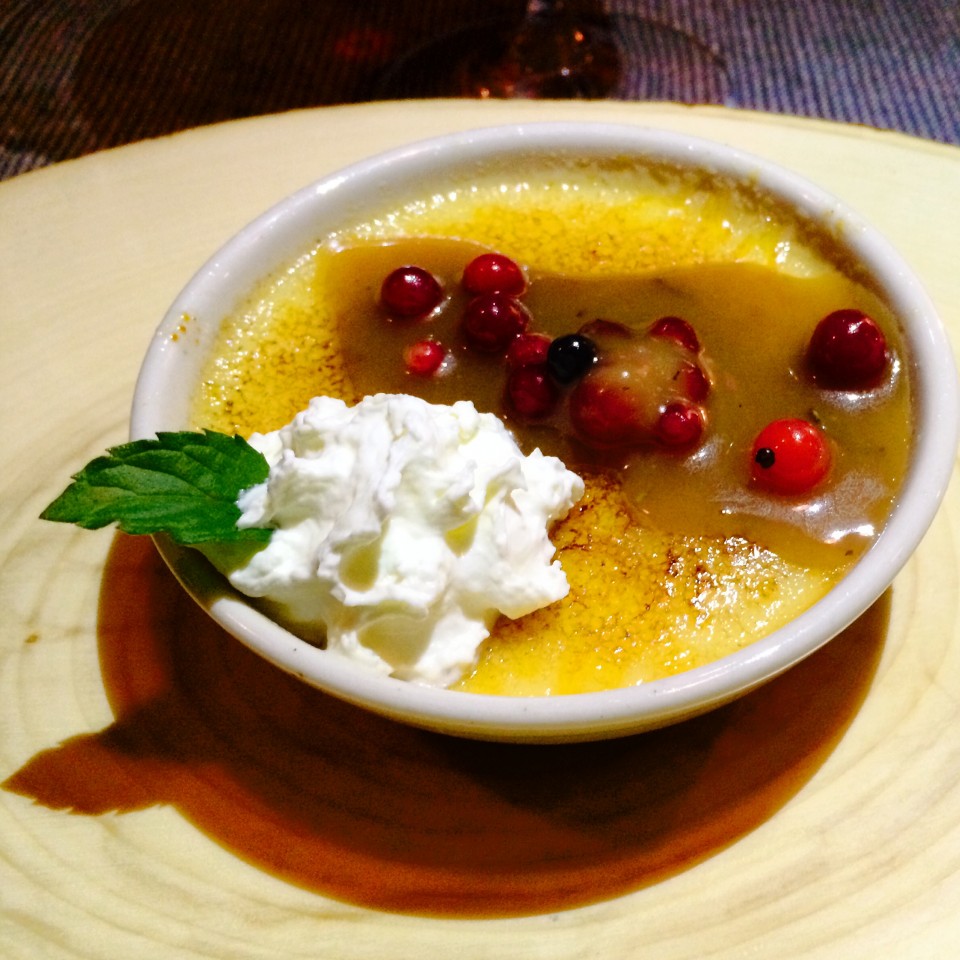 For me, it was the quintessential dinner with a great atmosphere and wonderful company! So if you are ever in the region, look up this restaurant, it is well worth a visit.  Afterward, we ended the night by taking a long walk on the beach.  My day in Western Finland was perfect!

In a world that seems less remote because of COVID-19, I think it is nice to find places like Kalajoki with its plentiful berry population.  In a sense, you just have to look for them – because they are out there.

Disclosure:  The writer believes in full disclosure and wanted to let you know that this trip was provided by Visit Finland.  As is common in the travel industry, the writer was provided with accommodations, meals, and other compensation.

Your photos have so beautiful colours... I love them, seems like that archipelago was always sunny! :)

Thank you so much, and yes it was sunny!

Cacinda your photos of Finland are so yummy from the colorful boathouses to the berry creme brûlée! I am dreaming up our next destination.. thanks for the inspiration!

It is dreamy!! You will certainly enjoy it and thanks for the compliment about my photos!

Until recently, Finland hadn't been on my travel radar -- at least for the near future. But the more I read about it, the more I'm eager to visit sooner rather than later. Fab photos of the boats and villages.

Thanks Catherine, that means alot, coming from you!

This area of Finland looks very beautiful and the food tasty. We are hoping to have the chance to visit next year!

It was wonderful! Do go if you get a chance!

Love the colors and serenity. Looks like a place where I could go and easily get lost in the tranquility.

I did! It was wonderful!