For Dominican culture, food, drinks, and plenty of things to do, look beyond the beach resorts and head to the colonial city of Santo Domingo… while beautiful beach resorts may be the Dominican Republic’s calling card, there are plenty of other riches to be found on the island. 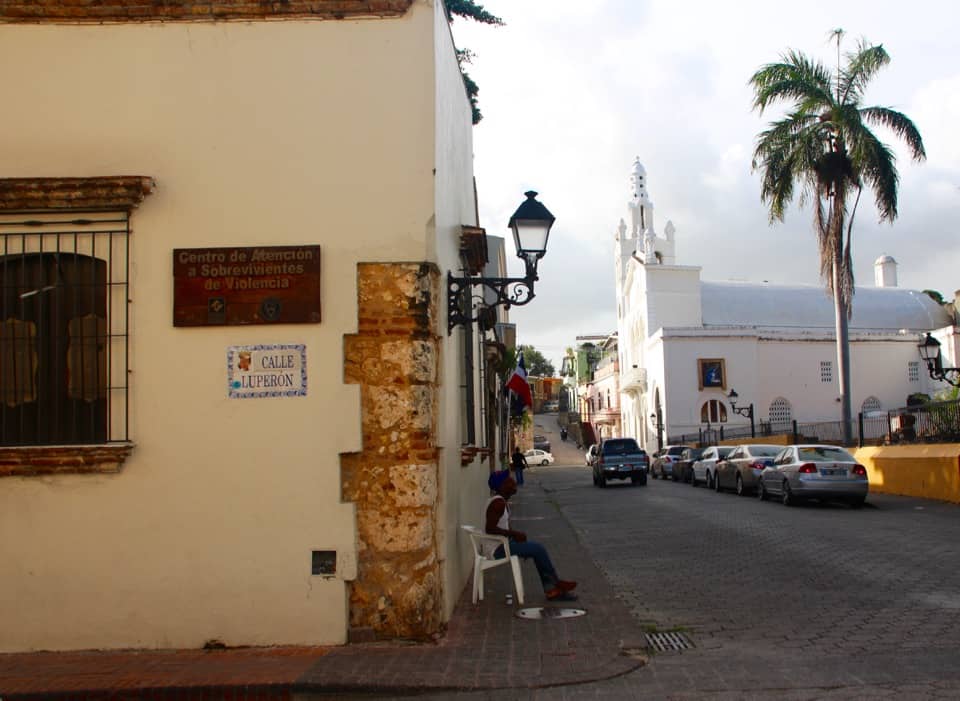 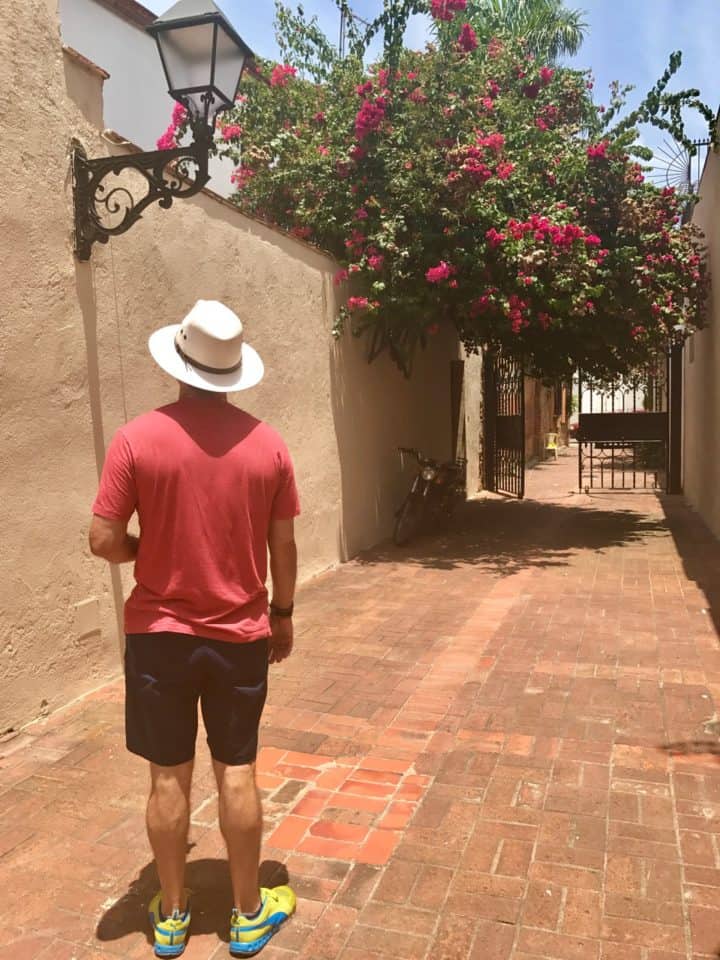 I had wandered these streets before and knew that a return trip was inevitable. Most travelers go to the Dominican Republic for the Caribbean beaches, but not me. I go for the city center of Santo Domingo, for the Dominican culture; here, they call it the ‘Zona Colonial’. 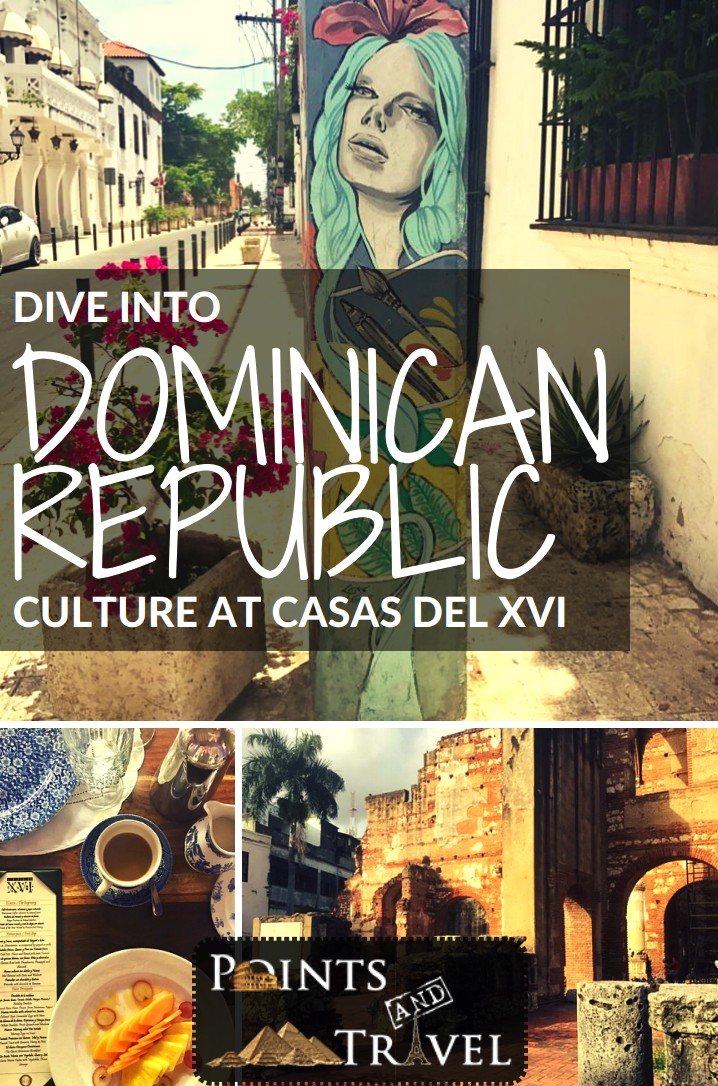 It is a UNESCO World Heritage site of Colonial Cities and a great example of an on-the-cusp colonial city right on the edge of revitalization. It was recently named as one of Travel + Leisure’s Best Places to Travel in 2017! My love affair with colonial cities of the world started years ago and I just can’t seem to get enough of them. I’ve been to quite a few old colonial cities – Cuzco, San Miguel de Allende, Guanajuato, Antiqua, Santiago, even New Orleans – but this one is special since it is known as the first city in the Americas! 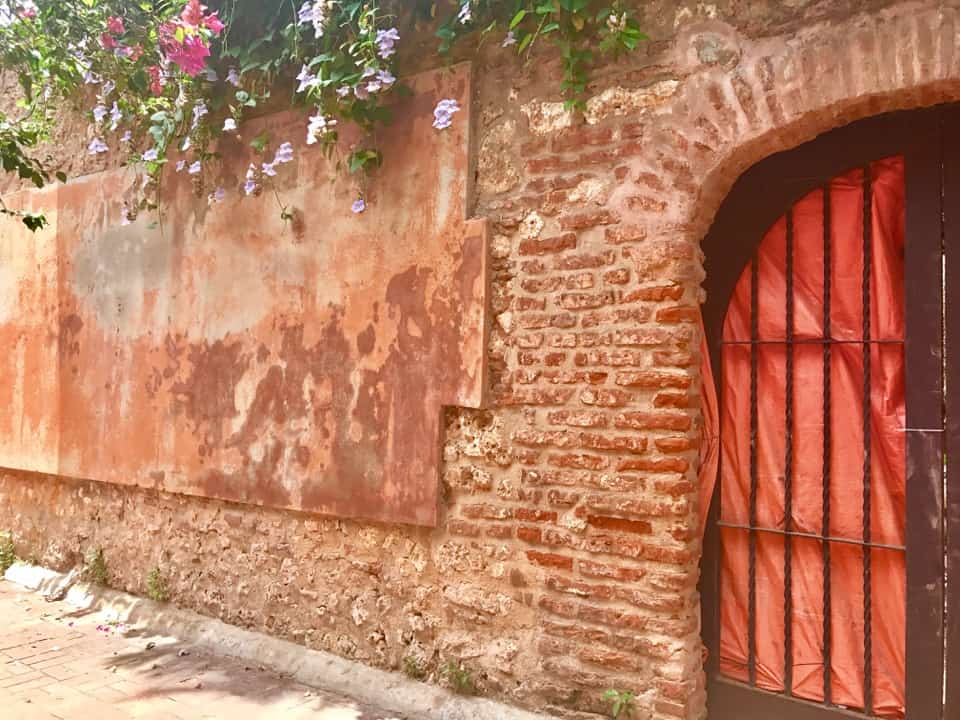 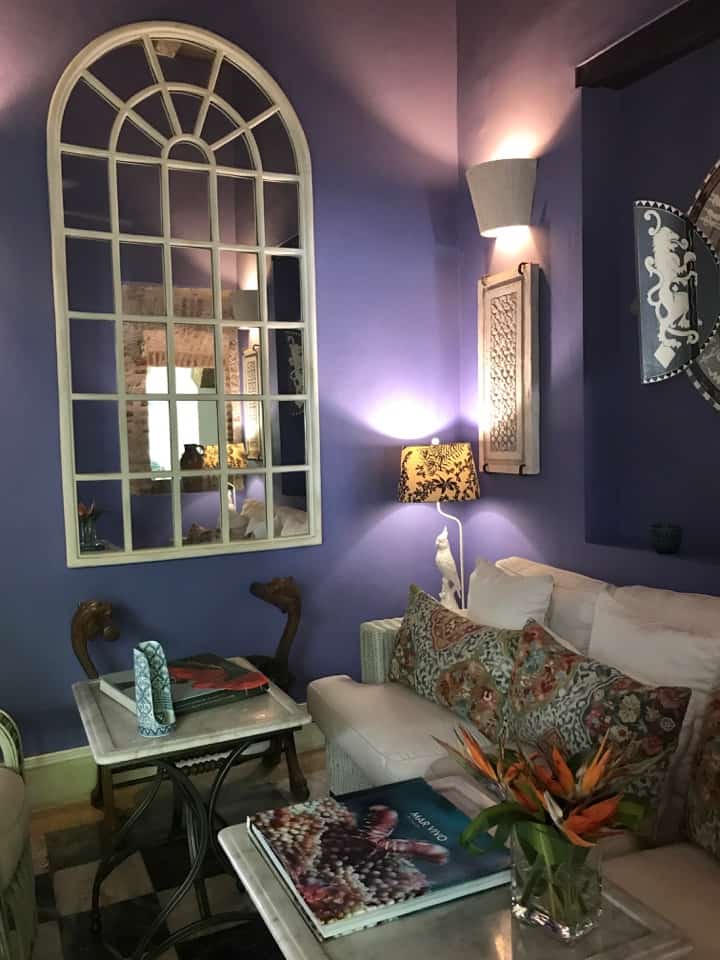 Literally, I have to take a quantum leap back to the colonial era in my mind to even understand what it must have been like during the 16th Century to land on this island. But today, I’m blessed, because I have found a family-owned hotelier that does an amazing job at preserving the architecture of yesteryear but brings the luxury component of today’s world into the mix. I am not sure how luxurious it was back then, but today, the properties of Casas del XVI are a leap forward into the sublime! 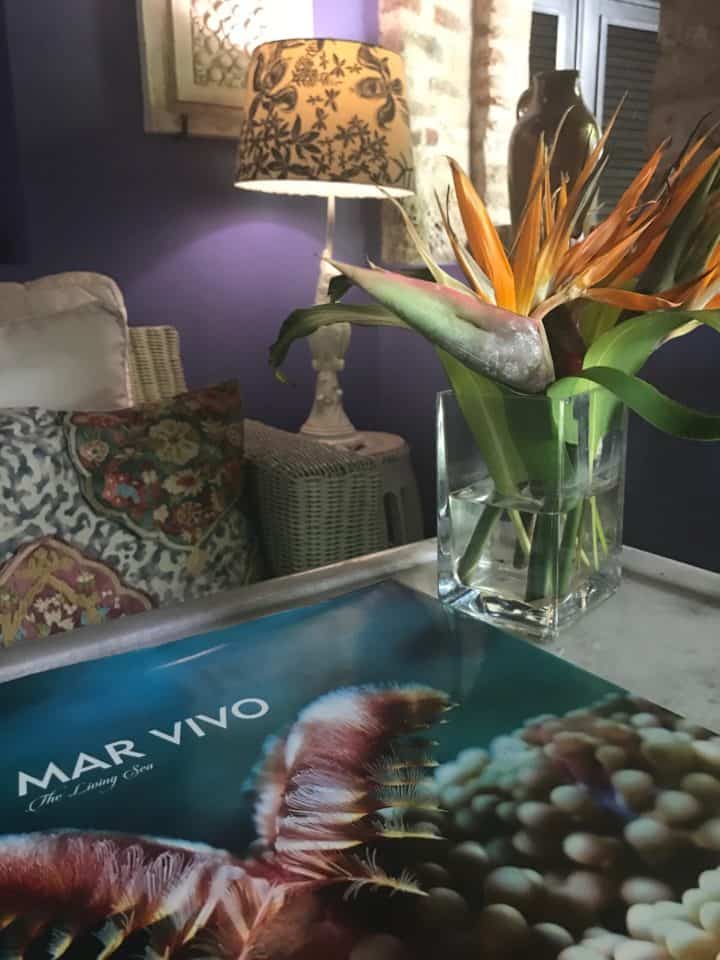 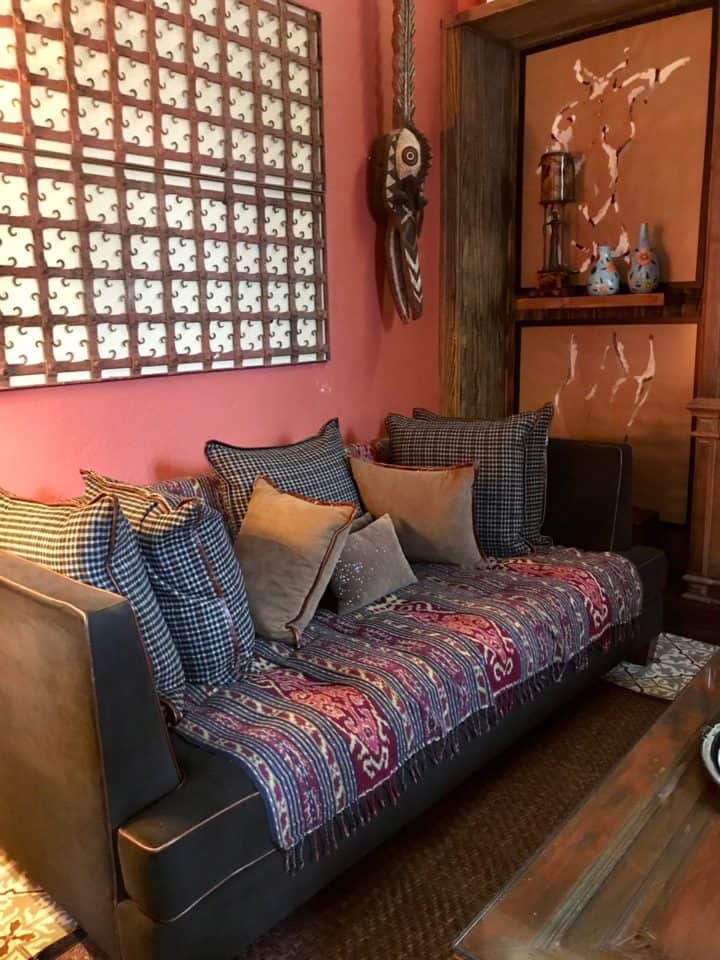 Casas del XVI has bought up many 16th century homes throughout the city center in different locations. They have lovingly restored them to their original grandeur with a luxury twist. They added all modern amenities, yet kept the old warm charm that they possessed – courtyards, traditional ornately tiled floors, iron balconies, brick arches, and Roman roofs.

Then furnished them in traditional, yet exclusive original heirloom art and furnishings from contemporary local and international artists. Each of the buildings maintains its original colonial architecture, yet interiors were gutted and reformed into new luxury villas. This is a whole new concept of combining the romance of the bygone era to the modern-day world. Which aligns perfectly with my tagline for this website which is:

“Adventure and culture by day, smart luxury by night!”

After all, it is the way I love to travel! 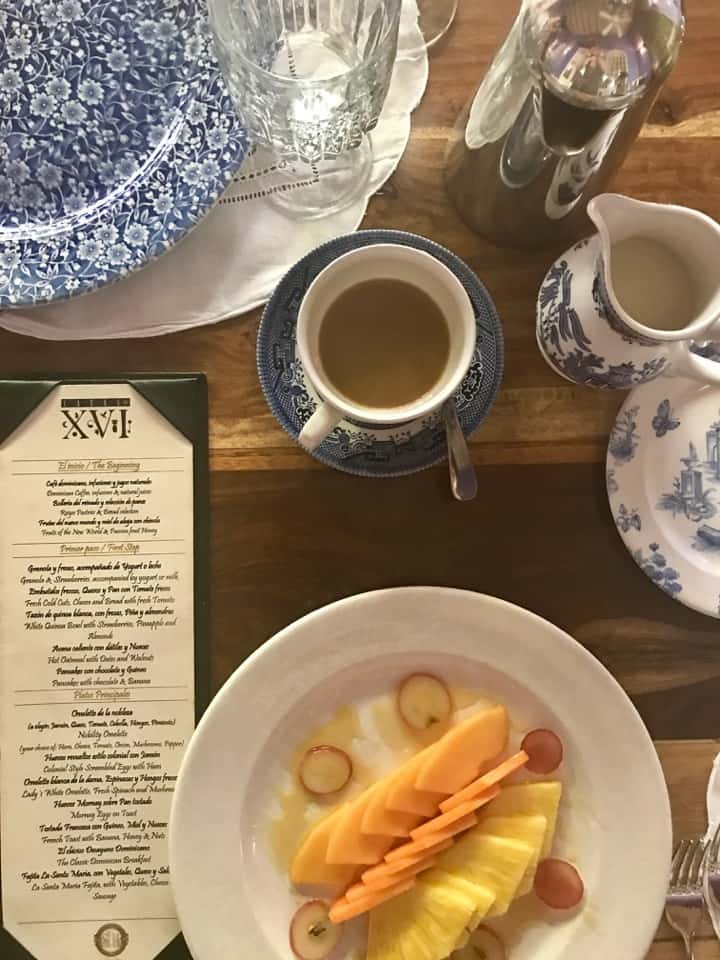 Dominican Republic Things to Do:

During the day, you can go out to visit the charms of the colonial city, visiting the squares, shops, markets, ancient monuments (Altar de la Patria), churches (the oldest cathedral in the Americas!), and ruins (the Hospital San Nicolás de Bari). 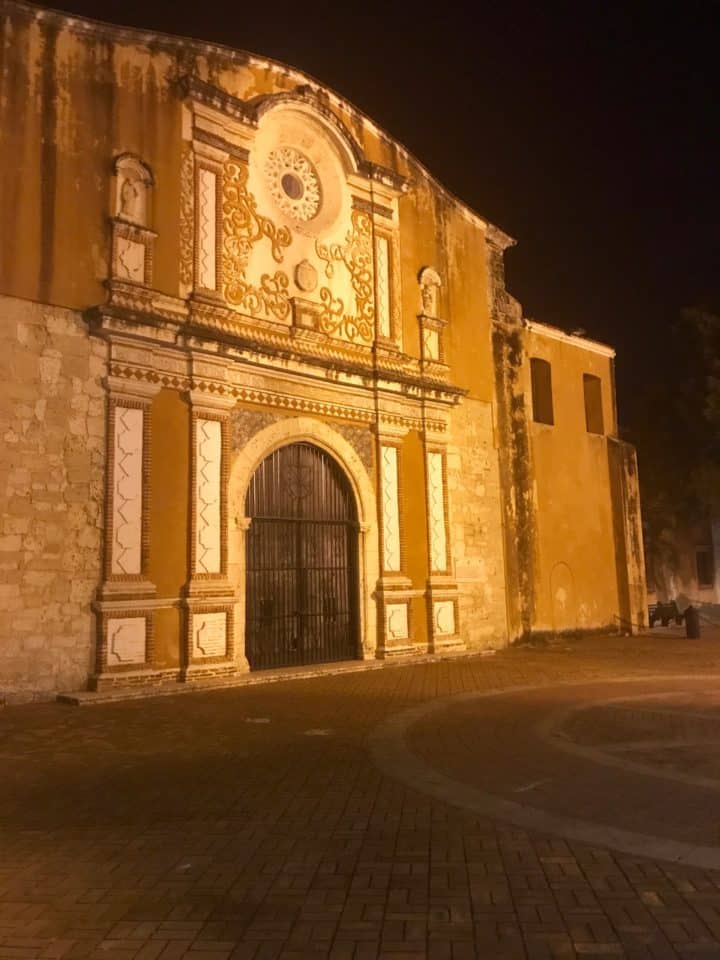 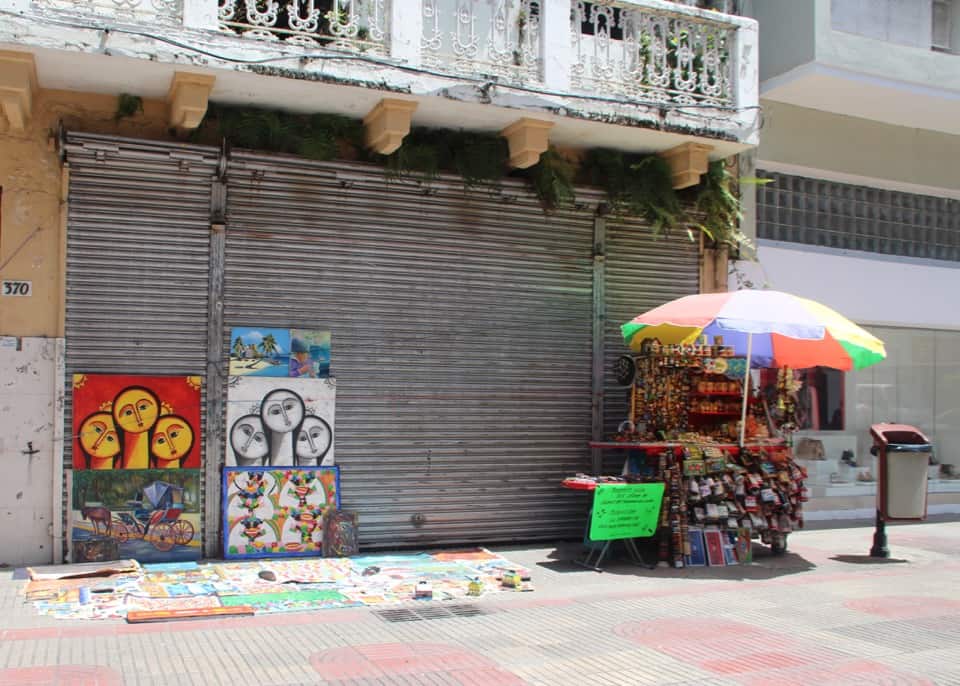 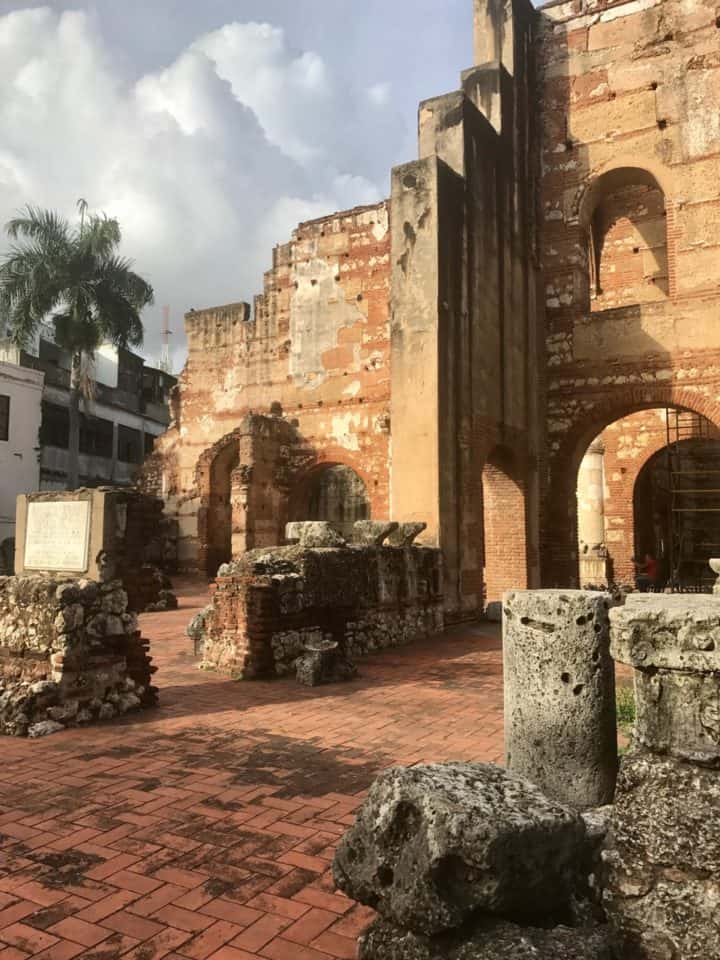 At night you can return after a traditional Dominican dinner at a classic restaurant like Mason di Bari (after having a few Cuba Libres or Mamajuana, as it is within walking distance to the Casas) 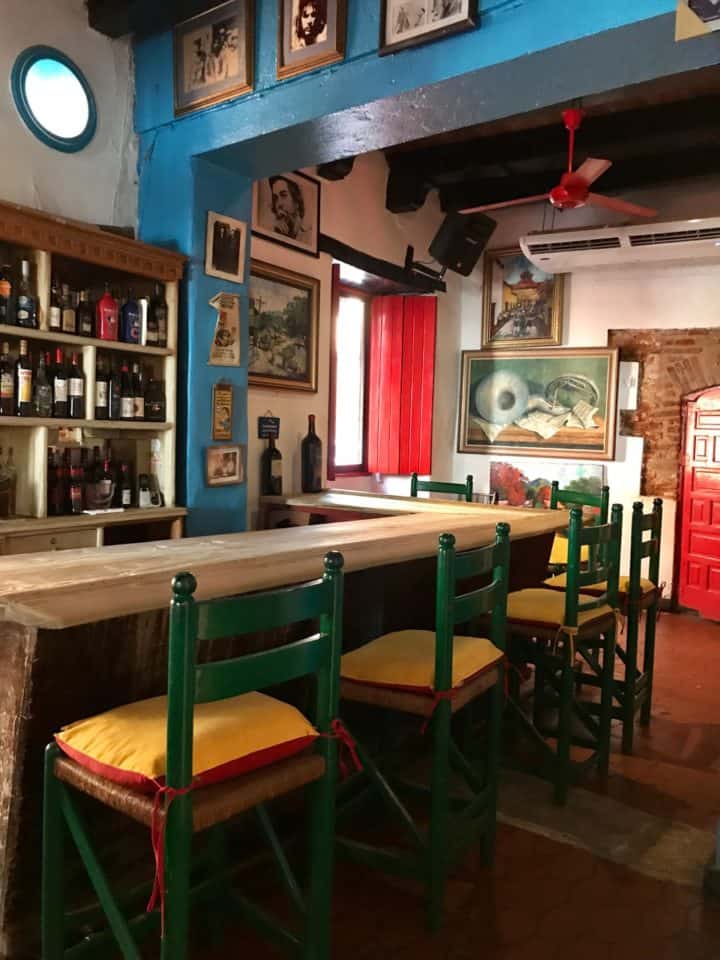 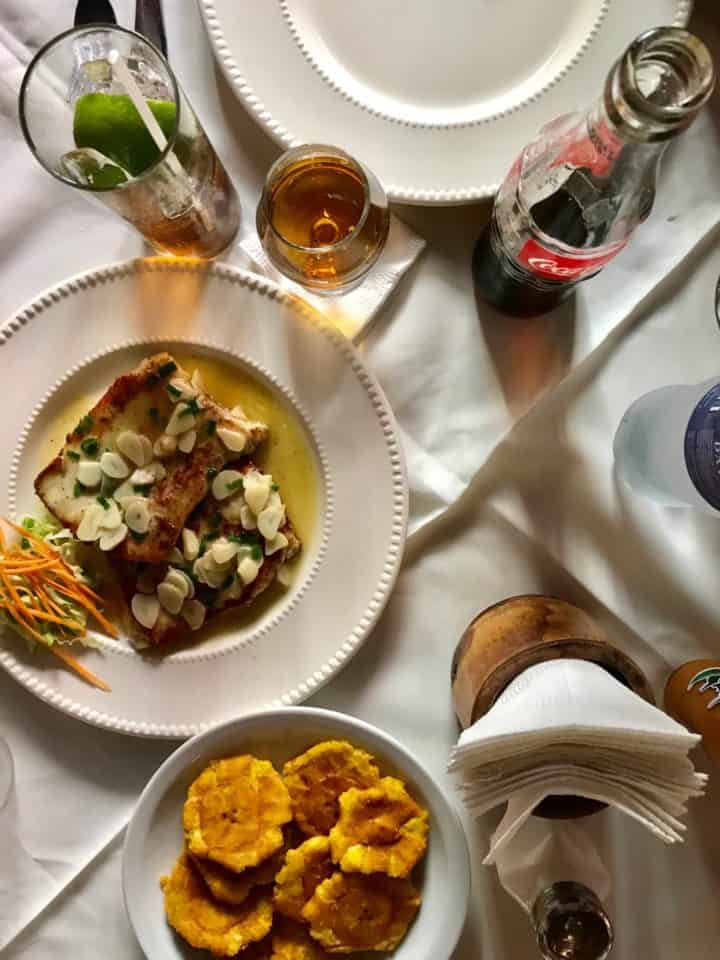 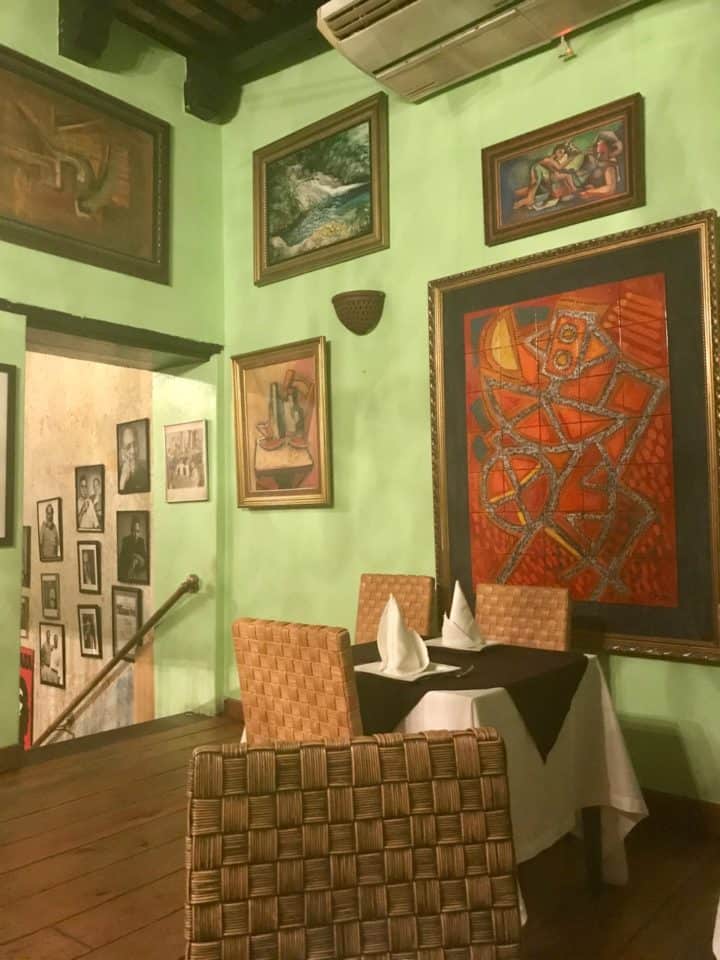 and then return to your luxurious suite. While at Casas del XVI, you can have a nightcap and maybe even have the chef whip you up a special dessert, since the butler will be waiting for your return. They have already given you an iPhone to call him if you need anything while you are out or need any type of concierge service. It is true, Casas del XVI has thought of everything! 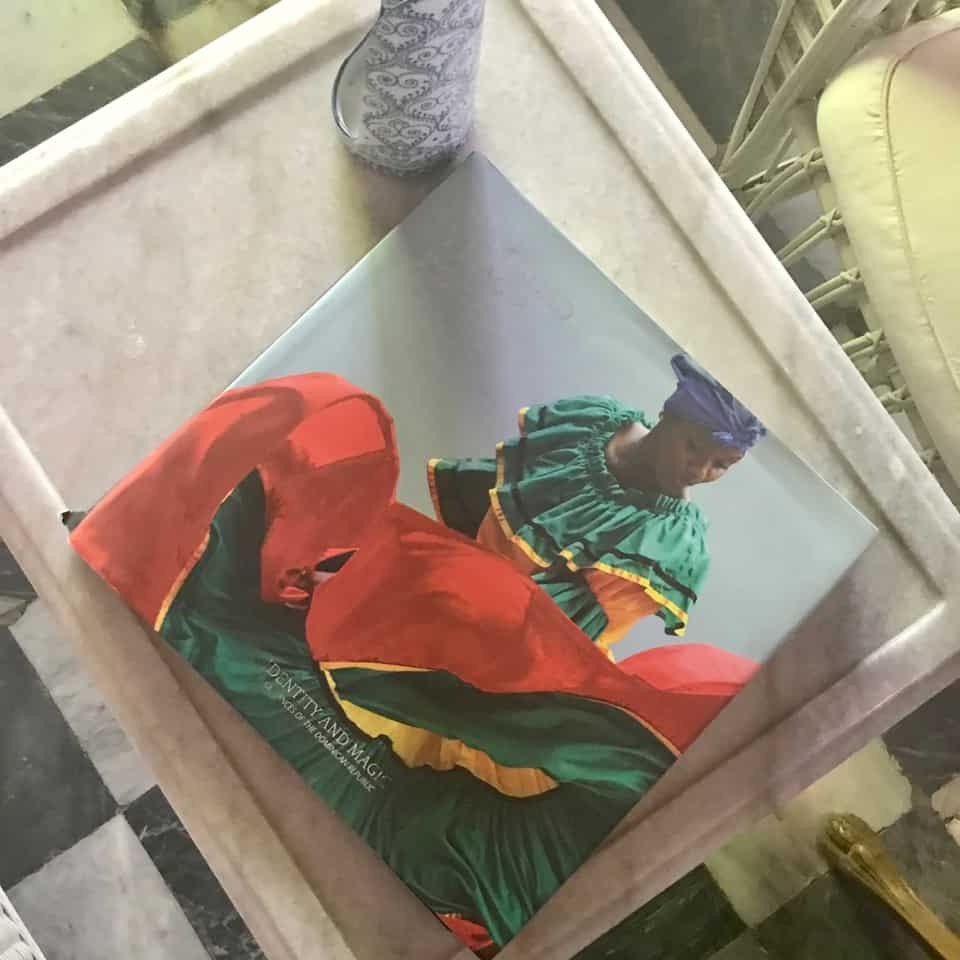 For more things to do in Santo Domingo read this! 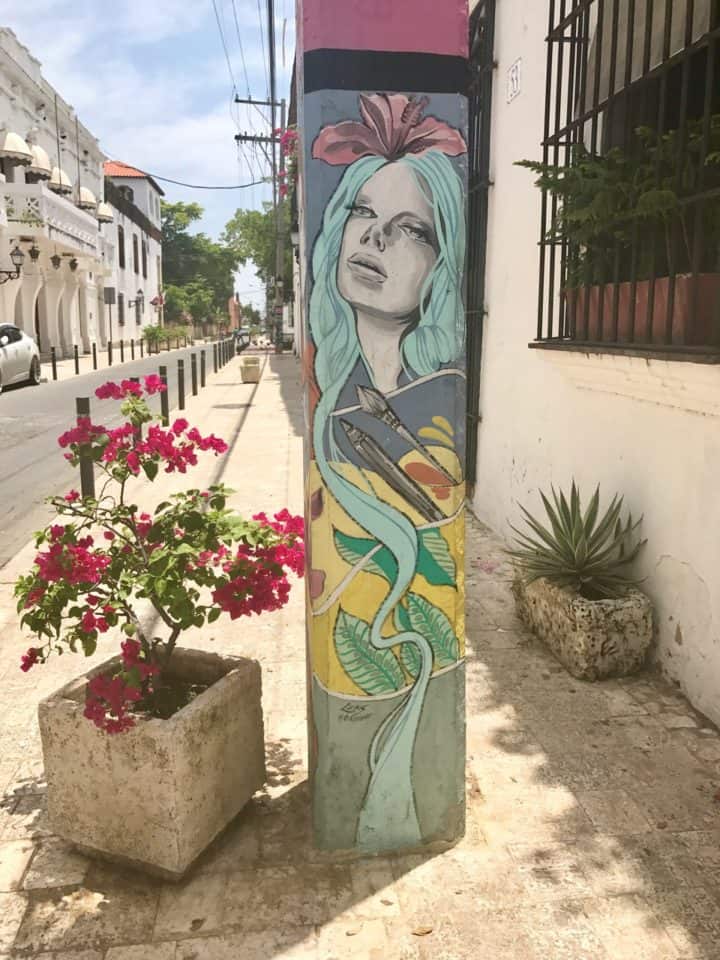 I believe that most travelers think they know what to expect when they visit the Dominican Republic, but a visit to the colonial city of Santa Domingo is a whole new ballgame. They will be surprised at how advanced the choices have become in the Zona Colonial for luxury boutique experiences. It is one of the hidden gems in the Caribbean, especially if you like to add in a bit of culture along with your luxury. 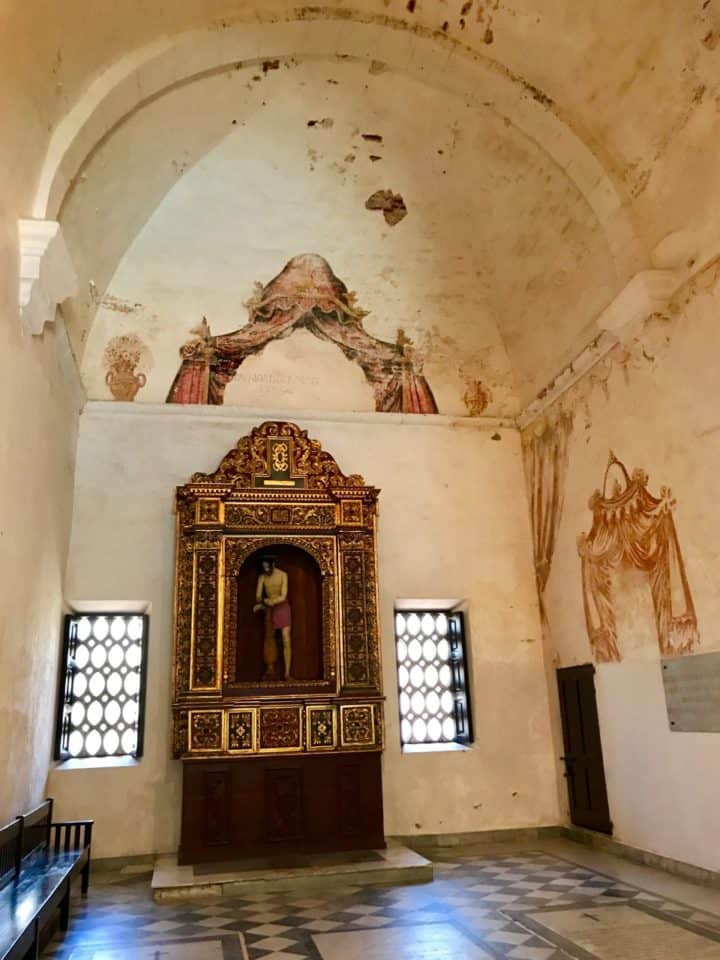 Santo Domingo Cleaning Up For Tourists

The last time I was here, I noticed the city was cleaning up the telephone and electrical wiring glaring at you from the streets, plus the gays, interior designers, and the investors have moved in and are buying up property and cleaning up the old city. I predict soon, even this place, will become the next big thing and out price most, but for now, it is on the edge of becoming a great destination for colonial city lovers. 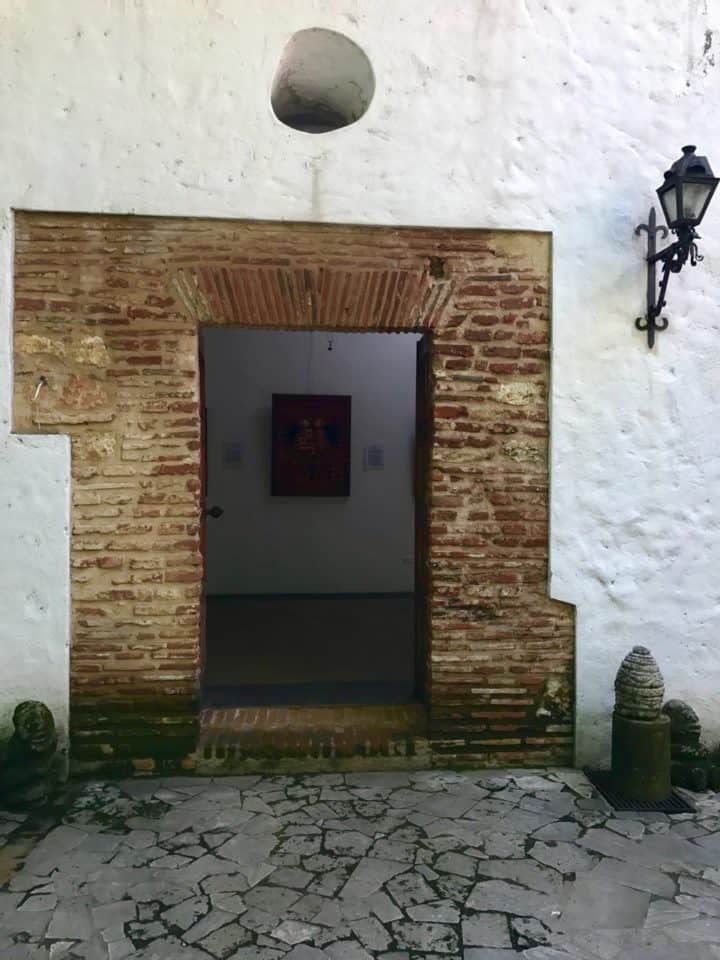 History of The Dominican Republic

As for a bit of brief history, the island of Hispaniola, where the Dominican Republic is located, was founded in 1492 by Christopher Columbus and claimed for the country of Spain. However, it was his brother Bartholomew Columbus who built the city of Santo Domingo in 1496. He built it along the East banks of the Ozama River, but it was moved to the West banks of the river by Nicolas de Ovando six years later in 1502.

Santo Domingo was the first seat of the Spanish colonial rule in the New World and thus the oldest city in the Americas. The Dominican Republic is the second largest Caribbean island (2nd to Cuba) and is one of the few islands that has two countries within it: Haiti and the Dominican Republic coexist on the same island. 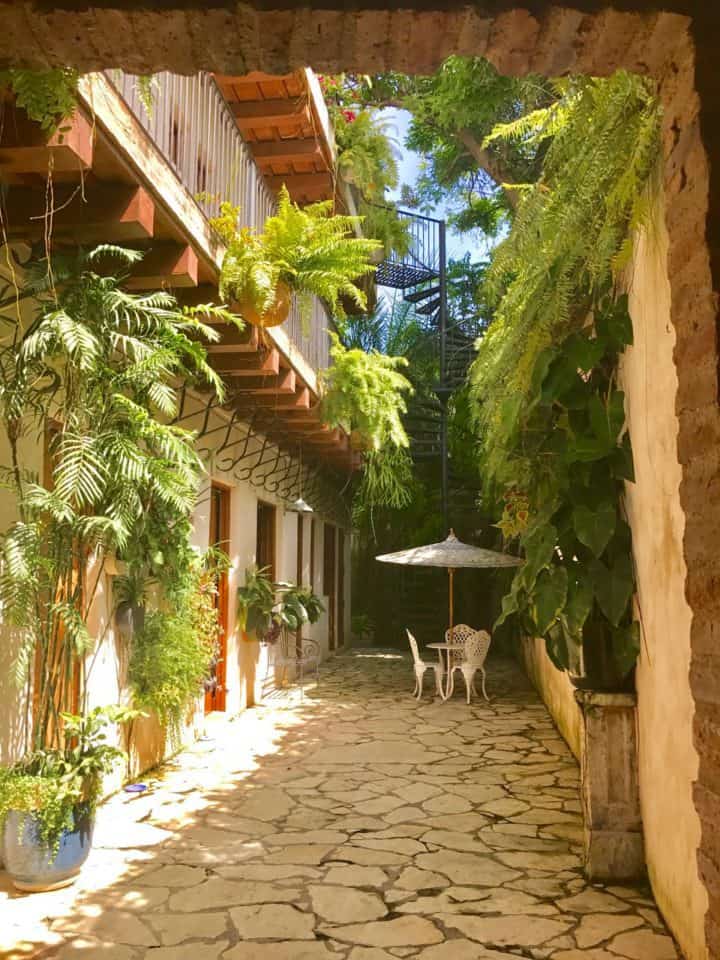 Where to stay in the Dominican Republic:

Casas del XVI is a member of “Small Luxury Hotels of the World”. The hotel was designed by Alejandro Marranzini to pay tribute to the region’s colonial past. The hotel is said to “preserve the beauty of the colonial houses that make up the old town neighborhood, offering guests accommodations in individual houses each dating back to the earliest European settlers.”

It consists of twenty villas spread throughout the Colonial Zona of Santo Domingo.

Rates start at $225 per night. To book, you can visit Casasdelxvi.com. 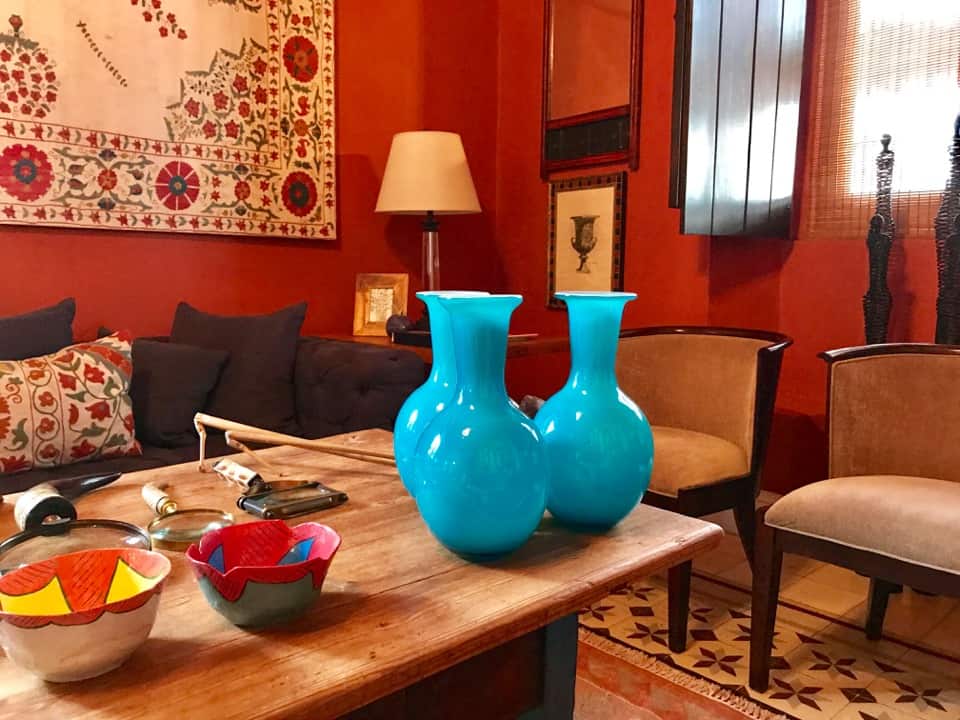 Dominican Republic Foods You MUST Try!

Santo Domingo – The First City in the New World

A Taste of Santo Domingo 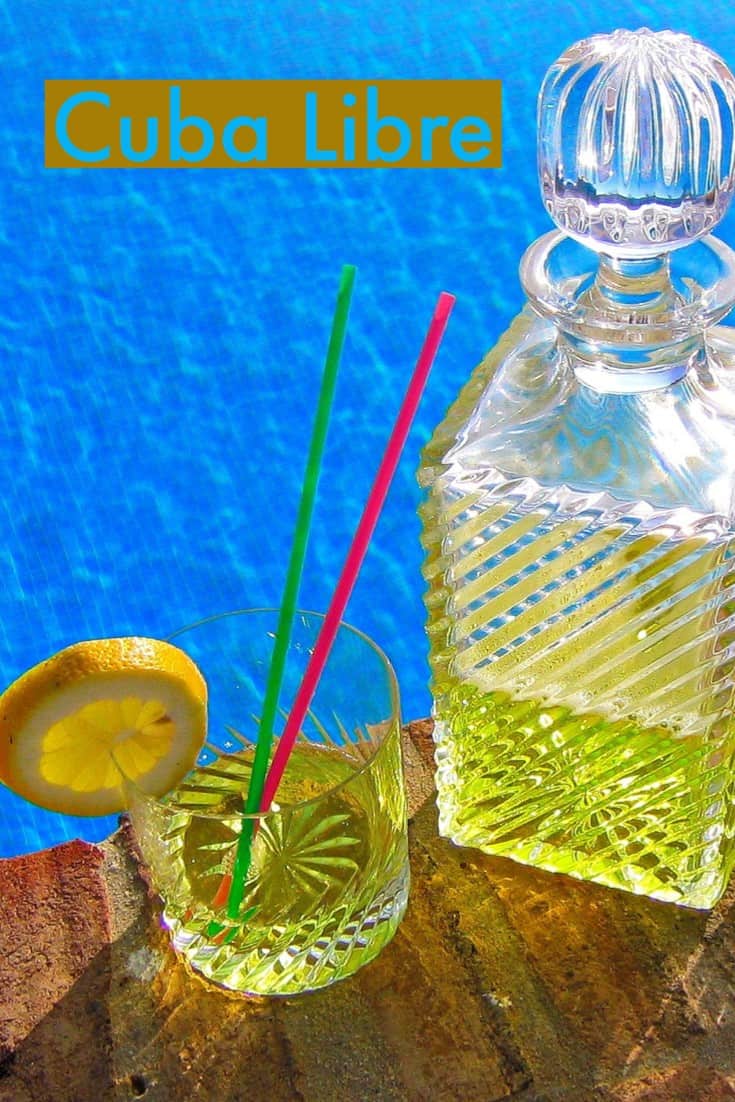 Disclosure:  The writer believes in full disclosure and wanted to let you know that this trip was provided by Casas del XVI.  As is common in the travel industry, the writer was provided with accommodations, meals, and other compensation.

I've never really thought of visiting Santo Domingo but it looks too beautiful not to know! And the place you stayed looks wonderful. What a nice touch to give you an iPhone!