Many women in the Middle East are known for their exotic beauty. Almost all of them looked beautiful to me! Actually, it was difficult to figure out if they were beautiful or not, based strictly on their eyes.  However, it is understandable that they would use any form of Kohl eyeliner to deepen the mystery about their eyes. They also use Khol (كحل‎) Eyeliner with excellent precision.

Khol Makeup and the Evil Eye

But what really is Kohl eyeliner and Kohl’s makeup? What is Kajal makeup and what is the difference between Khol makeup and Kajal makeup?  Below see the Kajal makeup I picked up while visiting a store in Jordan. Let’s explore this smokey mystery.

What are Kohl eyeliner and Kohls’ Makeup?

Kohl is an ancient eye cosmetic that mostly contains the mineral galena or lead sulfite. It is widely used in the Middle East, North Africa, India, and Southeast Asia. I also saw a lot of people wearing a similar product while I was visiting the Taj Majal City in India.
The use of Kohl dates back centuries and has been passed on to the next generation of young Middle Eastern women. Traditionally Kohl was used for its therapeutic properties. It was believed to protect against eye disease and help control the glare of the sun in the desert. I know I saw plenty of Bedouin men in the desert of Jordan wearing it as well, so there must be something to its therapeutic use.
Modern-day American football players have been known to also use it on game day. But what I recently found out is that there is NO KOHL eyeliner manufactured in the USA since Kohl is a mineral that’s never been FDA approved for cosmetics. This is because of the way it is mined, which means it always contains lead. In the USA today, the word kohl now refers to the color of grayish-black, like the color of a pencil lead and not necessarily to the mineral kohl. In the USA, we use organic charcoal instead of lead or kohl. 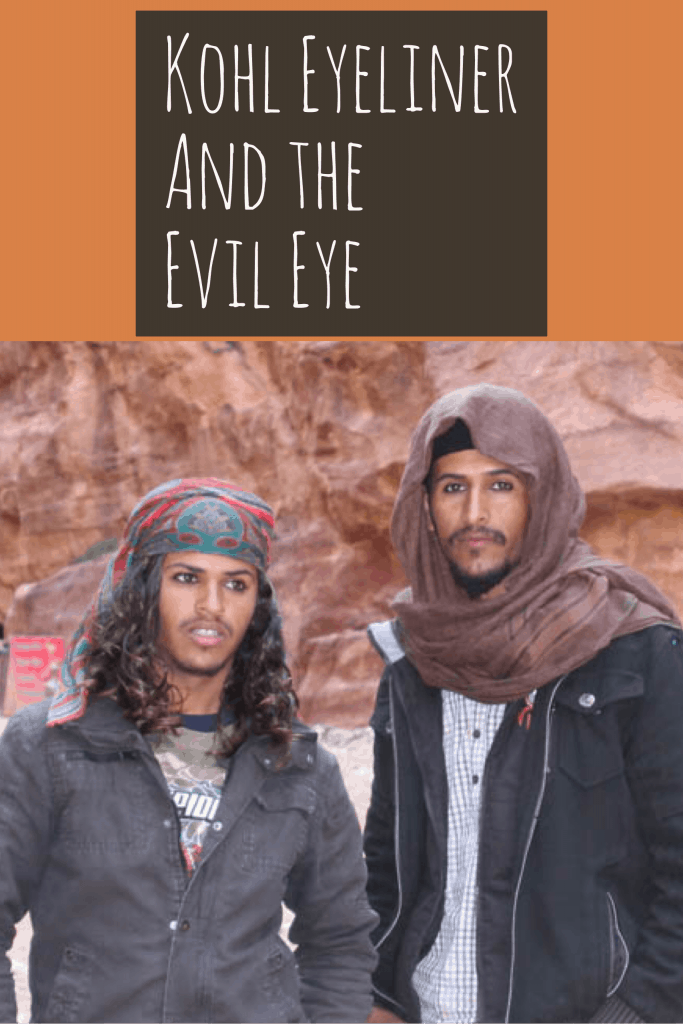 What is Khol (كحل‎) Eyeliner and the Evil Eye (عين الحسود‎)

I saw the terms Kajal and Kohl used interchangeably throughout my research on this product and found it difficult to discern the difference between the two. However, I did find that in North Africa and the Middle East, homemade kohl is often made by grinding galena (lead sulfide).

Kohl eyeliner pencils are typically made from powders, pigments, and waxes. In the West, manufacturers use organic charcoal instead. Plant oils and the soot from various nuts, seeds, and gum resins are often added to the charcoal powder. But the idea of both is really the same

Basically, Kohl’s makeup creates a very smoky and exotic look for the women (and men, children) who wear it. 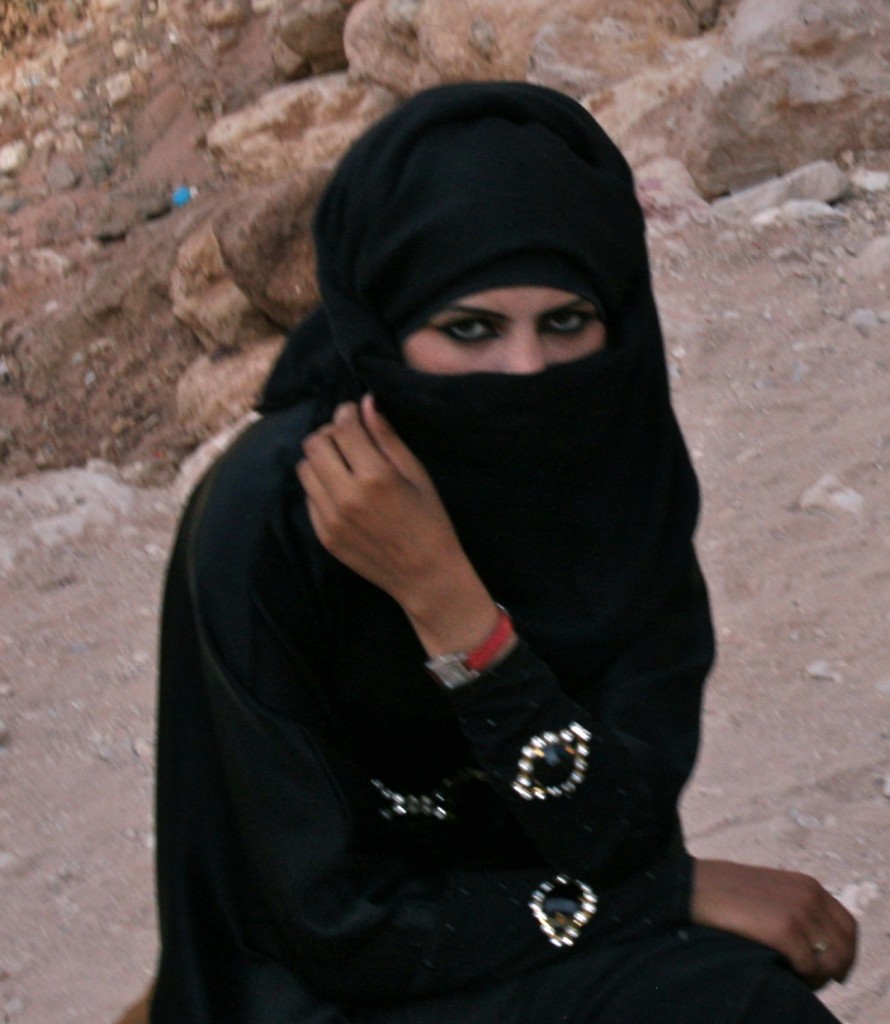 I believe this woman is going for the mysterious sultry look.

Kohl has also been used in India as a cosmetic for a long time, as well. Mothers would apply kohl to their infants’ eyes soon after birth. This was said to “strengthen the child’s eyes” and they believed it could prevent the child from being cursed by the evil eye. But what does the evil eye have to do with it?

The “evil eye” is also known in Arabic as ʿayn al-ḥasūd (عين الحسود‎).  The idea expressed by the term causes many cultures to pursue protective measures against it. The concept and its significance vary widely among different cultures and is a widely extended belief among tribes, primarily in the Middle East.  I have read that the idea appears several times in translations of the Old Testament. 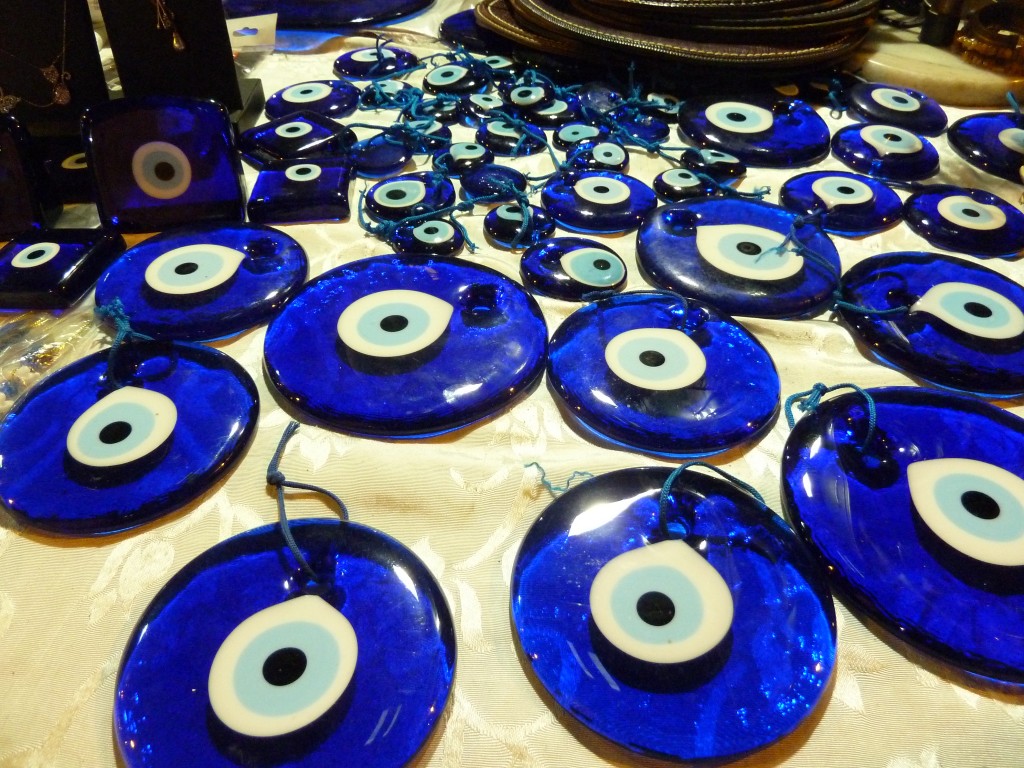 These symbols are also known as the Evil Eye in Turkey.

Charms and decorations featuring the eye are a common sight in Turkey and have become a popular souvenir of tourists.

I gave a few of these glass charm key rings to some Mexican friends of mine for good luck and they were telling me that they are very familiar with the evil eye (Ojo malo). 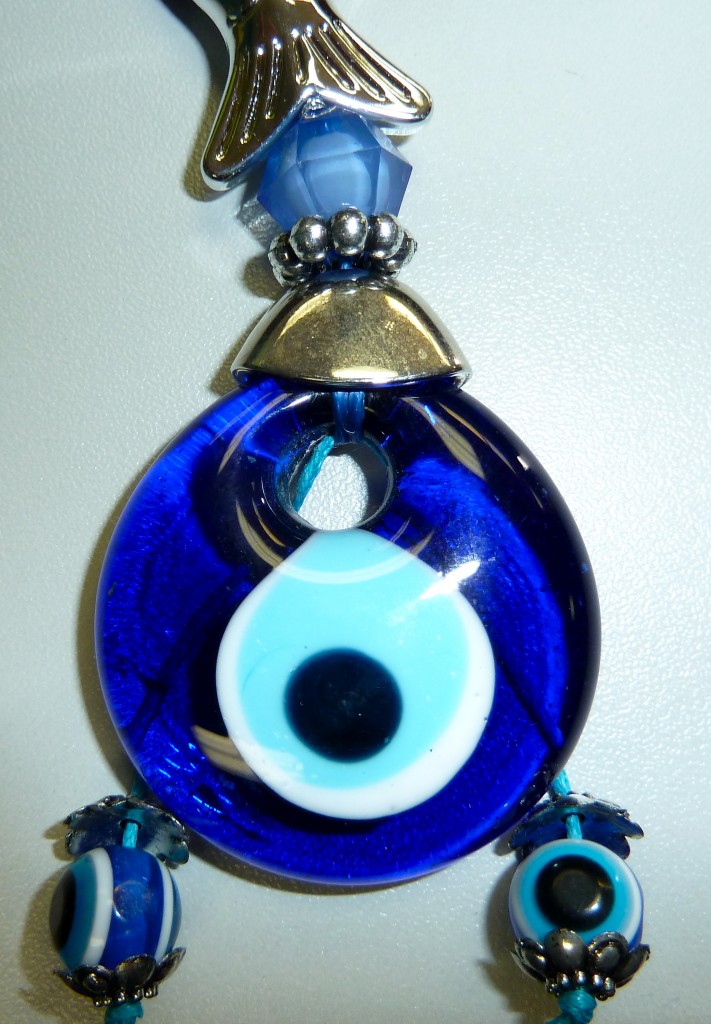 The Mexicans have a little bit different twist on the concept, for them, it helps them with the forces in the environment. They are innocent victims of these forces which may be witches, evil spirits, the consequences of poverty, or bacterias which invade their body. Mexican folk concepts of the disease are based in part on the notion that people can be victimized by the careless or malicious behavior of others and so they need to be protected. 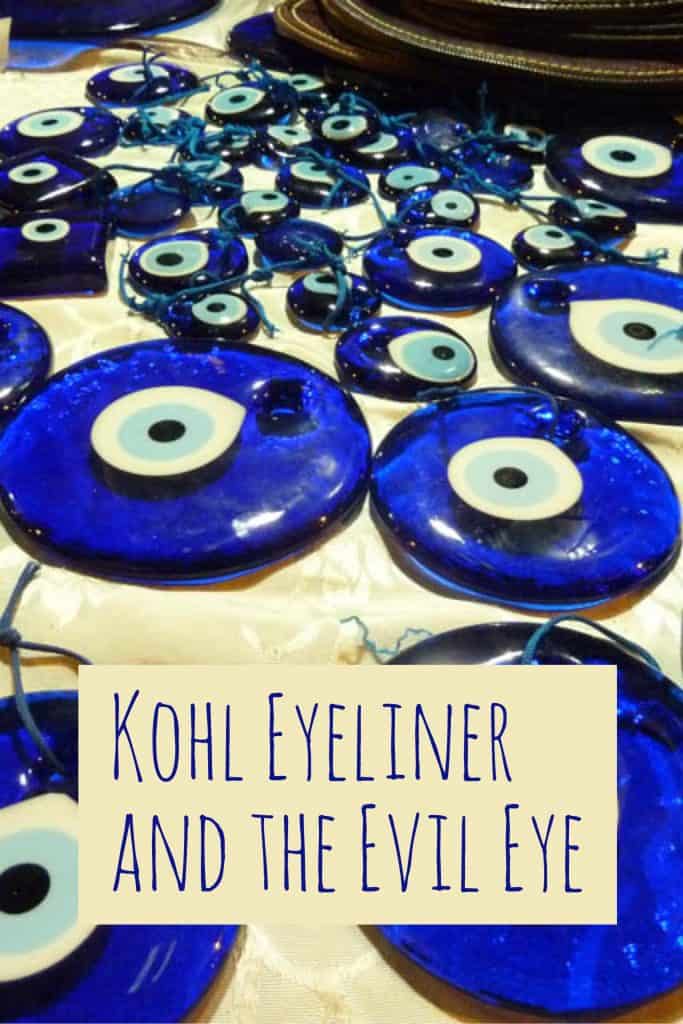