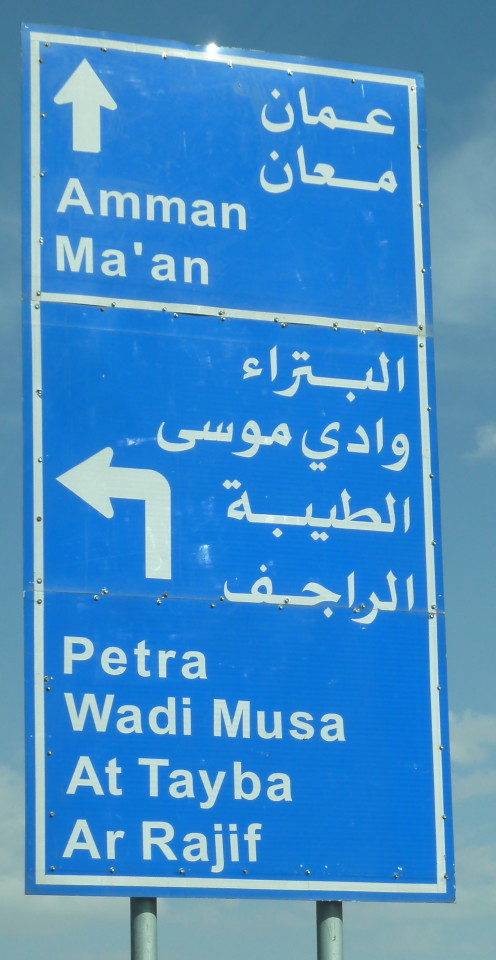 A bit off the beaten path…

We arrived in Amman at 10:45 pm at night. Damn Crazy Americans!  By the time we made to the car rental place, it was almost 11:15 pm.  The plan was to drive from Amman to Aqaba, a three-hour drive, in the middle of the night in the middle of the desert.  It seemed like a good idea at the time!

Aqaba, Jordan is a coastal city situated at the northeastern tip of the Red Sea. Aqaba has been an inhabited settlement since 4000 BC profiting from its strategic location at the junction of trading routes between Asia, Africa, and Europe. From the shores of Aqaba, Jordan you can see Elat يلات‎, Israel, and Taba, Egypt, looking across the Red Sea.  All within sight of Saudi Arabia.

Fortunately, we met some other crazies, a Brazilian couple, who were standing in line behind us at the rental car place.  They had almost the same insane plan we had, only they were going to Petra first.  “See, I quipped, “Americans are not the only crazy ones in the world! ” I told my husband. 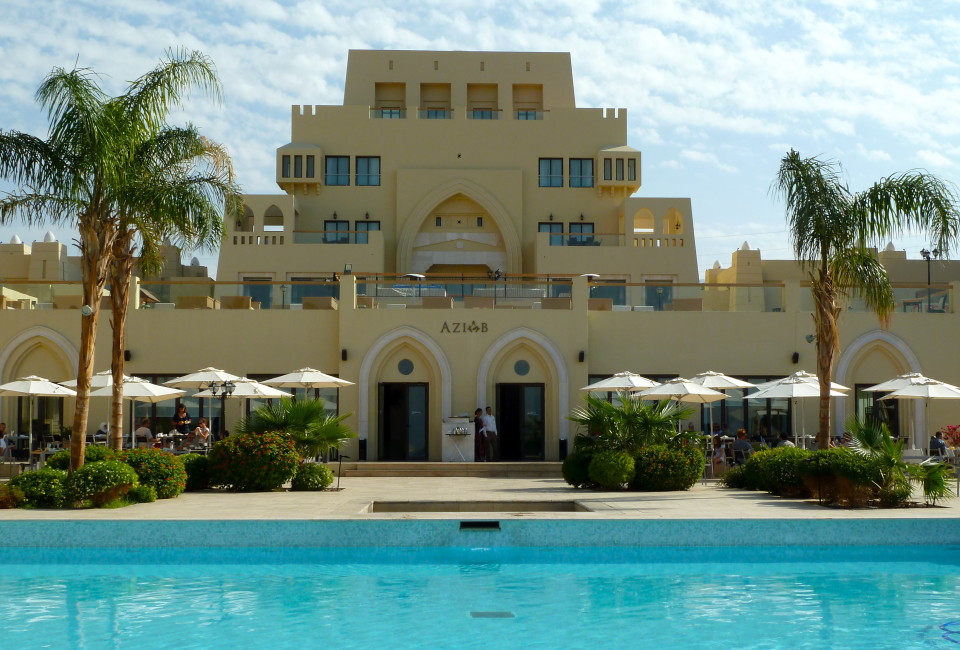 We quickly decided to caravan together down the road until we got to the Petra turnoff, and then said goodbye to our newfound friends on the side of the road. We arrived at our Club Carlson hotel (points people know this one), the Radisson Blu Tala Bay Resort. 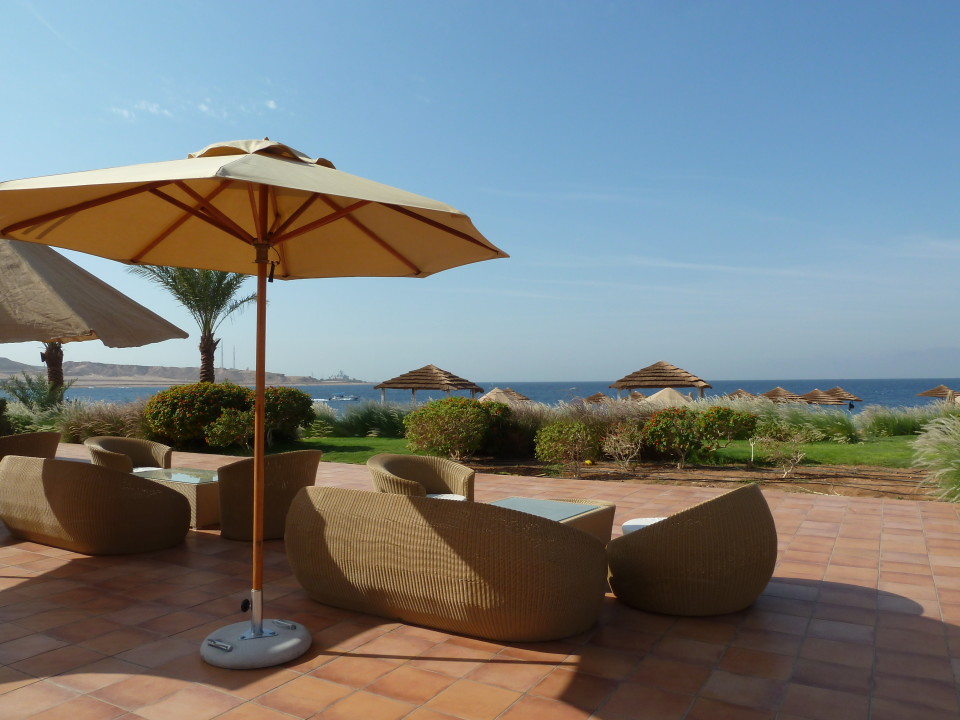 Arriving at 4:45 AM (we had to get gas, water and we also lost an hour in the time change).  I asked for a wake-up call at 7:45 AM, since we had a scuba diving pick-up scheduled in the Red Sea for 9 am. We still had to get our gear ready. The front desk guy looked at me like I was crazy.  “Well, yes, I am, thank you.” (I think he was really the night security guy because he barely had a clue as to how to check us in!  Maybe they don’t get that many people checking in at 15 till 5 in the morning!) 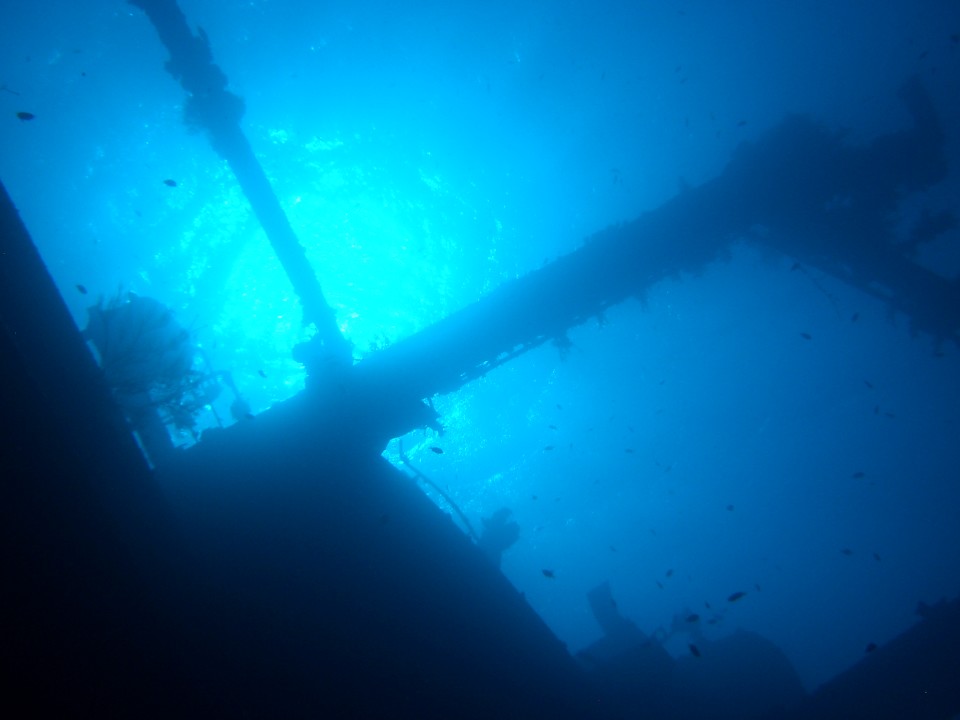 And I am off to Jordan

Listening To Silence – Jordan by Night

Next up was the bus ride to the dive site. We found out that in Aqaba, Jordan there are very few boat dives, but mostly just shore dives. (Which are not my favorite for all the extra work you have to do!).

We were finally diving into the Red Sea!  We chose the wreck of the Cedar Pride as our first dive of the morning, especially since it is the most famous dive in the Red Sea. The fact that the wreck of the Cedar Pride can be reached from the shore makes it unique and one of the more famous dive sites. It was a Lebanese cargo ship that was sunk in 1995 purposefully after being abandoned at sea due to an electrical fire. Prince Abdullah, a diver himself, patronized the project and helped in the rather difficult task of selecting the suitable site for the sinking amid the highly sensitive coral reefs. 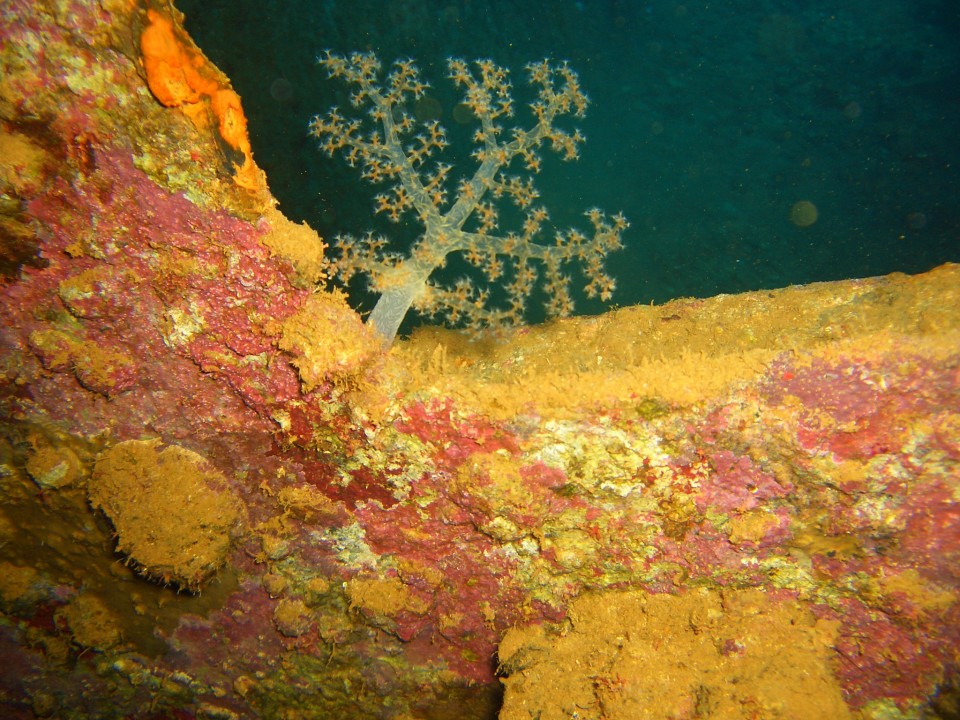 After careful consideration and several attempts at sinking it, the ship found its present and final resting place at the bottom of the Red Sea near Aqaba’s South Beach. We dove with  Red Sea Divers as our dive operator and took our own equipment. We didn’t have to go too far offshore, to start our descent down into the wreck. It has settled between 22 feet and 85 feet, which is the perfect depth for a recreational diver.  Sad to say that my underwater camera’s seal had some issues. I was able to recover a few photos, but not the money shot which was when we were in an air pocket underneath the water at 50 feet (or so)! 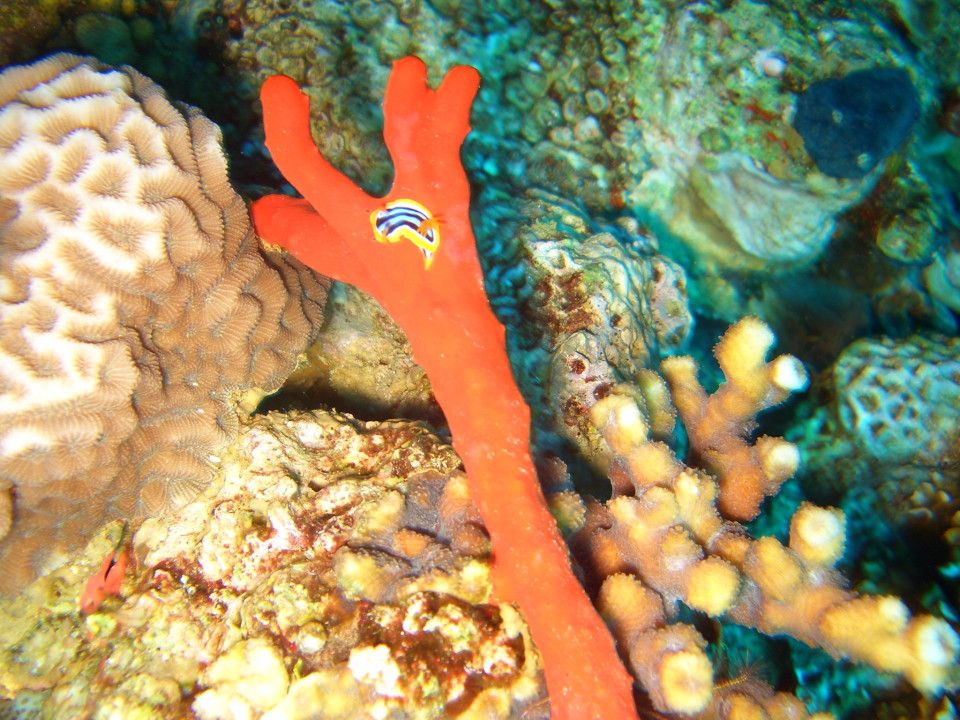 This means, you are at a depth of 50 feet in the Red Sea and can go through a hole in the ship, that then takes you to an open pocket of air! How cool is that? I find it amazing! (But don’t take your regulator out of your mouth to breathe this air, no telling what fumes might be in it!) The second dive of the day was another easy shore dive.  The Red Sea does have an awesome reef and it appears that they work hard on maintaining it. 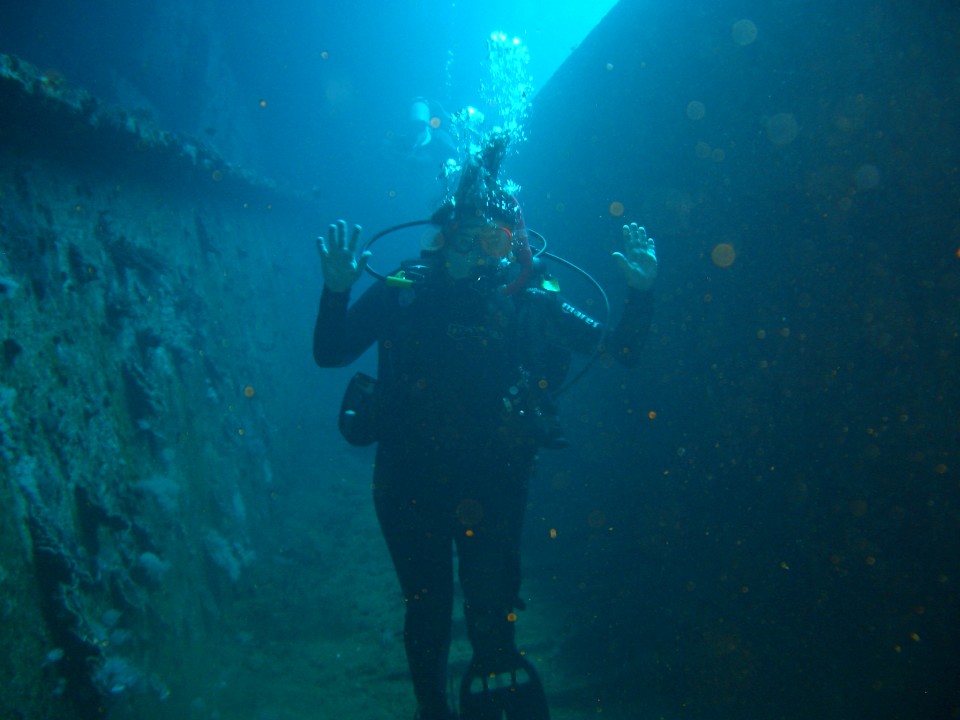 Petra, Jordan by Night and the Cave Bar

Petra, Jordan:  “A rose-red city half as old as time”

A Candlelit night in Petra, Jordan

Aqaba, Jordan is a bit different! 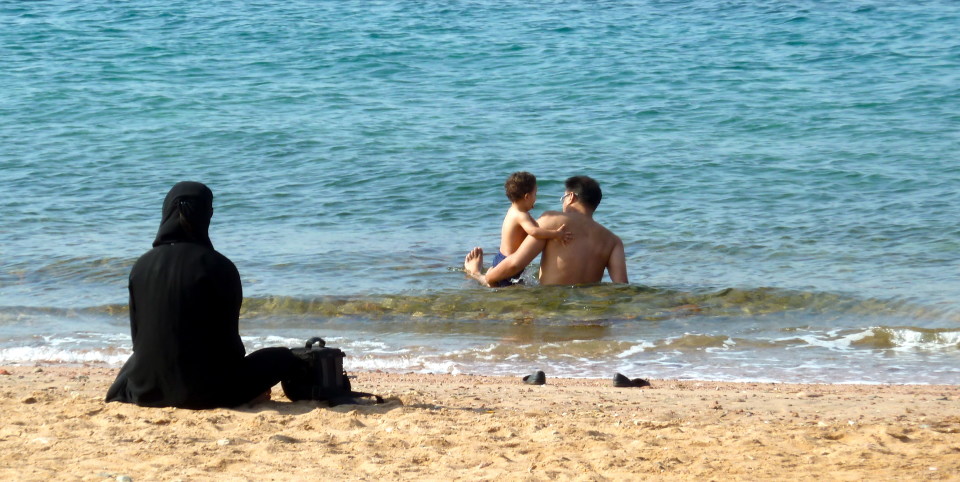 The funny thing about Jordan is you can tell you are not in sunny California! 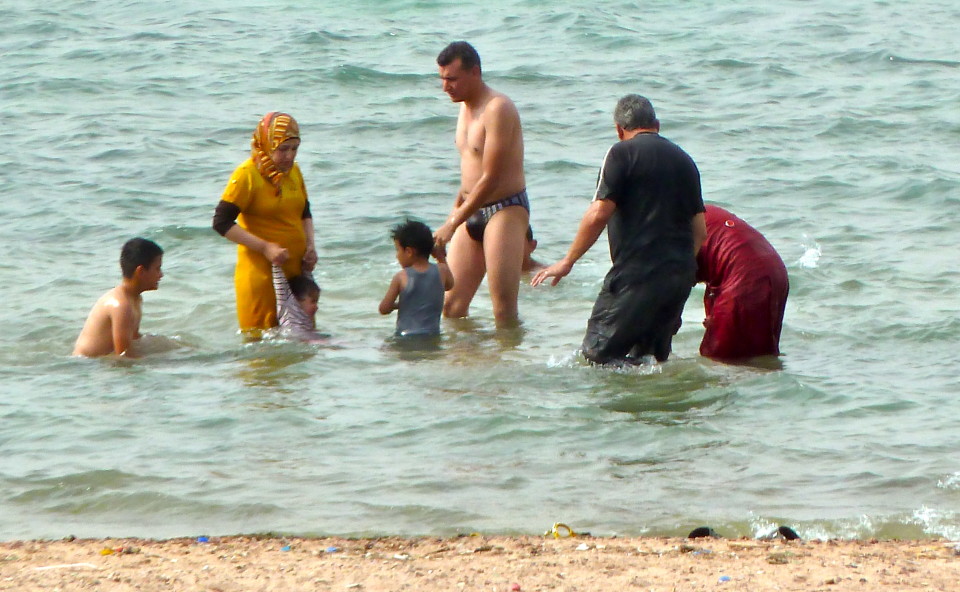 The men are in their speedos and the women are completely covered up (yes, even at the beach and in the water!)  Then you see the camels on the beach and you really know this is not the USA!

Some women wear full cover-up bathing suits at the beach.  Here’s a beauty I saw in the hotel gift shop! 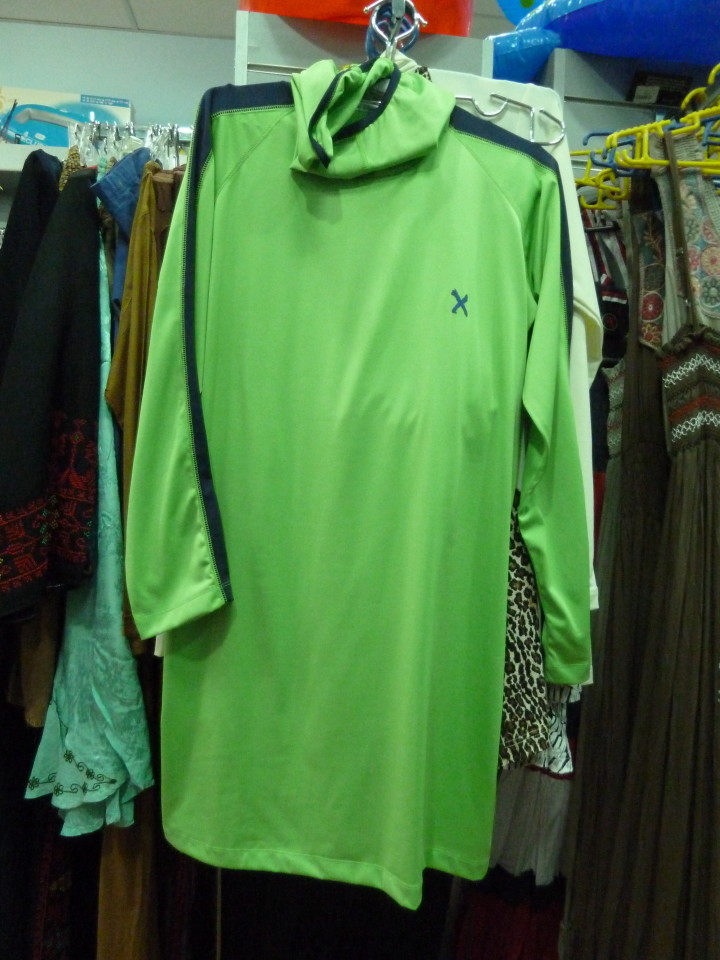 I think my friend Christina, who is from the USA, and went from fashionista to recessionista to middle-easta might have something to say about the fashion value of this bathing suit!  She now co-owns Ethical Muse in Dubai, United Arab Emirates. It is a company that designs and sources out high-quality accessories made from recycled and sustainable materials to bring awareness of global social causes to the conscious consumer.

I am pretty sure this aqua green outfit with blue stripes won’t fit the bill!

Love it Cindy! Hey, I was thinking that green get up was pretty sexy myself! Not! Alice

You and I can get one and wear it at the beach next summer!