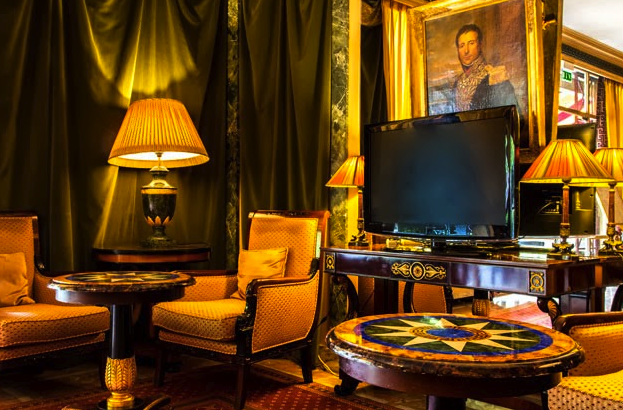 I arrived all grunge and incognito after an overnight from Phoenix to Paris.  The thing about these flights, is that they arrive so darn early the next day that the only thing I want to do is get into my hotel room, take a quick nap or shower or both and figure out what my body gauge is telling me I need to do next.  Upon my arrival, my suite was not quite ready (OK, so I am NOT a QUEEN, but it was 8 am!), however shortly within a few hours, they were able to let me into my suite and I could not have been happier.  In the meantime, as they knew I was waiting in the newly renovated lobby of their recently awarded 5-star hotel, they offered me sparkling water and a croissant. 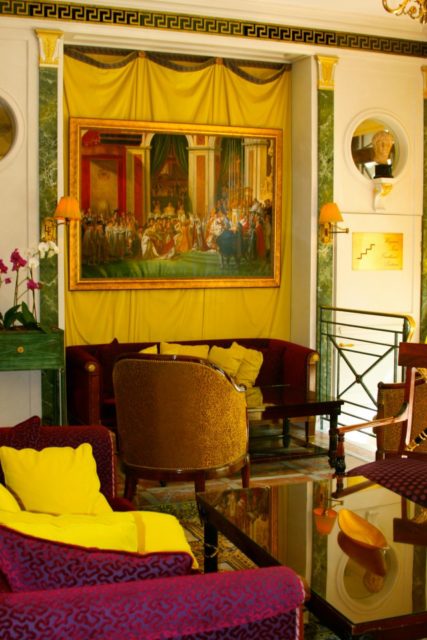 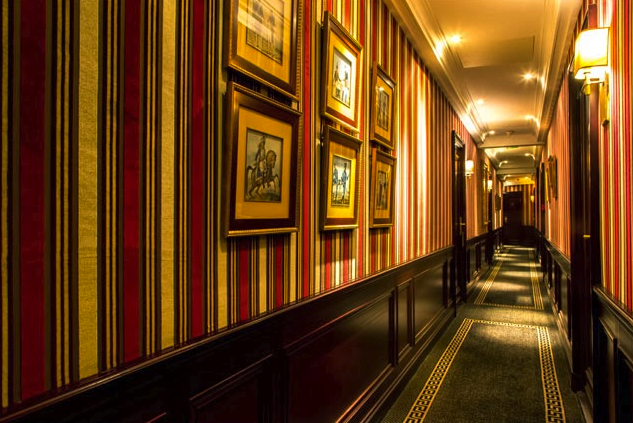 Once making my way up the lift, and finding my room number, I swung open the door to a spectacular suite!  I was in Queen Heaven!  I had arrived and found my luxurious suite. 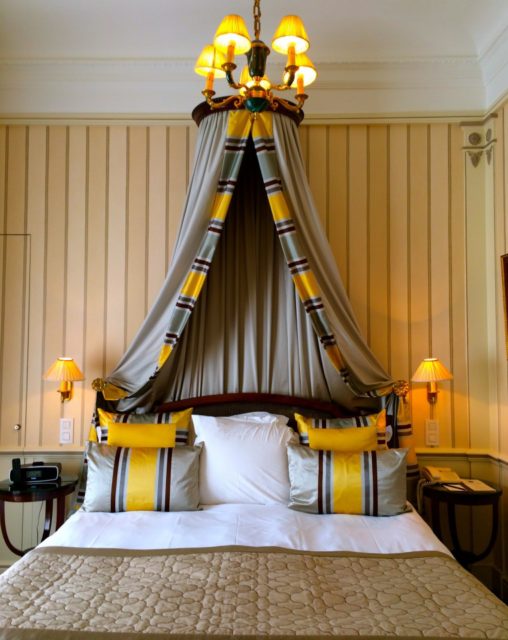 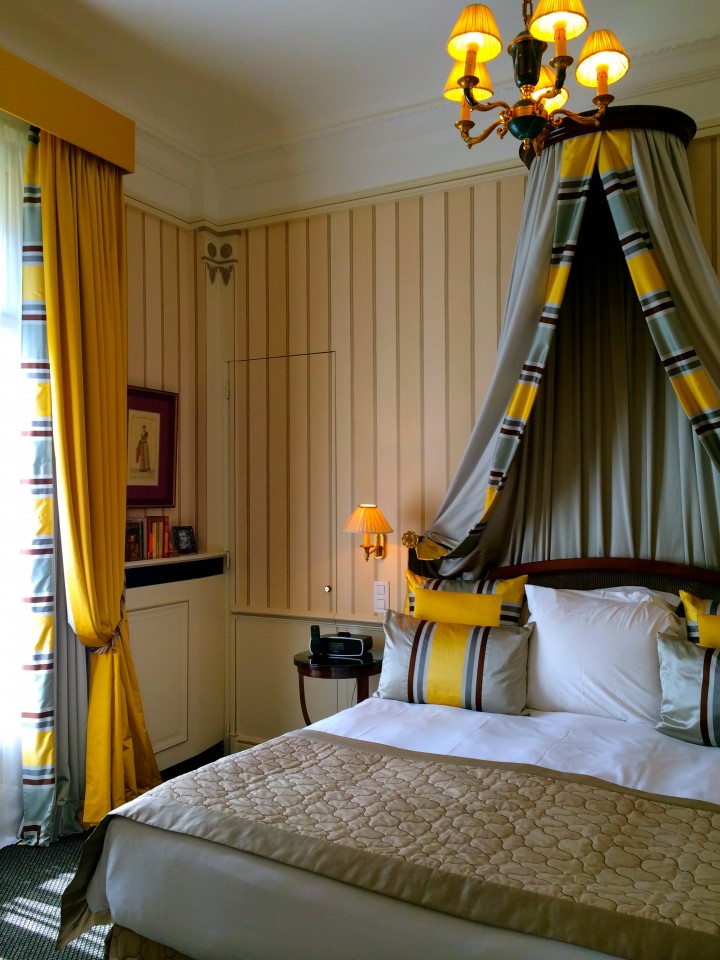 In fact, this hotel has 51 rooms and 51 suites, so if it is a suite you want, there is no shortage of suites at this hotel.  As you can see from the photos, the room was made up in Queen style interior design and I immediately began to feel at home.  Once settled in, I checked out the internet services, and thank God they worked perfectly.  Then I took a gander at the amenity products and the desk for my workstation.  I don’t know about you, but I work when I am on a trip!  The life of a travel writer requires it.  With the wifi, the signal was good and constant the whole time I was there. 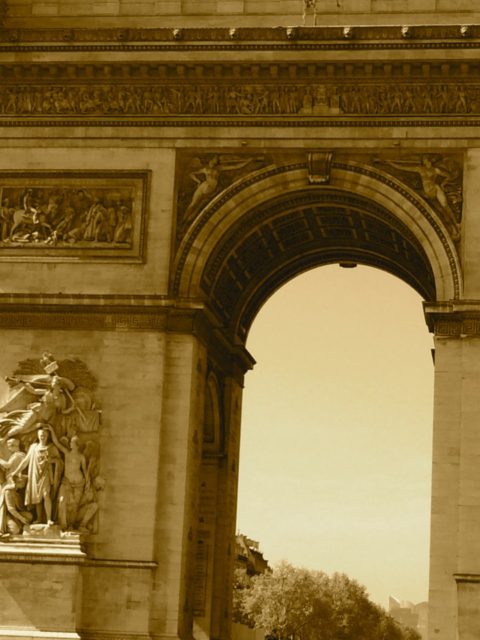 The hotel is literally located ½ block from the Arc de Triomphe, which signals the end or the beginning (depending on how you see it) of the Champs Elysees, so this is a perfect spot to land when wanting to explore Paris.  This saves on cab fares when getting around since it is so close to things you will want to see while in Paris. 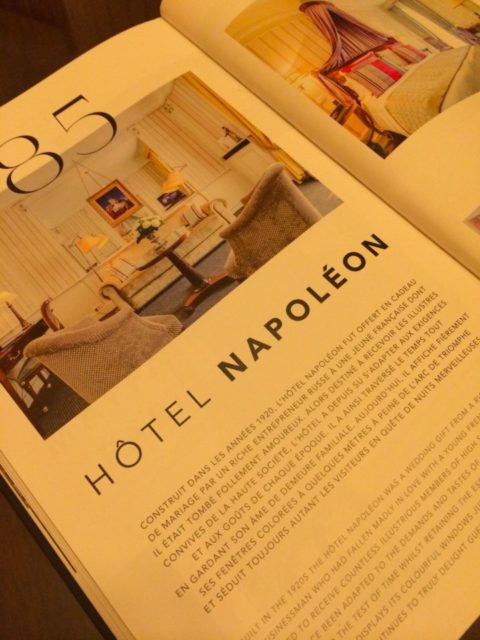 And the Food is Fab

I did want to mention as well that they have an amazing café, which was bustling around noontime with local businessmen, called the Bivouac Cafe. I had the grilled fish and it was delicious and served beautifully. 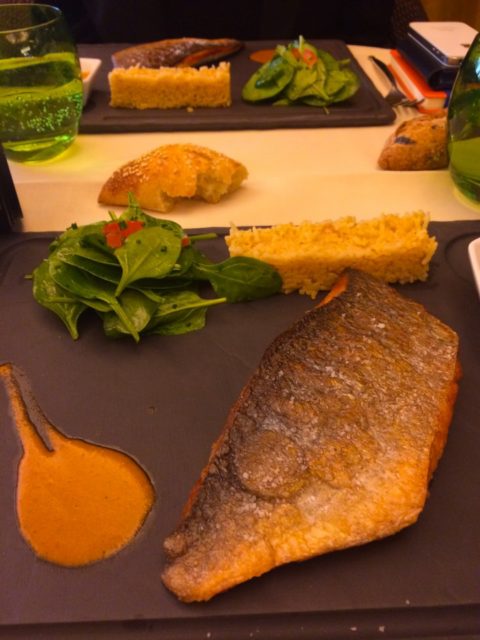 They served a mean breakfast as well, with everything from the traditional bacon and eggs to croissants, French crepes, fruits, as well as local cheeses and cold cuts, yogurt, and cereal.  You name, they had it.  So don’t overlook the fact that breakfast is included in the rate, which adds value to the overall experience, as well as the wifi. 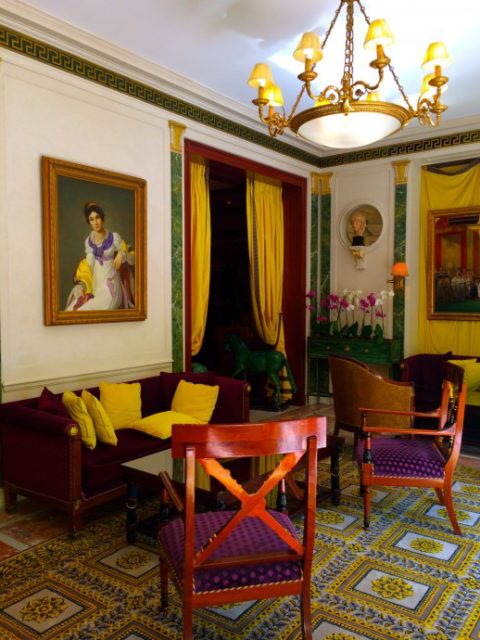 Oh, and what is Paris without a love story?  The hotel was a wedding present from a rich Russian businessman to a young French lady he had fallen in love with while in Paris! Over the years, well-known personalities like Ernest Hemingway, Salvador Dali, and others have discovered the suites of the Hotel Napoleon.

Disclosure: I was the guest of Hotel Napoleon, however, all opinions expressed here are entirely my own and based on my personal experience.