“There is no blue without yellow and without orange.” — Vincent Van Gogh 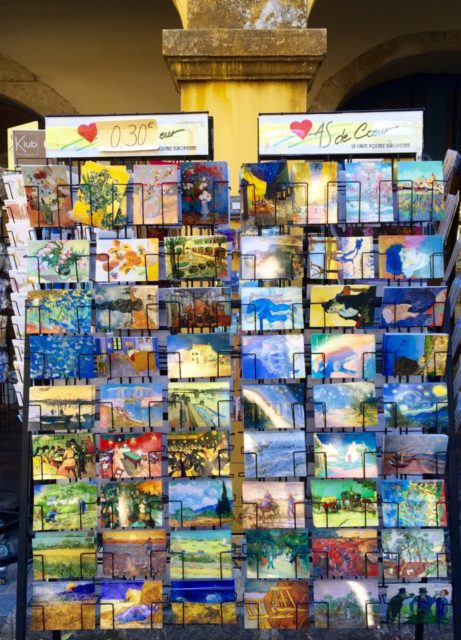 I’ve Got The French Blues!

I dream in color, vivid dreams of French Blue that swirl around in my head. Imagine an artist’s brush, dipping first in the dark tones of blue and then in the lighter ones and smearing them onto a canvas. I look deeply at the details of the brushstroke and see many shades of blue, from indigo to baby, from powder to steel and ultimately to French Blue. 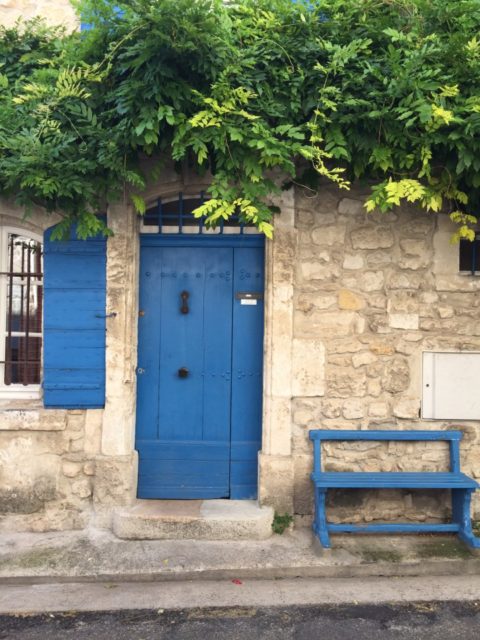 Now imagine the South of France… more shades of “blue” envelope my soul as I stand on the terrace overlooking the ocean taking it all in. I take a deep breath and pinch myself. The views go on and on like a deep blue tunnel that never has an end. It is as if the colors of blue are in every shade that they have ever existed in. 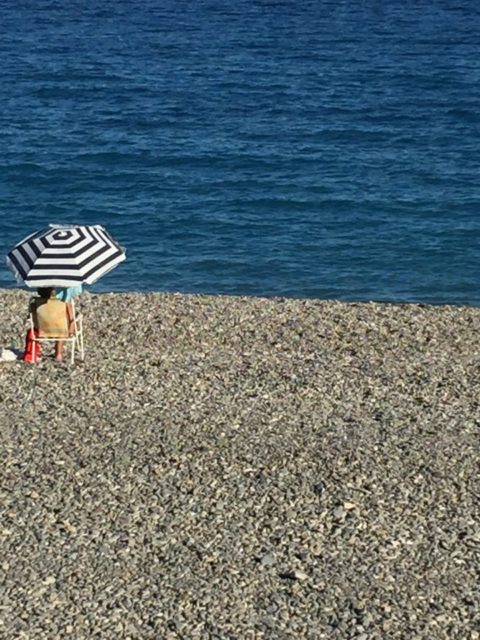 Kenneth Fehrman, co-author of the book, Color: The Secret Influence states that “Most people are unaware of the profound effect color has on their behavior.” For me it is a stimulant, I get drunk on it. It is said that if you want some creative juices spilling out of your mind, then you need to be exposed to the color blue, this time around it was French Blue. Blue is believed to have a soothing effect on the human mind, as it helps to produce some calming chemicals in your brain. 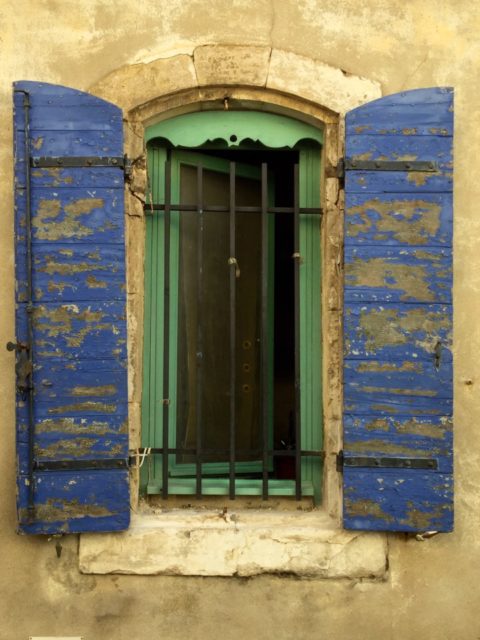 And with not a drop of blue blood in me, it is hard to imagine that a small-town, Texas girl could really be standing on the rooftop of the Blu in Nice, gazing out across the royal blue sky. Here I am and I feel as if it is a brand new me. I am not who I was before. My travels have changed me. Listening to my heart, I knew it was time for me to visit the South of France and see all its glorious shades of blue. Little did I know that the blue would come to me in three shades. 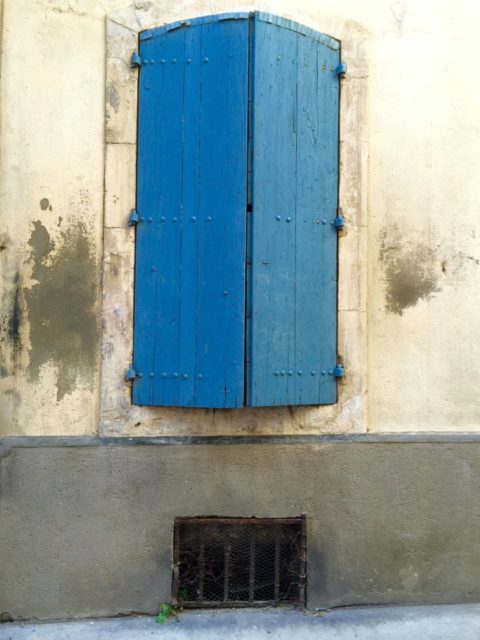 Here’s my take on the French Blues: 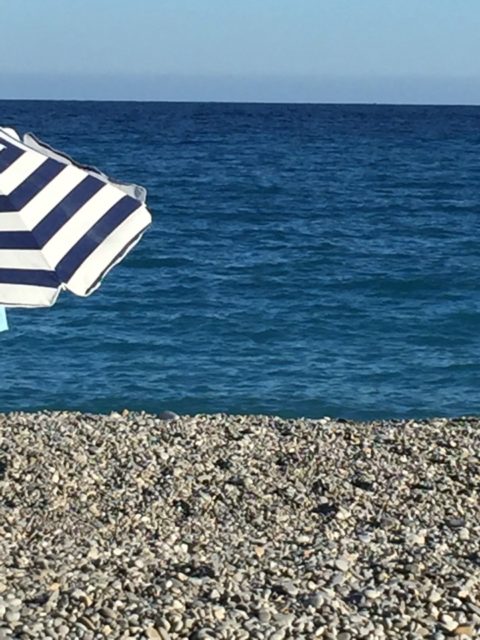 Rooms:  331 rooms and suites, some with ocean views

Location:  Near the Nice airport and the Train station 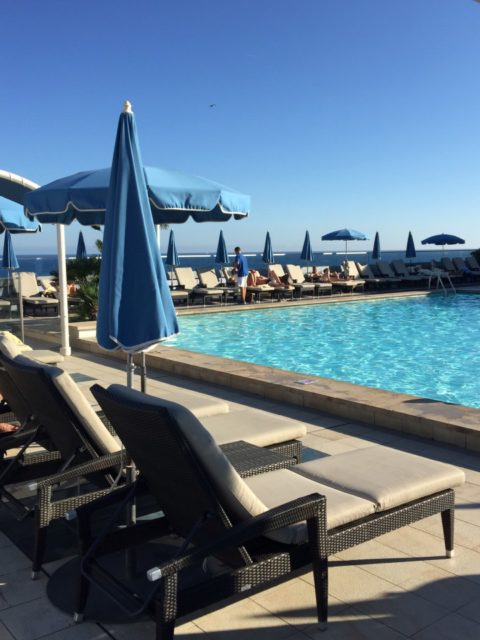 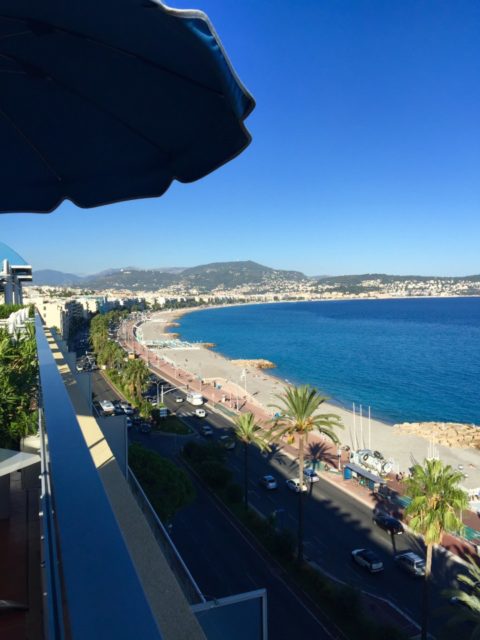 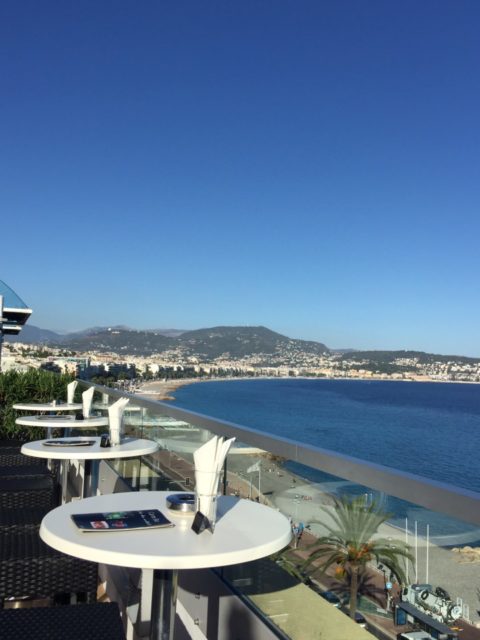 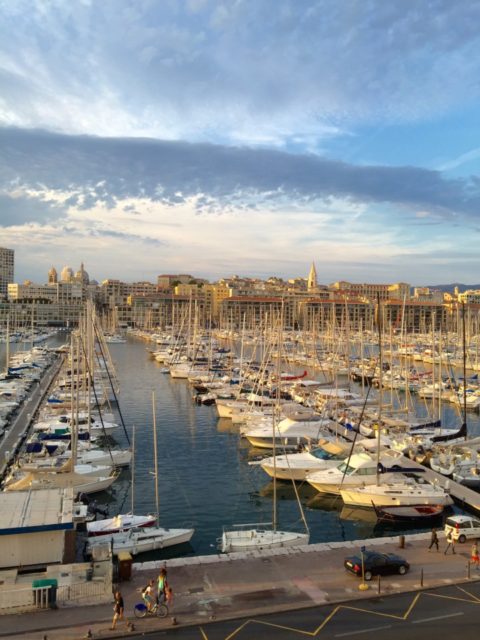 The Radisson Blu Hotel, Marseille offers seaside accommodations overlooking the Vieux Port of the Mediterranean Sea. It has two buildings and boasts a shimmering pool with harbor views, creating the perfect home base for your vacation days in the South of France.  In my humble opinion, it had the best views of the three Radisson Blu hotels I mention here.

Rooms: 189 rooms and suites, some with Vieux Port views 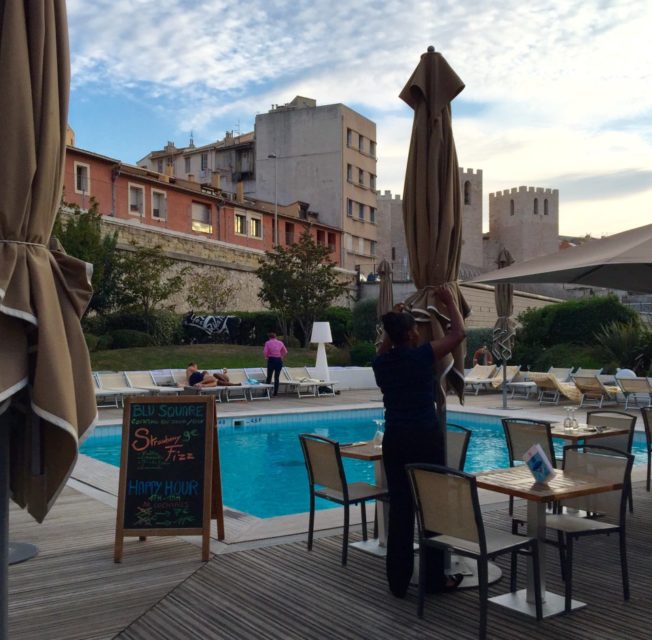 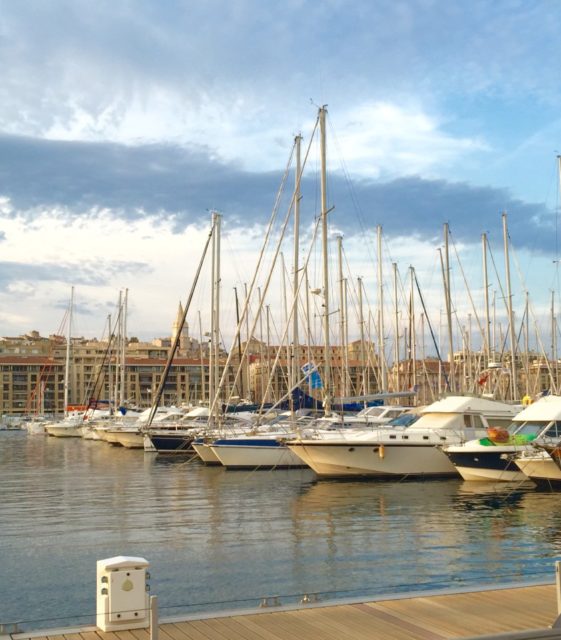 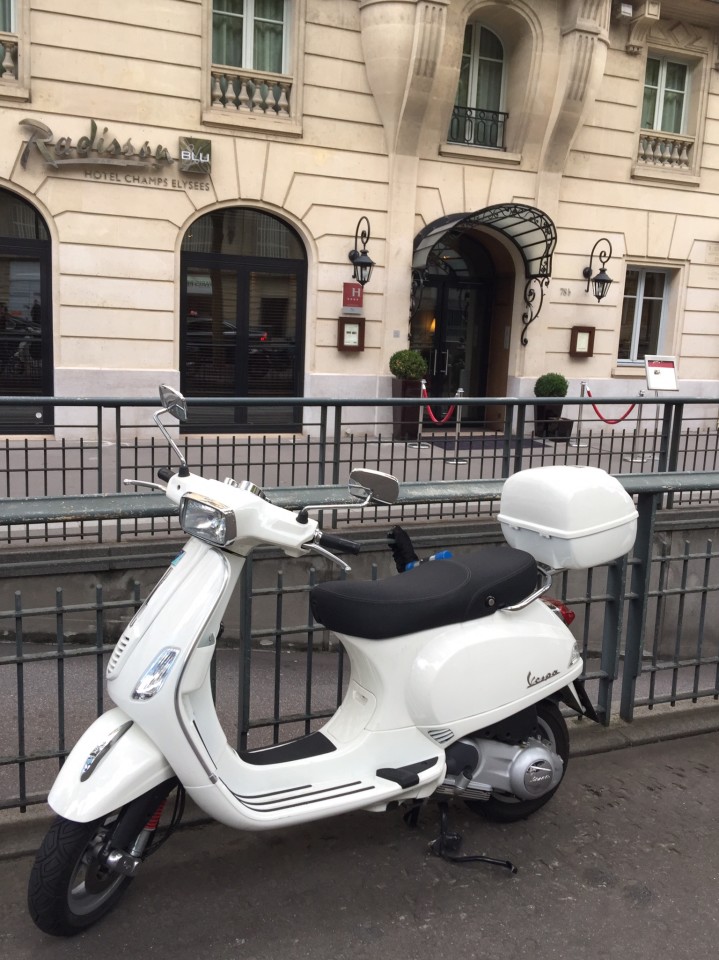 Radisson Blu Champs Elysées Paris -Once the headquarters of the iconic Louis Vuitton, this boutique hotel features inspiring views of the nearby Arc de Triomphe. It lies only steps from the Champs Elysées, the famous, elegant shopping street of Paris.

Rooms:  45 rooms and suites, some with Arch de Triomphe views, some with terraces or balconies 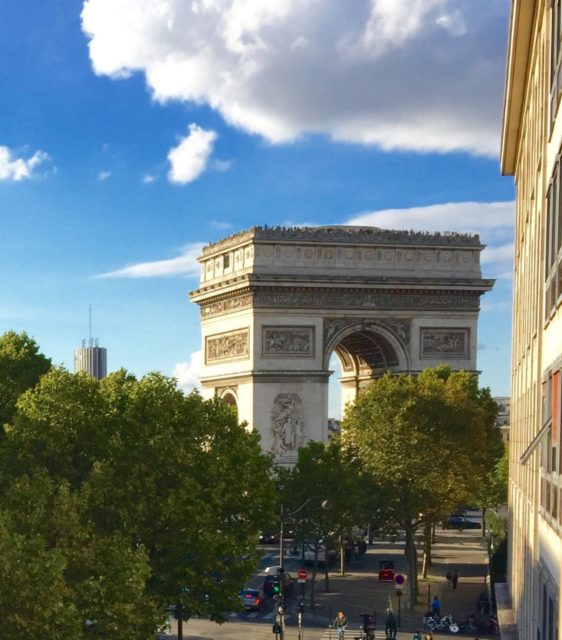 Restaurants: There is one, La Place and a Lounge Bar with a fireplace 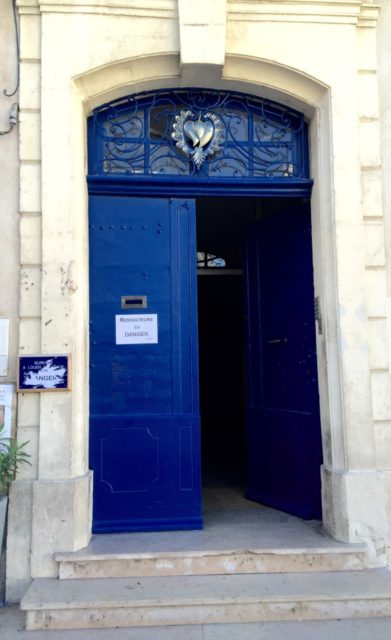 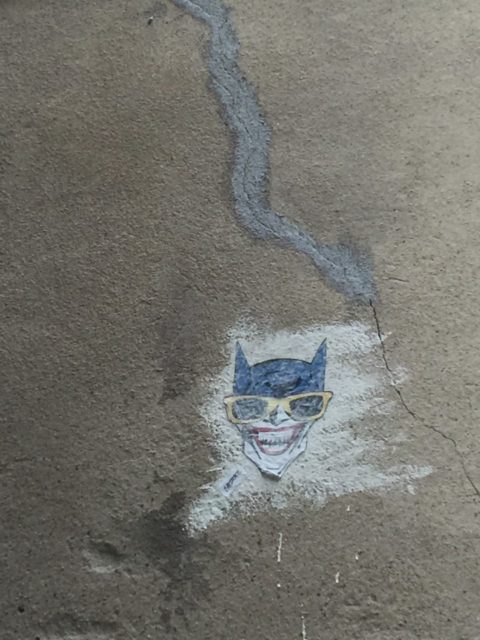 Disclosure: On my trip to France, I was as happy as a queen to see the French Blue’s of Radisson Rewards, staying at their highest-end properties known as Radisson Blu since I have become an ambassador with them this year.

Note that they have a great points program that I recommend using, as I was an active member of their points program long before I became an ambassador. This was a sponsored stay, but the blues in my eyes continue to gaze at all the French Blue I have experienced and the opinions expressed here are all my own.

For more journeys through France, I have some recommended reading:

How to be a Queen for the Night in Paris, France

I'm so glad you are writing this series on your Rhone cruise and the hotels in France. We will be on the AMAWaterways cruise on the Rhone next September. We made our reservations for the Blu in Marseilles before their devaluation last June so it is good to hear about your stay and to see pictures of it. Did you by any chance go to any of the other Radisson's while in Paris?

Jane I did not get a chance to visit the other Radisson's in Paris, I just did not have enough time, but will return! I loved the one in Marseille, as I felt of all the ones I visited it had THE BEST VIEW and was in a great location. However, Radisson Blu Champs-Élysées is also a great location, but the one in Trocadero also interested me...