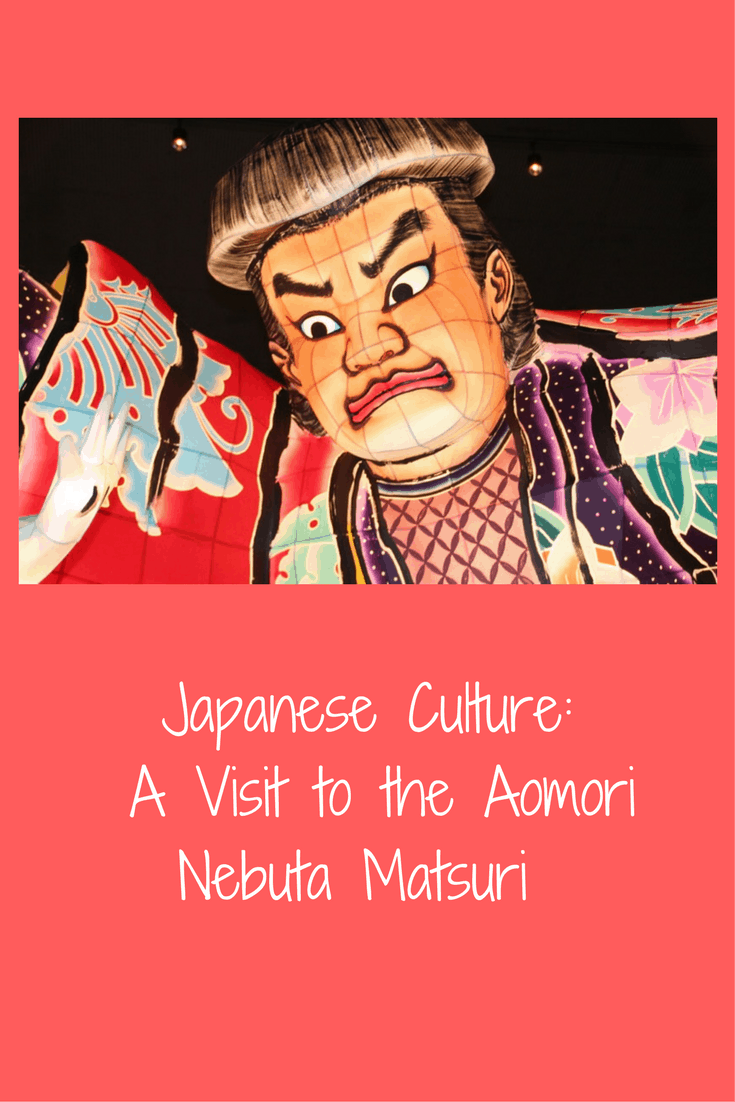 As luck would have it, I finally had a chance to make my very first visit to Japan! It had been on my bucket list for quite some time! There is so much mystique and legend about Japanese culture, that I was excited to find out where in Japan I was going! I was invited by the Japanese Tourism Board for a visit to Aomori, Japan! My trip included a flight out to the Aomori Prefecture (similar to a state), in the North of the largest island in Japan, Honshu. This area is famous for a seaside festival known as the Aomori Nebuta Matsuri. 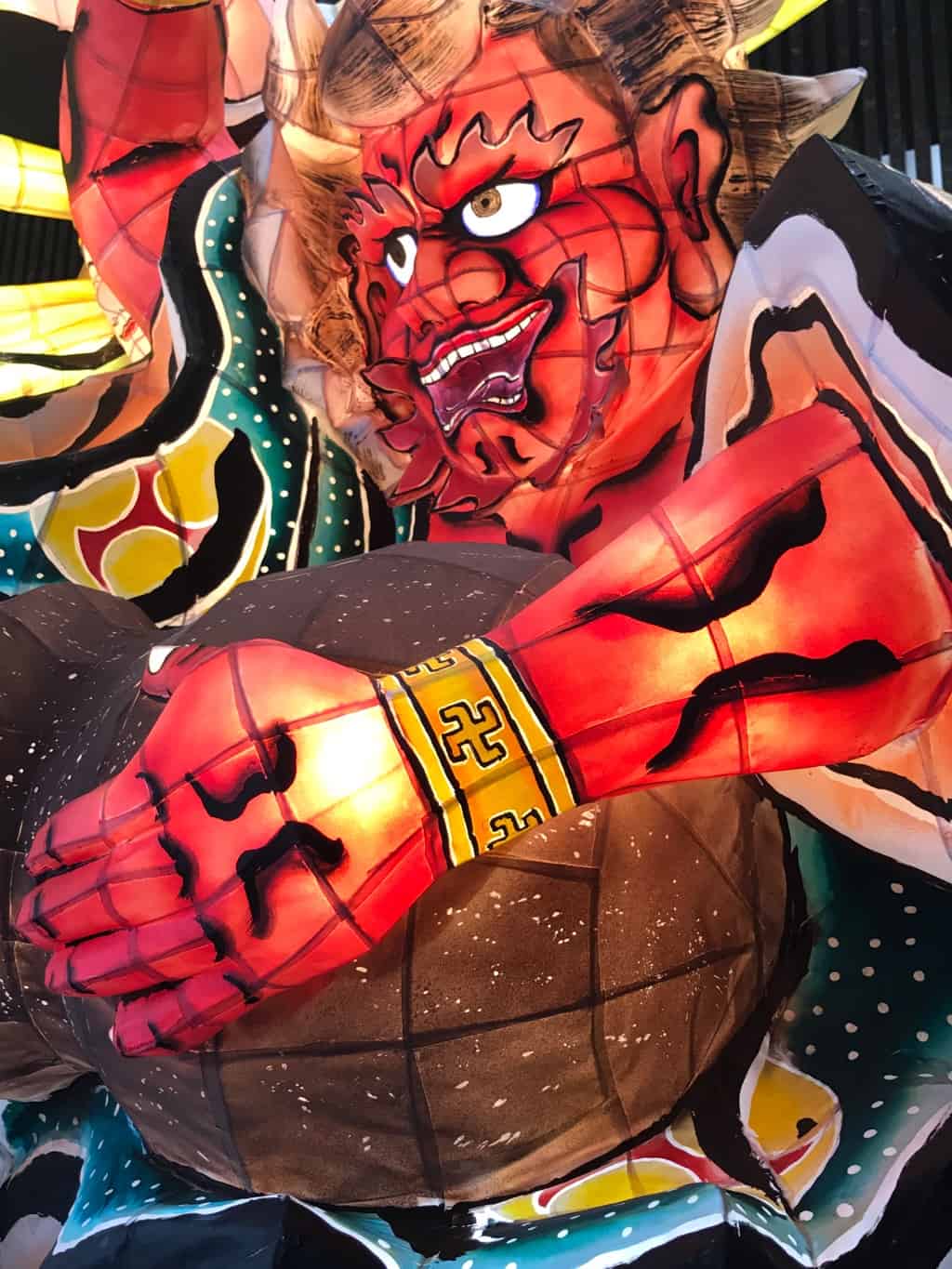 The Nebuta Matsuri is believed to date back to the 1600’s during the Edo period. This festival is well known for its elaborate dashi, which is basically a large paper mache float or lantern. Big, giant elaborate ones. The kind that makes you say “ewe” and “ahh” the moment you see them! These floats are typically caricatures from Japanese legends. They are massive and handmade with a wooden base and take many people to parade them around the town during the festival. After the festival days are over, they are sold or retired to the Nebuta Museum, that has been masterfully crafted to look like the night sky. 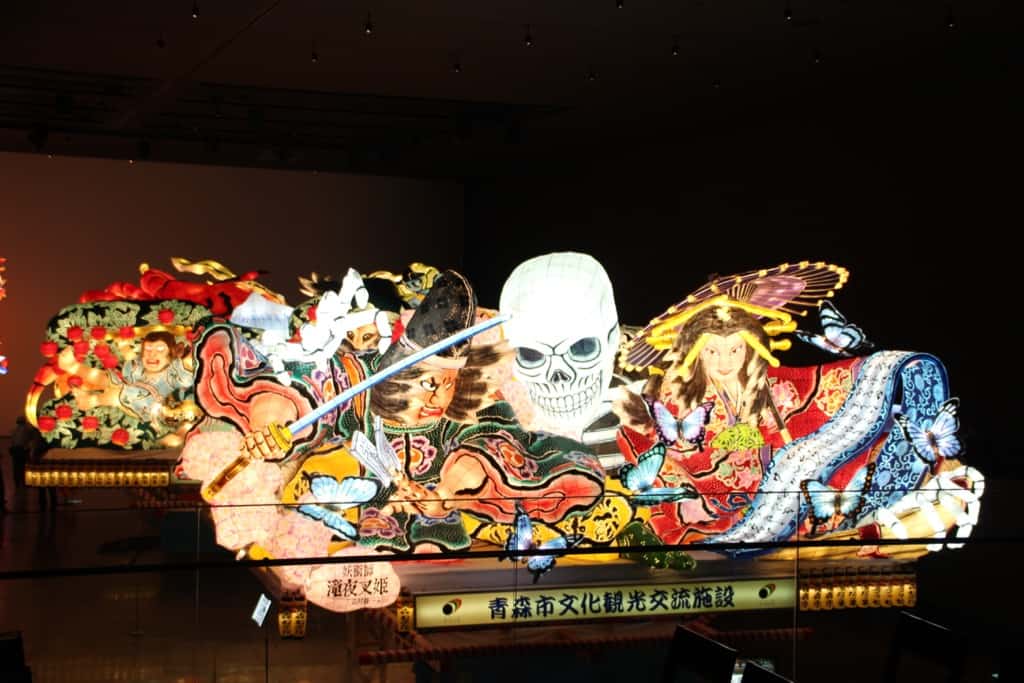 Japanese Culture: A Visit to the Nebuta Museum Wa-Rasse

Unfortunately, I was not there during the festival time, which is in early August, but while I was there, I was able to visit the Nebuta Museum in its noticeably RED building. 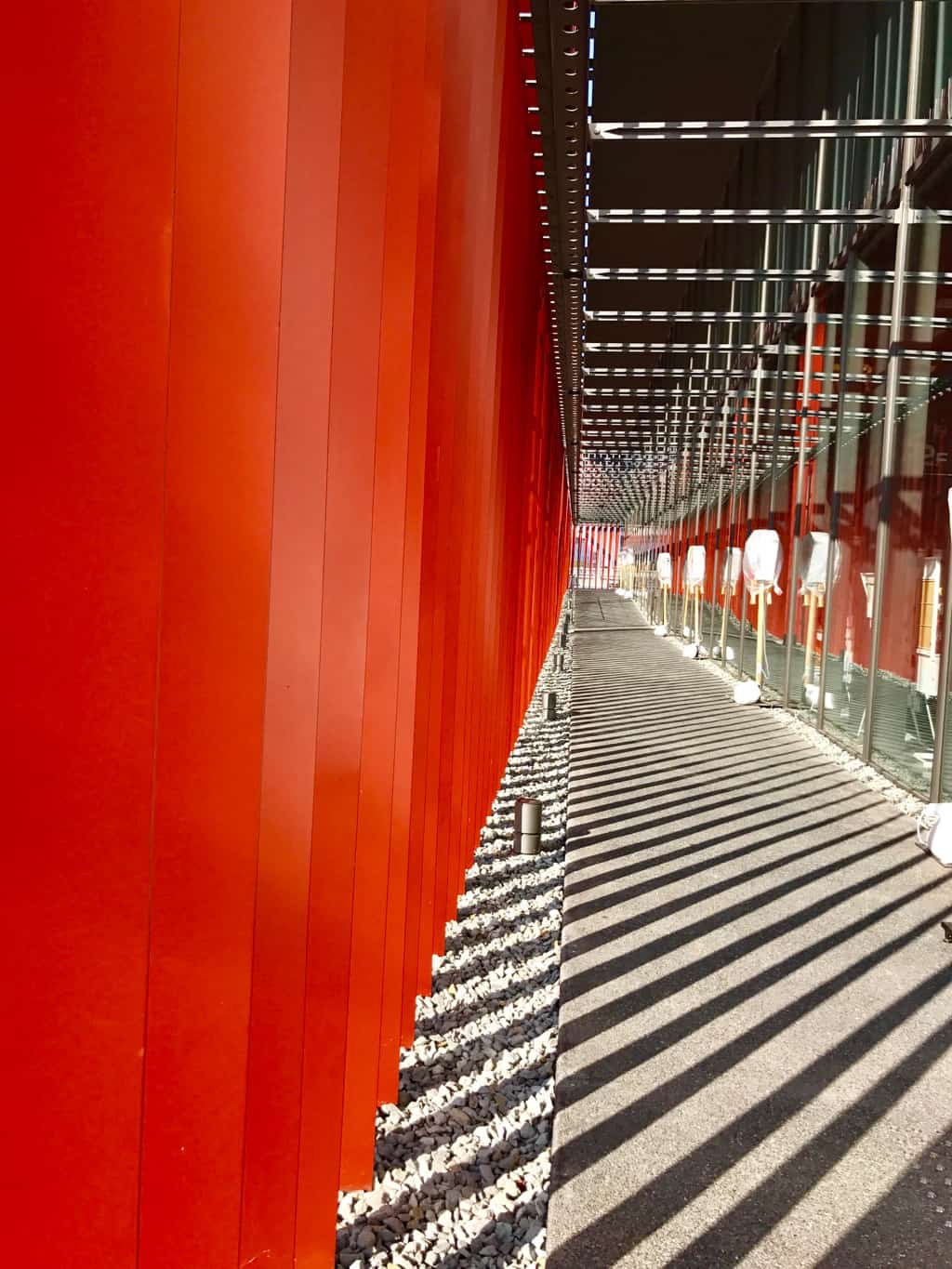 This is the place where they store the floats that are not sold individually after the festival is over. I was enamored by these amazing, massively-sized floats. There are many theories in regards to the origins of the Nebuta Festival. The custom of Namuri Nagashi is thought to play a role. This is a Japanese custom that was practiced to ward off the sleep demons which were said to cause drowsiness during the busy farming season of the summer. Thus it is thought that the word “Nebuta” is a corruption of the word “Nemuri”. We may never know its exact origins, but we can certainly enjoy this unique Japanese culture of matsuri – the Japanese word for festival.

Every year about 20 of these massive-sized Nebuta floats are made for a procession during the festival. You can also see Haneto dancers that accompany the parade floats as well. During the time of the festival, they have about 2 million visitors to the festival! And this little town typically only has about 200,000 residents! So the massive influx of people is immense to see these charming floats and experience some Japanese culture. What an amazing Japanese cultural experience to be a part of! 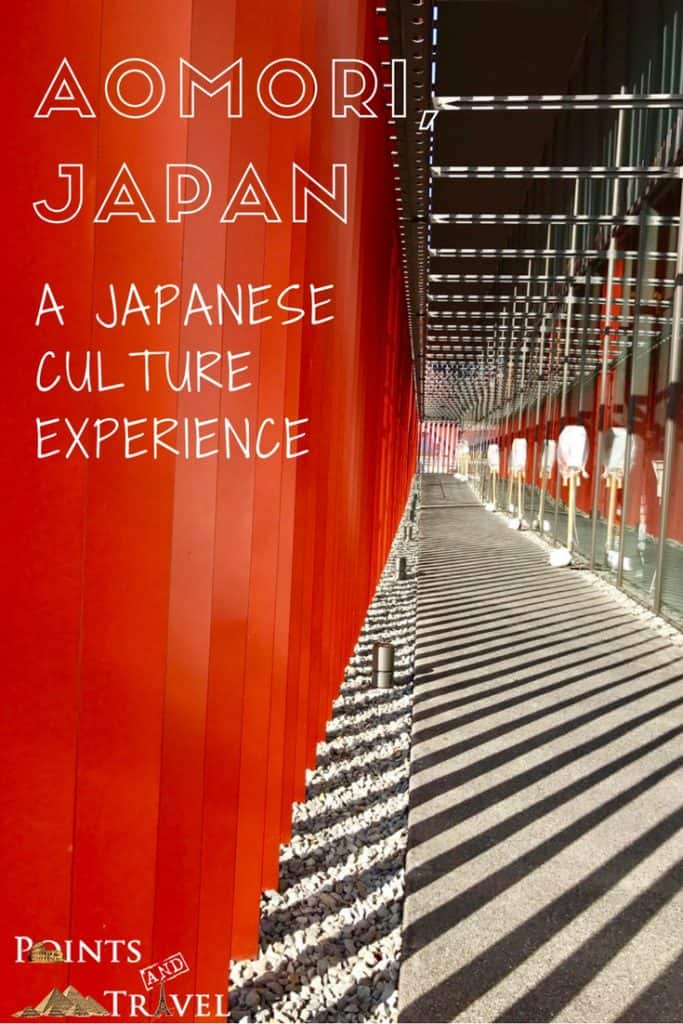 However, if you’re not there during this time you can stop by the Nebuta Museum Wa-Rasse, where the full-sized floats are on display year round. Close to the entrance of the museum’s exhibit section is the Nebuta tunnel which introduces you to the festivals Japanese cultural origins, it’s history, and explains the creation process of the floats. You can also have a hands-on Nebuta lesson to give yourself a chance to see what it’s really like to create one of these massive art pieces! 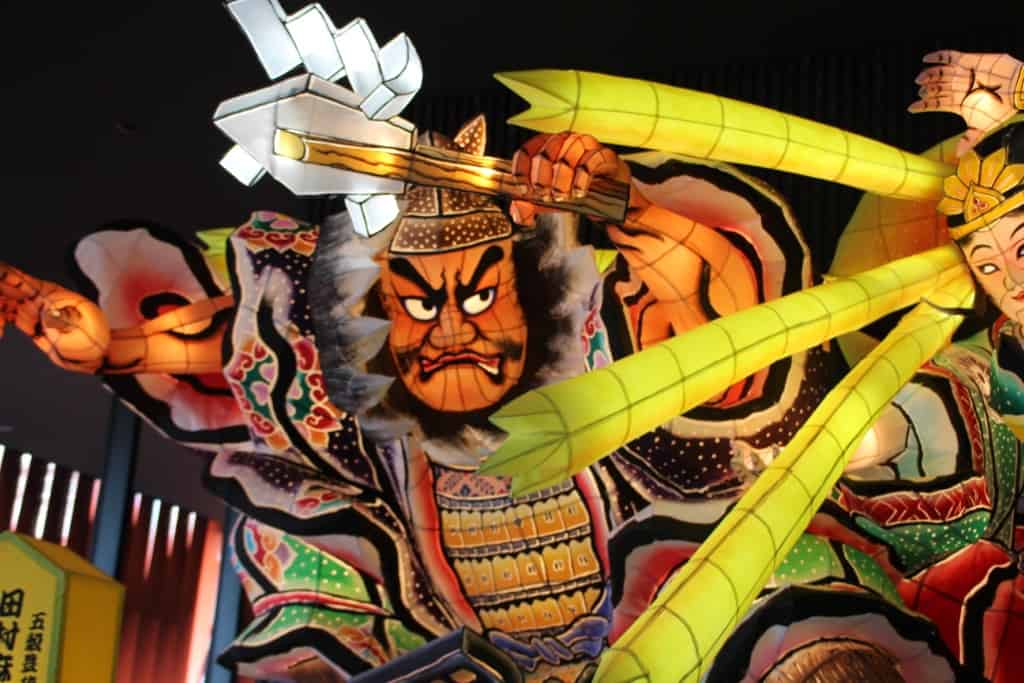 Aomori Japan: Stop by the “Faces of Nebuta”

One of my favorite sections of the museum was the “faces of Nebuta”, where you can see each artists’ personal styles and techniques as well as the heritage training they received from their teachers. This art form is handed down from generation to generation. 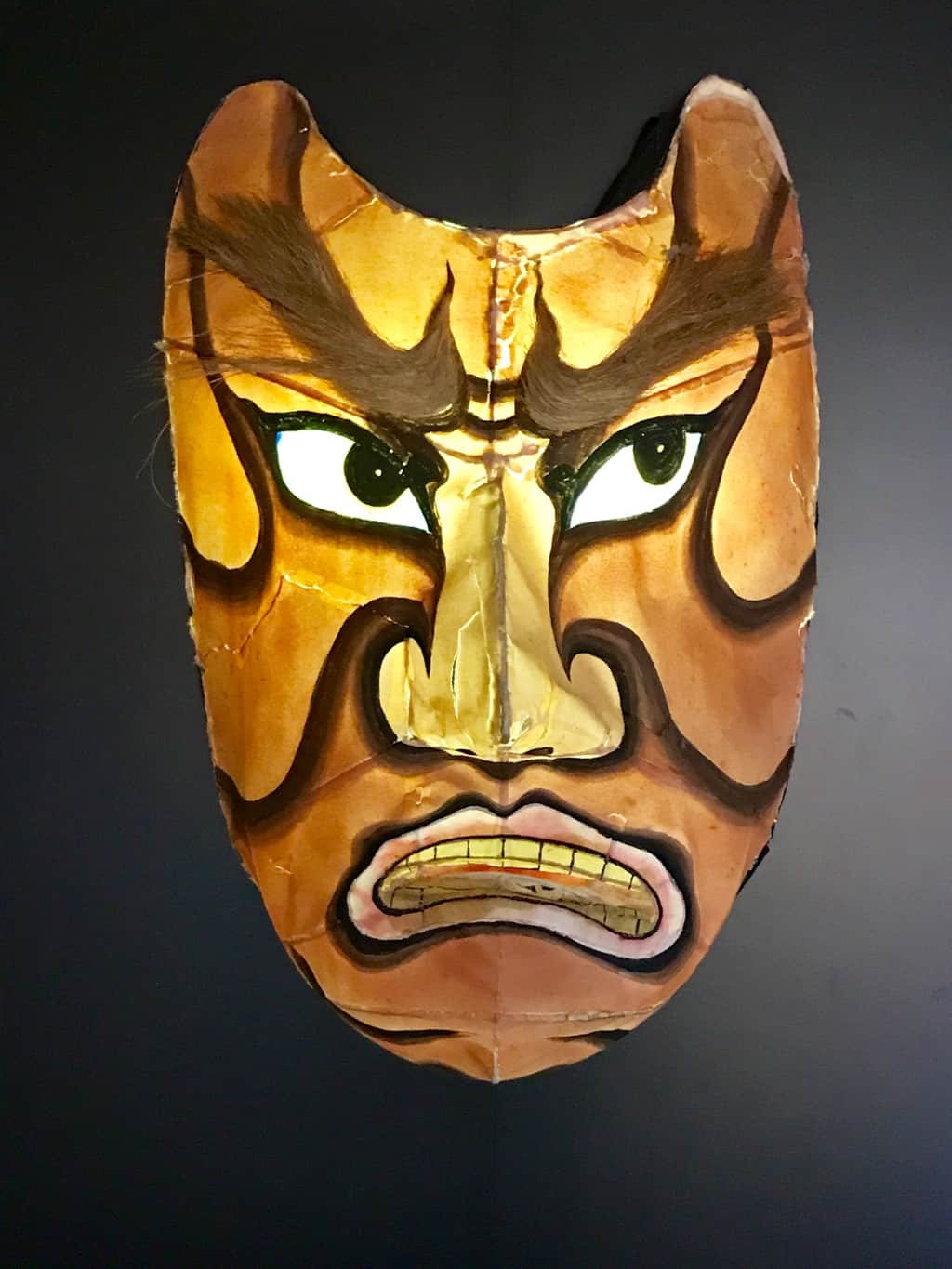 While at the museum, you can make a day of it by having lunch in their Den Restaurant, as well as just right across the street is the A Factory which is a massive food market warehouse with “anything and everything” you want to buy as far as food products go. 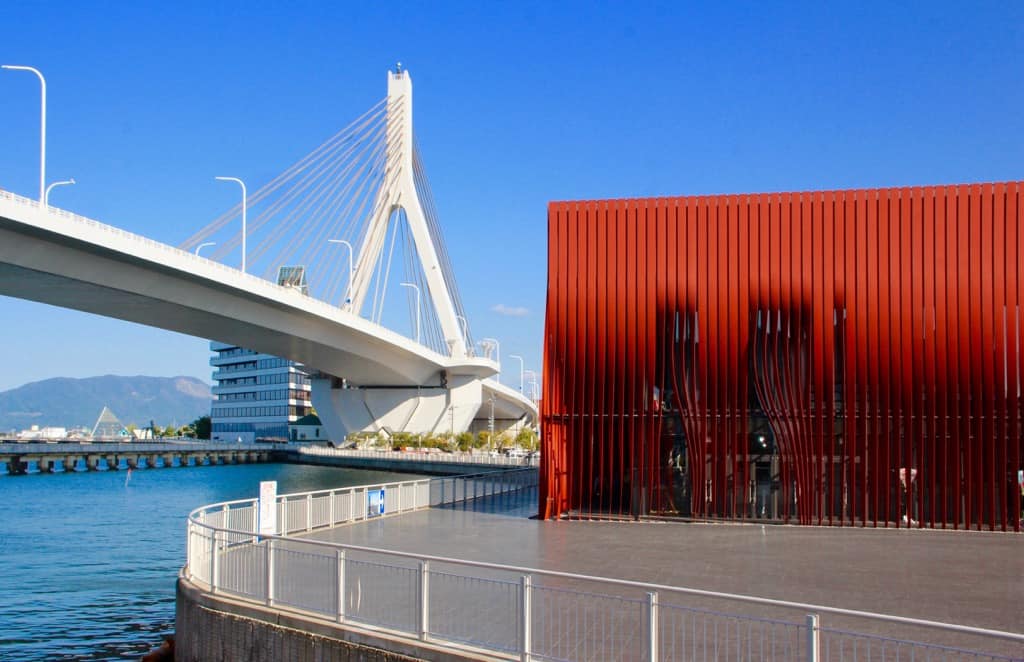 Apples are a popular product here since this area is renown for producing the most number of apples in Japan! You can even pay to sip small samples of Aomori’s local cider/sparkling wine upstairs in a self-serve dispenser by loading some yen on a card and inserting it into the machine.  You grab a glass, pick the amount and the flavor you want, and then press the button. Cheers!

While visiting the town, I also had a chance to go to a local restaurant that specializes in Aomori’s local cuisine. They serve things like local sake (traditional Japanese alcohol made from fermented rice) and fresh seafood (squid, sashimi, sushi), pickled seaweed,  even Apple ???? ice cream for dessert. The restaurant had a cool vibe with Japanese style seating on the ground and a musician playing on a Shamisen (it looked like a big guitar with three strings) known as a Tsugau performance. The restaurant was called RingoBako and I do recommend it for the ambiance and a way to dive into the local Japanese culture.

Find out where the most underrated cherry blossoms (sakura) spots are:

Disclosure: As is common in the travel industry, I was provided with accommodations, meals and other compensation for the purposes of review by the Japanse Tourism Board (JTB-USA). While it has not influenced my review, PointsandTravel.com believes in full disclosure of all potential conflicts of interest. All Photos by the author.