Home » Destinations » One of the Best Places to Go in Italy

My modern-day fairytale: It is not every day you get to meet Italian royalty! 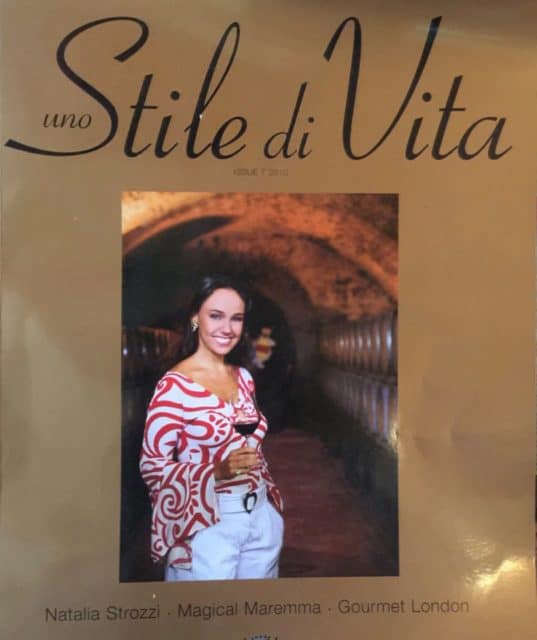 “Privilege comes with an acute sense of responsibility. It’s like carrying the weight of a thousand years on your shoulders—as if the eyes of history were always upon you—and you need to find the way to move forward in a creative and useful way.” – Natalia Strottzi

One of the Best Places to Go in Italy: 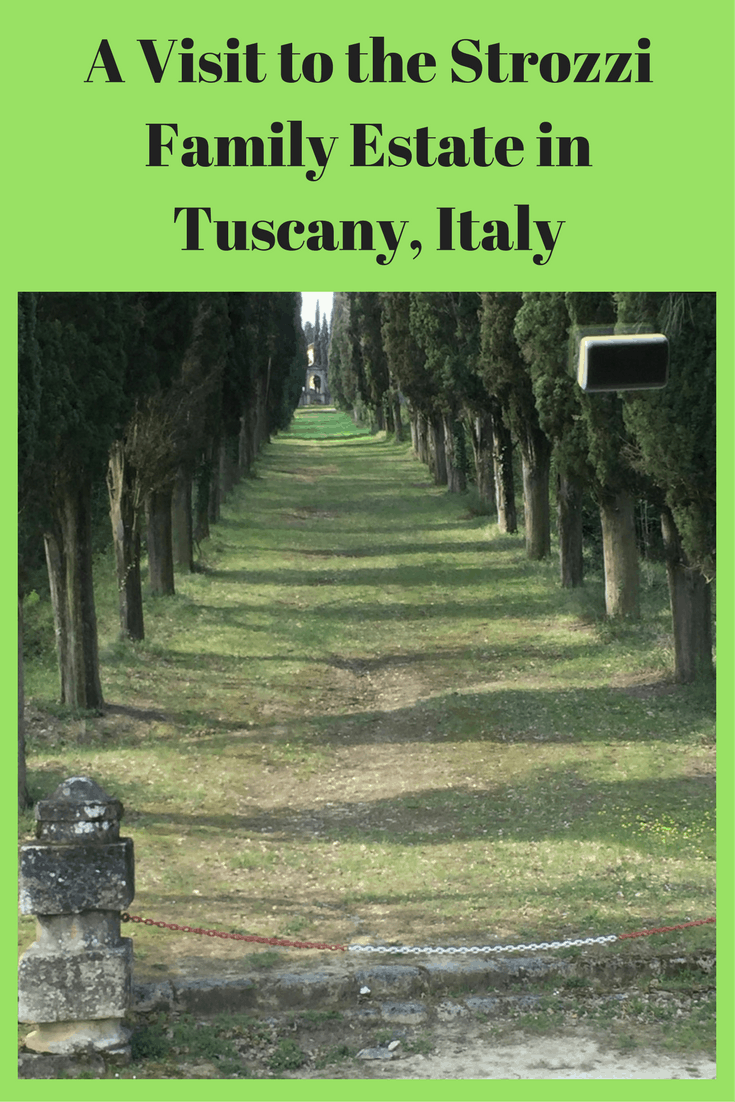 We were waiting outside the massively gated estate Villa Cusona in Tuscany near San Gimignano, one of the best places to go in Italy. The majestic wrought iron doors slowly parted. We were then allowed onto the massive gorgeous grounds of the estate while being escorted by a shiny black Mercedes-Benz. 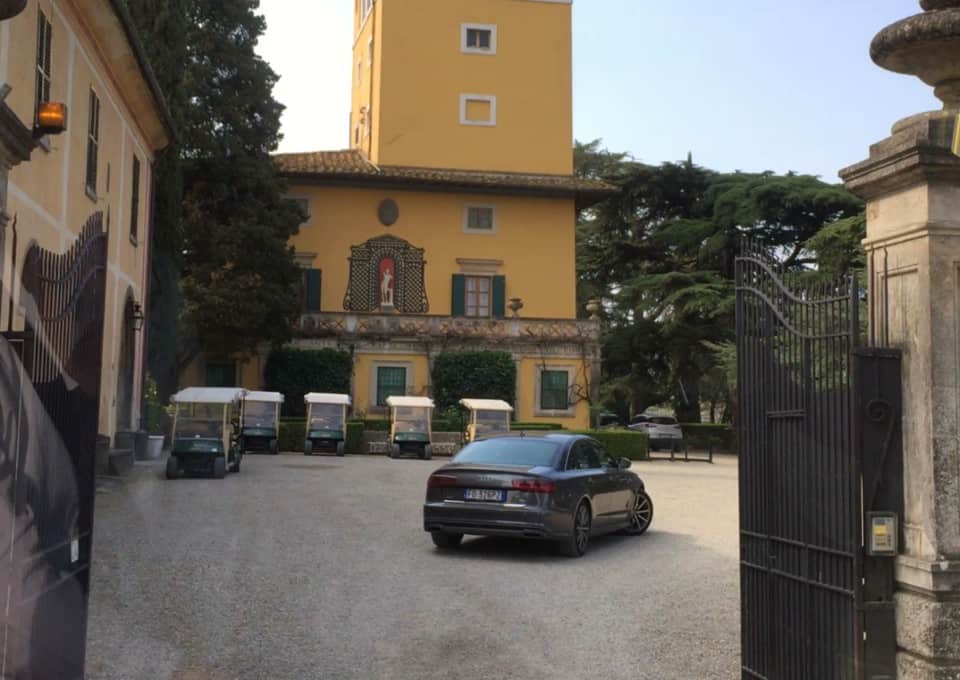 The scene felt a little like a movie set as we unloaded our Trafalgar Tours van, where at least 10 golf carts were waiting to escort us around the estate to see the vineyards. 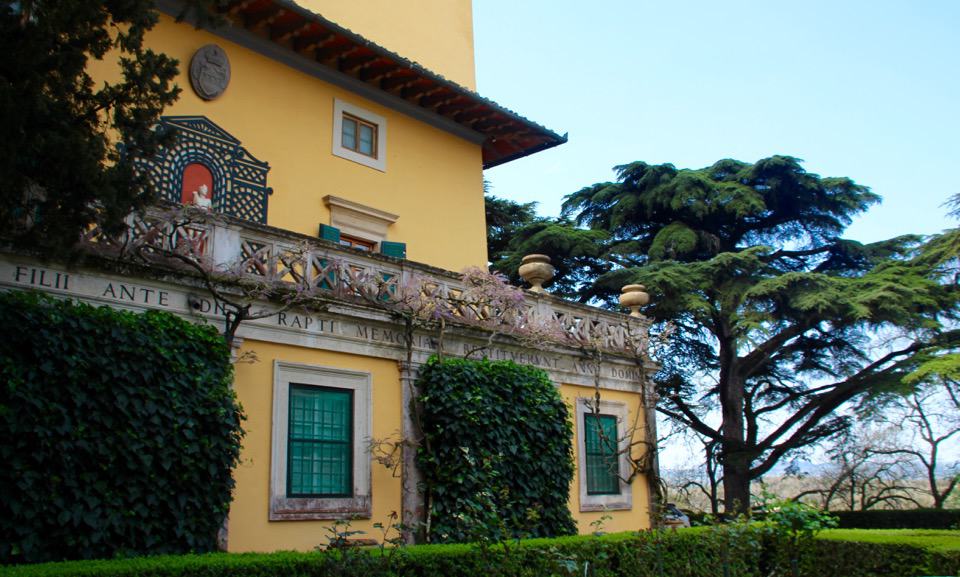 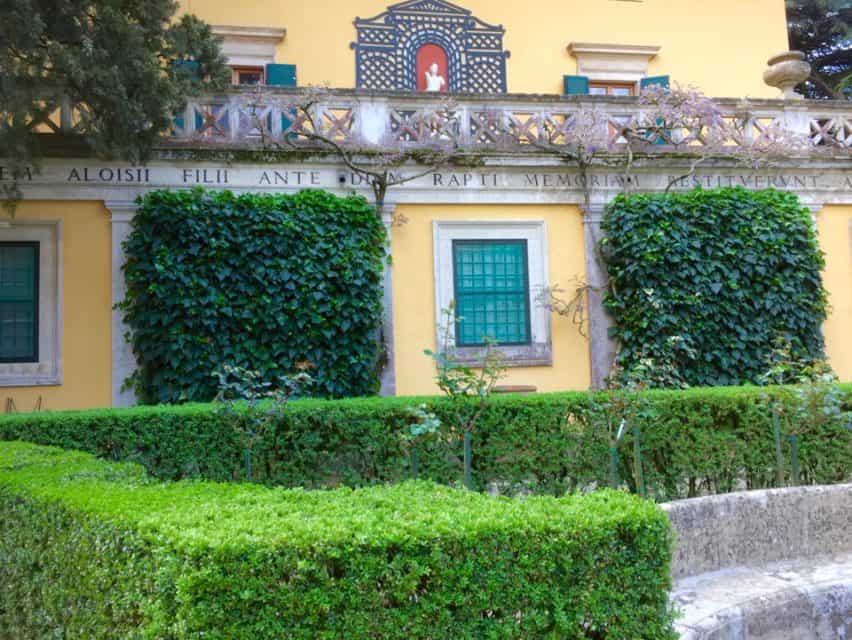 To the Strozzi’s amusement today, the Medici’s family has died out – it no longer exists. They keep a portrait of the Medici family hanging in their dining room, just as a reminder of respect for them and their history, but also as revenge – They make the Medici family watch over the alive and flourishing Strozzi family enjoying their dinner!

One of the Best Places to Go in Italy 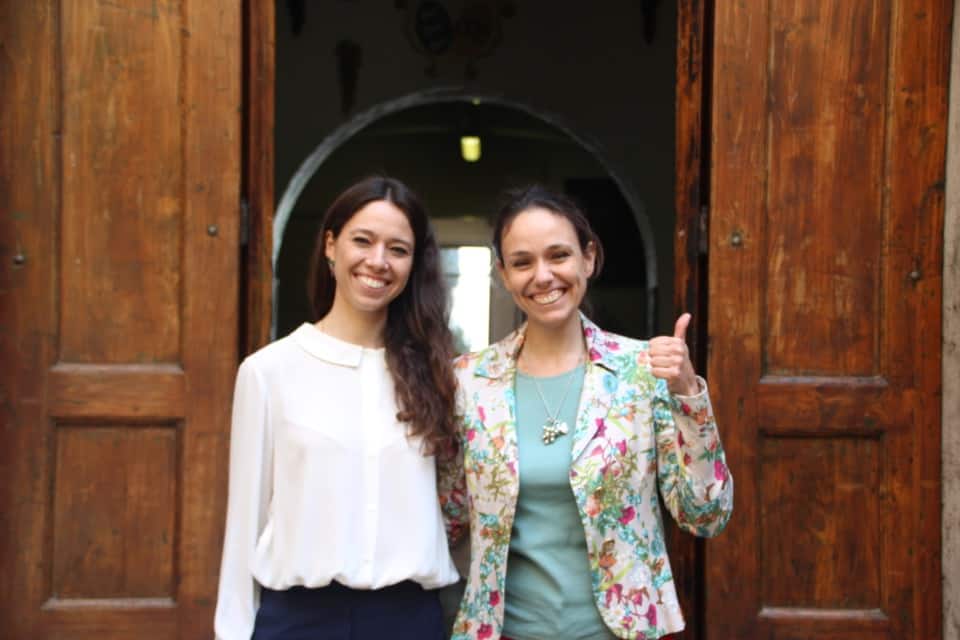 The two young ladies we met, Natalia and Irene Strozzi, are the face of the family’s wine and olive oil estate. They help market the family businesses, where there are 22 wine labels in total and 5 additional Estates that are producing wine. Soon they appear with smiling faces and a wave to our group. They could not have been more pleasant. They are the daughters of Prince Girolamo Giucciardini Strozzi and his wife, Irina Reine. 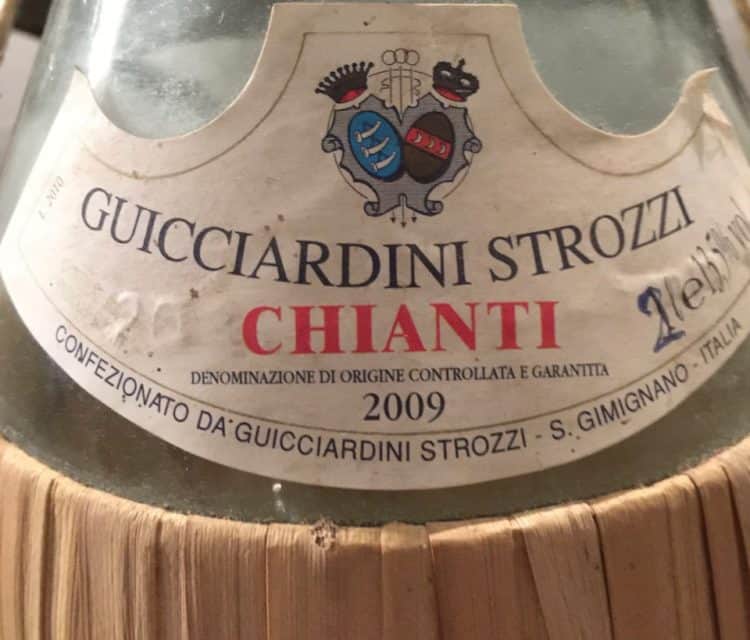 The Guicciardini family were Counts and the Strozzi were Princes. The two became related to each other through marriage. So when speaking about the Strozzi family, you must realize that we are talking about a lineage that stretches well over 1000 years and has involved some of Italy’s most colorful historic figures. You can see why this Estate is one of the best places to go in Italy, as history comes alive on these grounds. 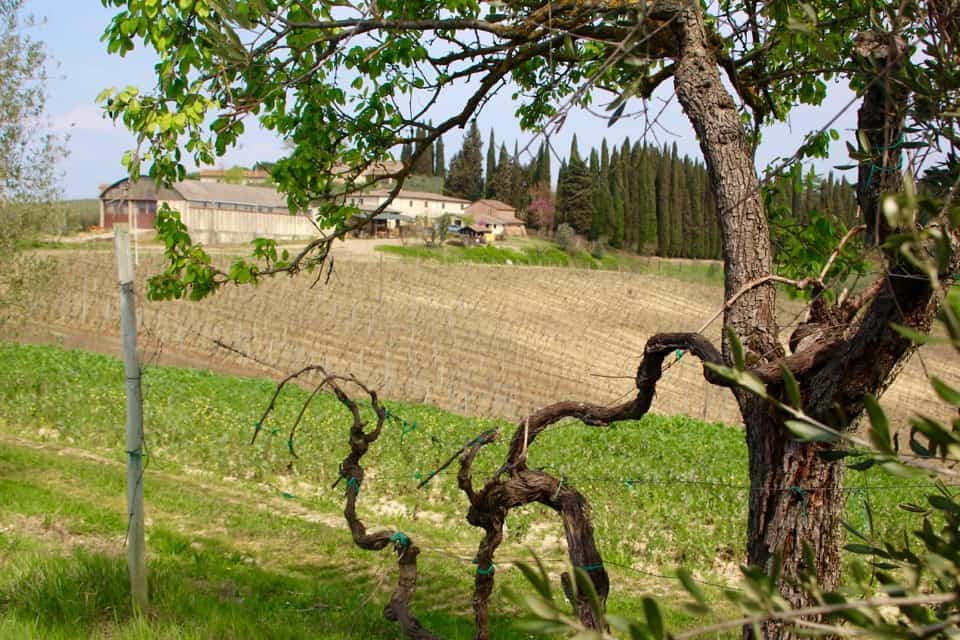 The Strozzie’s are Descendants of Mona Lisa!

It is also interesting to note that these young ladies recently found out via a DNA study that they were named to be the 15th generation of Lisa Gherardini’s descendants. 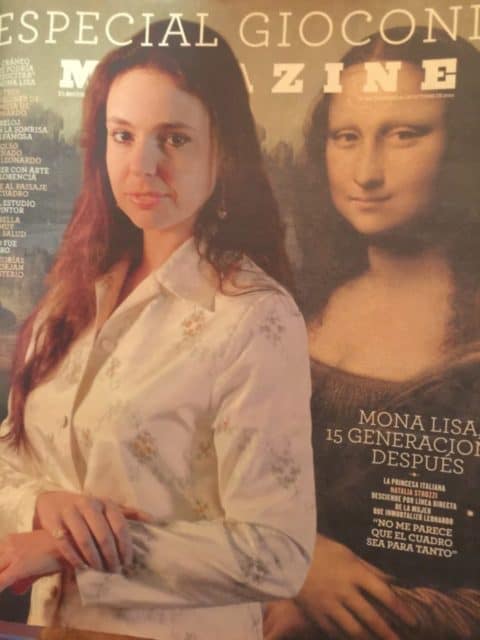 Lisa Gherardini was married to a prominent silk merchant from Florence named Francesco del Giocondo.  He just happened to be friends with the Father of Leonardo di Vinci… yes, that di Vinci! And that appears to be the connection as to why she sat to have her portrait painted by him. Lisa Gherardini is the iconic face behind the famous Mona Lisa portrait.

One of the Best Places to Go in Italy: The Strozzi Family Estate 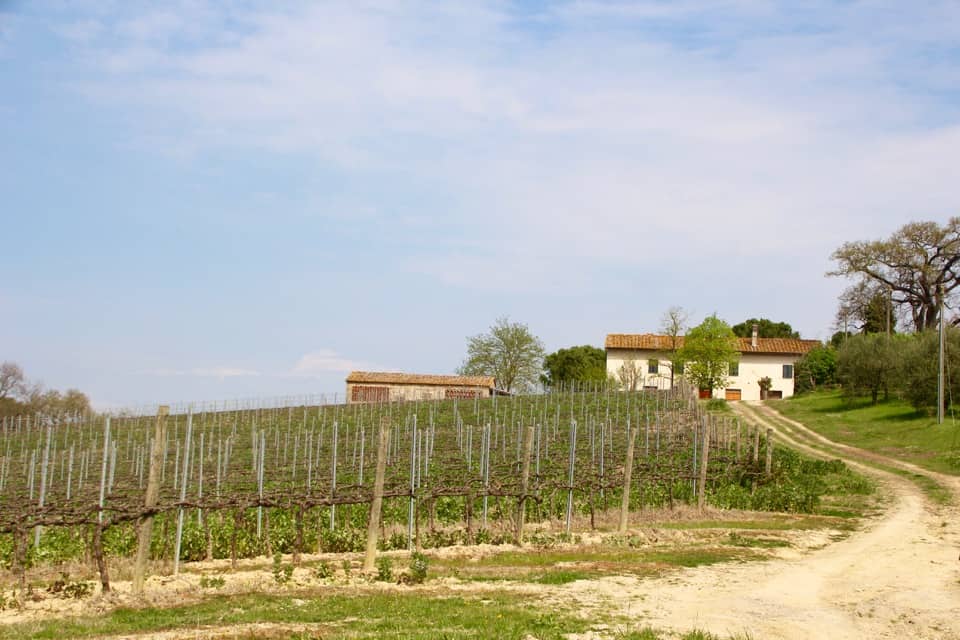 After these history lessons, we are motioned to get on the golf carts, as they will be giving us a quick tour of the estate to include the latest vineyard area. As we whiz by in carts, our guide tells us that the oldest documents that can bear testimony as to the existence of the estate Villa Cusona date back as far as 994 AD, that is over 1000 years! 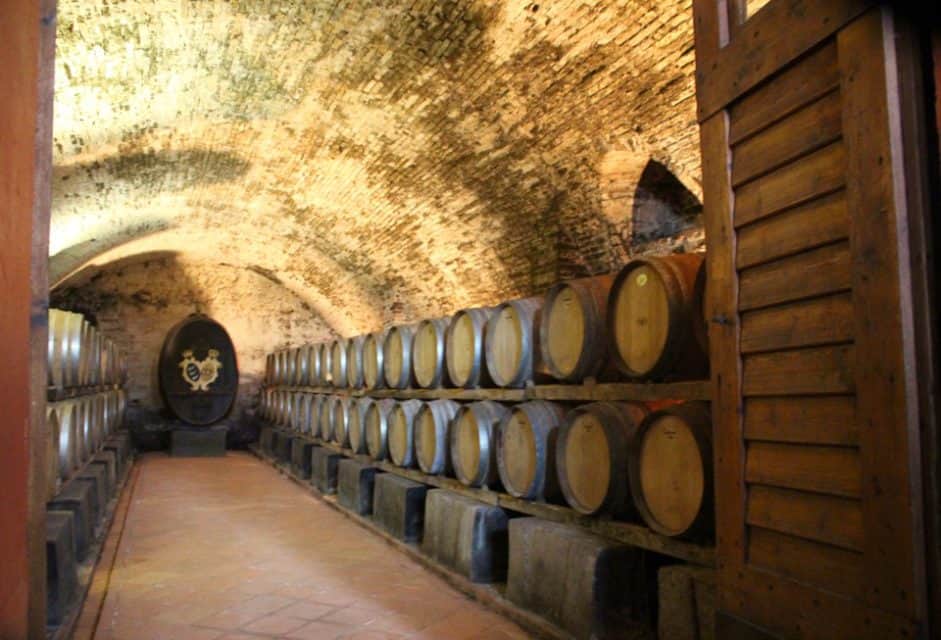 We soon realize that the brick and mortar on the Villa Cusona and its massive underground wine cellars have had some very influential and powerful figures walk through those massive gates that we entered earlier. 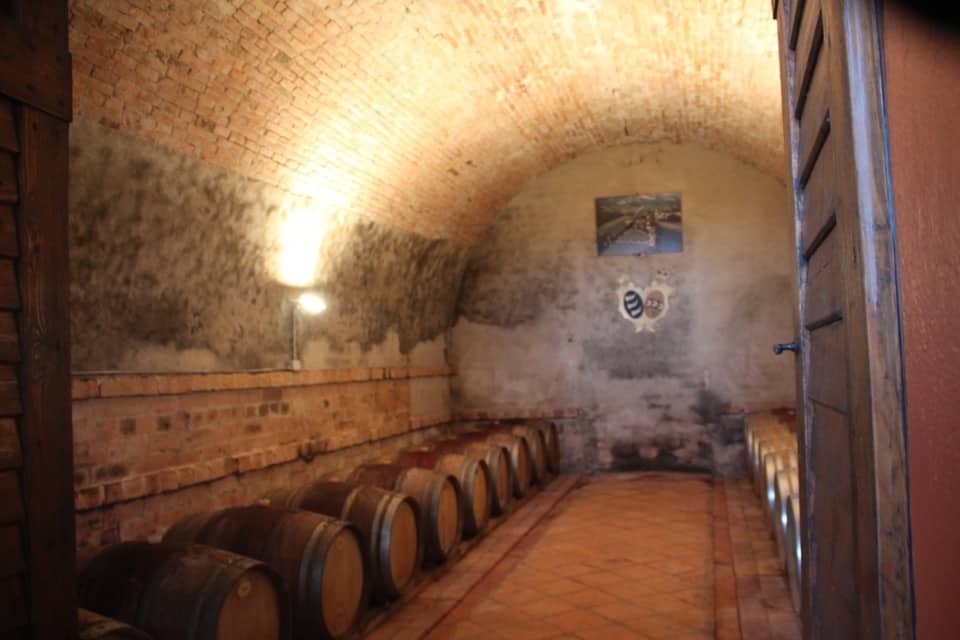 People like Winston Churchill and Tony Blair are some more recent examples. From here we go deep into the belly of the estate to tour the underground wine cellars and takes sips of Chianti wine that they have produced, before sitting around a massive table to sample hors d’oeuvre and hearing more stories about the Pope drinking their wine! 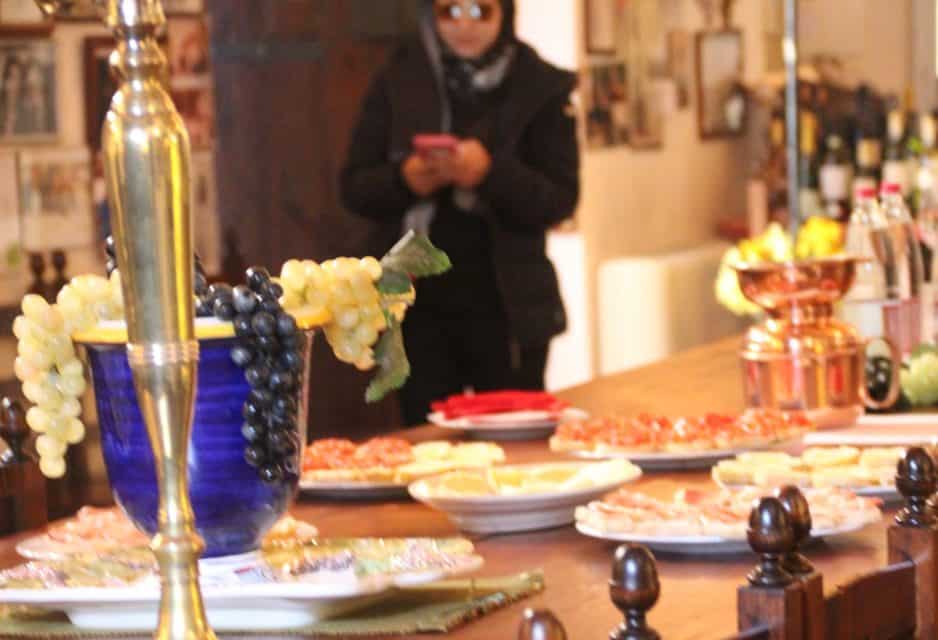 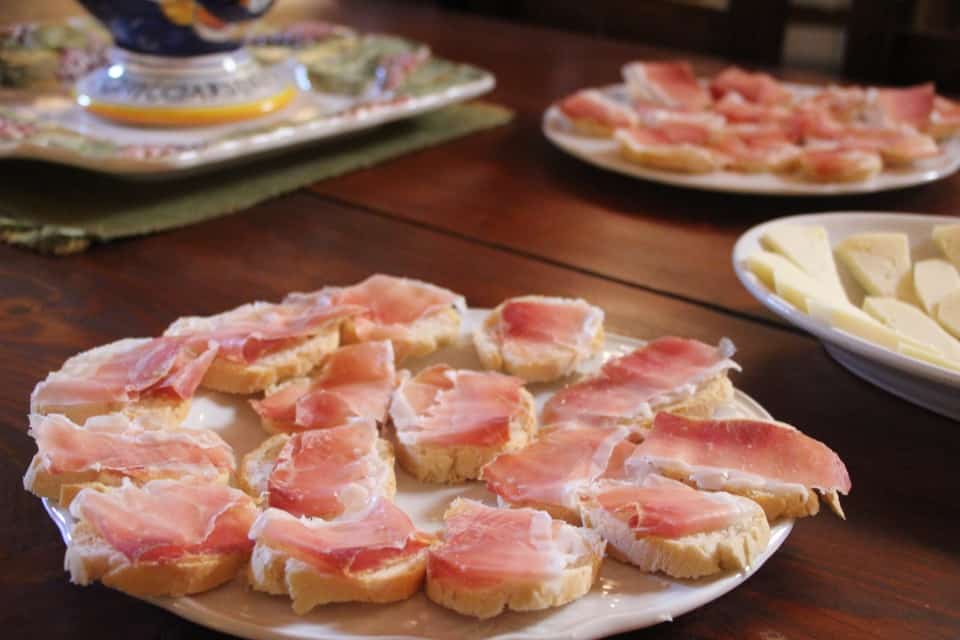 One of the Best Places to Go in Italy: The Strozzi Family Estate 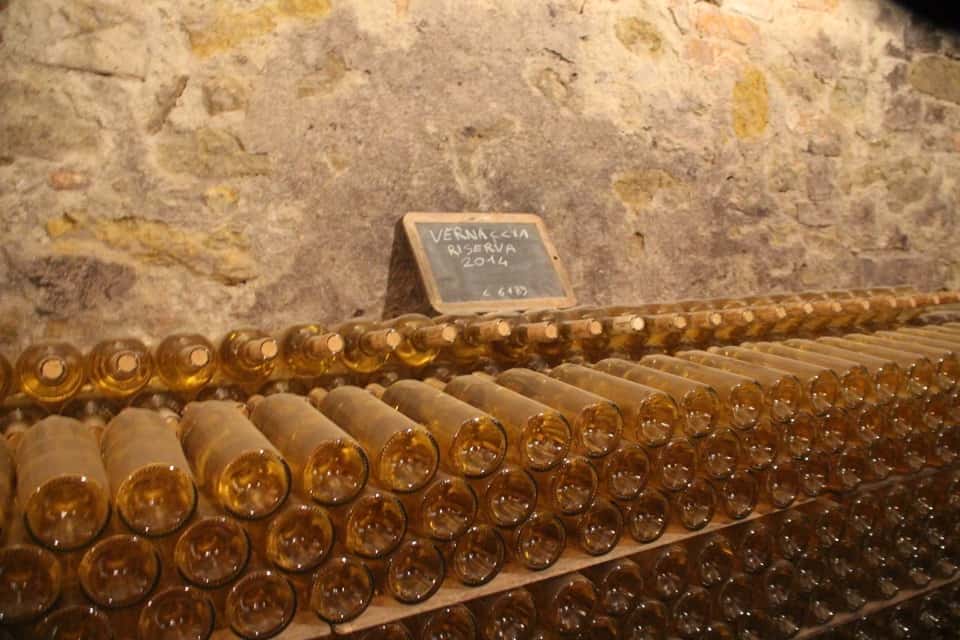 For your chance at a similar experience, try out Trafalgar Travel Tours, where they have a #BeMyGuest experience on every tour, which includes everything from cooking with a private chef on Tiber Island to meeting a Perugian Hand Weaver and Loomer to other Tuscany Farm Experiences! Unfortunately, this tour is not available yet through Trafalgar, but I was there helping them to decide if this would be a destination for those of you who choose Trafalgar as your tour guides throughout Europe. (I think it would be a perfect add-on tour, by the way!).

Here are some other best places to go in Italy with Trafalgar Tours:

Disclosure:  The writer believes in full disclosure and wanted to let you know that this trip was provided by Trafalgar Tours.  As is common in the travel industry, the writer was provided with accommodations, meals, and other compensation. The invitation’s purpose was to learn more about Trafalgar’s commitment to sustainable travel and the work being done by its charity of choice: TreadRight.

We went to Italy last fall but didn't make it here. If we ever make it back, I'll have to remember this place! Looks beautiful!

It is a nice place to visit!

These photos are just beautiful! It looks like you had an amazing time in Italy. I have yet to visit, but it is definitely on my travel wish list.

Everyone must go to Italy at least once in their lifetime!

Wow, it's so beautiful there! Looks incredible!

Yes, it is stunning!

What a beautiful estate! How gorgeous to have been there! I would love to visit.

It was pretty awesome!

The pictures are so beautiful and what a property. It is a wonderful experience to have.

Yes, it was pretty cool!