What's in this post: hide
1 Marlin Fishing
1.1 Billfish were Everywhere
1.2 What in the world is Nosancocho?
1.3 So let’s go fishing:

Looking out over the sparkling deep blue water, I thought I had seen him far in the distance. He and I had been fighting for a while… 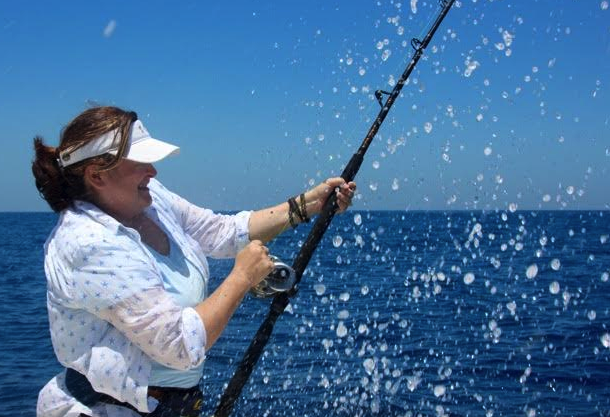 With every pull and spin my arms were getting tired, yet he did seem to be getting stronger, as he approached the marlin fishing boat. Suddenly, he surged straight up out of the water, fighting me with all this might. I never was so happy to finally see what I had caught on the other end of my fishing line! He and I went round and round and eventually with the help of the yacht crew of Pacific Fins, I was able to get him on board. Marlin fishing can be so much fun!

I never really thought that I would be able to catch one of these beauties, but when the Tourism Board of Guatemala invited me to go marlin fishing, I jumped at the chance. I clearly remember my previous catch of a Dorado (Mahi Mahi) down in Cabo, Mexico, and what fun it was to catch him and so I certainly wanted another chance to do the same. 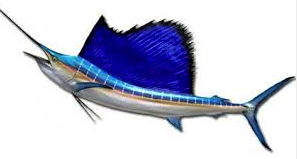 One thing I learned about Guatemala while I was there was the fact that the Pacific Coast of Guatemala has the highest concentration of billfish found anywhere on the planet! The term billfish refers to a group of fish characterized by prominent bills and also by their large size. Billfish include sailfish, marlin, and swordfish.

They are found in all oceans, although they usually inhabit tropical and subtropical waters; Billfish use their long spears to slash at and stun prey during feeding. This makes it a fisherman’s paradise. 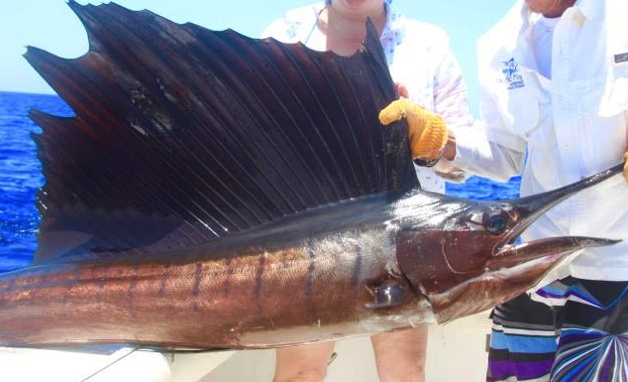 My catch of the day! – Sailfish

Guatemala protects this tourism gem by making it a law for all fishermen to catch and release all billfish, therefore, protecting them by law. 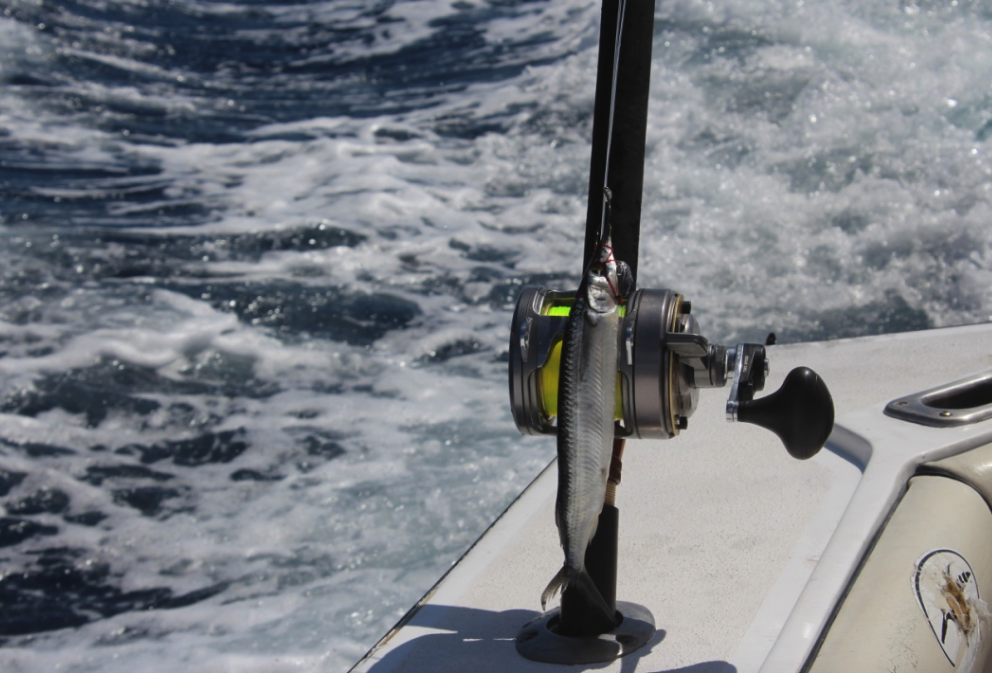 The Rod and the Bait (Ballywho Fish)- Sailfish 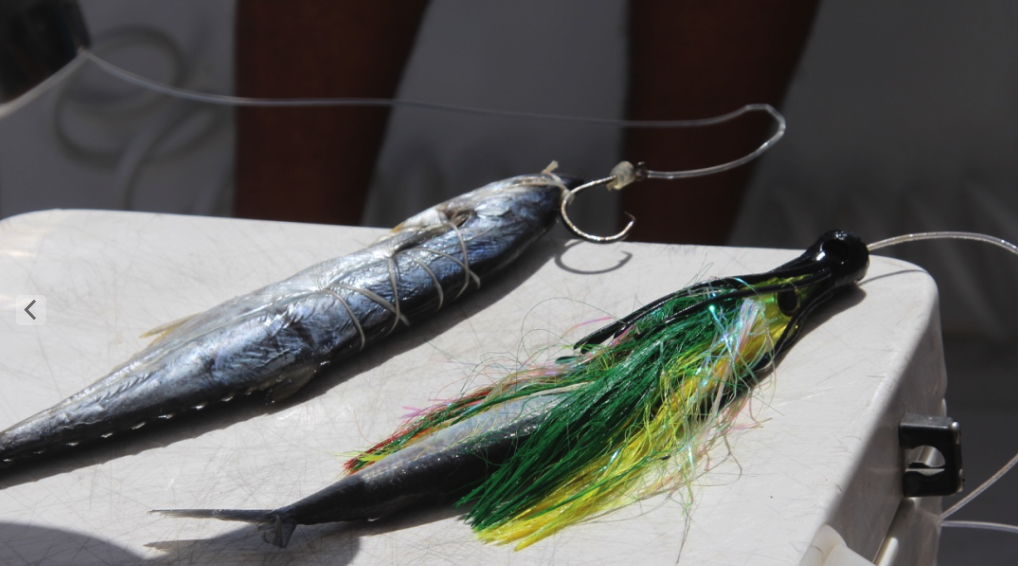 The Bait (Ballyhoo fish) and the Lure – Sailfish 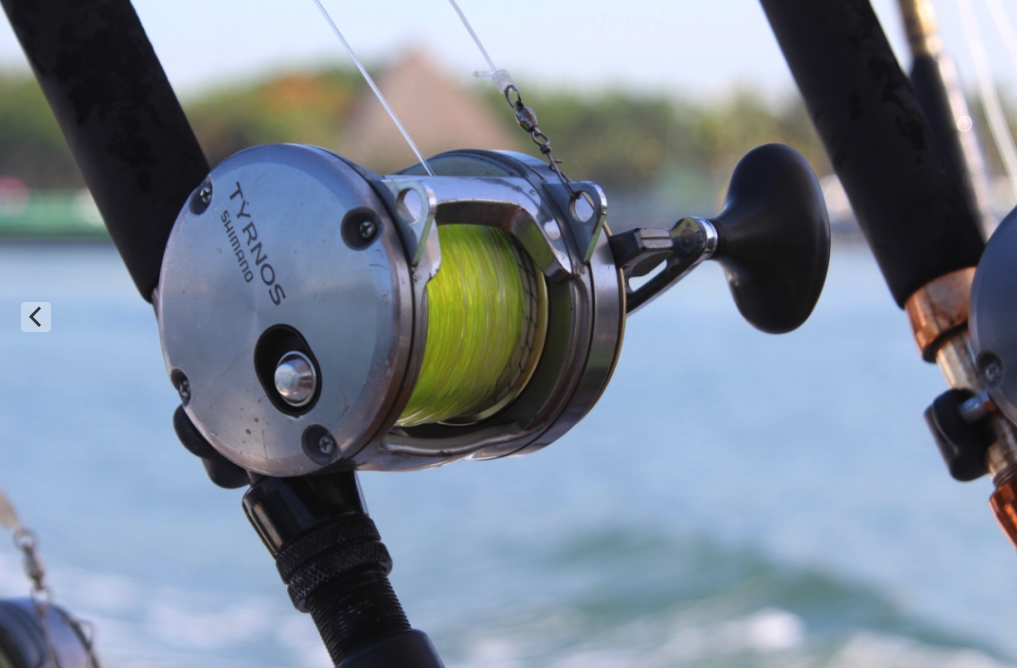 Want to read more about Guatemala?

Unforgettable Things to do in Guatemala

Things to do in Antigua Guatemala 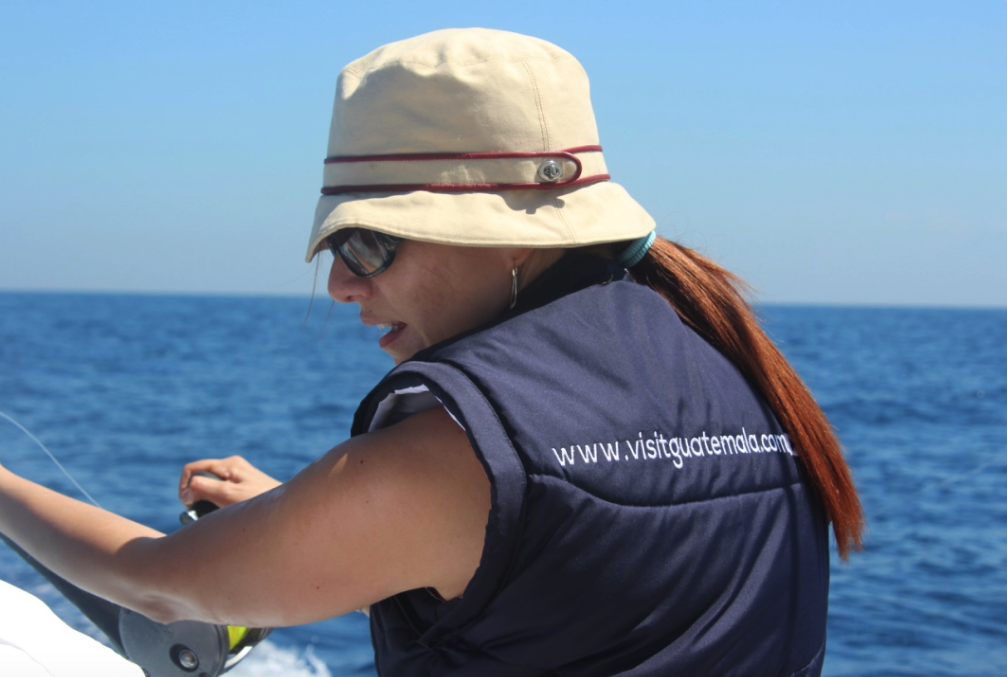 Quite frankly, I never thought I would have so much fun!

The hotel we stayed at while sail fishing was called Casa Viejo lodge. They have created an all-inclusive travel lodge with guided fishing tours.  They also participate in some of the most amazing tournaments for sail fishermen. One thing I absolutely loved hearing about was called NoSanCoCho. 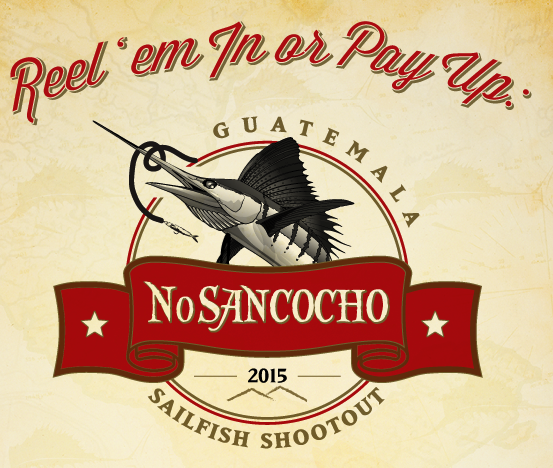 What in the world is Nosancocho?

Well, as the Venezuelan manager of Casa Viejo Lodge explained, fishermen have to pay into a “kitty” for every fish that they lose on their line! It is a fun competition of sorts, where the fishermen basically donate money to the local schools, by “paying” for every fish they lose from their line to a charity that helps the local schools of the city of Puerto San Jose.

Currently, the local school in Puerto San Jose is for 320 kids, where they have no running water and the ceiling is in deep need of repairs. With this “nosancocho” sailfish shootout, they were able to raise $10,000 from Nov 2014 to March 2015 and help with the lack of resources the schools have. I think this is a great way for Casa Viejo Lodge and fisherman to give back to the community! 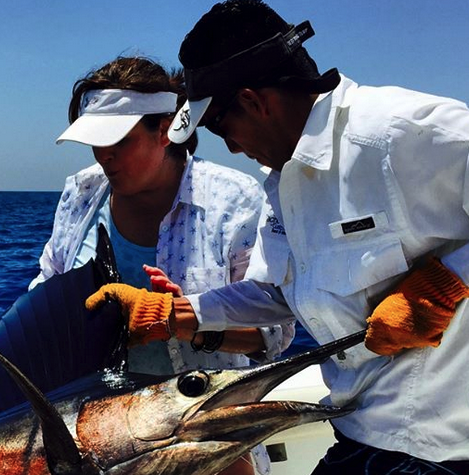 My catch of the day!

I also think this summer is the perfect time for you to get out and get into the water and discover what boating and fishing are all about. And let’s just say that if you cannot #VisitGuatemala to do some bill fishing, I am sure you can find a great lake, river, or ocean near you to do some recreational fishing this year.

How to be a Pirana Fishing Expert!

I've never been a huge fan of fishing, but this I would love to try!

I know, right? me either, but it was so much fun!