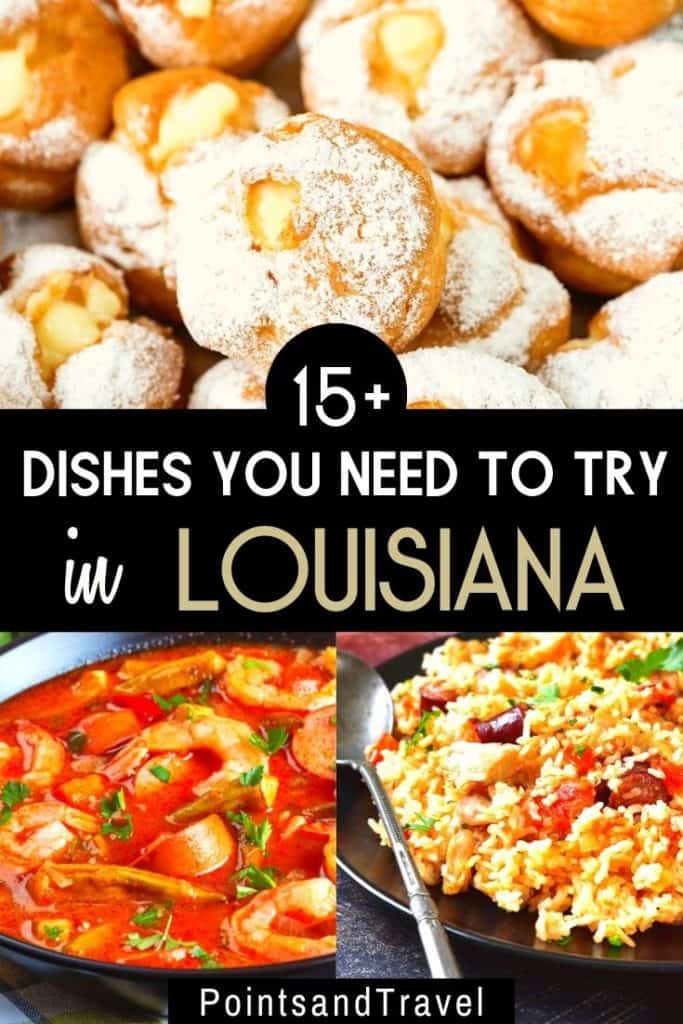 Contents hide
1 Louisiana Cuisine
2 Louisiana Food
3 Louisiana Rubs
4 Louisiana Seafood
5 Seafood Palace
6 Famous Foods of Louisiana
6.1 Fried Green Tomatoes
6.2 Here are a few dishes I heard about but did not try:
7 Louisiana Desserts
8 Louisiana Cocktail Concoctions
9 But What are the Most Popular Foods?

Louisiana is known for many things: music, culture, but most importantly, its cuisine! Louisiana food is often on the spicier side and known all around the world as “Cajun Cuisine”. The history of recipes and foods of Louisiana is an interesting one. There are influences from France, Spain, Africa, and India. However, there are parts of Louisiana that offer a more soul food-like experience. While the Southern parts of Louisiana enjoy Cajun and Seafood dishes, Northern Louisianans prefer smothered meats and greens. 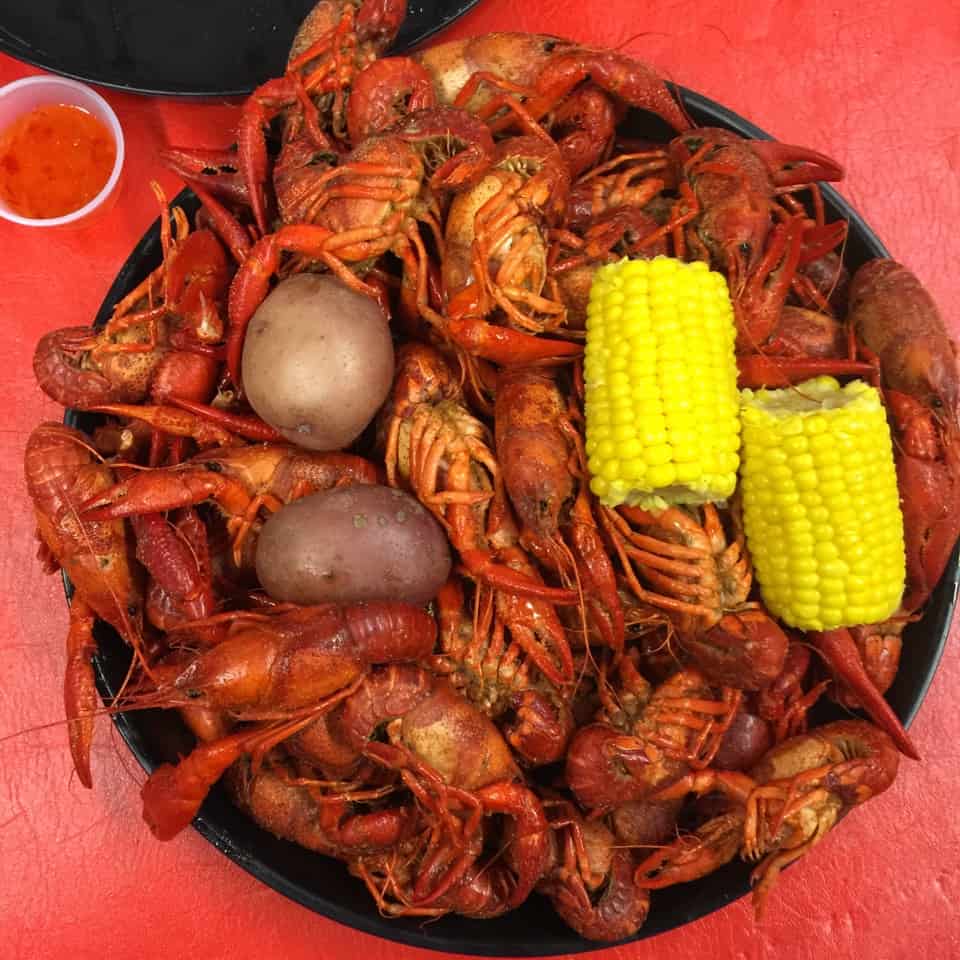 Combined, these flavors make for amazing dishes and now you can cook like a Bourbon Street Chef in your very own kitchen! You can learn what it means to live to eat instead of eating to live. I present to you: Louisiana Cuisine!

I recently had an amazing trip to Southwest Louisiana, where mostly all I did was eat!  Not exactly, but it sure did seem like it, although Mardi Gras was happening at the same time. My hosts couldn’t wait to introduce me to their style of food. After that, it was a trip to New Orleans that took me over the edge! 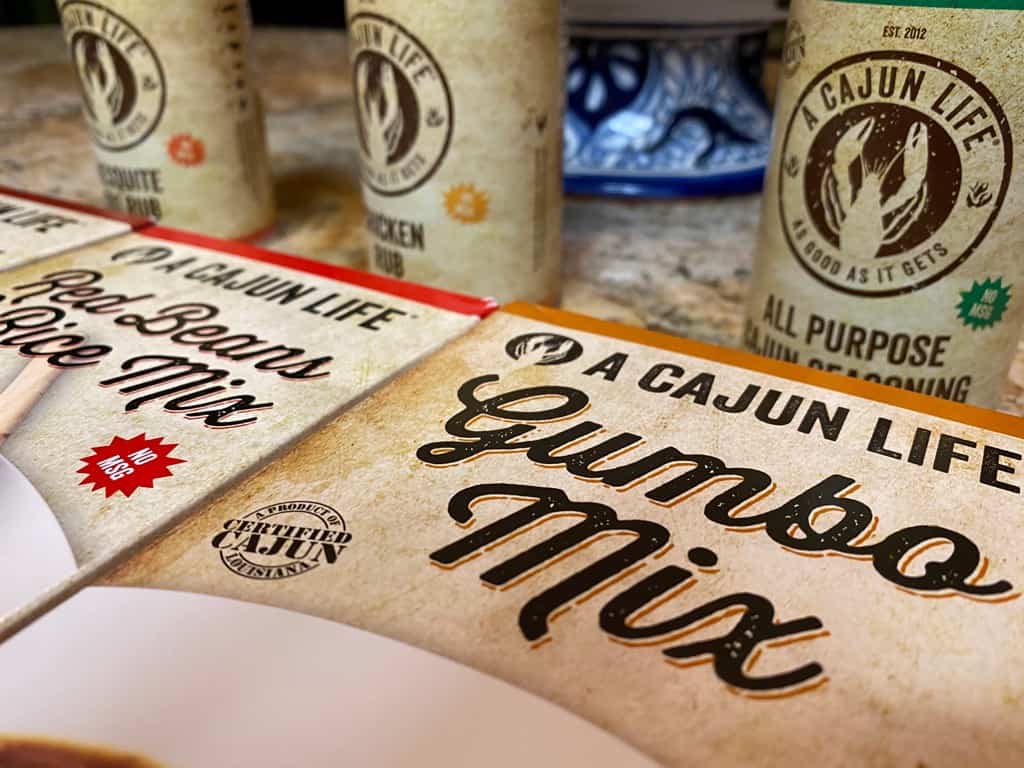 Jambalaya | Gimme Some Oven| a seasoned rice dish made with meat or seafood. 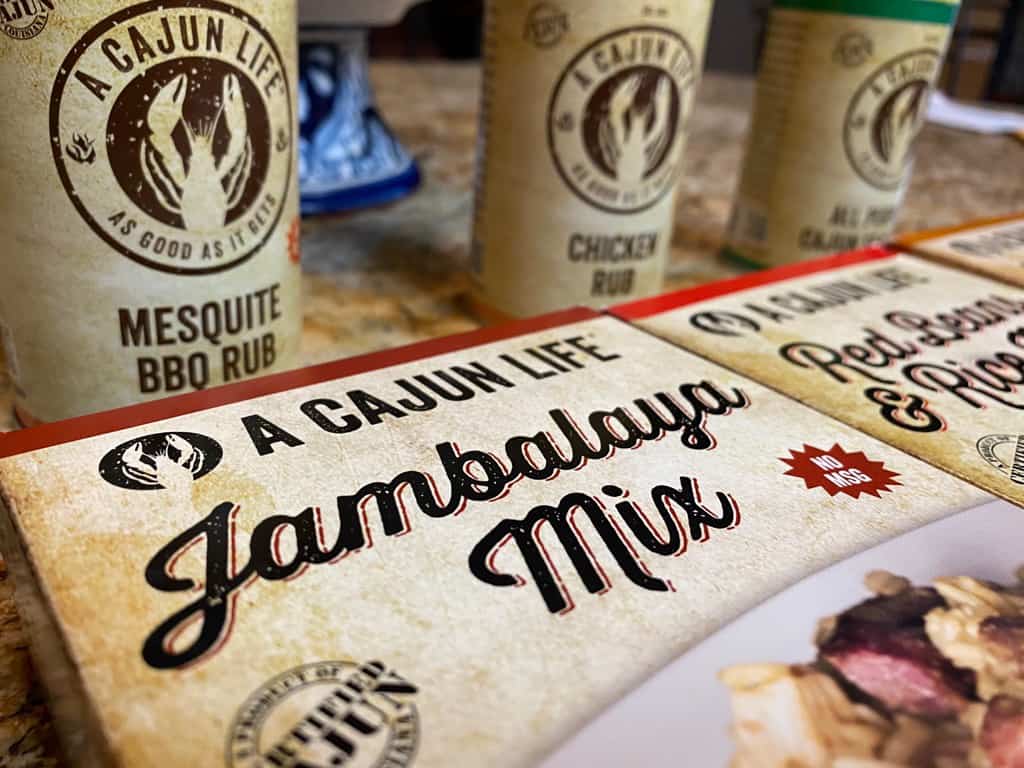 These things were to die for. In fact, I think I went to Desire Oyster Bar in New Orleans three times in one week, just have these juicy fellas – a dozen oysters that have been grilled and soaked in a herb and lemon butter garlic sauce with melted cheese and a side of soft, white bread to soak up this goodness! Perfection! You can find them on Bourbon Street! 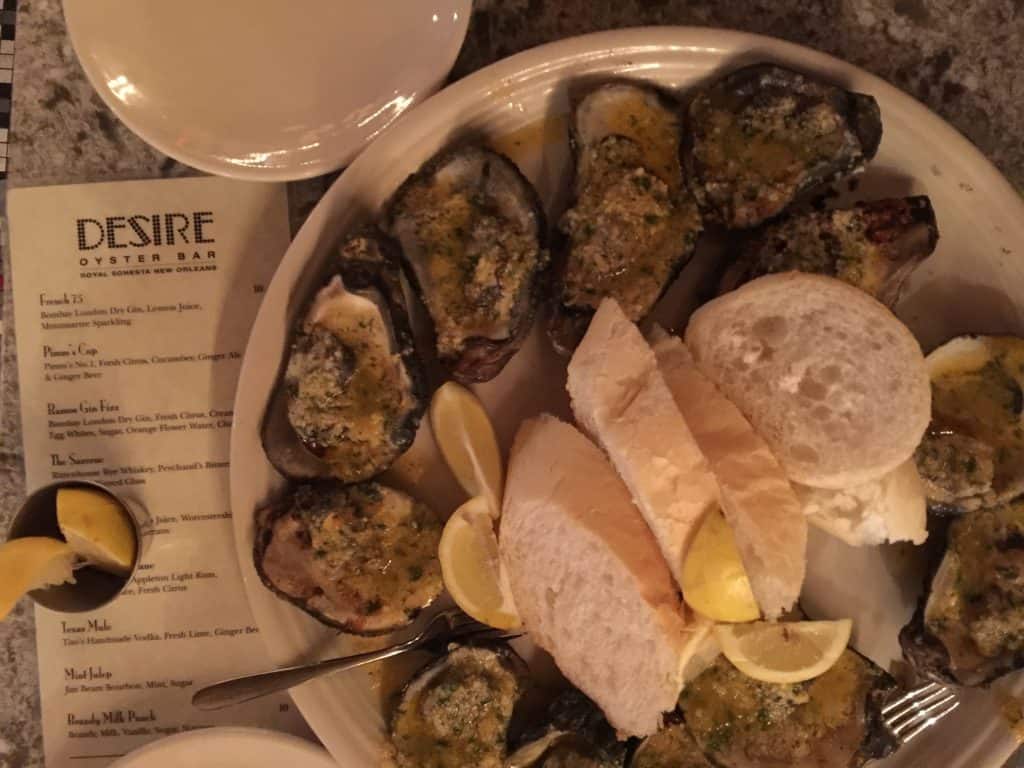 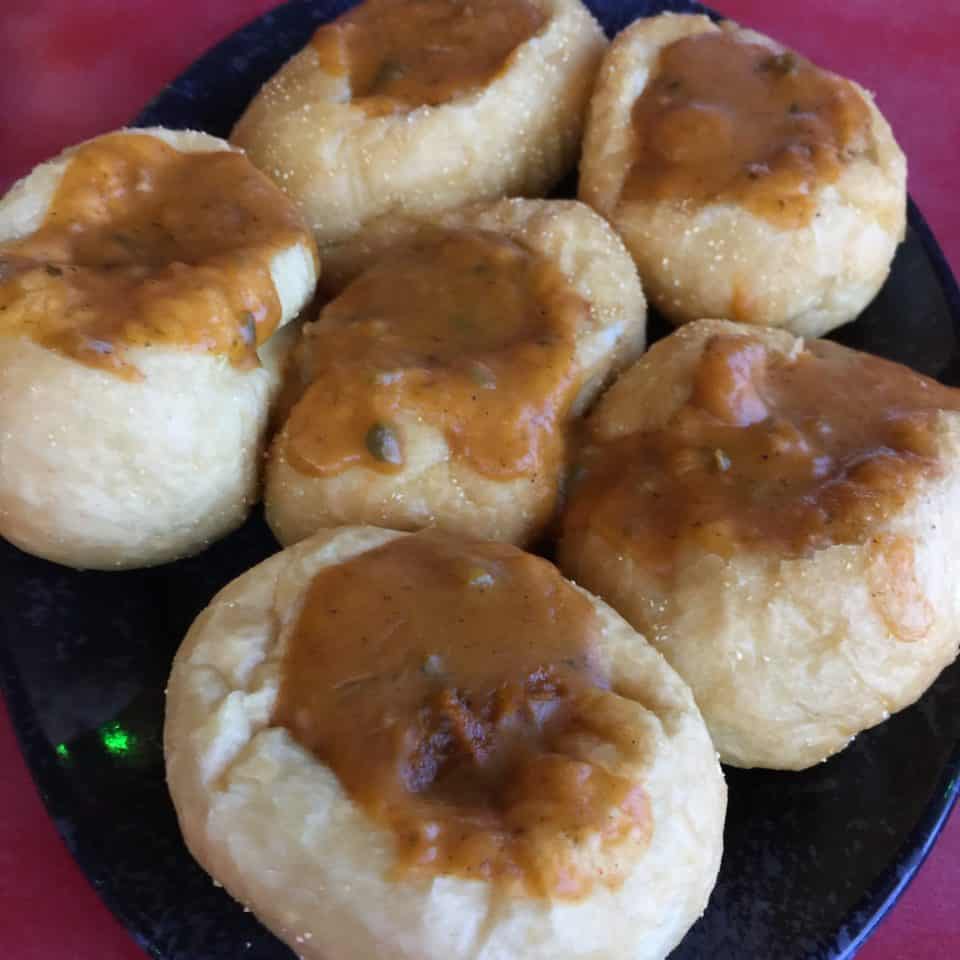 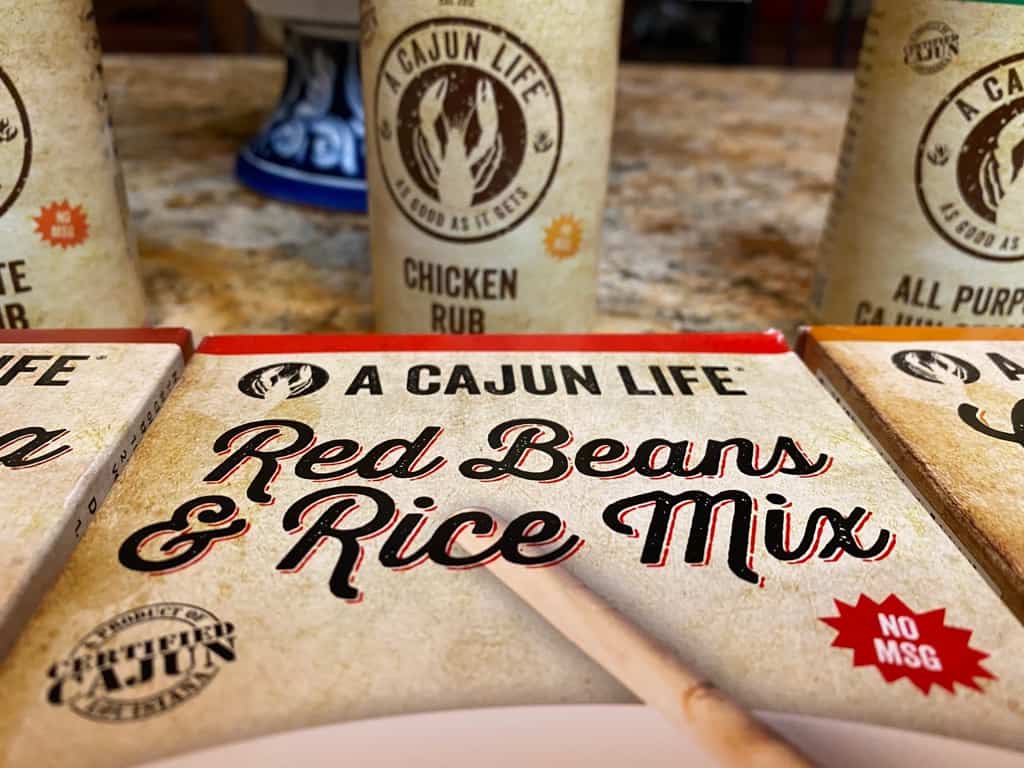 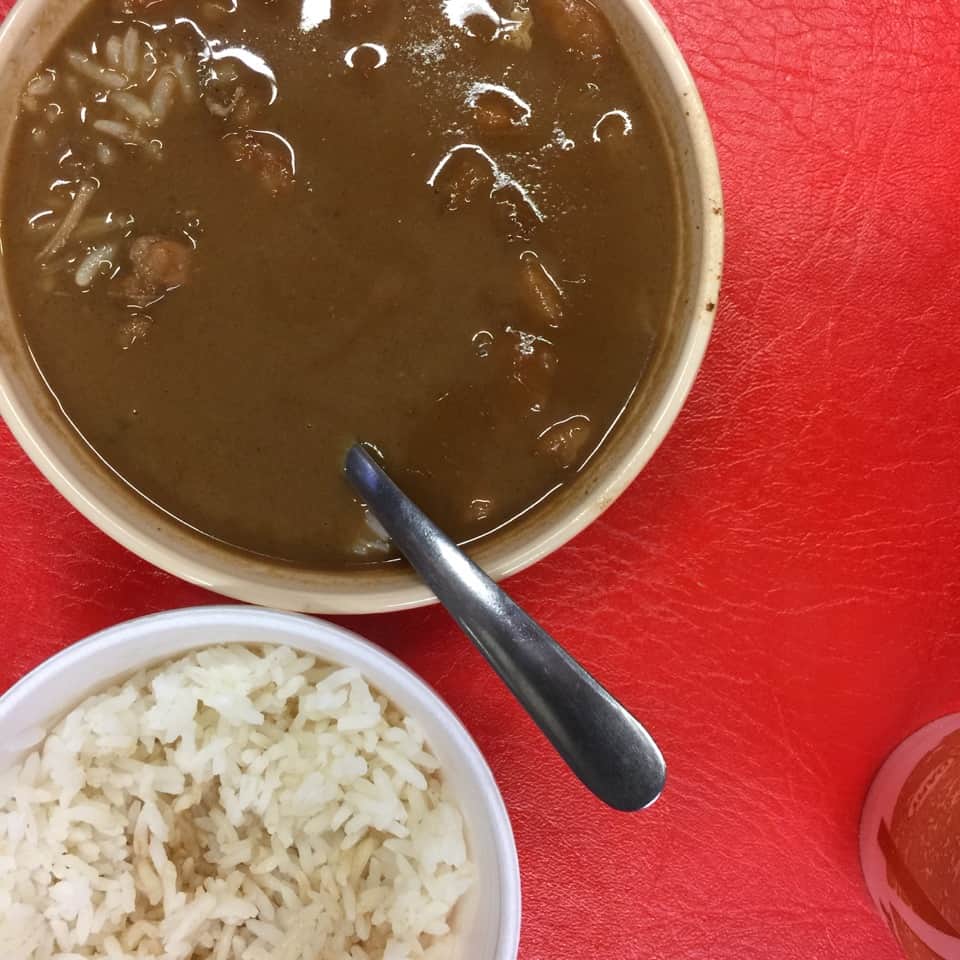 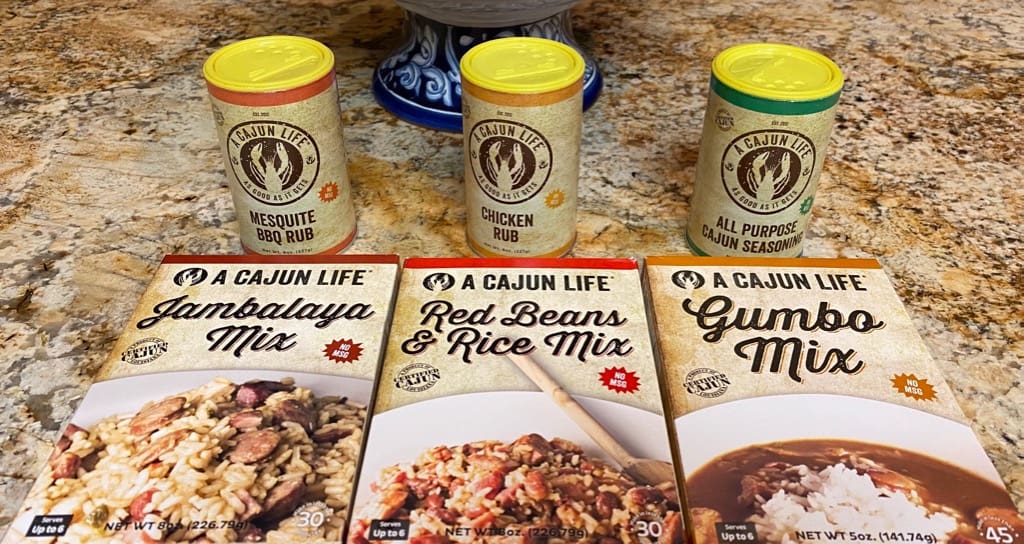 My first dinner of crayfish in Louisiana was at a place called Seafood Palace in Lake Charles. The place was packed with people for their down-home style of Louisiana cooking or to be more specific for massive amounts of crayfish! Apparently, late February is the perfect time for fresh crayfish. They are also known by many other names: crawdads, Crawdaddy’s, crawfish, ecrevisse, langouste, rock lobsters, sea crawfishes, and spiny lobsters. Boiled crawfish is a “must eat” for seafood lovers in Louisiana! 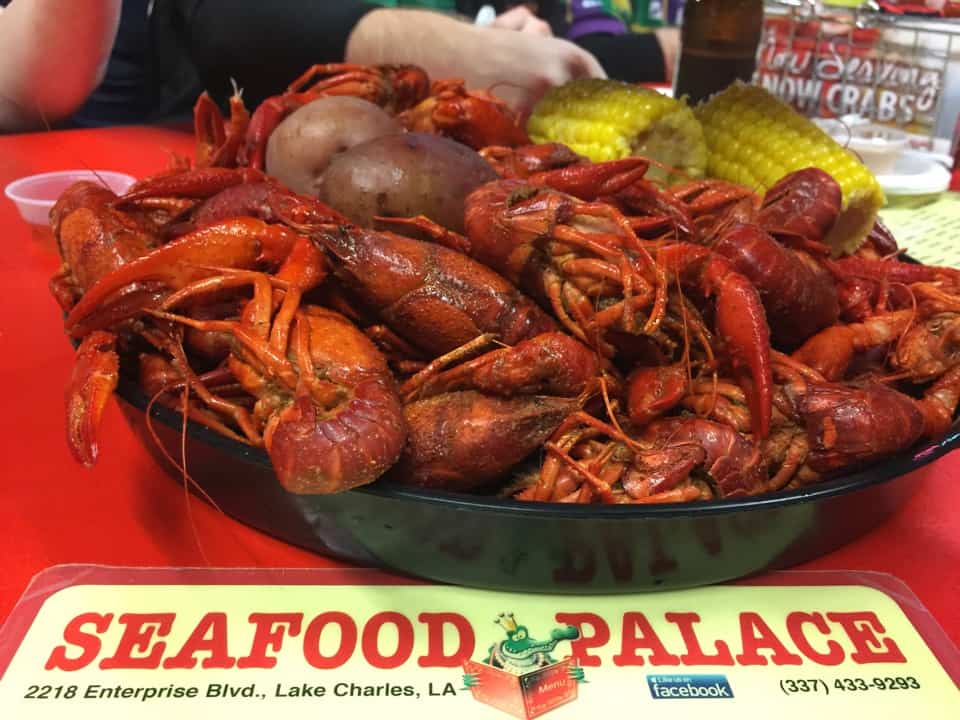 Fried Green Tomatoes are more of a southern Louisiana delicacy which is made from young, unripened red tomatoes. They are typically fried and breaded in cornmeal in the South, but Louisiana has its own version by adding Shrimp Remoulade! Basically, the tomatoes are smothered in the remoulade sauce (which is mayonnaise and dijon mustard with the spices of paprika, cayenne pepper, garlic, and Cajun-style hot sauce. Then the shrimp are added. This is all poured on top of the green battered tomatoes. 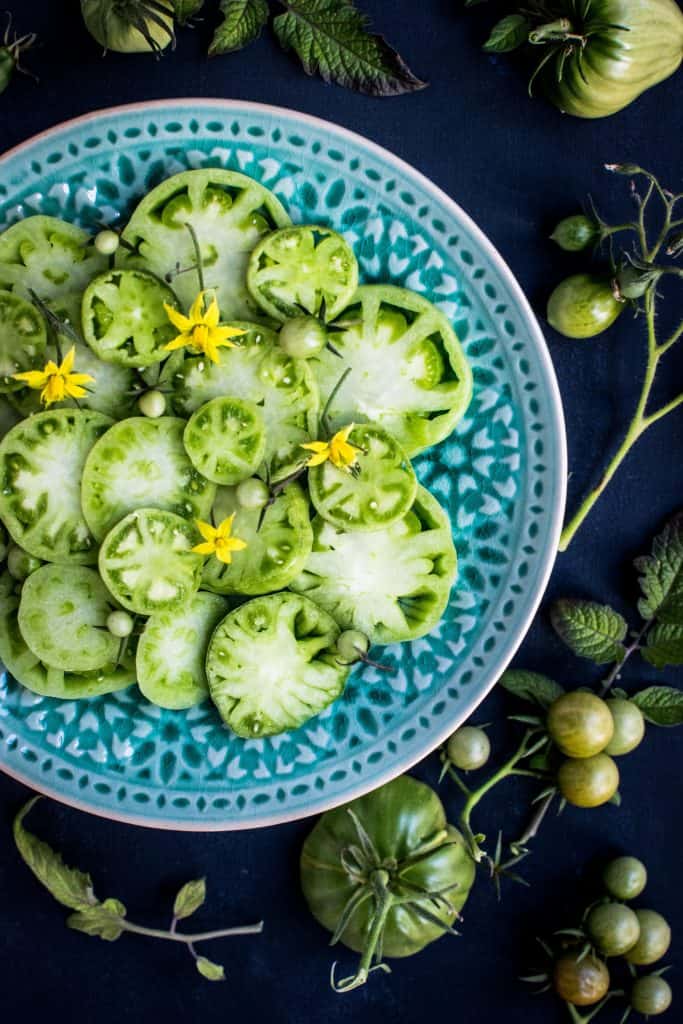 Boudin Balls |Allspice| is a spicy rice and meat sausage. 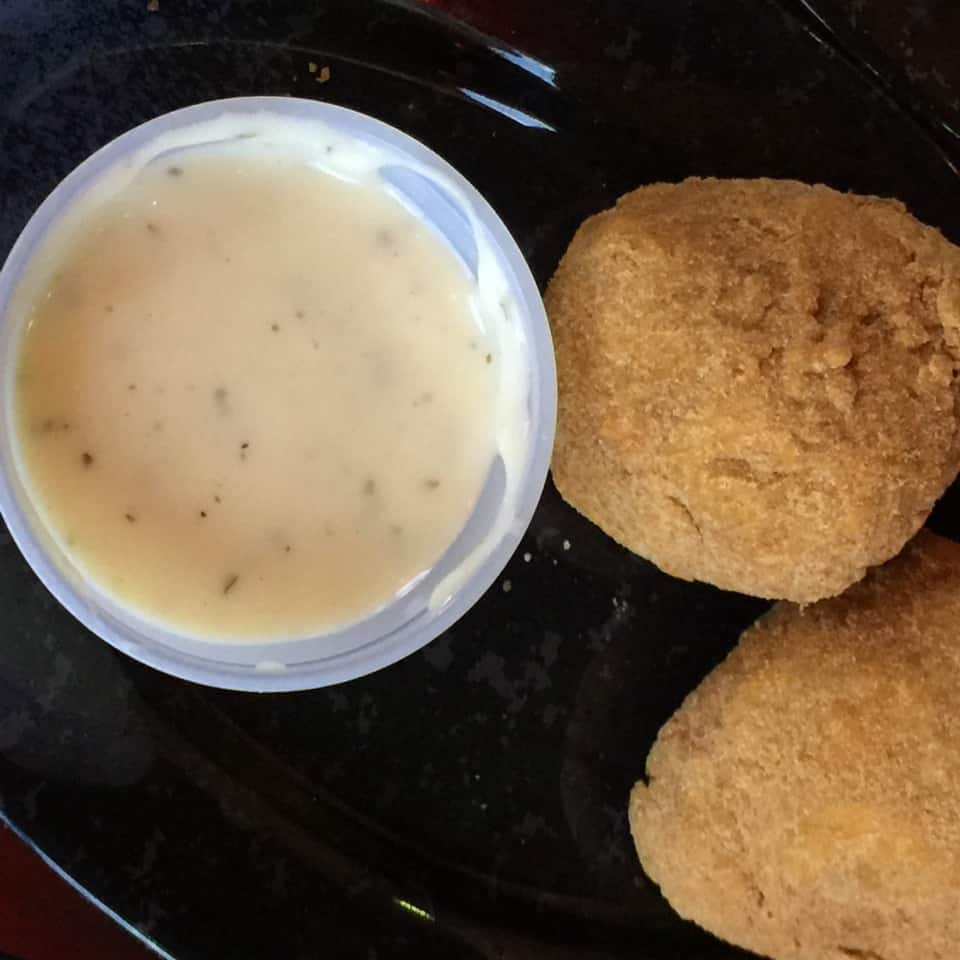 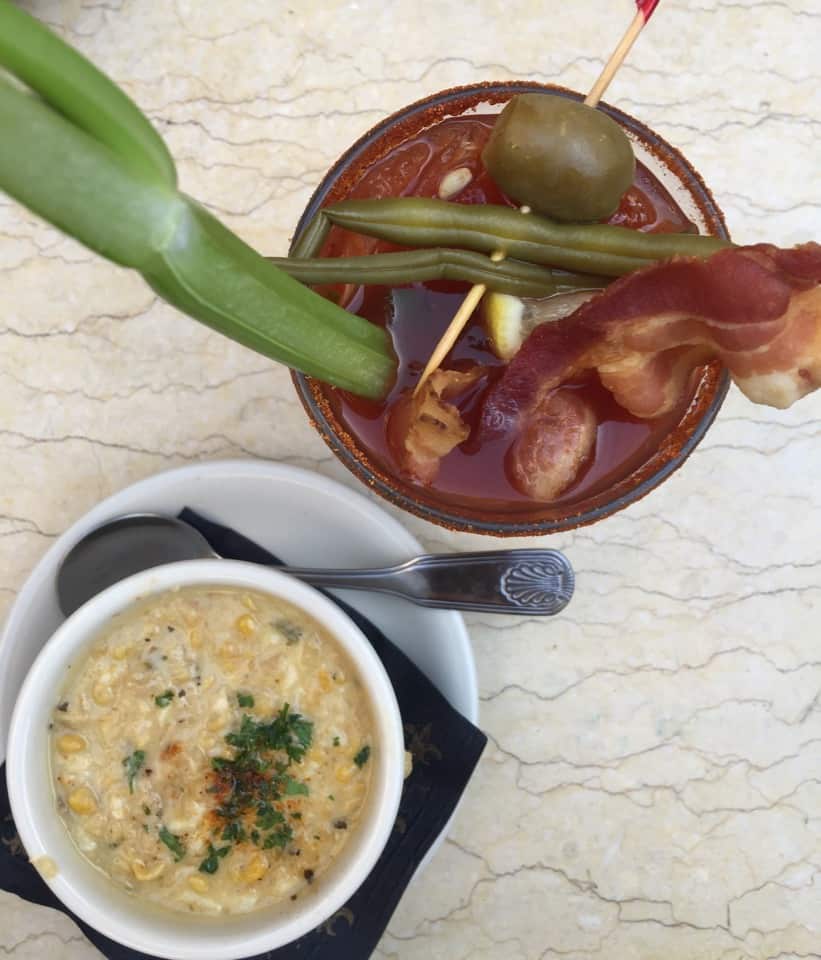 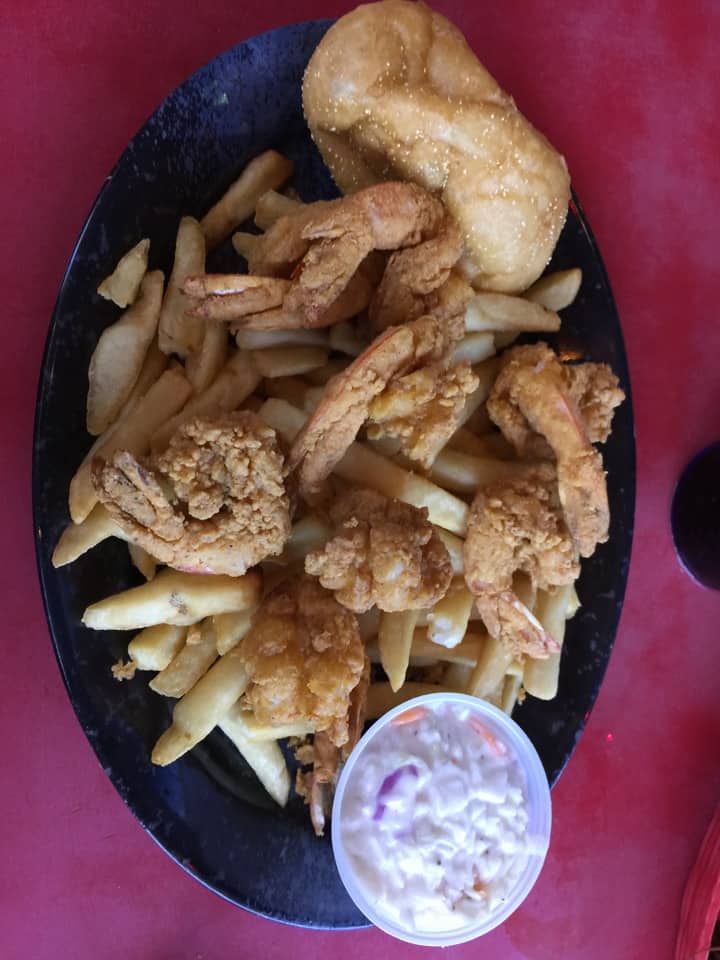 Here are a few dishes I heard about but did not try: 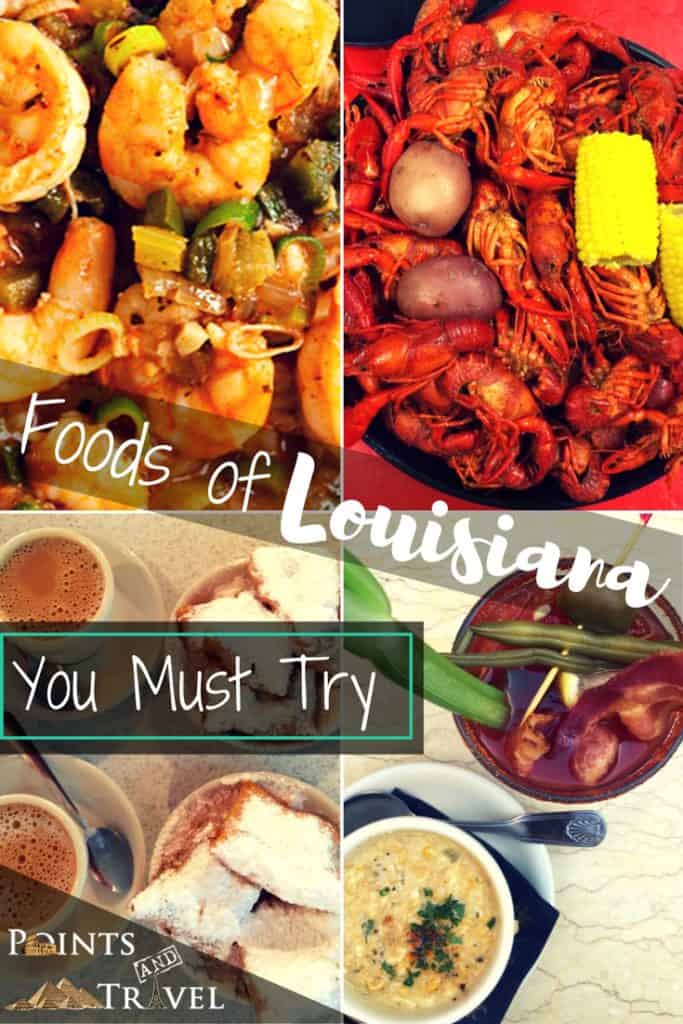 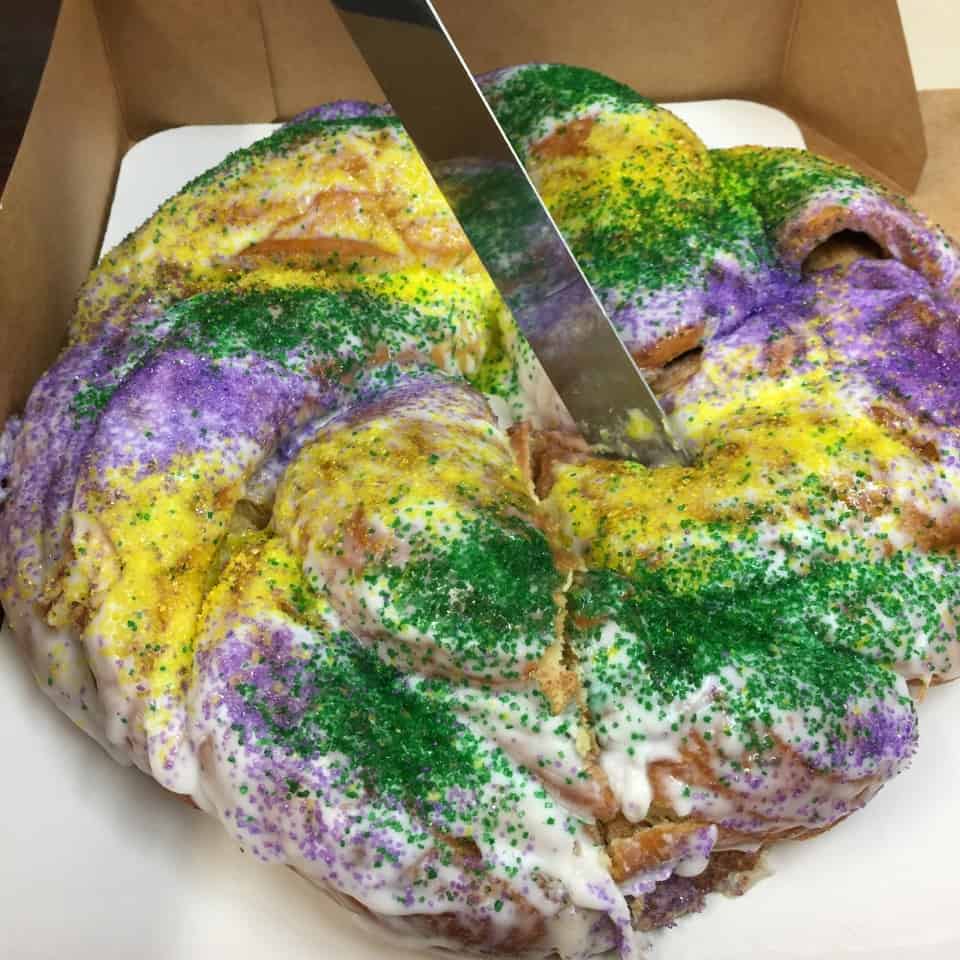 Beignets | Seed at the Table

There is nothing quite like a beignet – pronounced “ben-yay”, especially at the famous Cafe du Monde in New Orleans. The texture is similar to a modern-day donut, except they are square and puff up when fried. They are best served warm with a cafe au lait. We loved them so much we bought a few boxes of dough to make them for ourselves at home! 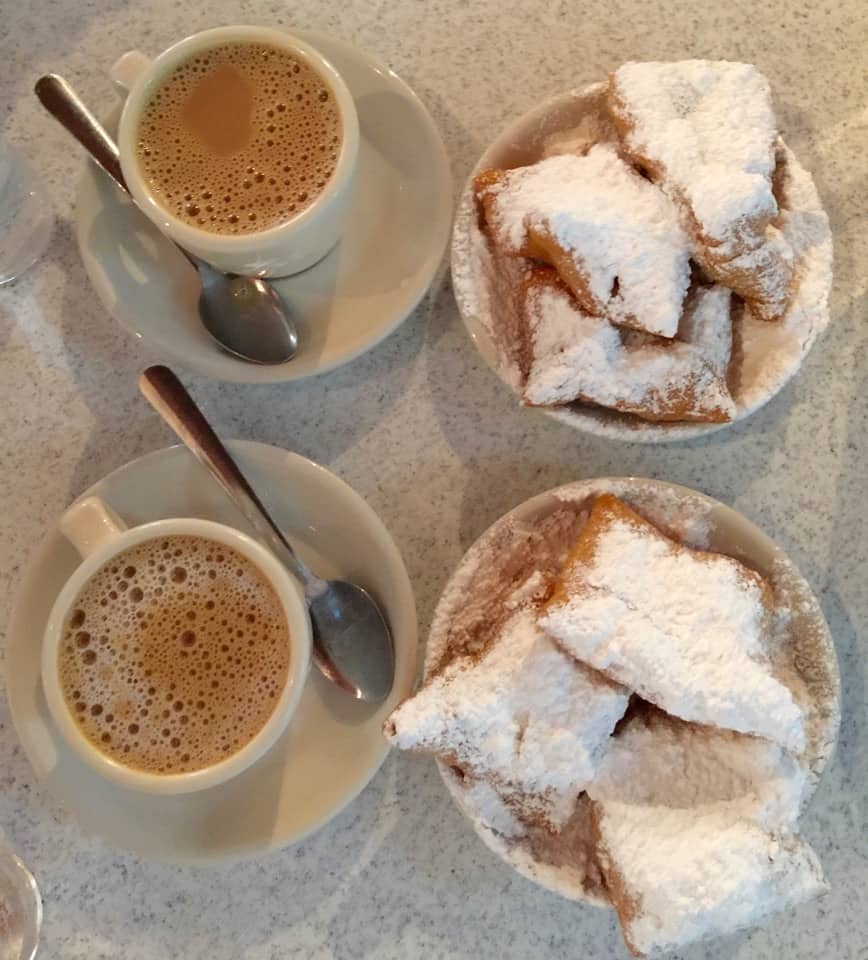 Oh, and don’t forget Pralines! Those pecans soaked caramelized sugar treats! Coming from the old world, they were once snacks of Kings in France and were originally thought to be almonds instead of pecans. The original recipes contained brown sugar and nuts, but now recipes include butter, milk, and vanilla flavorings.

One of the best New Orleans desserts is Bananas foster. For the best one in town, be sure and go to Broussard’s Restaurant during an offering of a Jazz Brunch. This dish puts on quite a show as the waitress prepares it in front of you! Composed of bananas and vanilla ice cream and a to-die-for sauce of butter, brown sugar, cinnamon, dark rum, and banana liqueur. It will be lit on fire using a cooking technique called a flambe.

After all that food and desserts, I am sure you will want one of these!

Tequila soaked gummy worms from Miss Doris…
Her laughter is contagious and she dishes out gummy worms like no other. 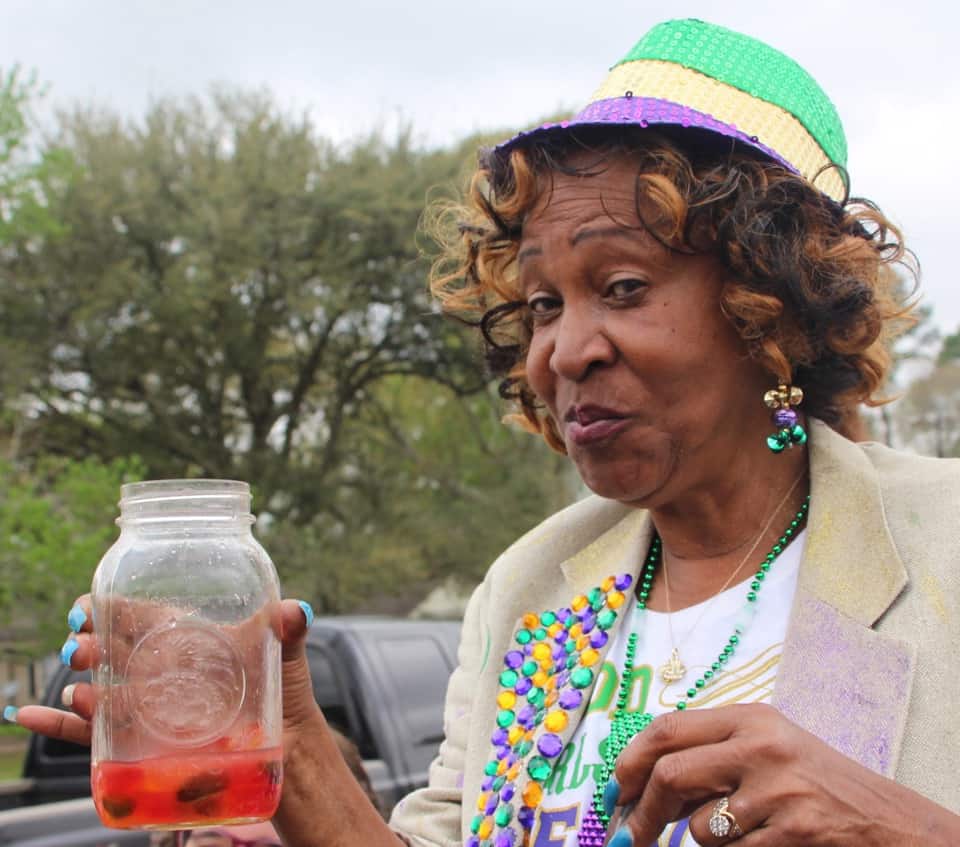 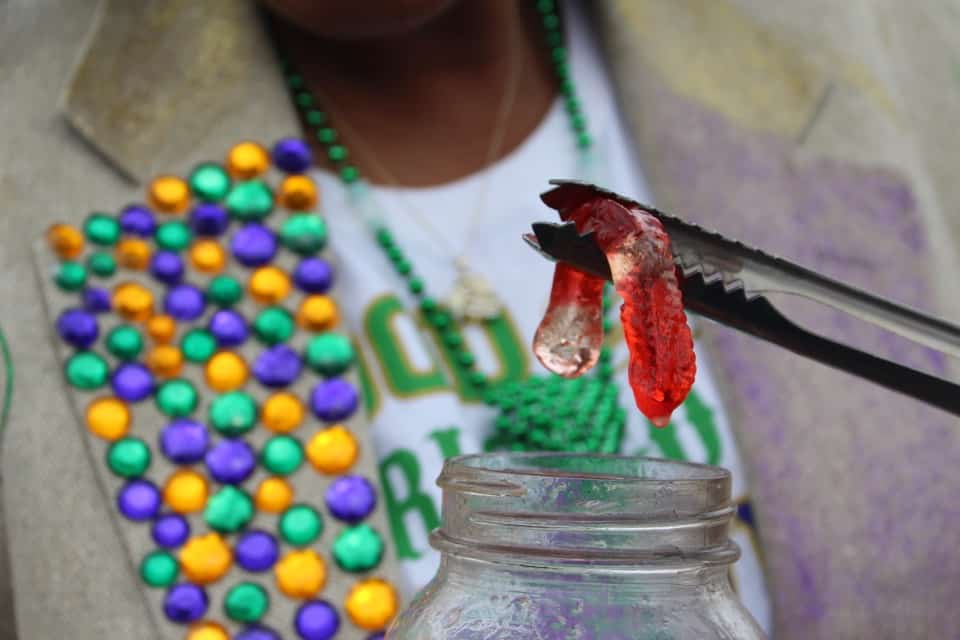 But What are the Most Popular Foods?

I would say that gumbo, muffuletta, etouffee, po’boy’s, red beans, and rice, as well as jambalaya, are the most popular foods in Louisiana. As far as meats go: seafood, crawfish, shrimp, crabs, oysters, and catfish ranked right up near the top.
Are you hungry yet? I bet you can’t finish reading this article without drooling all over yourself!

King Cakes: Their Origin and Recipes

Chicken on the Run near Lake Charles, Louisiana

Recommended Reading about Other Culture’s Food 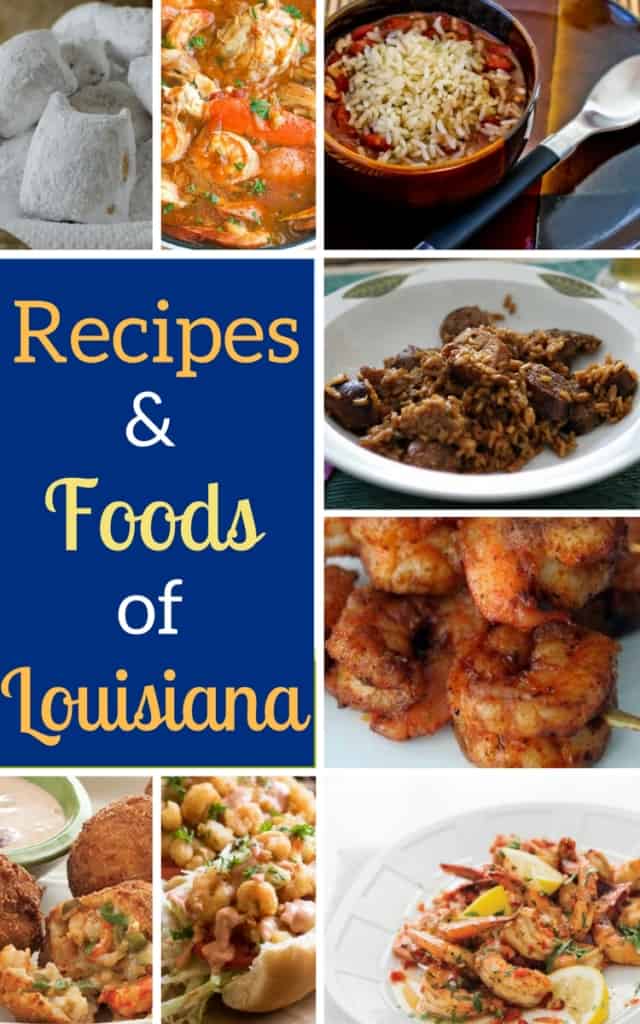 Disclosure:  The writer believes in full disclosure and wanted to let you know that this trip to Louisiana was sponsored.  As is common in the travel industry, the writer was provided with accommodations, transportation, meals, and other compensation.