As part of the global population, I would love to thank the Greek nation for gifting the world with many wonderful attributes. The Greeks gave the world the first theater, the Olympic games, and great philosophers such as Democritus, Pythagoras, Plato, and Socrates. Thanks to the Greeks, we have different literary forms, philosophy, democracy, architectural beauties and not to mention their great Greek desserts along with its luscious cuisine! Along with this cuisine is an indispensable food in Greek cuisine called: Greek bread. Don’t you just love the Greeks!? 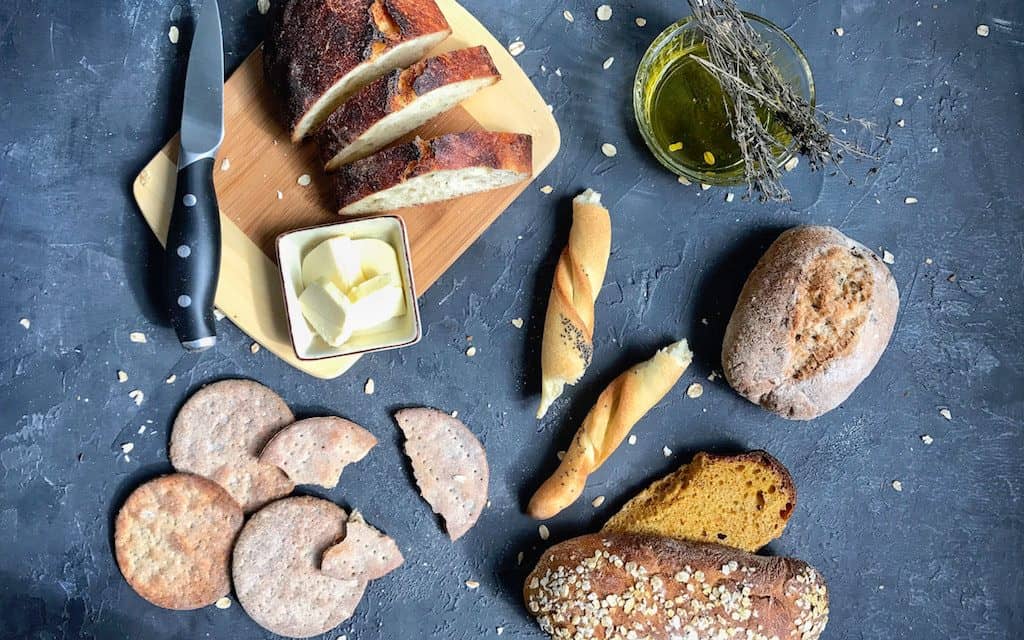 Oddly enough, there are over 70 different kinds of Greek bread. The Greek love their bread, especially during breakfast, as they dip barely day-old bread into their wine. I bet you’re probably thinking that combination doesn’t sound so good, but I would recommend tasting this odd concoction before dismissing it completely. Although right now, I would like to spend my time writing about many interesting and yummy Greek bread, so let’s dive into the 11 most delicious Greek bread.

This classic bread is found all over Greece and still baked in outdoor wood-burning ovens! This is a typical bread found in smaller villages and appears to be denser than other types of bread. It can be made from many types of flours or any type of flour that you happen to have around! In the USA, we typically call this “crusty bread” or “sourdough bread.” If you have your own sourdough starter, I would use slightly less than one cup in place of the yeast in the recipe. 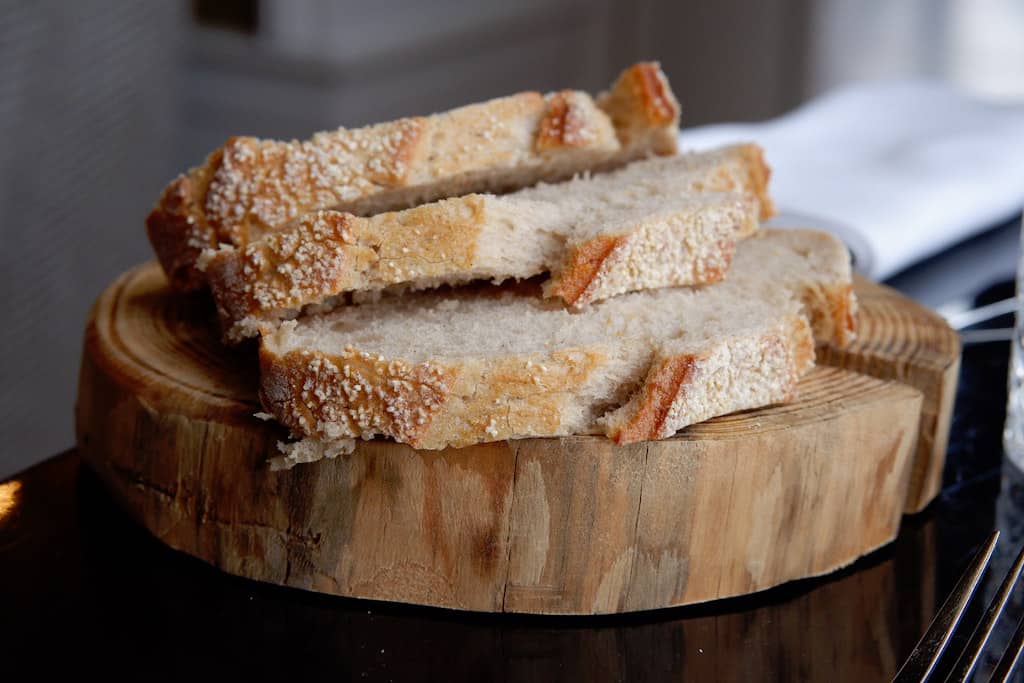 A staple at most tables in the Greek culture is the rustic style of bread known as daktyla. This bread is made with cornmeal, whole wheat, and plain flour. It is nicknamed the “finger bread” because it can easily be broken apart and resembles fingers. It is usually topped with sesame or nigella seeds. The softness of the yellow center makes it the perfect bread to accompany different cheeses and yogurt. I have seen this Greek bread pictured as either challah looking bread with sesame seeds on top or long finger looking bread that sometimes almost looks fried.

I have found that when I visit a traditional Greek bakery or  fourno, I typically find many choices that range from the traditional common type of bread from small Greek villages known as horiatiko psomi, to this type of bread: daktyla, a long loaf of bread which resembles the shape of long fingers 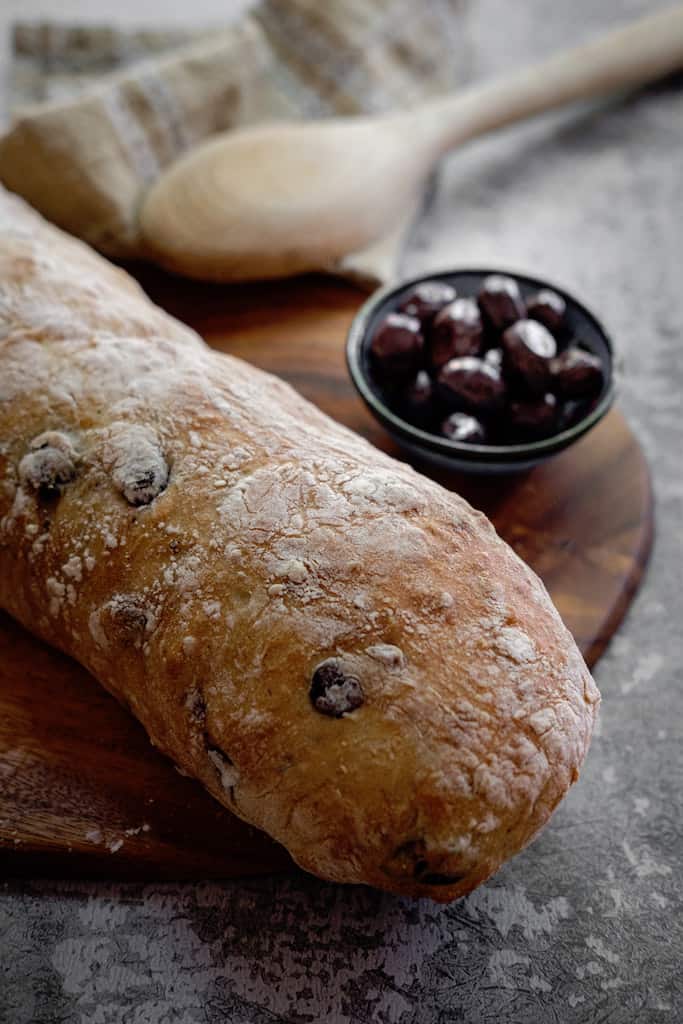 You cannot speak of bread without wanting to taste the traditional eliopsomo bread. The literal translation of eliopsomo is olive bread and olives are exactly what you will taste. As you slice into this little piece of heaven, you will get a trace of the aroma of herbs, onions, olives, and oil. You can devour this yummy bread as a light snack with cheese, toast it and dip into in olive oil, or grill the bread and add tomatoes and feta cheese. Whichever way you slice it, this bread is delectable. 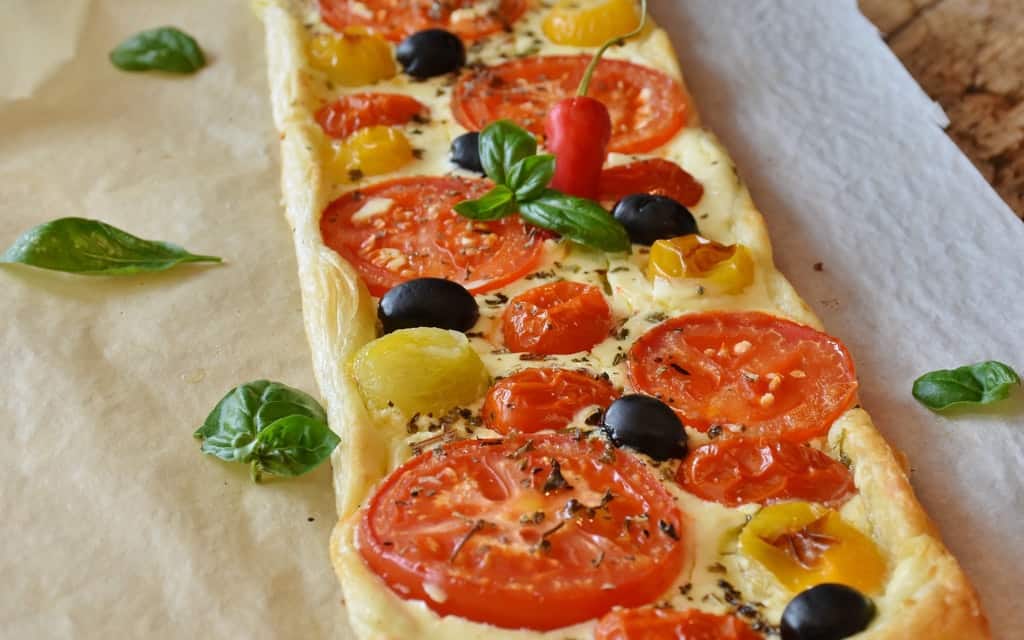 If you are looking for a delicious soft flatbread topped with tomatoes then you will surely be delighted when biting into a ladenia. The ladenia originates from the island of Kimolos. The key to making the perfect ladenia is allowing it to rise properly so the crust becomes thick. Greeks love to top off their ladenia with tomatoes, cheese, and oregano. You can check out this recipe to make your own ladenia-style pizza. 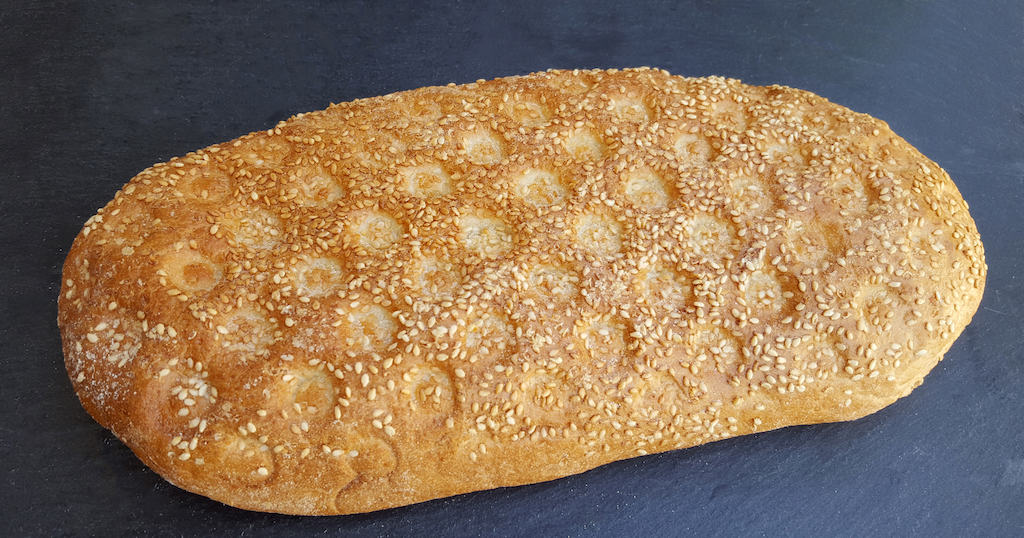 For one day of the year, the star bread that greets the world is the lagana, also known as “Pure Monday bread”. This is a traditional Greek flatbread that is only made on the first day of Lent in the Eastern Orthodox religion. The earliest known mention of the lagana comes in the form of writing through the Greek poet Aristophanes in 5th century BC. The original recipe of lagana calls for no yeast because it was said to make the bread “impure” but nowadays some versions include yeast in their lagana. 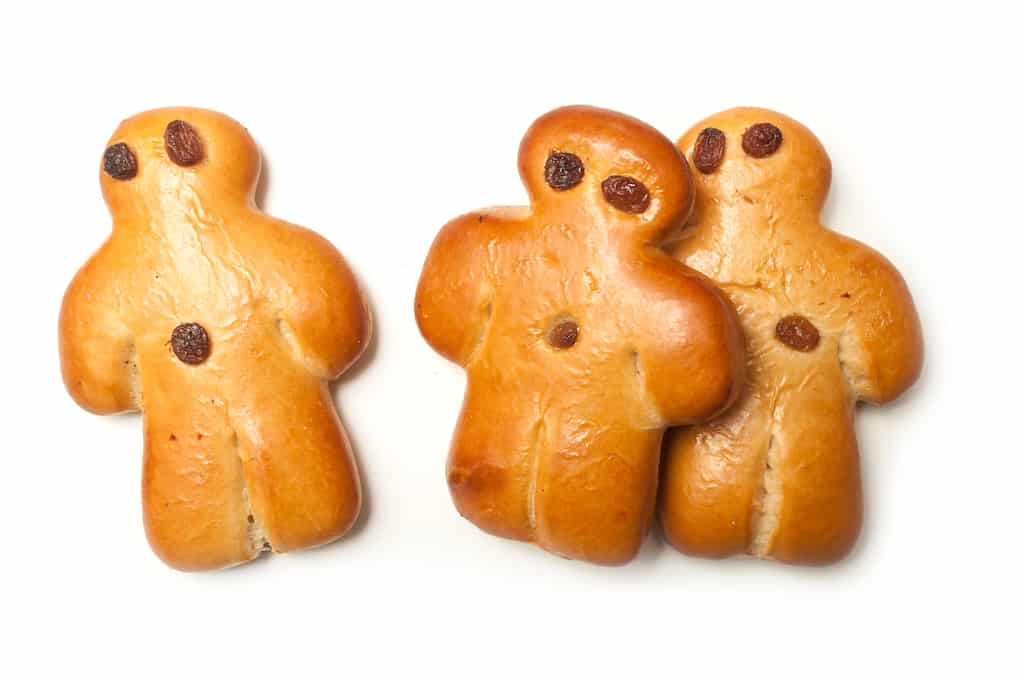 If you didn’t already know, the Greeks are a very religious people. Many of their loaves of bread and food traditions are based upon their love for the Eastern Orthodox church and customs. The lazarakia bread pays homage to Lazarus, the faithful friend of Christ. This sweet bread is made with ingredients such as sugar, oil, anise extract, and cinnamon. Not only is this bread tasty, but many times it is shaped like a man with burial cloths, also known as a shroud, which makes it all the more interesting to eat. Click here if you want to read up on a good lazarakia recipe plus a quick history lesson. 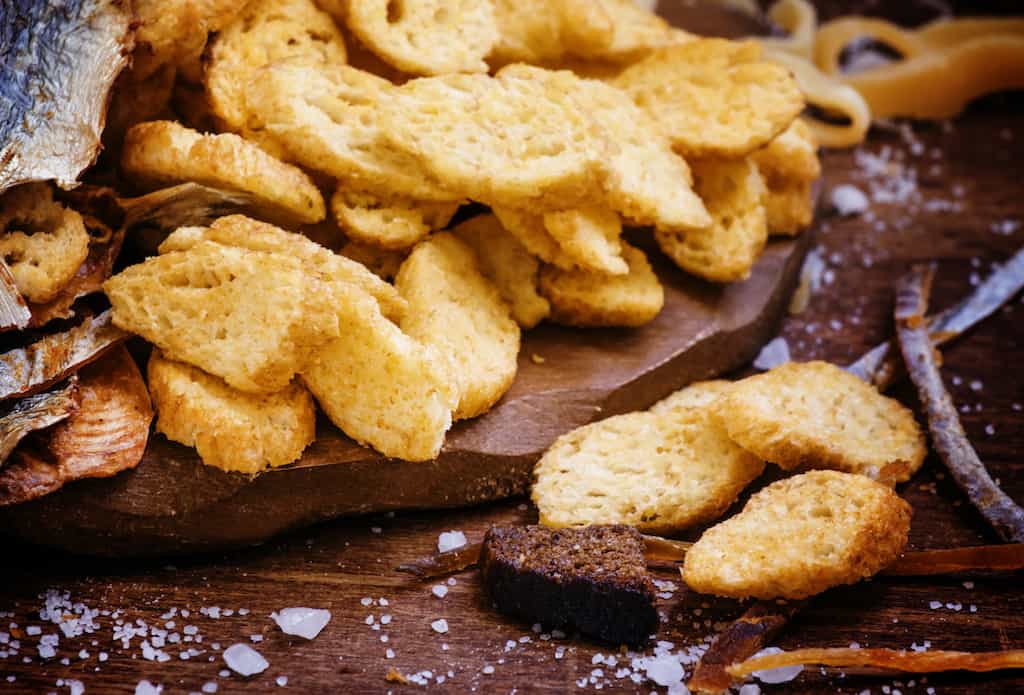 This is a bread that is so good they baked it twice. The paximadi is a twice-baked rusk bread was a staple food among the Greek farmers, priests, and military. Oral Greek history tells of Greek farmers who would dip paximadi in oil or water to soften it before eating during their “breaks” from their work. This is a hard bread that includes ingredients such as oil, eggs, orange zest, and cinnamon. Paximadi can be made using chickpeas, whole wheat, or barley flour. A delicious way to eat this bread is with marmalade, jam or cheese. 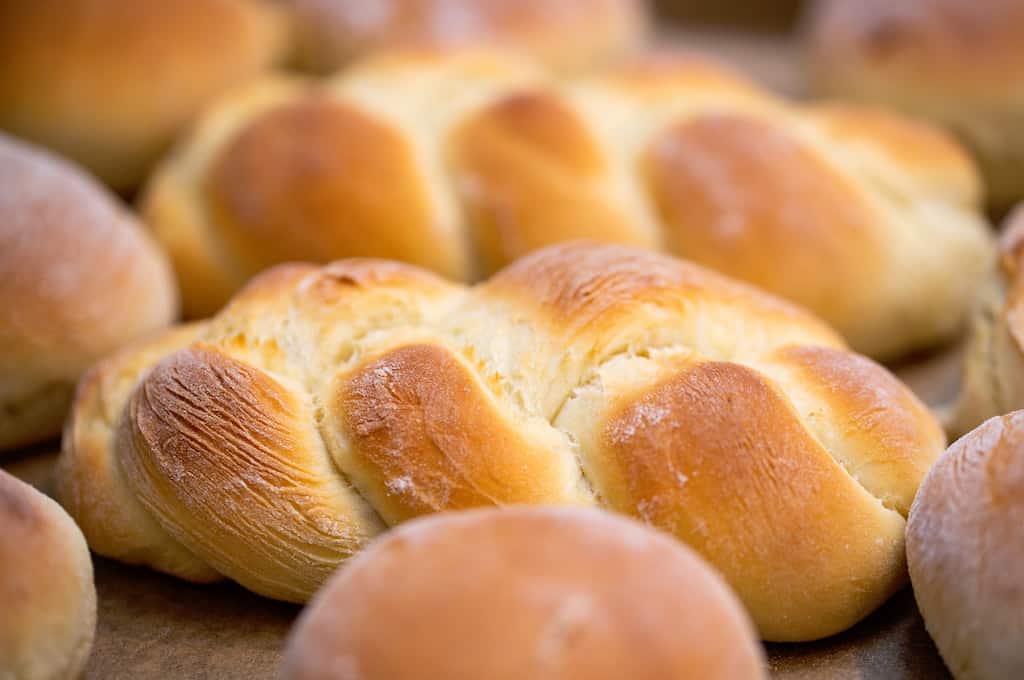 A sweet bread that has suspected roots in Armenia is considered a traditional braided Greek Easter bread. During Greek holidays such as Christmas, Easter, and St. Basil’s Day (New Year’s Day) the Greeks have different variations of the tsoureki bread. The most famous of these is the Easter version of the tsoureki bread. Some ingredients such as sweet yeast, flour, red-dyed eggs, milk, and mahlep go into this scrumptious bread. You may not know, but mahleb or mahlep is a spice that comes from the seeds of the St.Lucie cherry. (Per wiki: In Greek cuisine, mahlep is sometimes added to different types of holiday tsoureki breads,) 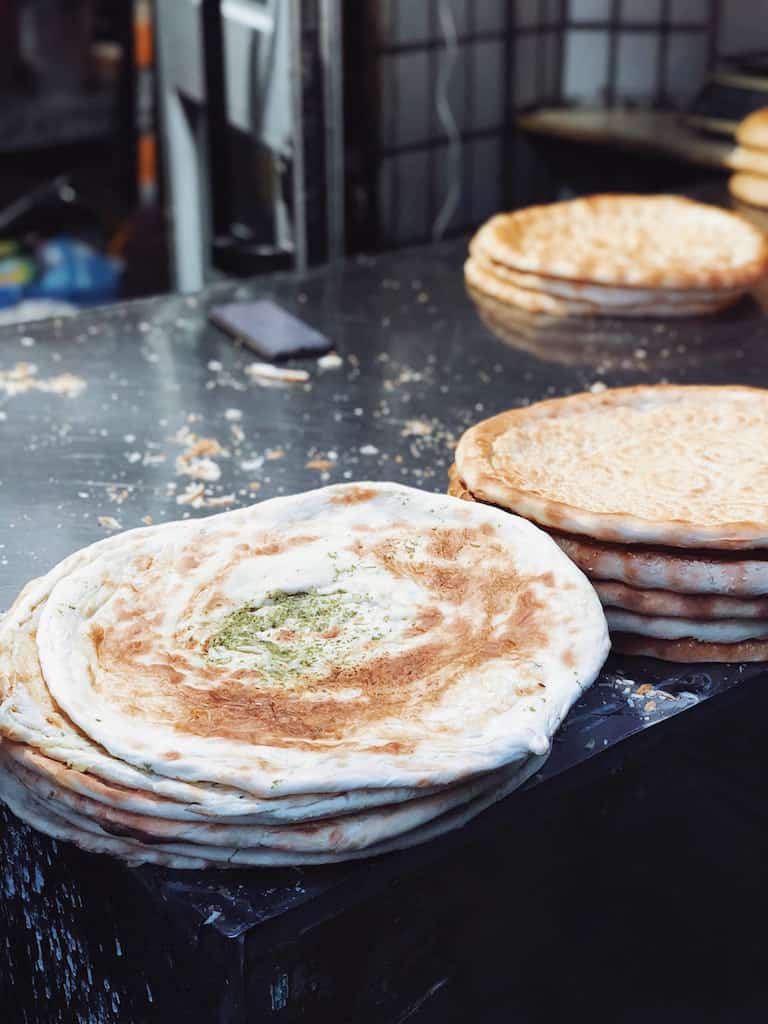 I have yet to meet a person who has turned down fried bread and the Greeks have their own version which is called tiganopsomo. With every bite of this fried bread, you will get a flaky, buttery, and crusty bread that tastes even better with feta cheese. The main ingredients you need to execute this fried dough leavened dough, olive oil, and salt. Adding olive oil and feta cheese makes this bread even tastier. 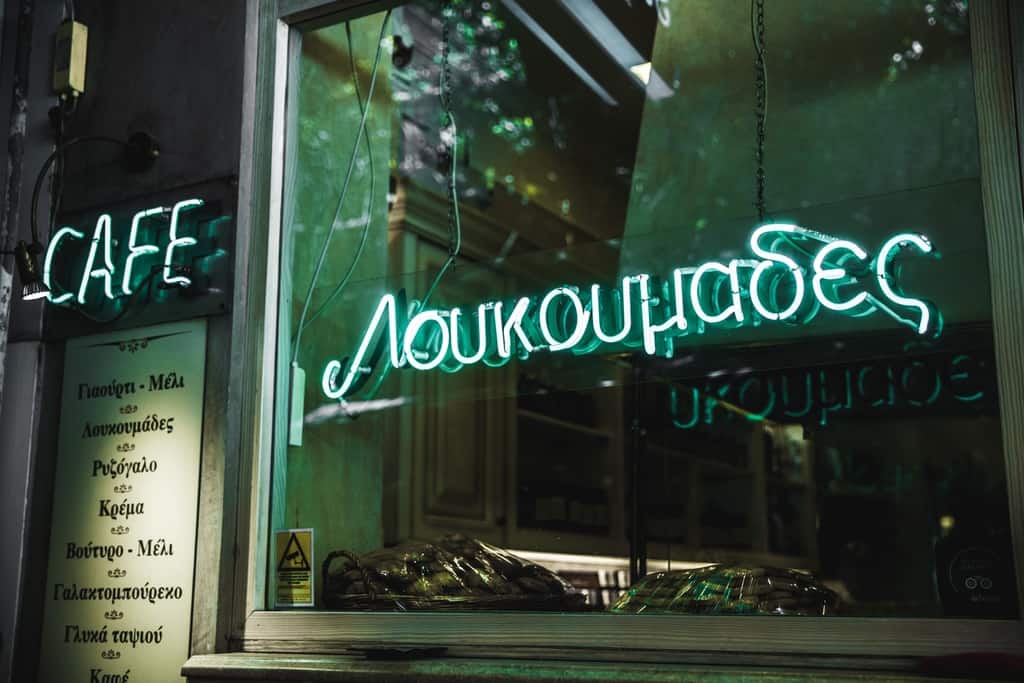 The original history of the loukoumades, aka Greek donuts, is a little spotty with origins tracing back to Greece, Turkey, and Egypt. However, one thing is for certain, these are considered the oldest desserts in the world on record. It has been speculated by historians that these fried donuts were served at the Greek Olympics, but only to the winners. As you bite into a loukoumades, you will taste the crispy and sugary outside, chewy center, warm honey, and cinnamon. The key to getting the best loukoumades is frying them to perfection. 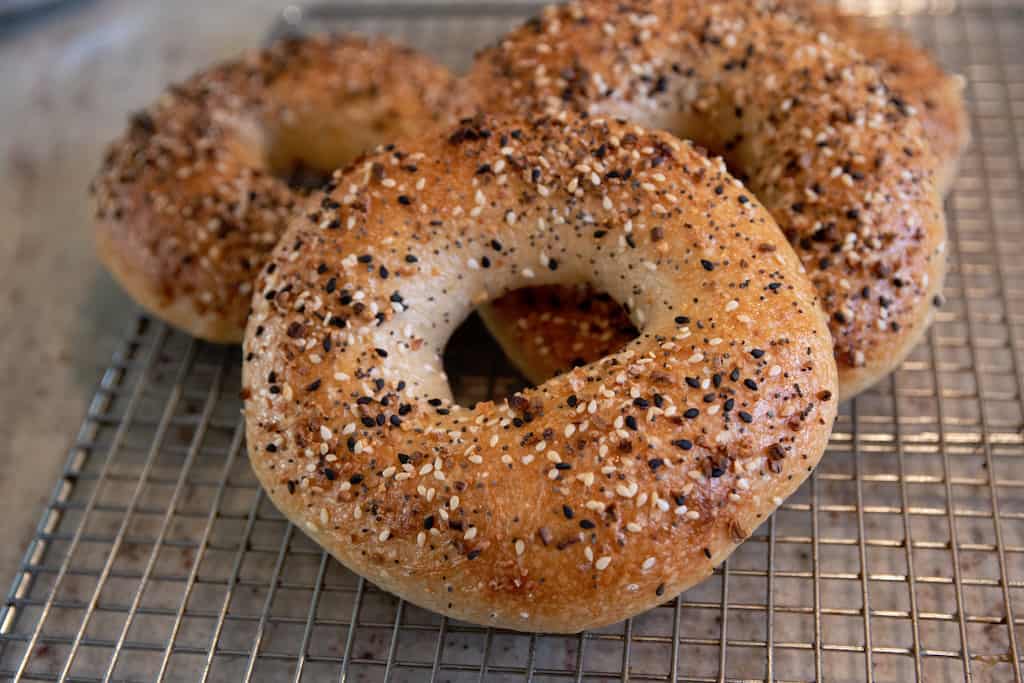 Some of the best cultural snacks come from traditional Greek street foods. This food is a healthy bread ring that has a crispy outside and sprinkled with sesame seeds. This great snack dates back to the Byzantine Empire and the city of Thessaloniki (hence the name). The classic version of this snack is a sesame-seed bread ring but today you can find different versions such as tahini filled and multi-grain. When you find yourself in Greece, don’t forget to buy one of these yummy snacks by local street vendors. 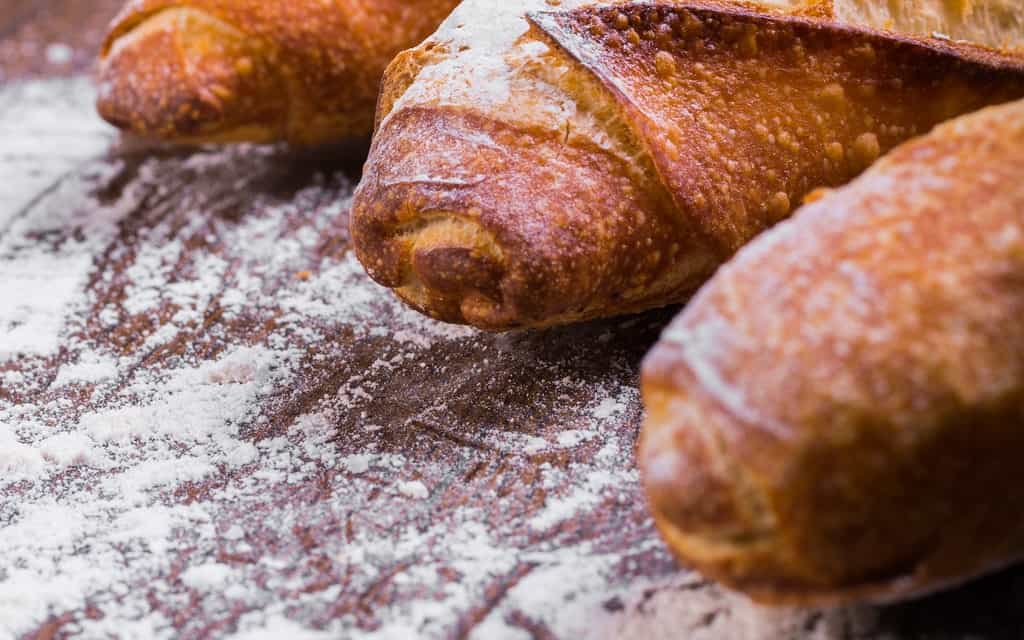 So there you have it, we covered traditional bread, comfort foods, and greasy snacks. We have only hit the tip of the iceberg of Greek bread. Our journey ends here as we discovered ten of the most delicious Greek slices of bread. As you were reading about the olive bread, daktyla, or tiganopsomo, I bet your mouth was watering for a taste of the real deal. It would be nice to head to Santorini, Greece to taste the real versions of these loaves of bread. But, for now, we can make our own or imagine taking a bite of any of these authentic Greek pieces of bread with butter!

Memories of Santorini Island (for when time passes)