Cuenca, Ecuador – Stepping Back in Time

Cuenca,  Ecuador is a UNESCO World Heritage city and the charming, colonial capital city of Ecuador. Going there is like stepping back in time, to another world, quite different from my own world. But, “o what a world it is!” Filled with over 52 churches and picturesque views of the Cajas Mountains, it will charm you.

Cuenca is the third-largest city in Ecuador and lies at around 2,500 meters above sea level. The city has cobblestone streets and quaint old buildings with tile roofs and immaculately carved doors and windows with iron-scrolled balconies. Everywhere you look, the city’s old colonial architecture will charm you. And I love the idea that there are so many churches to explore in a small area of space. So should we retire in Ecuador? 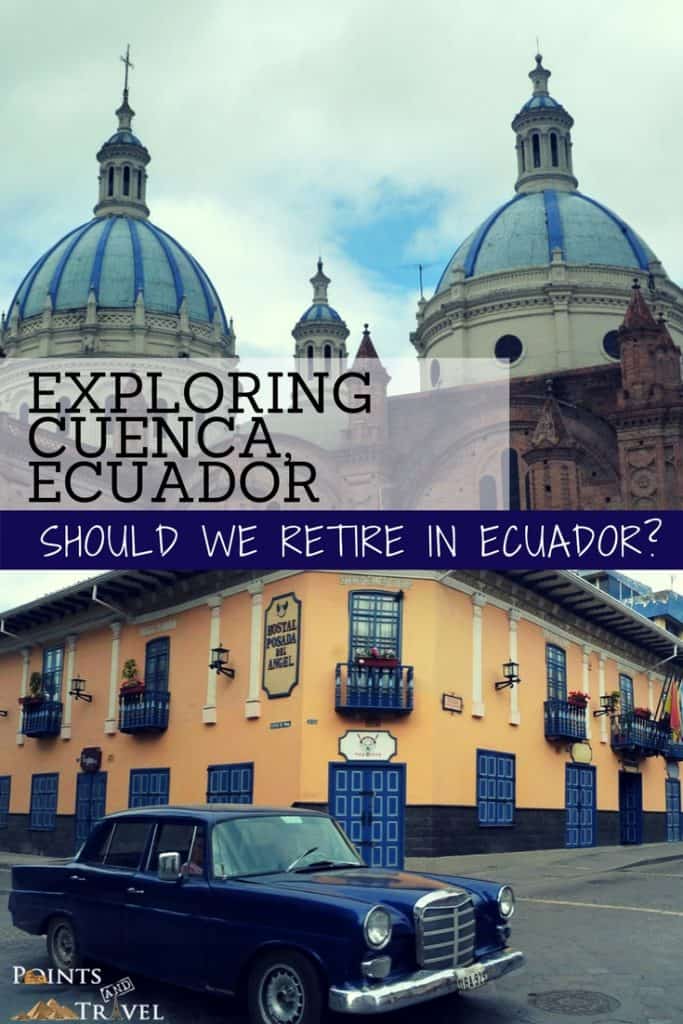 Places to visit in Cuenca, Ecuador

In the main square, called Parque Abdon Calderon, are both the “Old Cathedral”, built in 1557 and the Cathedral de la Inmaculada (also known as the “New Cathedral”) built from 1885-1974! Cathedral de la Inmaculada was planned to be the largest cathedral in all of South America, but some architectural miscalculations occurred so that the final domes could not be built for fear of a collapse of the entire structure.

The Cathedral de la Inmaculada is the church with the beautiful blue-tiled tiled domes with the towers in the photo above. Truly there is no place in the main square where you cannot get a great shot of the cathedral. Literally, this area is the heartbeat of Cuenca, Ecuador. 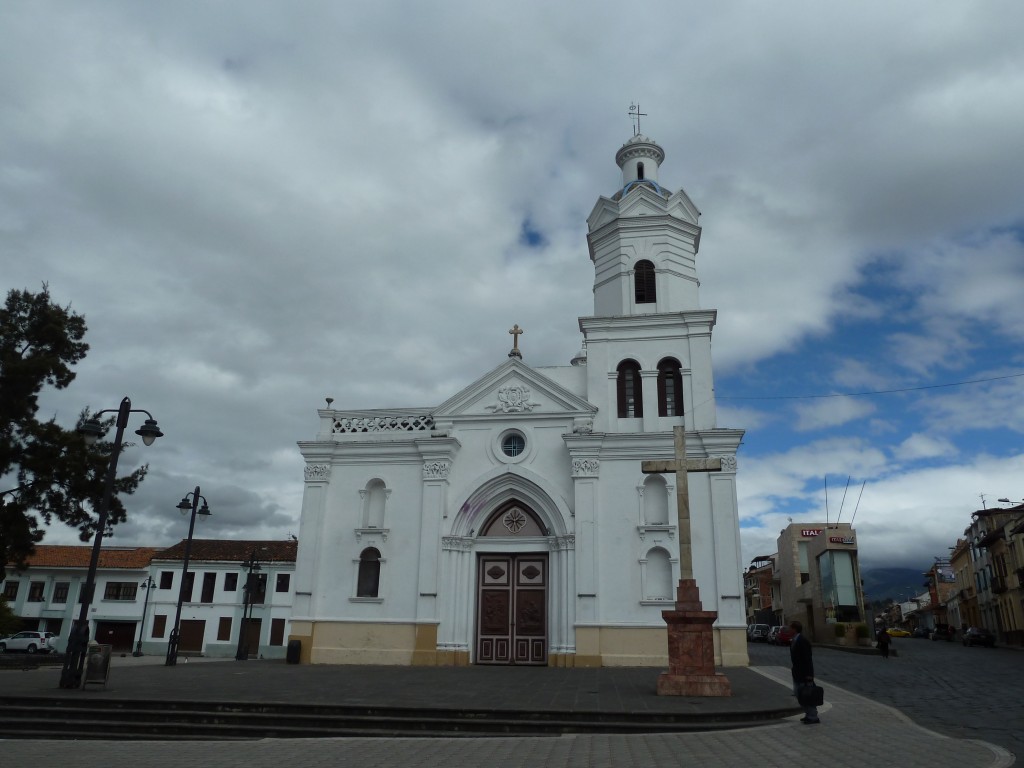 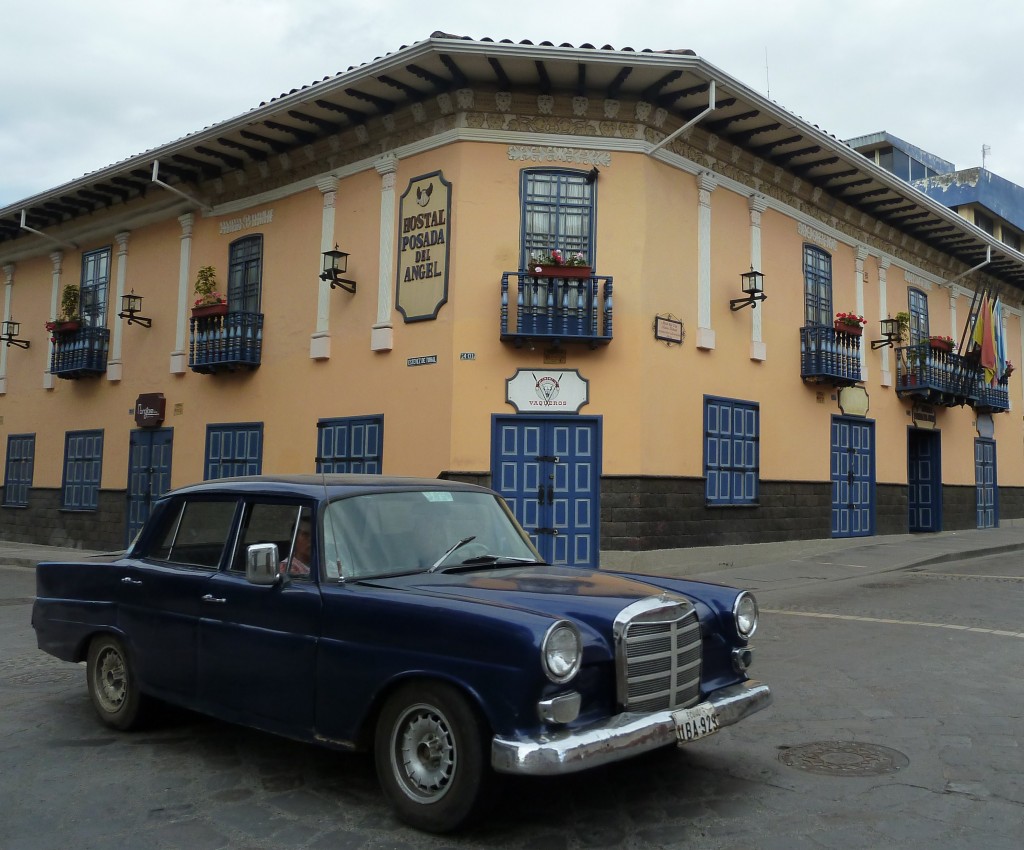 Cuenca, Ecuador has become known in the expat world as the #1 city for expats to retire. But is this a place for you? We were here to find out if we wanted to retire in Ecuador! We all have certain ideas and perceptions that influence whether a community works for us as far as an expat community goes. I believe that each person has to make that decision on their own depending on their wants and needs, as well as evaluating the community itself. I can see many things that I like about Cuenca, including the cost of living, the foods of Ecuador, the stunning old-world architecture, the culture, the climate, and the language.

However, I can also see that are some things that I don’t like as well, like the fumes from the buses (air quality), the slightly high altitude, and the reports of high crime. One thing to remember when doing research about relocating to an expat community is that you are making the decision based on your personal experience. Each of us has differing opinions as to what we want when or if we decide to retire in a different country other than our own. 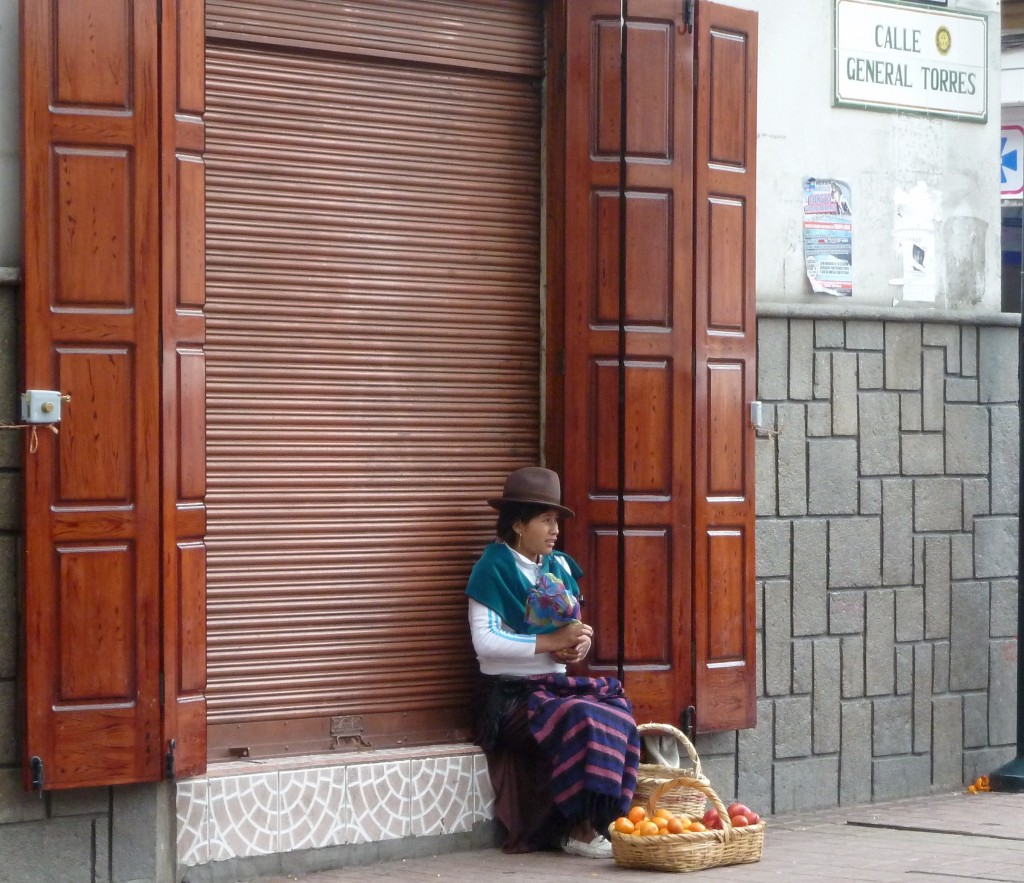 Pros of Retiring in Ecuador:

One major draw to retiring in Ecuador was the city of Cuenca and its’ cost of living. But you really have to love the way of life in order to make it your permanent home and retire in Ecuador. Also, I think some people may be surprised that even though certain things are significantly less expensive, other things cost more than one would expect, so adding up the total of expenses is important when making a decision to relocate. I was completely charmed by the city and recently met a woman who purchased an apartment right on the main square and decided to retire in Ecuador, so I was very intrigued.

However, It is Not for Me

Although I enjoyed my visit to Cuenca, Ecuador, for me, I would say, that Cuenca Ecuador retirement is not for me. The colonial city is a bit slow in the pace of life for this city girl. I am more inclined to enjoy the rhythms of a city where the sounds and the beats evoke more of a Spanish “heat of the night” vibe and less of a “pressed lip Catholic” vibe.

There are so many places in the world to choose from in my search to either retire in Ecuador or live in some other exotic, dynamic country. I have taken the city of Cuenca off my list. It is a decision we will each have to make on our own in our quest to find the quintessential expat town, as each of us has our own idea of what we are looking for.

I know people who have bought a place here and are extremely happy with their choice. Let me know if you need recommendations on places to stay, as I have a few recommendations, depending on your style, comfort, and budget or you can check here for many great options. 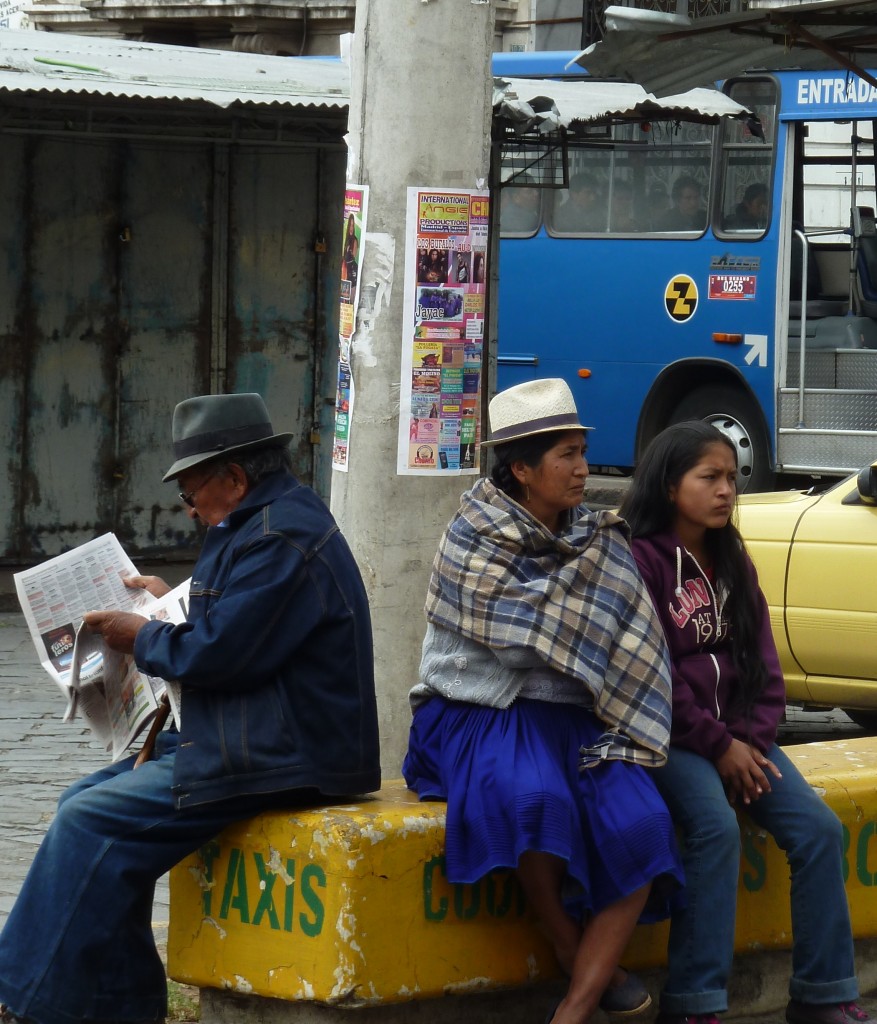 How to Get to Cuenca, Ecuador

Cuenca doesn’t appear to have a good network of international flights as it’s home to a small airport with limited flights. We flew into Guayaquil and took a private van along the Pan-American highway. Apparently, there are many buses that make this route daily and they appear to be the easiest way to reach Cuenca. The drive time is approximately 3 1/2 hours.  There are also buses that run to Cuenca, Ecuador from Quito on a daily bases, but it is more than a 10-hour journey! Yikes! 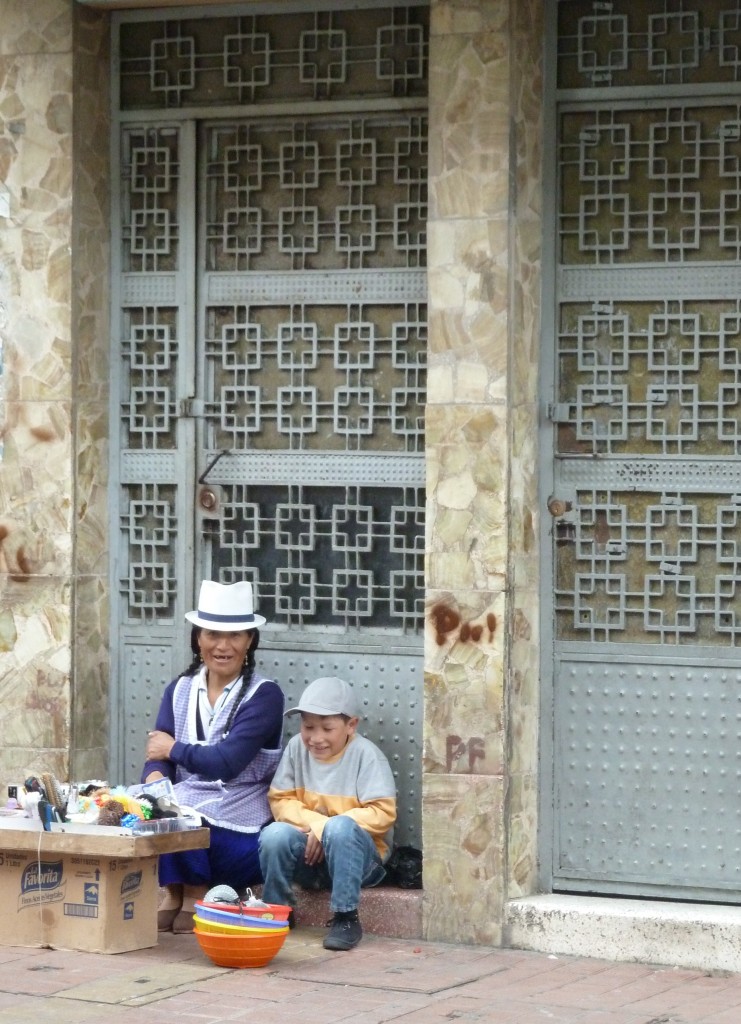 Things to do in Cuenca, Ecuador

In the main square where the Cathedral de la Inmaculada is, you will see the double-decker sightseeing bus. This is a good basic start to see the main stops and get a feel for what the city is like. You can take the North or the South Loop. Although I recommend the South loop is better, you can do both if you like. The guides on the double-decker bus will also teach you a little bit of about the history of Cuenca and take you to the final look off point where I took the photo below. Look at this view, it is simply gorgeous! 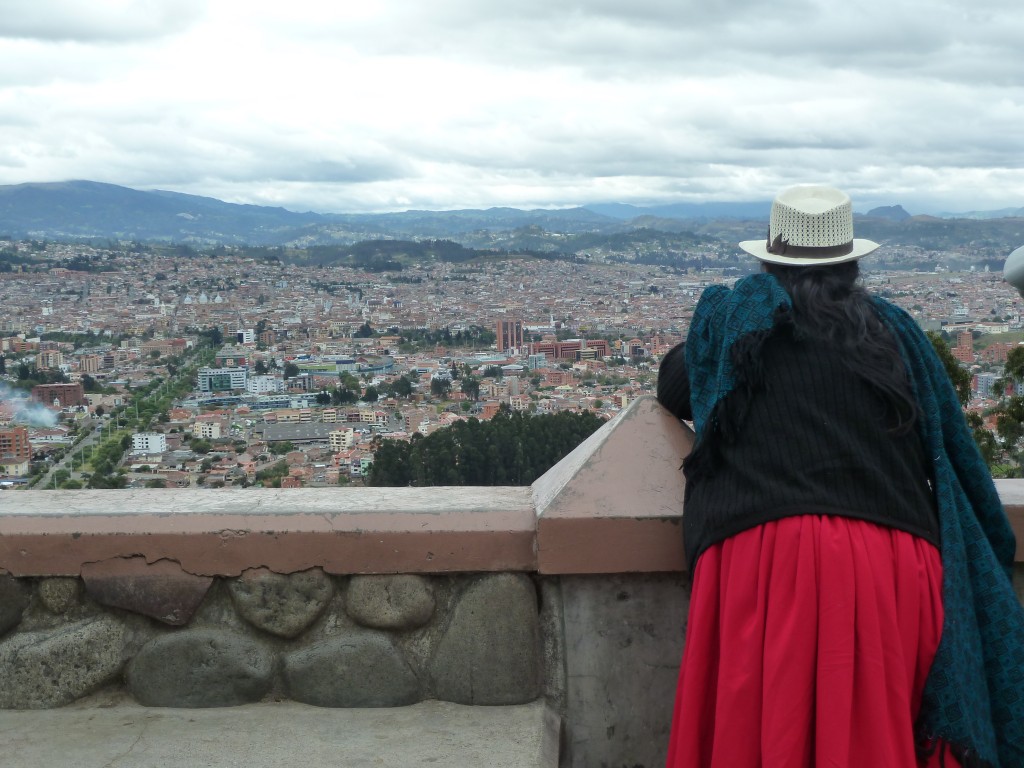 Look at this view and decide if you want to retire in Ecuador!

Other popular attractions are The Markets in Cuenca, Ecuador. Our guide spoke to us about each of the different markets I mention in that article including the Plaza San Francisco, the Plaza Rotary, and the Feria Libre. He also mentioned the various museums, everything from the story of Panamanian hats (more like a hat store) to the Museum of Medicine, the Museum of the Aboriginal Culture and even the Cuenca Museum of Modern Art.

I am definitely not a museum person but found that the Panamanian hat store and the Museum of Medicine (since I was a Chiropractor in Phoenix, Arizona for 22 years) super interesting. The Modern Art museum helps out the local artisans, which is a good thing. 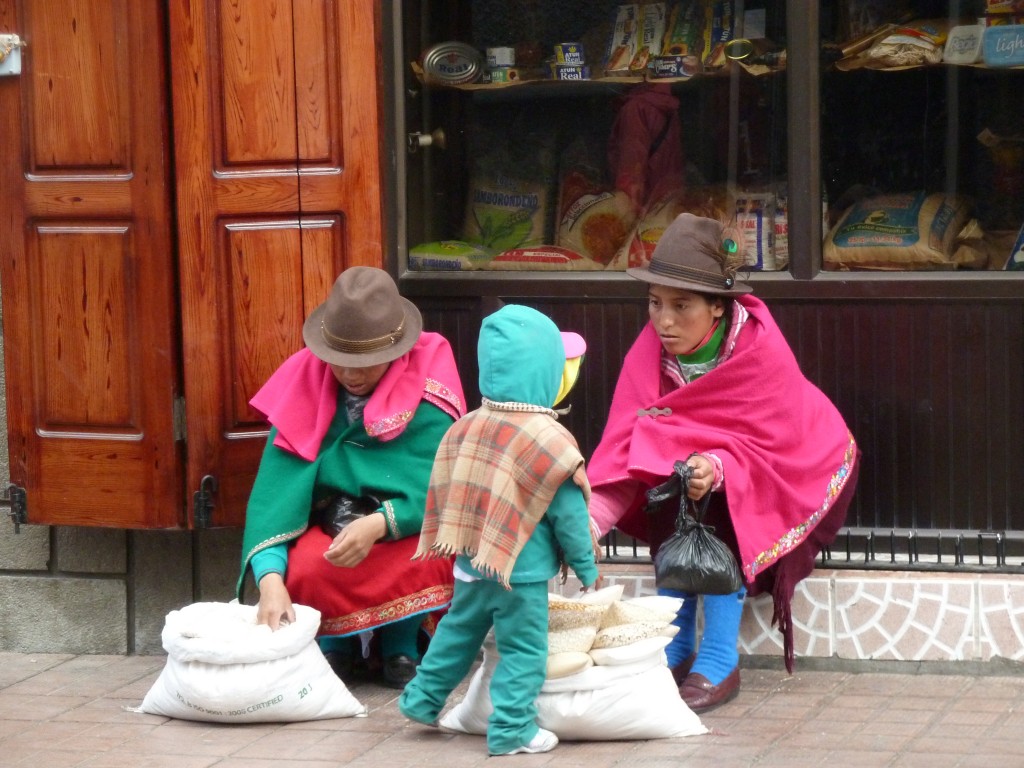 This post is the #1 post in a series of posts regarding taking a trip to Ecuador (and making a decision about retiring in Ecuador):

Post #1:  Should We Retire in Ecuador? Exploring Cuenca, Ecuador

Post #6:  Quito: A Visit to the Middle of the World

Have you thought about going to the Galapagos Islands since you are in Ecuador?

What is it really like to be on an Ecoventura Yacht in the Galapagos?