Top 7 Things to do in Genova Italia 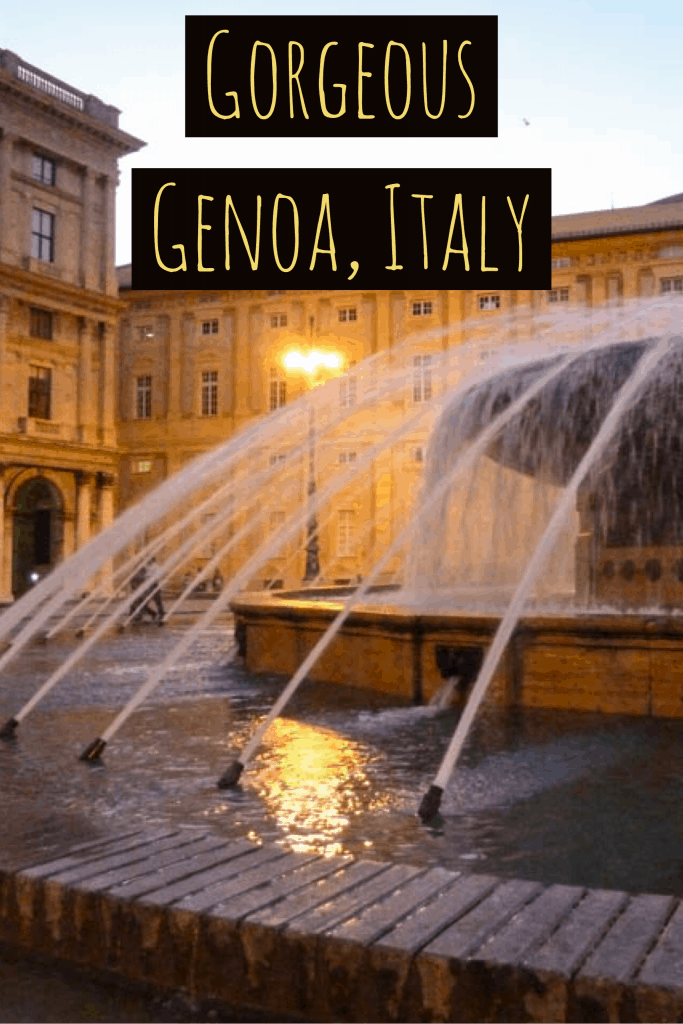 I fell in love with the Liguria region where Genova, Italia (Genoa, Italy) is located. It is squeezed in between Monaco and Tuscany and is the thinnest and the smallest of all the regions of Italy. It may not be the most popular area or an area you think of when it comes to a visit to Italy, but take it from me, you will want to come here for a visit!

The main airport to get to this region is via Genoa or Genova (as the Italians say). I don’t know if you realize it, but there are different ways to spell Genoa. Genoa is the English way to spell it and Genova is the Italian way to spell it!! It is a gorgeous city to stay for a while, so don’t overlook it because you want to get to the coastline. The lack of tourists and the ease of which you can get around, as well as its delicious Italian food,  are a few great reasons to come to Genova. Plus, of course, the beauty of the region and its people. 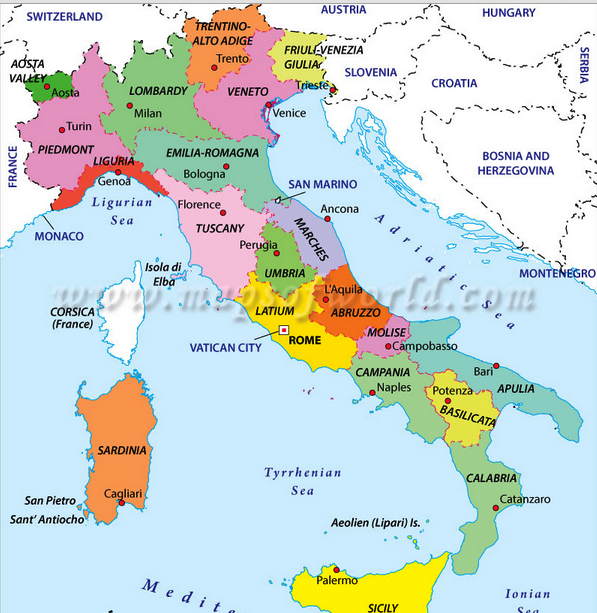 Map of the Regions of Italy

Don’t speak Italian?  Don’t worry.  I don’t either, and I managed to get around and you can too.

✦ How to get to Genova, Italia – Airport

Genoa is one of the easiest airports to fly into in Italy. The smaller airplanes arrive out on the tarmac, then a quick trip inside to baggage claim and out the front door for transportation in only a few minutes. From here, depending on your budget, you can take a cab to your hotel directly or take the bus, which stops right outside the door to the main train station. I usually just catch the bus and just go directly to the train station, since it is simple when I am alone, but if you are with a group, then I recommend a cab. At the train station where the bus drops you off there are cabs right out in front and from here it is a quick jaunt to the downtown hotels (which saves you a bit of money but takes a bit more time than the direct taxi from the airport). I don’t know about you, but once I have arrived from an overnight flight, the first thing I want to do is go directly to my hotel and get checked in. 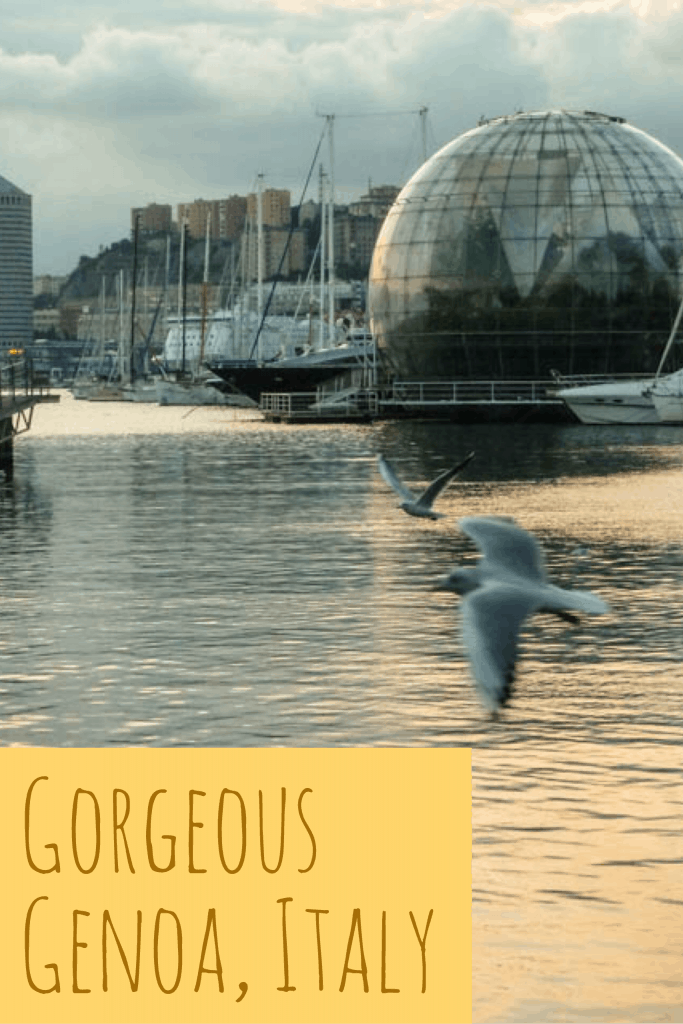 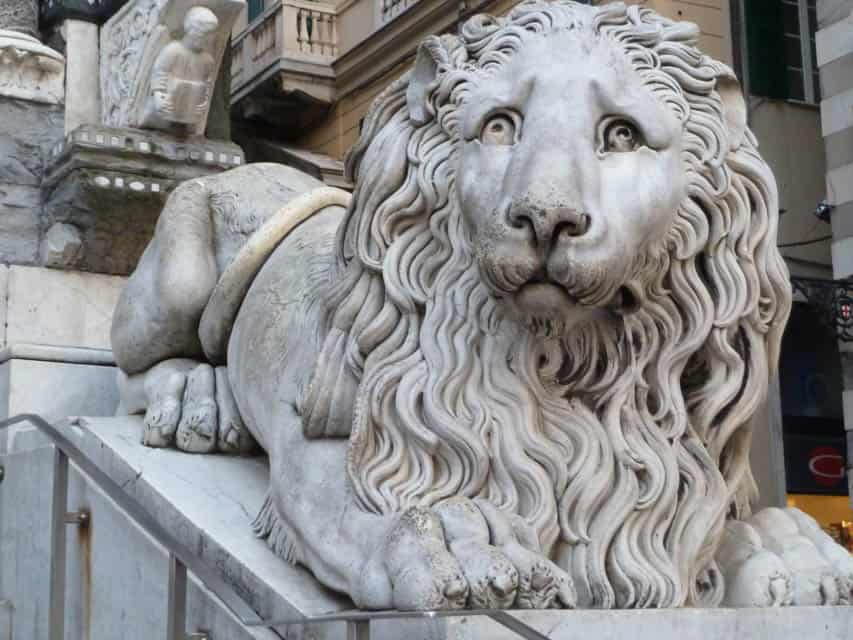 ✦ Genova, Italy: Where to Stay?

I recommend the BW City Hotel, ask for their penthouse suite!  You can check out my review of this amazing hotel here.  Although it is not a classic interior-designed hotel, having modern décor, it is in the perfect location for your trip to Genova, Italia. You can read more about my wonderful view from the article mentioned above.  If you get a chance, you can eat at Le Rune, Genoa, Italy, which is just around the corner.

I also recommend the Grand Hotel Savoia, which is located right beside the main train station.

The two hotels alternate between the #1 and the #2 choice of hotels in Genoa on TripAdvisor and both are excellent choices. I do prefer the BW City Hotel’s location, but it is a modern hotel, whereas the Hotel Savoia is like stepping back in time, into an old-world hotel. So you decide what you prefer. 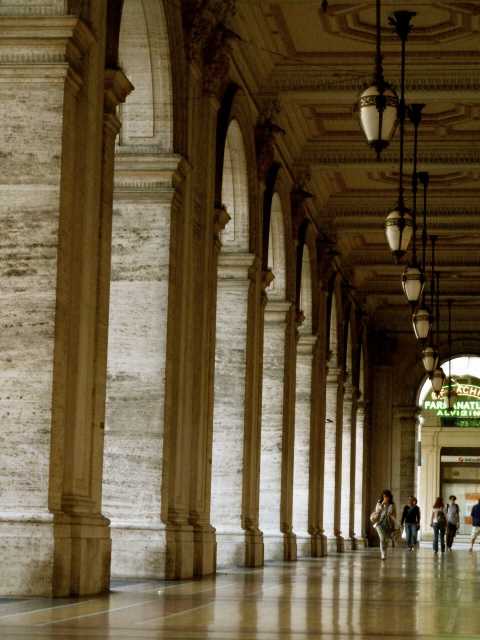 Get to Genova, get checked in to your hotel and figure out the lay of the land.

✦ Genova: Get the Genoa Pass

Before you get started, you can buy the Genoa Musei,  which will let you ride public transportation in Genoa. These can be purchased in the tiny newsstand-looking business across from most of the bus stops or online. Included in the price of the ticket is the train to Nervi and the lift for the funicular for 24 hours in Genova. You can read more about the pass on the link mentioned above. 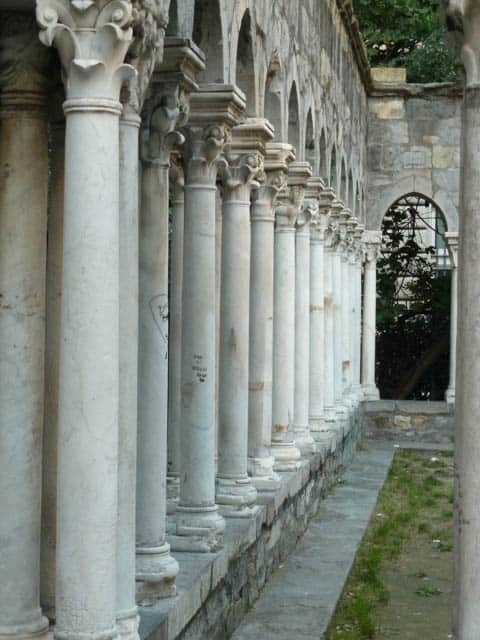 ✦ Things to Do in Genova, Italia: 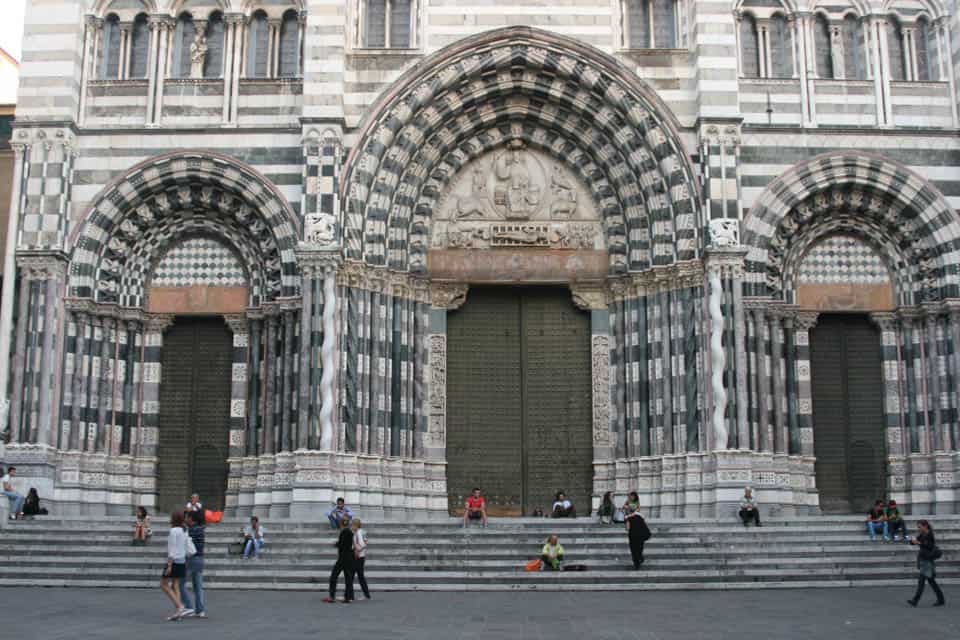 Make sure to spend some time on the streets of Genova, Italia:

✦ Genova, Italia: Things to Do:

✦ Things to Do in Genoa, Italy:

✦ Genova, Italia: Things to Do:

✦ Things to Do in Genova, Italy: 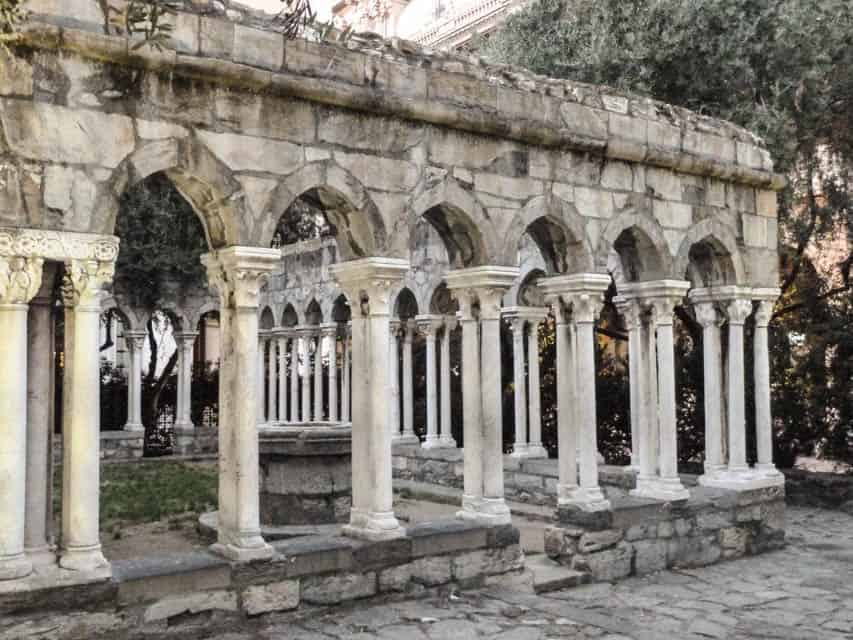 If you haven’t had a chance to go to any Genoa, Italy beaches, NOW is the time to do in. In fact, plan your summer vacation and find your way to these gorgeous beaches! They are completely different than the typical beaches you find in the USA.

Take the bus or cab out to Bocadasse, an old fisherman’s village in the city.  It has lots of fishing boats and people lounging by the sea,  Fun for an afternoon to get a gelato. Take the #31 bus to Bocadasse (2.50 Euros), tickets are across the street in the store near where #31 bus stops, which is near Christopher Columbus’ house.

Take the train out to Nervi, for a day trip down the Passeggiata Anita Garibaldi (promenade), which is named after the wife of the famous General.  Walk along the lovely boardwalk either direction to the end and admire the beautiful Liguria sea as it snakes along the coast for about a mile and a half.  Once you have had enough sea and sun, you can walk through the charming alleyways into the center of Nervi for typical Italian food and drinks.

There is so much more in this region, but it is time to move on and take the train to Portofino, via Santa Margherita. Here you should stay at the Hotel Splendido and use it as your base for day trips around the region to Camogli and Santa Margarita. After exploring this region, you will then want to take the train to the Cinque Terre region where a whole other adventure awaits you.

Then while there, eat here: Chuflay!

You will fall in love with Liguria, I can guarantee it! 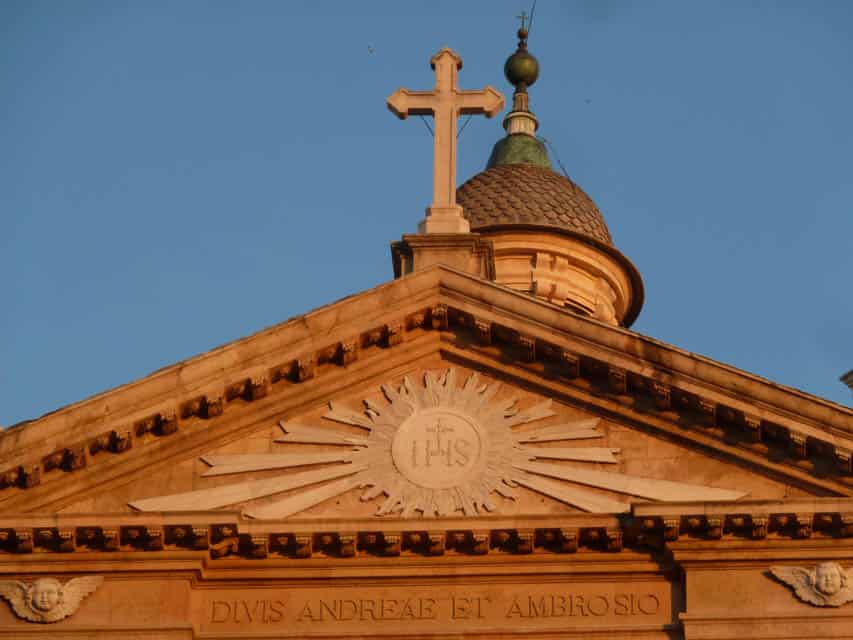 Recommended Reading for Another Region of Italy:

Disclosure: As is common in the travel industry, I was provided with accommodations, meals and other compensation for the purposes of review by BW City Hotel. While it has not influenced my review, PointsandTravel.com believes in full disclosure of all potential conflicts of interest. All Photos were taken by the author/or were given permission from the photographer. Affiliate links may be located in this article.