The Magnificent Masselina Estate and Their Gentle Women of Faenza, Italy 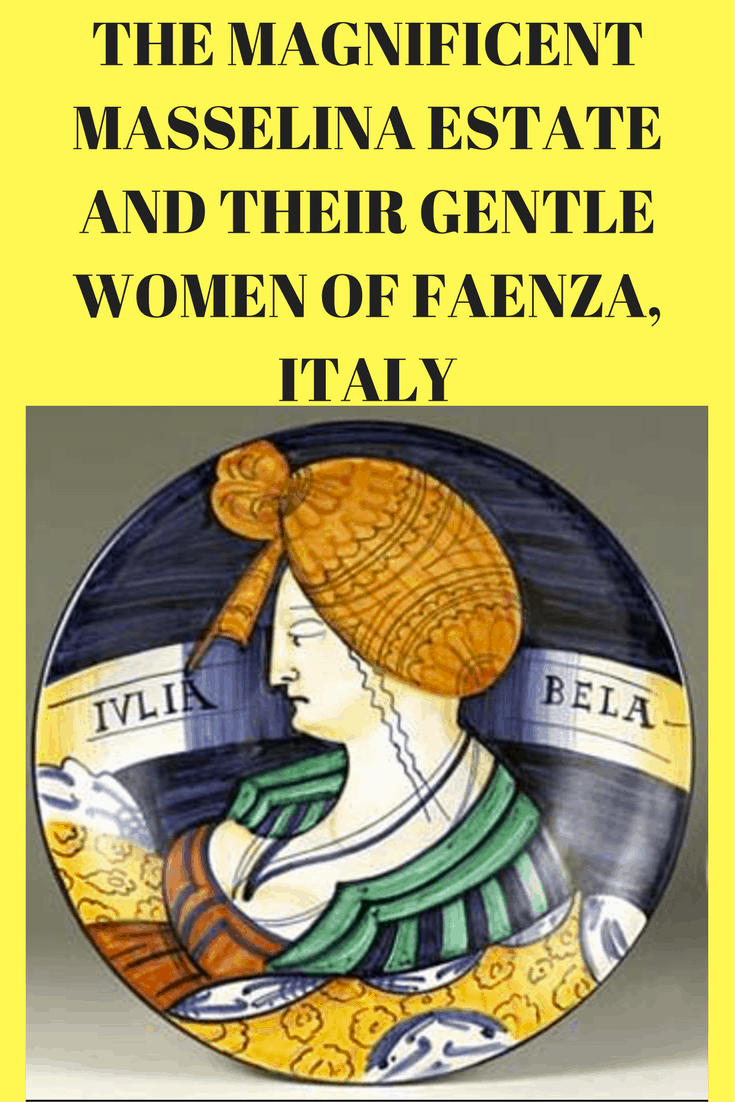 I had a wonderful opportunity to visit a winery while on my visit to the Emilia-Romagna region of Italy.  It still amazes me, even today, that a woman, Ruenza Santandrea, is the “Presidente” of Gruppo Cevico vini Romagnoli, the company that owns the winery in the area of Castel Bolognese called Tenuta Masselina. 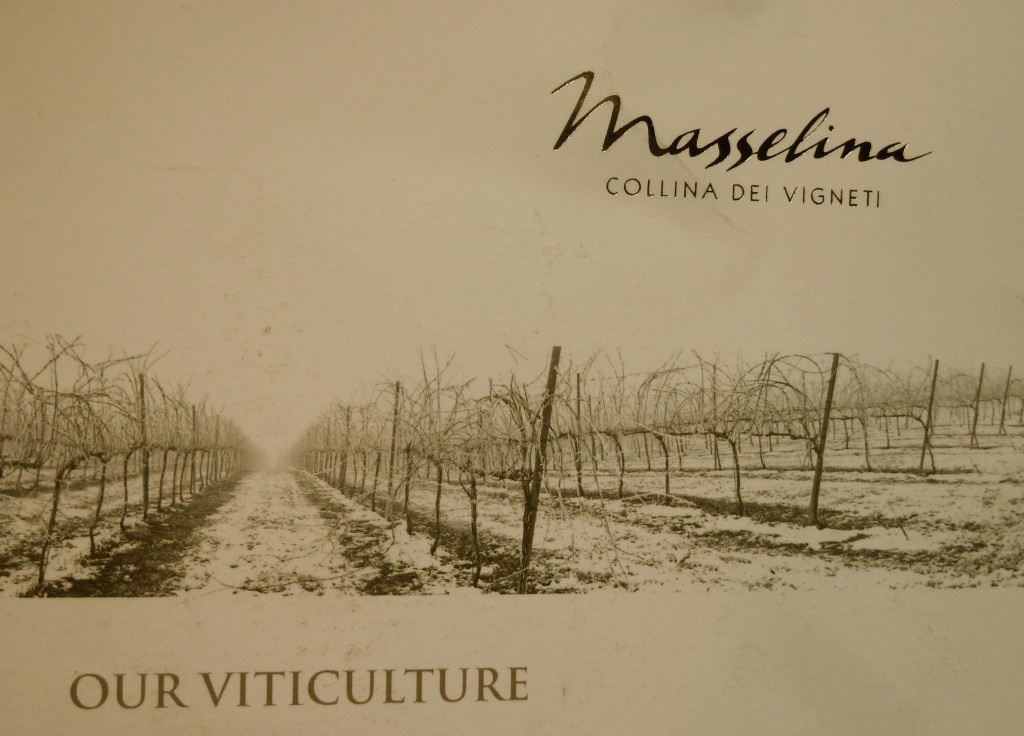 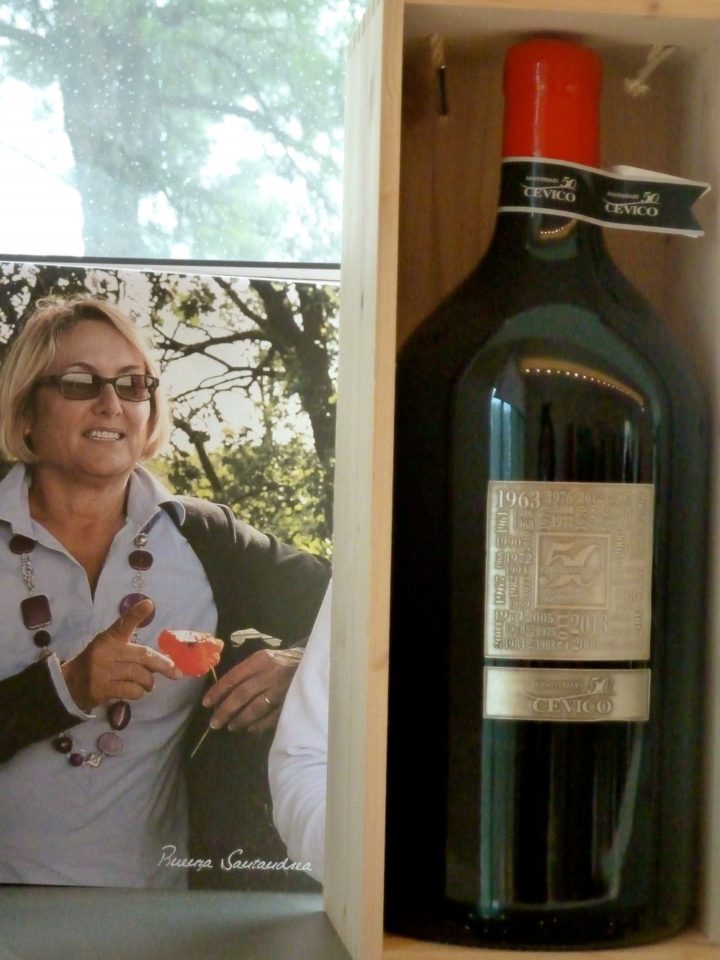 Since I was fascinated by the ceramic logo on the wine bottles of the more prestigious wines at Tenuta Masselina, I had to do a little research on them. 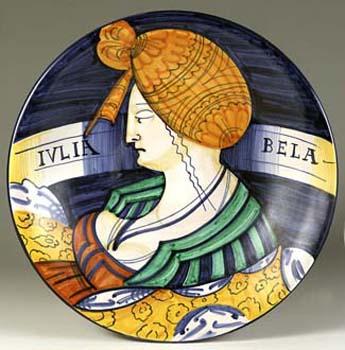 As it turns out, Ms. Ruenza is from a small village not too far from the vineyard named Faenza, where there has been a ceramics factory since the first century BC, as indicative of the activity related to the clays of the river Lamone on the banks of the village. It is a special kind of richly colored ceramic called “glazed faience” or “majolica”.  The quality of this glazed pottery is made opaque by oxides from tin. The very name faience, comes from the Romans who developed this region and has become synonymous with ceramics (majolica) in various languages, including French and English. 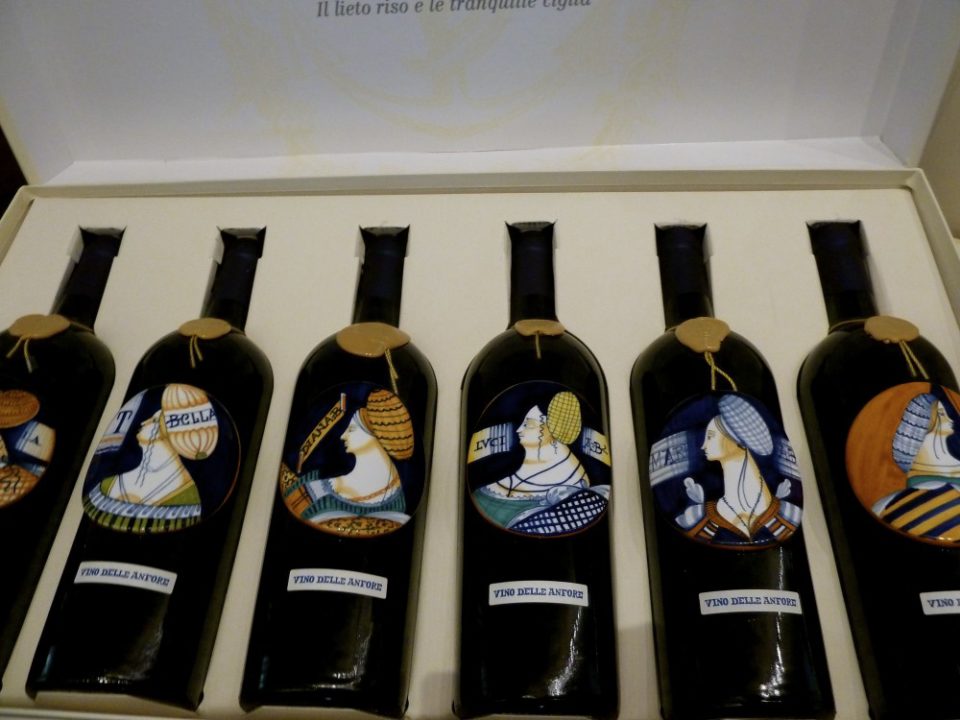 The ceramic “labels” on the bottles are reproductions of the “gentlewomen” or faces of the women during the Renaissance period, known as “Delle Gentili Donne di Faenza”, which means “gentlewomen of Faenza”.  Each one is made by hand in Faenza.   Each bottle has the face of one woman with the name shortened to the last initial to pay homage to these young women, such as Bella T. or Lucia B., each with a front-facing bust, but the face in the profile facing left.  These paintings depict women as a gesture of courtesy, love or nuptial homage.  These are idealized conceptions of women and their faces are as expressed commonly by the Italian majolica during the Renaissance period. 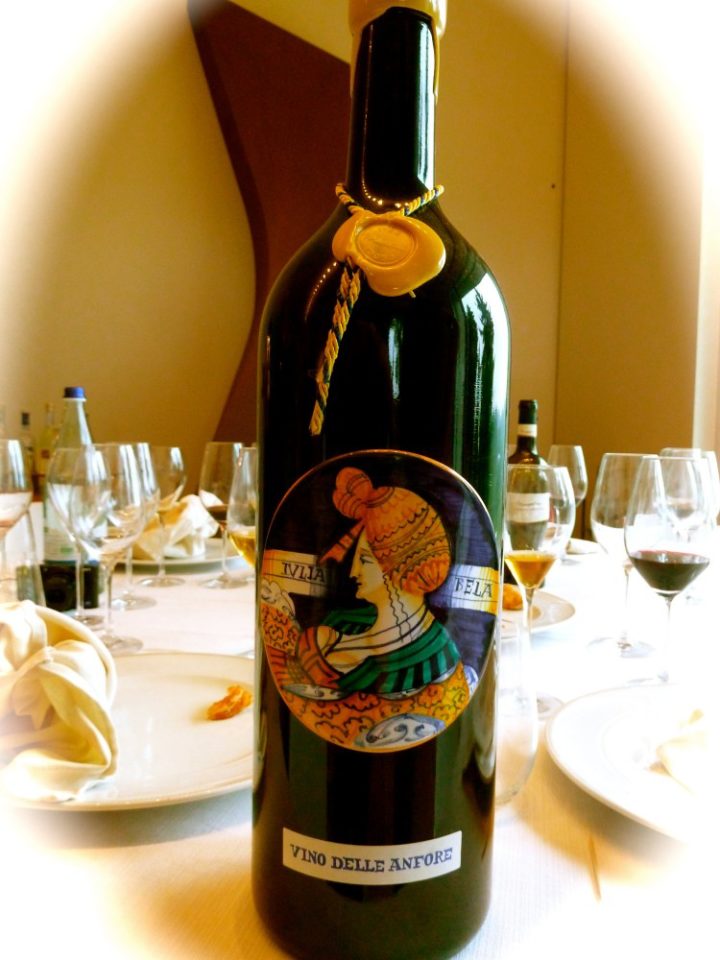 The Manfredi family, which ruled Faenza in the 14th and 15th centuries, enriched the ceramic with works of art and architecture, including buildings from the Renaissance- style Cathedral, the Governor’s Palace and the International Museum of Ceramics. It is this museum that now houses piece from all over the world, where there is a rich section that is dedicated to Faenza pottery during the golden age of the Renaissance. 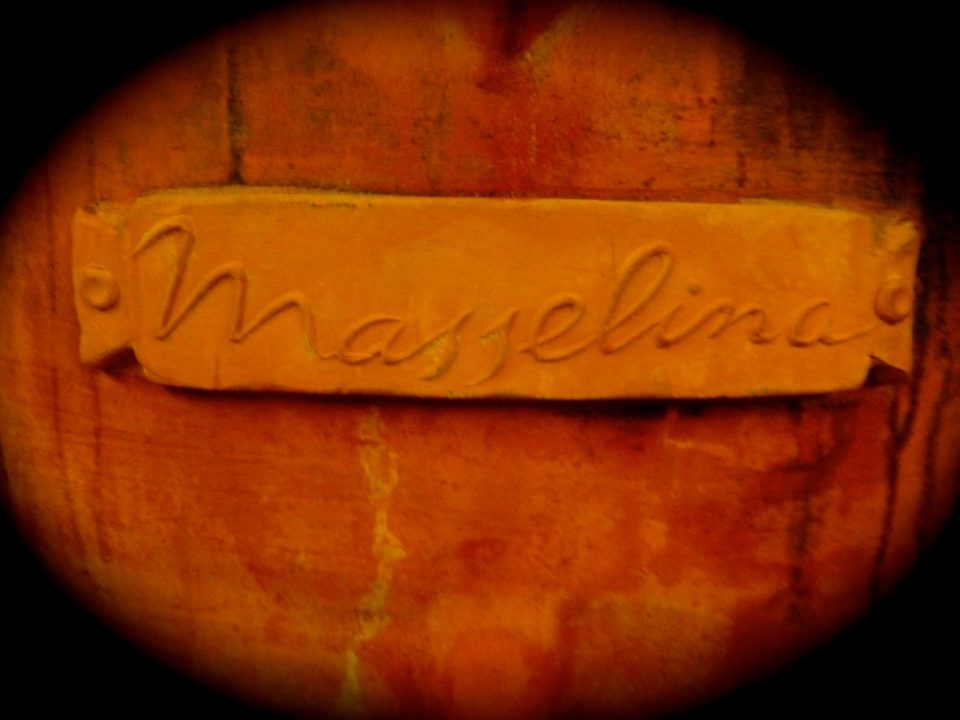 So you can see the great influence that was put on this little girl Ruenza Santandrea growing up in a village rich in culture and history of the ceramics.   It makes sense that she would now as a grown woman, use this as the “label” for her specialty line of wines at Tenuta Masselina. 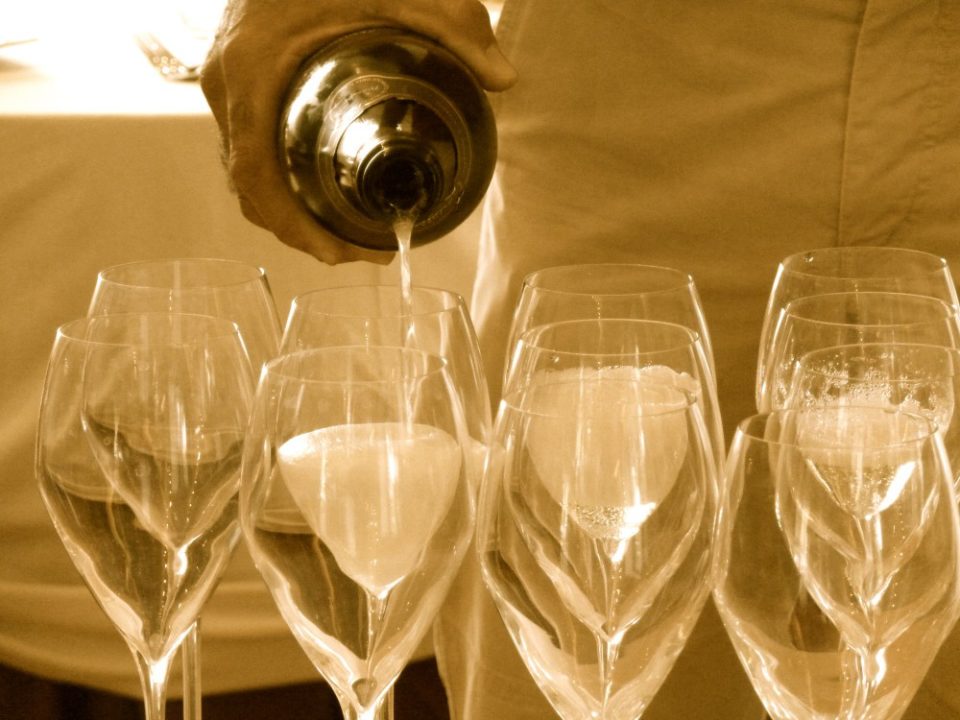 And not only that, this winery sits at the precise point of the encounter where Romagna and Emilia meet (this the collision of the Byzantine and the Longobard cultures). 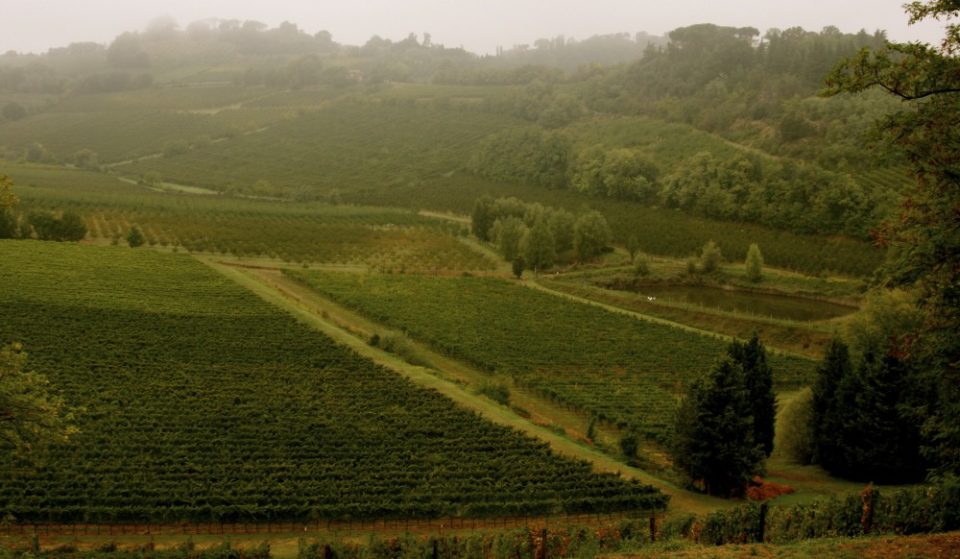 At more than 150 meters above sea level, it is the ideal exposure for many hours of sunshine, yet cool temperatures for the grapes to percolate. 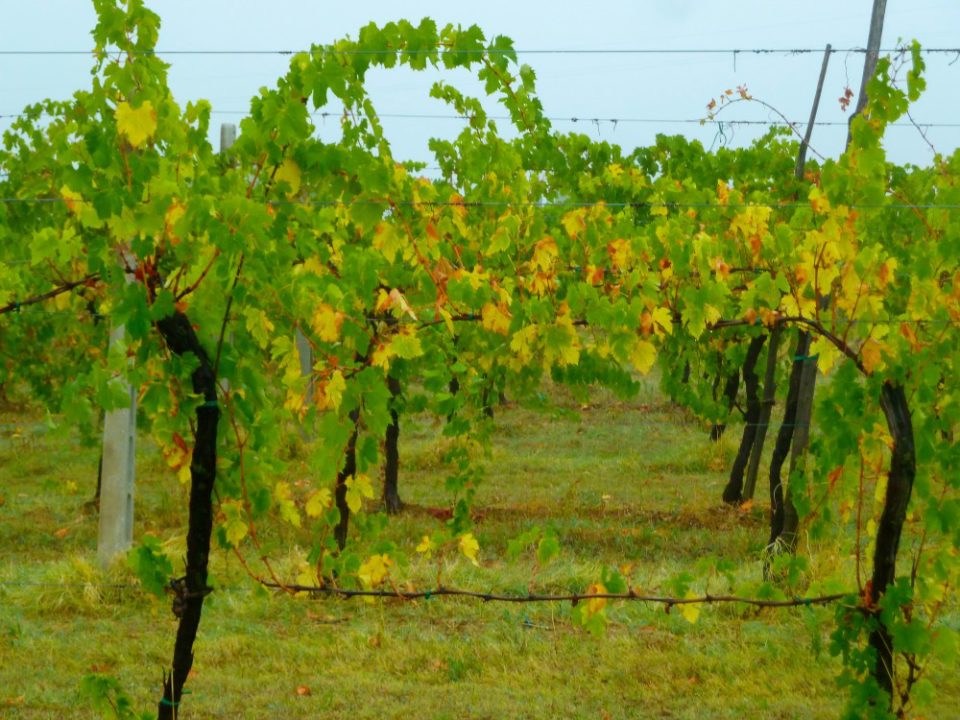 The vines planted here are Sangiovese and Cabernet Sauvignon for the red grapes and Chardonnay, Trebbiano and Pignoletto for white. 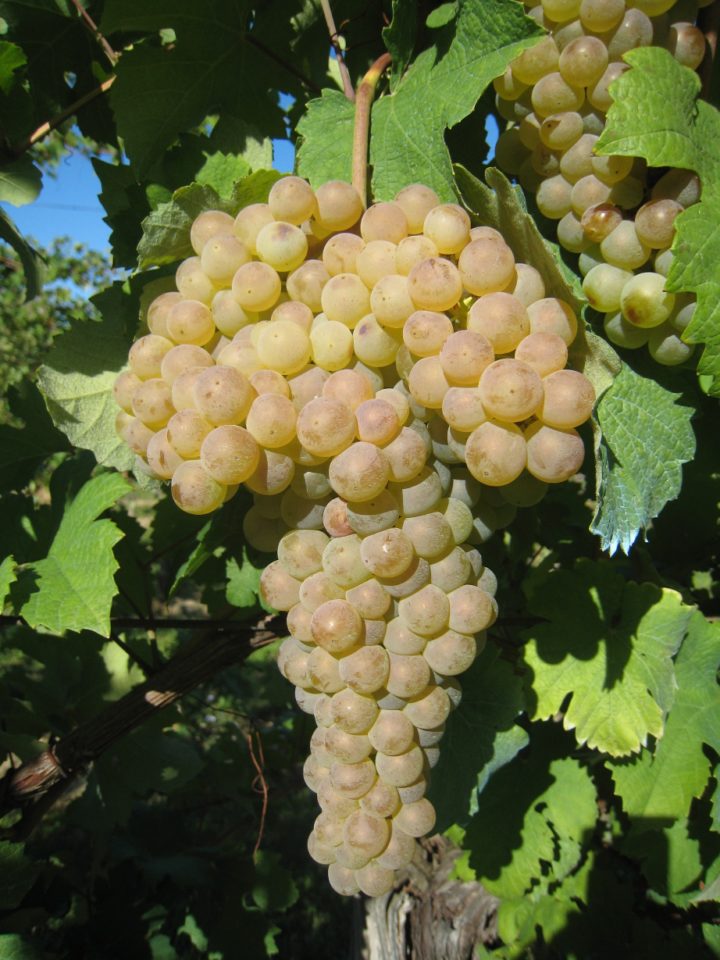 Sangiovese is a very popular red wine from this region, that I heard repeatedly during my visit there. 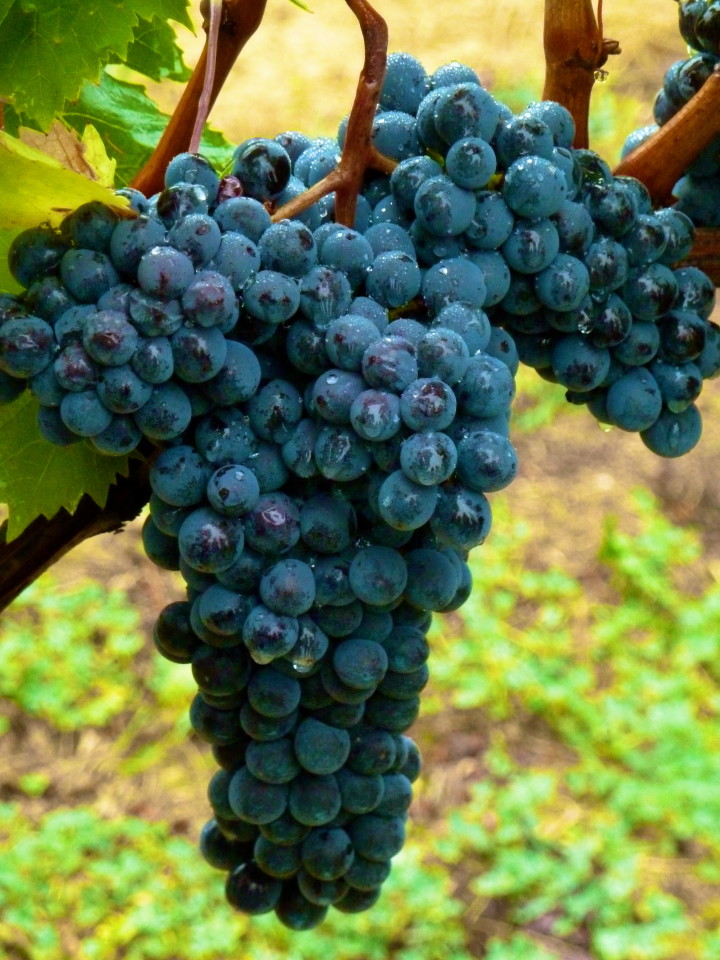 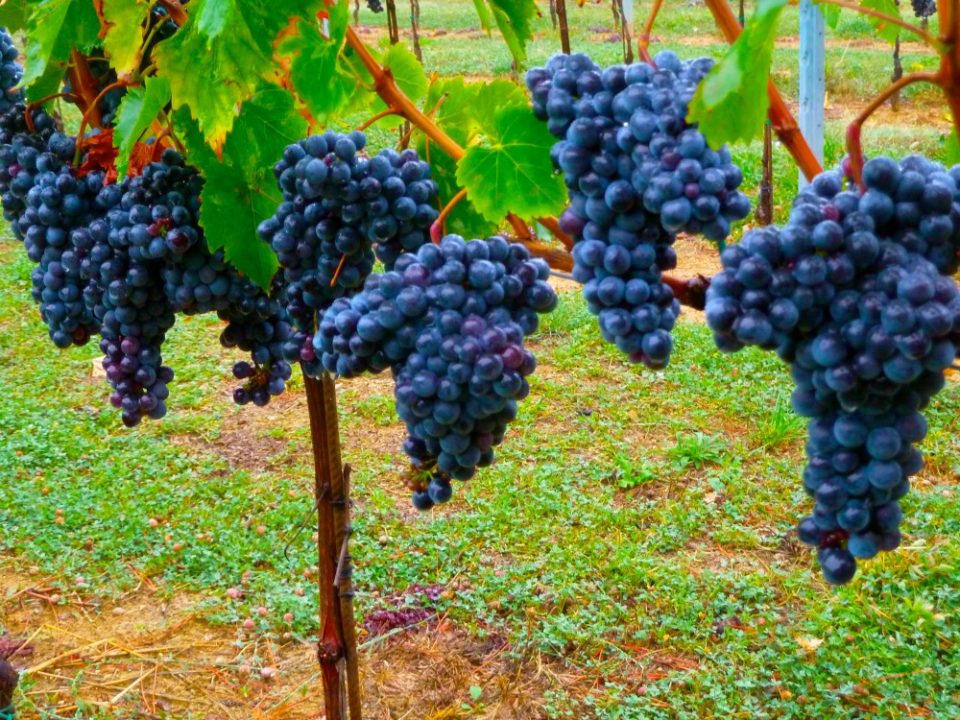 With its rich history of the Romans producing wine 10,000 years ago, as during this time it was a very important drink for the soldiers, the employees of the winery believe that most likely, their wine was “bad wine, almost like vinegar.”

Since that time, wineries have used the oak and clay techniques available today to create such magnificent wines that we know. 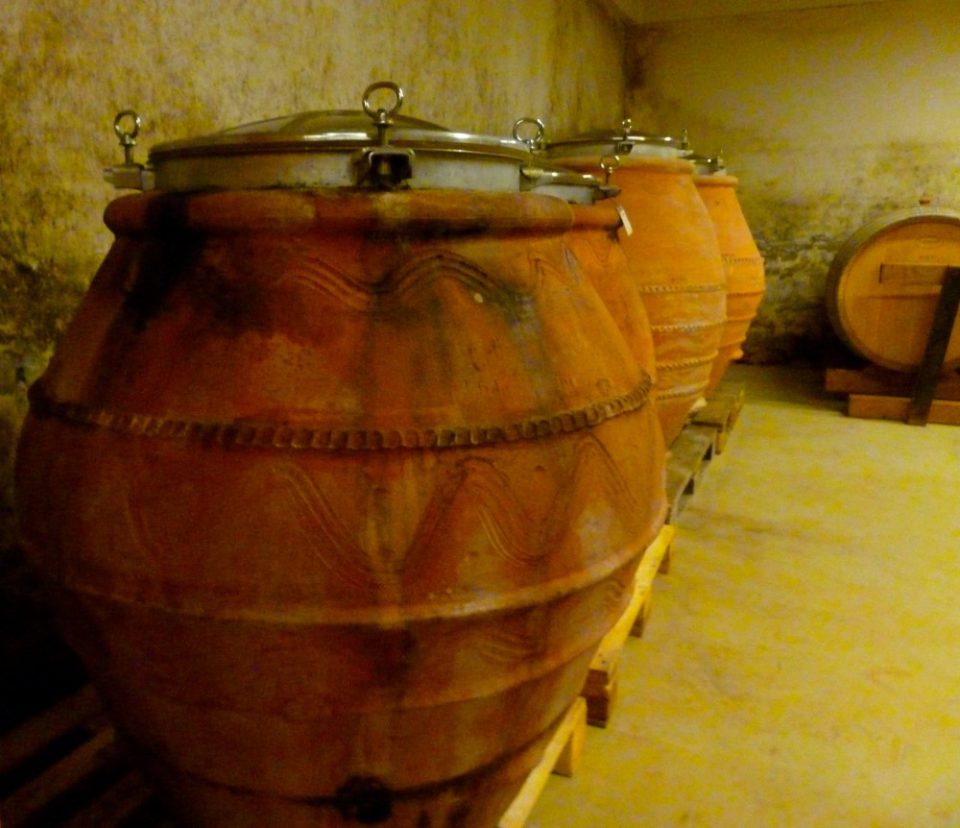 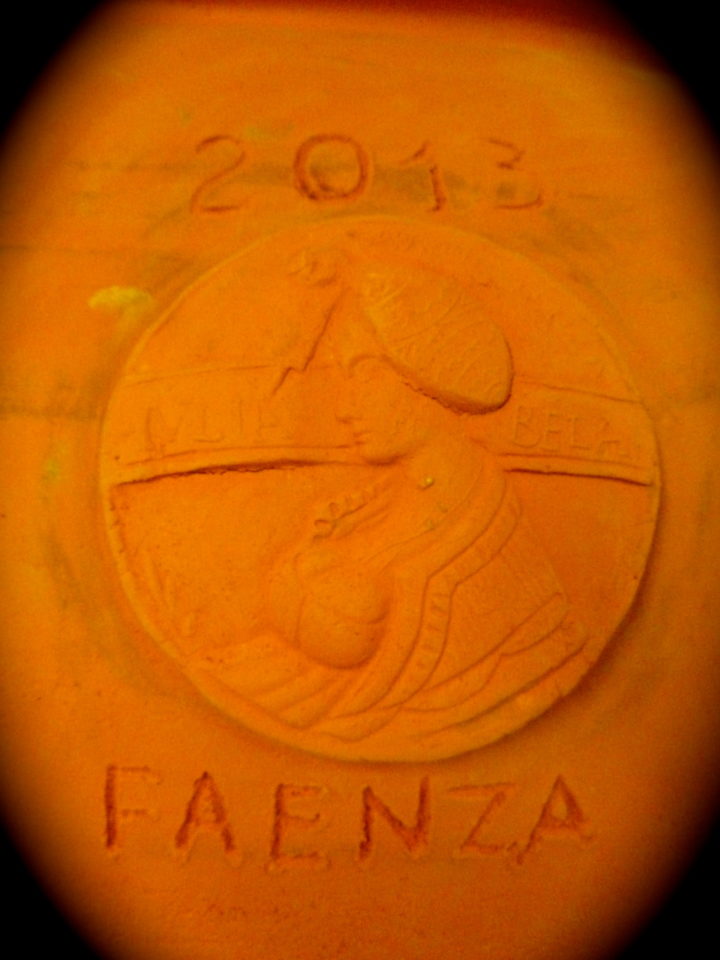 It is the reflection of these age-old traditions, culture, religious inspiration and evolutions that the wines of Tenuta Masselina are produced.

Each one with its own particularly shaped bottle, depending on which grape was used. 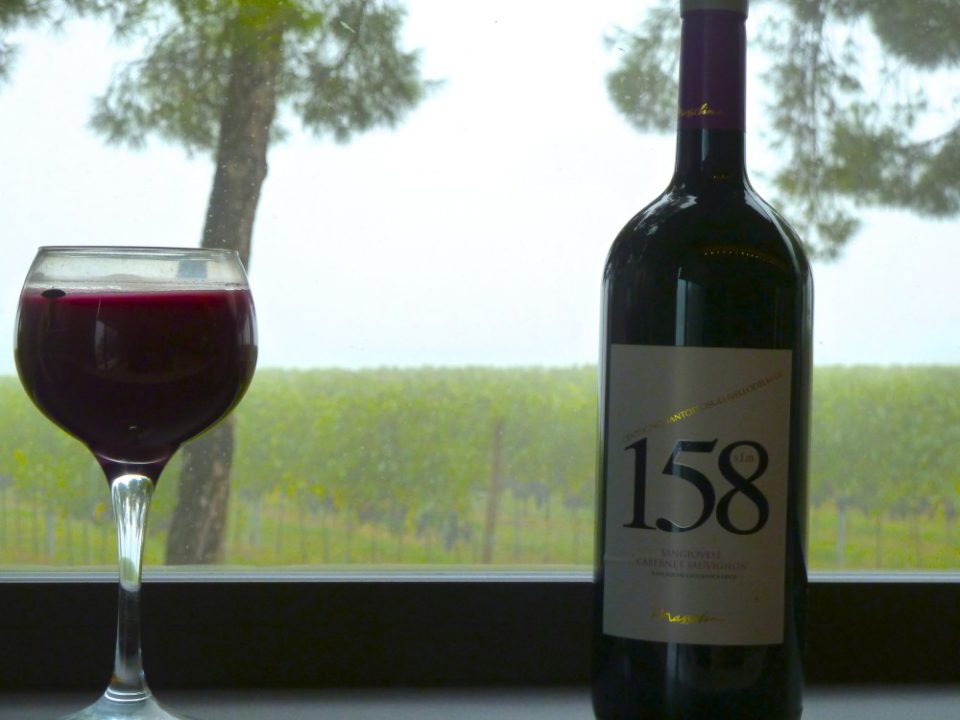 It was a lovely day at the winery in Castel Bolognese! 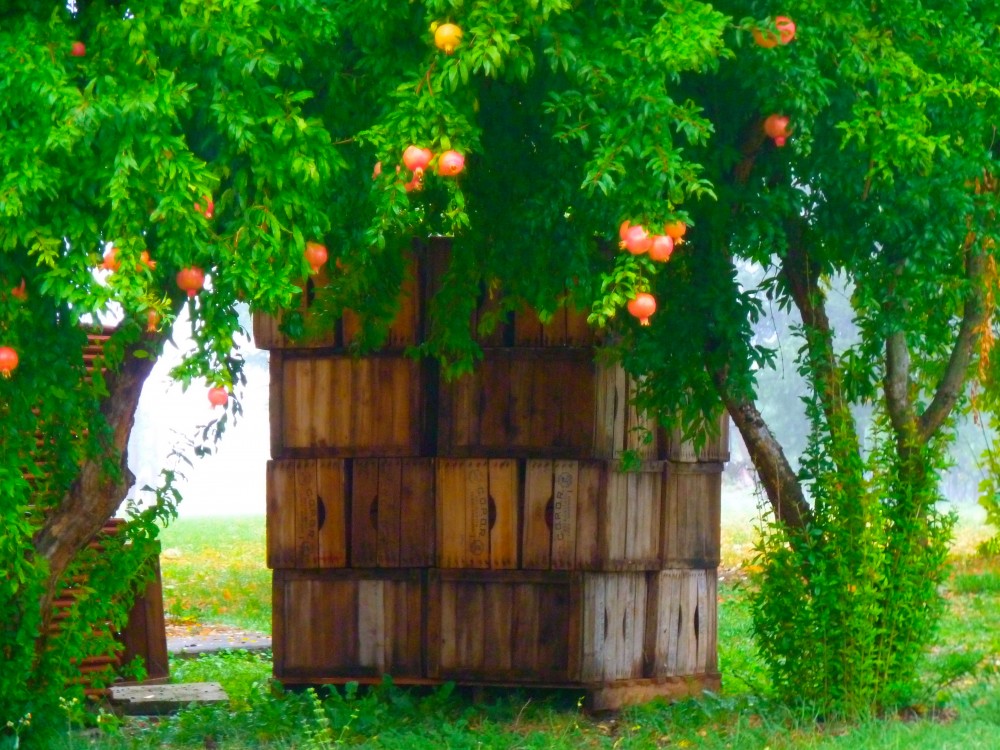 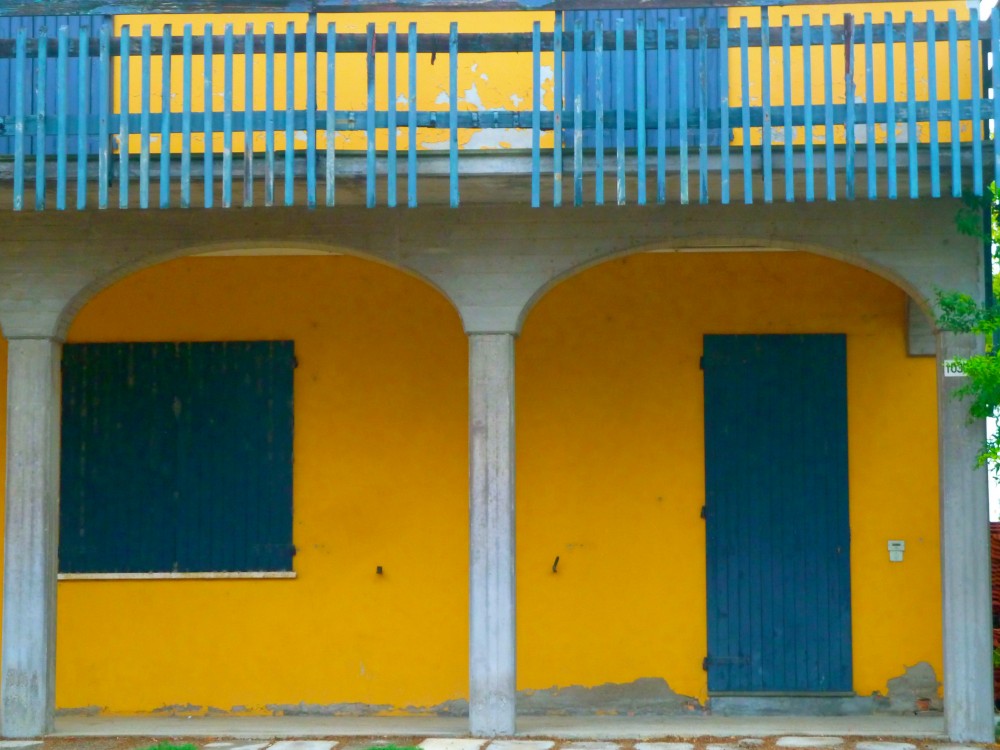 I would like to thank Ruenza Santandrea, Ricardo Castaldi, and Marco Nannelti for a wonderful day spent at the winery.

Get the Scoop on the Best Gelato in Rome

Disclosure: This post was a part of Buonvivere Blog Tour, organized by Settimana del Buonvivere in collaboration with 21grammy. 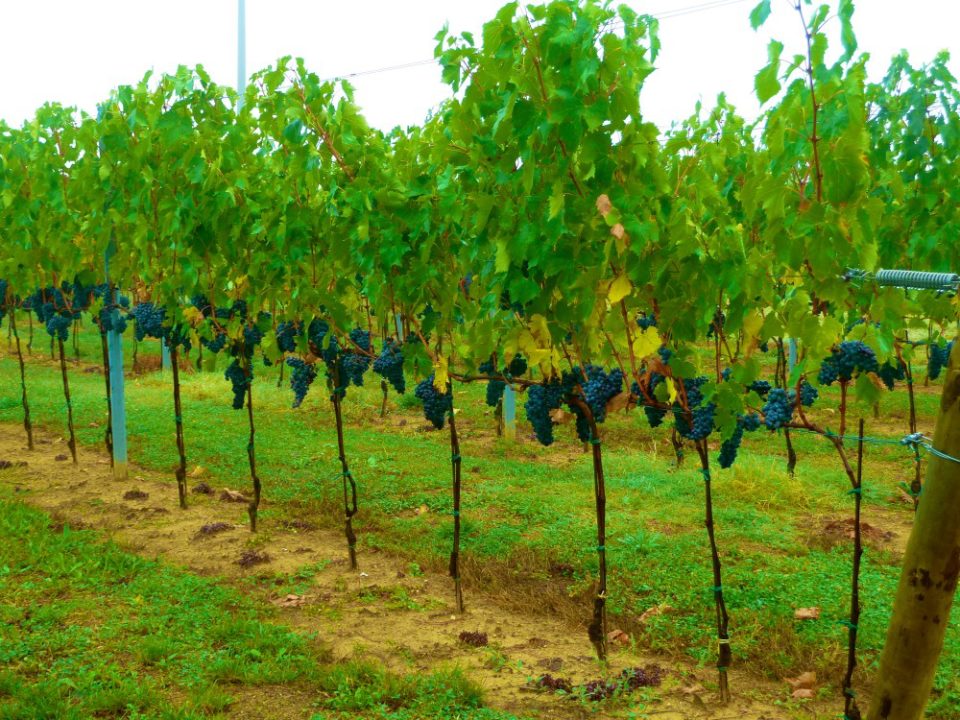