Home » Destinations » Europe » Italy » Rome » Get the Scoop on the Best Gelato in all of Rome! 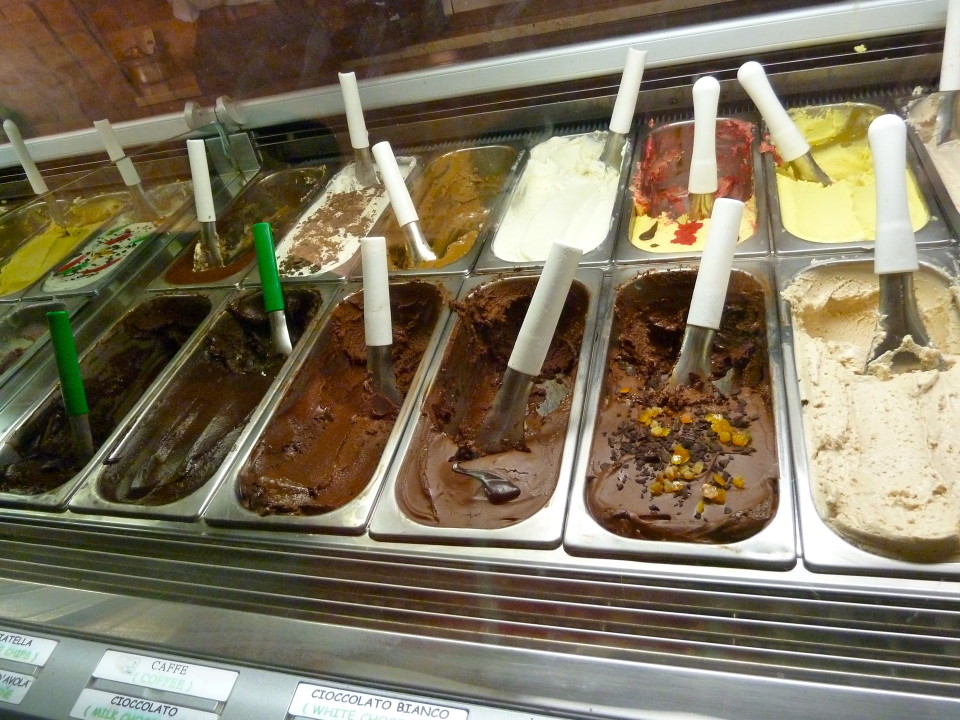 Looking for the Best Gelato in Rome!

We headed down Via dei Coronari knowing it was around here somewhere.  We had been here before and knew we had to find it again. We were somewhere near Piazza Navona when we ended up finding it tucked in an alleyway beside a  stone stairway with a secret-like entrance next to the Il Teatro Di Via De Coronari.

Italian Gelato in all of Rome! 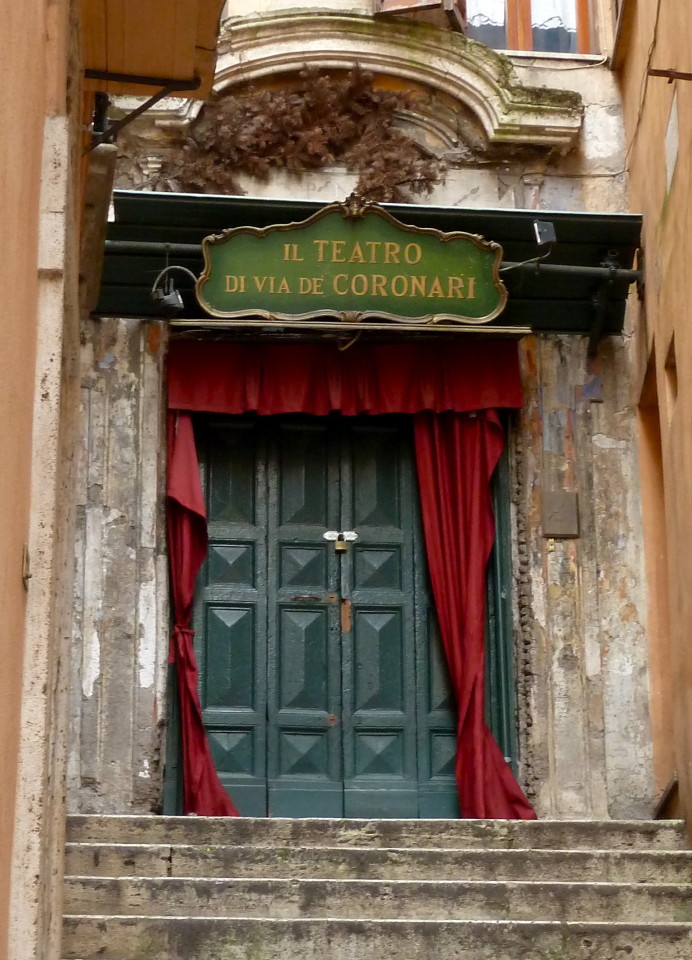 Unlike the famous gelaterias in Rome like Giolitti, which can be found by their long winding queues of tourists, this one has remained relatively unknown even though it has been written up as the best gelato in Rome several times.  When I asked the man behind the counter about it being the #1 gelateria in town, he acted surprised, of course, that was quite a few years ago now and so maybe he is used to it by now with a grin on his face! This street is the quintessential Roman cobble-stoned street and one of the best areas to get lost in.

Every time I come to Rome, I come here:

One thing is for sure, everyone loves to talk about the best gelato in Rome while I have been here. Gelato is as important to American tourists as it is to the Italian makers of gelato and the Italians themselves. The history of Italian gelato dates back to ancient Rome and Egypt where it was made from snow and ice brought down from the mountaintops. 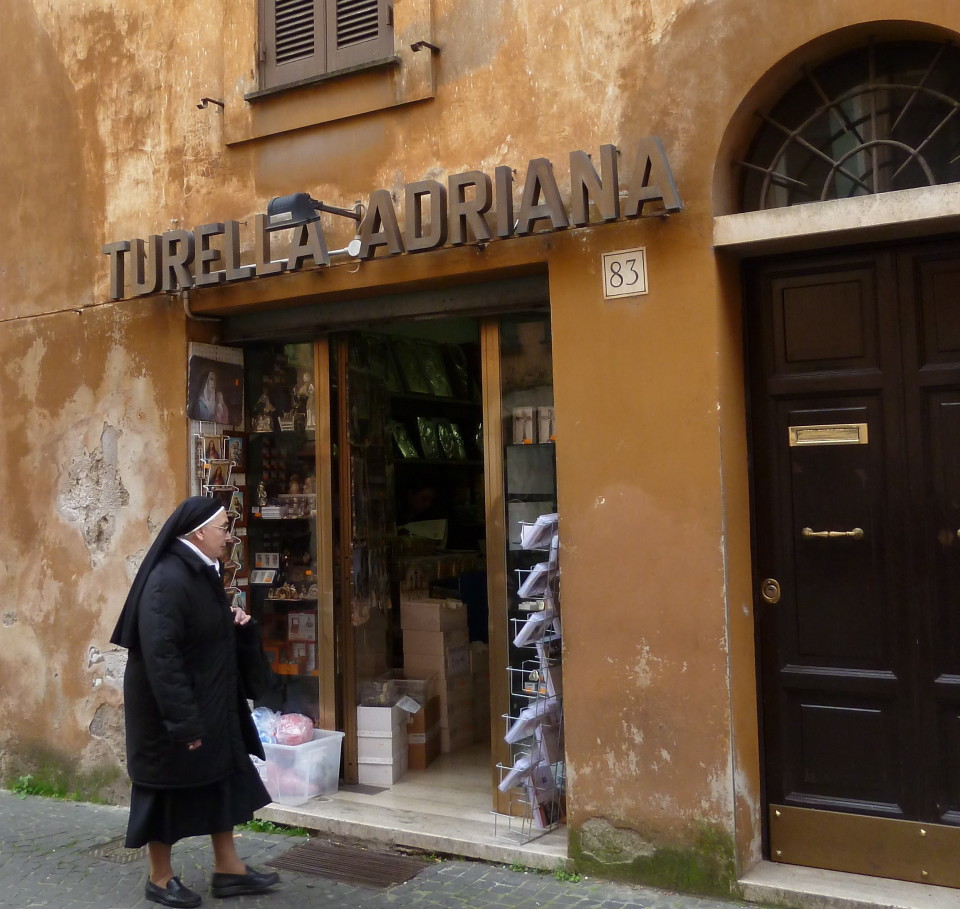 Nun looking for the Best Gelato in Rome

Bernardo Buontalenti, a Florentine architect is said to have invented the modern-day ice cream in 1565 and called it “gelato”. He presented his recipe and his refrigeration techniques to the Queen and quickly became a popular fella! I love that his last name means “good talent“.  Yes, I believe it is a good talent to invent gelato! Varese, Italy is the home to the first gelato cart, so gelato definitely has some Italian roots. 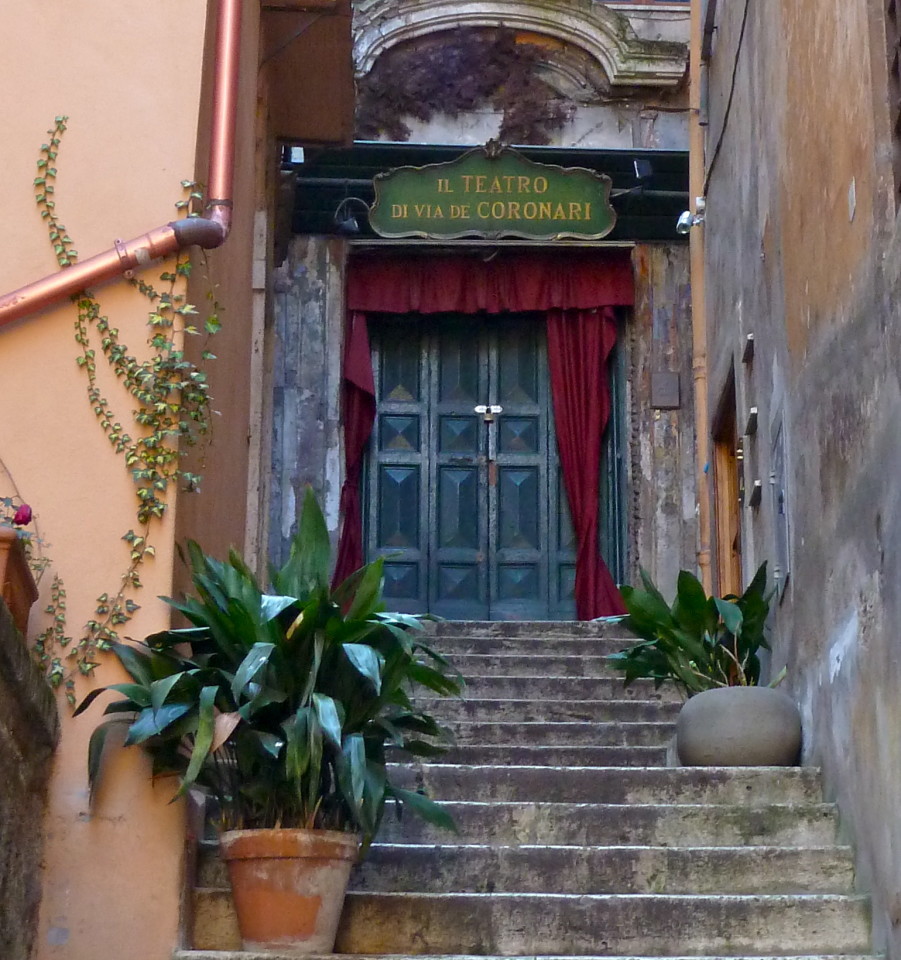 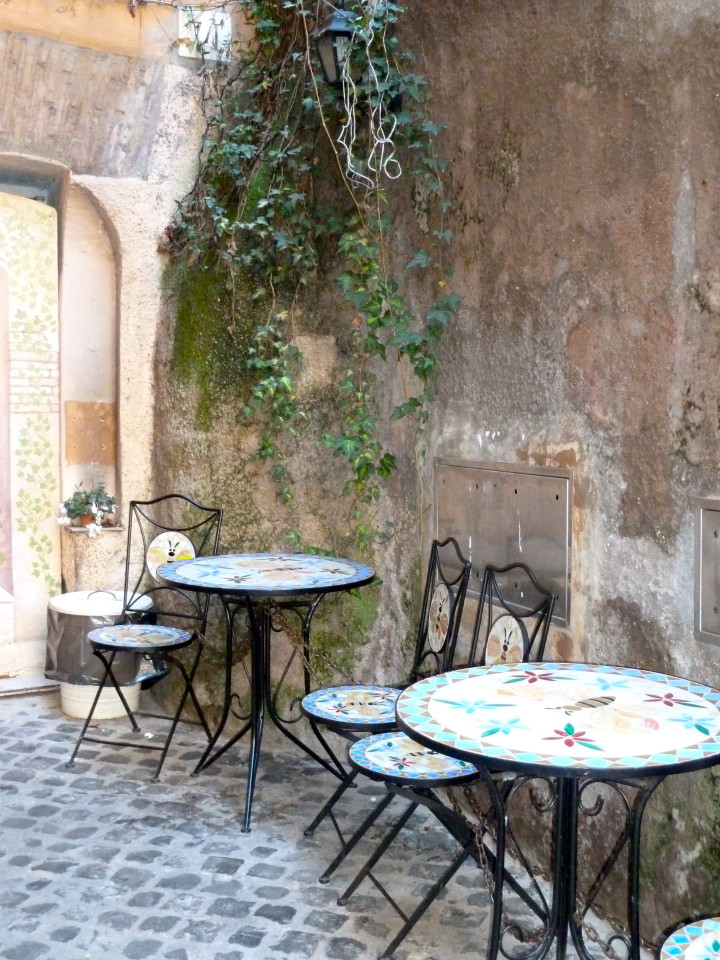 Did you know there is a gelato university in Bologna, Italy? Yes, you read that right! Apparently, people go there from all over the world to learn how to make gelato, so that they can open up a gelato shop in their city. Who knew? Gelato University in Anzola dell’ Emilia, near Bologna, was set up in 2003 by ice cream machine maker Carpigiani.  They teach students from around the world how to make gelato.

The secret behind the Gelateria del Tatro is the former pastry chef Stefano Marcotulli and his wife Silvia, who opened the best gelateria in Rome in 2006. They took the tradition of making gelato to a whole new level by seeking out the highest quality of all-natural ingredients, such as lemons from Amalfi, pistachios from Sicily, and hazelnuts from Piedmont.

With the nuts, they chop them up by hand into fine pieces for flavors like Ricotta, Almond Fig Fennel, and even Caramelized Almonds. If those don’t sound like they are up your alley? Then maybe you could try White Chocolate and Basil or Sicilian Wine Cream or even Garden Sage and Raspberry!  The list is endless. 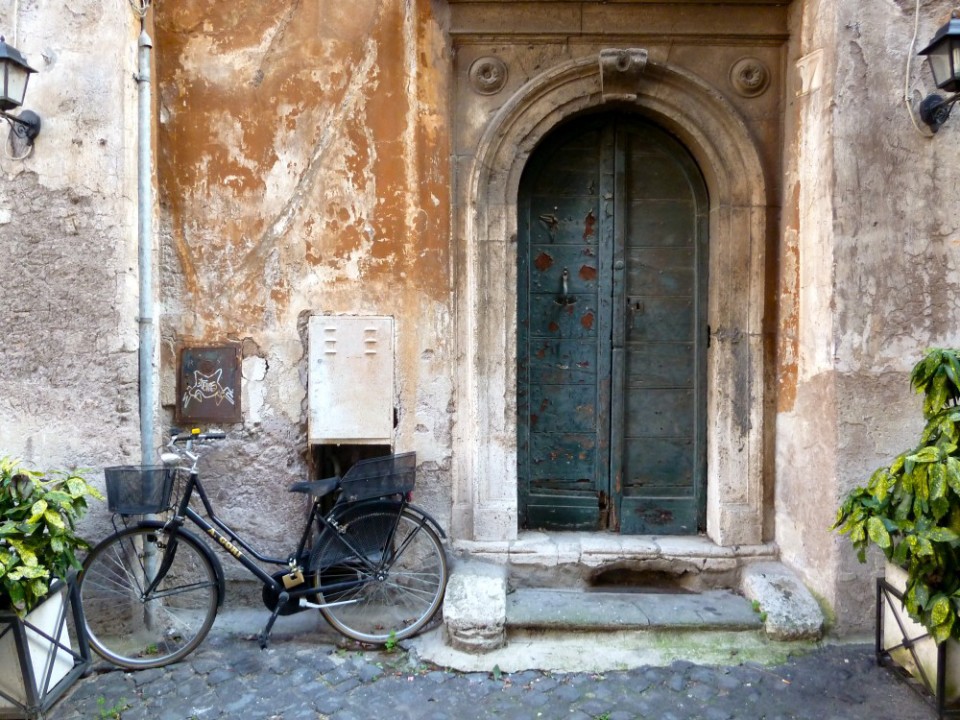 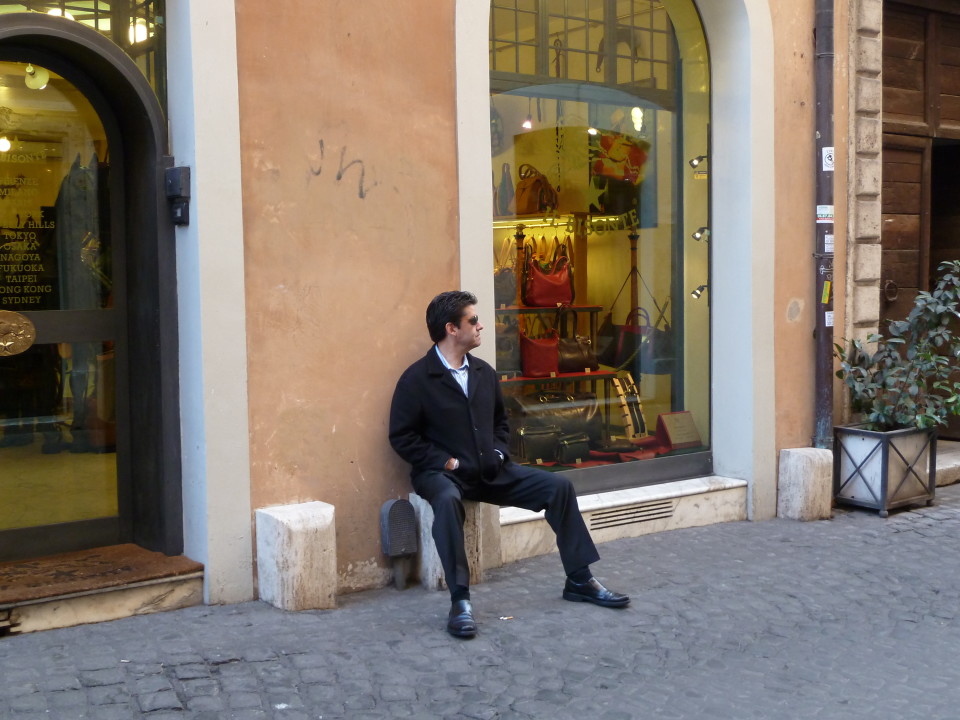 .There is only one thing my family does when eating our gelato in Rome:  no one speaks! 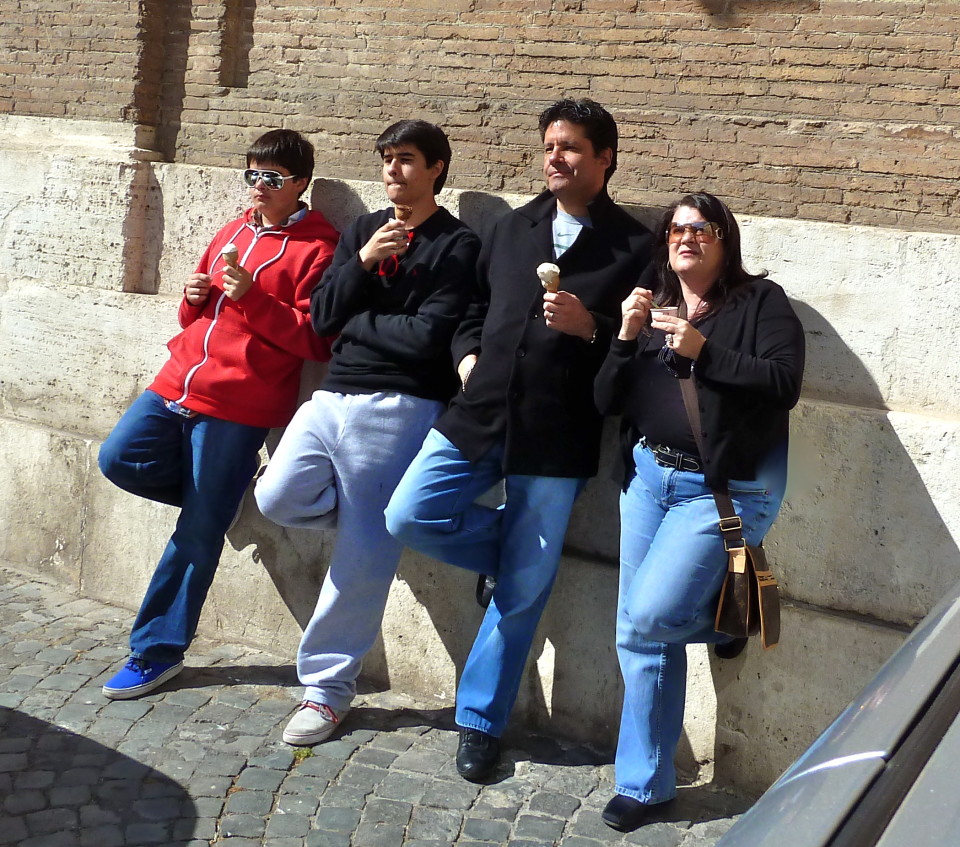 When in Rome, take a moment to duck away from the crowded piazzas and have yourself a little gelato, you can thank me later!

Italy and Its Liquid Gold

One of the Best Places to go in Italy

Make this Your Next Authentic Italian Vacation

We must think alike. My visit to Italy was like a grand tour of gelaterias!

There are so many wonderful gelaterias in Italy!

Wow, great post Cindy! We already liked gelato but now we love it after reading this post! You also made our sweet tooth even bigger ;) thanks for sharing